What is the Char-Broil Kettleman?

The Char-Broil Kettleman bills itself as the UK’s first infrared kettle BBQ. Its metal zig-zag grill allows fat to drip down but prevents flames and flare-ups from burning the food. The result is evenly cooked food, plus there’s no risk of small food items falling through the gaps in the grill.

It was slow to light, warm up and cook, but once the Char-Broil Kettleman got going, performance was very good. It’s difficult to determine whether this is the result of the infrared grill, but it certainly cooked our meat and veggies well. 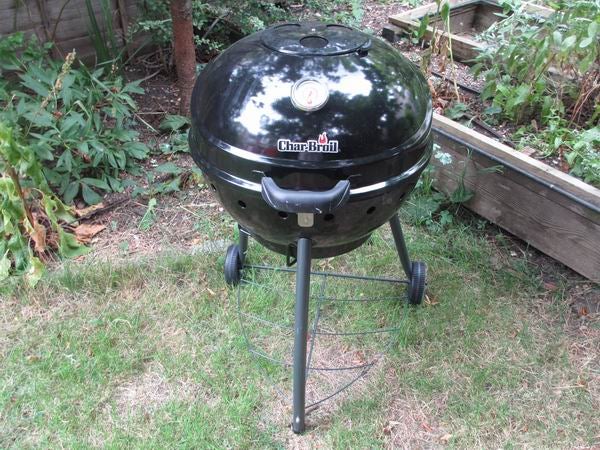 The Kettleman has a unique, porcelain-coated cooking grill that retains and radiates an even heat over its entire surface. Flames never come into contact with the food, but tiny holes in the grill enable the charcoal’s aroma and smokiness to come through for a traditional taste. There are no gaps in the grill, so cooking food such as shrimps and asparagus isn’t a problem.

Food is cooked evenly, and since there’s less hot air rushing upwards, food retains its moisture barrier, sealing in the natural juices of meat. In addition, any fat from food cooked above the grill won’t drop and cause flare-ups because it won’t hit the coals. 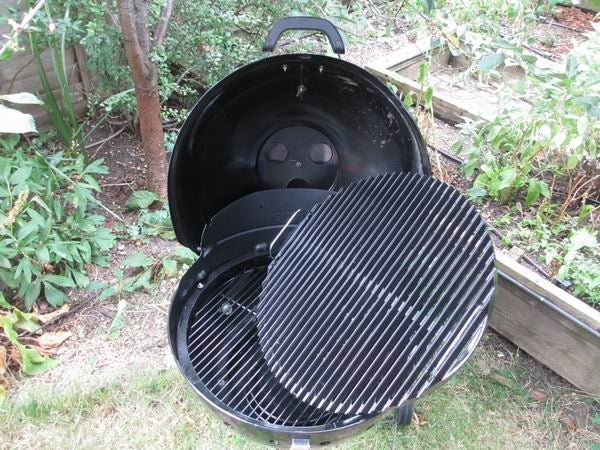 The coals are surprisingly close to the grill. As a result, you require less charcoal – two handfuls is plenty. In addition, the cooking height is higher than most, so you bend down less to tend to items.

We liked the hinged lid, which meant that there was no stress over where to put it down safely. The large, domed lid is suitable for roasting.

An ash collector sits beneath the body of the Char-Broil Kettleman to make cleaning easier, and unclips for easy cleaning. The Kettleman’s large air vents are superb for managing temperature, and the gauge mounted in the lid lets you monitor the cooking inside. 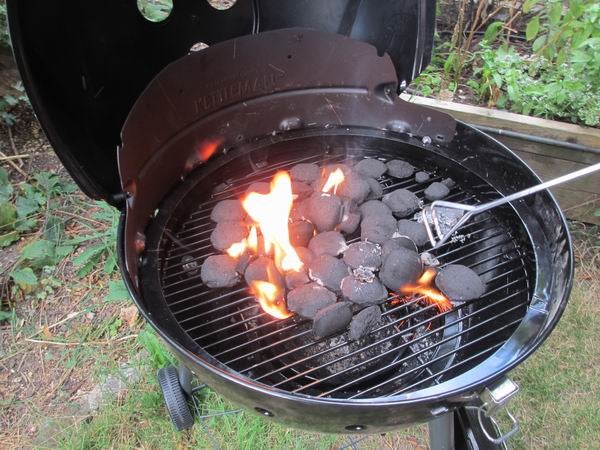 This Kettleman arrived assembled, but looks to take around half an hour to build from scratch. It’s solid, but like all kettle BBQs it’s top heavy. You can lock the lid down for safety and then use the handle to pull it around.

The cooking area is impressively large, but since the coals sit just below the grill, we feared for the results. Thankfully, our first impression was proved wrong. If anything, the Kettleman was slow to light and to get to temperature.

Cooking was on the slow side too, but that isn’t entirely a bad thing. It did the job and retained heat well. We found we could cook for a long time with only a small amount of charcoal. 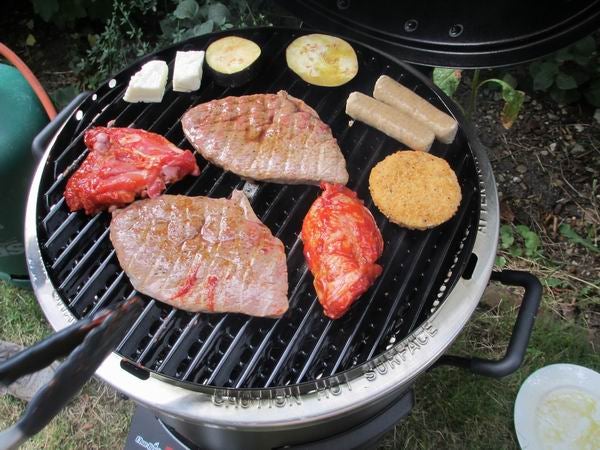 We liked that you can’t lose small food items through the grill – a godsend with our halloumi kebabs. The temperature gauge on the lid is a welcome addition too, injecting some rigour into our barbecue cooking.

It was hard to discern what difference the infrared grill made on the results. It definitely slowed down the cooking, but at first we found that food was a touch overcooked. With practice, however, it would be possible to perfect cooking on it because performance is consistent for a charcoal barbecue. 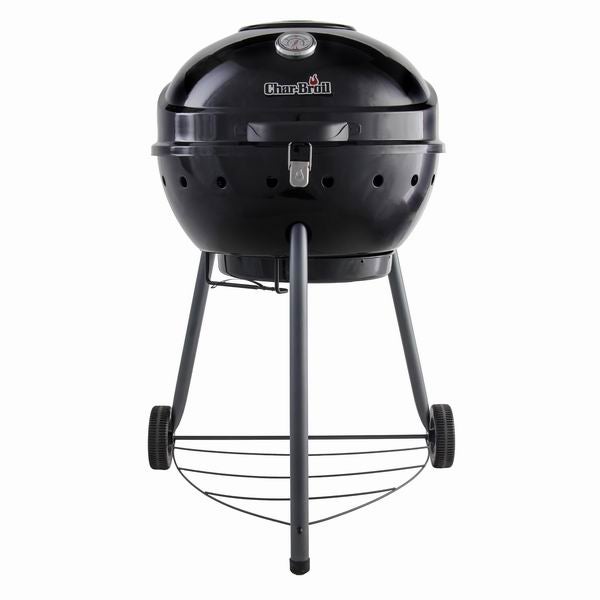 Should I buy the Char-Broil Kettleman?

Maybe. If you want a big charcoal barbecue that offers plenty of control over your cooking then look no further. It slowly but surely can feed an army with decent barbecue grub.

However, if you prefer gas cooking, it’s worth considering the Char-Broil Big Easy SRG.

This subtly impressive barbecue cooks slowly and surely for consistent results. Not a burned burger in sight.