The S41 is the latest uber-rugged smartphone from building-site veteran CAT. It’s a rugged handset with all the trimmings of a modern smartphone, aimed at DIY enthusiasts, white-van folks and people who regularly find themselves in hazardous environments.

It lacks the FLIR thermal imaging sensor that made the older CAT S60 so interesting, but by offering buyers exactly what it says on the tin, the S41 earns its place as one of the best ruggedised handsets yet.

The S41 has the same functional, chunky design as past CAT phones, which considering its target audience is no bad thing.

Unlike competing rugged phones, such as the “shatterproof” Moto Z2 Force, the CAT S41 has been unashamedly designed for durability, not visual flair or comfort in hand. Though you’re not going to see it gracing many red carpets or fashionistas’ hands, the design ticks all the right boxes when it comes to ruggedisation as a result.

Featuring a kevlar laced polymar chassis and Gorilla Glass 5 front, you’ll struggle to find a tougher handset than the S41. CAT lists as being capable of surviving from accidental drops to aquatic and sub-zero-temperature adventures.

Specifically, CAT claims the IP68-certified handset as being able to drops, not throws, from heights of up to 1.8 metres, any temperature between : -25C to 50C and prolonged submersion in water at depths of up to two meters.

I didn’t get a chance to take the phone down to 50m depths, but it easily survived an attempted at drowning in my bathtub with its port covers plugged.

Functionally the phone also ticks pretty much all the right boxes for its target audience. The front-facing physical buttons are a blessing for people who regularly us their phones with gloves on, aided by the screen’s dedicated “glove mode”. The underwater aquatic mode is another nice touch plumbers will likely find useful. 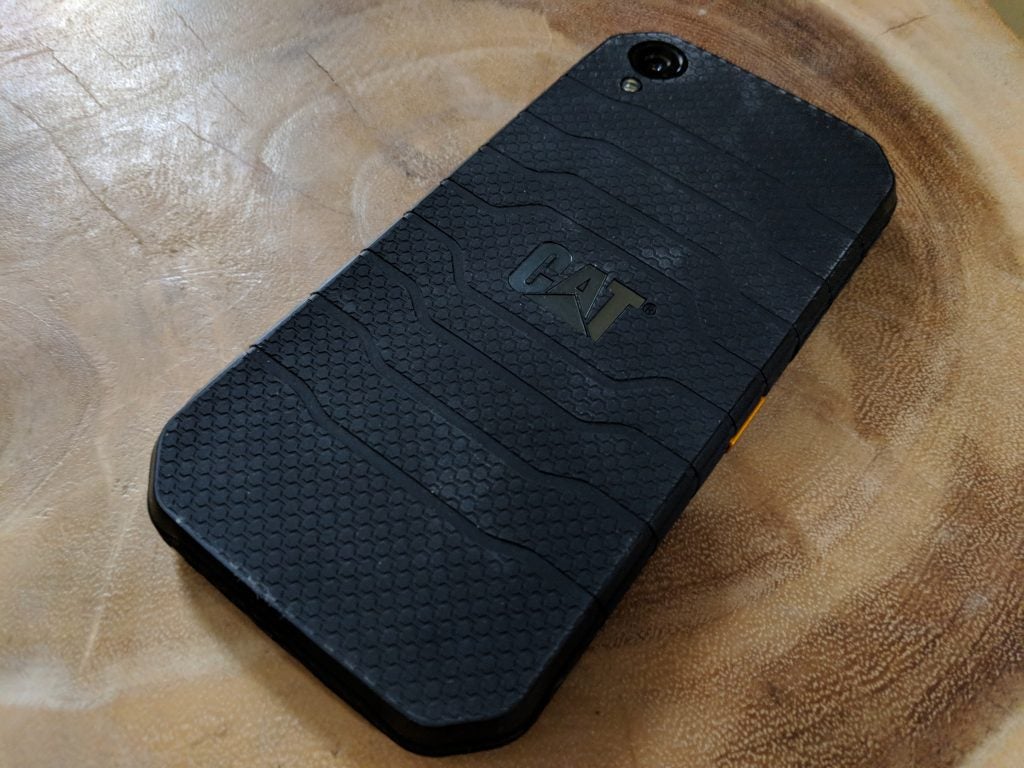 The mode is activated in the phone’s software shortcut menu and automatically opens the camera app. From there you can take photos and shoot video using the phone’s physical keys, which will be great for people using the phone to spot the source of a leak, for example.

I’m also pleased to see the physical programmable key make a return. This yellow key sits on the phone’s left long side and can be set to enact a variety of different tasks, ranging from turning on the flashlight to launching specific applications. CAT isn’t the first company to offer users a programmable key, but it’s a nice touch that will be beneficial to most professional buyers and DIY enthusiasts.

My only serious quibble with the S41’s design is its use of an older Micro USB charging port. With USB-C offering better charge and data speeds I can’t help but wish CAT had made the jump to the new standard. This is particularly true when you consider the fact that CAT’s made it so you can use the S41 as an external battery pack and charge other devices from it.

Screen quality is always one of the first areas sacrificed on ruggedised phones. To date nearly all the rugged phones I’ve tested have had fairly dull, washed-out, dim screens that, while functional, don’t hold a candle to most consumer-focused devices.

This largely remains the case with the CAT S41’s “Super Bright” 5-inch, FHD, TFT display. Though it’s called “Super Bright” the phone doesn’t come close to matching competing smartphones, like the Asus Zenfone 4, let alone mobile HDR-ready handsets such as the Galaxy S8 when it comes to max brightness.

The FHD resolution ensures everything looks suitable sharp, but colours are a little cool for my liking, and whites are far from the cleanest I’ve seen.

Fortunately the screen largely makes up for these compromises by being super-rugged. The screen managed to survive an accidental encounter with a falling paint can during a DIY session crack free. Outside of the Moto Z2 Force, I’m not convinced there’s another handset available that could survive the incident unscathed. 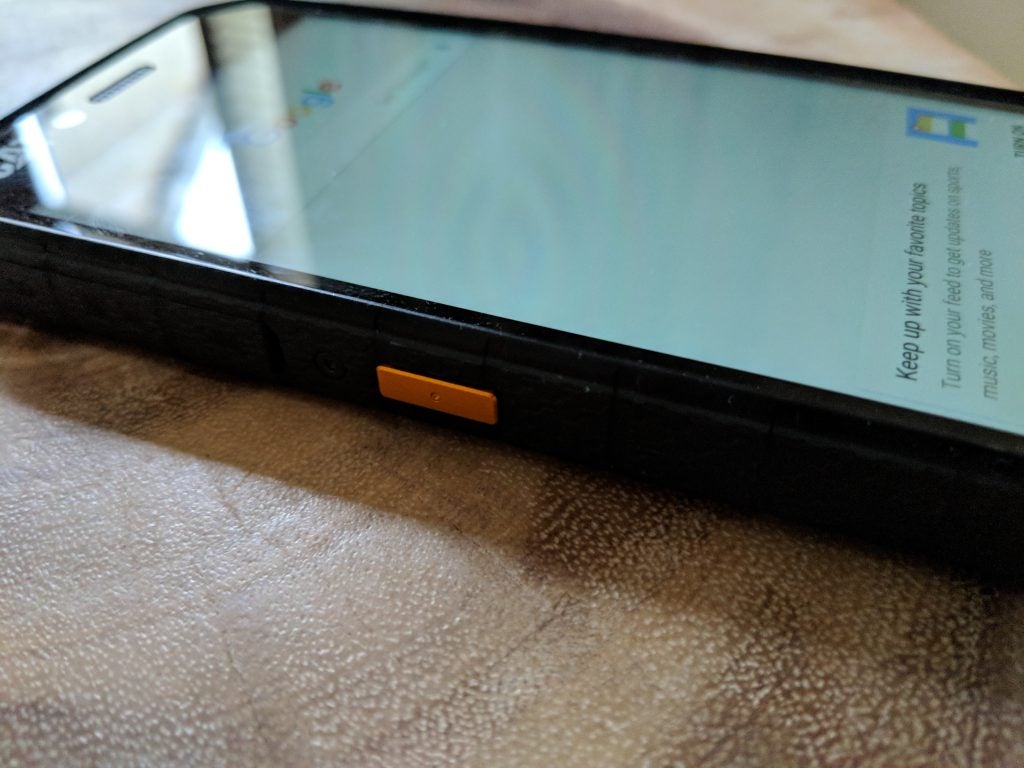 The CAT S41 currently runs on Google’s previous-generation Android Nougat software and there’s currently no official word on whether it will be upgraded to the latest Oreo build. Lack of Oreo aside, CAT has once again done a decent job taking a light touch to Google’s OS.

Unlike many competing companies, CAT has chosen to only make very light touches to Android’s native user interface and has kept duplicate applications and bloatware to a minimum. Outside of minor additions, like the aquatic mode, to the OS’s shortcuts menu, the UI is pretty much stock Android.

The selection of applications CAT’s added are also generally positive. Going through the app tray you won’t find any duplicate calendar or music apps. Instead you’ll find a wealth of DIY and industry-specific services that help boost the phone’s enthusiast and industry appeal. 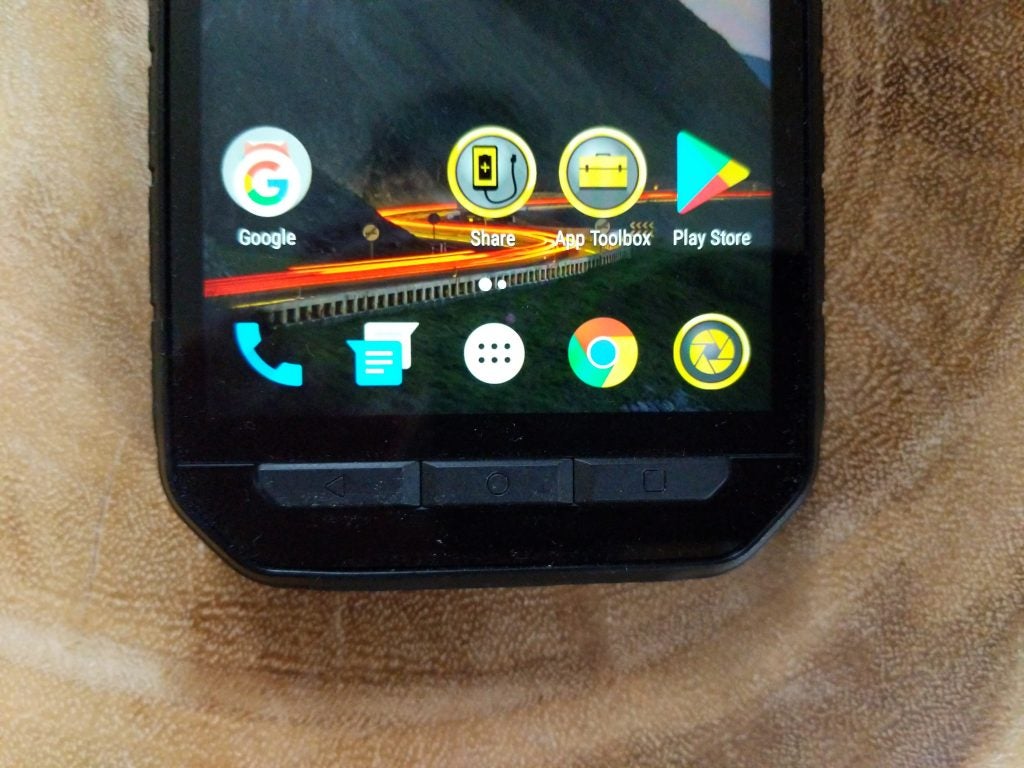 Highlights include the phone’s enhanced SOS Location Alert services, plus the Toolbox marketplace. The Location Alert is a safety feature that lets you quickly send out SOS messages with your location, or check on the whereabouts of team members when working in dangerous areas.

Toolbox is an app marketplace that collects useful services in specialised, CAT-specific categories. These include sections for specific industries like agriculture and construction, plus areas for interests, such as “rugged work” and sports.