The last few years have seen some of Japan’s biggest names attempting to resurrect tired franchises with the assistance of Western studios, not always with any great success. Still, for every Lost Planet 3, Resident Evil: Operation Racoon City and Bionic Commando, there has been the odd success, most notably Ninja Theory’s DMC: Devil May Cry and Mercury Steam’s Castlevania: Lords of Shadow. By combining the combat of a God of War or Devil May Cry with the vampire lore of Castlevania, then adding great monsters, creepy settings and colossal bosses, the latter became one if the surprise action hits of 2012, and laid the groundwork for what should have been a Castlevania revival.

That’s should have been, because Lords of Shadow 2 isn’t nearly so satisfying. It’s an accomplished brawler with high production values that’s genuinely great in parts, but it’s too baroque, too confused and too wildly incoherent to meet the standards set by its prequel. What’s good really is very good, but there’s not nearly enough of it. And the not-so-good stuff? Well, there’s far, far too much of that. 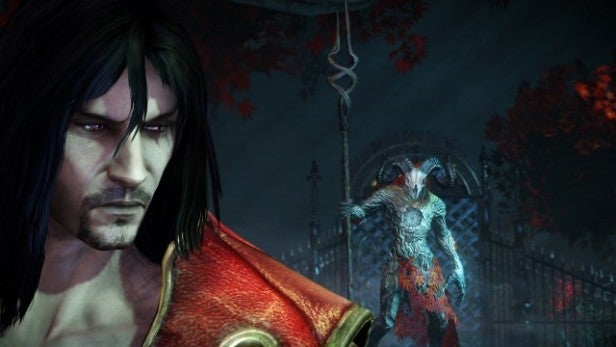 The whole concept bears much of the blame. Lords of Shadow was – ingeniously – an origin story, slowly revealing how the heroic Gabriel Belmont turns away from the light to become Castlevania’s Dracula, so cursing his line for generations to come. Lords of Shadow 2? Well, after many hours of play we’re still not entirely sure what it’s about. Gabriel/Dracula is struck down in a confrontation with good Christian invaders, who clearly take an exception to the presence of vampire princes in their midst, and awakens several centuries later in a skewed version of our modern world.

Aided by his old mentor, Zobek, still alive and going strong, Gabriel is pulled into a new conflict with the acolytes of Satan, who seem determined to end the world with some unholy chemical weapons. Weakened, Gabriel must regain his full vampire powers before taking on Satan’s forces. To do so, he must fight not only in the modern world, but in a ghostly version of the medieval world that lies beneath it.

The first problem is that Gabriel, his vampire powers and his sorcerous weapons feel much more at home in the Gothic fantasy settings of the castle than in the rather drab, industrial settings of the modern world. This wouldn’t matter if a) the game played on the contrast or b) the modern settings were more inventive but a) it doesn’t, with Gabriel seeming to take centuries of technological progress in his stride and b) they’re boring to look at and not much fun to explore. We’re not sure we even understand the plot. We are sure that we don’t care. 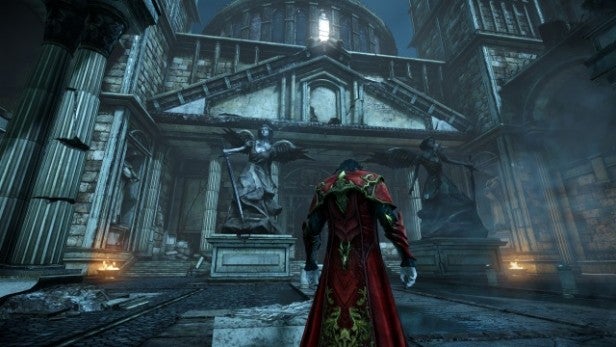 That’s a shame, because there are periods when you’re exploring the castle and the hellish regions that surround it where you can glimpse the game Lords of Shadow 2 might have been. Where Lords of Shadow was fairly linear and very much combat-driven, the best bits of the sequel give you more scope to explore and a bigger focus on exploration, with the kind of platforming and simple puzzle-solving that harks back to the Castlevanias of yore.

It helps that Gabriel has a fairly rich set of powers. To begin with he’s equipped with a kind of demonic whip, but fairly soon he’s back at the top of his game with a health-stealing sword (with added freezing powers) and armour-wrecking claws (with a handy bomb add-on). He can throw out bloody daggers or confound enemies with swarms of bats, and he has a handy ability to transform into a rat and lead a mini-swarm through grates and vents, Dishonored-style. 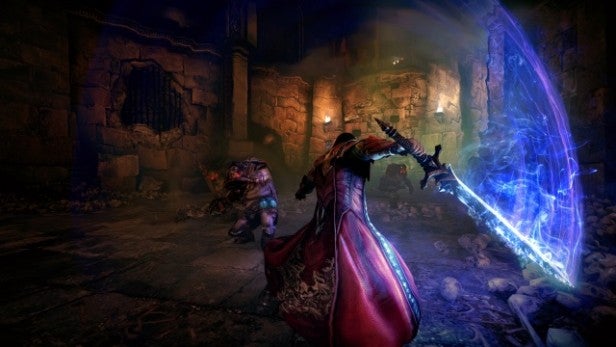 The combat is also pretty good, pushing you to quickly switch weapons to tackle different enemies, master combos and keep filling your magic energy meters, which you’ll need to use the claws and sword. There’s a nice rhythm of blocks, dodges and counters, and as you build experience and unlock new combos, you begin to feel like a real bloodsucking badass. It’s not quite God of War or DMC standard, but it’s close.

We should also applaud some other things Lords of Shadow 2 gets right. It has horrible, obtrusive quick-time events, but for once you can actually switch these off, along with on-screen hints and other unwanted gaming mod-cons. Boss battles are actually a high point, with even more gargantuan bosses to fight than the original and a reasonable difficulty level. With the odd exception, they’re satisfying without driving you up the wall. 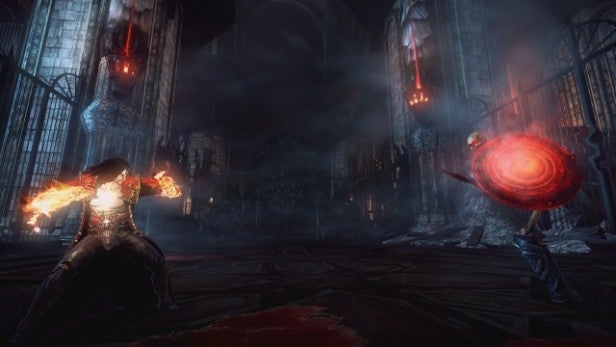 Beyond this, however, things go horribly wrong. Come on, hands up, who thought stealth sequences featuring insta-kill guards were a great idea? Not only do the oversized armoured goons look like Quake 2’s Strogg, but it seems ridiculous that Gabriel can’t just rip through them when he’s sliced and battered his way through several screen-filling bosses already. Why add a mechanic where you can shift between the two worlds if you’re not going to use it to do anything interesting? It’s not like there aren’t enough great dual-world games to learn from. Why hire top-grade actors – Robert Carlyle plays Gabriel and Patrick Stewart phones in Zobek – if you’re not going to give them decent dialogue? And why pad things out with so many tedious, needlessly-protracted sections when you could have had a better game that lasted half the time?

Even visually, Lords of Shadow 2 can’t get things consistently right. For all the fine Gothic art-design in Gabriel’s costume and the castle, some of the character models are horrific in all the wrong ways, and the architecture and textures in the modern setting couldn’t be more generic or bland. If Lords of Shadow felt like the work of a small studio punching above its weight, this feels like the work of the same studio stretched to breaking point.

Verdict
Lords of Shadow bought the classic vampire series back to life, but the sequel seems hell-bent on putting it back six feet under. Somewhere in here there’s a decent game with strong mechanics and a rich, Gothic art style, but it’s buried beneath an incomprehensible mess of a story, an ugly modern setting and a mass of unnecessary flab. A grave disappointment.