Back in April last year I reviewed the Casio Exilim EX-Z80, at the time the smallest and lightest ultra-compact digital camera on the market. Casio has now launched a replacement model sharing the same 19mm-thick 100g body but upgrading the sensor from 8.1 to 9.1 megapixels. Not too surprisingly they’ve called it the EX-Z85.


There are a couple of even thinner cameras on the market now, including the 16.4mm Sony DSC-T700 and the newly-announced Canon Ixus 100 IS, which beats the Casio by a whole 0.6mm, but at 89.7mm long and 51.7mm tall the Z85 is still one of the smallest cameras around, and with a price of around £100 it is less than half the price of either of those two models. 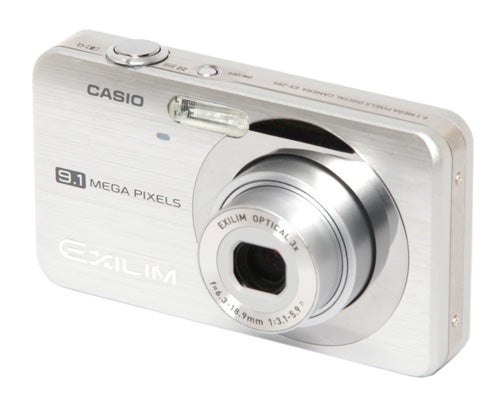 Despite its tiny dimensions the efficient control layout and textured thumbgrip give the Z85 surprisingly good handling. The 2.6-inch monitor screen leaves room for four decent-sized buttons and a conventional round D-pad, with a separate button to activate the video recording mode. The zoom control is a rotary bezel around the shutter button, and is quick and responsive. The only slightly fiddly control is the power button, but at least it won’t get switched on accidentally. 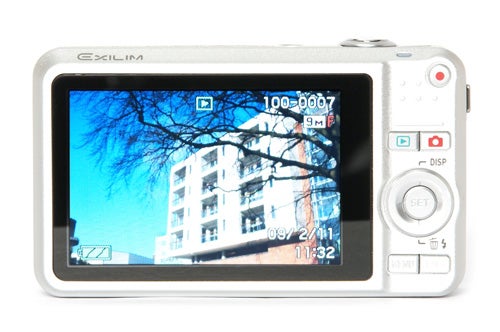 The body is all aluminium, and despite the low weight the camera feels solidly robust. It is available is a wide range of metallic colours, including blue, brown, orange, green, black, two shades of pink and the plain silver finish shown here, although not all colours may be available in all territories. All the colours are finished in a pleasant brushed texture, with chrome and steel highlights.

The basic specification of the Z85 is fairly unremarkable. It has a 1/2.5 inch 9.1-megapixel CCD sensor, a flush-folding 3x optical zoom lens equivalent to 38-114mm, and the 2.6-inch 16:9 ratio LCD monitor has a resolution of 114k dots, which is pretty low-res by recent standards. It has no mechanical image stabilisation, no AF assist lamp, and no manual exposure options. However it does have a few interesting features that are unique to Casio, and set the Z85 apart from other budget compacts. 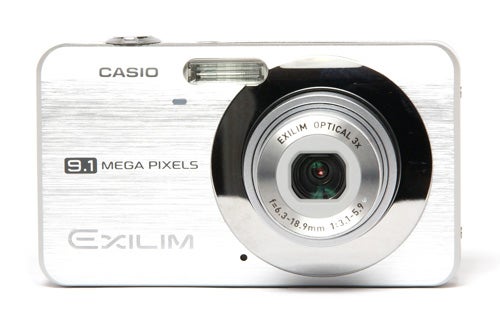 Like most of Casio’s other cameras the EX-Z85 has a permanent on-screen control panel which displays a row of icons down the right side of the wide-format screen. The panel is activated by pressing down on the D-pad, and can then be navigated like a normal menu. It provides instant access to a range of commonly used shooting functions such as picture size, drive mode, flash mode, face detection and ISO setting, and also controls the Z85’s stand-out feature, the innovative auto-shutter system.


The auto shutter has three settings. The first, smile detection, is an increasingly common feature found on a number of other cameras, but far more useful are the two motion-detection options. The first setting prevents the camera from taking a picture if it detects motion blur caused by either camera or subject movement. The second setting does the same, but only in the vertical axis, useful for panning action shots. The trigger sensitivity of the auto-shutter feature can be adjusted, but the default medium setting seems to work best in most circumstances. The Detect Blur auto shutter setting actually works surprisingly well as an alternative to a more expensive image stabilisation system. The delay in taking a picture can be a little frustrating if you’re not expecting it, but it does eliminate 90 percent of motion-blurred shots. 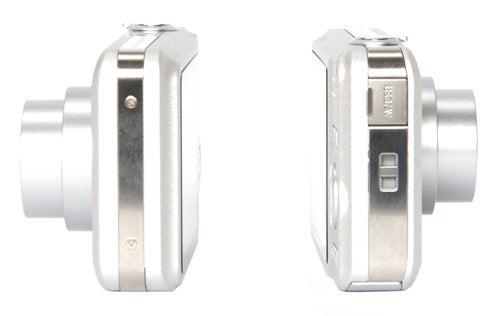 The main menu is clear, concise and responsive, and also provides a number of useful features, such as spot or tracking AF, a range of self-timer options and custom options for the left and right directions on the D-pad. It also has the option to replace the focus point indicator, normally a boring green box, with a different icon, such as a butterfly, a candle, a heart or what appears to be a gingerbread man. I have no idea why, but then again why not?

Casio cameras are well known for their outstanding performance, and the Z85 is no exception. It starts up very quickly in around 1.5 seconds and shuts down again in about the same. In single-shot mode it can capture a picture every 2.2 seconds, which is about average for its class, while in normal continuous shooting mode it can take a shot every 1.2 seconds, which is pretty quick for a sub-£100 camera. It has a flash continuous mode which takes a quick burst of three shots with flash on each shot, and a high-speed continuous mode which can shoot at approximately five frames a second, but this is limited to a resolution of 2MP.

Casio’s autofocus system is still one of the fastest on the market, and in most lighting conditions the Z85 will focus in a fraction of a second. It works well even in very dim lighting, but unfortunately the lack of an AF assist lamp means it can’t focus once light falls below a certain level, and has major problems in nightclub conditions. If I had to suggest one improvement for the Z85, it would be to add an AF assist lamp, since its lack limits the camera’s usefulness in many social situations.


The Z85’s only real weak spot is its overall picture quality. It has a number of good points, including reliably accurate exposure, colour reproduction and automatic white balance, and the low compression rate in the high-quality Fine mode produces reassuringly large and artefact-free image files, but unfortunately there are problems with image noise even at the lowest sensitivity setting, which get progressively worse as sensitivity is increased. The maximum sensitivity is only 1600 ISO, which is pretty low by recent standards, but even at this setting it is pushing the boundaries of usability. The lens also has some problems, with significant barrel distortion at wide angle and very poor sharpness towards the edges of the frame. 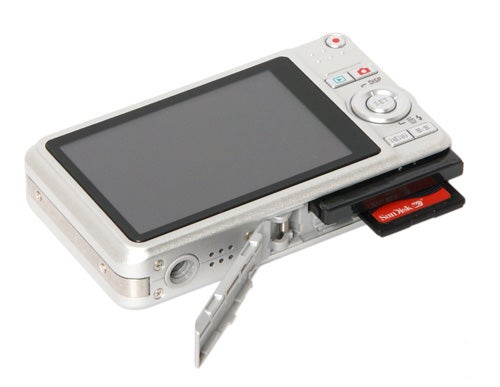 The Casio Exilim EX-Z85 is close to being the perfect pocket compact. It is incredibly compact, solidly made, very easy to use and has excellent all-round performance. Focusing is quick and accurate, but the lack of an AF lamp limits its usefulness in some situations. Unfortunately it is let down by inferior image quality, especially poor lens performance and image noise problems. 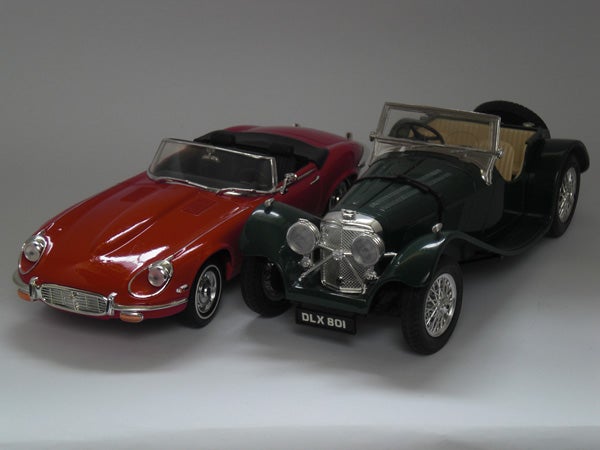 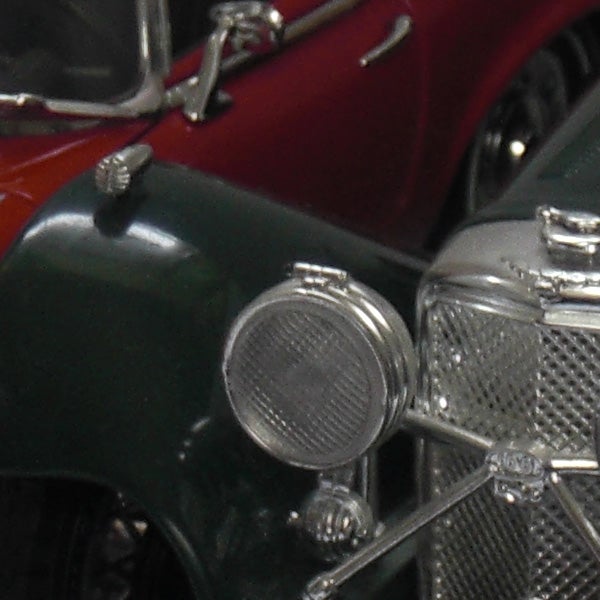 The Z85’s limited minimum shutter speed has resulted in noticeable under-exposure at 64 ISO, and even at this setting there is some image noise visible, in the colour mottling on the coloured areas. 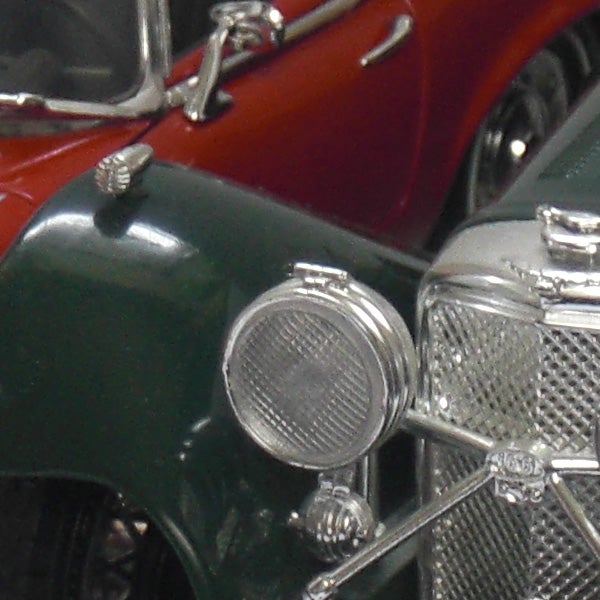 Exposure is more accurate at 100 ISO, but the noise effects are still visible. 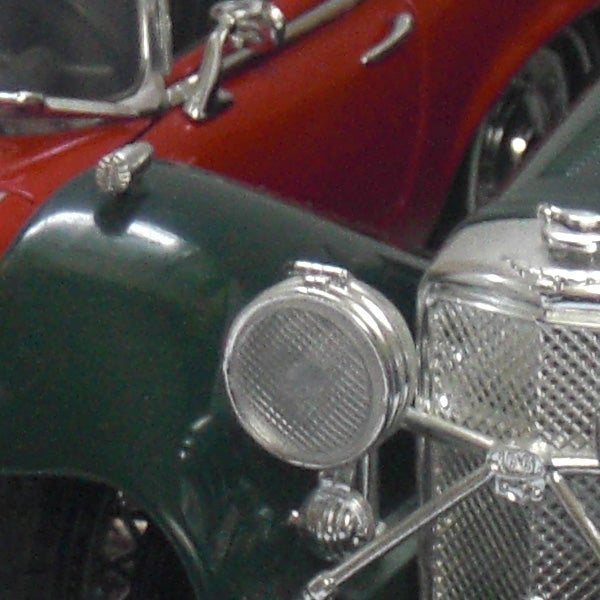 Noise is slightly worse at 200 ISO. 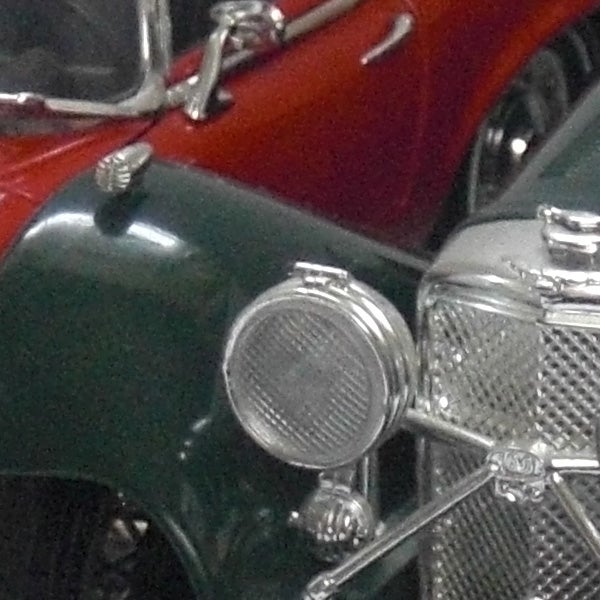 More noise at 400 ISO, but at least the overall expsoure and colour balance is still accurate, and the actual level of detail isn’t too bad. 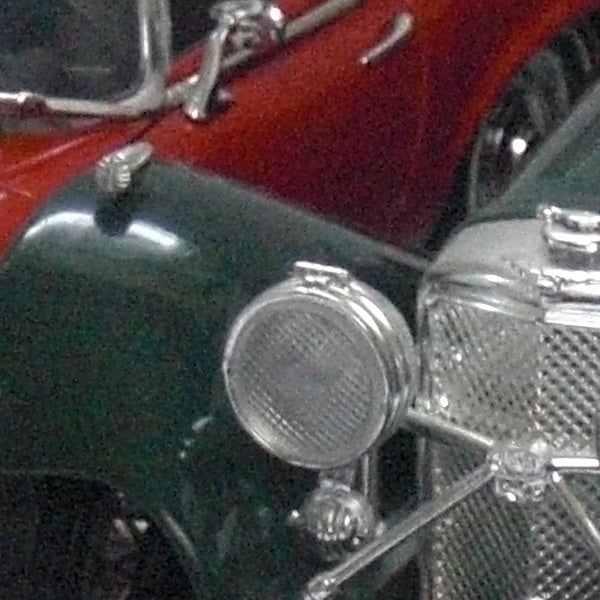 At 800 ISO the noise is becoming a real problem, and a lot of fine detail has been lost. 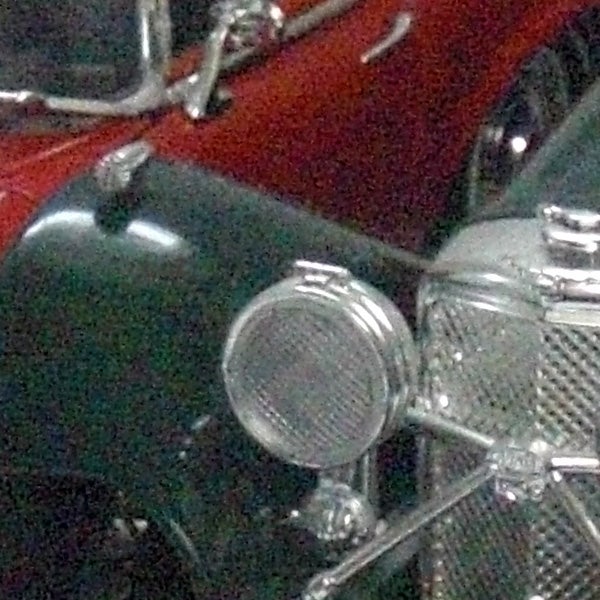 At 1600 ISO the noise is really bad, and the picture is barely useable. 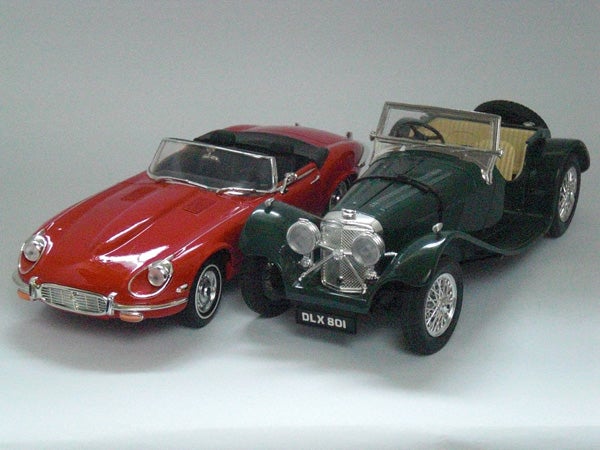 This is the full frame at maximum sensitivity. 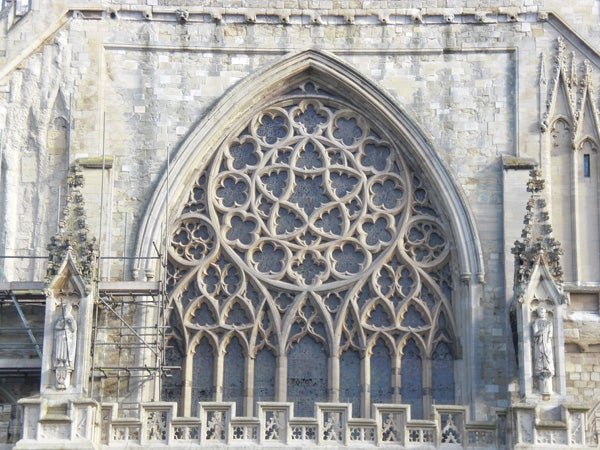 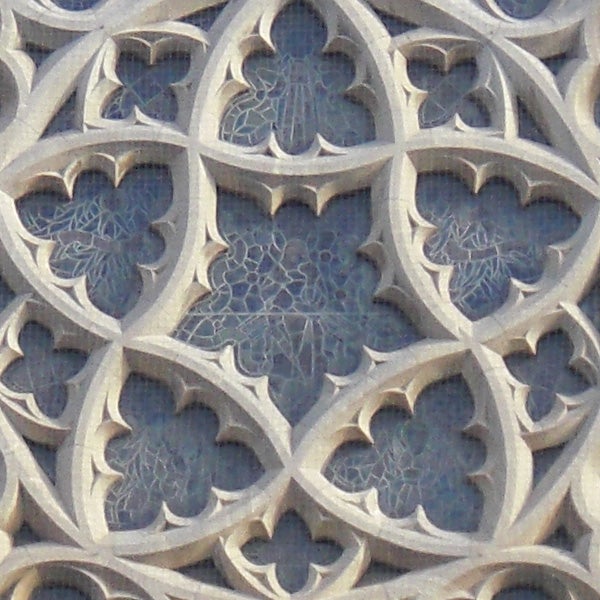 As you can see the Z85 has real problems with the fine detail. The anti-bird netting is barely visible due to image noise.Compare it with the 10 megapixel Pentax M60, which is about the same price. 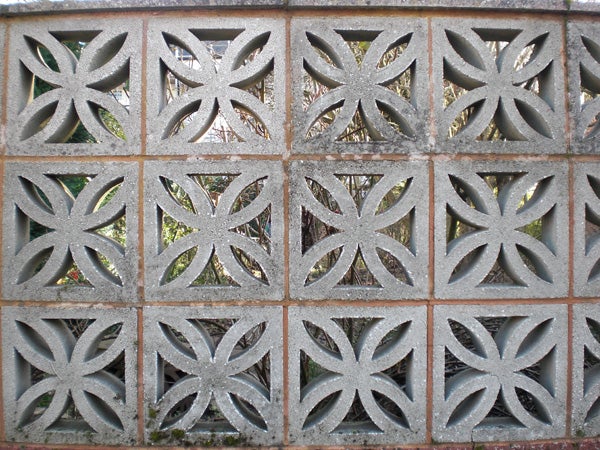 The Casio’s lens produces quite a lot of barrel distortion at wide angle. 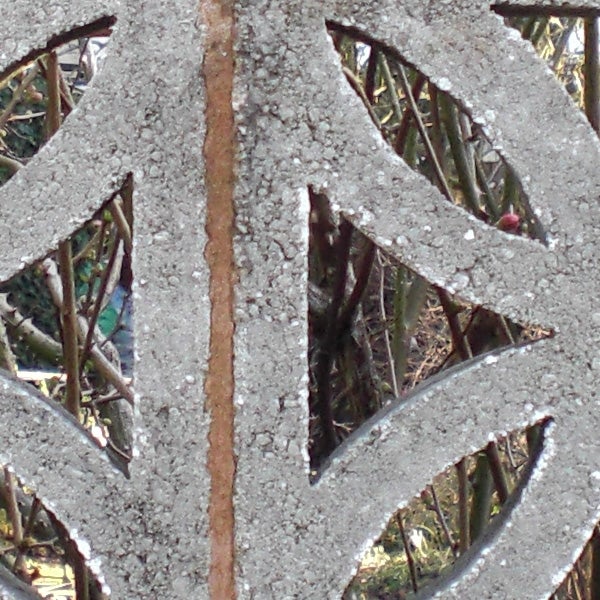 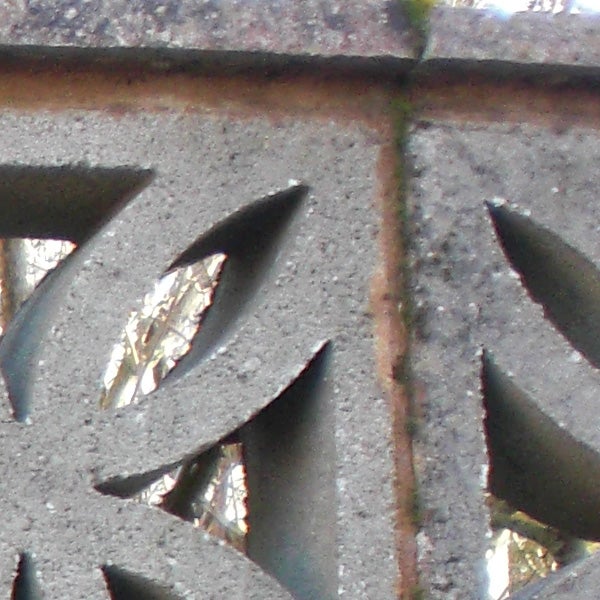 Corner sharpness is terrible, but at least there’s not much chromatic aberration. 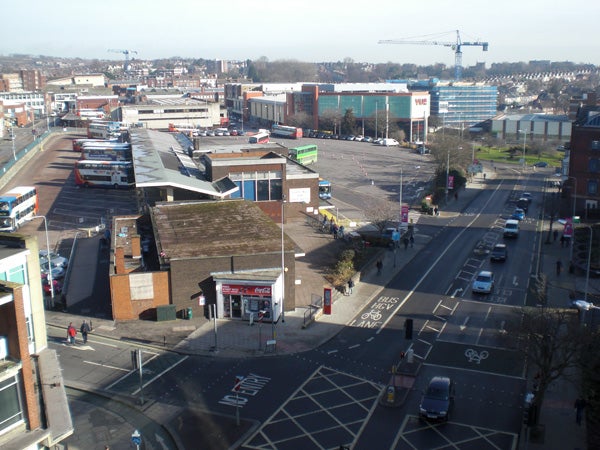 The wide-angle end is equivalent to 38mm, which isn’t really very wide at all. 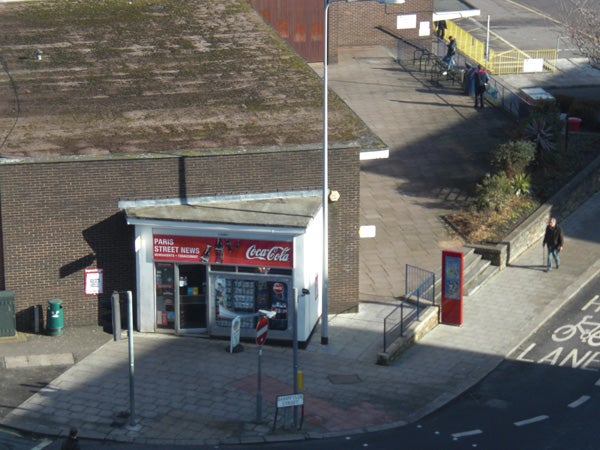 The telephoto end is equivalent to 114mm, about average for a 3x zoom lens. 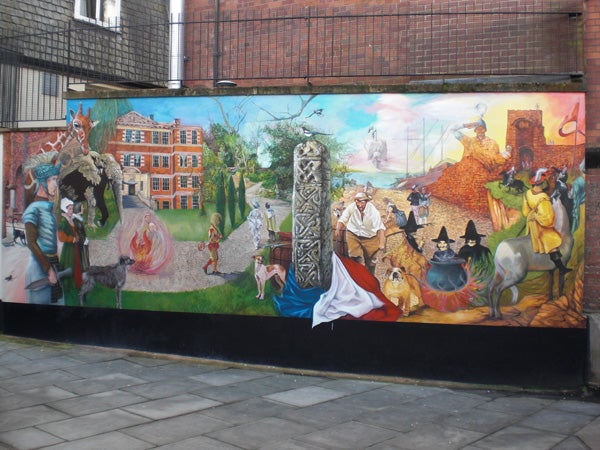 Despite its other image quality problems, at least exposure metering and colour reproduction are nice and accurate. 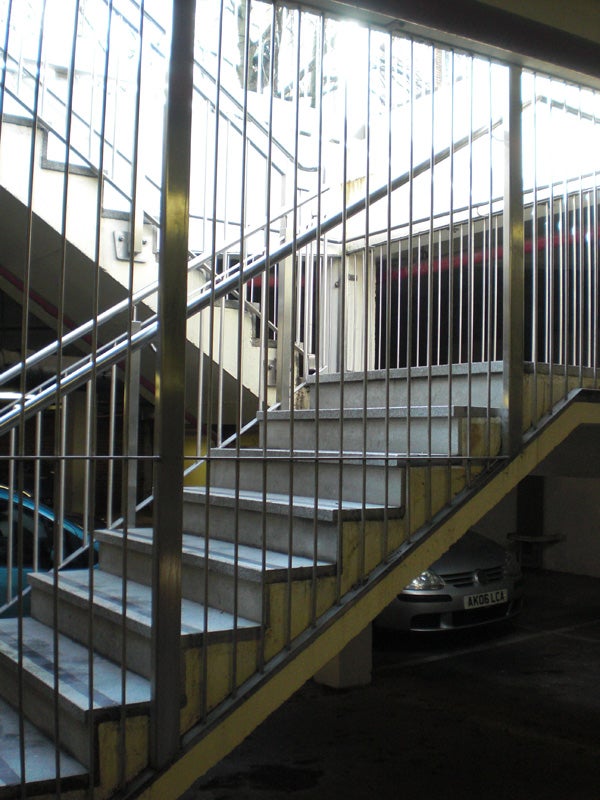 Although the bright highlights have been burned out, there is plenty of shadow detail in this high-contrast shot.