Before Casio’s new models for this Spring go on sale, I’ve just got time to review a couple of last year’s models. I’ll be reviewing the EX-Z1080 next week, but first I’ve got this, the Exilim EX-Z77. At 7.2 megapixels with a 3x zoom lens it’s towards the lower end of the spectrum of current compact cameras, and with a retail price of a little under £100 it is practically a budget model. 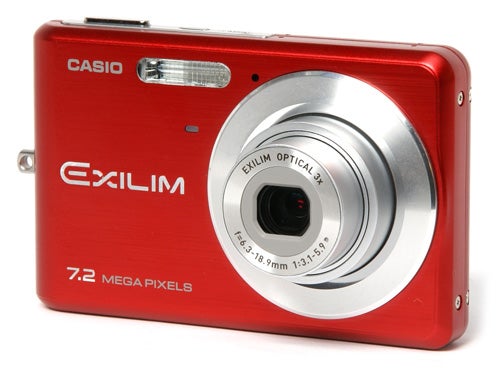 Casio used to have the low-price ultra-slim style compact market almost to itself, with only Pentax’s Optio range and the now defunct Minolta Dimage X range as serious competition, but in the past couple of years more and more of the other manufacturers have been expanding their ranges into this area, and cameras like the Z77 have a lot more to live up to. Admittedly some rivals such as the dismal Olympus FE-230 (£120) won’t be giving Casio execs many sleepless nights, but others such as the Nikon S200 (£105), Canon IXUS 70 (£116) and the Sony W80 (£123) are more serious competitors. The threat from traditional rival Pentax has reduced somewhat with the shrinkage of that company’s compact camera range, but it does still have the 8-megapixel Optio M40 at £125. 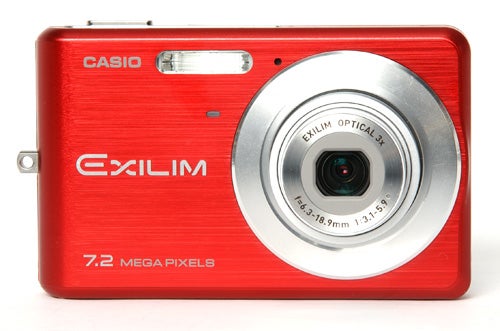 Casio has been making cameras like this for a long time, and has got it down to a fine art. The Z77’s body is all aluminium with a brushed finish, and is available in a range of colours, including silver, blue, pink, black and the red version I’ve got here today. Build quality is first rate, and the overall design is clean and functional with a sleek high-tech style. It is extremely slim, measuring 95 x 59 x 19.8mm at its thickest point, and light too, weighing just 118g without battery or card. The lens folds flush with the body and it will easily slip into a shirt pocket. The body of the camera appears to have been designed for a bigger monitor than the none-too-sharp 2.6-inch 114k widescreen with which it is equipped, and the viewable area of the screen has a wide border around it. As a result of this oversized frame the controls on the back panel are a bit cramped over on the right hand side, and the left side of the D-pad is awkward to press, but the buttons are large enough and have a nice positive feel. In one clever touch, the playback and record buttons above the D-pad are recessed slightly, so that they don’t get pressed accidentally by your thumb while holding the camera. For an ultra-slim compact, the Z77 is quite comfortable to handle.

The Z77’s features are basically the same as all of Casio’s previous Exilim compacts for the past year or so, and to be honest what was pretty clever stuff in 2006 is beginning to look a bit staid. Some rival ultra-compact cameras are now being fitted with effective image stabilisation systems, but all the Z77 offers in the way of special features is face recognition and a YouTube video mode. It has “Anti-shake DSP”, but this just boosts the ISO setting to maximum to give a faster shutter speed, with corresponding reduction in image quality. The YouTube video mode is interesting, because it uses the advanced H.264 compression algorithm, however YouTube currently displays video clips using the lower-quality H.263 format, although it is likely to change to the H.264 at some point. At least your movies will be ready when this happens. 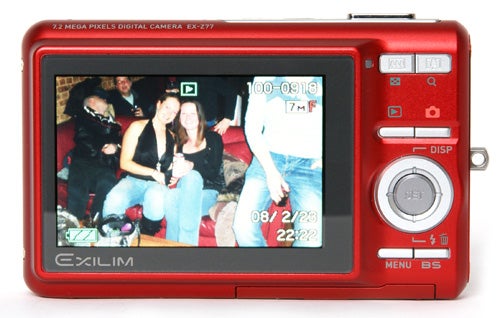 What it does offer is 41 “Best Shot” scene programs, including some genuinely useful ones, such as ID photos, whiteboard capture and a couple of special video modes. It also has the same menu system as most recent Exilim cameras, but that’s OK because it is a very good one. In shooting mode there is a permanent row of icons down the side of the monitor screen, allowing quick and easy access to all the frequently used shooting options, such as image size, ISO setting, flash mode, white balance and exposure compensation. I’ve always liked this control system, and find it very easy to use.


There are a number of useful features in playback mode as well, including the option to adjust colour, white balance, brightness and even dynamic range, although this last is of strictly limited effectiveness. There is also an option to correct skewed perspective, saving the corrected image as a new file. 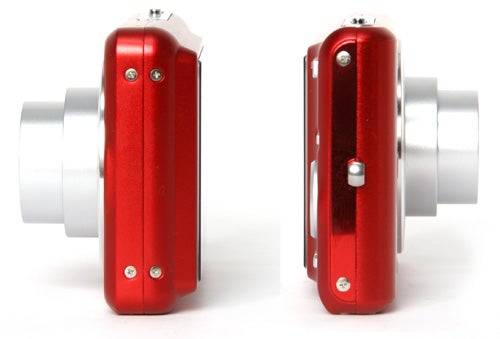 The EX-Z77 features the same face recognition system as the EX-Z1200 which was launched at the same time. It’s a very clever system which uses face detection pattern-recognition to attempt to recognise the pre-recorded faces of your friends and family and give them focusing and exposure priority in group shots. It does work, and it is technologically enormously impressive when it does so, but it is very unreliable under all but ideal circumstances. It also seem to be unable to recognise some people as having human faces, which can cause some hilarious embarrassment.

Like most of Casio’s cameras, the Z77 is a brisk performer. It starts up in under two seconds, and in single-shot mode it can take a picture every 1.7 seconds, focusing for every shot, which is pretty good. In normal speed continuous mode it manages a bit over a frame a second. It has a high-speed continuous mode which can shoot at three frames a second, but it is limited to 2-megapixel resolution. There is also a flash burst mode which can take three shots with flash in about a second. Also like most previous Exilim cameras, the Z77 has a very fast and accurate AF system, and it works very well in reduced light too. It has no AF assist lamp, but I was able to take good sharp photos in a dimly-lit club without too much trouble. The built-in flash is reasonably strong with a range of 3.5m at 200 ISO, with good frame coverage and exposure. Battery duration is also pretty good at 190 shots, especially considering the wafer-thin dimensions of the 700mAh Li-ion rechargeable.

Unfortunately the Z77 does have one major weakness, and that is its final image quality. It’s “only” a 7.2-megapixel model, so it’s not going to be able to match more powerful rivals for total resolution, but its main problem its lens quality. The ultra-compact folding lens suffers from significant barrel distortion at the wide-angle end, and pincushion distortion at the telephoto end, but it is overall sharpness that is the real problem. It’s not too bad in the centre of the frame, but it gets very soft toward the edges, and also suffers from some chromatic aberration. Image noise isn’t too much of a problem, mainly because the Z77 is limited to a maximum of 800 ISO. At the lowest setting images are nice and clean, but above 200 ISO noise does become very noticeable. 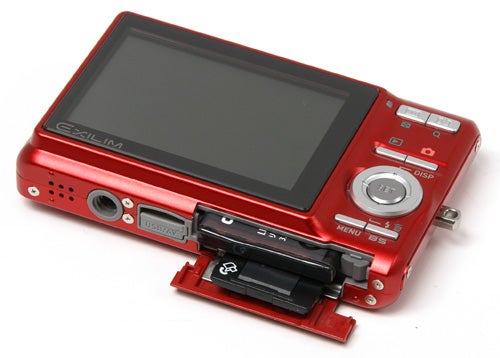 If you’re looking for a cheap, slim, stylish camera for general snapshots the Casio Exilim EX-Z77 has a lot in its favour. It is well made, easy to use, looks good and has good fast performance. It has an excellent autofocus system and works well in low light despite its lack of an assist lamp. The only real drawback is overall image quality, especially considering the results from some of its rivals. However on value for money it’s hard to beat. 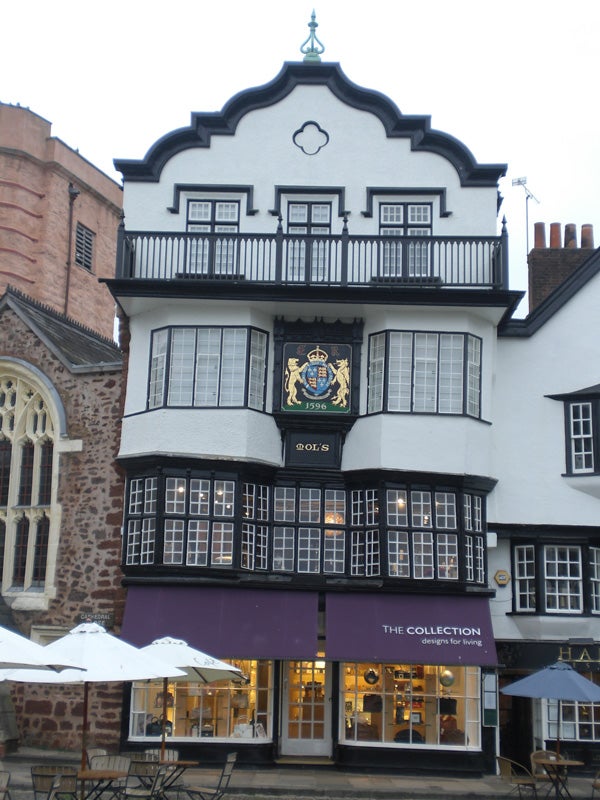 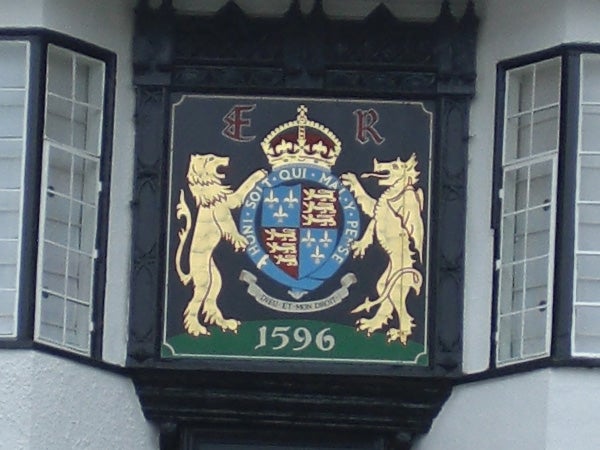 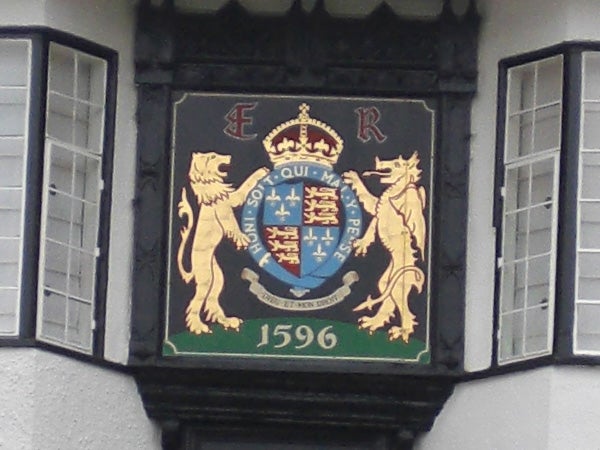 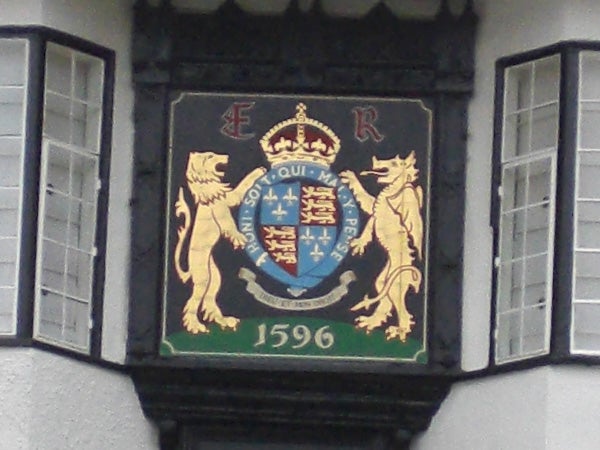 There is some noise, and signs of heavy noise reduction at 200 ISO. This is the default auto ISO setting. 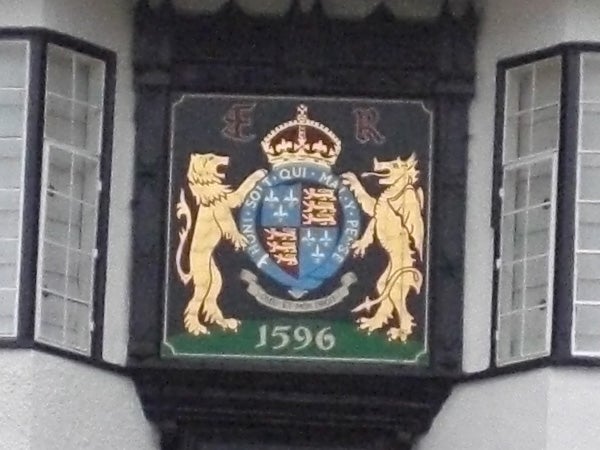 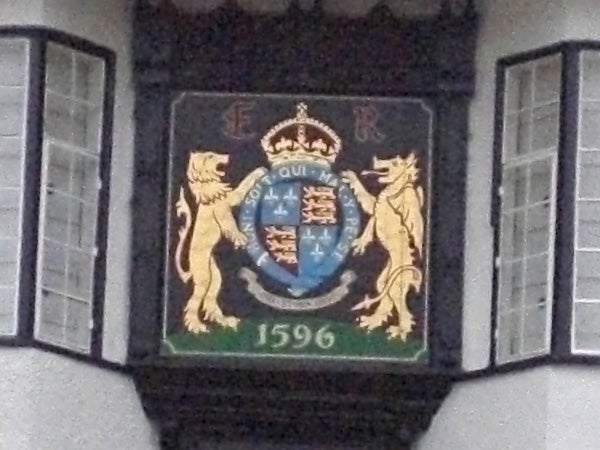 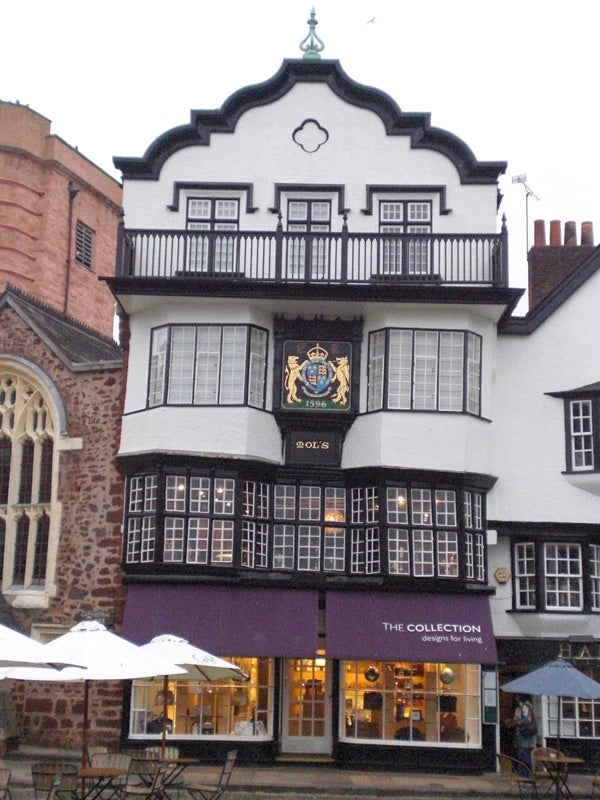 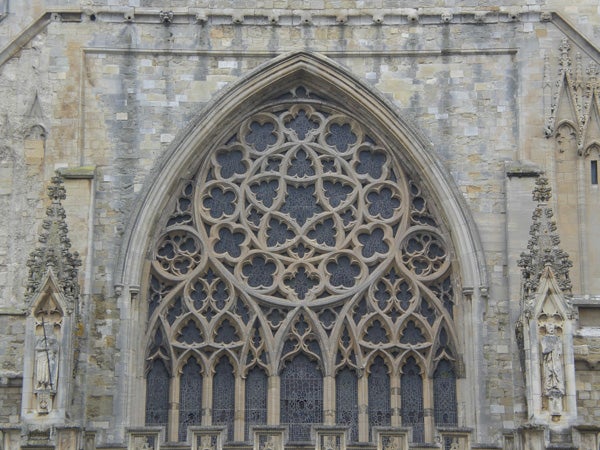 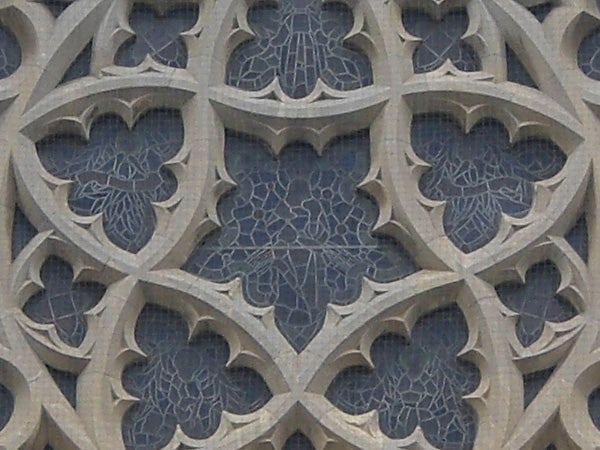 Near the centre of the frame, overall detail isn’t bad for a 7.2MP camera. 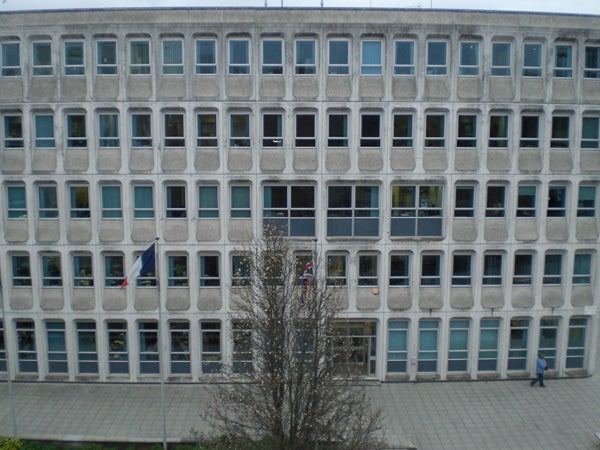 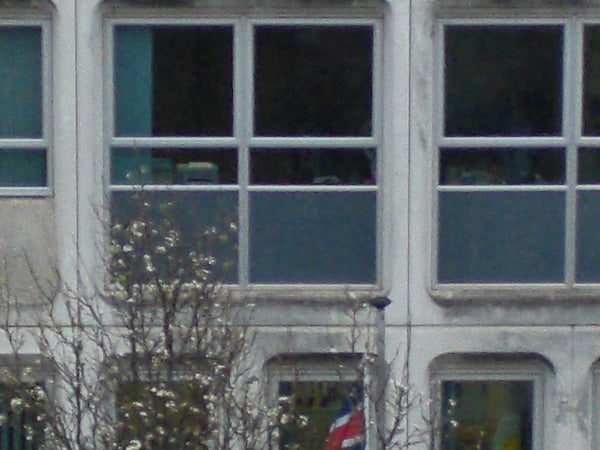 Lens sharpness isn’t too bad at the centre of the frame, but it’s still far from good. 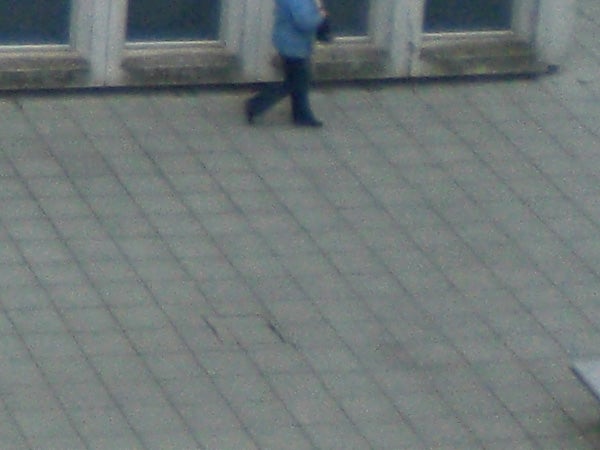 Sharpness is very poor at the edges of the frame. 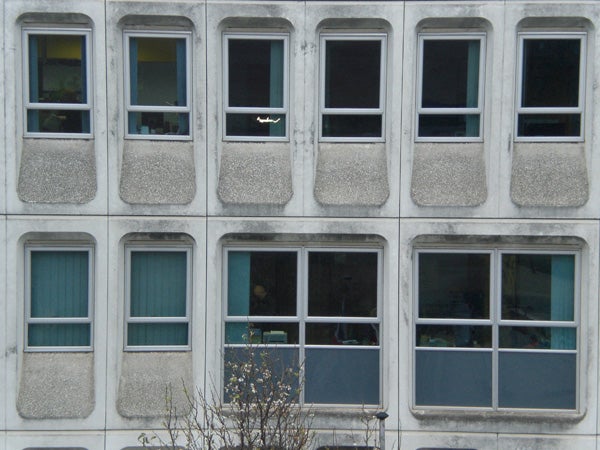 Pincushion distortion at the telephoto setting. 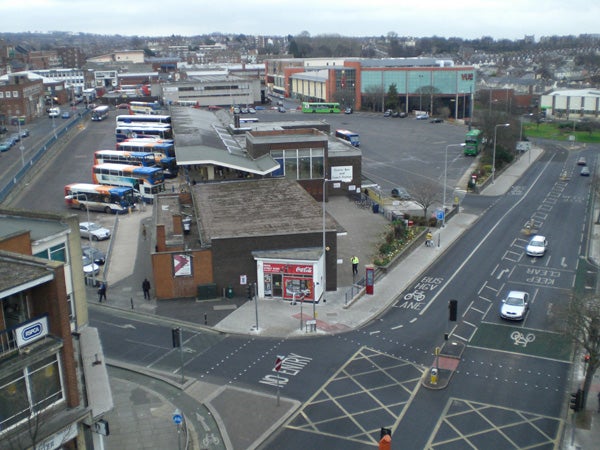 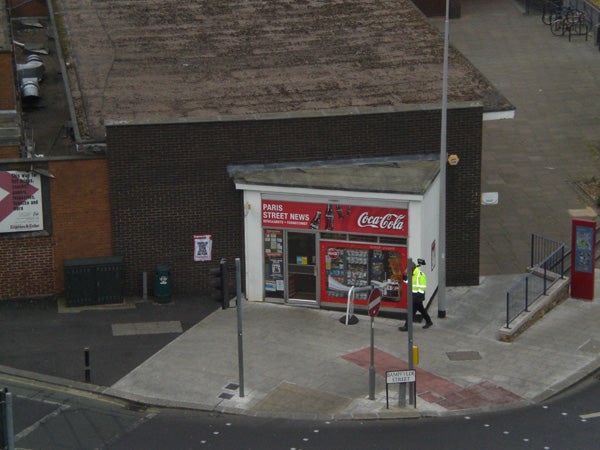 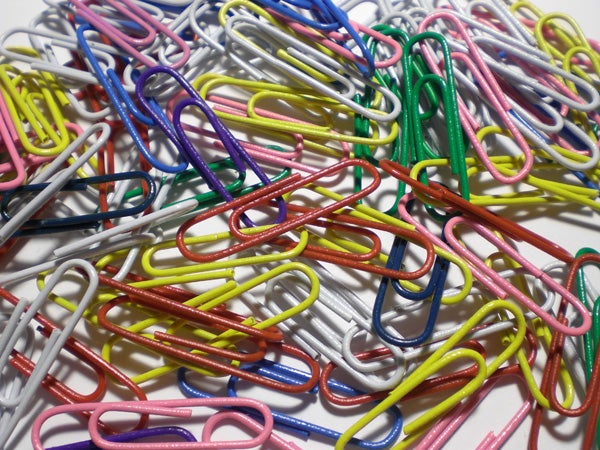 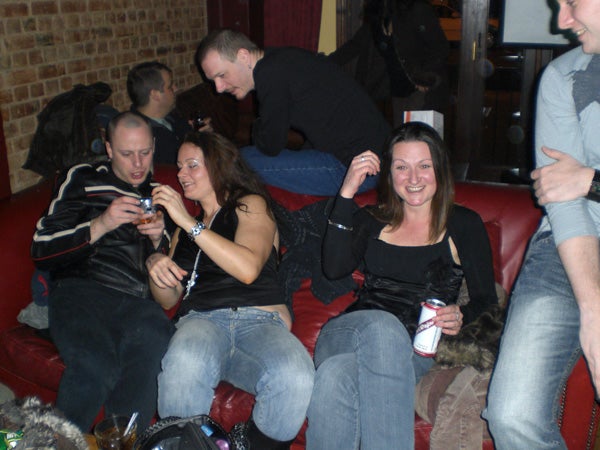 Flash range is about 3.5m, with good exposure and frame coverage. 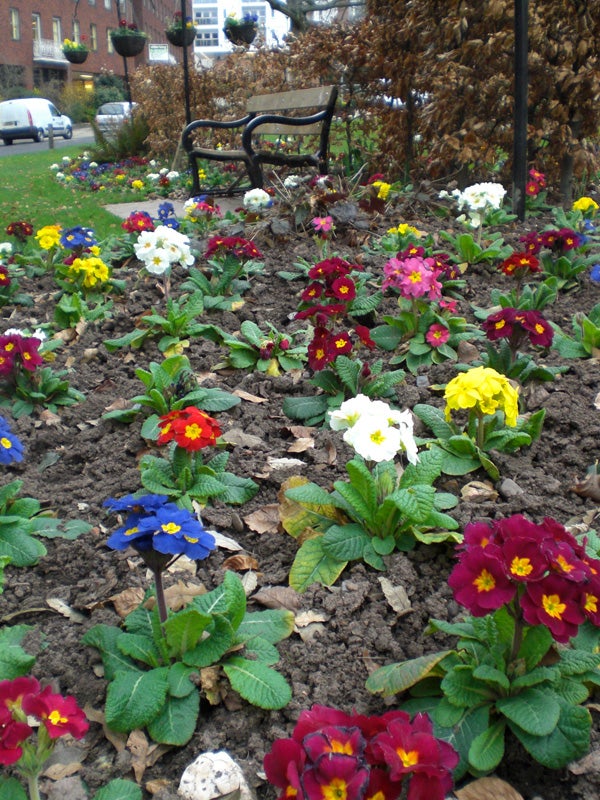 Colour reproduction is ok, but the highlights of this shot are burned out.