In the digital camera market Casio is best known for its popular range of ultra-slim compacts such as the excellent EX-S12 or the tiny EX-Z85. These are good cameras, with excellent design, specification and performance, but while they represent outstanding value for money they’re not exactly status symbols. People shopping for a luxury camera are far more likely to choose something more expensive like a Canon IXUS 110 IS or Panasonic FX60. Casio would no doubt like a bit of that action, and to that end it has launched the Exilim EX-Z2000, a stylish and technically advanced premium ultra-compact which, were it not for the Casio brand name, could easily be mistaken for a new Canon IXUS. 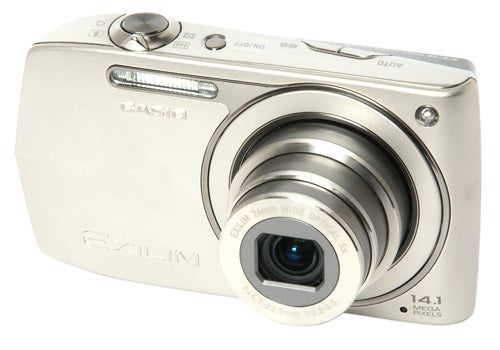 The Z2000 has an impressive specification. It is equipped with a 14.1 megapixel CCD with sensor-shift image stabilisation, a high quality 5x zoom lens with a very useful zoom range equivalent to 26-130mm, 1280 x 720 30fps HD video recording, a superb three-inch monitor with a resolution of 460,000 dots (double the resolution of most compact monitors) an anti-glare surface and an extremely wide angle of view in all directions. It is currently selling for around £180 from several retailers, which compares extremely well with other comparable cameras. The Nikon S640 is also around £180, while the Canon IXUS 110 IS is around £225, and the Panasonic FX60 is around £200. 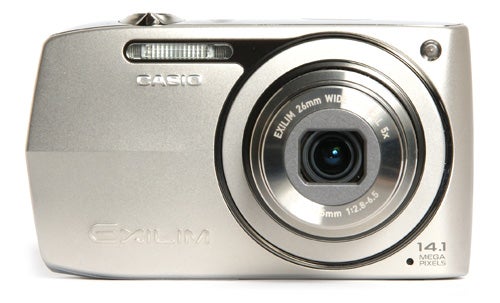 The EX-Z2000 is, to put it mildly, a great looking camera. It has a sleek all-metal body with very clean modern lines, highlighted with just the right amount of chrome trim. Like most of Casio’s range it is available in a number of colours including red, violet, pink, blue, black and the metallic silver seen here. It measures 100.5 x 58.5 x 19.8mm, which is a bit bigger than some of Casio’s other models but still comfortably into ultra-compact territory. At 149g it’s a little heavier than usual too, but it has a solid feeling of quality and is very comfortable to handle.

Although the controls on the back and top panels seem to be designed more for style than function, they are fairly large and easy to use. There is a dedicated button to start video recording, another to switch between normal program auto and the intelligent scene recognition Premium Auto mode, and another for the Best Shot menu, Casio’s comprehensive scene program system. This has 40 options, including some unusual ones, such as silent movie, ID photo, multi-exposure, YouTube video and particularly the Dynamic Photo mode, which uses pattern recognition over a series of images to extract a subject from its background. The camera comes with special software that works with this feature. 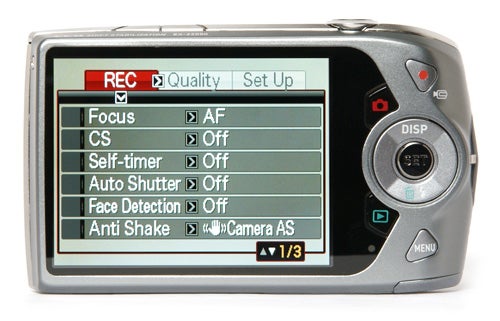 The Z2000 has Casio’s usual sidebar menu system, which can be customised to suit the user, as well as a comprehensive main menu. Useful options include adjustable contrast, saturation and sharpness, a wide range of colour filter effects, and a Lighting option which boosts shadow detail in high contrast lighting. There are also a number of handy features in playback mode such as red-eye removal, white balance, colour and perspective correction, layout print and movie editing. 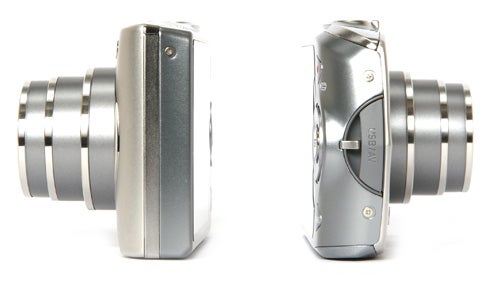 The Z2000 has mechanical sensor-shift image stabilisation, a system that Casio has used before on some previous high-end models. It is a good system, and adds around three stops to low-speed hand-held stability. The HD movie recording mode is good too, but no better than many contemporary cameras. It can shoot at a resolution of 1280 x 720 and 30fps, with mono audio and no optical zoom while recording. The video and audio quality are pretty good, although the microphone isn’t particularly directional.

The Z2000’s overall performance is also pretty good. It starts up quickly in approximately two and a half seconds, and in single-shot mode it has a shot-to-shot time of a little over two seconds. In the standard continuous shooting mode it can maintain a shot every two seconds, which is a bit on the slow side but it does check focus between shots. It has two faster continuous shooting options, one at 4fps and two megapixels, and one at 10fps at one megapixel. It also has a flash continuous option, which fires three two-megapixel shots in 1.8 seconds, but with flash for each shot. In normal single shot flash shooting, the flash recharges in approximately 6 seconds. 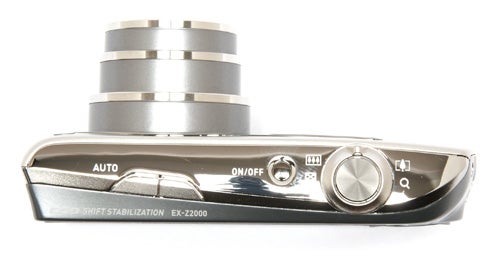 Casio’s autofocus systems have always been among the fastest on the market, and the Z2000 performs extremely well, focusing in a fraction of a second in all lighting conditions. Low light focusing is quick and accurate, but unfortunately the AF assist lamp is not terribly effective in very dark conditions, and only has a reliable useful range of about a metre.


One aspect of the camera’s performance is exceptional, and that is its battery life. The Z2000 is powered by a big 1200mAh lithium ion rechargeable, and Casio claims 580 still images on a single charge. Since the on-screen indicator was still showing a full charge after I’d taken around 200 test shots I have no reason to doubt this figure.


Premium compacts have to do more than just look nice to justify their high price, they have to work well too. Fortunately the Z2000 does not disappoint. I have had to criticise some previous Casios on the optical quality of their lenses, but this issue has obviously received some much-needed attention because the lens on the Z2000 is very good, providing sharpness from edge to edge with no barrel distortion and only a hint of chromatic aberration in the far corners of the frame. The 14 megapixel sensor captures an exceptional level of detail, and the very low compression preserves all of it. High quality JPEGS are over 8MB each. 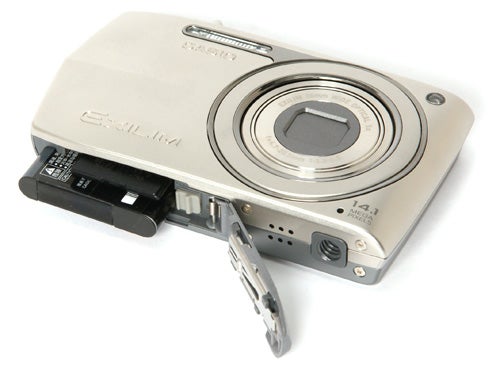 Noise control is also much better than some previous Casio cameras, and is on a level with any of its premium compact rivals. Image quality is excellent up to 400 ISO, and only at 800 ISO does the noise reduction start blurring out some fine detail. Colour rendition remains faithful even at the maximum full-resolution sensitivity of 3200 ISO.

The Exilim EX-Z2000 is proof that Casio can make a luxury ultra-compact camera just as well as the bigger names in the market and still maintain its reputation for value. It is well made, looks fantastic, handles and performs well, has some great features and produces image quality comparable with any of its rivals. A real bargain. 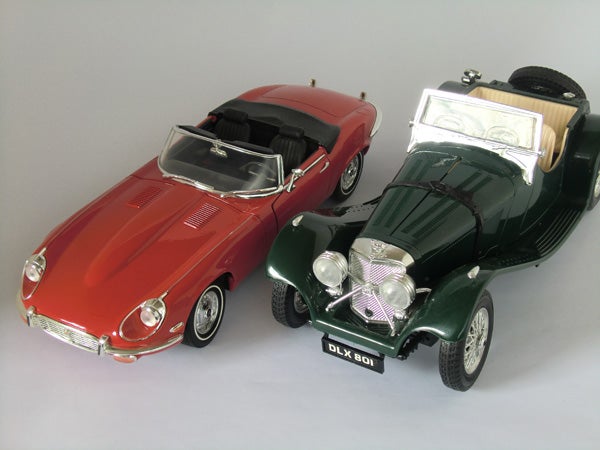 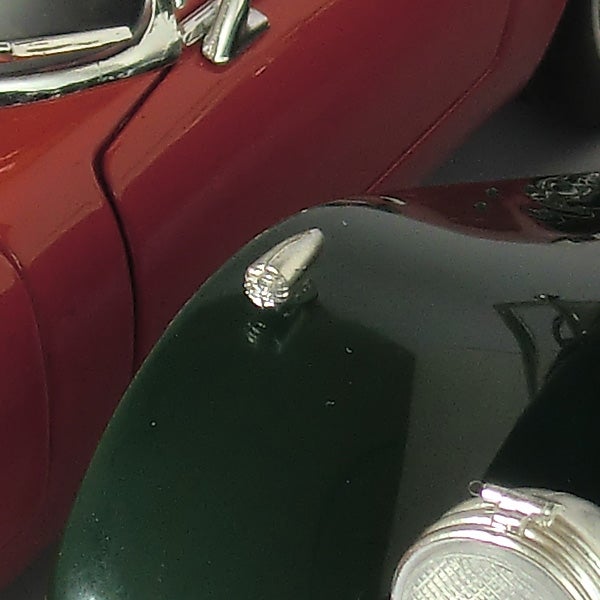 The image quality at the lowest ISO setting is very good. 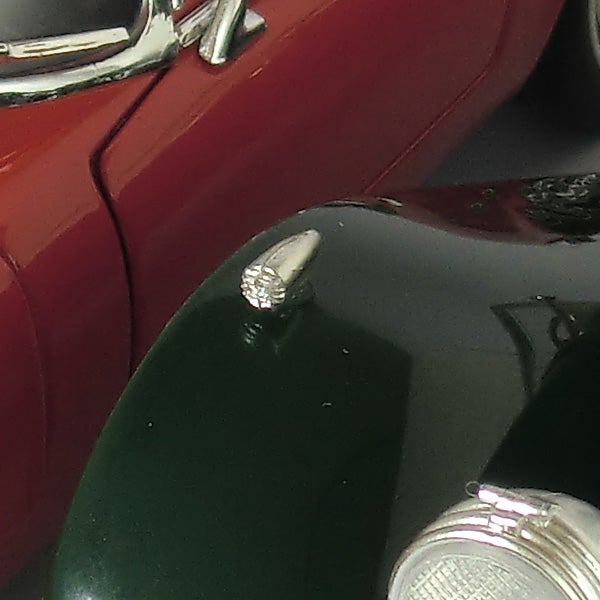 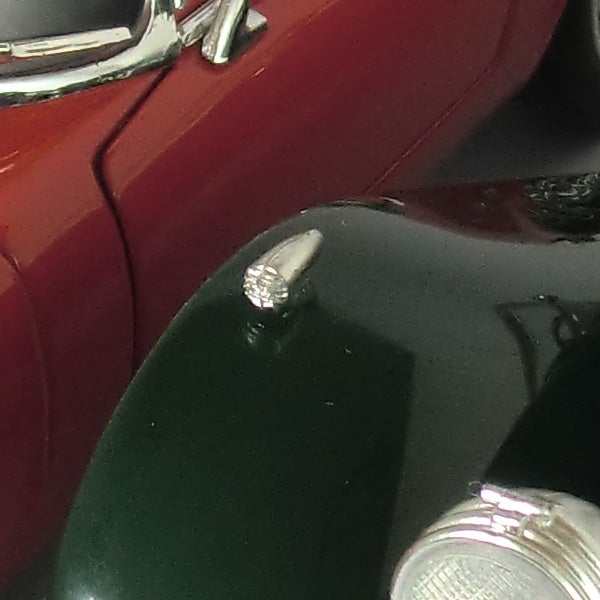 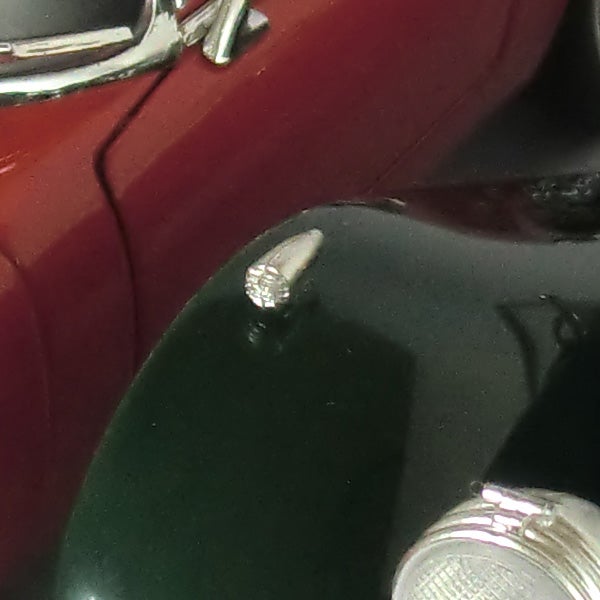 Image quality at 400 ISO is still better than average. 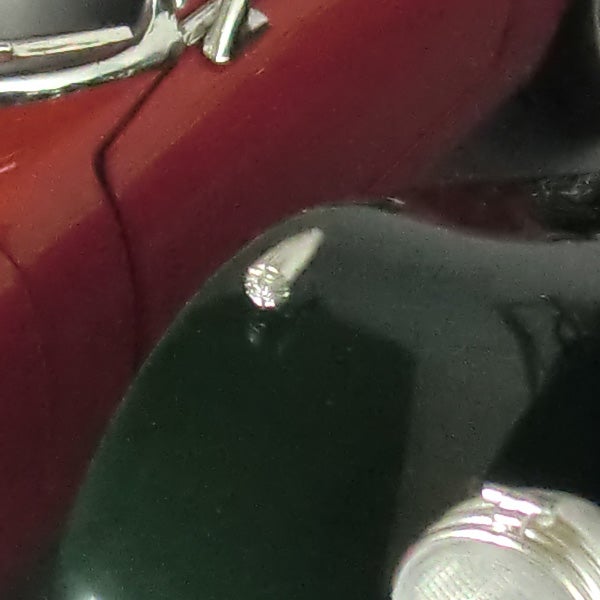 At 800 ISO the noise reduction has reduced the level of fine detail. 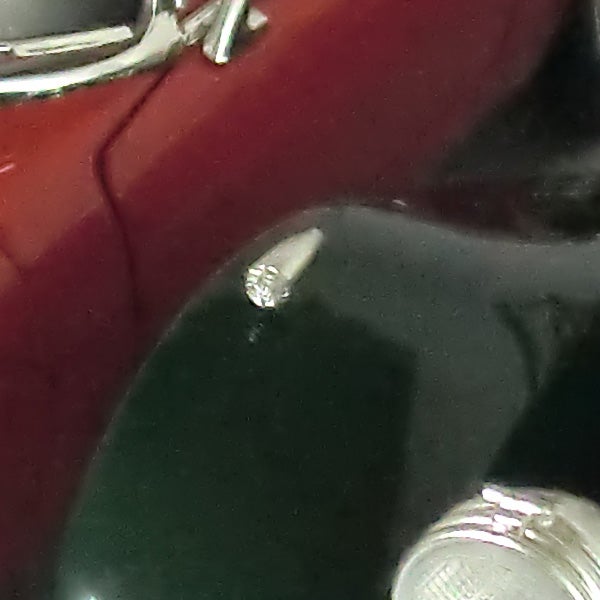 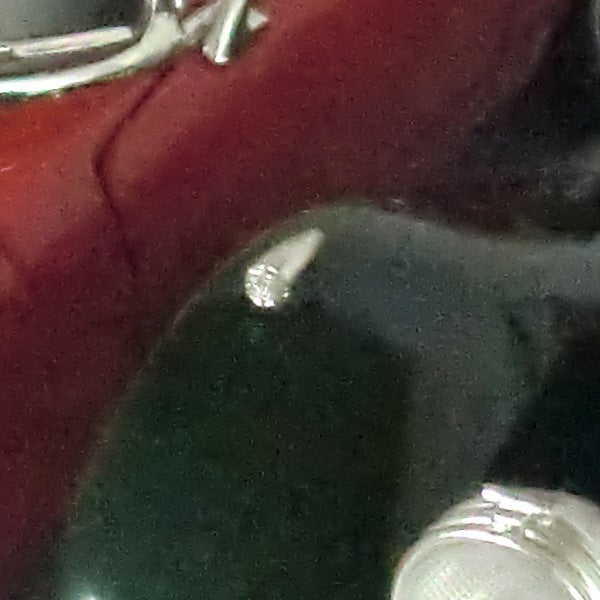 Quality is low at 3200 ISO, but colour rendition is still fairly accurate. 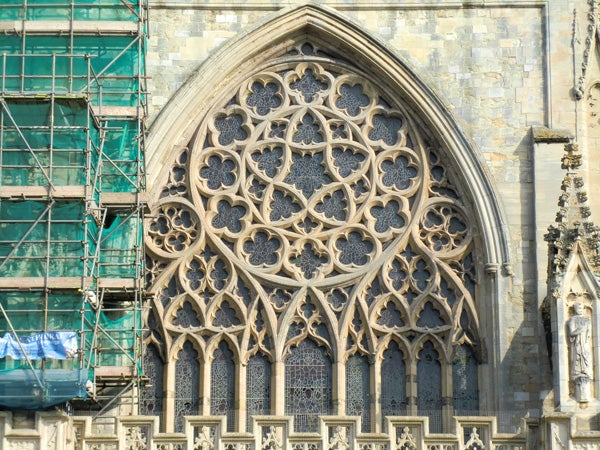 Here’s the usual detail test shot of the West Window of Exeter Cathedral, for you to compare with other cameras. See below for a full res crop. Unfortunately the 8MB images from the Z2000 are too big for our download system. 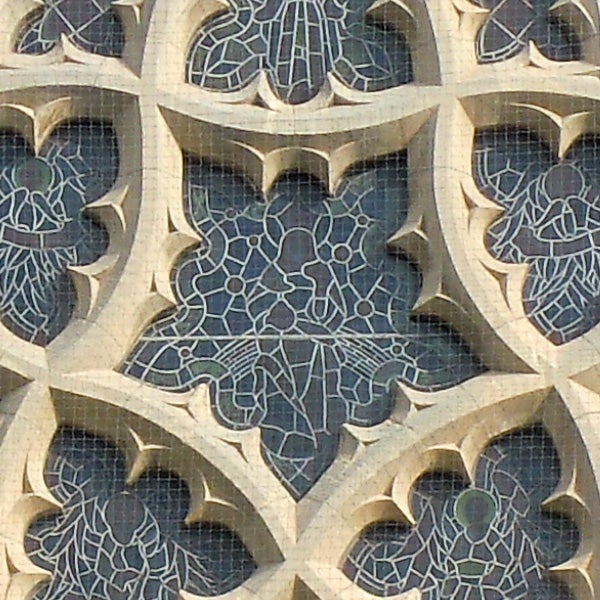 The level of detail recoded by the 14MP sensor is exceptionally good. 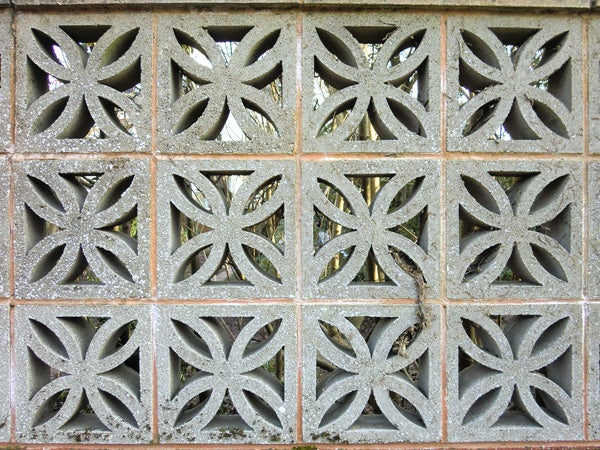 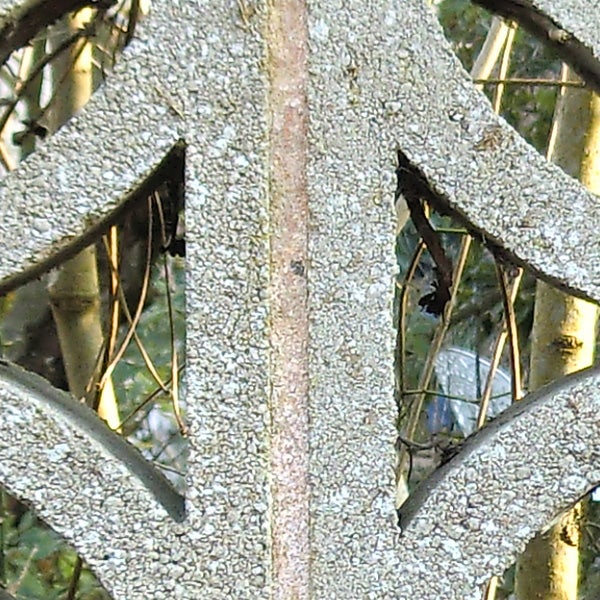 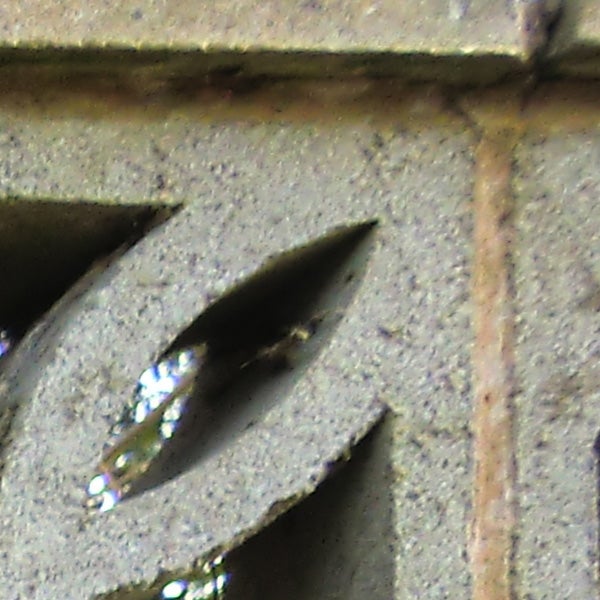 Corner sharpness is also pretty good, with only a trace of chromatic aberration. 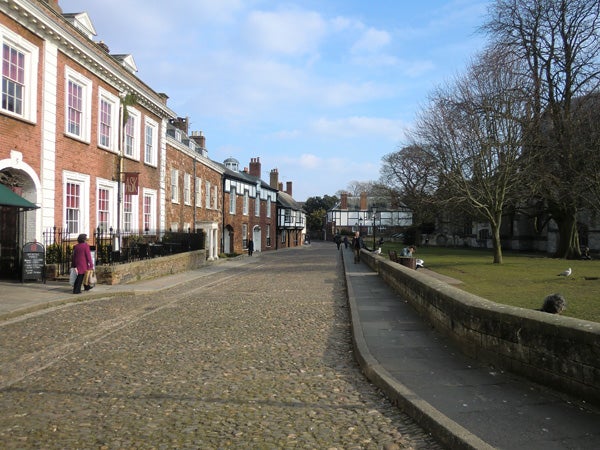 The wide angle is equivalent to 26mm. 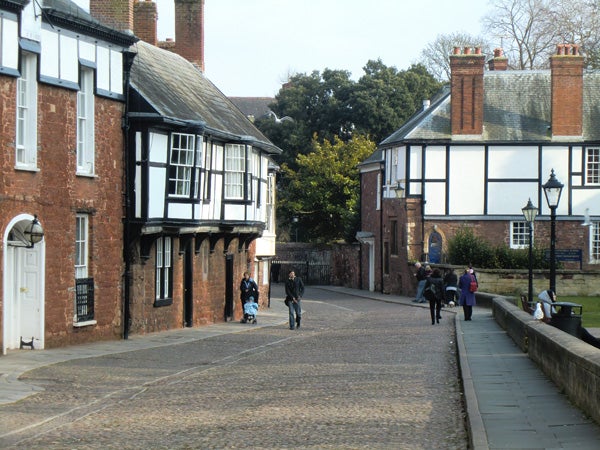 The telephoto end is equivalent to 130mm. 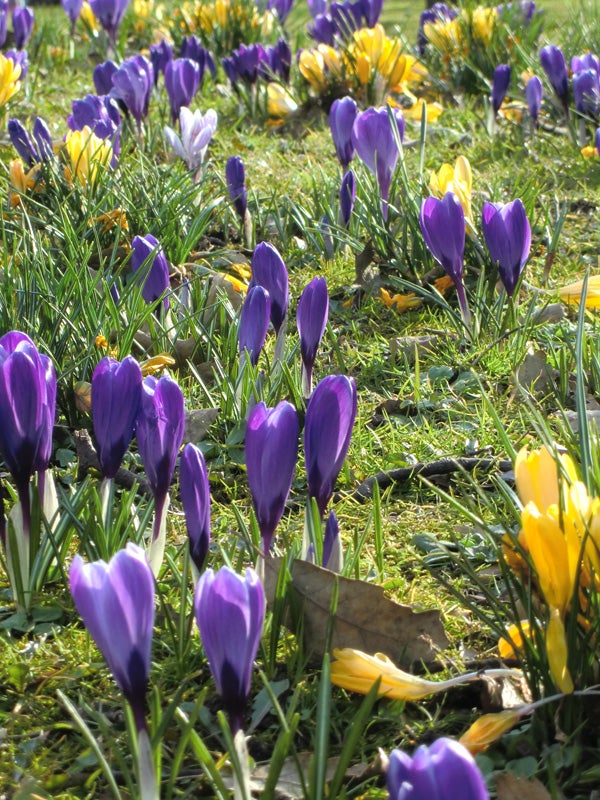 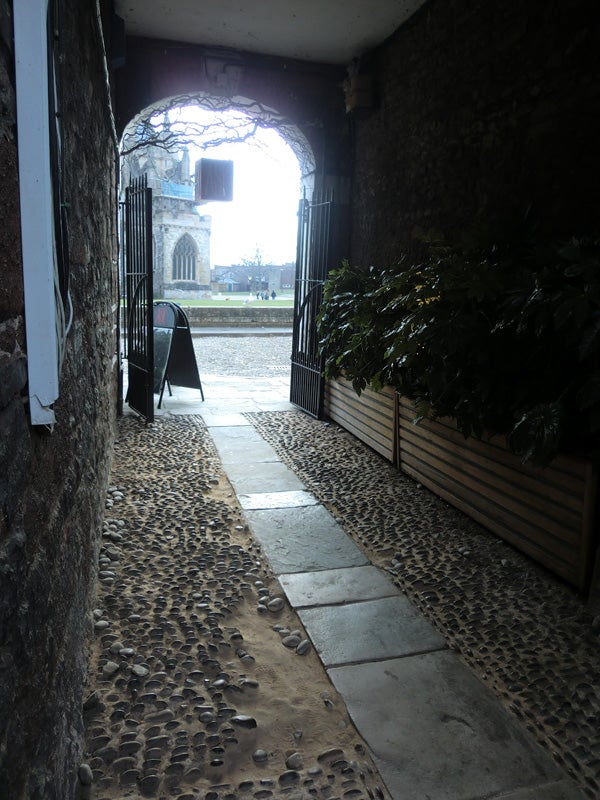 With the lighting feature turned off there isn’t much detail in the shadow areas. 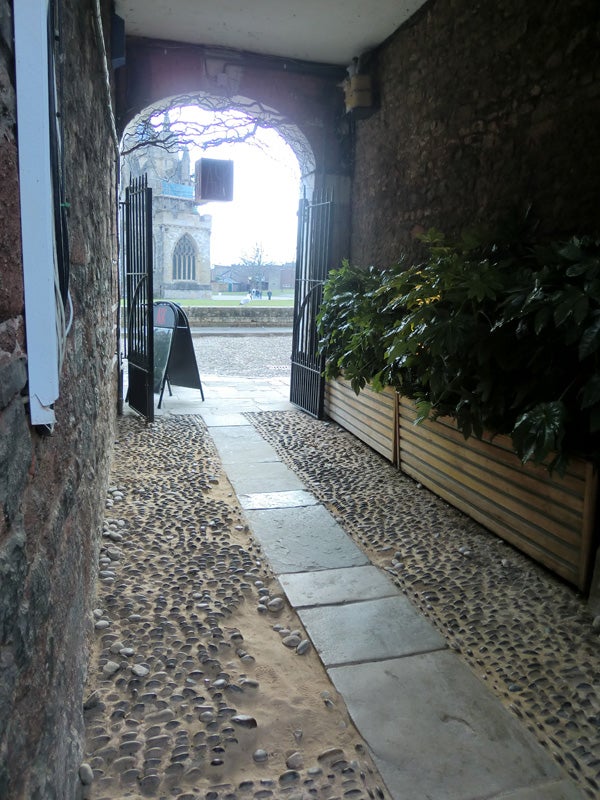