On Tuesday I reviewed the Exilim EX-Z100, Casio’s first ultra-compact camera with a 28mm-equivalent 4x zoom lens. It must have been a busy week in Casio’s design department, because today I’m looking at another first for the company, the EX-Z200, which is the first camera in the Exilim range to feature mechanical image stabilisation, and one of the smallest cameras on the market to feature such technology. 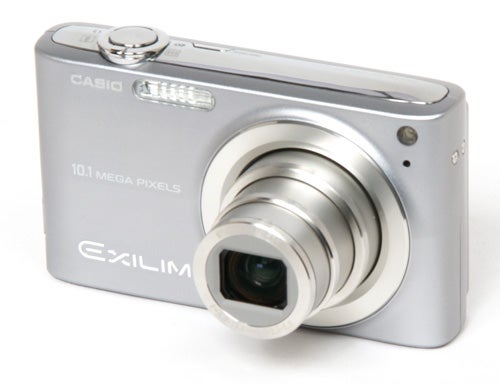 Apart from its new IS technology the Exilim EX-Z200 looks very much like a typical Casio ultra-compact. In outward appearance it closely resembles the successful EX-Z700, and in terms of its specification it is almost identical to the Z100, with a 1/2.3-inch 10.1-megapixel CCD sensor, 2.7-inch 230k widescreen monitor and 4x zoom lens with a wide-angle end equivalent to 28mm.


The introduction of proper image stabilisation technology is a very welcome addition to the Exilim range. Previously Casio had relied on ISO-boost to counteract camera shake, with its attendant image quality problems. Most of the other manufacturers have been including IS systems in their ultra-compact cameras for some time, so the Z200 is the first Exilim model that competes with the likes of the Canon IXUS 860 IS (£200), the Panasonic Lumix FX35 (£180) and the Nikon CoolPix S600 (£165). The EX-Z200 is currently priced at £165 but will probably fall over the next few months, which neatly undercuts most of its competitors. 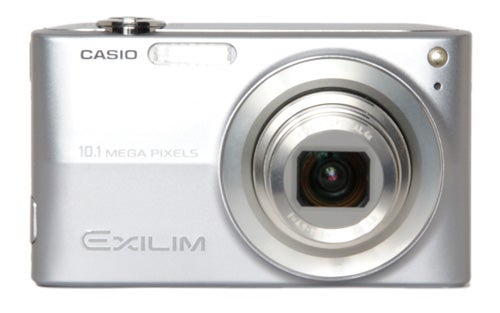 As with other models in the Exilim range the overall design of the Z200 is simple but attractive. It has a strong all-metal body that is small and light enough to slip into a shirt pocket, weighing 154g including the battery and measuring 93.0 x 55.0 x 22.7mm, less than a millimetre thicker than its sibling the Z100. In the UK the Z200 is available in either a dark mahogany brown, metallic red or the anodized silver finish of my review sample. Despite its small size the camera is comfortable to hold and operate, with plenty of room on the back for your thumb to grip it.

As I mentioned, apart from the IS technology the Z200 is basically the same as the Z100, and the control design reflects this. From the back the two cameras look almost identical, with the same five-button layout with a small round D-pad. However I did find that the D-pad on my review sample had an annoying problem I found that it was very difficult to get the D-pad to register a press in the downward direction unless I took great care to press precisely with the edge of my thumbnail. This made navigating the normally excellent on-screen menu irritatingly fiddly and greatly detracted from my enjoyment while using the camera. Hopefully this was just a manufacturing glitch on my review sample, because the seemingly identical D-pad on the Z100 functioned without a problem. 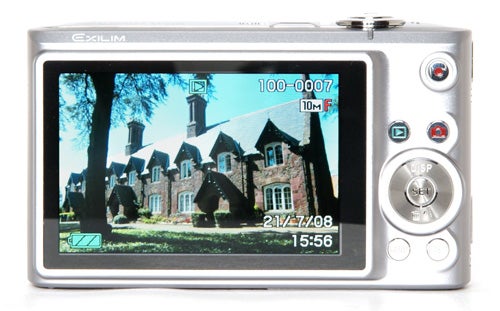 Apart from that minor annoyance the Z200 is a very simple camera to use. As usual with Casio’s cameras it has a default auto program mode, as well as 39 Best Shot mode programs covering pretty much every possible contingency, including settings for taking ID-card photos, correcting perspective when photographing whiteboards, a special setting for shooting things for online auctions and of course the YouTube video capture mode. The software supplied with the Z200 includes an easy-to-use facility for uploading your video clips to the popular video-sharing website.


The Z200 also features the Auto Shutter functions seen previously on the Z100 and Z80. There are three modes; smile detection, movement detection and auto-panning. The first of these is based on the face detection system and waits until your subject is smiling before taking a picture, but the other two modes are potentially more useful. The camera detects movement blur, and waits until everything in the frame is stationary before taking a picture. In the panning mode it ignores blurring of the background and only detects if the main subject is sharp, ideal for following moving subjects. 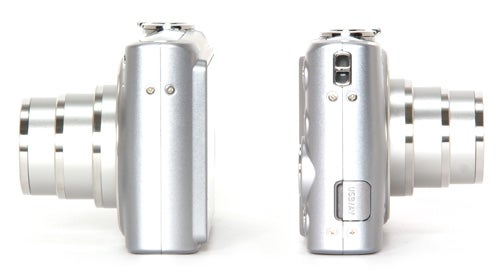 The Z200’s key feature is of course its image stabilisation system. Sensor-shift stabilisation is an unusual choice for an ultra-compact. Most of the other manufacturers, including Canon, Sony, Panasonic and Nikon all use optical image stabilisation, in which optical elements within the lens are moved to compensate for camera shake. Pentax is the only other manufacturer to use sensor-shift in a camera of this size, in its high-spec A-series compacts, which leads me to wonder if Casio may have licensed the technology behind the system from Pentax. It wouldn’t be the first time the two companies have done business; many Casio compacts used to be fitted with Pentax lenses.


Whatever its origins the system is very effective. I found I was able to take sharp hand-held shots at shutter speeds as low as 1/10th of a second even at medium zoom settings, although going much slower than this did cause movement blur to appear. Combined with the blur-detection auto-shutter function this should make it virtually impossible to take a blurred shot with the Z200.

Despite the many similarities between the Z200 and the Z100, for some reason the camera’s overall performance is very different, and not in a good way. It takes nearly three seconds to start up, and nearly as long to shut down again, which is very slow by current standards. In single-shot mode at maximum image quality the shot-to-shot time was approximately 2.5 seconds, which is again extremely slow. I thought that maybe the large size of the image files in this mode (over 7MB for some shots) was the cause, but the performance is the same in lower quality modes. 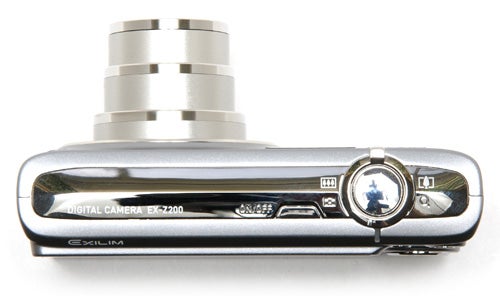 In continuous shooting the Z200 fares slightly better, averaging 1.7 seconds per shot, but this is still far from quick. This is strange, because previous Casio models have been noted for their excellent performance, and indeed the autofocus system is just as good as ever, focusing quickly and accurately in a wide range of lighting conditions, including excellent low light performance with a good AF assist lamp for total darkness.


One aspect of the camera’s performance is outstanding though. Like the Z100 the Z200 has a massive 1300mAh Li-ion battery for which Casio claims 400 shots on a single charge. Using the camera over several days including taking a couple of hundred shots this claim seems to hold up, which will be useful for anyone considering the Z200 as a holiday camera.


In terms of image quality the Z200 unfortunately also has good points and bad. It is, not surprisingly, very similar to the Z100, producing extremely detailed shots with virtually no compression artefacts, good colour rendition and better-than-average dynamic range, although like the Z100 it also tends to burn out highlights. Image noise is also handled very well, with minimal noise at 50-200 ISO, and reasonably subtle noise reduction at higher settings producing a granular effect rather than the usual detail-smearing usually seen in consumer compacts. 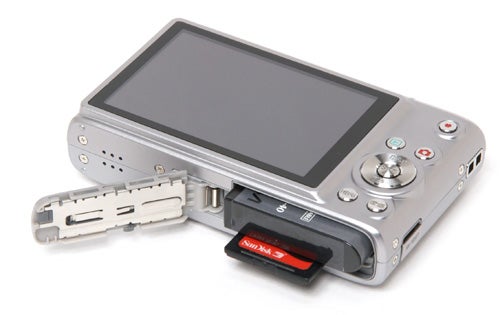 The only major image quality problem is one I’ve seen a number of times from Casio compacts; despite producing very little wide-angle barrel distortion, and having good centre sharpness, the lens produces severe blurring in the corners of the frame at wide angle, particularly in the top right corner. I have no idea why this should be such a common problem on Exilim compacts, but I have seen it on a number of previous models. Perhaps Casio should look at changing its lens supplier, because this recurring problem seriously compromises what would otherwise be one of the best ultra-compact cameras on the market.

The Casio Exilim EX-Z200 has many good points. It is well made, easy to use, has a number of very useful and technically advanced features including an effective mechanical image stabilisation system, and it is very competitively priced. Unfortunately it is let down by sluggish performance, and the recurring problem of corner blurring seriously jeopardises what would otherwise be excellent image quality. 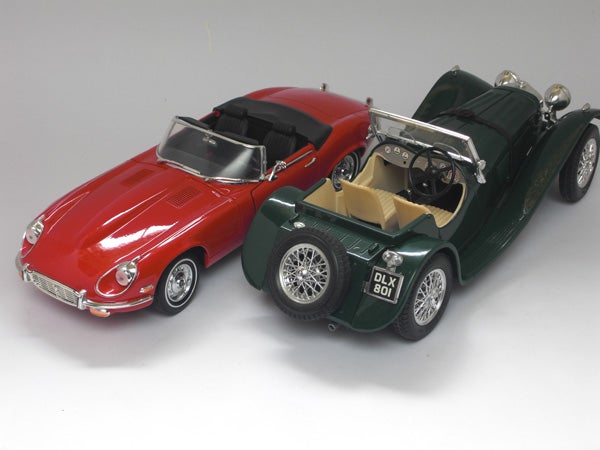 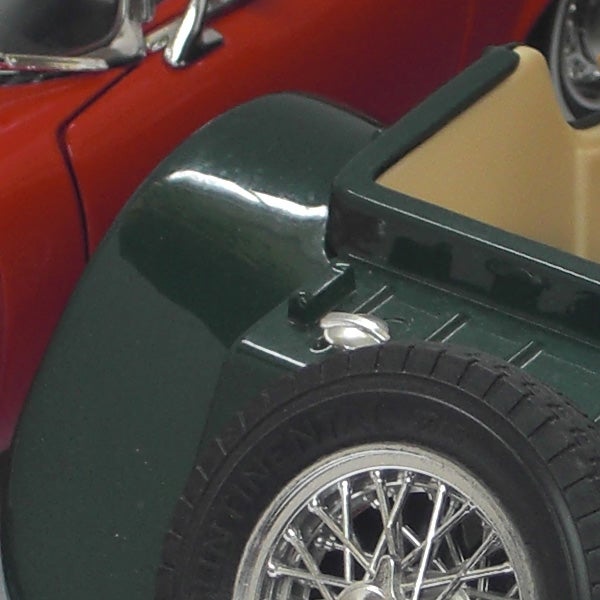 At the minimum ISO setting the image is nice and smooth, with good sharp detail. 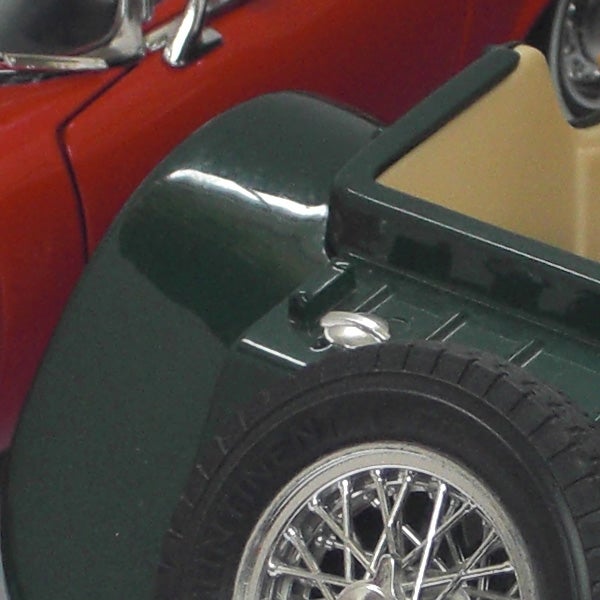 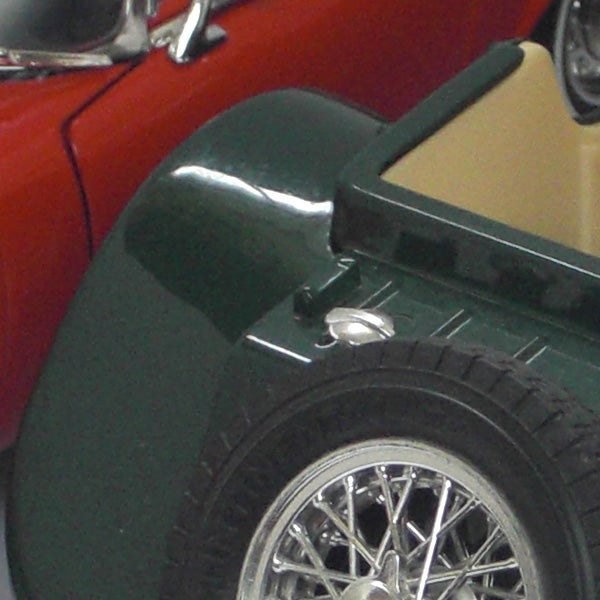 There is a little noise visible at 200 ISO, but the level of detail is still excellent. 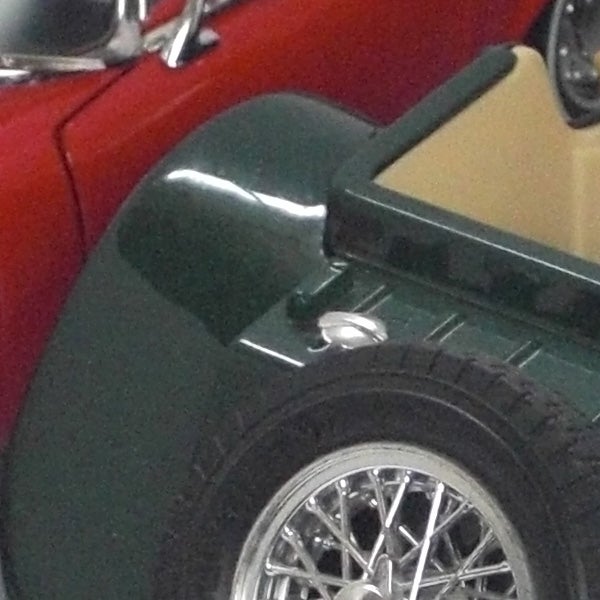 There is more noise at 400 ISO, but the noise reduction is fairly subtle and the image quality is still very good. 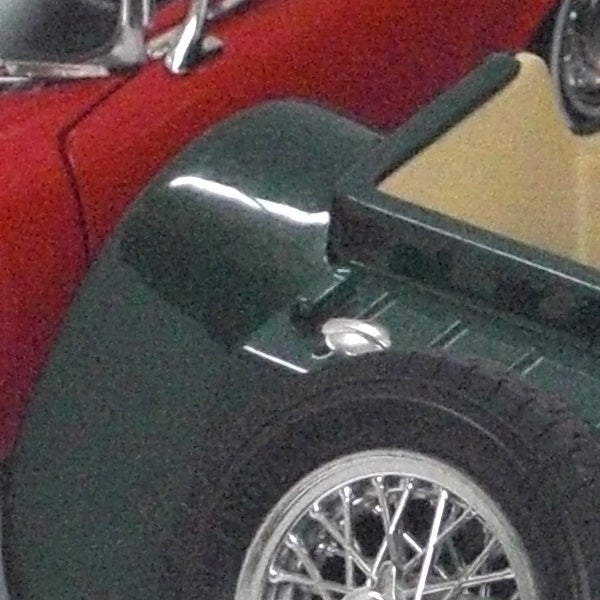 At 800 ISO there is a lot of granular noise, but the overall colour balance is still very accurate, and there is still some visible detail. 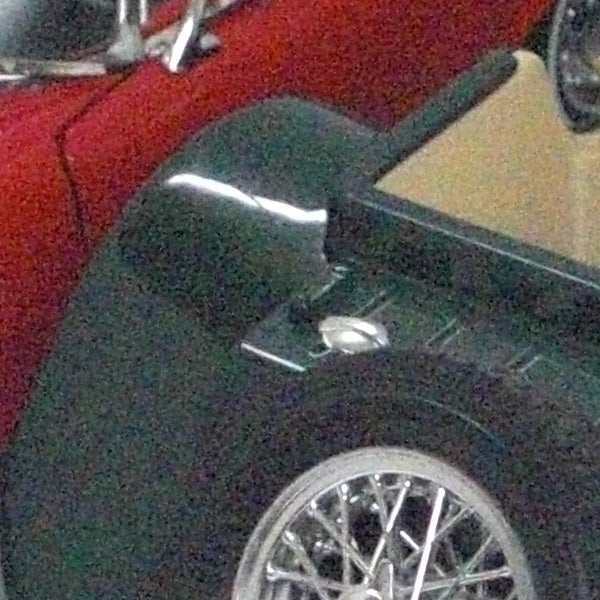 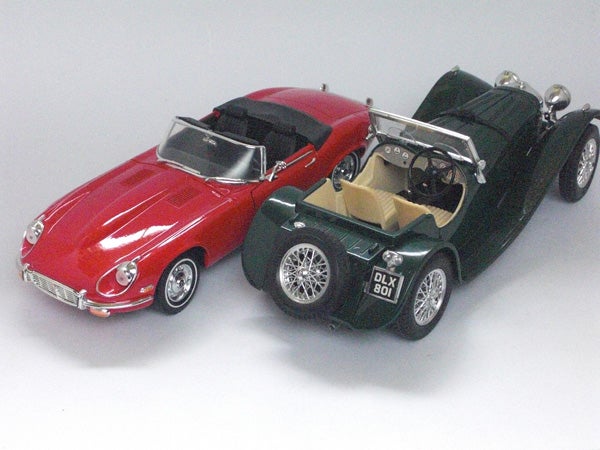 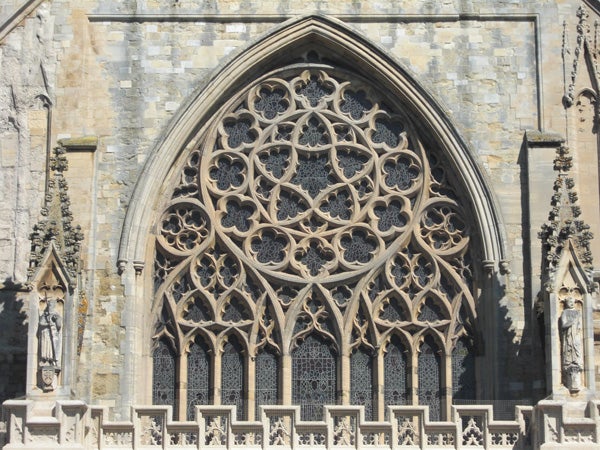 Here’s the usual detail test shot of the West Window of Exeter Cathedral, for you to compare with other cameras. See below for a full res crop, or click to see the whole picture, but be warned that it is over 6MB. 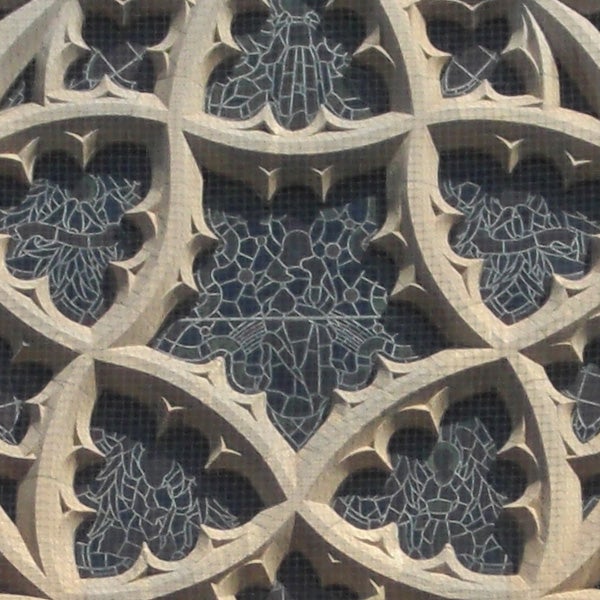 The lens sharpness could be a little better, but the low compression and high sensor quality results in tons of fine detail. 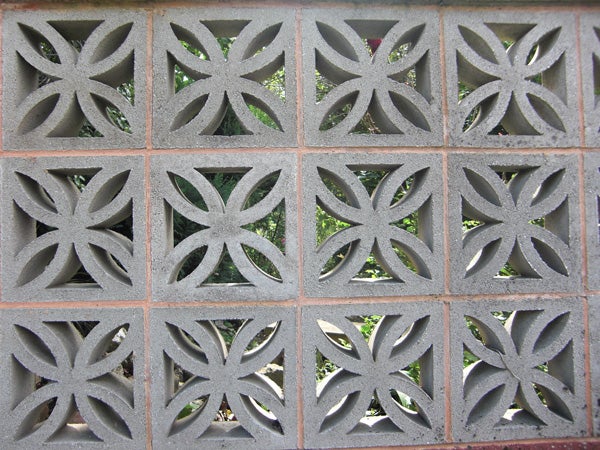 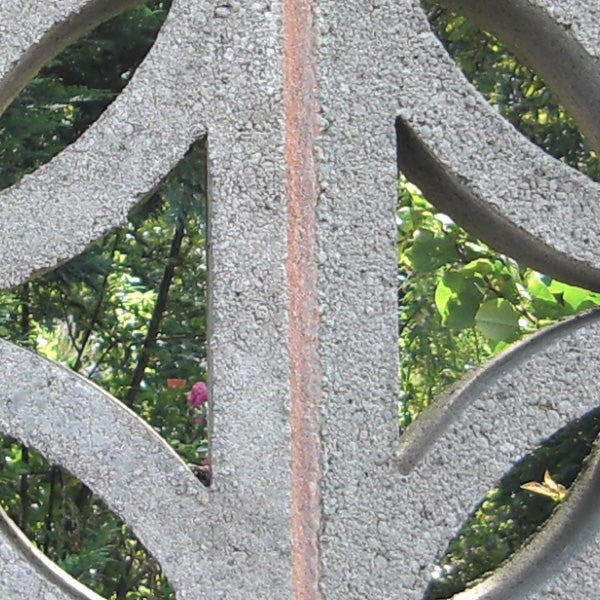 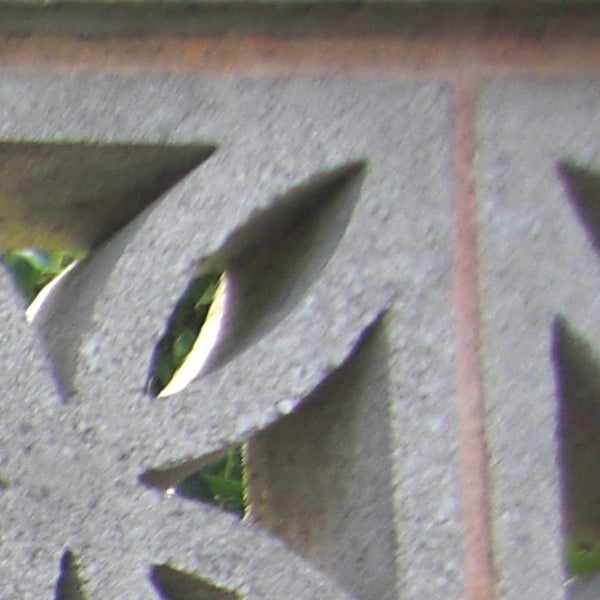 …but as usual the upper right corner of the frame shows very bad blurring and distortion. I’d love to know what causes this to occur in so many Casio compacts. 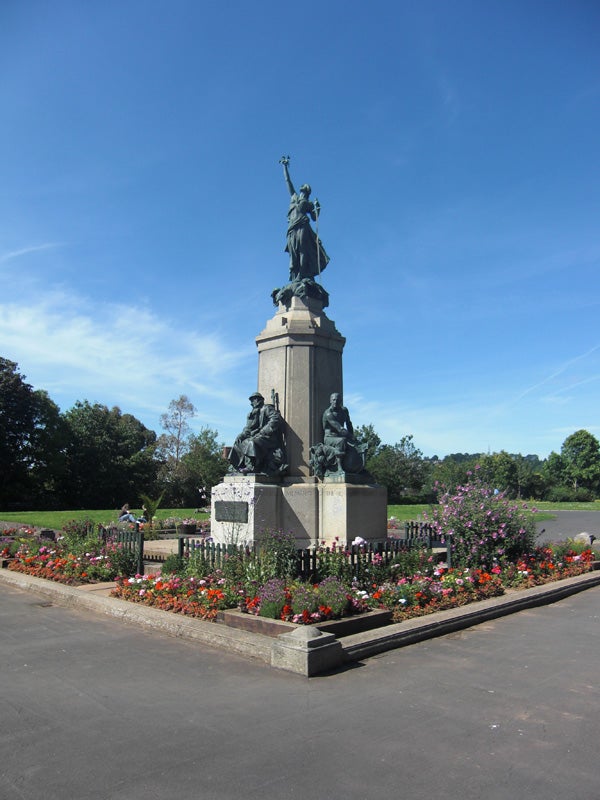 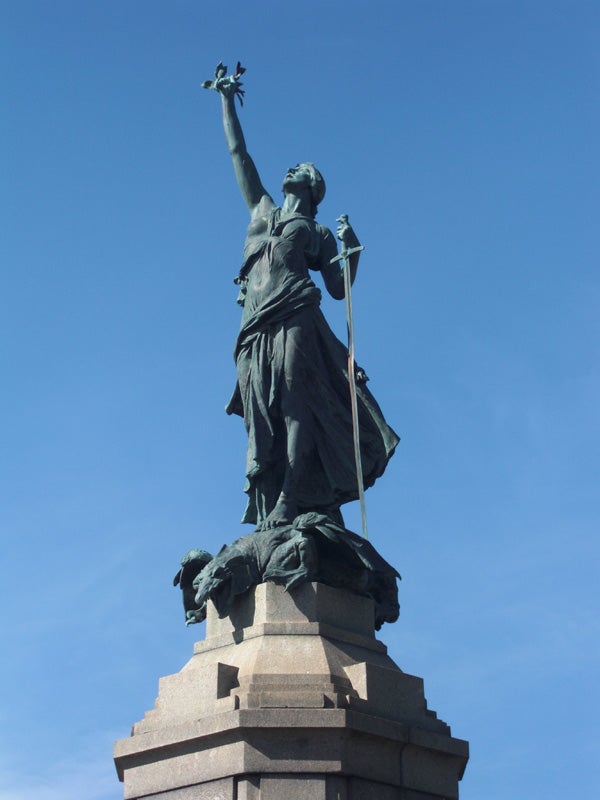 The telephoto end is equivalent to 112mm, about average for a compact camera. 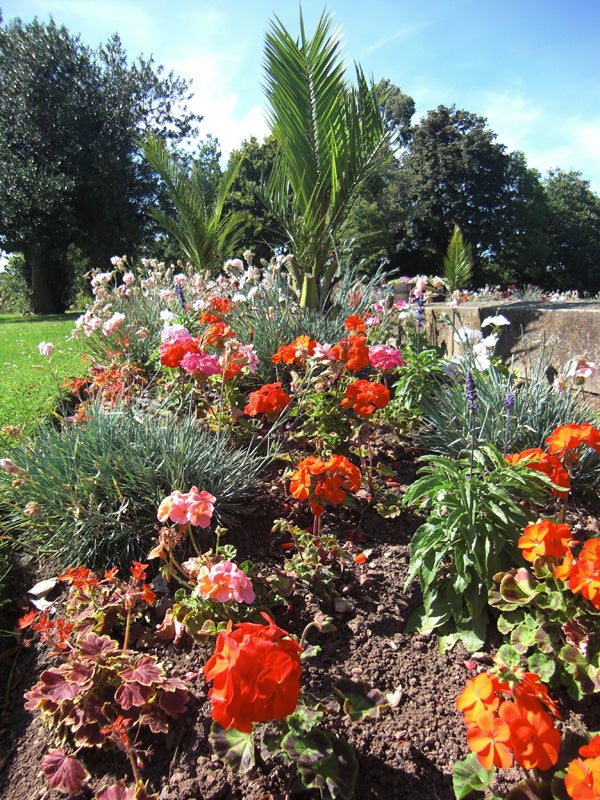 Colour rendition is a bit bright, but otherwise very good. 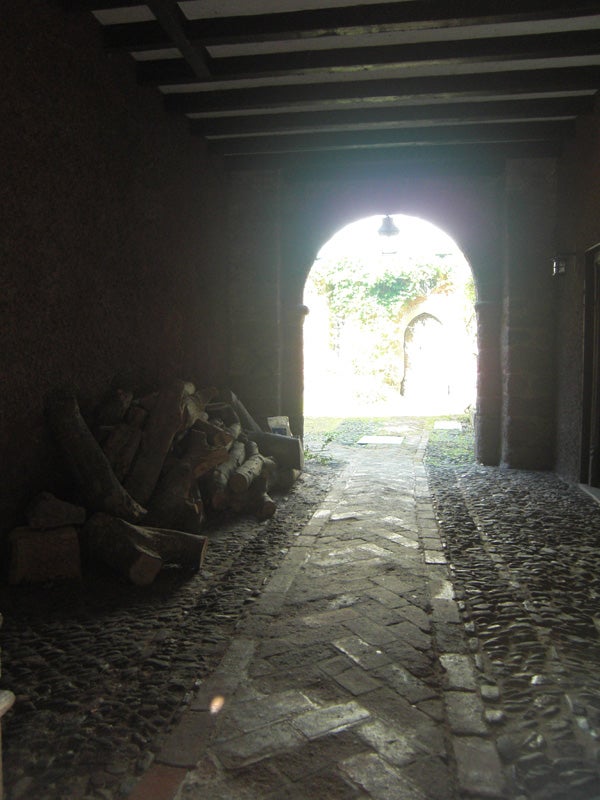 Like the Z100, the Z200 also tends to blow out highlights in favour of shadow detail. 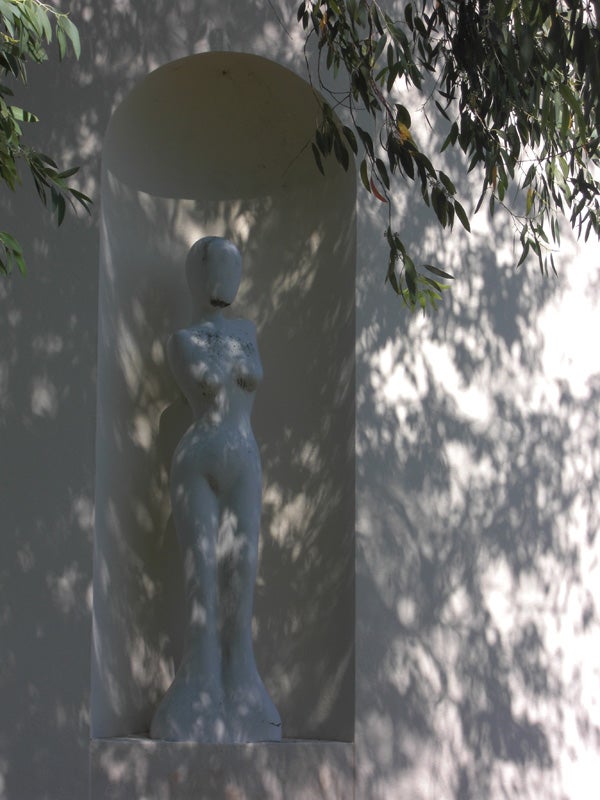 The Z200 is capable of capturing quite subtle variations in tone. 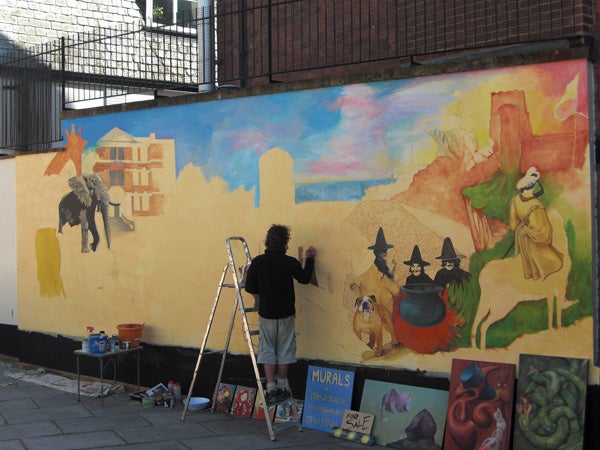 I can’t think of a useful caption for this, but I do love a bit of street art. Really brightens the place up, as long as the “taggers” don’t ruin it.