The Exilim EX-Z19 is a low-cost compact camera from Casio. It is a mid-range model in the Exilim line-up, featuring a 9.1-megapixel 1/2.5-inch sensor, 3x zoom lens and 2.6-inch LCD monitor. Its specification it is fairly unspectacular, lacking the ultra-compact sleekness of the EX-Z85, or the wide-angle 4x zoom of new EX-150. However with a retail price of around £120 it will appeal to those looking for a basic, easy-to-use camera on a tight budget. 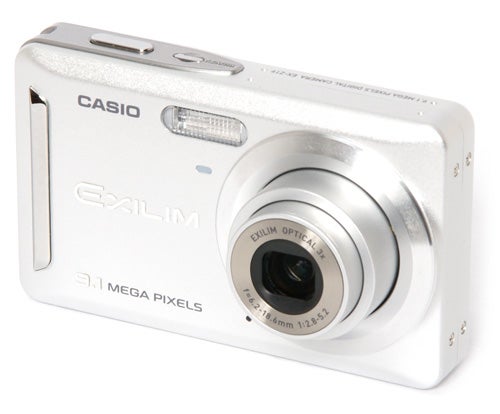 The Z19 has a rather plain aluminium body. Despite what it says on Casio’s website it measures 92 x 55 x 25mm and weighs 127g excluding battery, which is about average for a current ultra-compact. Its overall design is virtually indistinguishable from any one of dozens of similar compacts from other manufacturers, such as the Pentax S-series, or the Fujifilm J-series. Like most of Casio’s ultra-compacts it is available in a wide range of colours, including two shades of pink, black, the silver shown here and something that I can only describe as pee green. The overall build quality is quite good, but the body does creak a little when squeezed. 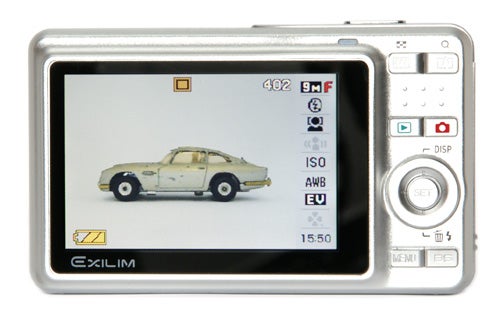 The external features are also a bit uninspiring. The 2.6-inch monitor has a relatively low resolution of 144k dots and has a disappointingly restricted angle of view. The controls are sensibly laid out, leaving enough room to grip the camera, and like most Casio cameras it does handle well, but the zoom control is a small rocker switch rather than the usual rotary bezel. The zoom action itself is stepped, with only five positions between wide and telephoto, which makes framing a bit hit-or-miss.

Also in common with other Casio compacts, the Z19 features the useful quick control panel, a row of icons down the right side of the screen that offer quick access to often-used functions such as image size, exposure compensation, flash mode, ISO setting, and white balance. If that wasn’t simple enough it also has an Easy mode which restricts user input even further. 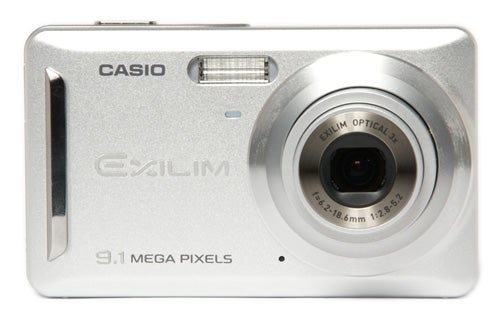 The Z19 is distinctly short on the sort of innovative features we’ve come to expect from Casio, lacking the auto-shutter feature of the Z85, or the mechanical image stabilisation of the EX-Z200. Maximum sensitivity is only 1600 ISO, minimum focus distance is 15cm, and even the flash is a bit on the weak side, with a maximum range of only 2.8 metres.


It does of course have the usual Best Shot mode, Casio’s name for the scene mode, with 22 options including all the usual suspects such as portrait, landscape, kids, sports and flowers, but also including less obvious choices such as soft flowing water, food, text and auction, a special mode for eBay pictures. It also has a YouTube video mode, which records in H.264 codec format and saves movies to a specially labelled folder on the memory card. 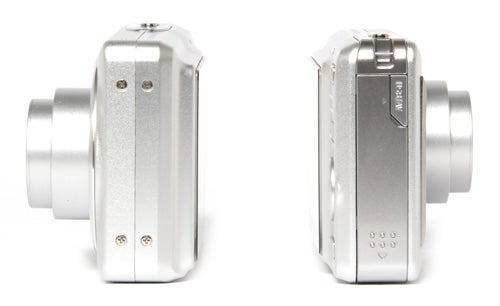 The standard video mode can shoot in WVGA format (848 x 480) at 30fps with mono audio, although as with most compact cameras the zoom lens cannot be used while recording. There is also the option to record audio only, which could be useful for recording lectures or meetings.

Casio’s official blurb for the Z19 calls it “high performance”, and claims that it has a 1.4-second start-up time and 0.008 sec shutter lag, although it is careful to qualify these statements. It can start up in 1.4 seconds if the monitor is switched off, and that fast shutter lag is only after it has already focused. Back here in the real world, the normal start-up time is approximately 2.3 seconds, which is still far from terrible, and the autofocus system is also nice and quick. It is also very reliable in most lighting conditions, although it does have a low-light limit. The Z19 has no AF assist lamp, so full darkness defeats it.

Shot-to-shot time in single-shot mode is approximately three seconds, which is actually a little on the slow side by recent standards, however in continuous shooting mode it can manage just over one frame per second, which isn’t too bad. It’s actually slightly faster for the first half-dozen frames, managing 1.4fps, but then the buffer fills up and it slows down.


Image quality is also reasonably good for what is after all quite a cheap camera. The lens produces some barrel distortion at wide angle, but centre sharpness is very good and the corners of the frame are also acceptably sharp. The 9.1MP sensor records a good level of detail, and the low compression in Fine quality mode produces image files of around 5.5MB with few if any JPEG artefacts. Colour reproduction is excellent, however the exposure metering does not cope especially well with strong backlighting, necessitating the use of exposure compensation in some situations. Dynamic range could also be better, with burned-out highlights and poor shadow detail in very high contrast conditions. 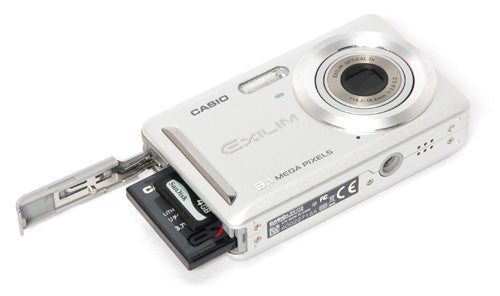 Image noise is about average for a camera in this class, with good results at 64 ISO, but progressively more noise as the ISO setting is increased. However the noise is quite well handled, and even at 800 ISO colour balance and contrast are maintained and images would make acceptable small prints, although results at the maximum 1600 ISO are a bit blotchy.

Although its specification is rather primitive by recent standards, and it is distinctly lacking in advanced features, the Casio Exilim EX-Z19 offers decent design and build quality, reasonably good performance and acceptable image quality for an attractively low price. However for just a little more money one can buy a similarly-sized camera offering many more features. 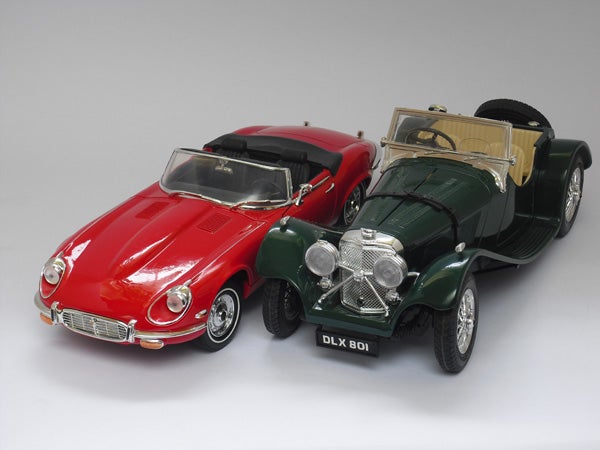 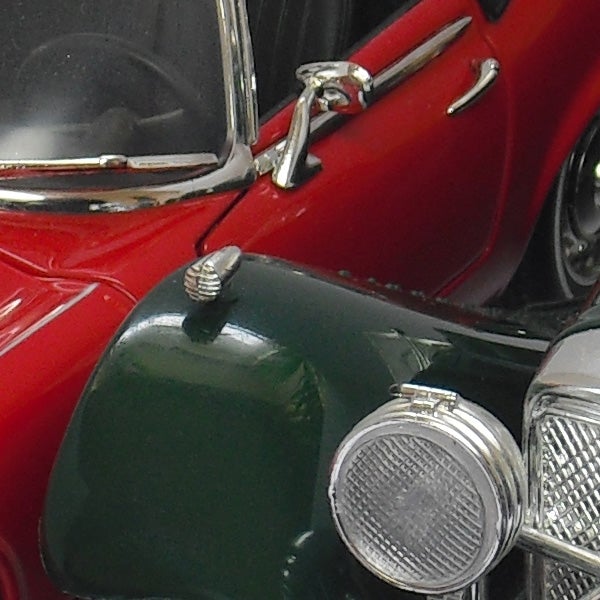 There is a hint of colour mottling, but at 64 ISO the Z19 produces good results. 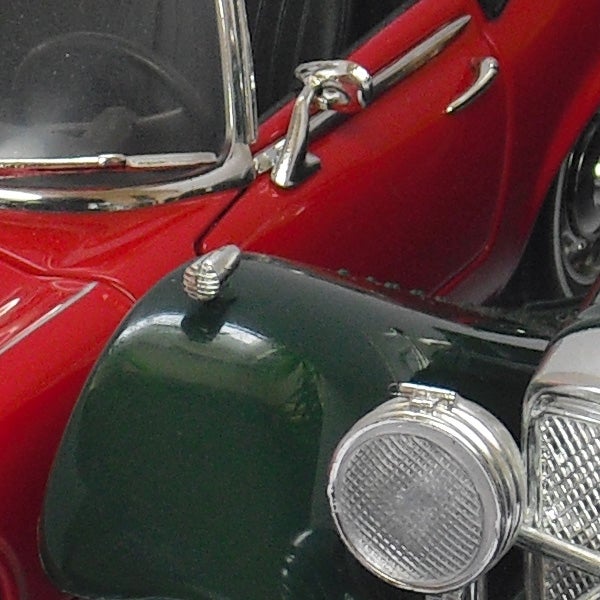 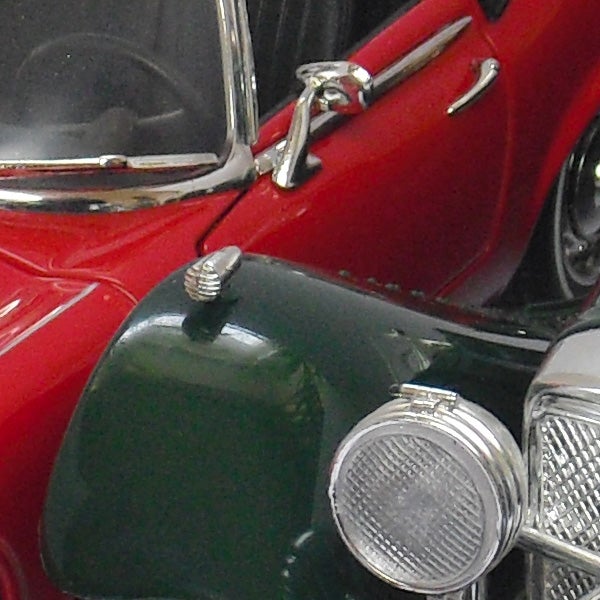 Progressively more noisy at 200 ISO, but colour, contrast and detail are still good. 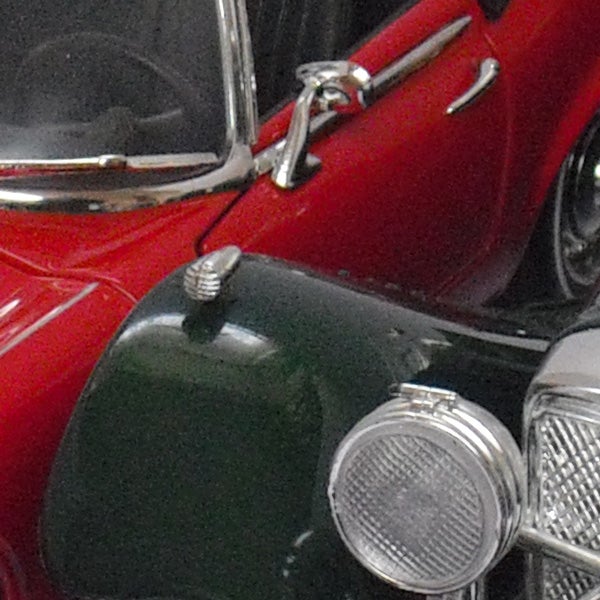 The noise reduction is working well at 400 ISO, and the image quality isn’t bad for a camera in this class. 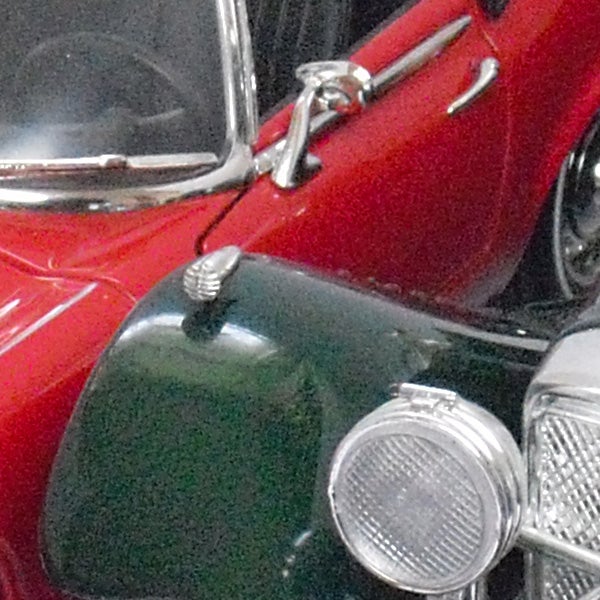 Quite a lot of noise at 800 ISO, but colour and contrast asre still OK, and the image is suitable for small prints. 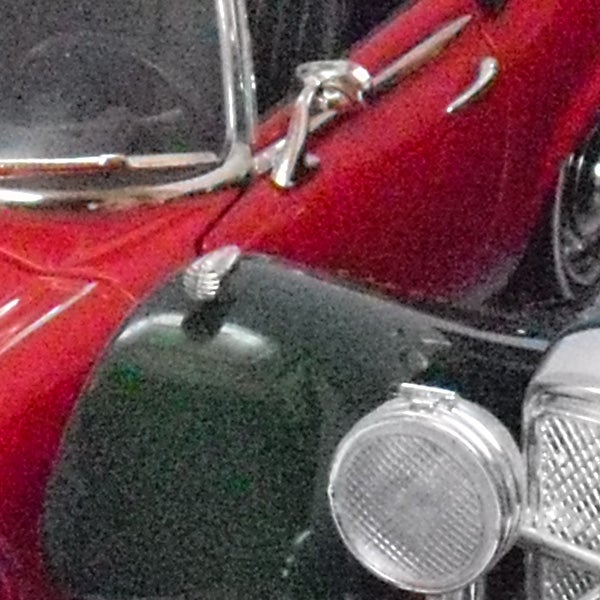 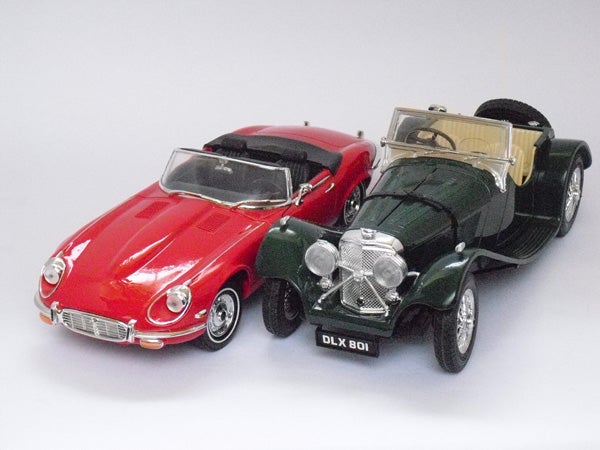 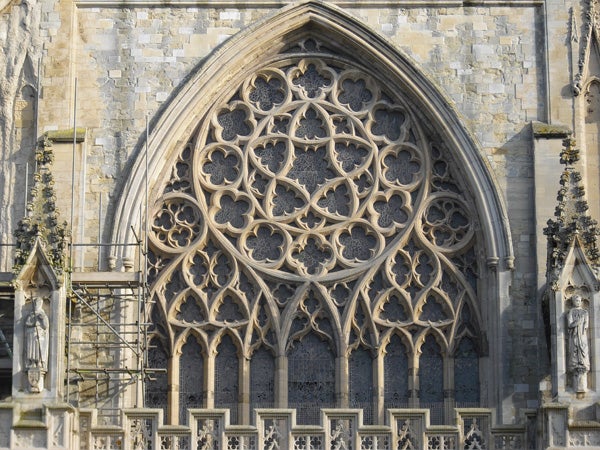 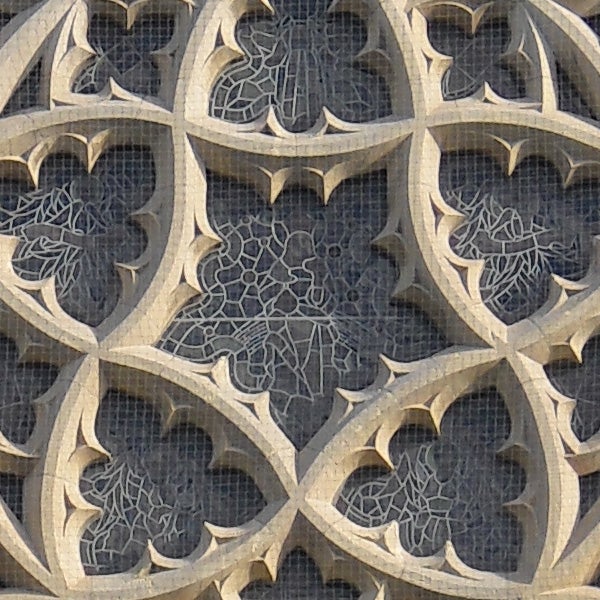 The level of recorded sharp detail is very good for a budget camera. 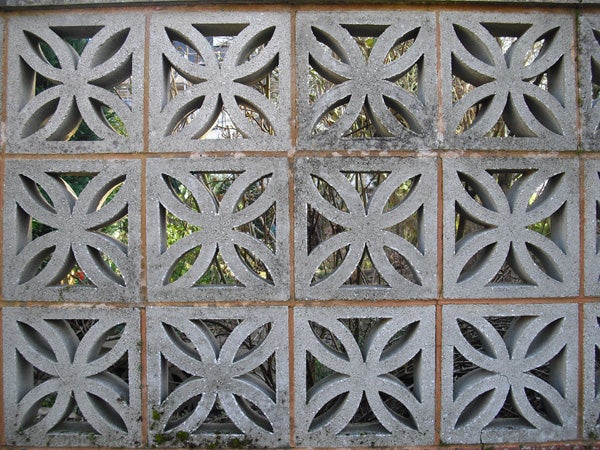 The lens does produce some wide-angle barrel distortion, but it’s not too severe. 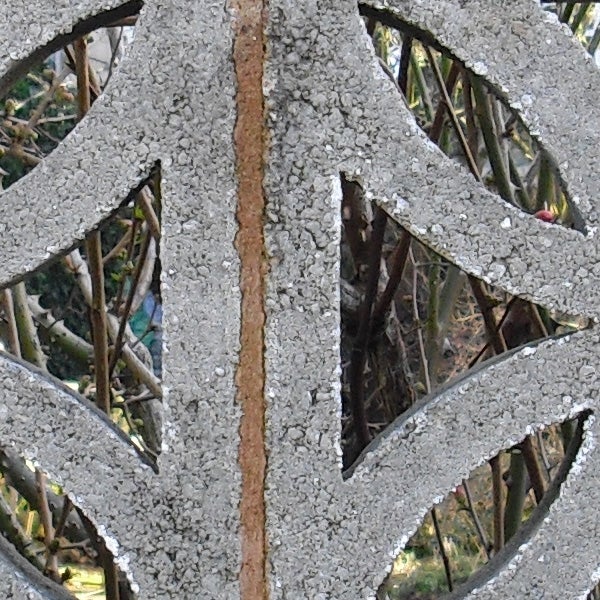 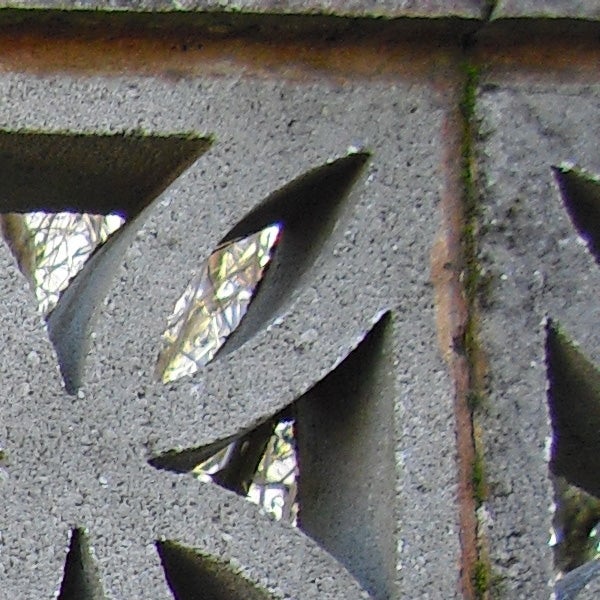 There is some blurring at the far corners of the frame, but on the whole not bad. 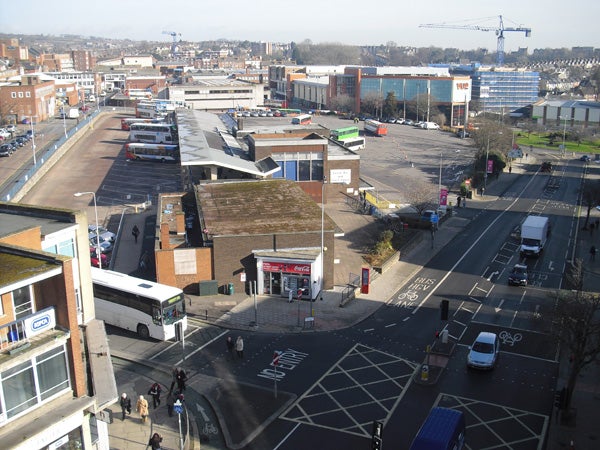 The wide angle end of the zoom is equivalent to 37.5mm. 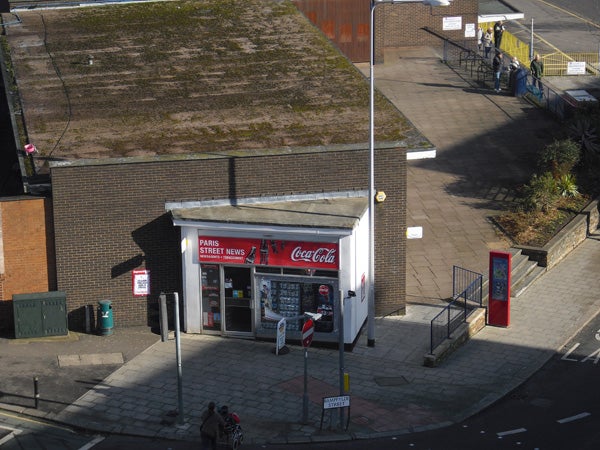 The telephoto end is equivalent to 112.5mm. 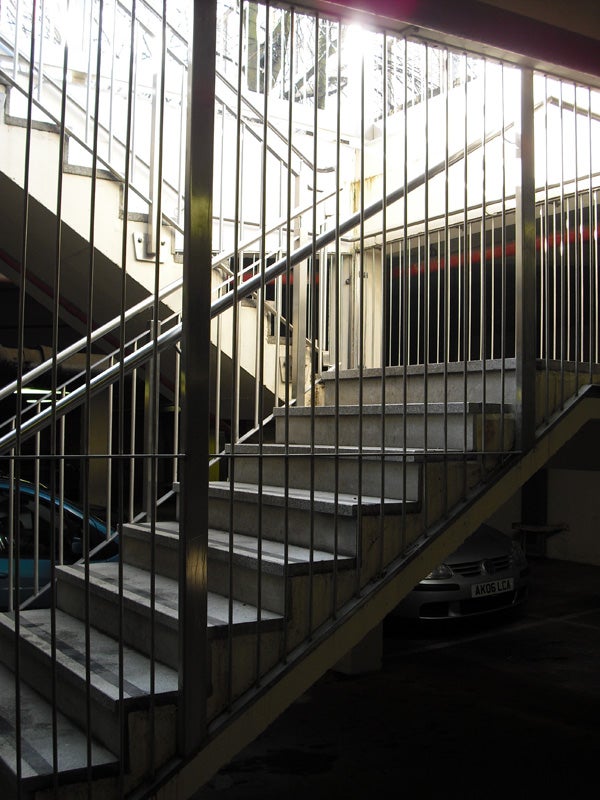 Dynamic range could be better; highlights are burned out, and there is little shadow detail. 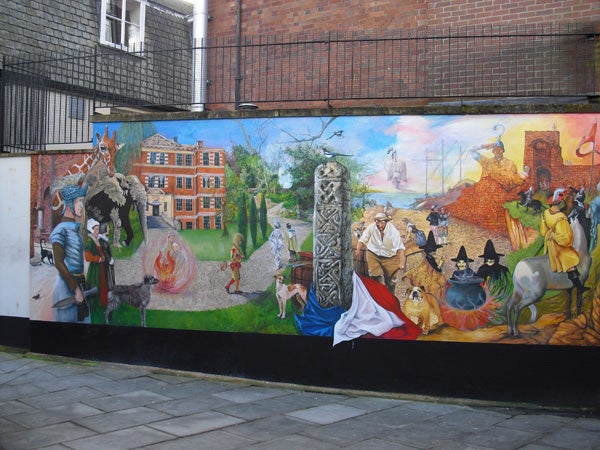 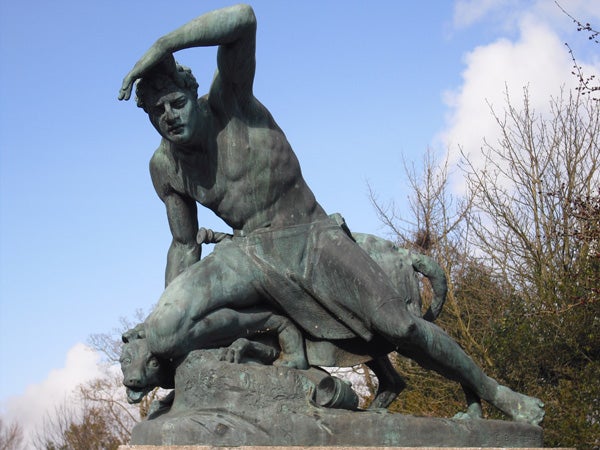 The Z19 is great for casual snapshots.