Casio may not be the most prolific digital camera manufacturer, with a current range of 21 models, but it is one of the oldest, launching its first camera, the 0.3-megapixel QV-300 in 1996. Despite its long pedigree Casio today has only a tiny share of the camera market, around three percent in 2006, surpassed by relative latecomers such as Panasonic and Samsung. The only reason I can think of for this is that the Casio brand name is associated in the public consciousness with cheap calculators and digital watches, and therefore potential buyers tend to overlook its cameras in favour of more expensive models from Canon, Nikon or Sony. This too is strange, because Casio watches and calculators are generally very good, to say nothing of its professional music keyboards, cash registers and other electronic products. Furthermore, the Casio Exilim range contains some outstanding cameras, such as this EX-Z1080. 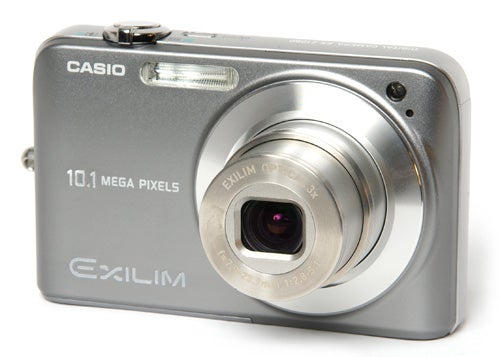 
The Z1080 makes a good first impression. Although not one of Casio’s slimmest cameras it is by no means bulky, measuring 91.1 x 57.2 x 24.2mm, and weighing 125g minus the battery. The body is all aluminium, and like most of Casio’s range it is available in a choice of colours, including silver, black, blue, pink and the gunmetal grey of my review sample. Build quality is excellent, and the camera feels solid and robust. The shape is smooth with rounded corners, and the flush-folding lens means that it will slip easily into a jacket pocket or small handbag for a night out. 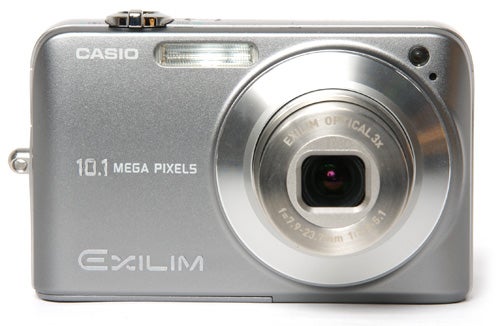 The wide-format 2.6-inch monitor doesn’t leave a lot of room on the back of the camera, but the controls, consisting of only four external control buttons and a small D-pad, are sensibly designed, and they are not at all fiddly. The zoom control is a rotary collar around the shutter button, which leaves enough room on the back for a small textured thumb grip. Despite its size the Z1080 is quite comfortable to hold securely and handles surprisingly well.

The monitor screen may be larger than average, but it’s not particularly sharp at only 114,000 dots, and its viewing angle could be wider. However it is nice and bright, has a fast refresh rate, and is relatively glare-free even in bright sunlight. In common with the other models in the Exilim range, the Z1080 has a permanently-displayed on-screen menu which gives quick access to a range of often-used shooting options, including flash mode, AF mode, face detection setting, anti-shake mode, ISO setting, white balance and exposure compensation. As well as this, the functions of the left and right directions on the D-pad can be customised to provide instant control over a list of options, making the Z1080 extremely quick and easy to operate. 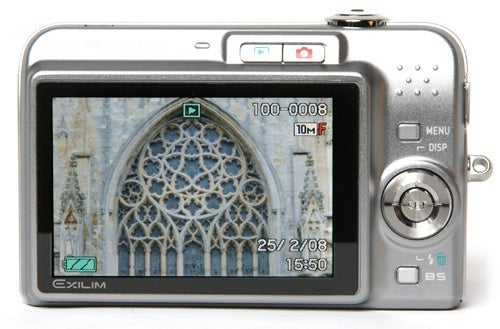 Although the Z1080 is designed as a point-and-shoot snapshot camera, it does have quite a wide range of useful features, including no fewer than 41 scene programs in Best Shot mode. It has several continuous shooting options including a three-shot burst mode with flash, a selection of AF modes including centre-spot, multi-spot and tracking AF, and of course the face recognition system. This has appeared before on several Casio cameras, and is certainly an amusing novelty. You can pre-program it with the faces of your friends and family, and it is supposed to recognise them in a group of other faces and focus on them as a priority. It does work, but in practice it is not particularly reliable.


Another feature that has also been seen on previous models is the YouTube video mode, which shoots VGA movie clips and encodes them in the H264 format used by the popular video sharing site. There is also a YouTube uploader program included in the camera’s supplied software. However if you’ve ever uploaded a video to YouTube you’ll know that you really don’t need any special video formats of uploader programs to use it, so this feature is also mostly a sales gimmick. 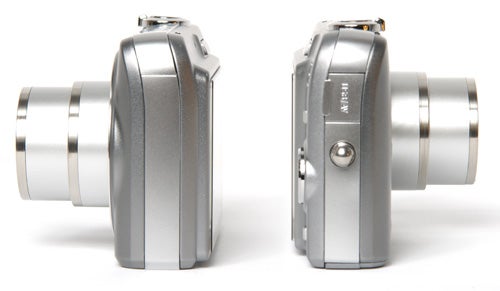 The camera also has a number of rather more useful features in playback mode, including resizing, cropping and rotating, brightness, white balance and colour adjustment, dynamic range boost, perspective correction and multi-image print layouts. Viewing recorded images is also very quick, with the capability to scroll through 100 images in 10 seconds.

Overall performance is a traditional strong point for Casio cameras, and the Z1080 is no exception. It starts up in just under two seconds, and shuts down again just as quickly. In single-shot mode its shot-to-shot cycle time is also just under two seconds, which isn’t blindingly quick, but is far from shabby. Normal speed continuous mode is somewhat quicker, shooting at just over a second per frame. High-speed continuous mode is limited to two megapixels, but can shoot at about five frames a second, which is pretty impressive. Casio’s autofocus system is exceptionally fast, quicker than any except perhaps Canon’s. The Z1080 focuses quickly and accurately in a wide range of lighting conditions, and works extremely well in low light. It can shoot in the dark at a range of several meters thanks to a good AF assist lamp. 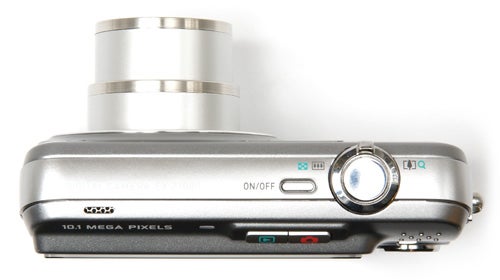 Another strong point is battery duration. The Z1080 is powered by a big 1300mAh Li-ion battery, the highest capacity I’ve seen in a compact camera. Casio claims a duration of 370 shots or 2hrs 40mins of video recording, and my experience using the camera seems to bear this out.


I’ve criticised some previous Casio cameras for overall picture quality, but here too the Z1080 scores high marks. The lens performs much better than some previous models, with excellent edge-to-edge sharpness with virtually no chromatic aberration. There is some barrel distortion at wide angle, but no distortion at the telephoto end. In the highest quality setting the Z1080 records JPEG files that average around 4.8MB, larger than average for a 10MP compact and consequently much less compressed, prodicing more fine detail with fewer artefacts. Exposure and colour reproduction is excellent, and dynamic range is also better than average for a 10MP compact, thanks to the larger size 1/1.75-inch sensor. Noise control is also better than expected, with no real noise problems at up to 400 ISO, and usable images at 800. Noise does become a problem at 1600 and 3200 ISO, but even at these settings overall colour balance remains reasonably good, although you wouldn’t want to print them out at more than snapshot size. 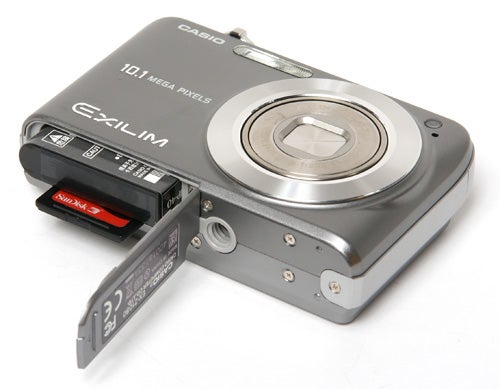 The Casio Exilim Z1080 is an underrated bargain, and stands out in the small but competitive field of high-resolution ultra-compacts. It offers excellent build quality, stylish but sensible design, a useful range of features, good performance including class-leading battery duration and excellent low-light focusing, and most importantly very good picture quality, and does it all at a price that comfortably beats its major competitors. If you’re considering a Canon IXUS or Nikon S-series, take a look at the Casio Z1080 as well, and possibly save yourself some money. 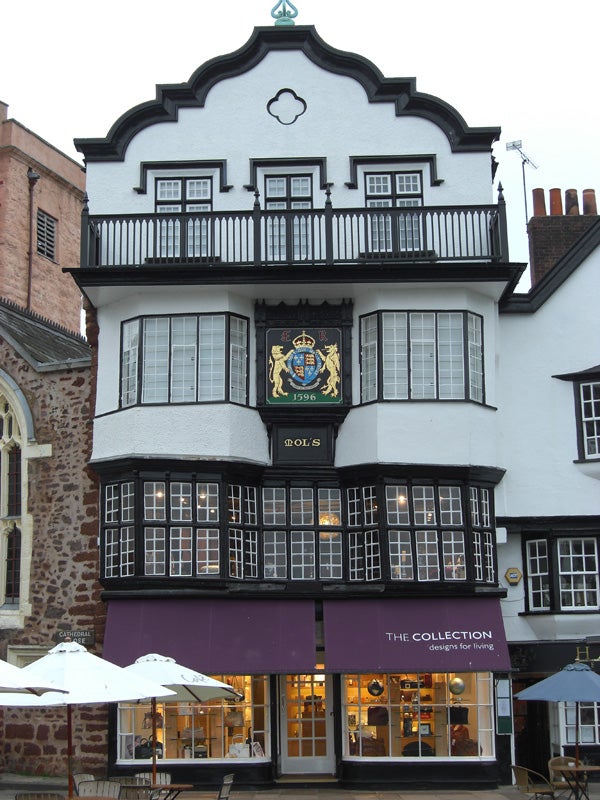 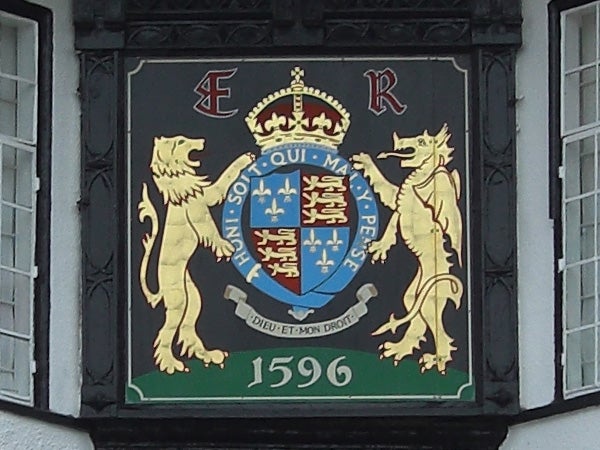 At the minimum ISO setting there is no noise and plenty of detail. 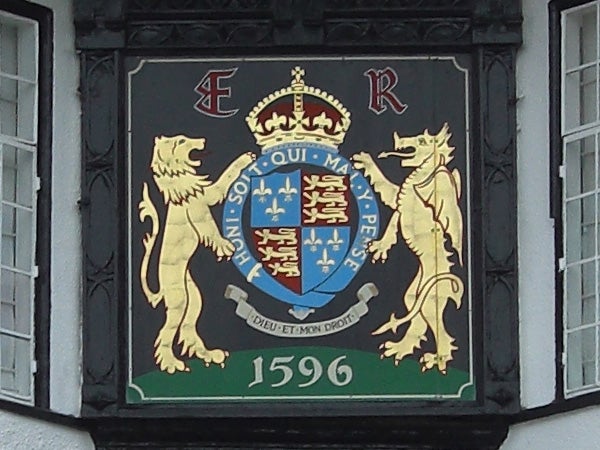 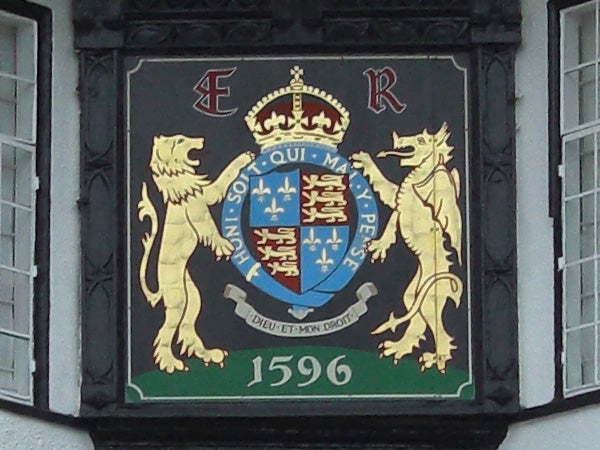 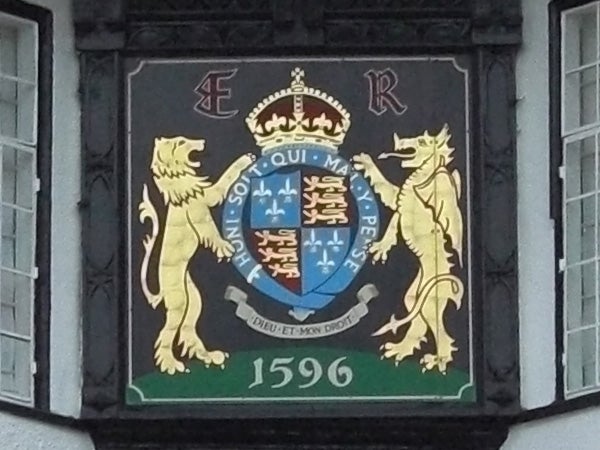 The effects of noise reduction are becoming apparent at 400 ISO, but image quality is still very good. 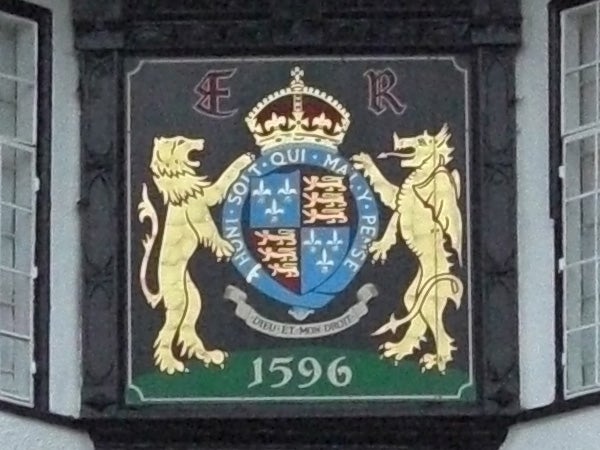 Quality is fading at 800 ISO, but the image is still just about printable. 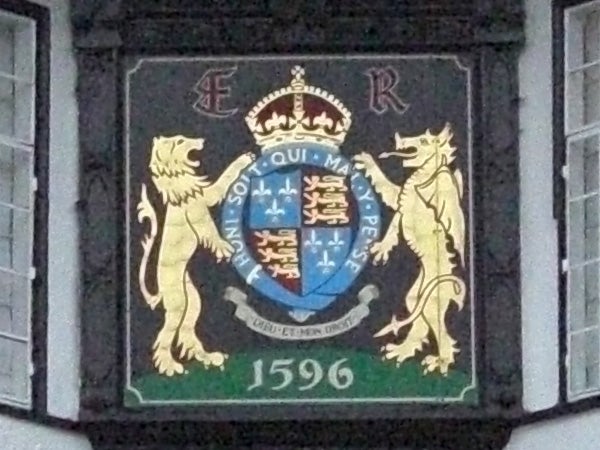 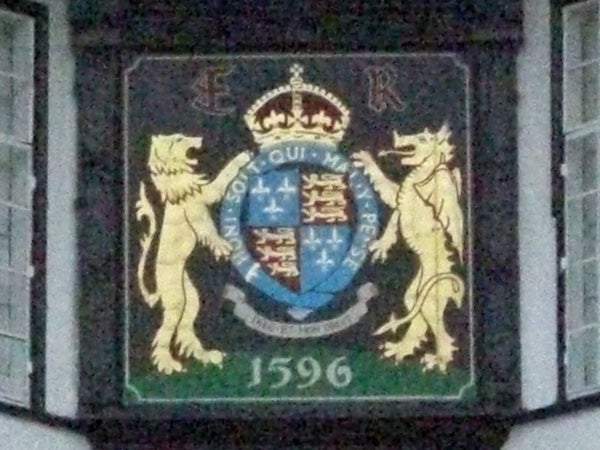 3200 ISO and the image quality is now very poor. 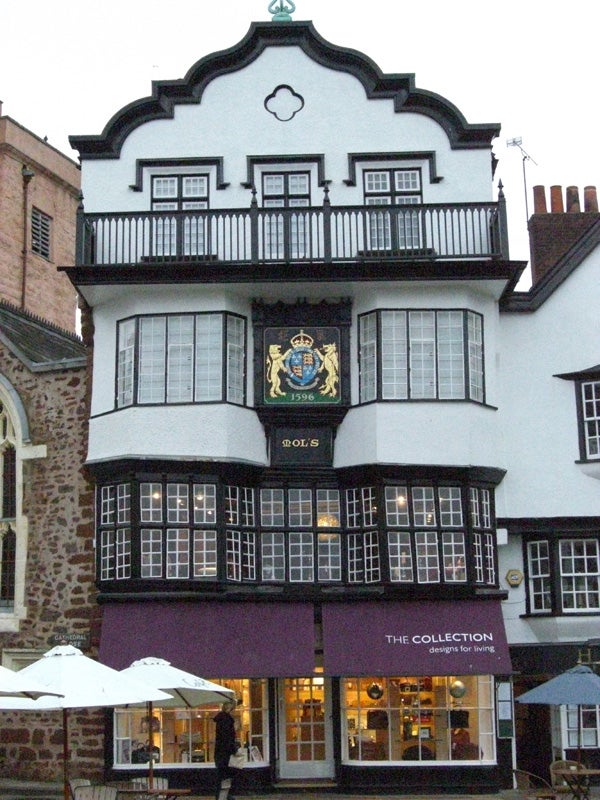 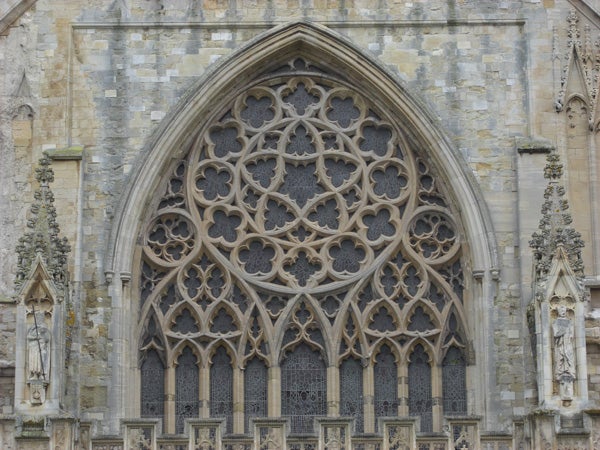 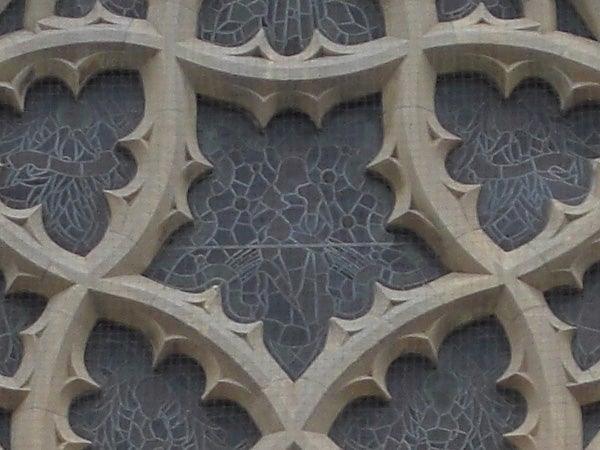 Unfortunately this shot was taken on a very dark and overcast day, which has reduced the contrast, but the level of fine detail is still impressive. 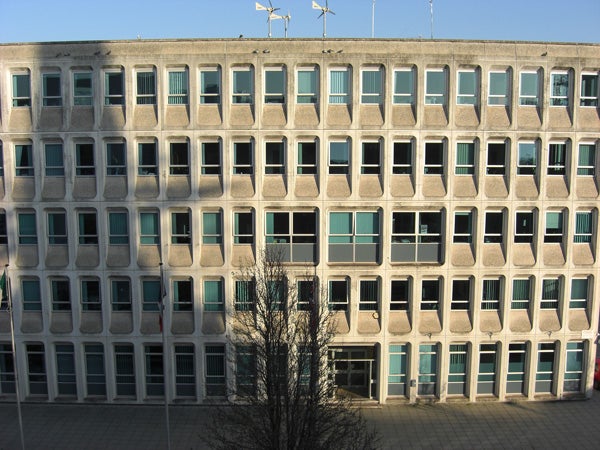 The lens does produce some barrel distortion at the wide angle end. 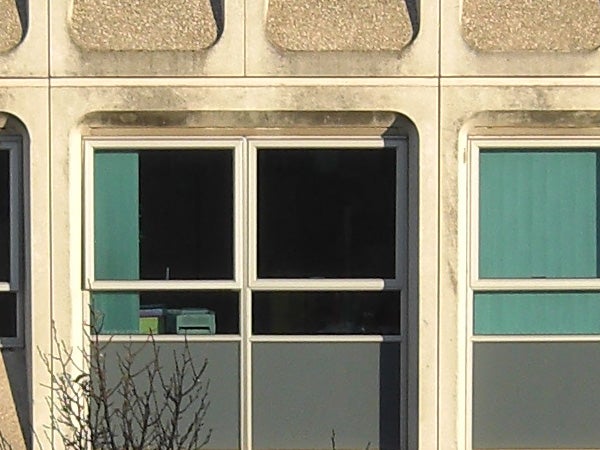 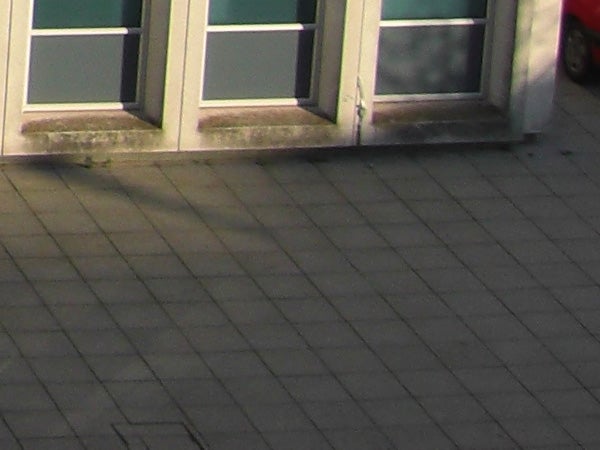 Corner sharpness is also very good, with barely a hint to chromatic aberration. 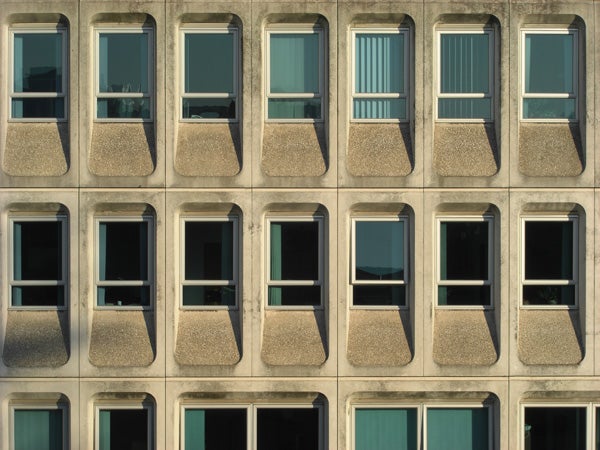 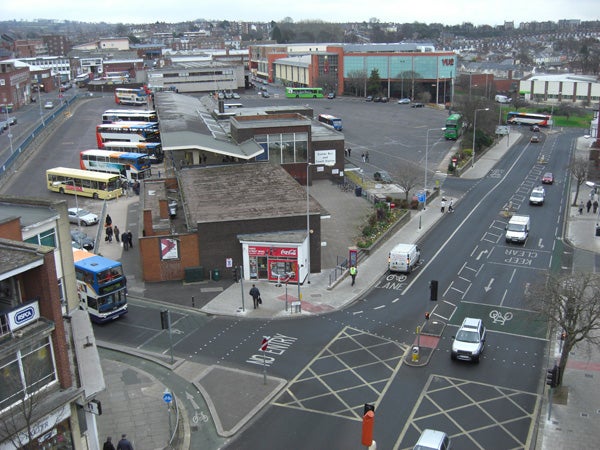 The wide angle end of the zoom range is equivalent to 38mm. 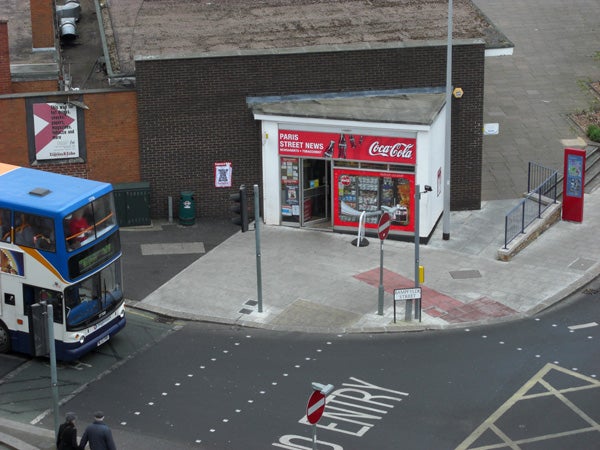 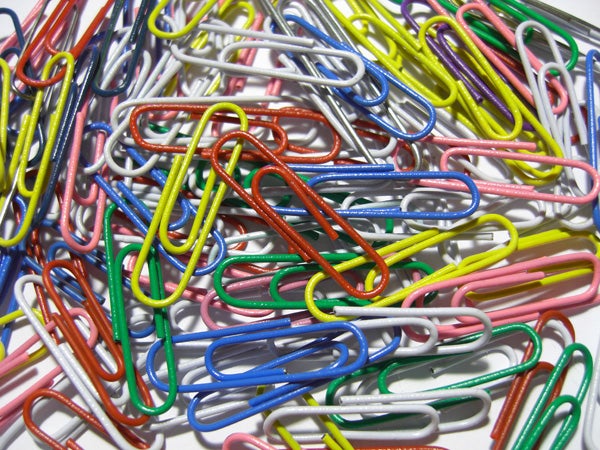