Although Casio has recently launched a couple of unusual super-zoom cameras, the Exilim EX-F1 and the EX-FH20, as well as the high-performance 5x zoom compact EX-FC100, the core of its business has long been the common 3x zoom ultra-compact camera. Recent examples have included the 9.1-megapixel EX-Z19 and EX-Z85, and the 8.1-megapixel EX-Z80 launched last year. Casio has just launched another 3x zoom compact, this time with a 10.1-megapixel sensor, the Exilim EX-Z1. 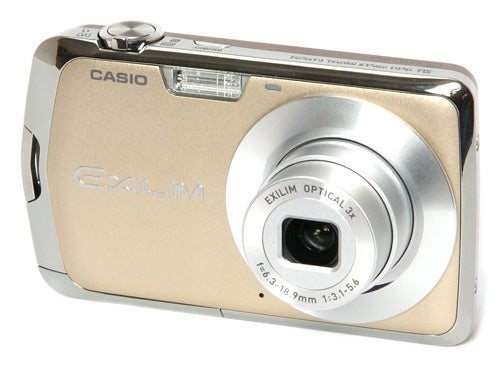 The Z1 certainly makes a good first impression. It has a strong all-metal body with coloured semi-matt panels and plenty of bright chrome trim. Like most Casio compacts the Z1 is available in a wide range of colours, including black, silver, blue, purple, pink and the gold of my review sample. It is an exceptionally slim camera, just 20mm thick including the lens surround, although as usual whoever wrote the spec sheet measured it ignoring this somewhat vital feature, giving a figure of 17.8mm. It’s also very light, weighing approximately 120g including battery and memory card. With its sleek shape and rounded edges it slips easily into a shirt pocket. 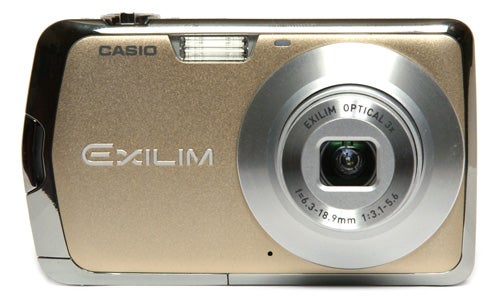 That slim and stylish body does have an important disadvantage though. The rear panel is dominated by a big 2.7-inch widescreen monitor, which doesn’t leave much room for the controls, and even less room for your thumb. That, and the rounded edges on both the front and rear, make the camera difficult to hold securely. Also the position of the shutter button and zoom control is very close to the right end of the top panel, and doesn’t fall readily under the forefinger.

I’m also not massively impressed by the other controls. As I mentioned, the buttons and the tiny D-pad are squashed together at the right-hand end of the rear panel, and the position of the video recording button the one with the red dot in the picture below) means that it’s very easy to press it accidentally. The buttons are also poorly labelled, with symbols etched into them. Chrome etching on a chrome button is difficult enough to make out in good light; in dim lighting it’s almost impossible to see. 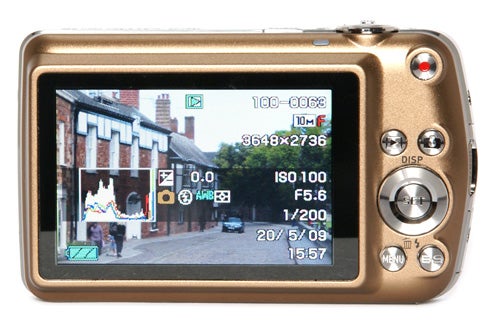 In terms of its main features, the Z1 represents something of a step backwards from the fairly sophisticated recent models like the Z80 and Z85, and is closer to the much simpler Z19. It has the usual handy side bar shooting menu, with quick control over common shooting settings, including image size, flash mode, ISO setting, white balance and exposure compensation. Naturally it has Casio’s Best Shot scene mode function, with no less than 23 scene programs, however it lacks advanced features such as the auto-shutter system, high speed shooting or any sort of mechanical image stabilisation. All it has is an auto ISO-boost, which helps to counteract camera shake by increasing the shutter speed. 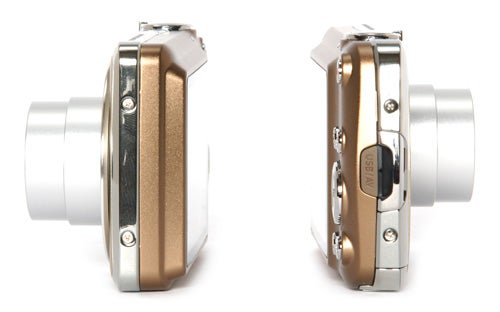 It does a good face detection system, but again it lacks the Friends and Family face recognition found on some other models. The video mode also looks a bit mediocre compared the HD video and high-speed recording of models like the FC100, with a maximum resolution of 640 x 480 at 30fps, although it does have a YouTube mode, and the supplied software includes a YouTube uploader. I’m not sure that this is a big selling point though, since as far as I know YouTube will accept video clips in a wide range of formats, and also has its own uploader.

Casio compacts usually have excellent overall performance, but the Z1 is surprisingly slow. It takes just under three seconds to start up, and well over two seconds to shut down again, which may not sound too bad, but it’s about twice as long as the EX-Z85. In single-shot mode the Z1 has a shot-to-shot time of just over three seconds, which again is slower than normal, however in continuous shooting mode it can manage approximately one shot per second, with a faster burst of up to four shots at approximately 1.5fps.

Part of the problem is the autofocus system, which is much slower than Casio’s normally ultra-fast focusing. It also performs very poorly in low light, which again is unusual for a Casio. The Z1 has no AF assist lamp, so it can’t focus at all once light falls below a certain level. Unfortunately that level is still bright enough to read by.


There is a possible explanation for this apparent inconsistency. It’s a fairly common practice in the digital camera industry for branded products to be manufactured in huge Chinese factories owned by other companies, albeit to the brand company’s specification. Casio has been known to do this, so maybe the Z1 is actually made by a different manufacturer to the other recent models. This is mere speculation on my part, but it would explain why the Z1 doesn’t look, feel or perform like any other Casio compact.


One thing the Z1 does get right is its overall picture quality. Admittedly it’s not utterly brilliant, but it’s far better than average for a low-cost ultra-compact. A lot of the credit goes to the lens, which provides excellent corner-to-corner sharpness, and although it does produce quite significant barrel distortion at wide angle, it is pretty much free from chromatic aberration. Exposure is accurate, colour reproduction is excellent, however the very small 1/2.3-inch sensor doesn’t have a lot of dynamic range. Images also have a slightly over-sharpened look to them which does have an impact on the level of fine detail. I’ve seen better from other 10MP compacts, including previous Casio models. 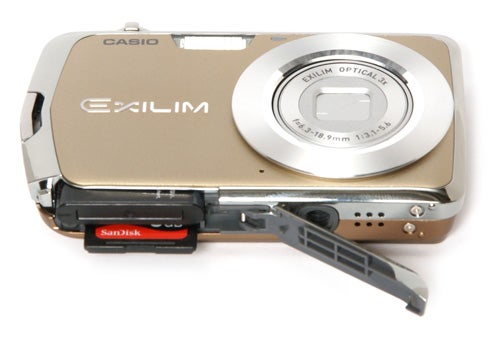 The main IQ problem area is image noise. Picture quality at 64 ISO is very good, with clean smooth tones, plenty of detail and no visible noise, but this doesn’t last long. By 200 ISO there is visible noise in the darker areas, although the noise reduction preserves the detail. By 400 ISO the noise is a real problem, and the detail is starting to fade. By 800 ISO there are colour artefacts, a large loss of detail and visible noise right across the frame. Naturally 1600 ISO is even worse.

When everyone else is making 12x zoom travel cameras with HD video, the Casio Exilim EX-Z1 is something of a throwback. It’s a relatively unsophisticated camera, but it is at least well made and looks good. Unfortunately its poor handling, slow overall performance and lack of low light ability make the Z1 a poor choice for social snapshot photography. There are better cameras for less money, including several from Casio. 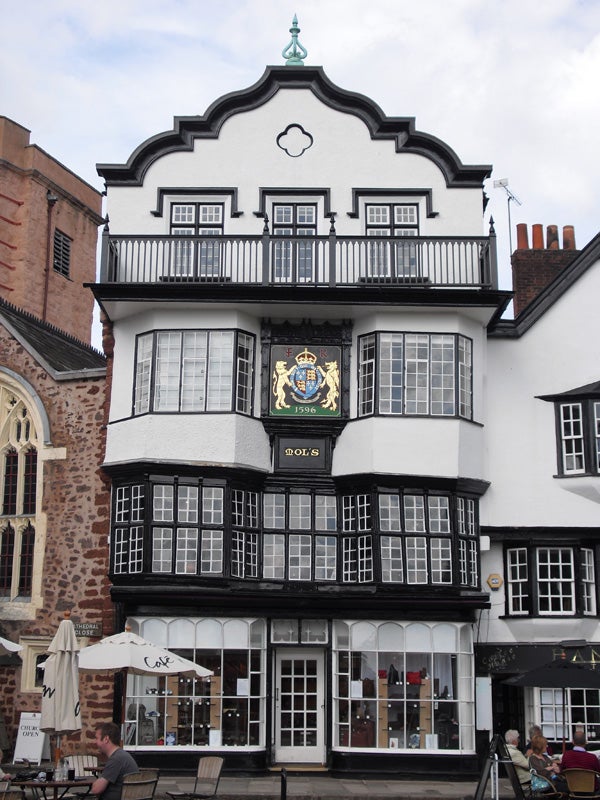 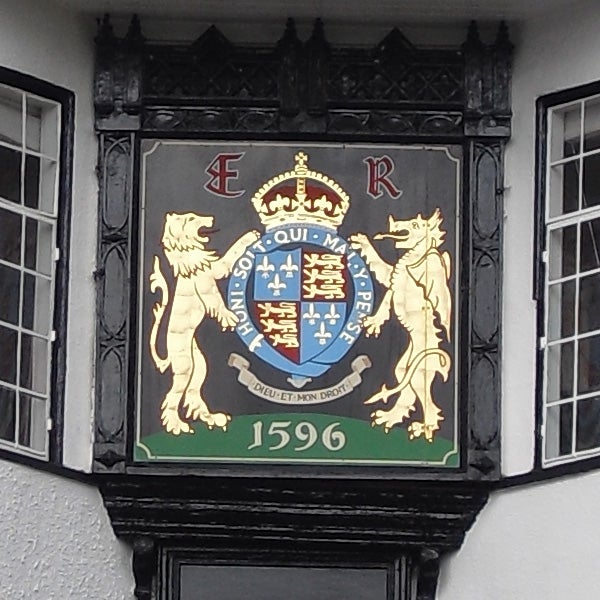 At 64 ISO the image quality is good, although a little over-sharpened. 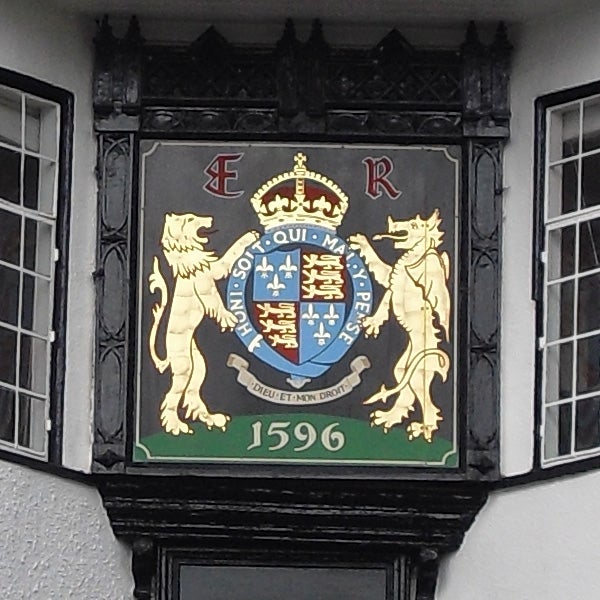 Tones are still relatively smooth at 100 ISO, with plenty of detail. 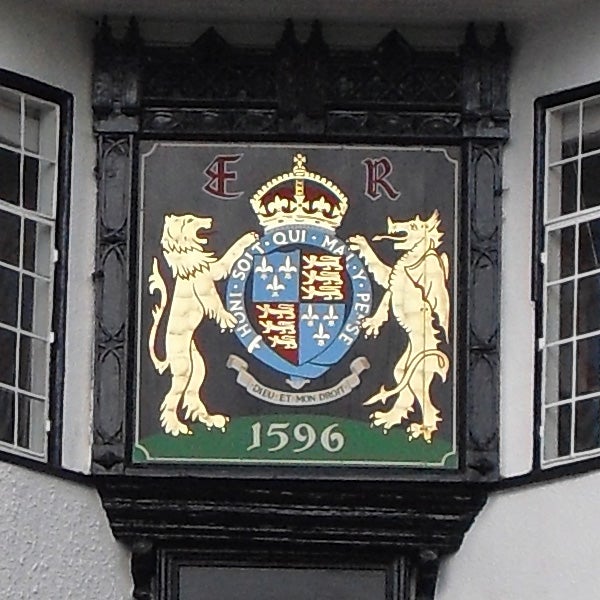 Noise is beginning to creep into the darker areas at 200 ISO, and the green channel is looking a bit flaky. 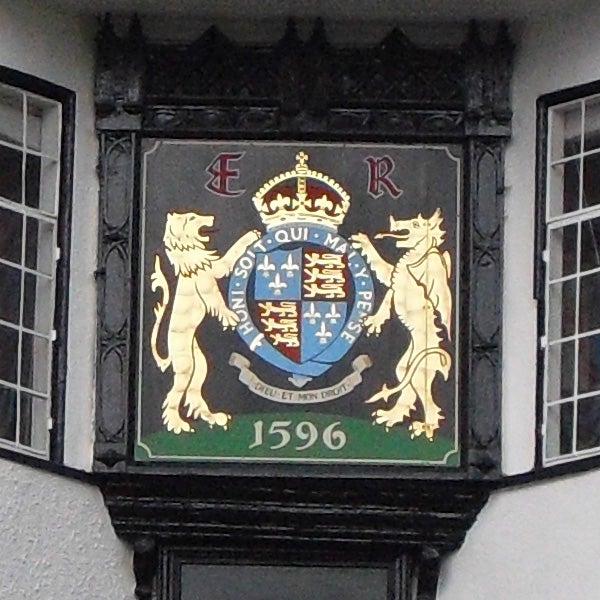 Slightly worse at 400 ISO, with noise and colour distortion visible. 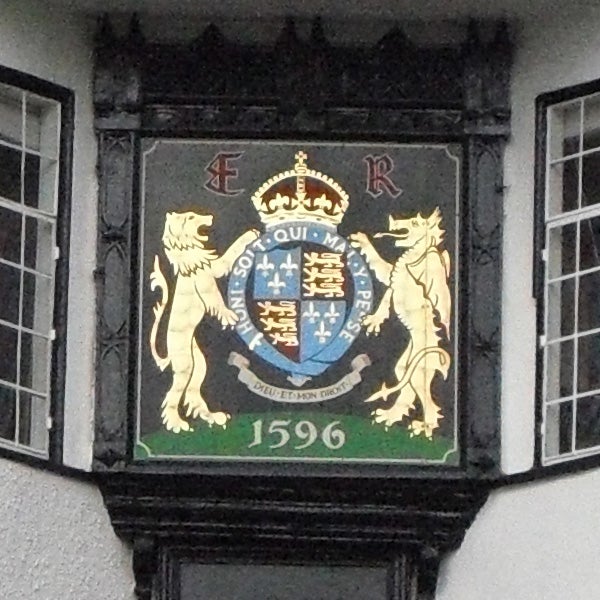 Noise is progrssively worse at 800 ISO. 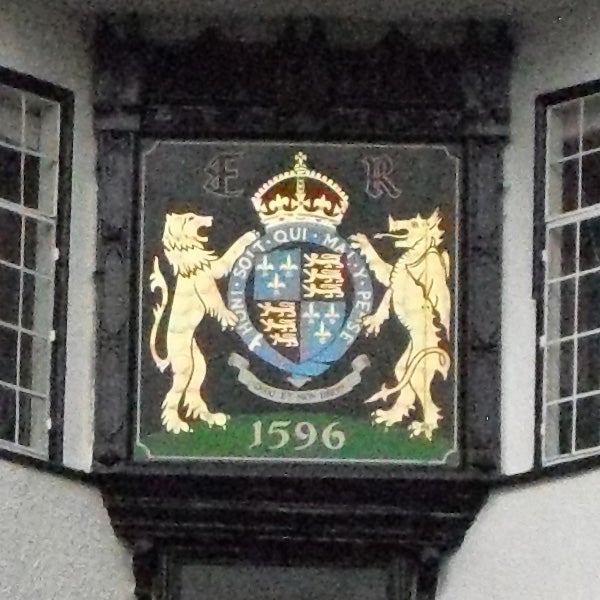 1600 ISO is the maximum setting for normal use. 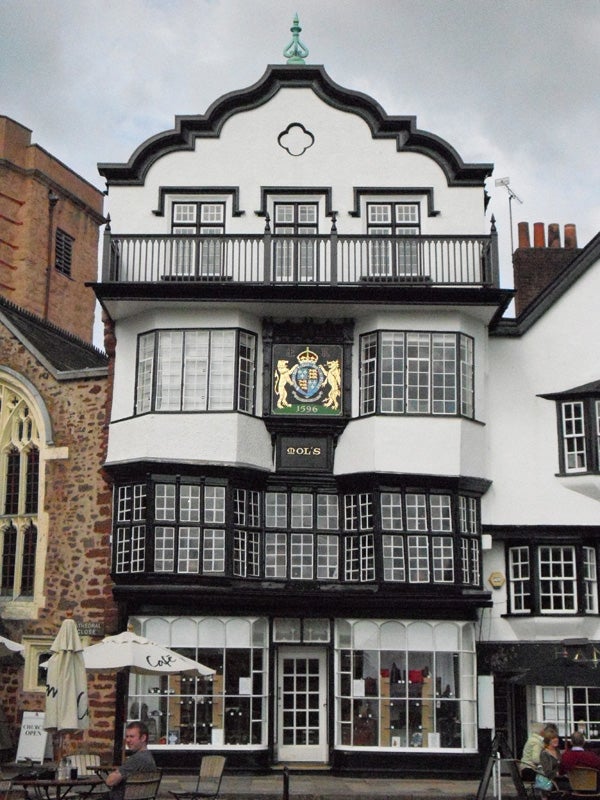 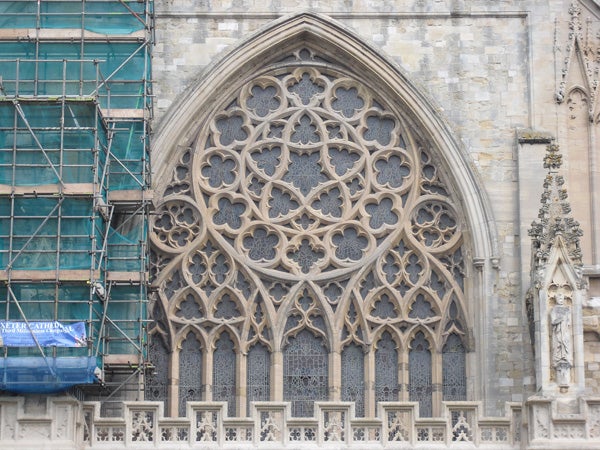 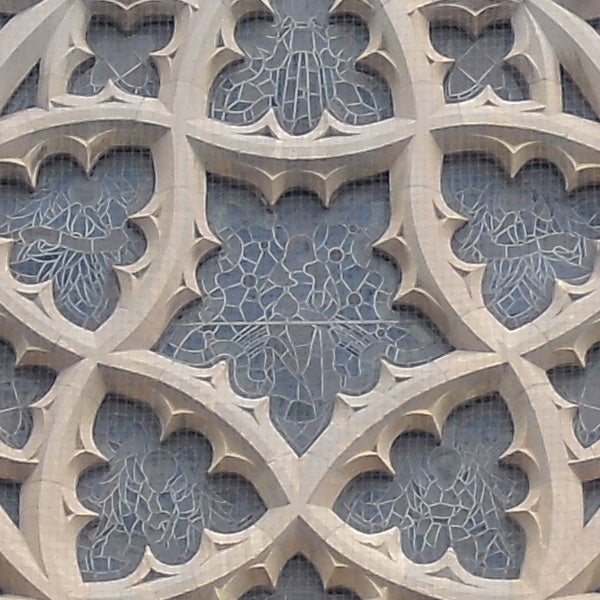 While there is plenty of detail, the image looks blotchy and over-processed. 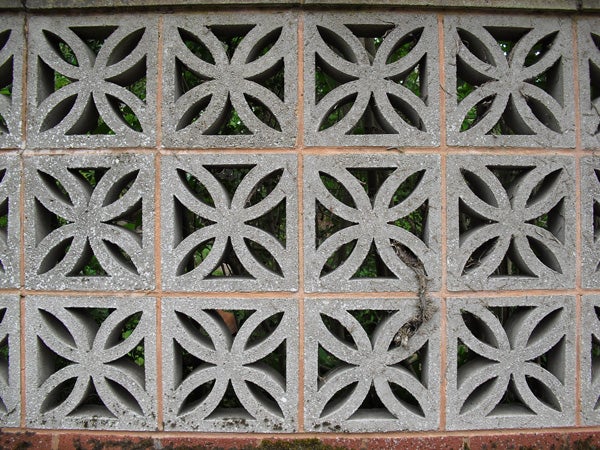 The lens produces some distortion at wide angle, but it’s not too severe. 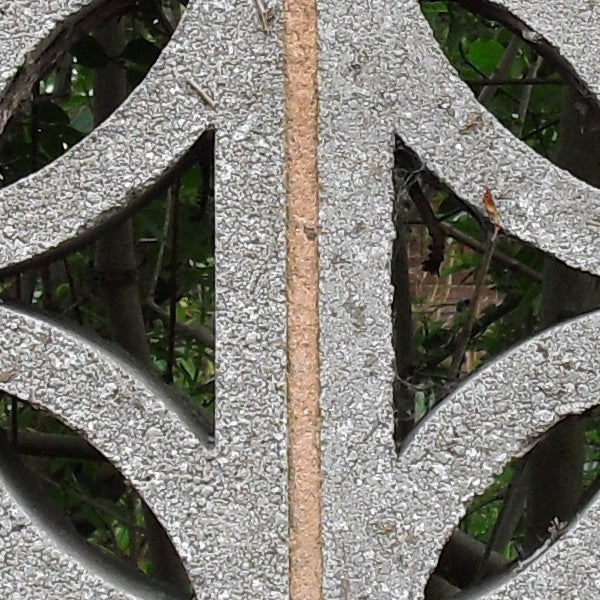 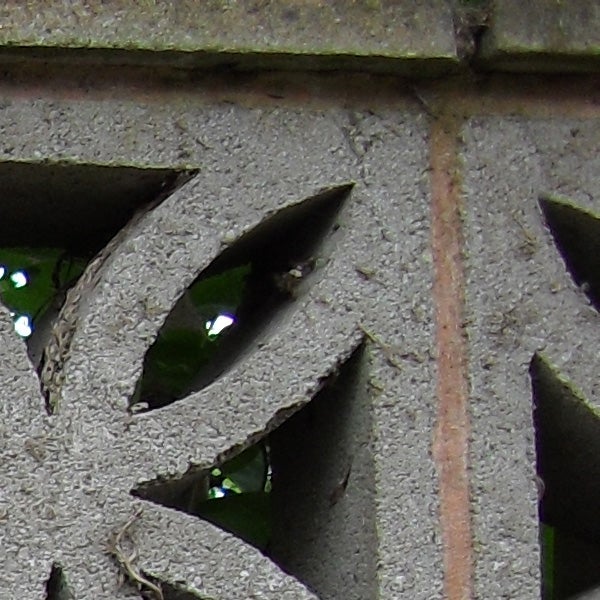 Corner sharpness is also much better than average. 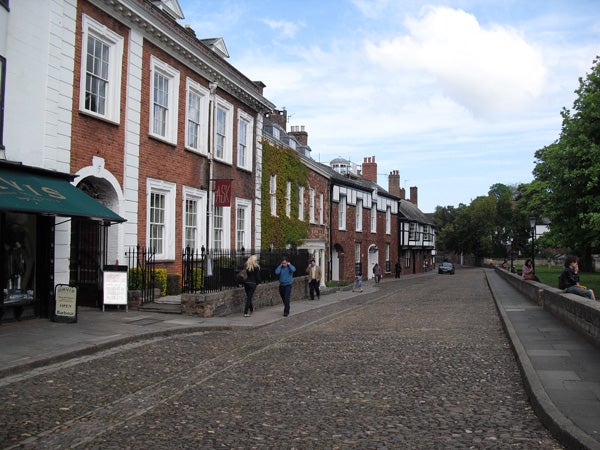 The wide-angle end is equivalent to 35.5mm, about average for a 3x zoom compact. 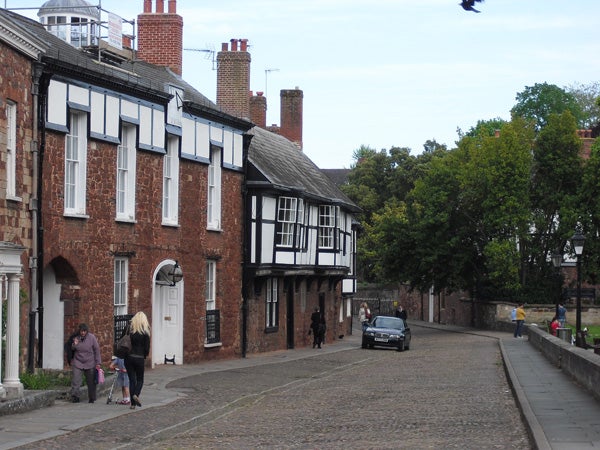 The telephoto end is equivalent to 106.5mm. 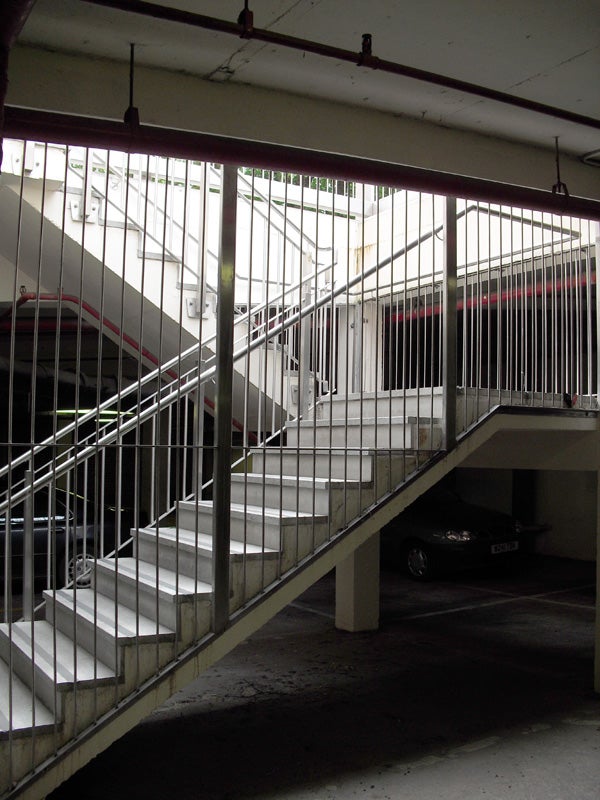 Dynamic range is fairly limited, with no real shadow detail in this shot. 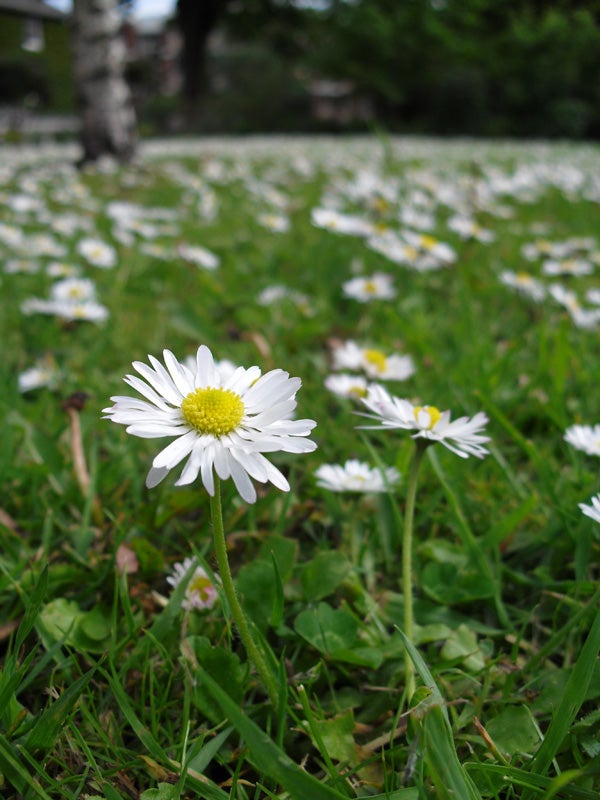