Casio continues to demonstrate that when it comes to cramming as much camera as possible into the smallest space possible, nobody does it better. With the exception of a couple of remarkable high-speed super-zoom models, the company’s Exilim camera range is full of tiny high-performance ultra-compact cameras that are usually of high quality, and are nearly always good value for money. It continues to surprise me that their market share is so low. 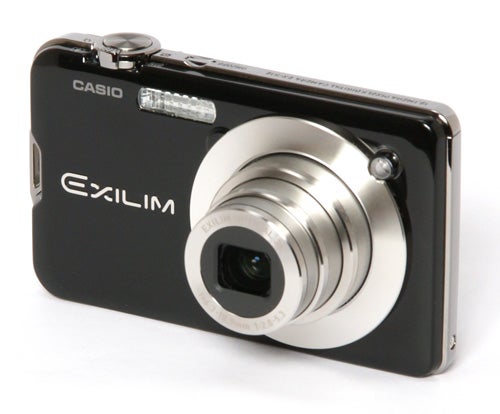 Take this new Exilim EX-S12 for example. It’s the latest in a line of cameras that goes back through previous models such as the 2007 EX-S770 and EX-S880, with contributions from last year’s EX-Z80 and of course the EX-S10 upon which it is largely based, but with some new contributions that come via the advanced technology of the EX-FC100. 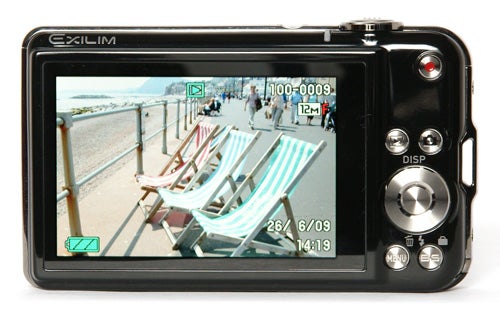 Describing the EX-S12 as an ultra-compact barely does it justice. It’s a 12.1-megapixel, 3x zoom camera weighing just 130g including battery, and with a strong and attractively finished aluminium body that’s only 17mm at its thickest point. Yet despite its tiny dimensions it has a list of features would put many larger cameras to shame, including a 2.7-inch 230k monitor screen, advanced face recognition, automatic brightness correction, adjustable portrait enhancement, continuous flash shooting, and topping it off with an HD video recording mode, all for around £170. It even takes decent pictures.

Of course the tiny size of the EX-S12 is both a blessing and a curse. While it is small and light enough to take anywhere, and well-made enough to survive being squeezed into a hip pocket, there’s no denying the fact that it is a bit fiddly to operate. To make room for the big screen the tiny buttons and scaled-down D-pad are crowded together on 15mm-wide strip that also has to hold the instant video recording button and still leave enough room for your thumb. It is possible to hold the camera without getting your thumb in the way of the screen, but it’s not easy. It’s not helped by the lovely shiny finish of the body, which is a bit slippery even with dry fingers. 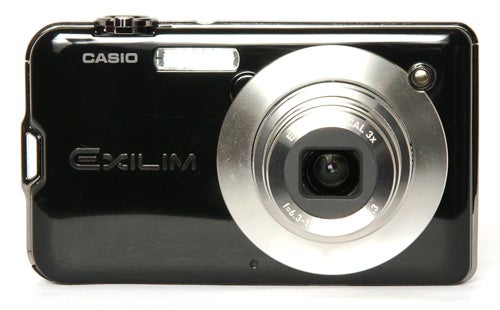 Once you get to grips with it though, the EX-S12 is a very enjoyable camera to use. The controls are quick and responsive, and Casio’s usual sidebar menu makes adjusting the many features quick and easy. It does have a wide range of features both fun and useful. Firmly in the first category is the “Make up” function, which uses face-detection techniques to re-touch portrait faces to smooth out skin texture, remove wrinkles and soften shadows. The effect is adjustable, with an on-screen slider providing 12 strength settings. The lower levels are mildly flattering to anyone over the age of 40, but the higher settings do look a bit freakishly plastic.


Another new option is the Lighting feature, which is just Casio’s version of the automatic contrast compensation that is rapidly becoming a standard feature on all new cameras. It is useful though, helping to improve shadow detail in high-contrast shots giving the S12 a surprisingly good dynamic range. Other advanced features include the Auto-Shutter, which can be set to detect blur, panning or smile, and of course face detection. The Best Shot mode includes some fun options too, including Silent Movie, Multi-motion Image and of course a YouTube capture mode. 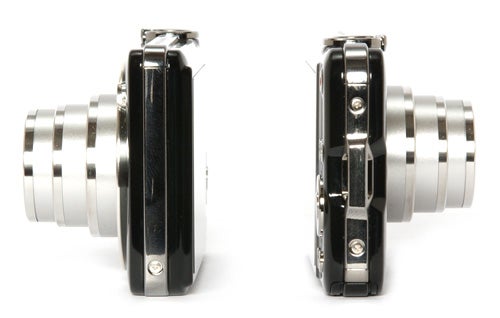 The stand-out feature for this camera though is the HD video recording mode, which is looking like this year’s must-have option. The EX-S12 can shoot at 1280 x 720 resolution at 24 frames per second, with mono audio and clip length limited to 10 minutes. The optical zoom cannot be used while recording. The video quality is pretty good, and the audio is at least acceptable, if not really up to the standard of more expensive rivals.

The S12’s overall performance is, to be honest, a bit average. It starts up in about two and half seconds, which is quick enough, but the shot-to-shot time in basic single-shot mode is a little over three seconds, which is pretty slow by recent standards, and slower still if the “Make up” or extra lighting features are used. The camera has four continuous shooting modes; 20 shots at 10fps and one megapixel resolution, eight shots at 4fps and two megapixels, a 3-shot burst at 3fps and 2mp, but with flash on every shot, and a standard full-res long-period continuous shooting mode, although this is very slow at about two seconds per shot.

As is usually the case with Casio cameras, the EX-S12 has an exceptionally fast and accurate autofocus system, and works well in low light thanks to a good AF assist lamp. The flash is also surprisingly powerful for its size, with a range of at least four meters and excellent frame coverage.


Image quality, and particularly image noise, has traditionally been a weak point for Casio compacts, but the EX-S12 shows encouraging improvements in this direction. Images are largely noise-free at 400 ISO, and have good detail and colour rendition. Even at 800 ISO image quality is far from unusable, although the effects of the noise reduction system are clearly visible. 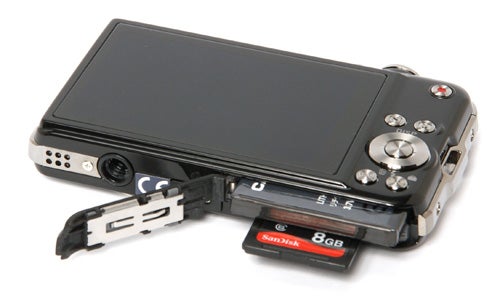 The only real weak point is the lens, which isn’t particularly sharp even in the centre of the frame, and suffers from blurring and chromatic aberration at the edges of the frame. It also suffers from very obvious barrel distortion at wide angle. Casio used to fit canon lenses to its better cameras. Maybe it would be wise to do so again.

The Casio Exilim EX-S12 is about as small and light as an ultra-compact can get without being too fiddly to use, but nonetheless packs in an impressive list of features and an easy-to-use interface. Overall performance is a little slow, but the excellent autofocus and good low-light capability, combined with some fun options make this an ideal camera for social and holiday snaps. 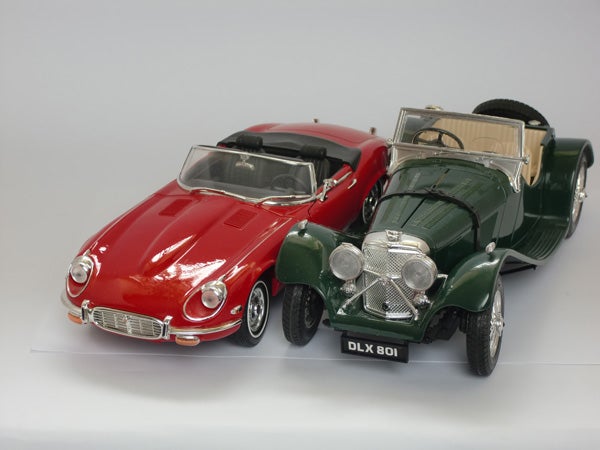 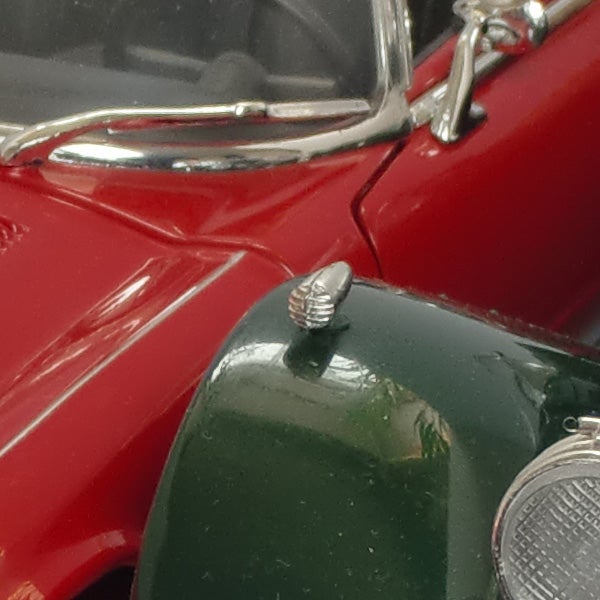 At the lowest ISO setting the image quality is very good, with no noise. 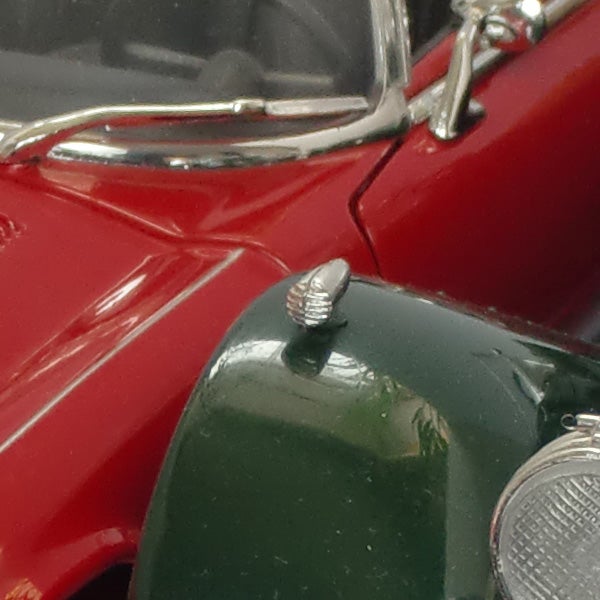 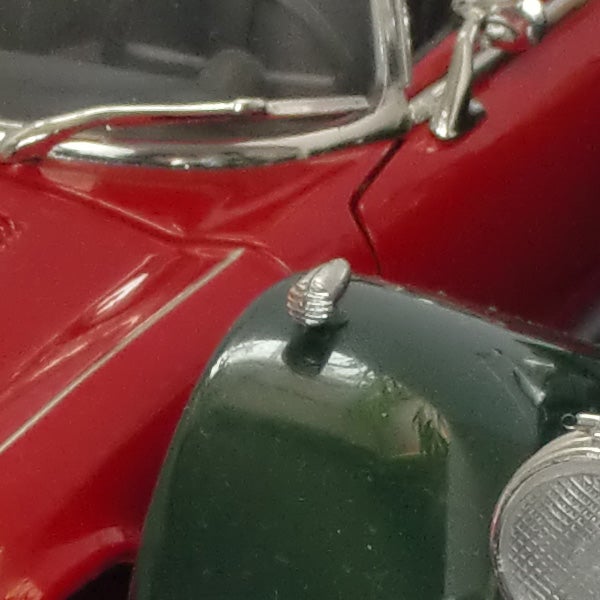 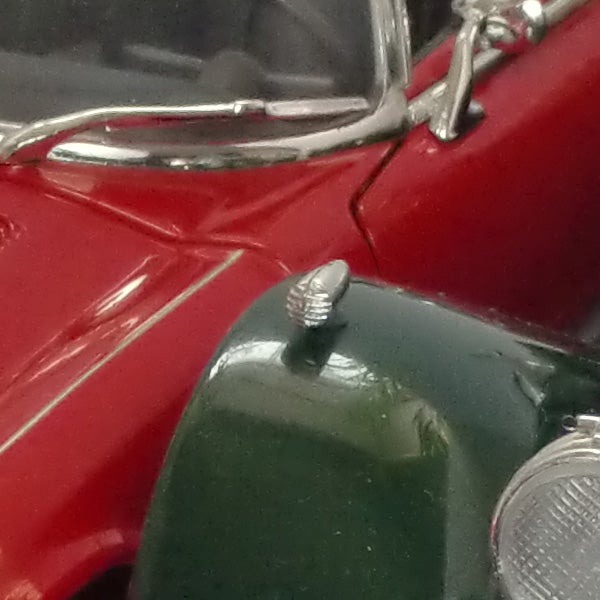 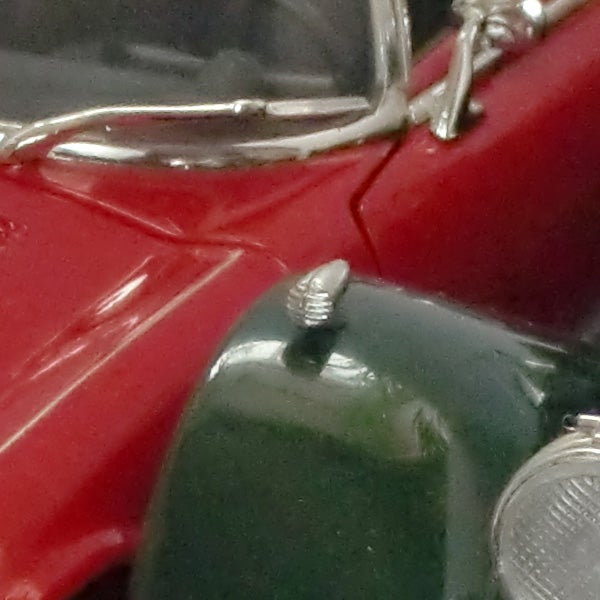 Still far from terrible at 800 ISO. although noise reduction is visible. 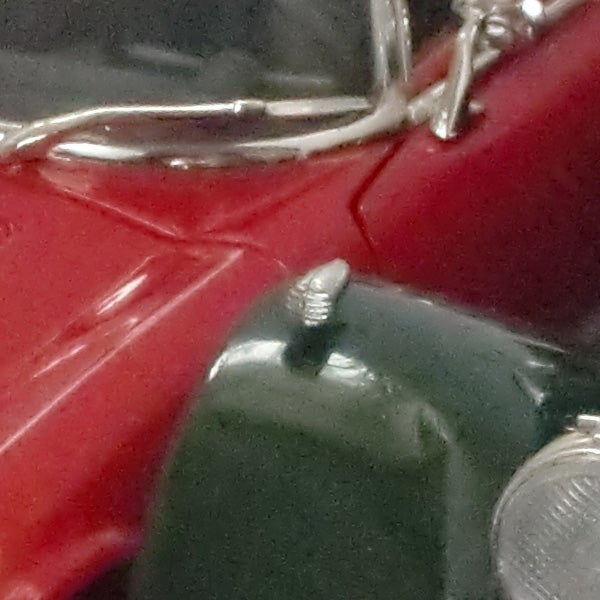 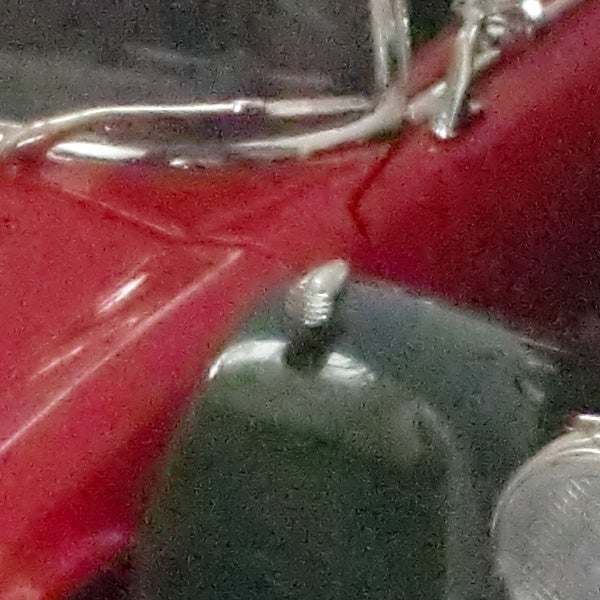 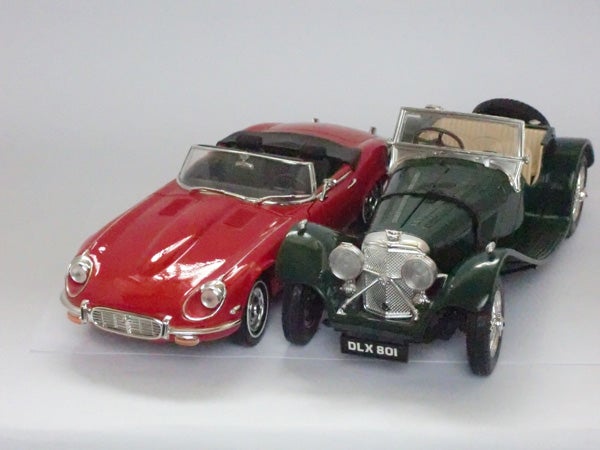 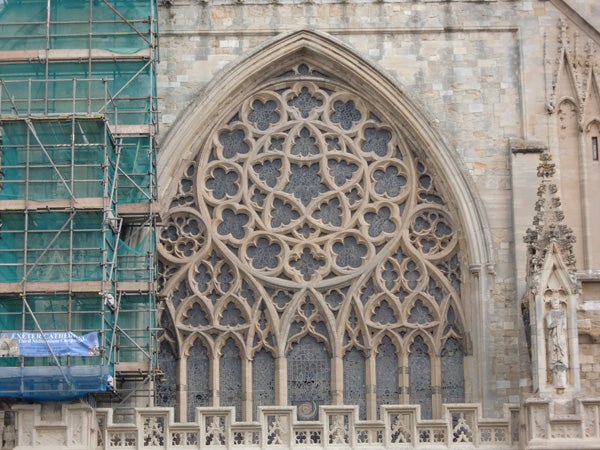 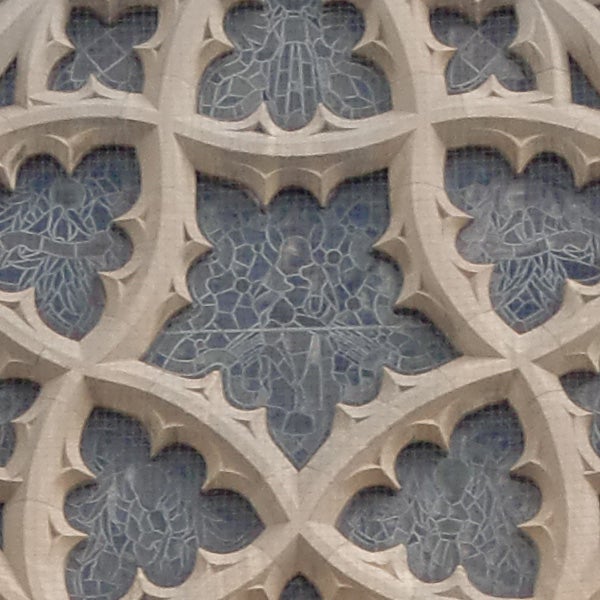 The lens just isn’t up to the resolution of the 12MP sensor, and the result is a loss of fine detail. 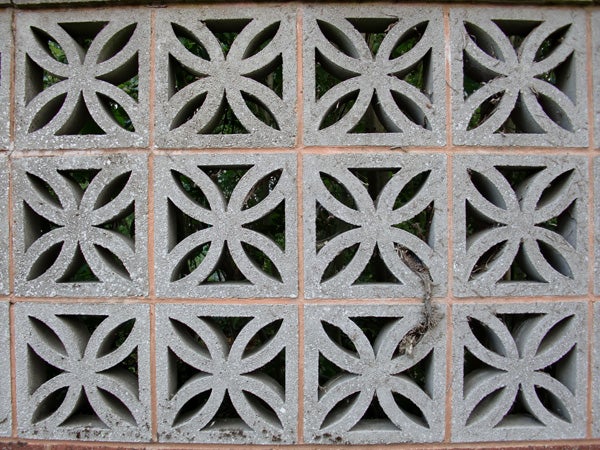 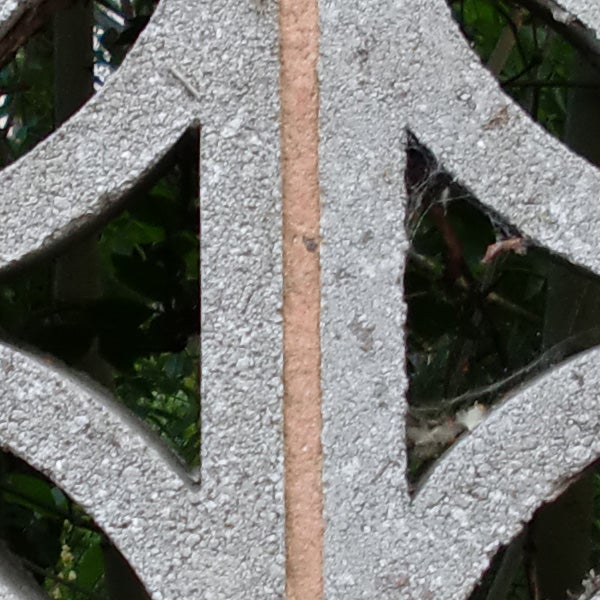 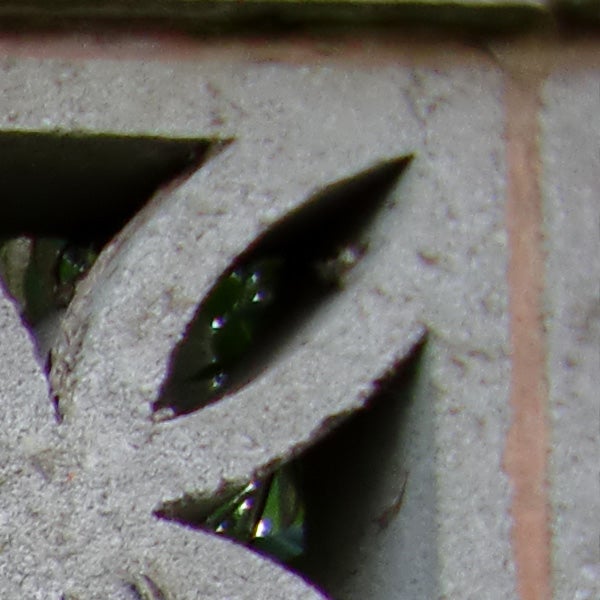 …and the corners are very blurred with visible chromatic aberration. 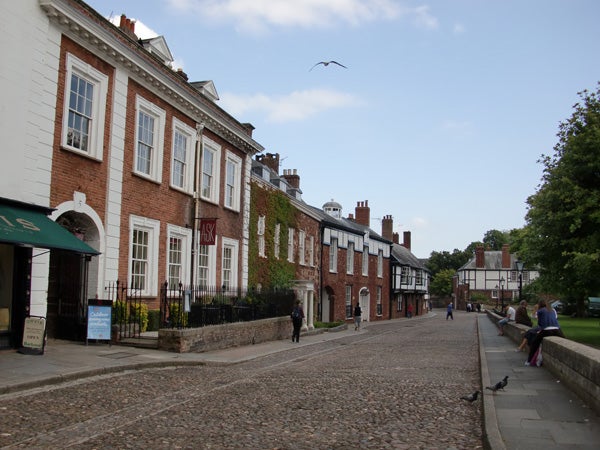 The wide angle end is equivalent to 36mm, about average for a 3x zoom compact. 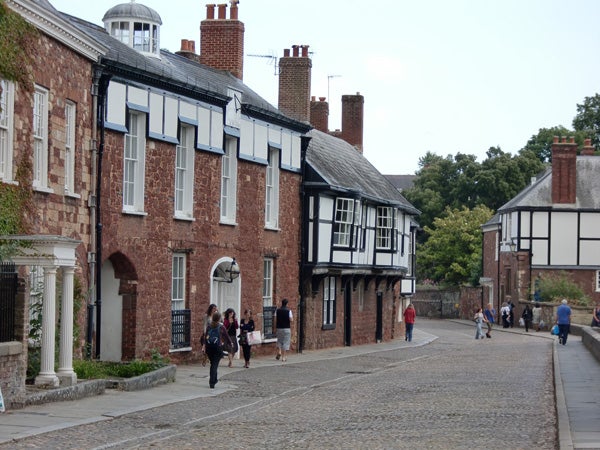 The telephoto end is also typical at 108mm. 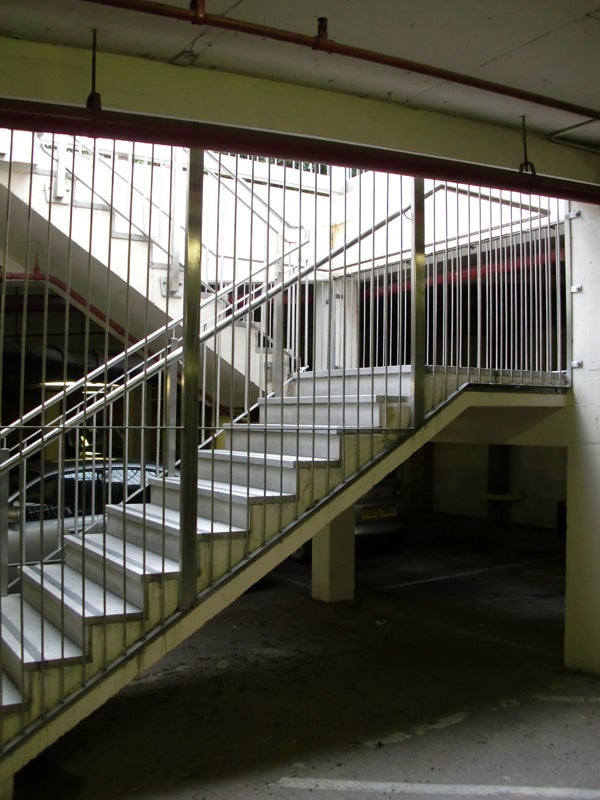 With the Lighting feature turned off the shadows are a bit murky. 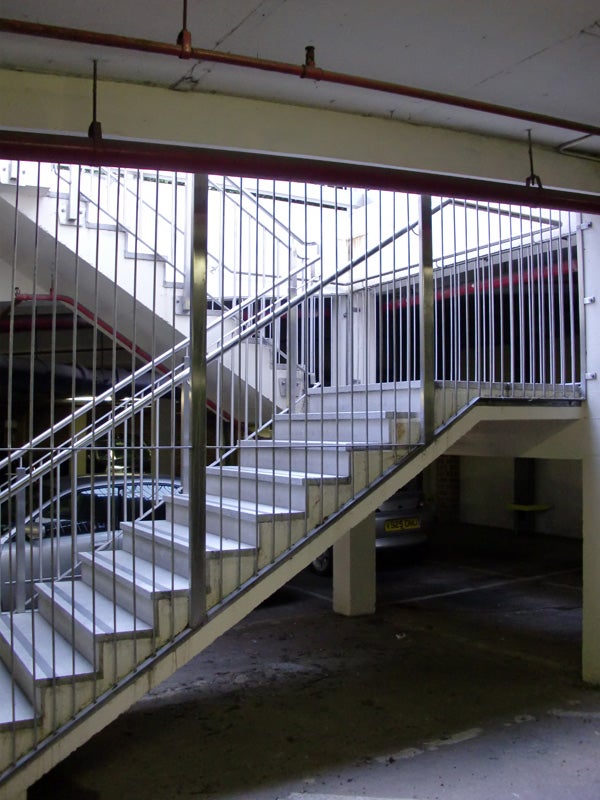 The Lighting feature brightens the shadows, but the highlights are still burned out. 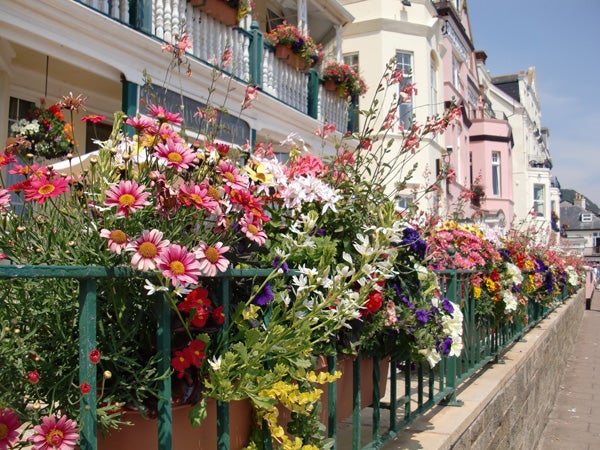 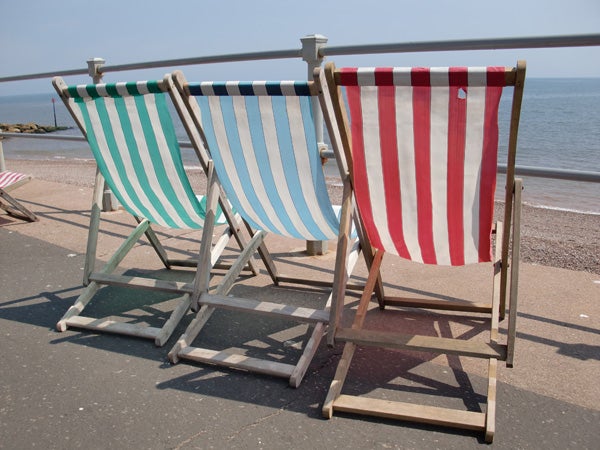 It’s not exactly St. Tropez, but it’ll do.