Casio has launched a varied range of new cameras recently, mostly in its traditional core market of stylish ultra-compacts such as the Exilim EX-Z550 that I reviewed earlier this week, but also a couple of new long-zoom compacts. I’ll be taking a look at the high speed EX-FH100 next week, but today I’ve got the new Exilim EX-H15, the follow-up to the popular EX-H10 launched last year. 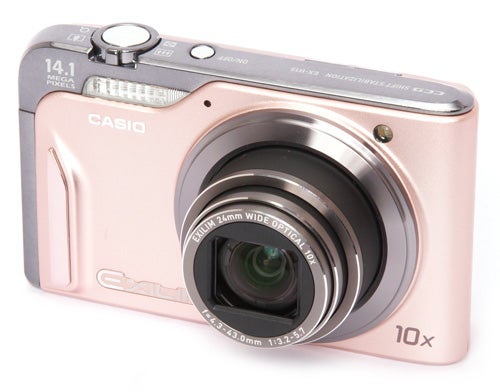 The H15 is a fairly straightforward upgrade of the earlier model. It shares the same overall body design with the same compact wide-angle 10x zoom lens (equivalent to 24-240mm), although the three-inch monitor has been upgraded from 230k to 460k dots. The sensor has also been upgraded. It still has a small 1/2.3-inch chip, but the resolution has been increased from 12.1 to 14.2 megapixels. Whether or not this was a good idea we will see later on. 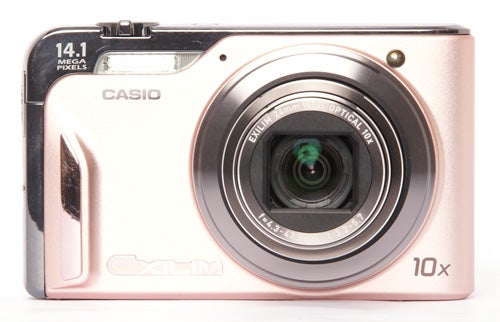 The H15 is entering a very crowded and highly competitive sector of the camera market, where it will be up against cameras such as Panasonic’s market-leading TZ10 and TZ8, as well as the Samsung WB550 and WB650, the Canon SX210 IS, the Olympus mju 9000, the Nikon S8000, the Sony HX5 and the newly-announced Pentax RZ10, as well as a number of others. All of the main manufacturers have long-zoom models in their line-up, so the H15 is going to have its work cut out to make an impression. At least its sub-£200 price tag should help.

The EX-H15 is a well-made camera. The body is aluminium front and back, with chrome plastic trim. It’s physically larger than most of Casio’s other cameras, but is smaller and lighter than most other long-zoom compacts. It measures 102.5 x 62.1 x 29.3mm and weighing 206g including battery and memory card. It is available in brown, silver, black and the metallic pink shown here. 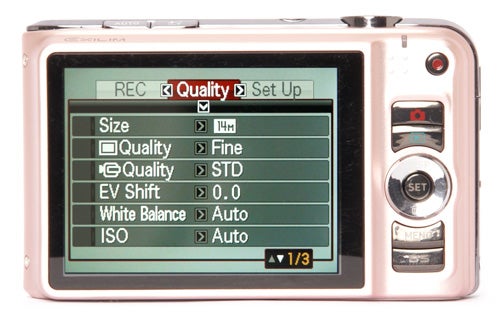 The control layout is the same as the EX-H10, with large buttons on the rear panel for shooting and playback modes, main menu and Casio’s usual Best Shot scene program mode. On the top panel are two extra buttons, one of which controls the the Make Up portrait enhancer and Vivid Landscape modes, and the other of which activates the new Premium Auto mode, an advanced scene recognition mode with continuous multi-zone autofocus.


The main control interface is Casio’s usual sidebar menu system which is used to adjust all commonly used shooting options. Items that appear on the menu can be customised by the user. The main menu is also comprehensive, with image control options that include contrast, saturation and sharpness, as well as a range of colour filters. 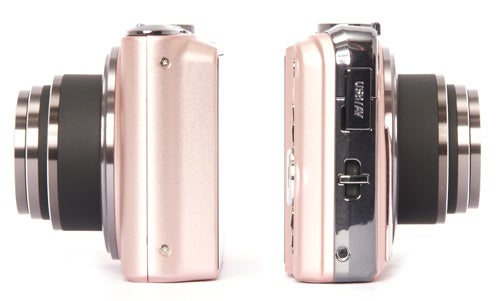 Although the EX-H15 is basically an automatic point-and-shoot camera it does have a good range of features, most of which are the same as the EX-H10. It has a very effective sensor-shift image stabilisation system which provides approximately three stops of additional stability at low shutter speeds. It also has HD video recording, shooting at a resolution of 1280 x 720 pixels and 30fps with mono audio.


The EX-H15 has a huge 1950mAh lithium-ion battery which Casio claims will power the camera for at least 1000 shots. I shot about 200 images while testing the camera, many with flash, and the battery indicator didn’t even budge from fully charged, so there’s no reason to doubt that claim.

The H15’s overall performance is a little on the slow side. It starts up and is ready to shoot in less than three seconds, and shuts down again in about two and a half, which is about average for the class, but the shot-to-shot time in auto mode is approximately 2.8 seconds, which is a little slower than the performance of the H10. In Premium Auto mode it is slightly slower thanks to the extra processing involved, at approximately three seconds. 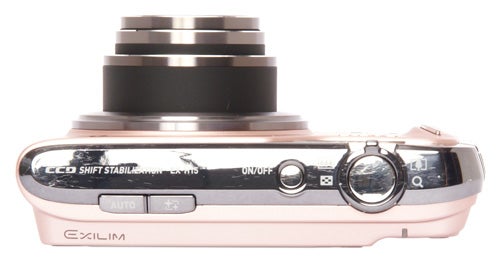 If the shooting speed is a bit slow at least the autofocus system is nice and fast even at maximum zoom. It works well in dim light too, focusing quickly even in darkness thanks to a bright green AF assist lamp. Flash range is adequate at around three and a half metres, with good frame coverage even at extreme wide angle.


The EX-H10 had better than average image quality, but unfortunately the same cannot be said for the H15. The lens quality is still very good, with excellent centre sharpness, virtually no barrel distortion despite its 24mm wide angle, and good corner sharpness with almost no chromatic aberration. However the Premium Auto mode over-processes the image, ironically reducing the overall level of detail. 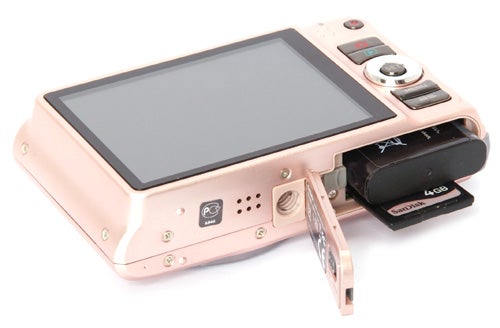 The increase in sensor resolution has not helped either. Image noise is more noticeable than for the H10, and the more intense noise reduction causes a reduction in detail from 400 ISO upwards. The maximum ISO setting is 3200, but at this speed the image quality is very poor.

The Casio Exilim EX-H15 is a well-made and sensibly designed camera with a useful range of features and a comprehensive and easy-to-use menu system. Performance is quite slow however, and image quality is not as good as the previous EX-H10 model. 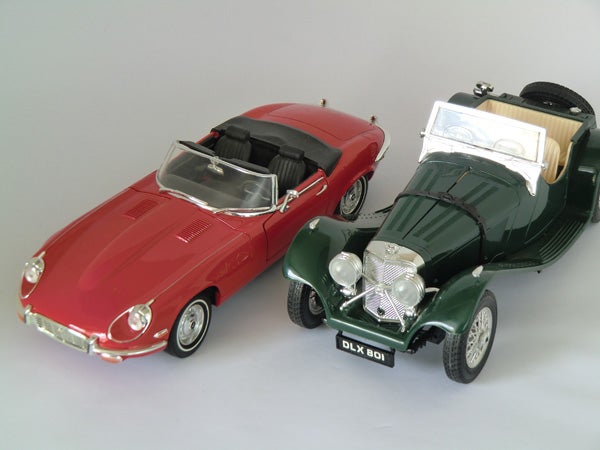 This is the full frame at minimum ISO setting. 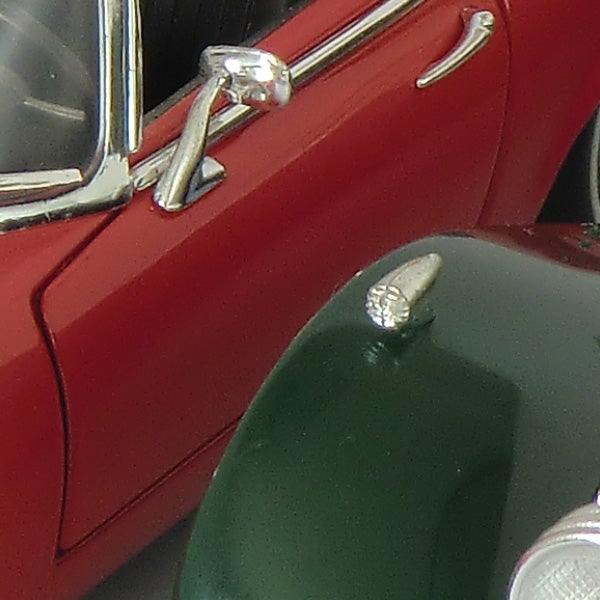 Image quality at 640 ISO isn’t bad, but it looks over-processed. 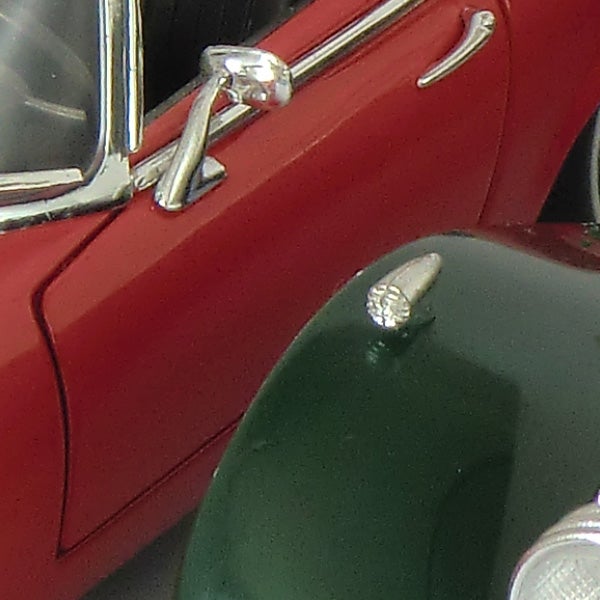 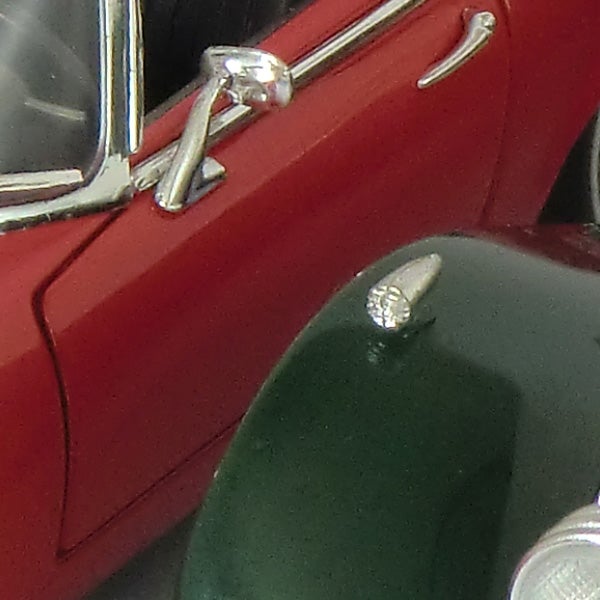 Noise reduction at 200 ISO has caused a loss of detail. 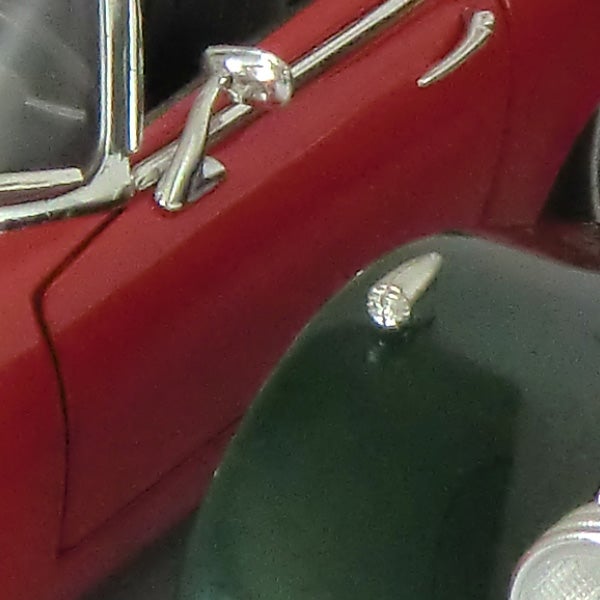 At 400 ISO the image looks blurred thanks to heavy noise reduction. 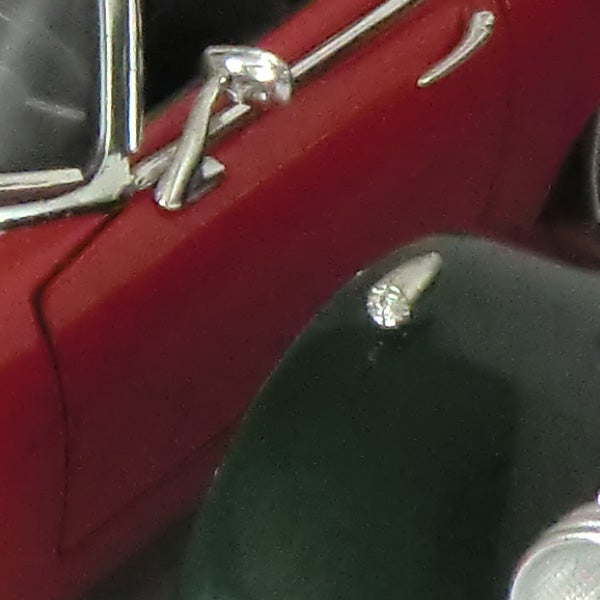 Even less detail at 800 ISO, but at least there’s not much visible noise. 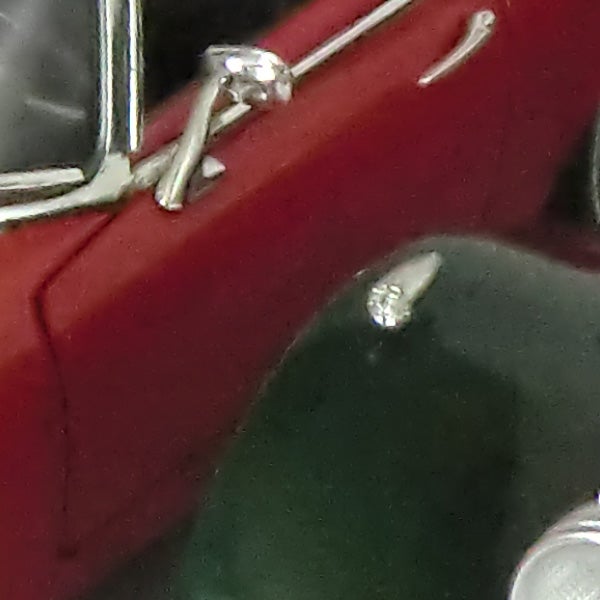 Image quality is much reduced at 1600 ISO. 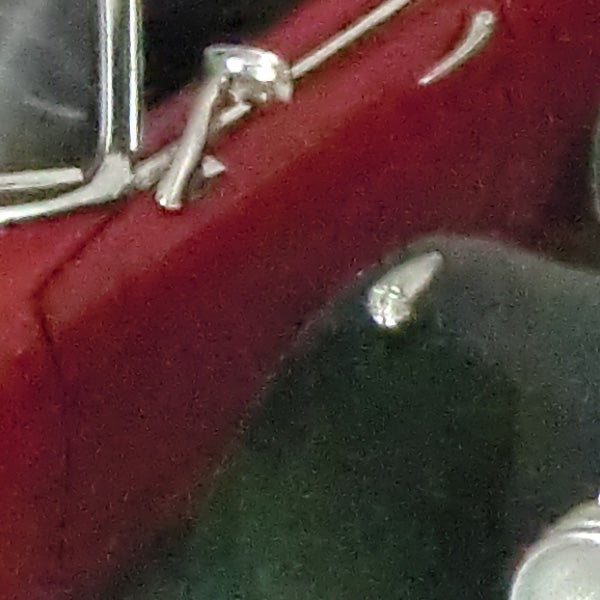 At 3200 ISO the image quality is barely adequate even for a small image. 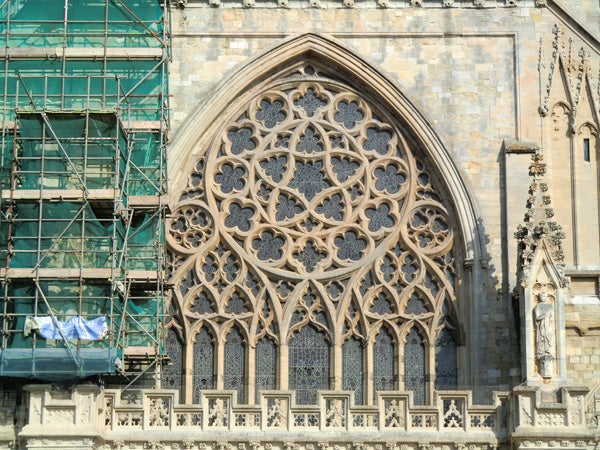 Here’s the usual detail test shot of the West Window of Exeter Cathedral, for you to compare with other cameras. See below for a full res crop. There’s no full-size image to download today, because the 8.2MB file size exceeds the upload limit which is still inexplicably present. Sorry. 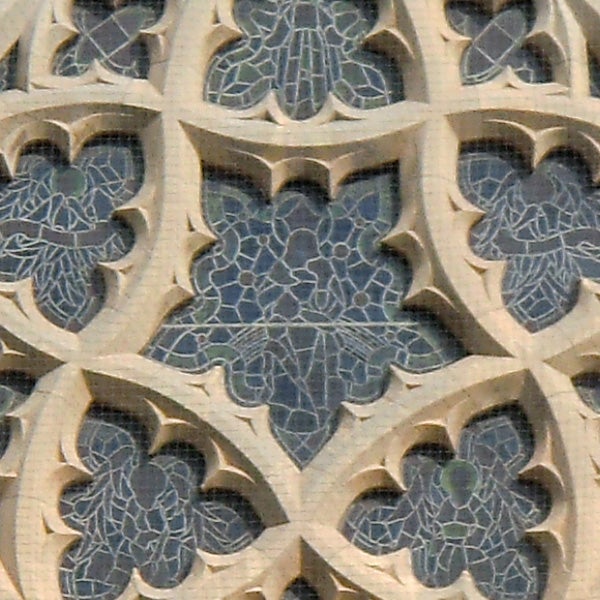 The increase in sensor resolution and the Premium Auto mode simply don’t produce the kind of image quality that one might hope for. 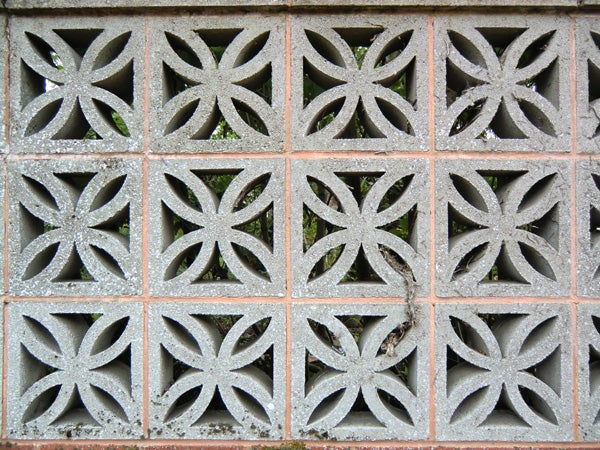 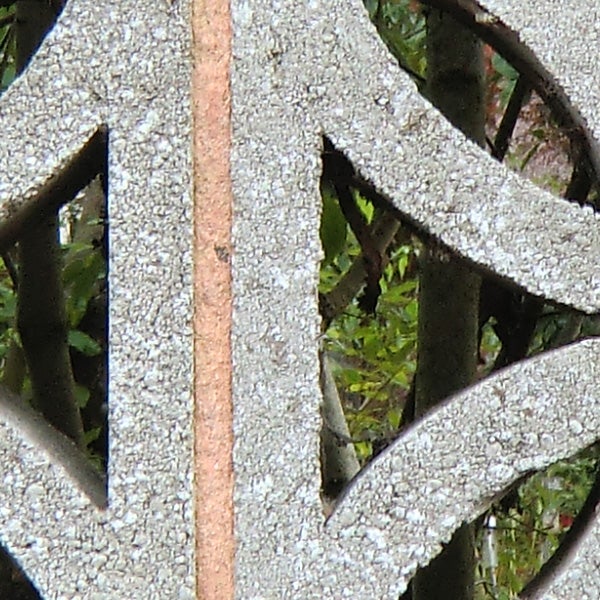 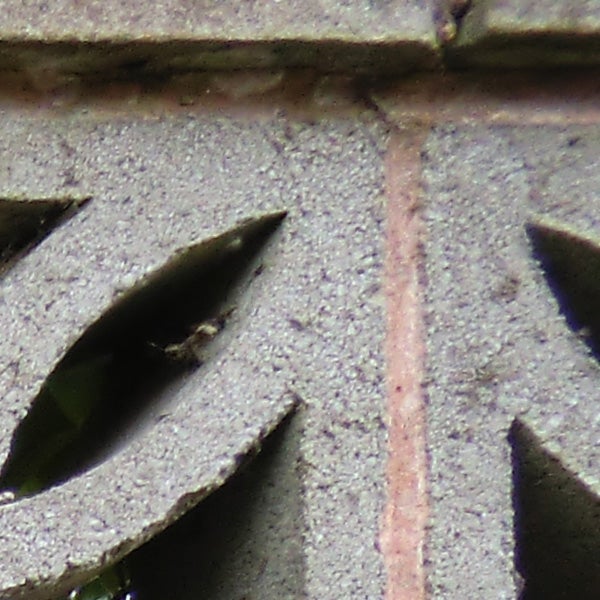 Corner sharpness is also pretty good, but there is a little chromatic aberration. 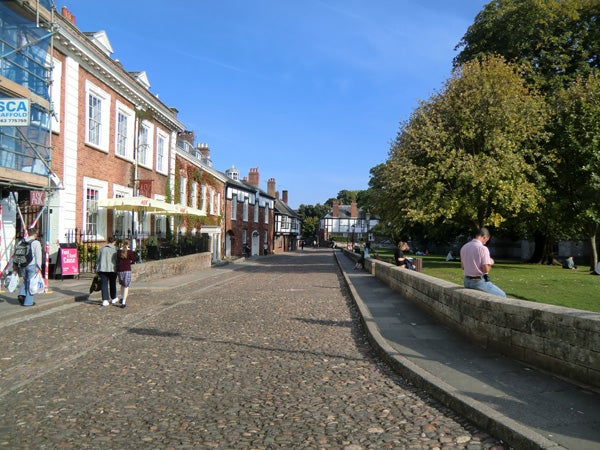 The wide angle is equivalent to 24mm. 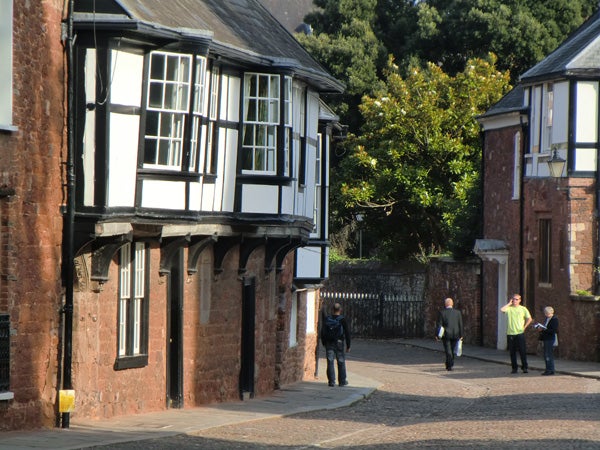 The telephoto end is equivalent to 240mm. 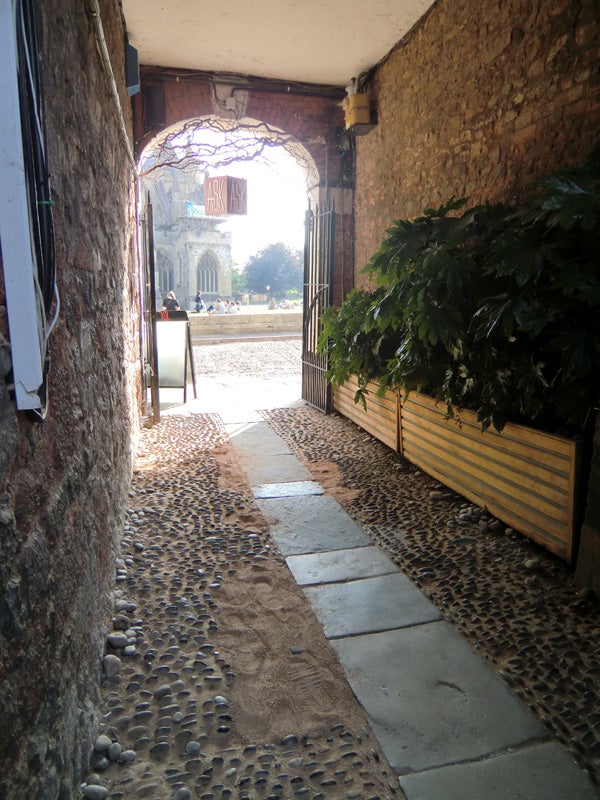 The dynamic range is quite good for a 14MP camera. 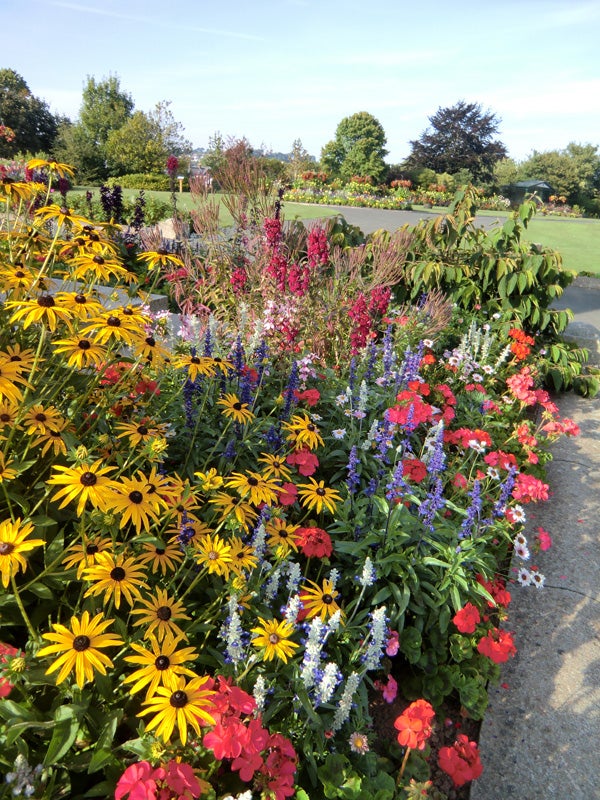 Colour reproduction is very good, with excellent detail and saturation.