When it comes to digital cameras, Casio is of course best known for its long-running and extensive range of ultra-compact 3x zoom models, such as the tiny but capable EX-Z85 or the stylish EX-S12. The market for this type of camera has shrunk over the past couple of years, and users are now demanding more features and versatility from their cameras, with options such as HD video, wide angle lenses and longer zoom ranges becoming must-have features. Casio has responded to these changing demands by launching a new model with all the latest features, the 12.1MP, 10z zoom Exilim EX-H10. 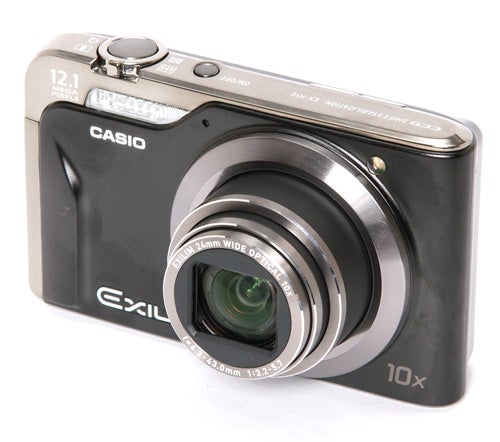 As more and more manufacturers move in on the wide-zoom compact market the competition to offer the greatest number of features in the most compact body and for the lowest price is becoming more intense. Models such as the Canon SX200 IS (£235), the Ricoh CX2 (£300), the https://www.trustedreviews.com/digital-cameras/review/2009/04/11/Olympus-mju-9000/p1 Olympus mju 9000} (£180), the Samsung WB500 (£175) and of course the popular Panasonic TZ7 (£240) all offer broadly the same range of features, although as you can see the price does vary widely from brand to brand. Unusually for the normally lower priced Casio, the EX-H10 is one of the more expensive examples, currently selling for £245, however it does offer a lot of features for the money. 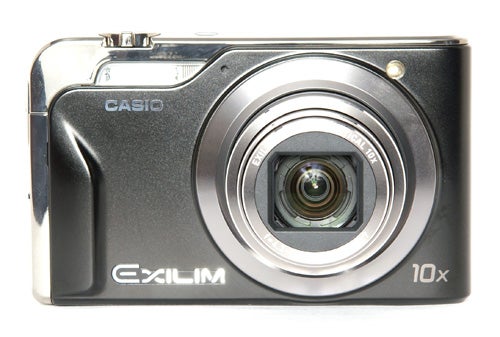 Compared to most of Casio’s other cameras the H10 is fairly large, but compared to other wide-zoom compacts it’s actually remarkably small. It measures 102.5 × 62.0 × 24.3 mm and weighs 164g body-only, making it the slimmest and lightest 10x zoom compact on the market, beating even the Olympus mju 9000. The body is mostly aluminium with some plastic trim, and the overall build quality is very good. The body shape includes a small finger grip on the front panel, and the crowded rear panel still has a little room for your thumb. The control layout is good, with large buttons, a nice rotary zoom control and a separate button to activate video recording. The H10 is available in silver, pink or the black finish shown here.

Reading through the list of features it’s hard to believe so much can be crammed into such a small camera. The key feature is of course the remarkable lens. While last week’s Samsung WB500 was the first, the H10 is only the second camera I’ve seen with a 24-240mm equivalent zoom range, covering everything from ultra-wide angle to a decent telephoto in one incredibly compact lens. It’s not only slimmer and lighter than Samsung’s lens, it’s also slightly faster, with a maximum aperture of f/3.2 – f/5.7. As you’ll see from the sample shots at the end of this review the optical quality is very good, with barely a trace of distortion at wide angle and good corner-to-corner sharpness. 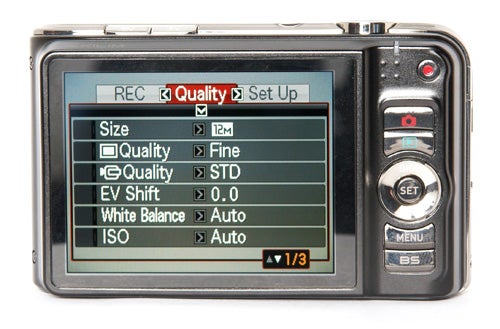 To compensate for the long zoom range the H10 is one of the few cameras in Casio’s range to incorporate sensor-shift image stabilisation. I have to say I’ve seen more effective IS systems, but it does provide a reliable two stops of extra hand-held sharpness, and is certainly better than no IS at all. It means that the full magnification of the lens can be used at shutter speeds of around 1/60th hand-held with no blurring.


No modern digital camera could possibly show its face in public without the ability to record HD video, and the H10 duly obliges with a 1280 x 720 resolution, 24fps recording mode. Audio recording is in mono via a built-in microphone, clips are limited to 10 minutes and as is usually the case it is limited to digital zoom while recording. although the zoom lens can be pre-set before recording. The H10 has a dedicated button for video recording (that red one on the top right), and starts recording instantly as soon as it is pressed. 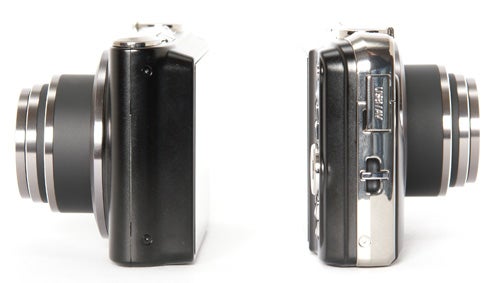 Everything these days needs its Unique Selling Point, and the EX-H10’s USP is its exceptional battery life. It is powered by a huge 1950mAh 3.7v Li-ion battery, around twice the capacity – and twice the physical size – of a typical compact camera battery. Casio claims that it can take 1000 shots between charges, and having taken around 200 shots and numerous video clips without the battery meter dropping even a single bar, I have no reason to doubt this. Battery life is an issue for many compact cameras, so a camera that can shoot your entire holiday on a single charge has to be worth thinking about.


Another new addition is the option to customise the sidebar function menu that has been a feature of Casio’s control interface for the past couple of years. Up to eight menu items can be selected for quick access, including ISO setting, white balance, AF mode or auto-trigger sensitivity. 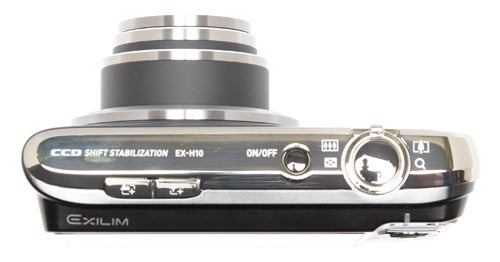 While the shooting speed may not be too quick, there’s nothing wrong with the performance of the autofocus system, which is very fast and accurate even at the longest focal length. It works well in low light too, focusing quickly even in darkness thanks to a bright green AF assist lamp. Flash range is adequate at around three and a half metres, and frame coverage is good even at extreme wide angle.


Overall image quality is just as good as one might expect from a premium camera. As I’ve already noted, the lens is excellent, with good overall sharpness and minimal distortion. There is a little blurring and chromatic aberration at the far corners, but it’s quite minor. The 12.1MP sensor captures plenty of detail which is all recorded thanks to the extremely low compression of the Fine quality JPEG mode, producing image files of around 7MB, twice the size of most 12MP compacts. 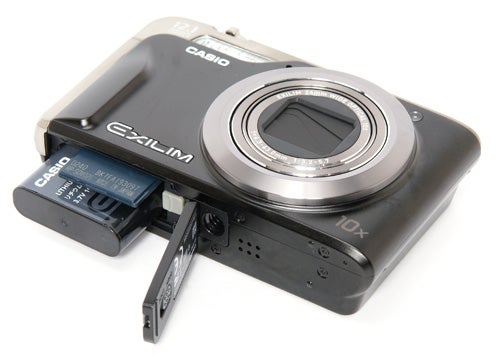 Casio seems to have made some significant progress in noise control over the past year, and the H10 performs extremely well at higher ISO settings. Image quality at 400 and 800 ISO is excellent, and even 1600 ISO produced usable results. The only weak point I encountered, and it’s just about my only nit-pick on what is generally an outstanding camera, is the automatic white balance, which is terrible, especially in low light. As weak points go it’s something I think I could live with.

Casio’s compact cameras keep getting better and better. The EX-H10 is quite expensive, but it offers the kind of features and image quality that you’d expect for the price. Build quality is excellent, the camera is easy to use and has superb low-light performance. Shooting speed is a little slow though, and the auto white balance is a bit poor. 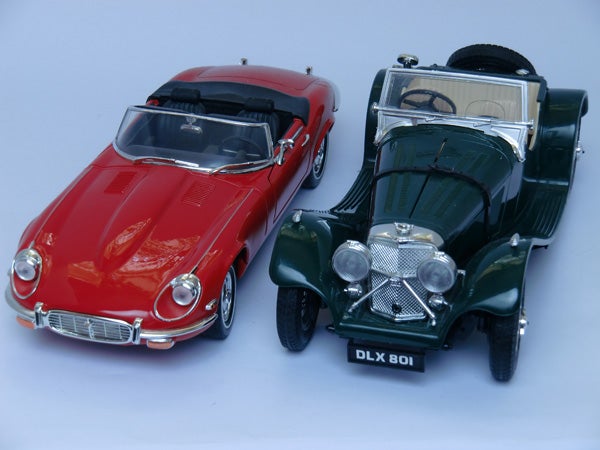 This is the full frame at minimum ISO. As you can see the auto white balance hasn’t really worked. 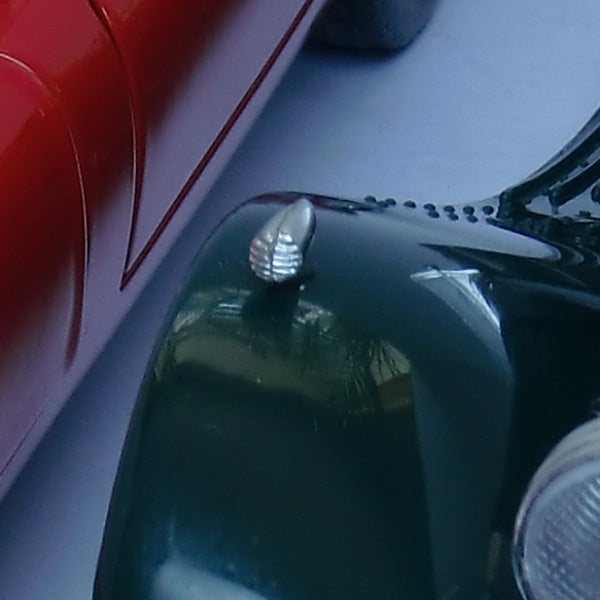 If you can ignore the colour cast, the actual quality is superb, with no noise at all. 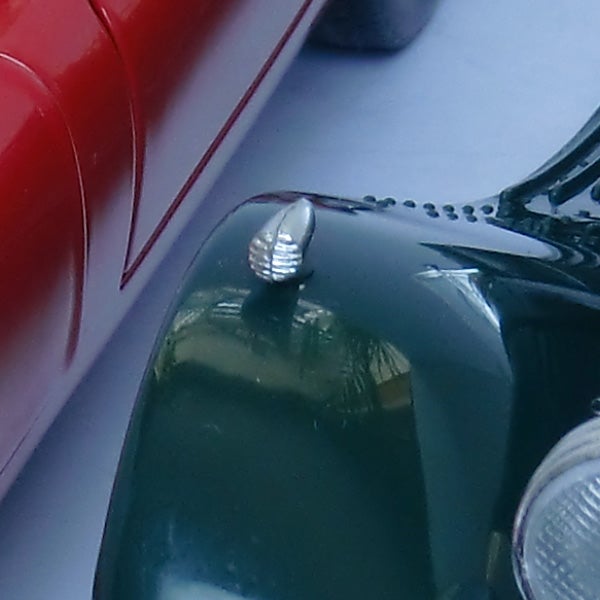 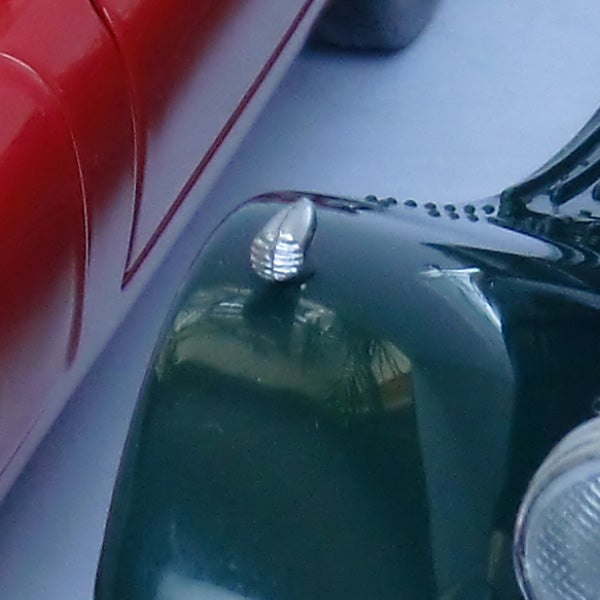 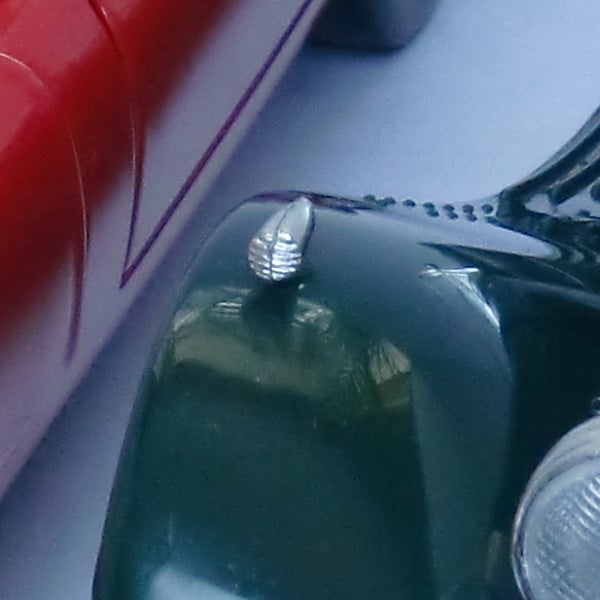 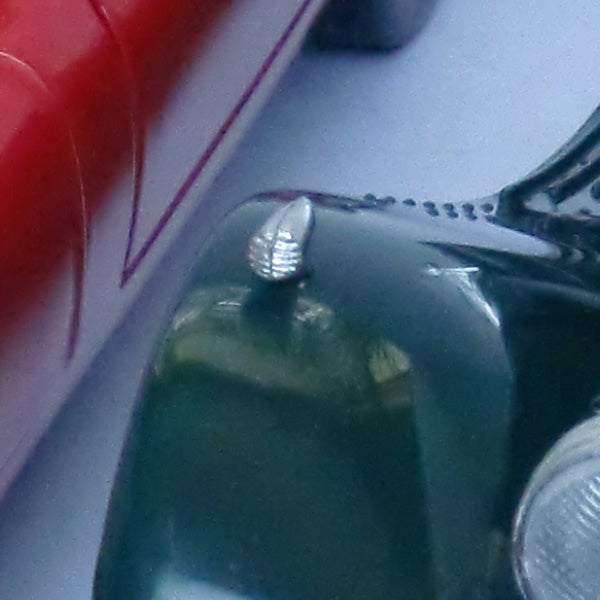 There is some noise at 800 ISO, but it is very well controlled. 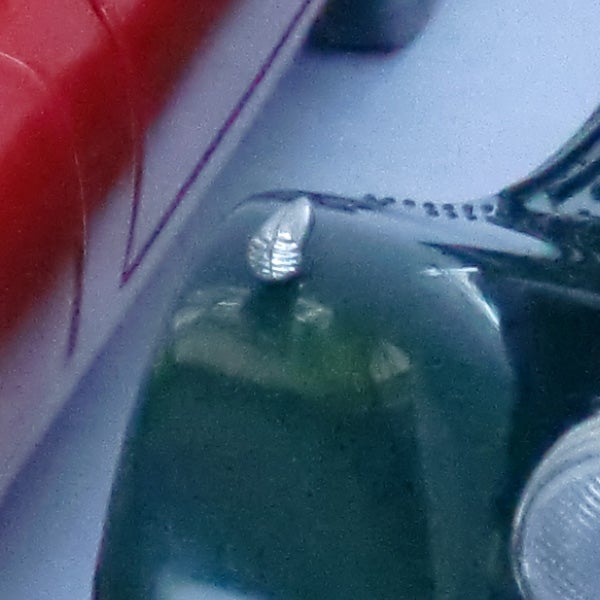 Even at 1600 ISO the image quality is printable. 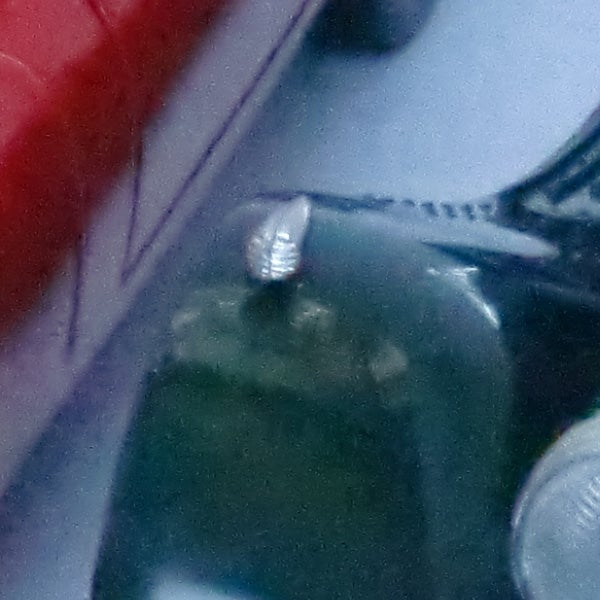 3200 ISO, and even here the image quality is far from disastrous. 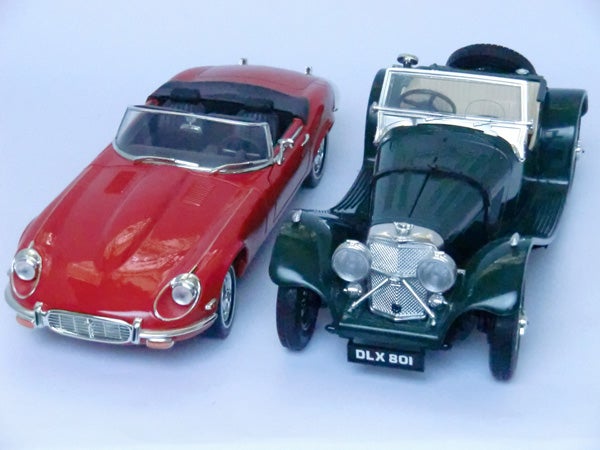 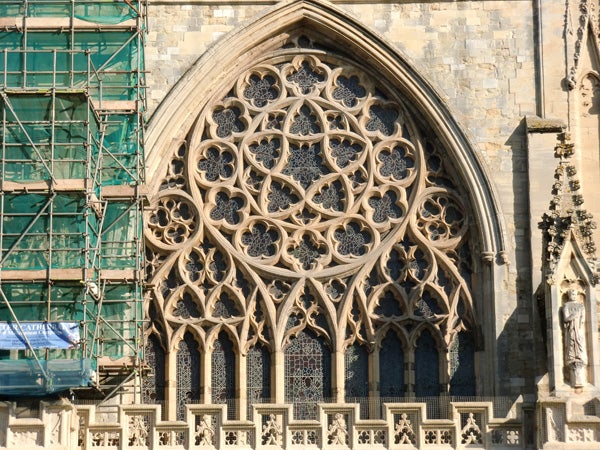 Here’s the usual detail test shot of the West Window of Exeter Cathedral, for you to compare with other cameras. See below for a full res crop, or click to see the whole picture. File size: 7.6MB 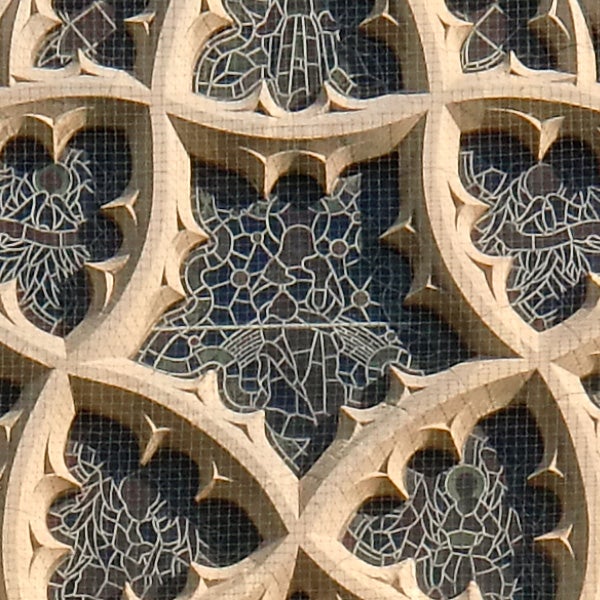 The lens and sensor record a high level of detail, which is recorded without artefacts thanks to the low compression rate. 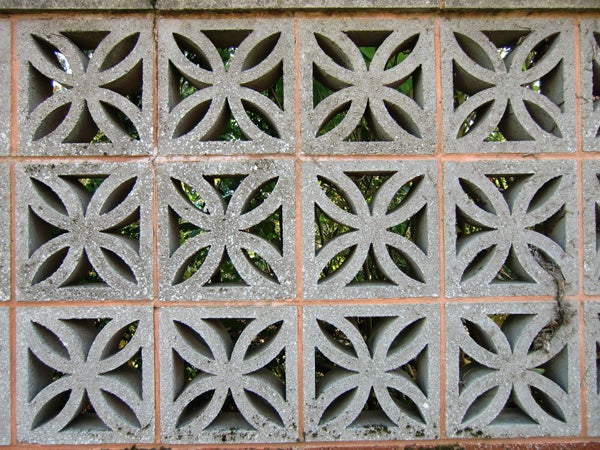 The lens produces almost no distortion despite the 24mm wide angle. 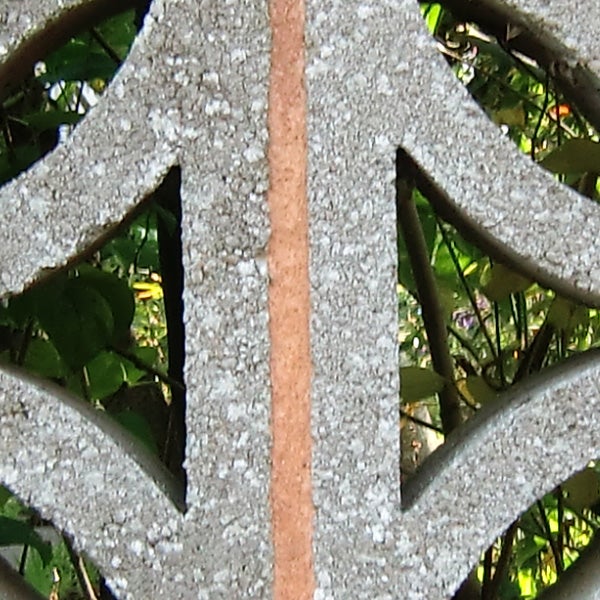 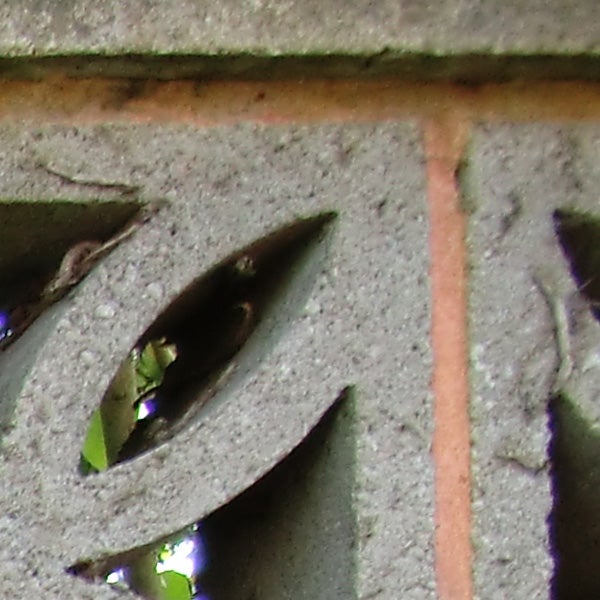 …and corner sharpness isn’t bad either. There is a little blurring and some chromatic distortion, but it’s only in the far corners and pretty minor. 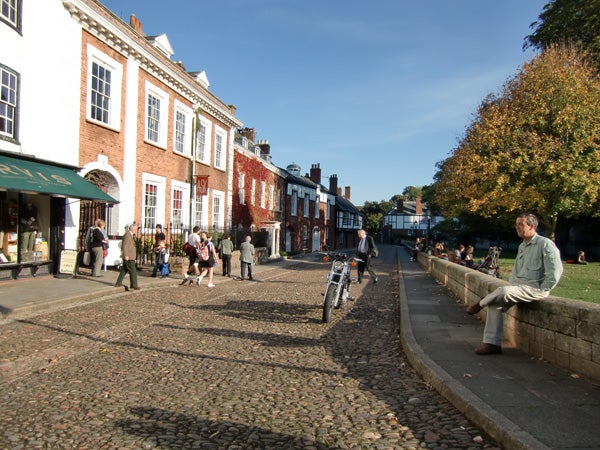 The 24mm wide angle is great for grabbing the whole scene at once. 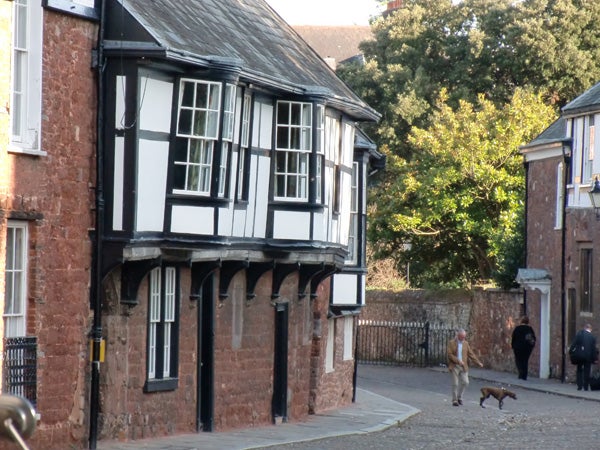 The Telephoto end is equivalent to 240mm, great for distant details. 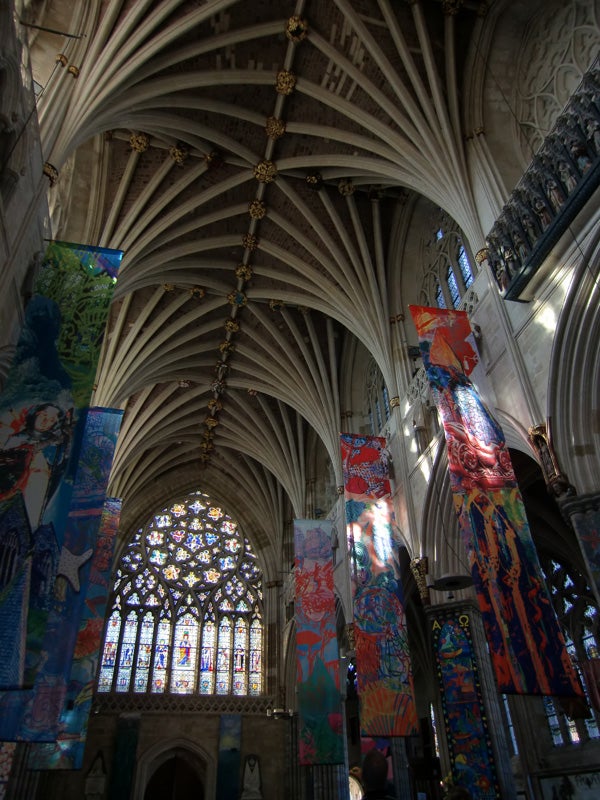 Contrast with the Extra Lighting feature off. 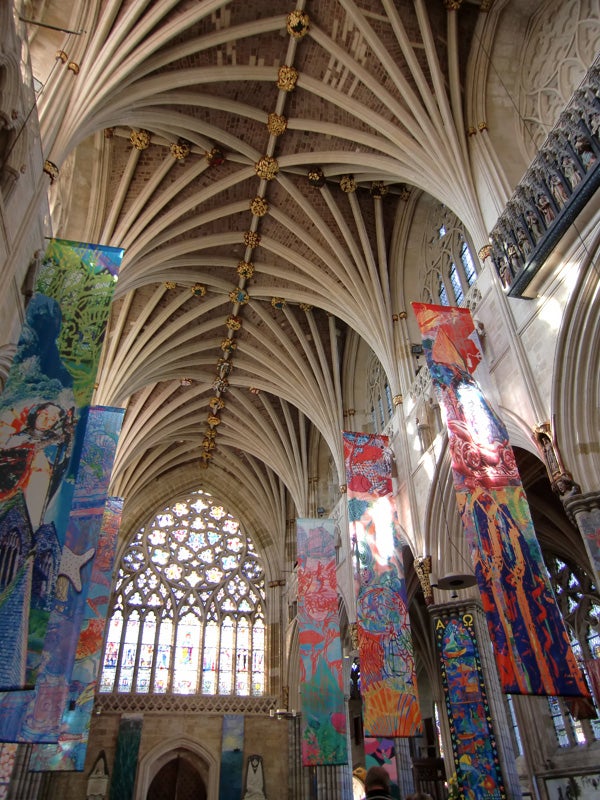 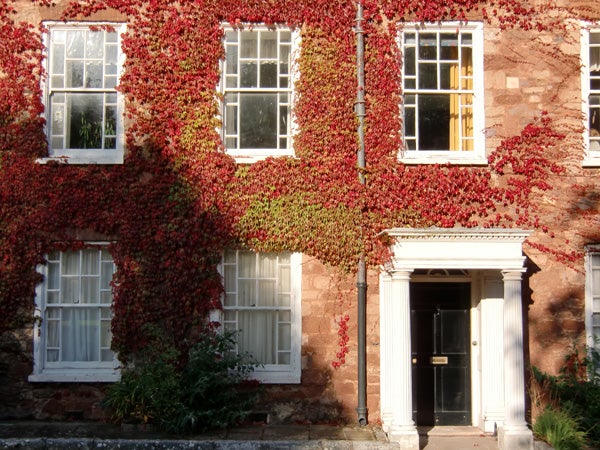 Colour reproduction is pretty good for a 12MP compact.