With all the news lately of recession, terrorism, earthquakes, pandemics, fires, floods, hurricanes and all the bees disappearing, one could be forgiven for thinking that the end of the world is upon us and civilisation is about to crumble, leaving only a few desperate survivors clinging to life in a shattered post-apocalyptic wasteland. But even if it does all come crashing down a week next Tuesday and you suddenly find yourself being chased through the desert by Toe Cutter and his gang at least you’ll still be able to take photos of it, because most of the major camera companies now make “ruggedised” compact cameras designed to survive the harshest conditions. Casio has recently joined in the fun with the Exilim EX-G1, a 12.1-megapixel 3x zoom ultra-compact and currently the slimmest waterproof camera on the market. 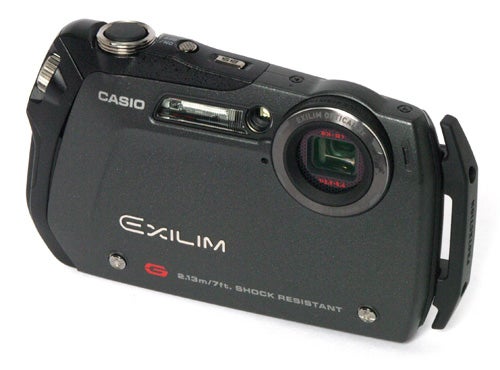 The EX-G1 is an unusual-looking camera and stands out even among the rivet-studded crowd of other adventure cameras. It has a futuristic-looking wedge-shaped design with excitingly-styled recessed controls, and generally looks like a prop from a sci-fi movie, especially with the optional plastic guard attached. Two different guards are supplied, complete with screws to fit them, but you’ll need a small jeweller’s screwdriver and a steady hand for the job. Although it’s larger than most of Casio’s other ultra-compacts, the EX-G1 is very slim for an adventure camera, measuring 103.5 x 64.2 x 19.9mm. It weighs 154g including battery and card, which makes it feel quite dense for its size. The G1 is available in bright red or charcoal grey finish seen here. 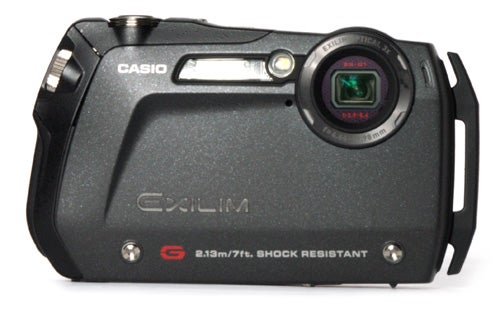 The EX-G1 is up against some very tough competition. The veterans of the adventure camera market are Pentax and Olympus, and both have recently launched new models in this sector, the Pentax W90 (£240) and the very impressive looking Olympus mju Tough-8010 (£310), which is waterproof to 10m and can survive falls from 2m. Samsung has just launched its WP10 waterproof compact (£180), while Panasonic has its new Lumix DMC-FT2 (£370) which can also dive to 10m and fall 2m. Sony has recently launched the Cyber-shot TX5 (£340), a conventional looking ultra-slim compact which is waterproof to 3m. Fujifilm has its fun FinePix Z33 WP (£100), Canon has its PowerShot D10 (£270) and even Ricoh has its industrial G600 (£340). Although most of the more expensive cameras can beat the G1 on diving depth (although not by much) none can beat it on shock resistance and only the much flimsier Fuji Z33WP and Samsung WP10 can beat it on price.

The EX-G1’s body is made mostly of aluminium, with an inner shock-absorbing waterproof core of polycarbonate plastic, the same technology used in Casio’s popular ultra-tough G-Shock watches. It is waterproof to a depth of 3m (10ft) and can survive falls of 2.13m (7ft). It is also “freeze proof” to minus 10 centigrade, but as I’ve explained before most digital cameras can survive very cold weather without harm. The body hatches are well sealed, with the battery hatch actually requiring a special tool to open it, although I found that a fingernail worked just as well. There is a separate hatch covering the memory card slot and USB connector, opened by a nifty but largely cosmetic rotating catch. The EX-G1 is unusual in that it takes MicroSD cards rather than the full-sized ones, and changing the memory card is pretty fiddly. It also has to be noted that the plastic trim around the thick end of the camera is quite flimsy and flexes under even quite light pressure. The buttons are also far too small to be operated while wearing gloves, but this is true of most other adventure cameras. 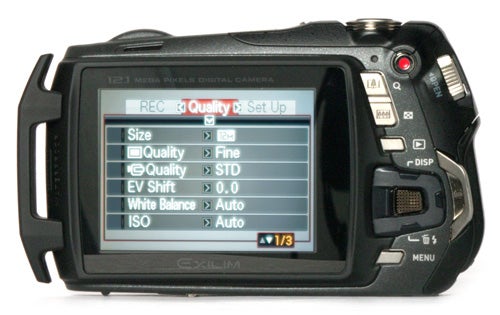 Also in common with most of its contemporaries, underneath its tough-guy exterior the EX-G1 is really just a simple point-and-click compact. Its zoom range, equivalent to 38-114mm, is nothing particularly special, and its f/3.9-5.4 maximum aperture is also relatively slow. The 2.5-inch 230k monitor is fairly small by recent standards. The camera isna’t exactly overloaded with features, but it does offer the same range of useful auto settings as most of Casio’s compacts. It has 25 Best Shot mode settings, including interval shooting, underwater shooting and the unusual Dynamic Photo mode, and the menu offers extra lighting for high contrast shots, a range of colour filter effects and adjustable contrast, saturation and sharpness. Flash output is adjustable, and the EX-G1 also features a bright white LED which serves as AF assist lamp, self-timer indicator and a short-range lamp for video recording. 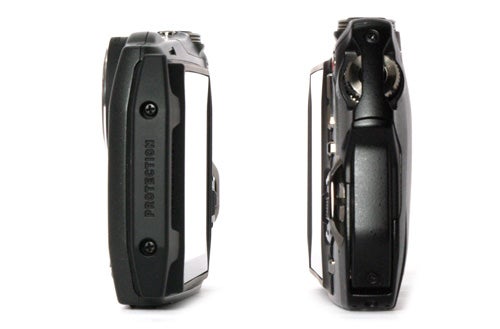 The video mode is a bit limited by current standards, offering 848 x 480 WVGA resolution at 30fps with mono audio. Video and audio quality are fairly good although the microphone is non-directional. The zoom lens can be operated while recording, and as usual the camera has Casio’s YouTube video mode and comes with YouTube uploading software so you can share your adventures online. Assuming the YouTube is still up and running after the collapse of civilisation, that is.

You’ll have to move fast to survive in the post-apocalypse world, and unfortunately there’s nothing nitrous-injected about the EX-G1’s performance. Its start-up time of around 2.5 seconds isn’t too bad, but its shot-to-shot time in single shot mode is over four seconds, which is really pretty slow. In continuous shooting mode it isn’t much faster, managing a shot every 3.4 seconds. It also has a 3fps high-speed continuous shooting mode, but only at 2MP resolution.

As usual Casio’s autofocus system is fast, accurate and reliable, and works well in low light. The white LED shooting lamp provides enough illumination to allow focusing at a range of at least four metres, which is pretty good. The built-in flash is considerably more powerful than the official specifications would indicate. I found that it had no problem illuminating a room at a range of four metres, with a fast recharge time of less than five seconds after a full-power flash.


Image quality too is far from disappointing. The lens does produce some barrel distortion at wide angle, but not enough to be considered a problem. Sharpness is generally good right across the frame, but there is some chromatic aberration towards the edges. Dynamic range isn’t brilliant, but it is no worse than average for a 12MP compact. The exposure system does have a tendency to over-expose high contrast shots, which does at least improve shadow detail. Colour rendition does sometimes lack a little saturation for the same reason. 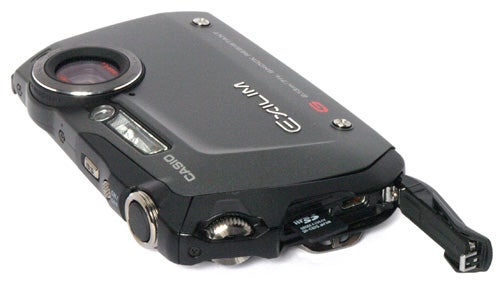 The biggest surprise is high ISO noise control, which is actually pretty good. The G1 produces good image quality at 400 ISO, and even at 800 ISO it retains a fair amount of detail and colour rendition remains consistent. It only really breaks down at 1600 and the maximum 3200 ISO, but this is the case with most compact cameras.

Despite its unconventional appearance the Exilim EX-G1 is actually a very competent adventure camera with class-leading shock protection. It’s a bit light on advanced features and the performance could be better, but it is easy to use and the image quality is much better than expected. 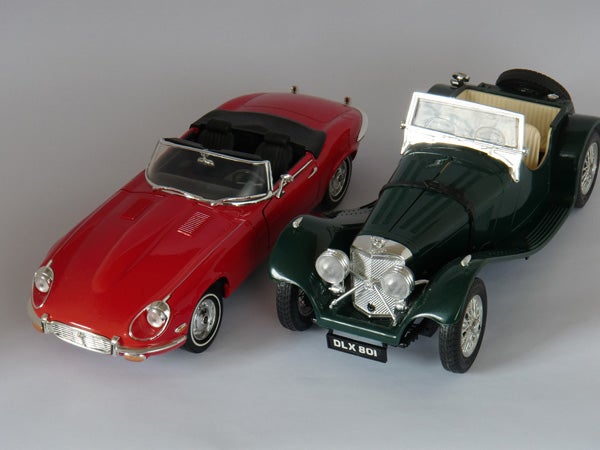 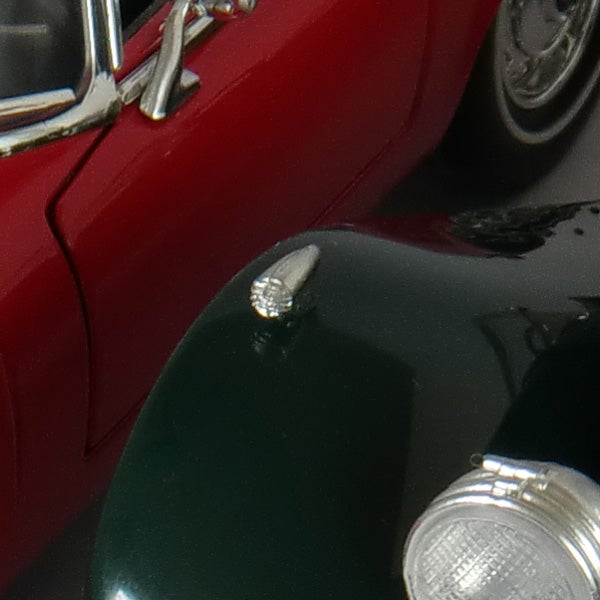 At 640 ISO the shot is a little under-exposed, but pin-sharp and noise-free. 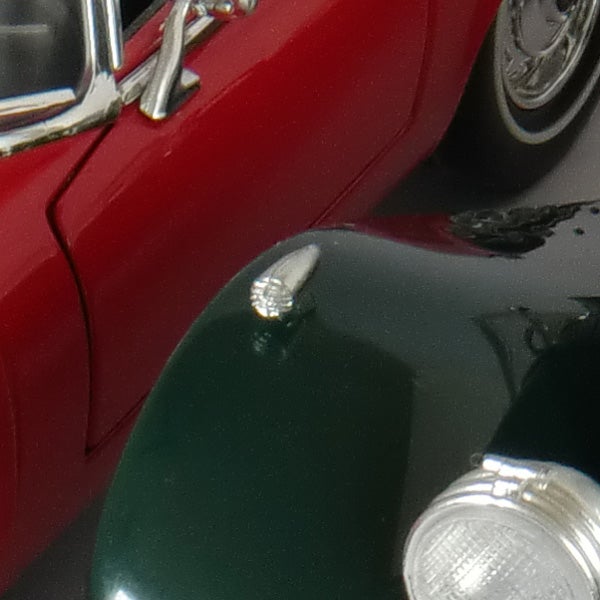 Better exposure at 100 ISO, but still no sign of noise. 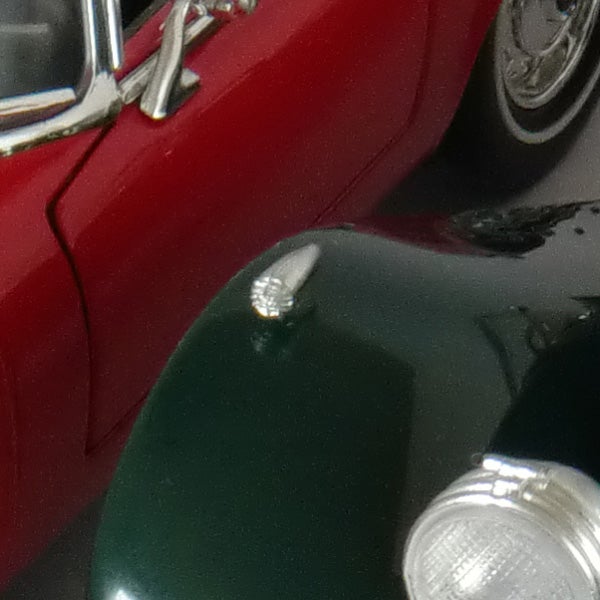 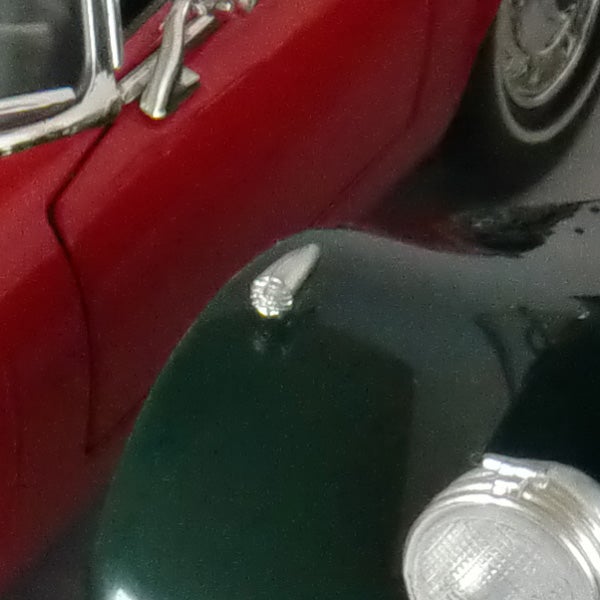 Noise reduction effects are visible, but overall quality is still good at 400 ISO. 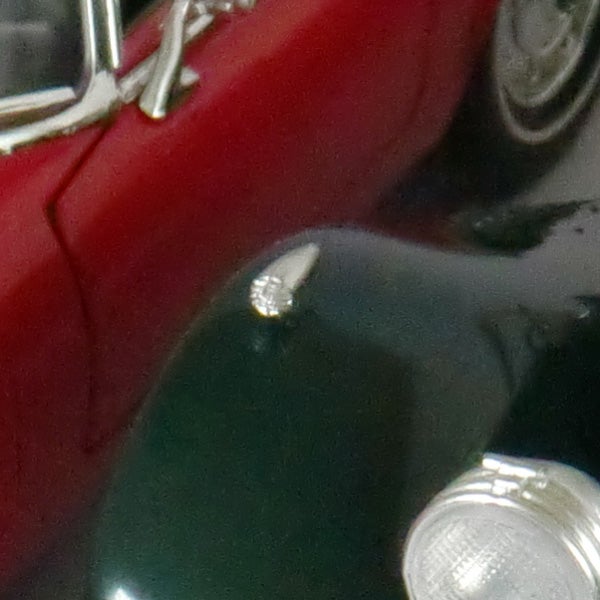 Noise reduction has scrubbed out detail at 800 ISO, but the colours are still good. 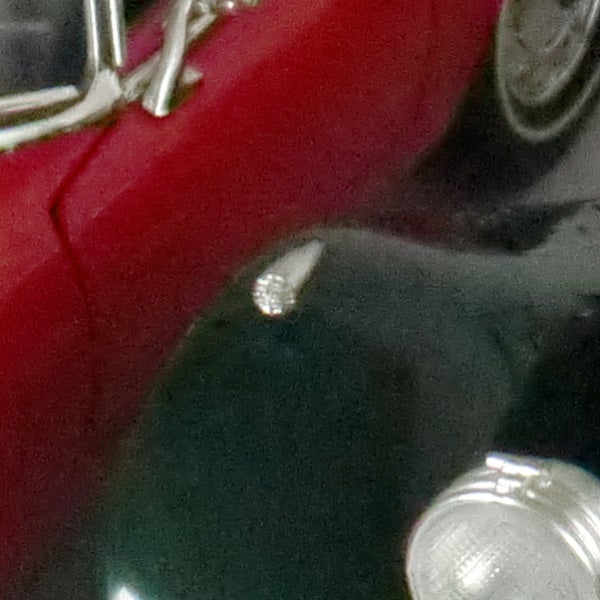 Image quality is getting pretty poor at 1600 ISO. 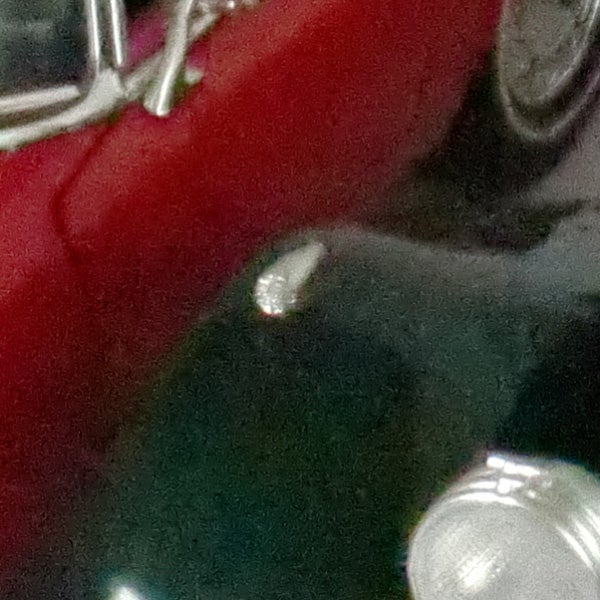 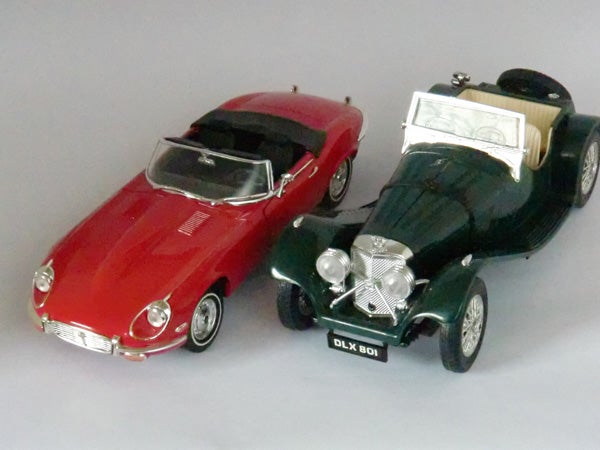 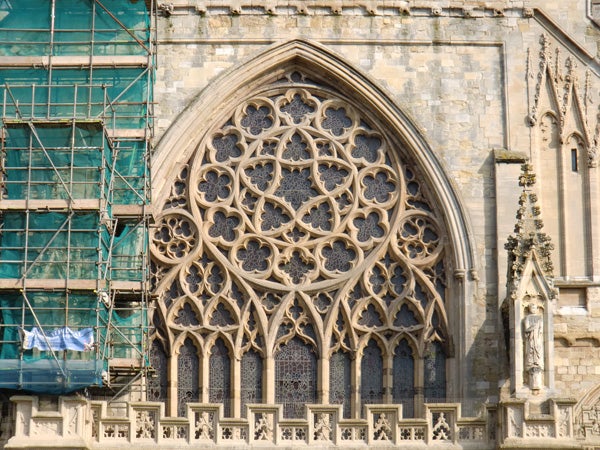 Here’s the usual detail test shot of the West Window of Exeter Cathedral, for you to compare with other cameras. See below for a full res crop, or click to see the whole picture. Download file size approx. 7.7MB 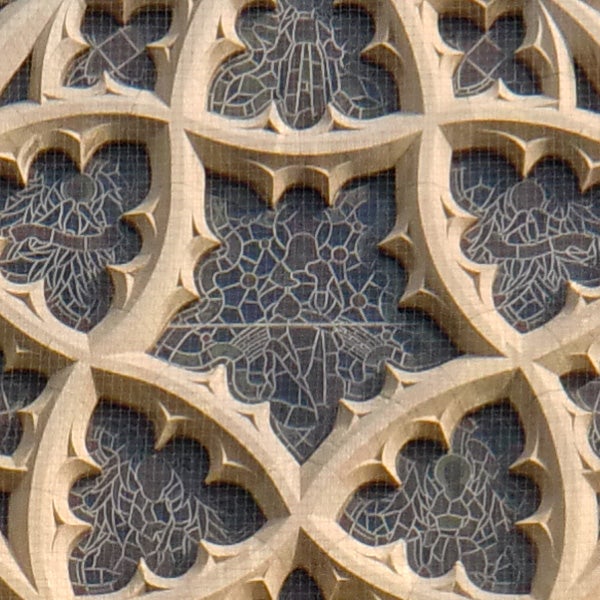 The level of detail is very good, but the image does look “over processed” and a little over-sharpened. 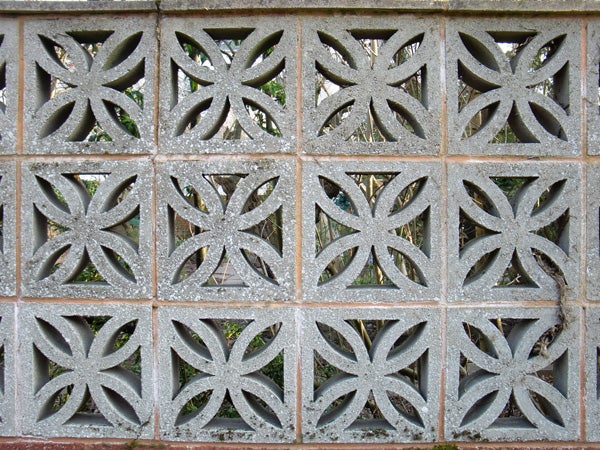 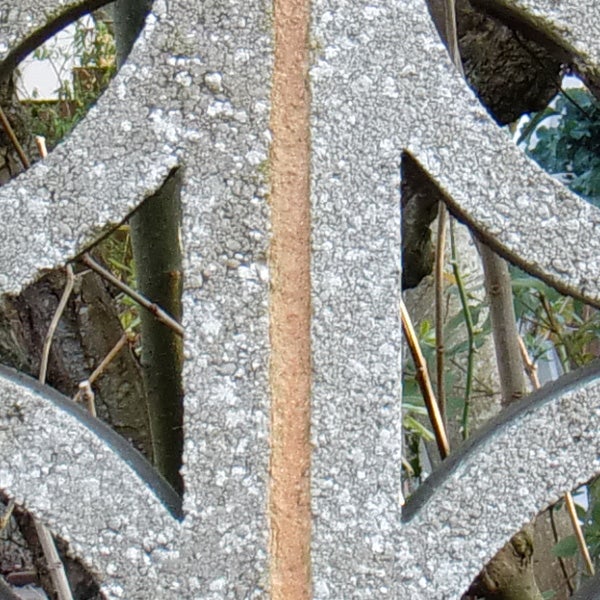 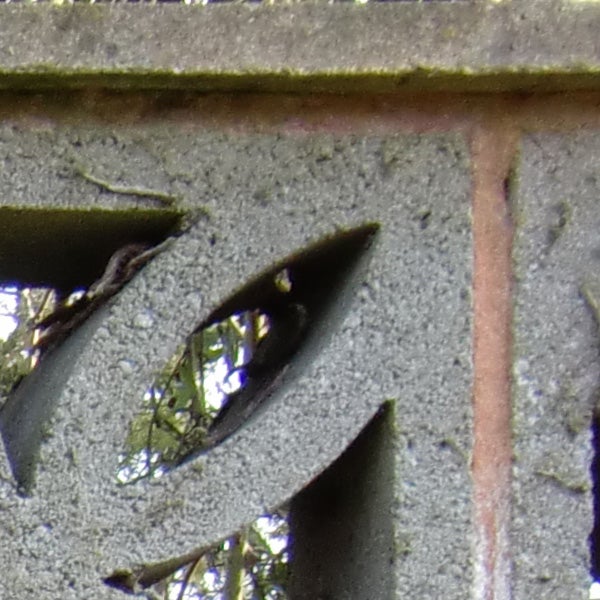 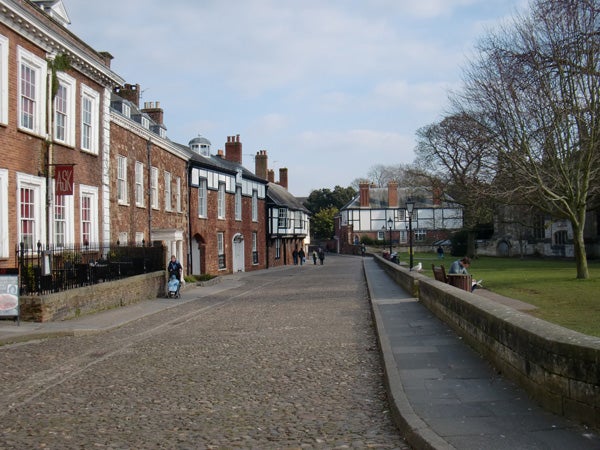 The wide-angle end is equivalent to 38mm, practically a telephoto by recent standards. 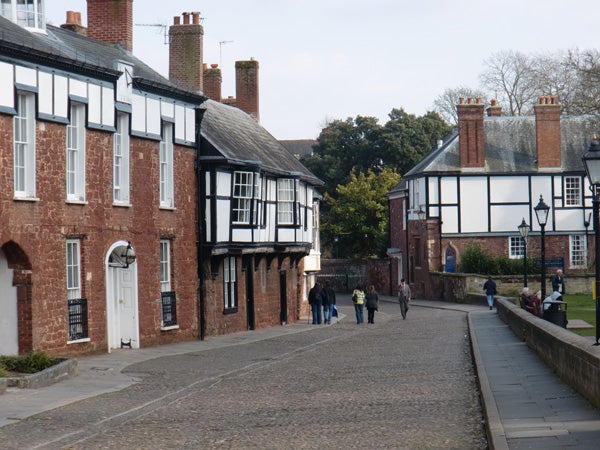 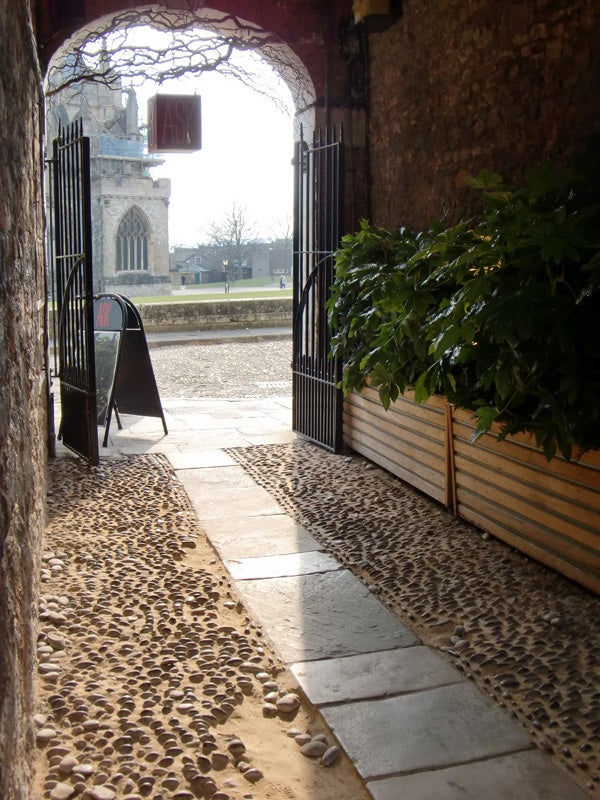 Slight over-exposure has helped with the shadow detail. 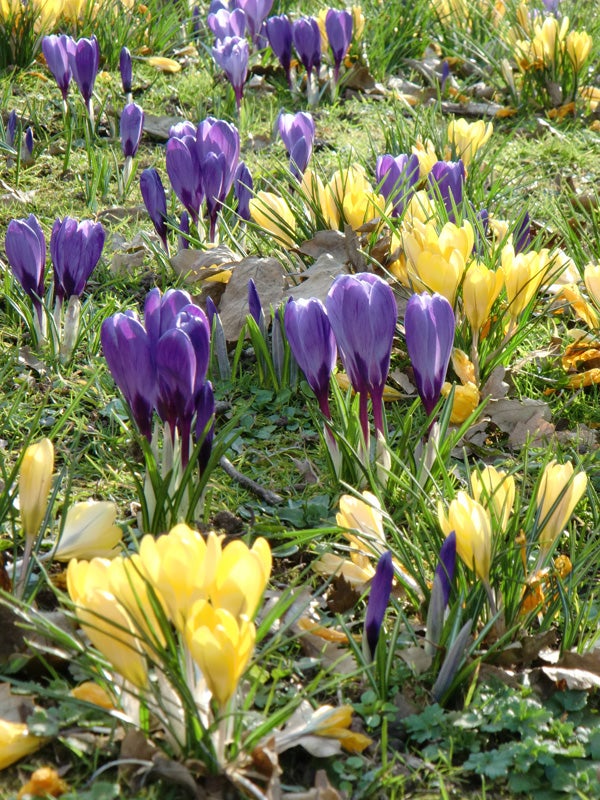