About this time last year I reviewed the extraordinary Casio Exilim EX-F1, a £650 six-megapixel super-zoom camera with some astonishing party tricks, including the ability to shoot stills at 60 frames a second, video at 1,200 frames a second, as well as record 1080p HD video with stereo audio (although not all at the same time). The F1 was the first result of Casio’s newly developed high-speed CMOS sensor and image processor, and naturally having spent a lot of time and money to produce such revolutionary technology the company has been keen to maximise the return on its R&D budget. The F1 was followed by the slightly less bananas but rather more affordable EX-FH20, as well as the sleek compact EX-FC100, both of which cost around £300, but retained some of the F1’s ultra-fast performance. I guess three high-speed cameras wasn’t enough though, because Casio has also introduced today’s review camera, the Exilim EX-FS10. 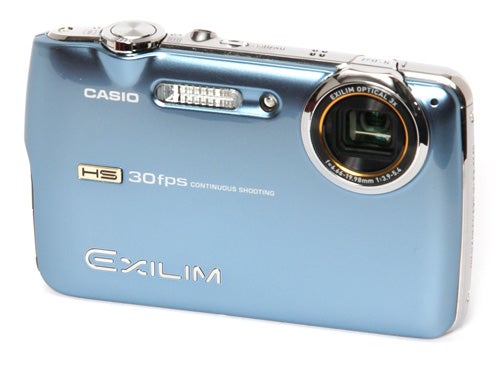 The FS10 is a slim ultra-compact camera with a corner-mounted 3x zoom lens, 2.5-inch 230k monitor and the same 1/2.3-inch, 9.1-megapixel CMOS sensor as the FC100 and FH20. If there’s one thing Casio knows, it’s how to make a good stylish ultra-compact, and there’s no denying that the FS10 is a great looking camera. The body is made of aluminium, although it’s coated with a lacquer so thick I thought it was plastic at first. Like most of Casio’s compacts it’s available in a range of colours including grey, red or the pale metallic blue shown here. It’s an incredibly small and lightweight camera by any standard, measuring just 16.3mm thick. Its smooth rounded shape and slippery finish does make it a little difficult to grip securely, but since it only weighs 140g including battery and memory card it’s not a major problem. 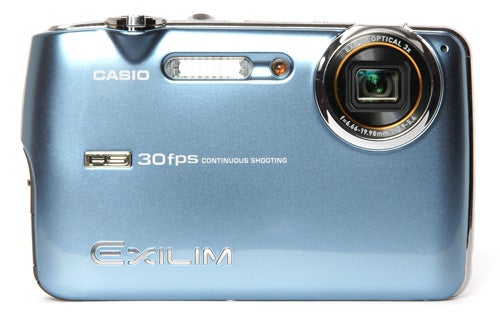 The FS10 has quite a few more controls than the average ultra-compact, including special buttons for the 30fps action-shooting mode and the special slow-motion pre-capture mode, and another to start video recording. It also has a small slider switch to select between normal and high-speed video. Since it also has the usual four buttons and D-pad that most other compact have, it does look a little cluttered and could appear rather daunting for the novice user. The buttons are also very poorly labelled, with symbols etched in chrome on a chrome background and impossible to see unless the light is ”just” right.

Apart from its high-speed abilities the FS10 is a fairly run-of-the-mill pocket compact, in fact in many ways it is a bit below par. It is lacking many of the features that might be taken for granted on recent cameras costing half as much. It has no image stabilisation, just a high-ISO setting to raise the shutter speed, it has no dynamic range booster, and the zoom range of 38mm to 114mm is neither wide enough nor long enough to be particularly special. It has only automatic exposure control, although Casio’s usual Best Shot mode provides a comprehensive list of scene programs. 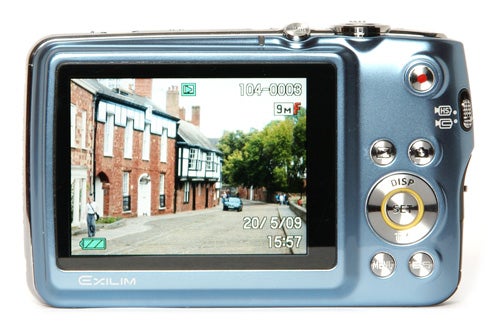 The high-speed functions are interesting, but as with the previous models some of them do have the distinct whiff of gimmick about them. Being able to shoot 1000fps video is technically very impressive, but how many times a week are you going to need a tiny 224 x 64 pixel silent movie of something slowed down by 30 times? In case you’re not clear on just how small that screen size really is, the thumbnail images on the front page of this site are 100 x 100 pixels, so it’s even going to look crap on YouTube. Apart from a couple of experiments with falling dominos and dripping water just to show off the technology I honestly can’t think of a single use for it.


The second slow-motion feature is potentially more useful, but only under certain circumstances. When you half-press the shutter button it pre-records 30 frames at up to 30fps, and then plays them back in slow motion on the monitor. You pick the frame you want to save by pressing the shutter button. The idea is that you can choose the precise moment just as you want it, so you can capture the look on your granny’s face the instant before the ice water hits her, or catch a photo of your kids when they’re not pulling stupid faces. It’s clever, but it doesn’t really differ in results from the remaining high-speed mode. 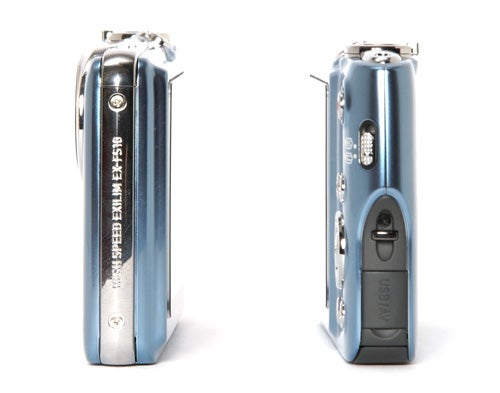 The 30fps high-speed continuous shooting mode is genuinely useful if you regularly photograph fast-moving action such as sports. Like the other high-speed models it introduces a new way of taking action shots. Rather than just taking one shot and relying on your reflexes to capture the right moment, or shooting a few frames in burst mode and probably missing the best moment, with Casio’s technology you can set the camera to pre-capture up to 25 frames, so when you press the shutter button the camera buzzes briefly and records a burst of 30 frames bracketing the time that the shutter was pressed. You can then simply scroll through the recorded pictures and save the ones you want to keep, or just save them all to sort out later if you’re in a hurry. It’s a good way to fill up a memory card, but you’ll never miss a moment again.

In terms of performance the FS10 is, not too surprisingly, quite impressive. It starts up in a little over two seconds, and shuts down again in about one and a half. In single-shot mode it can take a picture every 1.2 seconds, which is nice and fast. I’ve already mentioned the continuous shooting mode, which at 30fps and full resolution is amazingly fast for such a small camera.

The autofocus system is very fast and accurate, as Casio’s usually are, and even works well in low light, thanks to a nice bright AF assist lamp. Oddly it seems to operate even faster at full zoom than it does at wide angle. The close -focusing macro range is a bit distant at 10cm, but on the whole focusing is quick and reliable. Unfortunately the low light performance is slightly let down by the flash, which is underpowered with a maximum range of less than three metres, although it is well metered for close range subjects and avoids blowing out highlights.


When it comes to image quality I’m afraid the news isn’t good. Like the EX-FC100 it suffers in comparison to other £300 cameras, but to be honest the FS10 looks weak compared to cameras costing less than half as much. It’s hard to say exactly what the problem is; the lens appears to be good, with minimal barrel distortion, good edge-to-edge sharpness and almost no chromatic aberration, but for some reason shots just never look sharp or well detailed. Maybe it’s the noise control system, which is very strong and obtrusive, blurring out detail even at the lowest ISO settings. Colour rendition is also a bit pale, and dynamic range is extremely limited, with very dense detailless shadows in high-contrast shots. 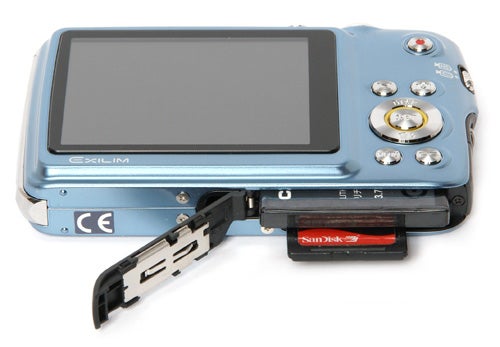 The Casio Exilim EX-FS20 is an interesting and technologically impressive camera with some almost unique abilities. It is well made, attractively designed and even handles reasonably well, but unless you have a pressing need for its high-speed abilities it is actually a fairly mediocre ultra-compact which is outclassed by cameras costing half as much. 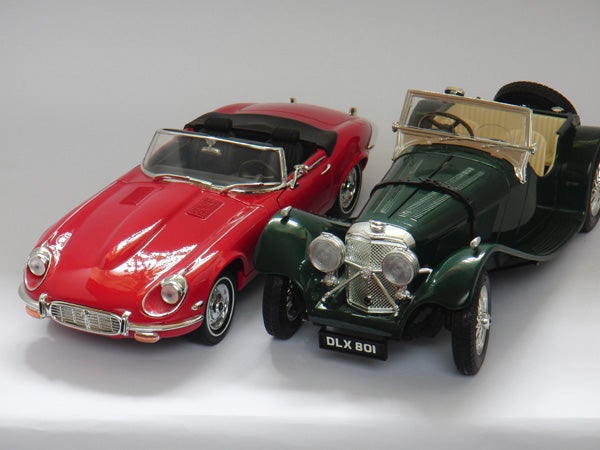 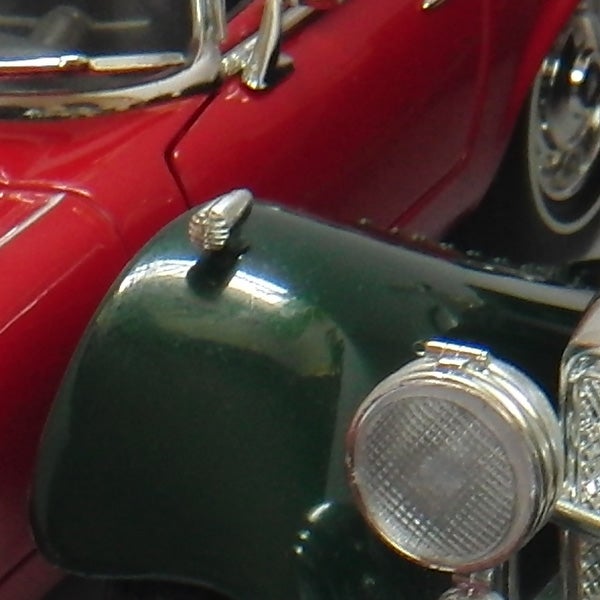 Even at 100 ISO the image quality isn’t brilliant, with the overall softness taking the edge off the detail. 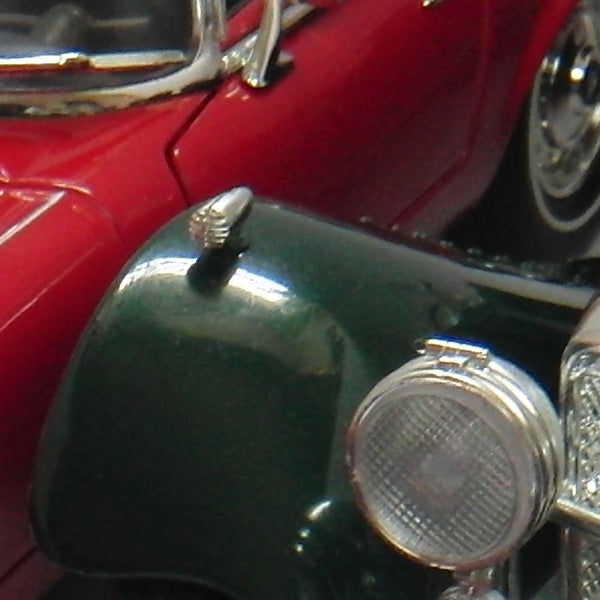 200 ISO and the image quality looks defocused and over-processed. 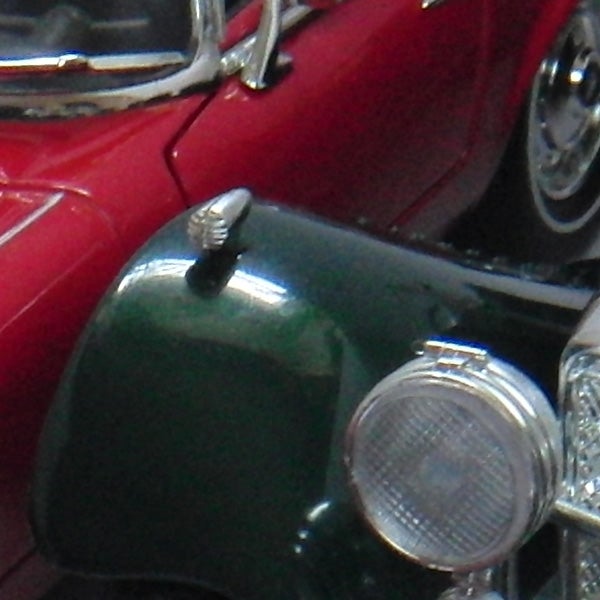 Noise is becoming a major problem at 400 ISO, and the white balance is also off. Noise is distorting colour at 800 ISO. 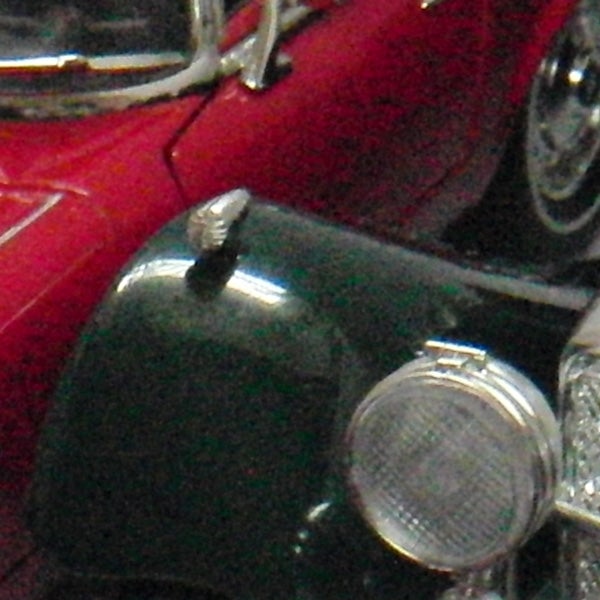 At the maximum 1600 ISO the image quality is terrible. 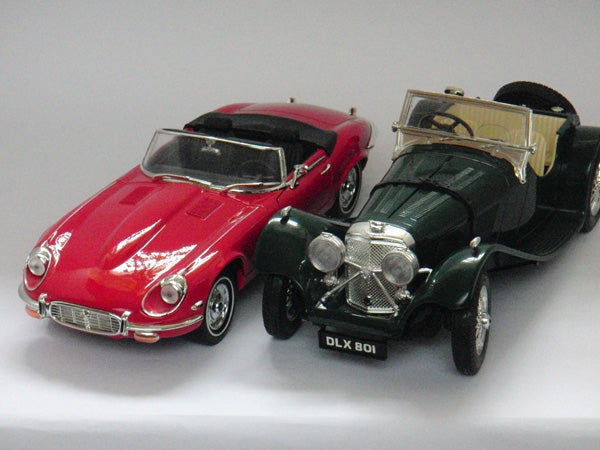 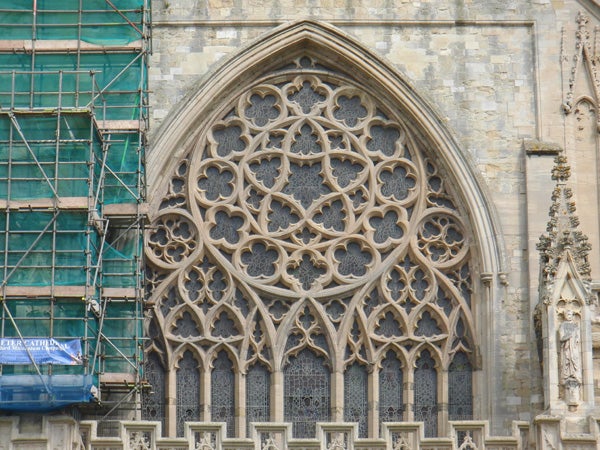 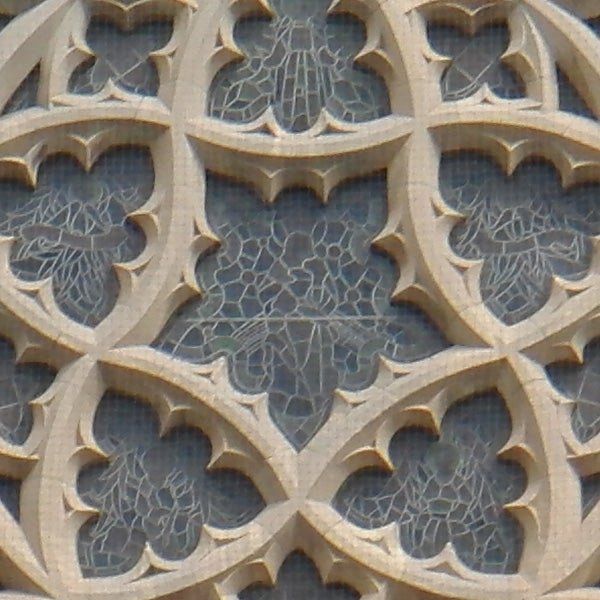 Although it has the resolution, the details just look blurred. 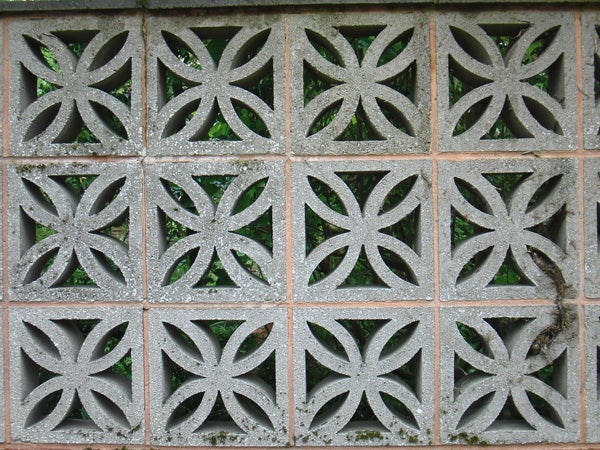 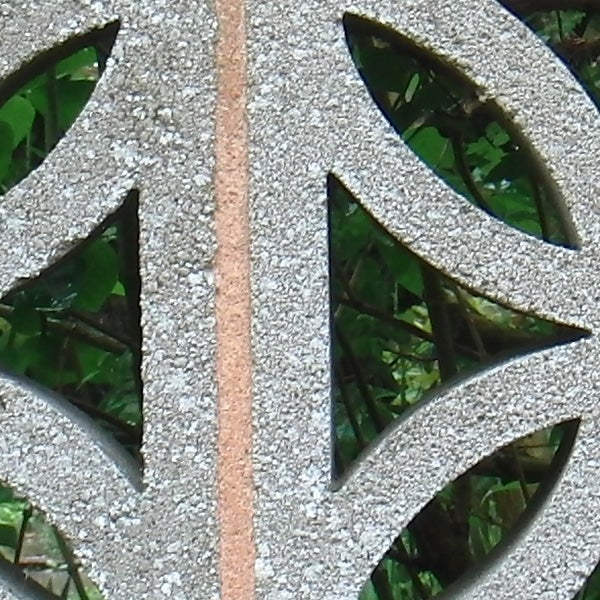 Centre sharpness appears to be good. 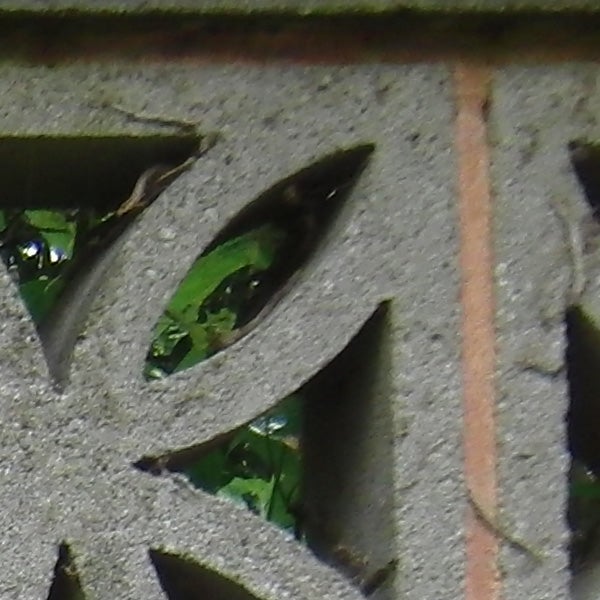 There is some blurring in the far corners, but there’s almost no chromatic aberration. 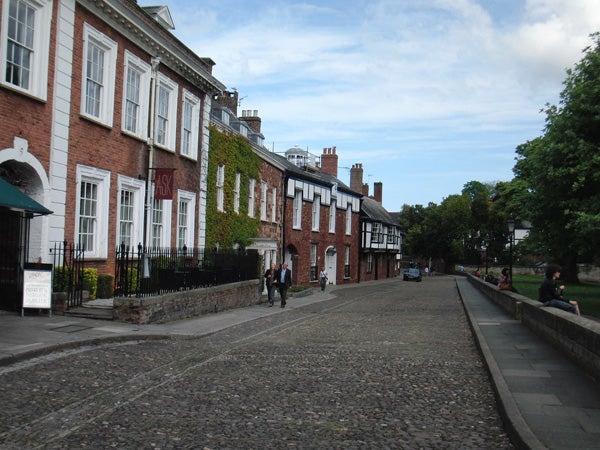 The wide-angle end of the zoom is equivalent to 38.1mm, not terribly wide at all. 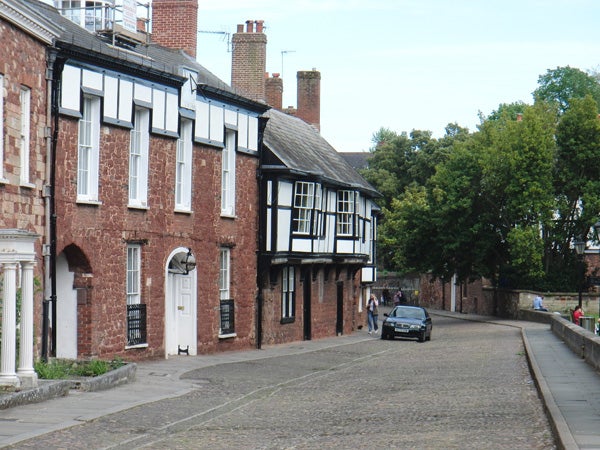 The telephoto end is equivalent to 114.3mm. 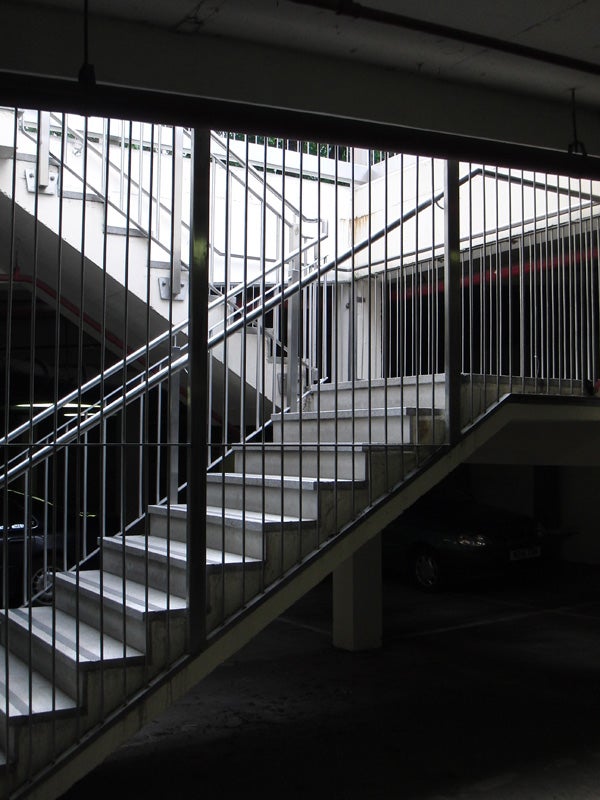 Dynamic range is quite poor, with murky black shadows. 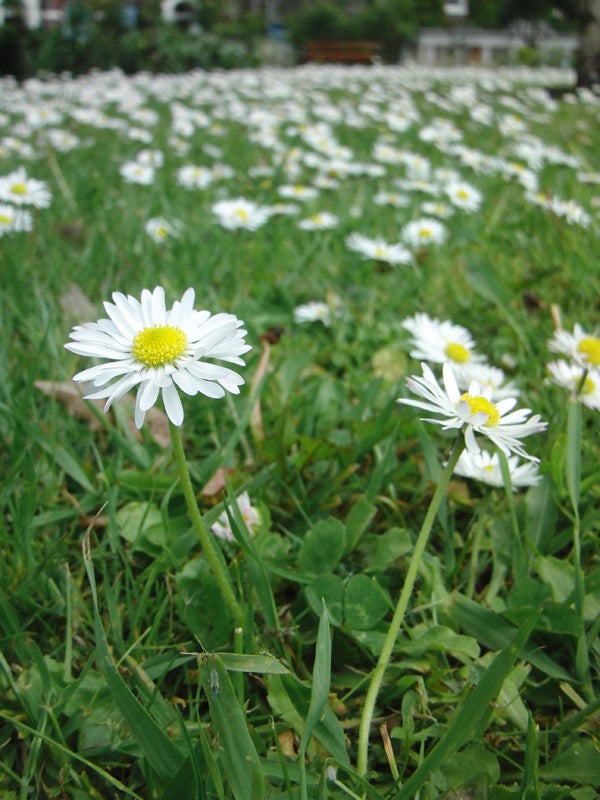