Back in June last year I reviewed the Casio Exilim EX-F1, an expensive but technologically impressive super-zoom camera featuring revolutionary high-speed continuous shooting and video recording capabilities, as well as full HD video. At a whopping £650 however the F1 was really too expensive to tempt the average consumer, so Casio has put the same high-speed technology into a compact camera, the new Exilim EX-FC100. It features a good quality 5x zoom lens, a special 1/2.3-inch 9.1-megapixel high-speed CMOS sensor with image stabilisation, and it is capable of full HD video recording, as well as 30fps continuous shooting and 1000fps high-speed video. It costs a lot less than the EX-F1, but it’s still not exactly cheap. The FC100 is currently selling for around £350. 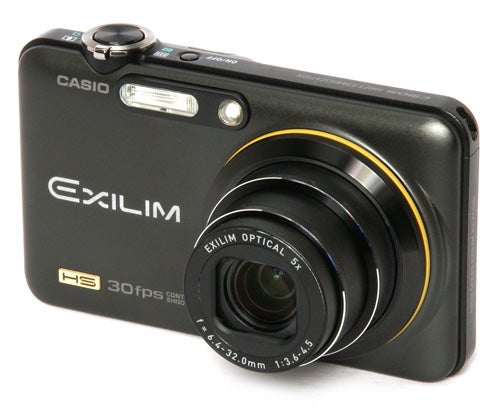 Straight out of the surprisingly small box, the initial impression is extremely favourable. Casio cameras have always been strong on stylish design, and the FC100 is a great looking camera. Despite the amount of advanced technology crammed inside it, it is a very compact design, measuring just 99.8 x 58.5 x 22.6mm and weighing approximately 180g including battery and memory card. It has a strong all-metal body festooned with complex-looking controls and equipped with a large 2.7-inch 230k monitor. My review sample is finished in an attractive matt slate grey with black trim, but a white version is also available. This is not the sort of camera that is likely to be available in pink. 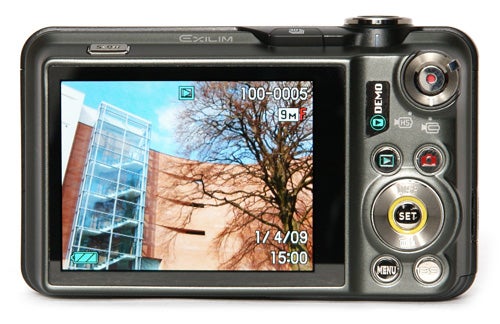 In terms of its special high-speed capabilities the FC100 doesn’t really have any direct rivals, but as a high-price premium compact it will be competing with cameras such as the Panasonic LX3 (£330), the Canon PowerShot G10 (£357), the Ricoh GR Digital II (£336) and the Nikon P6000 (£305). All of these cameras have their own unique talents, such as the LX3’s ultra-wide angle lens, or the P6000’s built-in GPS. The question is whether or not people will pay a premium price for the FC100’s special abilities.

Those special abilities are pretty remarkable. It has several functions that revolve around its ability to pre-record at very high speed. For example it can shoot up to 30 frames a second, starting recording as soon as you half-press the shutter, and storing 30 frames for up to three seconds before or after the shutter is fully pressed, on a manually-adjustable sliding scale. These frames can then be saved, either all at once or just selected frames from the sequence. It also has a lag correction facility, which continuously records to the buffer, allowing the camera to capture an image up to 0.3 seconds before the shutter button is pressed, effectively eliminating what little shutter and focus lag the camera has. In these modes the image size is limited to 6MP, but for most action photography that’s a worthwhile sacrifice to avoid ever missing a shot. 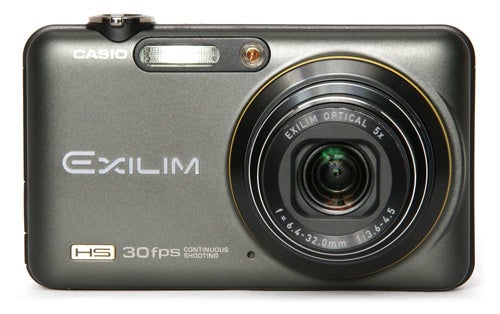 As well as high speed stills it also has a high-speed video mode which can shoot at 210, 420 or 1000 frames per second, although again the resolution is somewhat limited in these modes, to 480 x 360, 224 x 168 and 224 x 64 pixels respectively. It also has a variable frame rate option, in which the speed can be adjusted manually while shooting. Shooting at 1000fps effectively slows down any action by a factor of 30, enough to capture even very fast events, such as birds’ wings flapping or a golf ball deforming when struck by a club, but it has to be said that the very low resolution of these shots is a bit of a let-down. If you were hoping for slow-motion shots worthy of a BBC wildlife documentary you’ll be disappointed.


The HD video mode produces better results, although it is still a bit limited. It can record in 1280 x 720 pixel resolution at 30fps, although only with mono audio from the small built-in microphone, and without optical zoom, although digital zoom can still be used. It also has a standard 4:3 video mode, shooting at 640 x 480 at 30fps. Video clips are limited to 10 minutes in length. 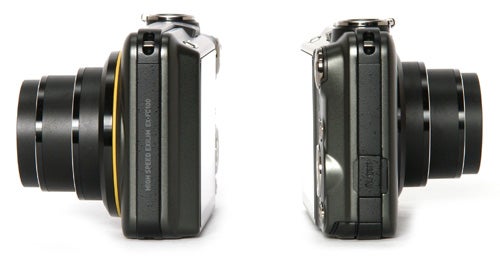 Ignoring all the high-tech bells and whistles for a moment, the FC100 is still a competent high-performance compact camera with a good range of features and options. It has sensor-shift image stabilisation which works well, providing around 2.5 stops of extra stability for low shutter speed shots, and the 5x zoom lens has a focal length range equivalent to 37-185mm. A wider angle would have been nice, but 185mm is a good medium telephoto setting. As well as this it has multiple focus modes including pan focus and manual focus, manually selectable AF point and tracking AF, adjustable sharpness, saturation and contrast, and arrange of colour filters.


As well as the standard program auto mode, the FC100 has Casio’s usual Best Shot mode, with a range of scene programs, including a couple of special ones that make further use of the pre-record function. The Move Out CS and Move In CS can record what happens immediately before or after a subject moves into or out of an adjustable boundary area within the frame. Another unusual feature is the Multi-motion image, which records a multi-exposure image on the same frame of a moving subject, giving a strobe-like effect.

The FC100 is all about performance, so it’s no surprise that it starts up quickly in a little over two seconds, although it does take three seconds to shut down again. In single-shot mode at maximum image quality is can shoot at approximately one frame per second, and also has a full-resolution continuous shutter mode which can shoot at 1fps until the memory card is full, both of which statistics are suitably impressive. 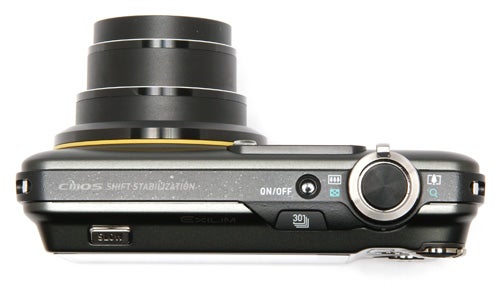 Casio has always had a good reputation for very fast autofocus systems, and the FC100 can focus almost instantly in a wide range of lighting conditions. It has a good bright AF lamp, and can focus in total darkness at a range of around three metres. The face detection system is also better than average, and can manage to detect, focus on and correctly expose faces in quite low light.


Overall image quality is good, although compared to other £300+ compact cameras it does look a bit weak. The 9.1MP sensor produces image files averaging around 5.5MB, which shows relatively low compression. The lens is good, producing very little wide-angle distortion and virtually no chromatic aberration, with good corner sharpness. Colour reproduction is very good, recording detail even in bright saturated colours, and even dynamic range isn’t too bad for a small-sensor 9MP compact, capturing a reasonable balance between highlight and shadow detail. 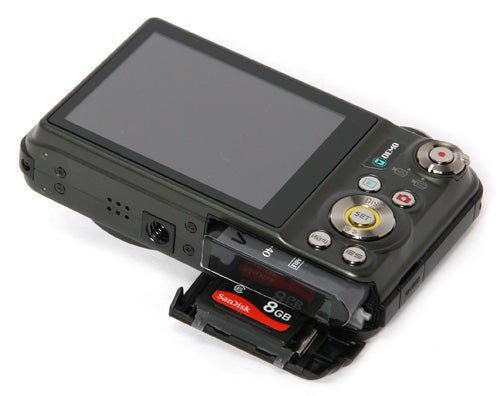 Unfortunately where it falls down is on image noise, something which has often been a problem for Casio cameras. Image quality at 100 ISO is pretty good, but even here images look over-processed, with artefacts around high-contrast edges, as well as blotchy colour in darker areas. From 200 ISO upward to the maximum 1600 ISO image quality gets progressively worse, with little shadow detail and major noise problems.

The Exilim EX-FC100 is a unique camera, combining a well-made and nicely designed high-performance ultra-compact with HD video capability and some entertaining and potentially useful high-speed shooting and video recording functions. There’s no doubt that the 30fps continuous mode could be useful for action photography, but the HS video is a bit of a novelty gimmick with resolution too low to be genuinely useful. It’s also a very expensive camera. 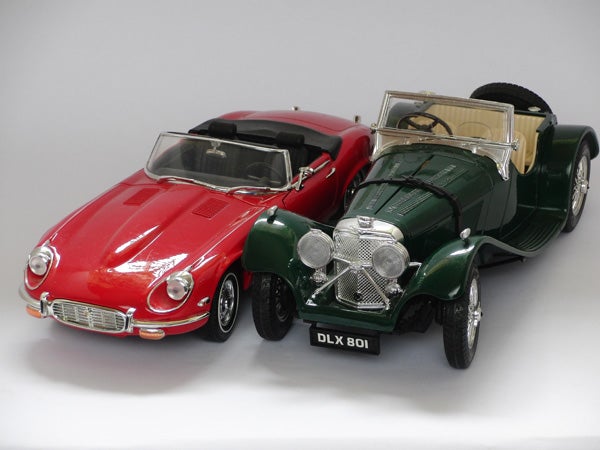 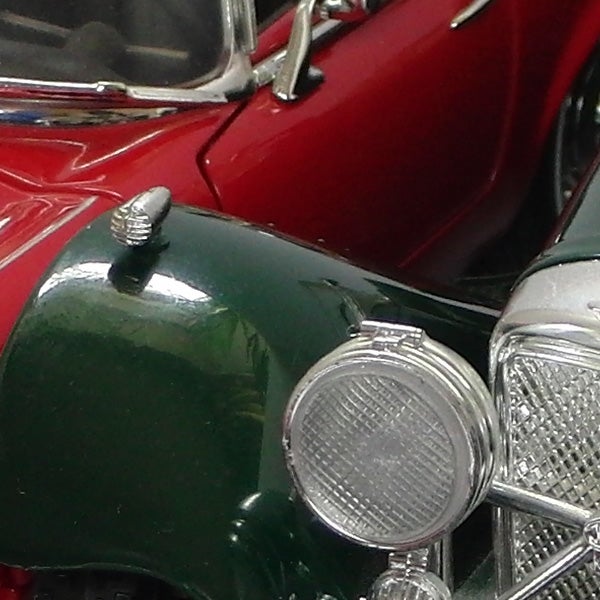 At 100 ISO the image quality is good, although is does look a bit over-processed. 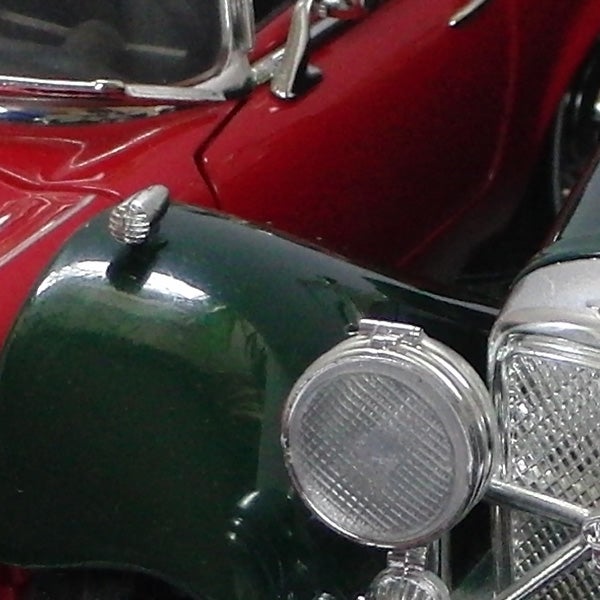 The darke red areas are starting to look a bit blotchy at 200 ISO, and there is a little blurring of fine detail. 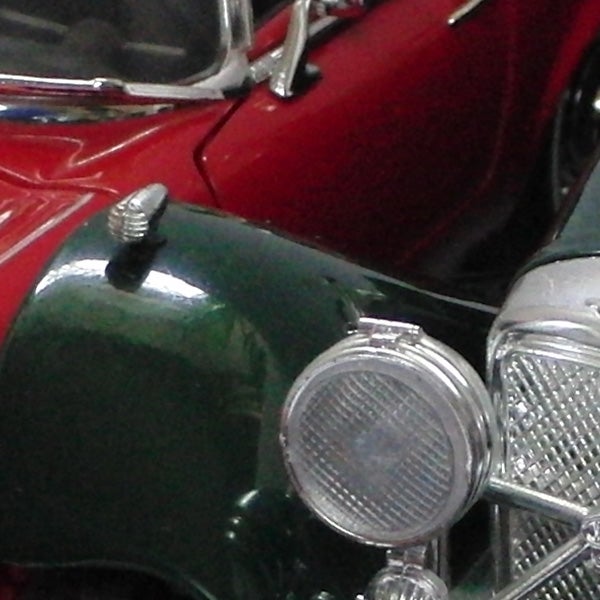 Noise is starting to be a real problem at 400 ISO, with the noise reduction removing even more detail. 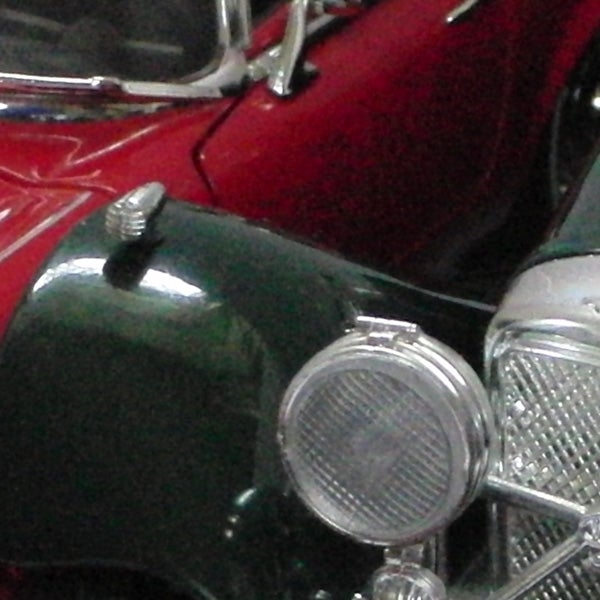 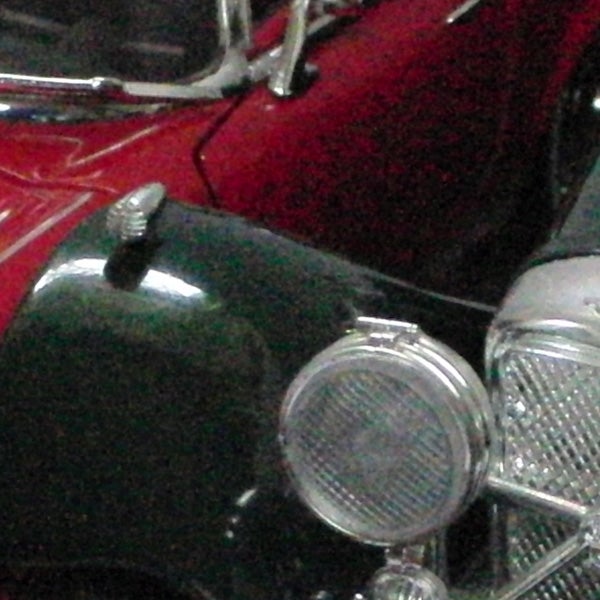 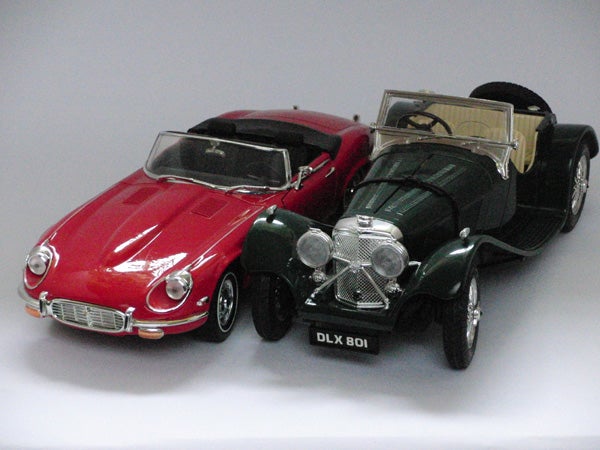 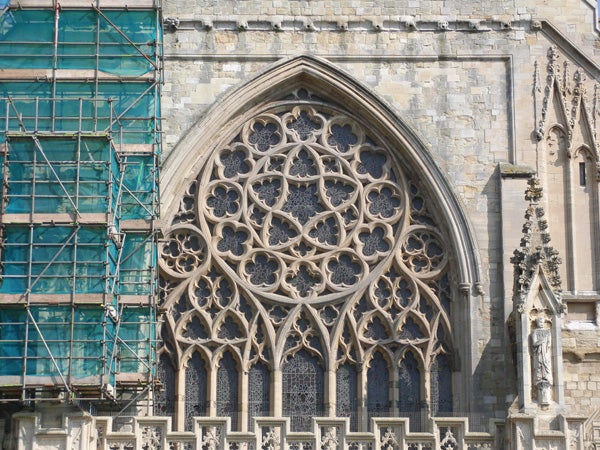 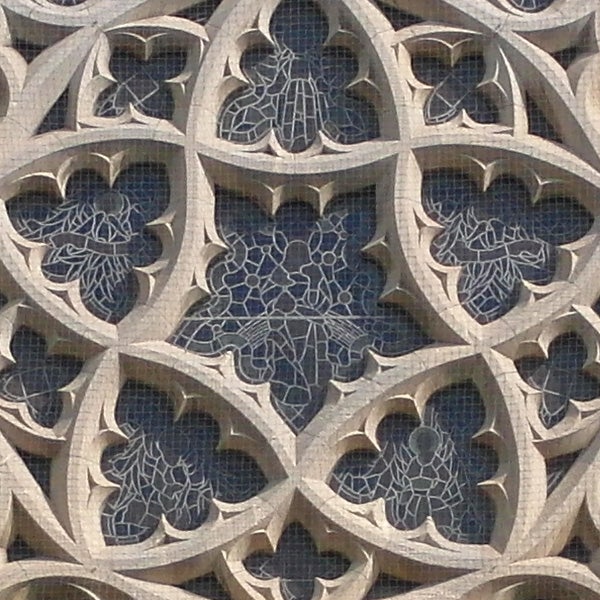 The sharp lens and high-res sensor have captured plenty of detail. 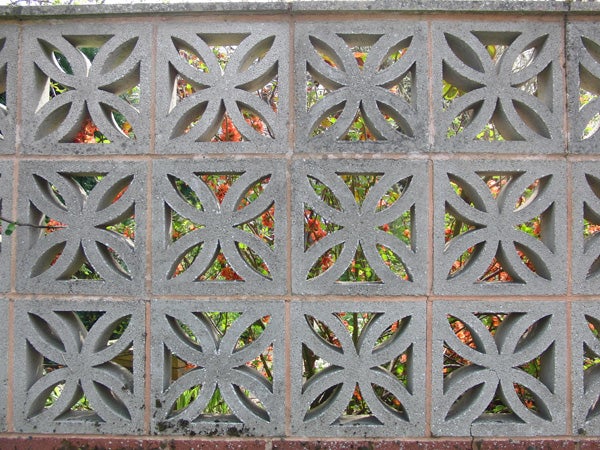 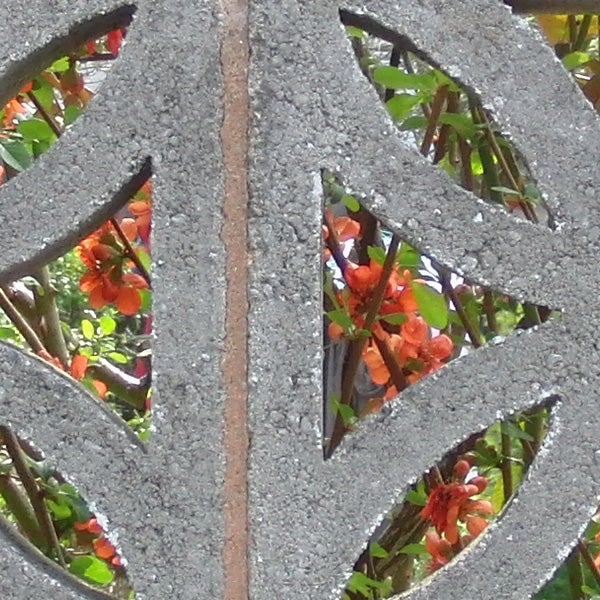 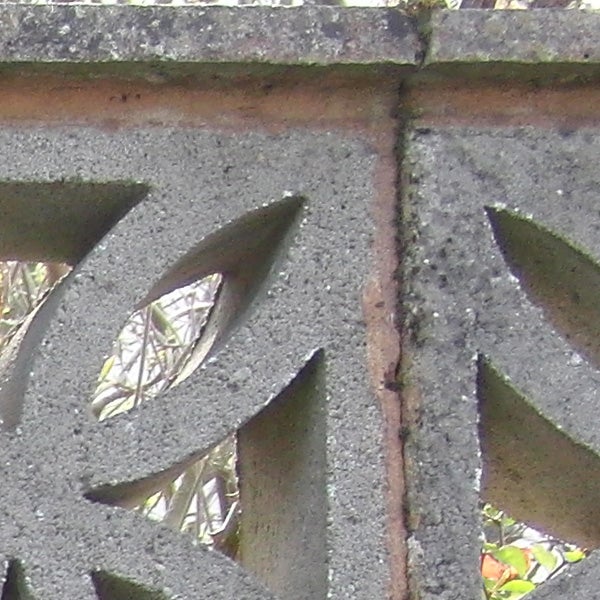 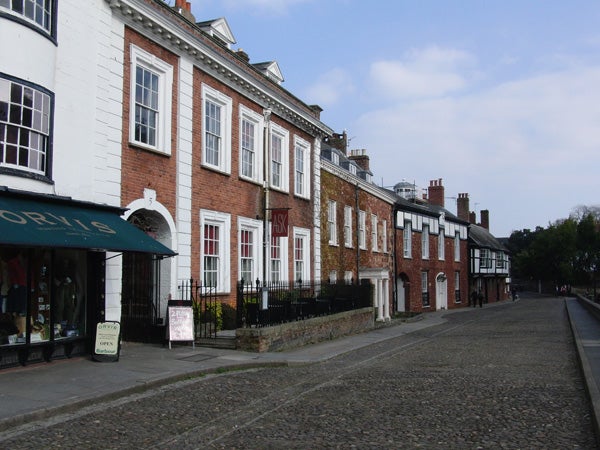 The wide angle end of the zoom range is equivalent to 37mm, not very wide by recent standards. 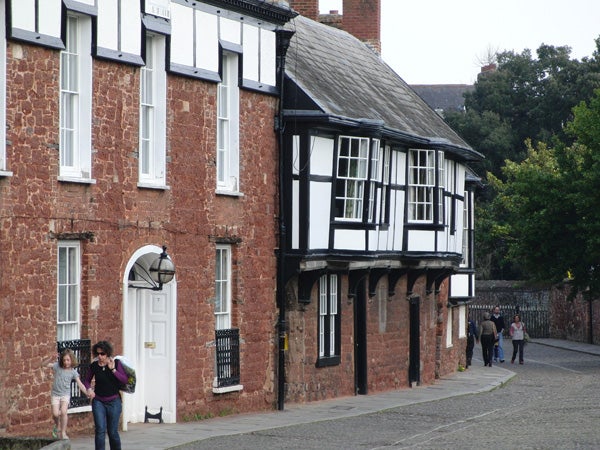 The telephoto end is more useful, equivalent to 185mm. 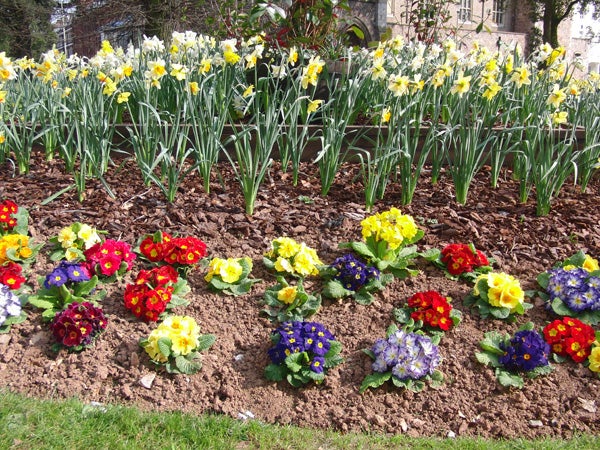 Colour reproduction is excellent, with plenty of detail even in bright yellows and reds. 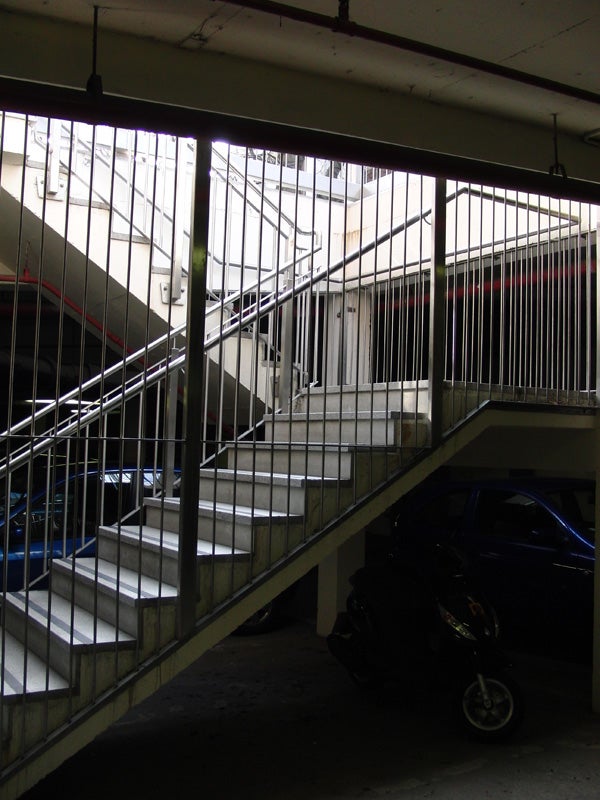 Dynamic range isn’t too bad compared to others in its class, although more shadow detail would be better.