It hurts to be revisiting Captain Toad on Nintendo Switch. Back when it released on Wii U in 2014 I enjoyed its simplistic but engaging gameplay; finding an adorable game that overflowed with charm. It managed to expand on the small side-levels found within Super Mario 3D World into a full experience with new mechanics and ideas. It was a huge surprise for so many. Which is why it’s so disappointing to say that this port fails to recapture the charm, despite being ostensibly the same game, due to how the port has been handled.

Captain Toad was very much a Wii U game, perhaps more so than most of Nintendo’s titles on the device. It saw Captain Toad having to traverse around a set of detailed and carefully crafted dioramas that double as puzzles you had to work through, collecting gems hidden within before reaching a star at the end. There’s a baseline story involving Captain Toad trying to save Toadette from Wingo, a giant bird which took her away due to her desperately clinging to a star they found on an adventure together, but the story is basically irrelevant, since the puzzles are the focus here.

It made great use of the Gamepad and dual screen on Wii U in a way that realised the potential of the controller. You had gears you turned on the touchscreen, with touch also used to move platforms and freeze enemies in place. You had minecart levels that showed the action on screen while giving a first-person perspective on the gamepad where you could throw turnips using gyroscopic controls. Here, the touchscreen is only accessible when playing portable. Therefore, changes had to be made for Switch. 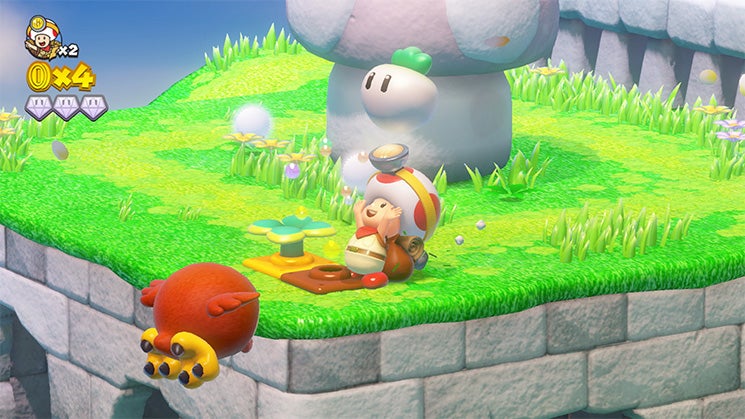 The solution Nintendo came up for lacking a touch screen when docked is a pointer system. When playing this way there would be a pointer on screen, controlled using the inbuilt gyroscope within the controller. Due to this, using the Switch Pro Controller can feel clunky as a pointer, making the use of the Joy Con practically a necessity. Over the course of various puzzles there may be certain objects that need to be touched to make them move, or it may be necessary to freeze an enemy in place.

On Wii U this was done by simply tapping on them, but here you hover the pointer over the object and press the ZR button on the controller. The thing is, it never really feels satisfying or accurate. One benefit of this is the inclusion of a Mario Galaxy-style version of co-op where one player controls Toad and the other throws tomatoes at the screen to clear enemies as well as controlling the camera and anything the pointer would be used for when playing solo.

However, the pointer drifts constantly, requiring you to arduously adjust it. Also the physical force necessary to touch the Gamepad’s screen made this action feel responsive, especially when freezing enemies, while the more precise and less tangible nature of the pointer controls never feels like you’re in control.

Of course, you can play in portable mode to rectify this, but then you’re left to limiting your play away from the TV, and the difference in button layout and screen size can make some controls feel clunky since no adjustments have been made to make it more suitable for the system. 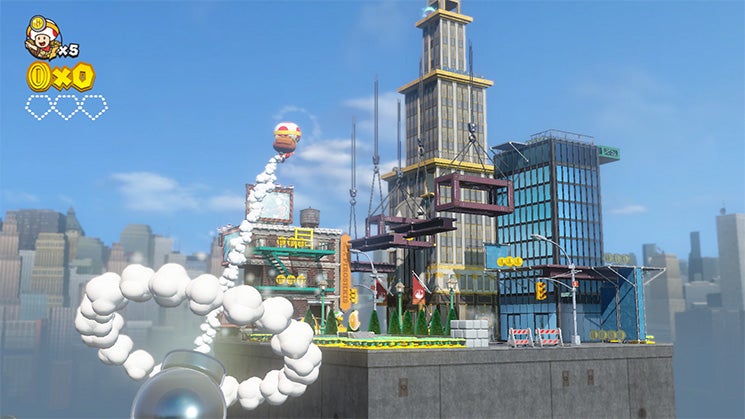 Using gears also feels less satisfying. In TV mode at these points you have to either spin the right stick or do circular motions with your finger in order to turn the mechanisms, which lacks the satisfaction of turning the gear by hand on the screen itself.

Mine cart levels have suffered the most from the transition, and are also home to the oddest design choices in terms of converting the Captain Toad to Switch. Originally these moments were handled using gyro controls, physically moving the Gamepad around to look around as you moved along rails, firing turnips at enemies and gems you saw along the way. This should, in theory, be easily replicated through the controllers in-built gyro, but when playing on a TV you can’t use this control option at all.

You’re forced to use the analogue stick to move the camera around and to aim, which makes these moments awkward to play, and it feels unnecessarily limiting, especially when this option is retained while playing in handheld mode. All of this comes together in a way that hurt things as a whole. The entire time it feels like you’re battling against the controls. There’s a fun outing underneath myriad issues here, too.

As I mentioned before, content wise, it’s essentially exactly the same as it was on Wii U, so there’s a fun and varied set of puzzles to be found in this package. Visuals are charming, and clean in a way that not only looks lovely but help guide the player through the level. There’s a lot of content included here, too. Each puzzle can be revisited to collect all the gems and complete special challenges, such as not defeating any enemies. 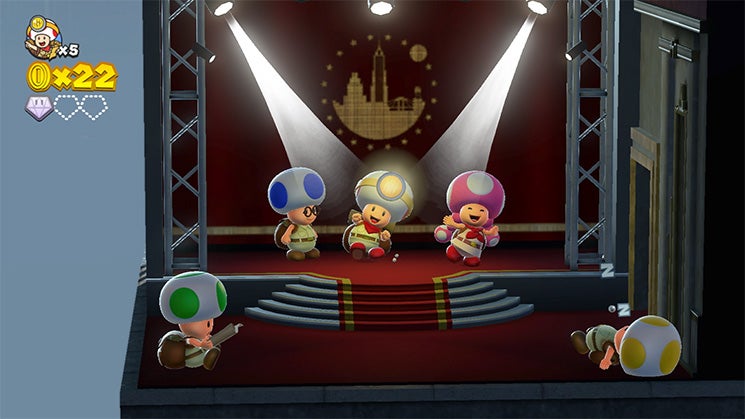 The previously-amiibo only bonus of seeking out Pixel Toad within each level is now built into the game itself, adding more content, even if at times he can be frustrating to find. The Toad amiibo now grants an invincibility mushroom to the player instead. If you do all of these challenges, you unlock the ability to take part in time trials, to see if you can beat the target time for a level. Going for 100% will take time.

One new component of the Switch port is a set of 4 new levels based on Super Mario Odyssey. Each of these takes a kingdom from the platformer and condenses it in to a single diorama, and these are some of the best puzzles yet, doing a great job of taking all the unique elements of the kingdoms and bringing it all together. But even this has some negative points.

These are the only bits of new content, and yet the time needed to complete each of these levels, only unlocked after finishing the main story, is roughly 20 minutes, if not less. On top of this, a few special levels based on Super Mario 3D World have been removed!

Though these were different to the rest, as they weren’t puzzles but exact replicas of levels from which could be explored, it’s still disappointing to see them absent from what you would assume would be a complete package. These Super Mario Odyssey levels epitomise the issues Captain Toad has on Switch. For every positive point and strong element, something else implemented to adapt it for Switch drags the quality of the overall package down. 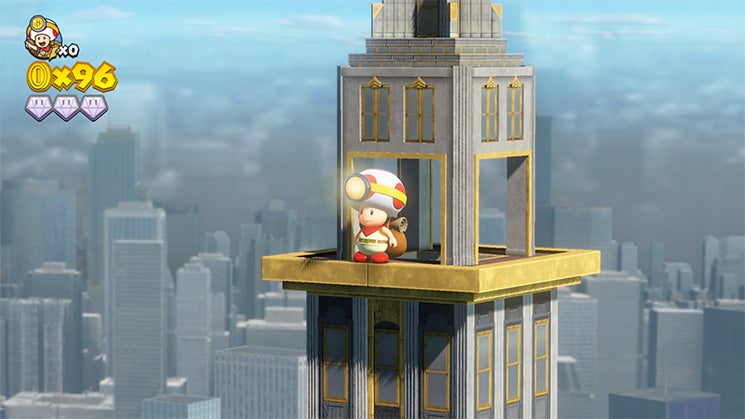 I mentioned how it hurts to revisit Captain Toad Treasure Tracker, and this is why. There is a charmingly competent puzzler here, yet it’s hard to recommend without an abundance of caveats.

If you’ve yet to play the Captain Toad and solving cute and charming puzzles, it could be worth a shot if it drops in price, even though the asking price is lower than most to begin with.

If possible, and if you own a Wii U, you would be better off dusting that system down and playing it on there.