Take a look through the stats pages of popular image hosting sites like Flickr and Photobucket and you may be surprised to find that the most popular camera used to capture images isn’t a DSLR or even a compact, but rather Apple’s iPhone 4. So popular has the little 5MP become, in fact, that sites like www.eyeem.com have sprung up to cater exclusively for cameraphone images-as-art. Given this, we’re all for products that can help iPhone users capture better images. Is the Canopy Kapok such a product? 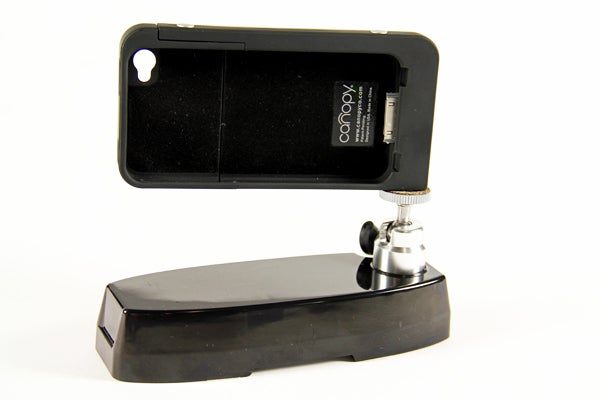 At first glance the Kapok appears to be little more than a protective
case for the iPhone 4. Look closer, however, and you’ll notice it has
two physical buttons built into the side of the case. When the Kapok is
used in tandem with Canopy’s self-titled app (available for free through
the App Store) these buttons can be used to activate the shutter.
Better still, both buttons are sensitive to a half-press too, the
shutter button responding by finding and locking focus – just like on a
regular digital camera.

In addition, the Kapok case has a ¼-inch
thread inserted into the base of it, which allows it to be mounted to a
regular tripod. The Kapok even comes bundled with a weighted base unit
fitted with a miniature ball-head topped with a ¼-inch screw mount.

The
ball-head part of this isn’t particularly well made (ours actually came
apart within five minutes), but at a push it could be used as a kind of
makeshift tripod – just so long as you have a flat enough surface to
rest it on. If you’re serious about using your iPhone 4 with a tripod
then a compact-sized Joby Gorillapod would undoubtedly prove far more
practical. That said, we do rather like how Canopy has integrated the
base unit into the Kapok’s overall packaging – kudos to them for that. 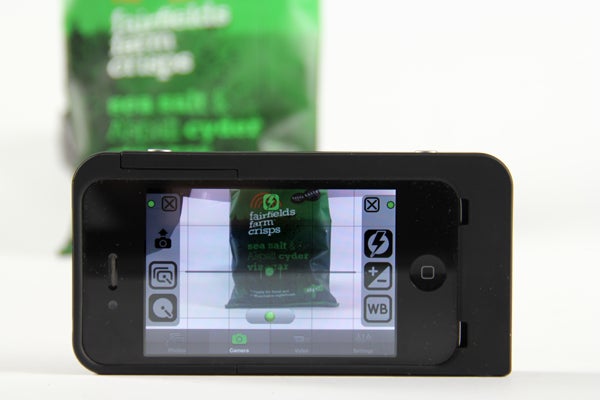 The
Canopy app that’s specifically designed to work with the Kapok isn’t bad either. By
far its strongest individual feature is the customisable time-lapse
feature. By attaching your iPhone to a tripod (or perhaps the supplied
base unit), you could use this to capture some interesting videos over
extended periods. You’ll have to work out how to use all of the app’s
features by yourself though, as no instructions are provided either with
the device or on the manufacturer’s website.

In addition to
capturing still images, the Canopy app can also be used to shoot video.
There’s a good degree of physical button and touch-screen customisation,
and it also offers direct control over the iPhone’s built-in LED flash,
along with the ability to lock exposure and White Balance settings. In
addition, you can also call upon a useful levelling tool to keep your
horizons straight, and there’s a 3×3 (or 6×4) grid overlay
available for those who want to utilise the photographic rule of thirds.

We can see what Canopy intended with the Kapok package, and the case/tripod mount/software combination is certainly a neat idea in principle. Unfortunately though, it’s all hugely undermined by Apple’s incoming iOS 5 update. Not only does this promise to deliver a dedicated camera-phone activation button on the iPhone’s lock screen, but will also, and perhaps more significantly, allow one of the iPhone’s ‘volume’ buttons to be used as a physical shutter button. 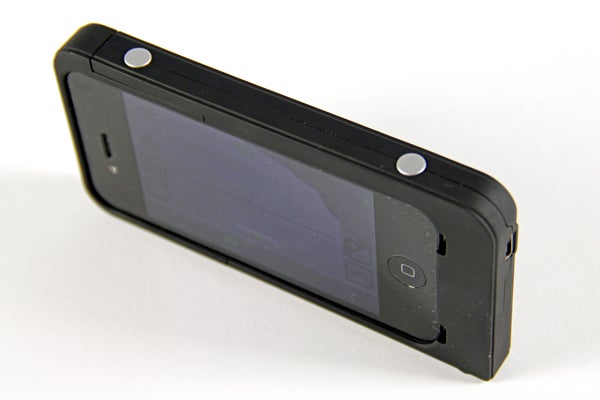 This alone somewhat diminishes the very raison d’ëtre of the Kapok. A small ray of hope does remain, however, in that Canopy is giving away the SDK for free, thereby giving developers the chance to make third-party apps that can utilise the Kapok’s physical buttons in other ways. Sadly, to date this invitation appears to have been completely overlooked, with only the one aforementioned Canopy app available.

Ultimately, if the Kapok is to survive as a viable product Canopy desperately needs some enterprising third-party developers (or perhaps its own in-house dev team) to create some alternative apps that can take advantage of the Kapok’s physical buttons in other, interesting ways. It’s worth noting that the Canopy app can also be used (and works perfectly well) without the dedicated Kapok case. Not something that’s going to help drive sales, we suspect.

Looking at the case itself, well, it’s certainly solid enough. Constructed from a hardened plastic it’ll doubtless provide protection from accidental knocks, drops and scrapes. Easy to lock together, it’s also comes apart without any great fuss should you want to remove your iPhone. 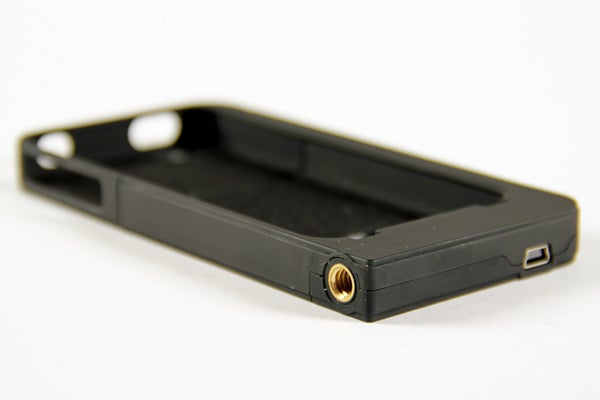 In order that the encased iPhone can talk to the Kapok’s buttons, the case has a standard 30-pin Apple connector built into its base. This adds about three-quarters of an inch to the overall length of the case. In addition, at just under half an inch, the side that houses the two physical buttons isn’t particularly thin either. Overall, the Kapok is undeniably chunky. It’ll still fit in a trouser pocket, just about, but it’s far from subtle.

One final thing that needs to be mentioned is that while the mini USB port on the bottom of the Kapok can be used to charge an encased iPhone, it cannot be used to move files onto the phone via iTunes. To do that you’ll need to remove your phone from the Kapok and hook it up in the normal way.

Verdict
Timing is everything in technology – if you want to be successful, you have stay ahead of the curve. Sadly, the Kapok finds itself some way behind that curve. While it isn’t a badly made product per se, we doubt that many iPhone owners will want to shell out £37 ($60) in return for some physical camera-phone buttons, especially given that iOS 5 will eventually deliver pretty much the same thing, and without the need for a cumbersome case either. If you have a specific interest in creating time-lapse videos then the Kapok will hold some serious appeal, otherwise it remains a bit of a non-starter – at least while there are no other third-party apps for it.