Although the SX50 HS is pleasingly compact, it has a few irritating niggles, the main one being it feels somewhat unrefined due to the largely plastic body and lack of any tactile textured finish. This, in combination with the shallowness of the camera’s grip, means that the SX50 HS can feel somewhat uncomfortable in the hand while shooting

The main buttons are a disappointment, too. Both the menu pad and the mode dial are a touch too deeply recessed in to the camera’s body to allow for easy operation, and can prove cumbersome to operate as a result. 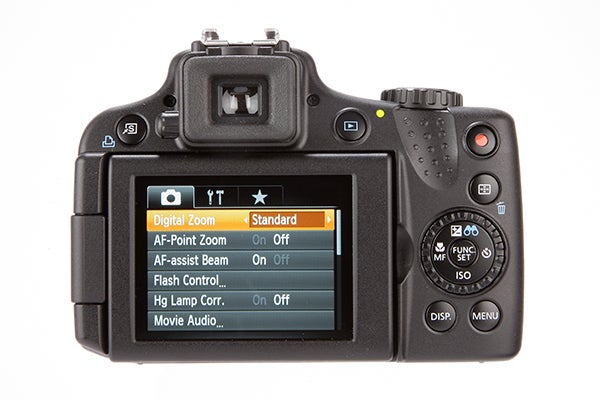 On a more positive note, the articulated screen features a large and welcome hump on the right hand side, which allows it to be pulled away from the camera’s body with relative ease.

The general layout of the camera’s buttons is also pleasing, while the model’s menu system will be instantly familiar to any previous Canon user, and as a result is simple to operate.

The performance of the Canon PowerShot SX50 HS is characterised by somewhat erratic results, although it’s not always to the camera’s detriment it’s certainly worth noting.

The camera is prompt enough to start-up – it’s ready to shoot in a little over a second from switched off. The general speed of the camera’s AF performance is also worthy of note, too. The SX50 HS generally acquires focus with little discernable delay. What is noticeable, however, is how it does so lacking any real fluidity and, despite the presence of the ultra sonic motor, is relatively noisy.

A lack of fluidity is also noticeable when considering the SX50’s zoom. Speed certainly isn’t an issue here, with it travelling from the wide to the tele end of the zoom in just over a second. But it does make smaller adjustments awkward, as it often speeds past the ideal point. You get the feeling that you could easily sacrifice a bit of the zoom’s travel speed to allow for more fine tuning. 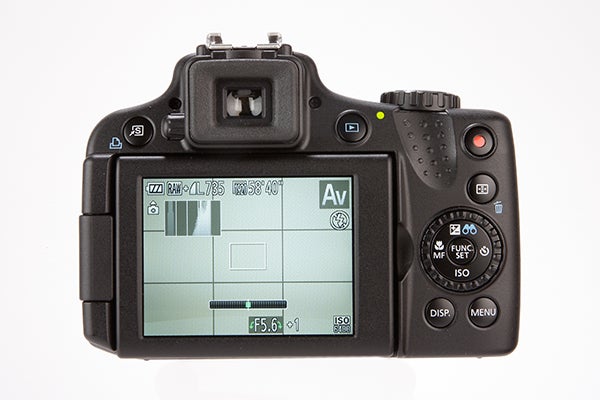 While the articulating element of the LCD screen is well designed, the screen itself is only so-so. With a resolution of just 461k-dots and at a size of 2.8-inches, it’s some way behind its rivals in this regard. The screen also displays slightly warmer results than the final images, and as a result you might resort to the histogram for more accurate information.

As suspected earlier, the EVF (electronic viewfinder) disappoints, too. Images displayed on the viewfinder exhibit a level of softness and chromatic aberration that’s not in keeping with the final image, which makes the viewfinder a lot less useful than it ought to be.

It’s far from all bad news, however, as there are some real areas of promise. The image stabilisation system claims to offer 4.5 stops worth of benefit on an unstabilised lens and, on the whole, it meets this claim, which means you can enjoy blur-free shots even at the maximum zoom – no mean feat.

The menu system is also pleasing, as the SX50 HS maintains the ‘L’ shape system that’s seen their compacts through over recent times.