As you’d hope for a travel zoom like the SX280HS, the compact features a sleek design that results in an eminently pocketable body.  For the style-conscious photographer, the compact is available in a three different shades – namely black, blue and grey.

It has somewhat a blunt-looking design to it, although the sturdy metal chassis gives the camera a real feeling of reliability and the feel that it will stand up to any bumps and bruises that may befall it. 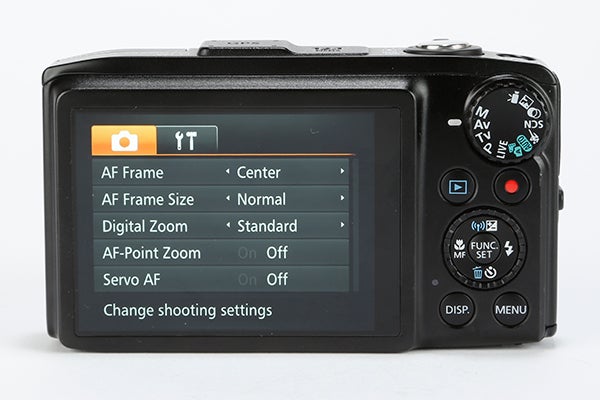 There’s a raised rubber bumper of the front that, when combined with the ample space at the rear of the camera, offers a secure hold over the model when shooting.

The top plate houses the usual suspects, including a neatly recessed on/off button and shutter release / zoom lever combination. The top plate also houses one of the more suspect areas of the camera’s design.

The SX280HS’s flash is an automated unit that pops up from the camera’s top plate when required. Unfortunately, it pops up right from where your left hand would naturally rest, creating some issues when shooting and potentially creating issues whereby it might break off if activated at the wrong time and then knocked.

Other elements of the design are pleasingly neat – the model’s menu system is logical and features an integrated hints and tips system for those wanting to learn more about the various settings. 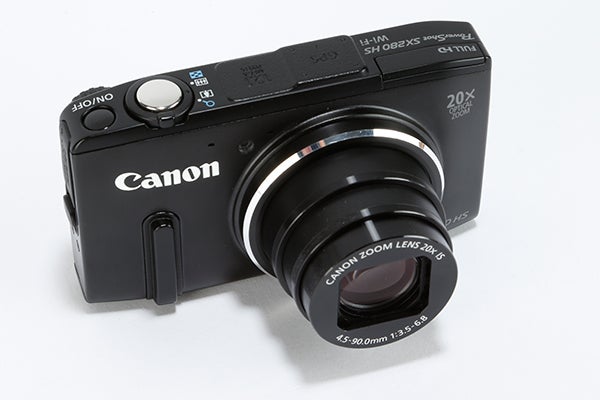 The SX280HS is generally a good performer, although there are certainly some areas in which it is a touch disappointing.

The Wi-Fi functionality itself is a touch tricky to set up, although once it’s up and running it’s simple to transfer and review images from either a smartphone or tablet. The GPS functionality is another feature that is pleasingly simple to activate. 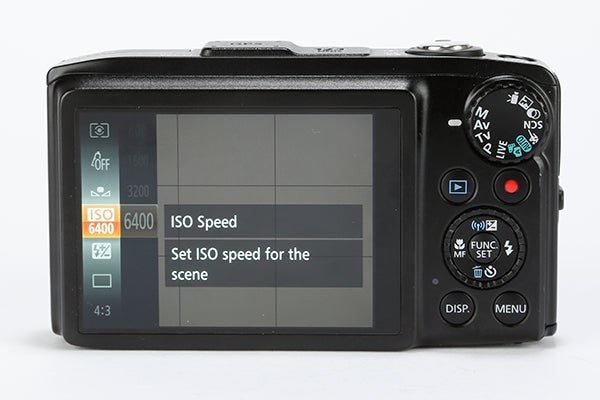 All this technology does come at a cost, however. Canon quotes that the SX280HS should deliver around 210 shots on a standard charge, however if you’re regularly using the GPS and Wi-Fi functionality you’ll really struggle to meet this level.  As a result, if you’re thinking of taking the SX280HS on the road as a travel companion it could well be a good idea to purchase a spare battery.

The addition of the new DIGIC 6 processor helps the camera with some impressive headline shooting speeds.  A maximum continuous shooting speed of 14fps is possible, although you have to set the camera up in a specific high-speed shooting mode and only for a depth of 7 frames before the buffer fills.

In traditional shooting modes, the SX280HS still manages a respectable rate of 3fps. Other speed measures include an almost imperceptible shutter delay, prompt shot-to-shot speed and an AF system that’s just as impressive. The speed in use is generally pleasing on the whole and the camera rarely leaves you waiting. 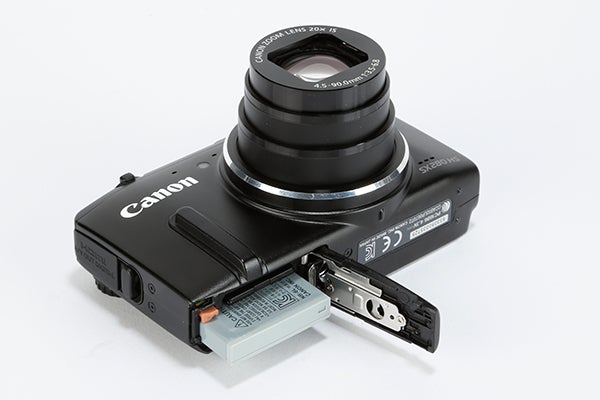 The SX280HS’s video capture performance is greatly aided by the fact that it captures full HD video capture at 60fps. As a result videos are silky smooth, and can benefit from the fact that the model also features an auto wind filters and dual zoom speeds during capture.