One of the surprise success stories of last year was the Panasonic Lumix DMC-LX3, a premium compact camera featuring a 1/1.63-inch 10.1-megapixel sensor, a 3.0-inch 460k monitor, and an extremely high quality f/2.0 – f/2.8 wide-zoom lens. Costing a substantial £300 at launch it looked destined for the niche market of photography enthusiasts, but its combination of elegant retro styling, pocket-sized dimensions, high performance and superb image quality proved to be a winning combination, and it sold so well that UK stocks of the black version almost sold out. 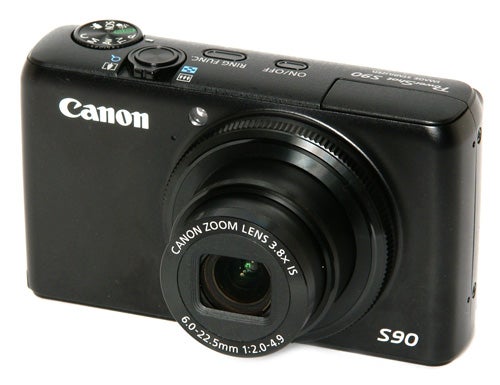 The popularity of such a seemingly exclusive camera must have come as a bit of a revelation to rival Canon, who had previously been the undisputed king of advanced compacts with its long-running and highly successful PowerShot G series. The LX3 put a dent in the sales of the PowerShot G10, so it comes as no big surprise that Canon’s new Autumn line-up includes not just the impressive new PowerShot G11, but also today’s review camera, the PowerShot S90. It’s a welcome return for Canon’s long-dormant S-series of advanced compacts. The S90’s most recent predecessor was the PowerShot S80 launched in 2005.


Although I’m sure that Canon would deny any connection, the similarities to the LX3 are hard to ignore. The S90 features a 1/1.7-inch 10.0-megapixel CCD (the same as the G11), a 3.0-inch 460k monitor, and a wide-zoom lens with a maximum aperture of f/2.0. It too has full manual exposure controls, an all-metal body and a very similar pop-up flash. It even has one of its controls on the lens bezel. 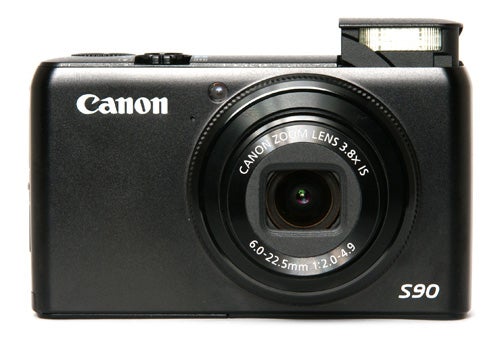 There are a number of significant differences however. For a start the S90 is considerably smaller and lighter than the LX3, measuring 100 x 58.4 x 30.9 mm and tipping the scales at approximately 200g including battery and memory card. The S90’s lens is also quite different, with Canon opting for a 3.8x zoom equivalent to 28-105mm, whereas the LX3 has an extra-wide 2.5x zoom equivalent to 24-60mm. Both cameras have a maximum aperture of f/2.0 at wide angle, but for the S90 this drops to f/4.9 at the telephoto end, compared to the LX3’s much faster f/2.8. The biggest difference however is the price. The S90 is currently selling for a whopping £400, making it one of the most expensive compact cameras on the market.

Compared to the sleek elegance of Canon’s IXUS ultra-compacts or the chunky ruggedness of the G11, the body design of the S90 looks surprisingly plain. The shape is a simple rectangular box with rounded ends and no handgrip or other protrusions on the flat front panel, and with only a small token thumb rest on the back. As we’ve come to expect from Canon the build quality is very good, but surprisingly the top and bottom panels are plastic, not something I’d expect from a £400 camera. 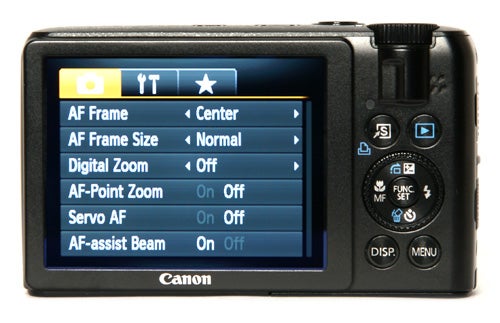 Fitting a full set of manual exposure controls onto a small compact camera is bound to present a challenge, but Canon’s designers are a pretty inventive bunch. The S90 has an unusual rotating bezel control around the lens which is used to adjust various parameters. In manual and aperture priority modes it adjusts aperture, while in shutter priority mode it adjusts shutter speed. In auto and program modes its default setting is ISO adjustment, but it can be customised to adjust one of list of other parameters. It’s a novel idea and might appeal to owners of older SLRs and rangefinder cameras, but to be honest I found it slightly awkward to handle, and the changing function depending on the shooting mode was somewhat confusing.


The S90 also has a rotating bezel control around the D-pad, something of a signature for the S series. I’ve never been a big fan of this type of control; some are better than others, but I’m afraid this one is just awful. It rotates far too freely with even the lightest touch and is very easy to jog accidentally while shooting. Since it controls exposure compensation in most shooting modes this results in many badly exposed shots. Just stiffening it up a bit or adding a ‘click’ to the action would have helped a lot.


Thankfully the rest of the controls are very good, with nice tactile feedback, and include a function button which can be customised to control one of a long list of options. The zoom control is the usual rotating switch around the shutter buttons, and although the zoom action is stepped it has eight increments between minimum and maximum so it’s not too hard to get the setting you want. 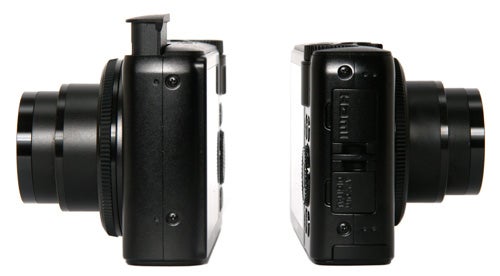 The S90 is almost unique among recent compact cameras in that it doesn’t have HD video recording. The video mode is limited to 640 x 480 resolution at 30fps, with mono audio recorded via an internal microphone. The optical zoom cannot be used while recording, but there is a smooth digital zoom available. The video and sound quality aren’t that brilliant by recent standards, but at least it can record clips up to an hour long.


The S90 does offer a wider range of control than most other compact cameras, with features such as tunable automatic white balance, exposure and focus bracketing and stepped zoom settings to particular focal lengths. The usual My Colours feature allows five-step customisation of contrast, sharpness, saturation, colour balance and skin tone. While by no means a replacement for a digital SLR it comes close to the versatility of the PowerShot G11 but in a much more compact shape, although I have little doubt that the first comment following this review will be someone complaining about the lack of an optical viewfinder.

For a £400 premium camera the S90’s overall performance is surprisingly unimpressive. It starts up quickly enough in about one and a half seconds, but in single shot mode the shot-to-shot time is approximately 2.3 seconds, which is pretty average and significantly slower than the LX3’s 1.7 seconds. In standard continuous shooting mode with AF only on the first shot it can manage one frame a second, or one frame every 1.5 seconds in AF continuous mode. 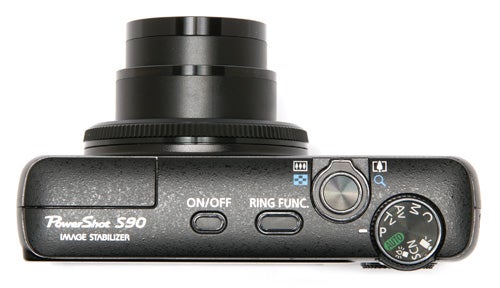 Canon’s autofocus systems have always been among the best available, and the S90’s system appears to be the same as Canon’s other recent compacts such as the IXUS 110 IS or the 990 IS. It is fast and accurate in all lighting conditions, and thanks to a very bright AF assist lamp it can focus in darkness at a range of several metres.

(”Note: This is a correction based on updated information”) The S90 features Canon’s acclaimed optical image stabilisation system, which has repeatedly proven itself to be one of the most effective on the market.The S90 is capable of capturing sharp hand-held shots at shutter speeds as low as 1/10th of a second, even when zoomed in.


For a premium camera aimed at enthusiasts, image quality is of course crucial, and the S90 delivers. Dynamic range is excellent in JPEG mode thanks to the i-Contrast auto level control, and shooting in Raw mode allows about a stop of exposure latitude, pulling back some highlight detail. The lens produces superb corner-to-corner sharpness, with plenty of contrast and pin-sharp detail, with minimal wide-angle distortion. Exposure metering is spot-on under a wide range of lighting conditions, and colour rendition is pleasingly natural in the default setting. 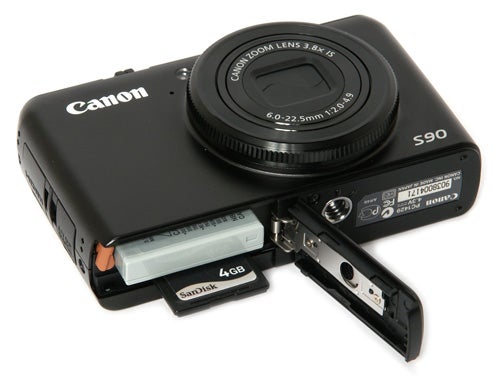 Image noise control has long been a Canon strong point, and the S90 produces excellent results with smooth colour gradients at 800 ISO, although 1600 and 3200 ISO do lose some detail. As is usually the case with Canon’s excellent noise reduction system, even where there is noise it has a pleasant granular texture reminiscent of high-speed film grain.

The Canon PowerShot S90 is a superb high-spec compact camera with the emphasis on image quality and controllable versatility. The range of features, build quality and results are excellent, although the fiddly controls and slightly sluggish performance are minor disadvantages. The only real problem is the extremely high price compared to rival models. 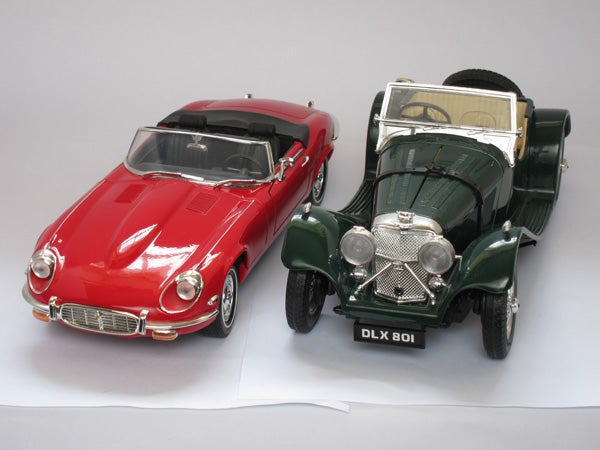 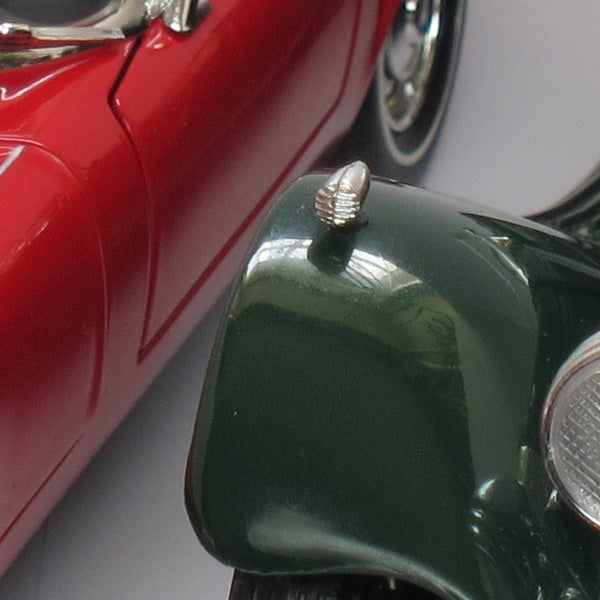 Compare the image quality at the minimum 80 ISO setting with the results from the Panasonix LX3. 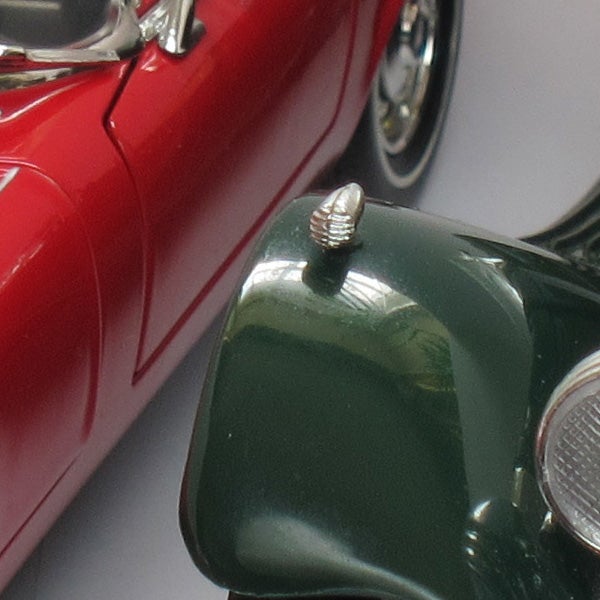 Image quality is excellent at 100 ISO. 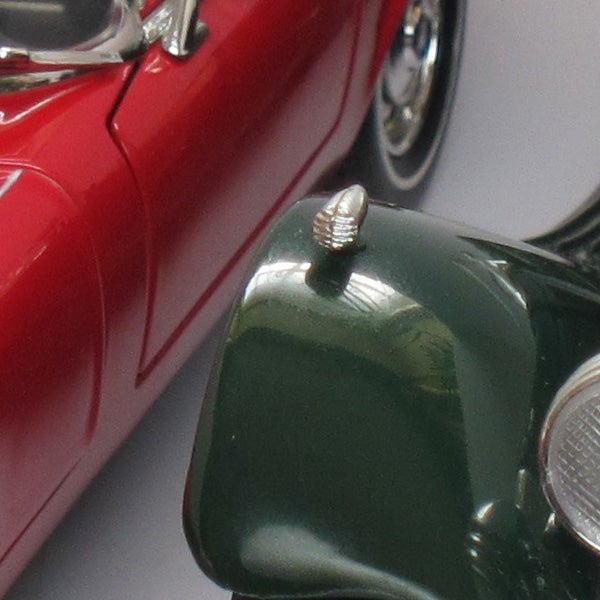 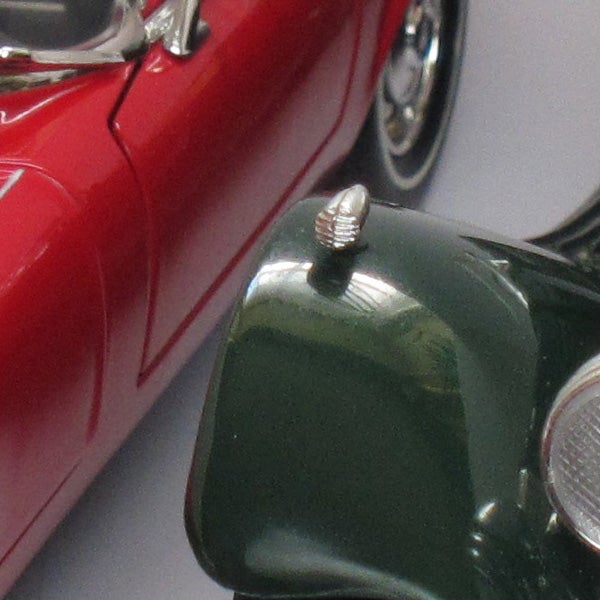 Good results at 400 ISO, with just a hint of noise. 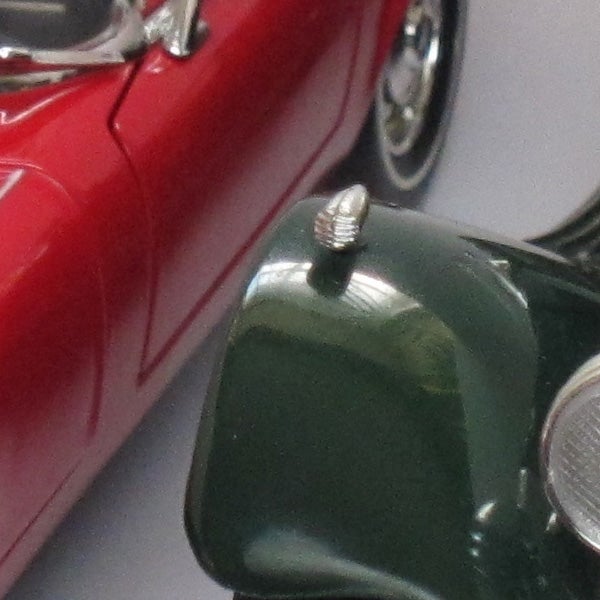 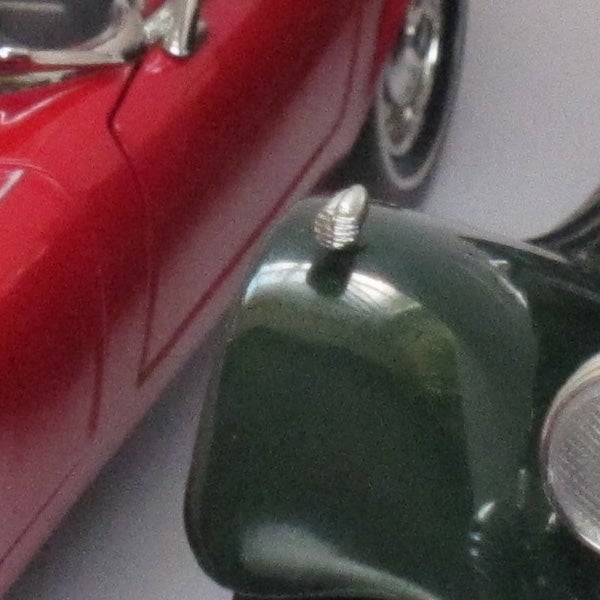 Detail is starting to disappear at 1600 ISO, but colour balance remains good. 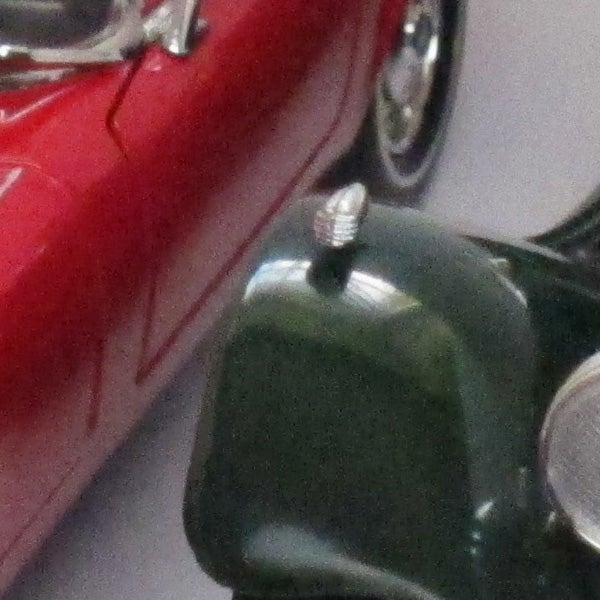 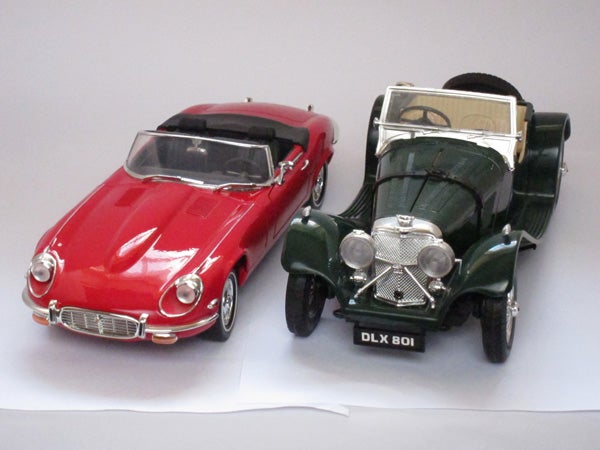 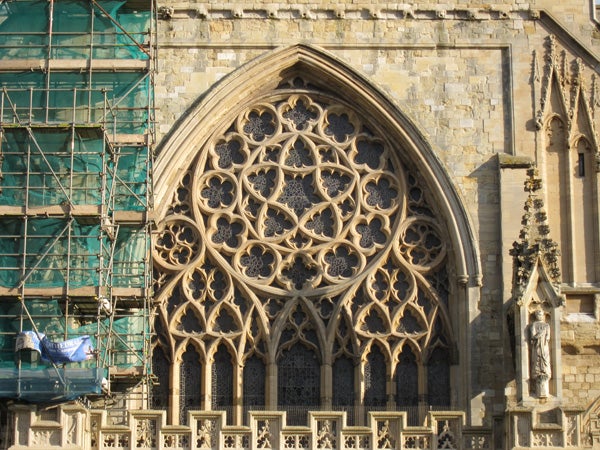 Here’s the usual detail test shot of the West Window of Exeter Cathedral, for you to compare with other cameras. See below for a full res crop, or click to see the whole picture. The downloadable file is approximately 3.3MB. 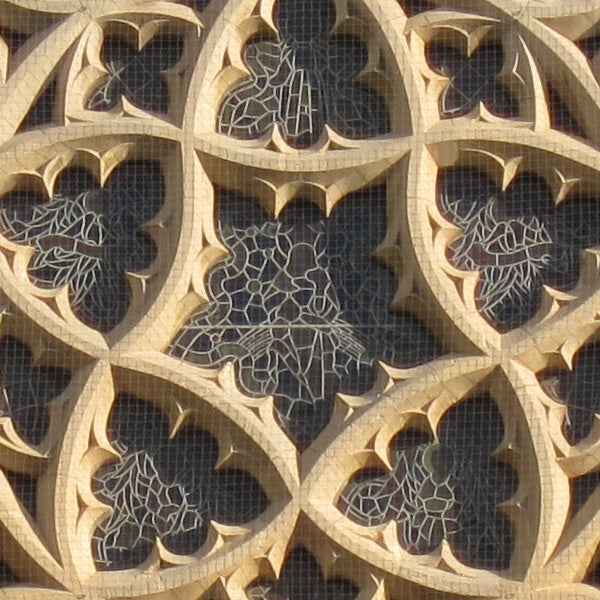 The lens and sensor work well together to produce tons of sharp detail, and the low compression makes sure it’s clearly visible. 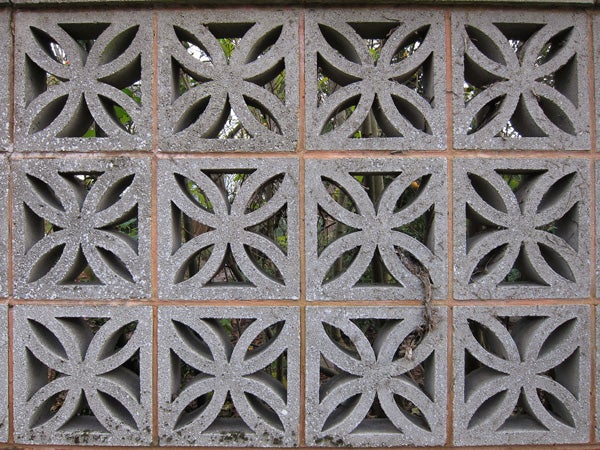 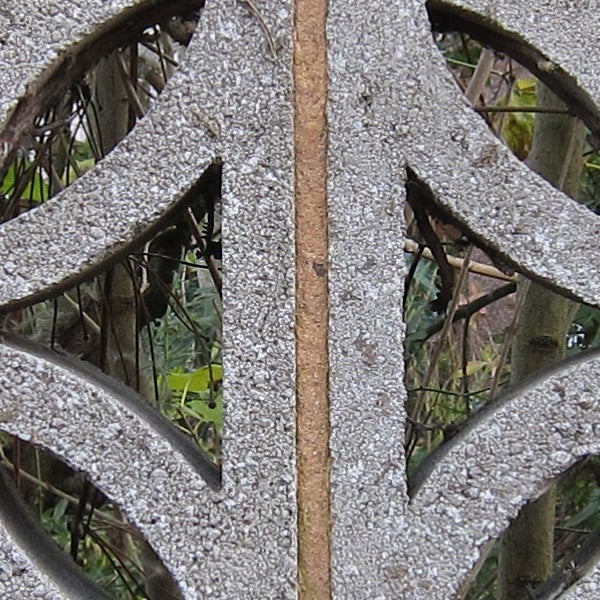 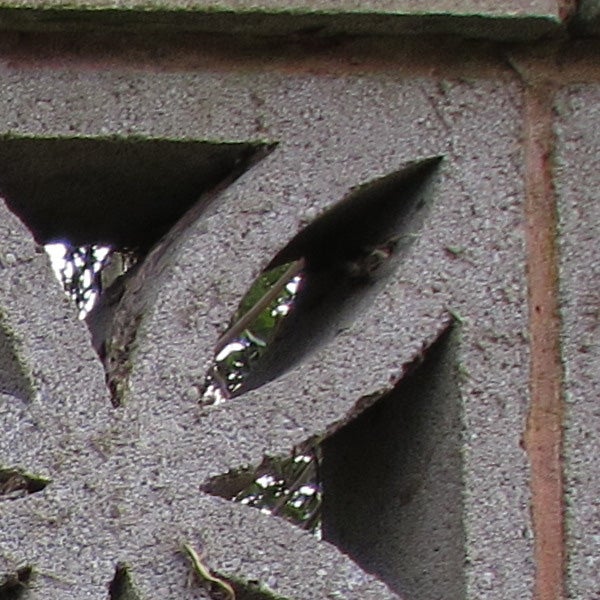 Corner sharpness is also very good, although there is a hint of chromatic aberration. 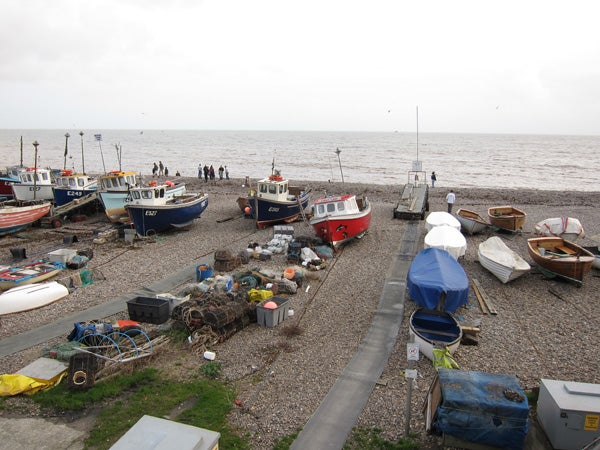 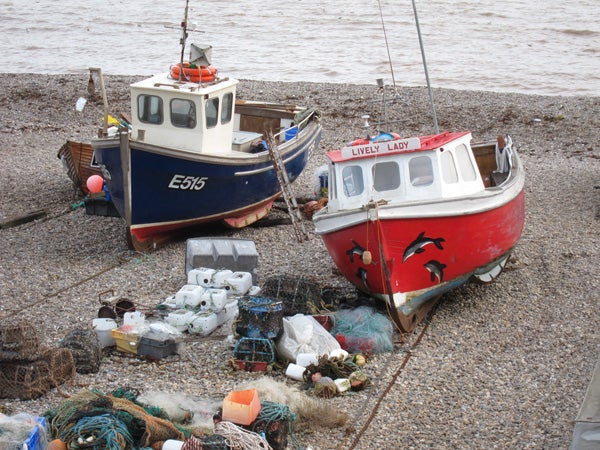 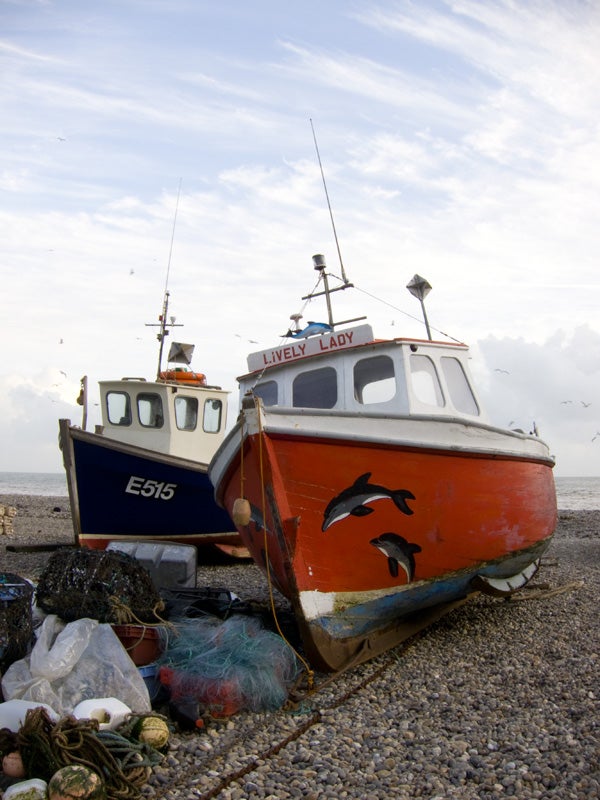 Colour rendition is excellent in this shot converted from a Raw file. 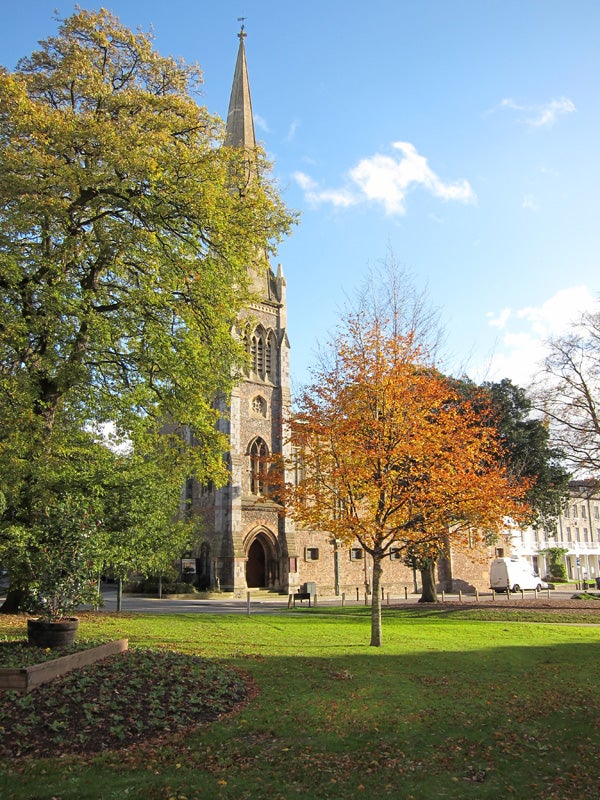 With the i-Contrast feature turned on there’s plenty of detail in the shadow areas of this shot. 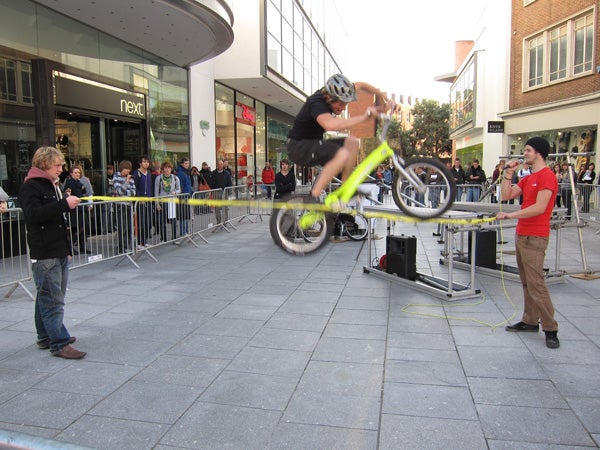 The quick AF system can catch even fast-moving subjects.