If you’re looking for a good super-zoom camera – that is, one with a zoom lens capable of more than 10x magnification – your choice is fairly limited, but that doesn’t mean it’s an easy decision. There are a couple of models that are worth avoiding, such as the disappointing Nikon CoolPix S10, and the Olympus SP-550UZ, but there are also several extremely good cameras, including the brilliant Fujifilm FinePix S9600 and the expensive but superb Panasonic Lumix FZ18. However one that should definitely be on your shortlist, and a camera about which I have answered more readers’ emails than any other, is the new Canon S5 IS. 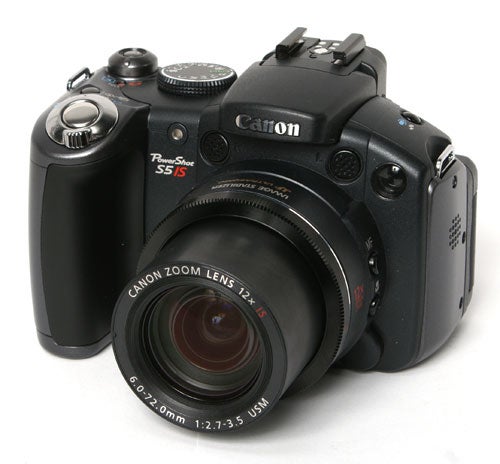 Canon has been on a bit of a winning streak lately. Not content with nearly half of the world’s digital SLR sales, it has recently updated virtually its entire compact camera range with outstanding new models, including this long-awaited replacement for the excellent and extremely popular S3 IS. Anyway, that’s quite enough superlatives already, so let’s take a look at the specifics. 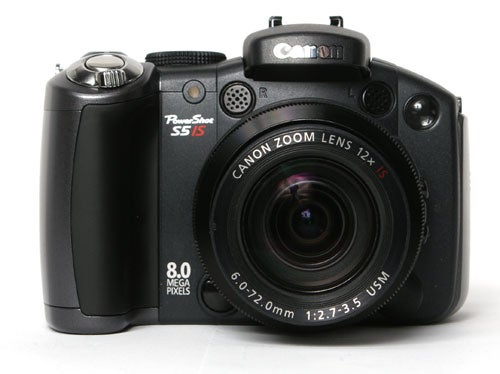 At first glance the S5 IS appears to be little changed from the design of its predecessor, and indeed this impression is not altogether misleading. This is not so much a new model as an update of the previous one, but while there are few changes they are not insignificant. The most important is a resolution boost from 6.0 megapixels to 8.0, although it still has the compact-sized 1/2.5-in CCD sensor. In addition to this it features Canon’s highly-regarded DIGIC III image processor and lens-based optical image stabilisation system. The lens itself is unchanged, but then the excellent f/2.7-3.5 36-432mm equivalent 12x zoom lens was a strong point of the S3. On the back of the camera the S3’s 2.0-in 115k flip-and-twist monitor has been replaced with a 2.5-in 207k screen which appears to be brighter and with higher contrast. Another significant change is the addition of a flash hot shoe, which will appeal to more advanced users, although these same users will no doubt be disappointed that there is still no RAW support, perhaps not that surprising considering the small sensor.

As you can see from the accompanying photos, the overall design and control layout is basically the same as the S3, although in fact the new camera is slightly larger, measuring 117.0 × 80.0 × 77.7mm against the S3’s 113.4 x 78 x 75.5mm. It is also significantly heavier, weighing a hefty 450g, not including the batteries. Since it runs on four AA cells these can add another 100g to the weight, so this in not a light camera by any means. The body is still high-impact plastic over a metal chassis, and is very solidly put together. The large and comfortable handgrip and generally SLR-like shape mean that the handling is as good as ever, and although the numerous and diverse array of controls may look cluttered and bewildering at first, in fact they are all sensibly placed for quick operation. One thing that isn’t so sensible however is the placement of the memory card slot. On the S3 this was a separate hatch on the side of the camera, but it has now been moved into the battery compartment. The battery hatch has a sliding latch, but it is a bit fiddly to open, and there is no separate latch holding the batteries in place. If you open the hatch to change the card, you have to take care that your batteries don’t fall out while you’re doing it. Also the hatch cannot be opened when the camera is mounted on a tripod. 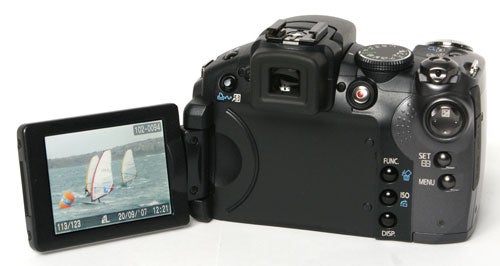 Like the S3 IS, the S5 is an amazingly versatile camera, and exploring all of its features would take more pages than I have here, so I’ll just mention a few of the highlights. Like the previous Canon super-zoom IS models, the S5 has a full range of manual exposure controls, with a shutter speed range of 15 seconds to 1/3200th of a second, and aperture values adjustable in 1/3EV increments to the minimum aperture of f/8.0. The maximum ISO setting has been increased from 800 to 1600, although as we’ll see this isn’t necessarily a good thing. Another addition to the features list is face detection, which it seems that no modern camera can manage without, and as usual it works well under ideal circumstances. 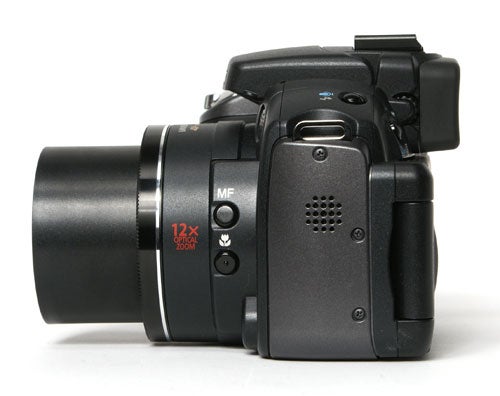 Another new feature that is useful for portraits is automatic red-eye correction in playback mode, which is a much better idea than the annoying pre-flash. As with other high-end Canon cameras the function button reveals an on-screen shooting menu that includes a wide range of pre-set colour adjustment options, plus a custom setting in which contrast, sharpness, saturation, colour balance and skin tone can all be adjusted. Colours can also be adjusted in playback mode. In shooting mode there is exposure bracketing, which is always useful, but also focus bracketing, which is both useful and unique. 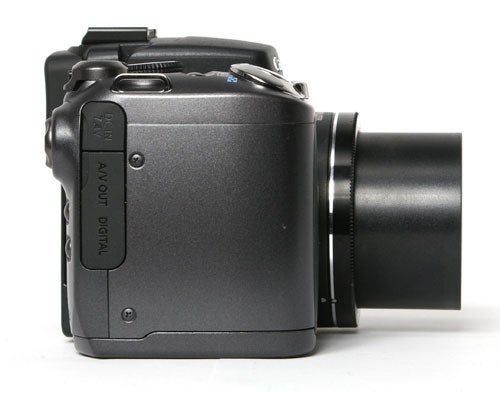 The S5 is also a highly capable video camera, with 640 x 480 resolution at 30 frames a second, or 320 x 240 at 60fps, and high quality stereo audio provided by two microphones mounted above the lens. The zoom lens can be used during video shooting, and is so whisper-quiet that it cannot be heard on the soundtrack.

As you’d expect from one of Canon’s flagship models, performance is exceptional. The camera starts up in just over one second and shuts down again almost as quickly. In single shot mode it can take a photo roughly every 1.6 seconds, which is about as fast as you can press the shutter button, while in continuous mode it can shoot at approximately one frame every 0.6 seconds, and can apparently keep that up until the memory card is full. Focusing is incredibly fast, in fact in good light it’s virtually instant and amazingly reliable. I used the S5 to shoot the British Olympic windsurfing team racing at Weymouth, and in over 120 shots of fast moving subjects at maximum zoom range on an overcast day it only missed the focus once, which is an astonishing performance. It also works well in low light conditions, with an AF assist lamp with a range of several metres. The image stabilisation system is as good as ever, and I was able to take shake-free hand-held shots at maximum zoom and a shutter speed of 1/30th of a second. Battery life will obviously depend on the type of AA cells that you use, but with a set of four 2300mAh Ni-MH batteries I have taken well over 300 shots with no sign of the battery level indicator so far. Image file sizes are large for an 8MP camera, averaging around 4.3MB at maximum quality and resolution, which means very little image compression, but also means that a 1GB SD card is enough for 286 shots. 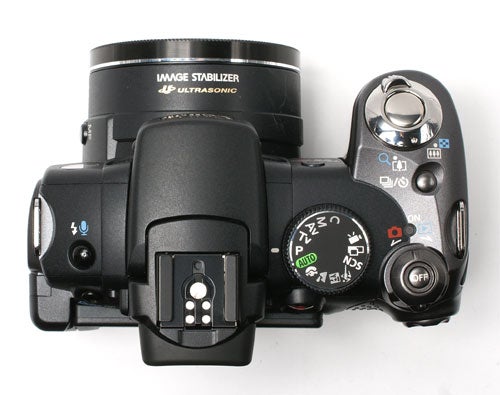 With all that performance and versatility it would be a shame if the image quality wasn’t up to scratch, wouldn’t it? Well, to be honest I was a little disappointed, mostly because I had such high expectations. The Canon S5 IS suffers from almost exactly the same problems as the Panasonic FZ18. It has a good lens, superb metering and autofocus, and one of the best image processors on the market, but it is somewhat let down by an inferior sensor. The tiny 1/2.5-in CCD produces good quality images at the minimum ISO setting, with good colour balance and dynamic range, but even at 100 IS0 there was some noise visible, and the 1600 ISO maximum setting was effectively useless. The lens generally performed well, producing little distortion at wide angle, but I was a bit surprised to see chromatic aberration and softness towards the edges of the frame. Don’t misunderstand me, the image quality is by no means bad; in fact it’s comfortably above average, it’s just not as good as I’d hoped. 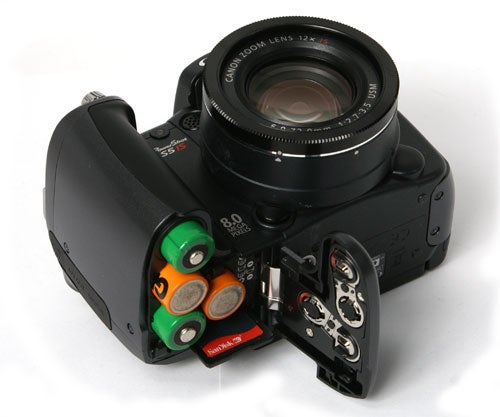 The Canon PowerShot S5 IS is unquestionably the most versatile digital camera on the market, with a powerful high quality zoom lens, superb image stabilisation, class-leading performance and what may be the best AF system on the market. It has a huge range of features, including a video mode with full zoom lens and stereo audio. It is slightly let down by the small sensor and its inherent noise problems, but it is still an outstanding camera by any standard. 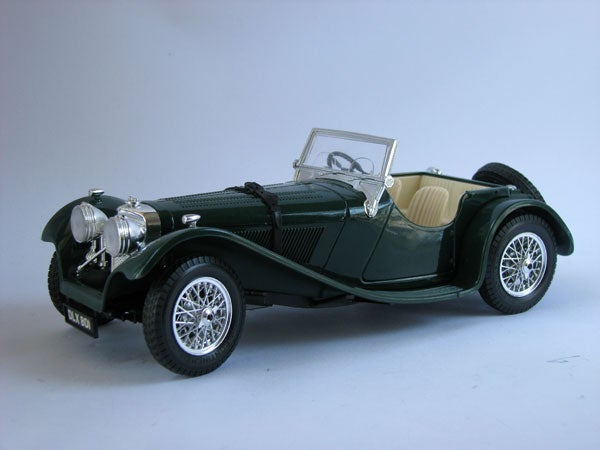 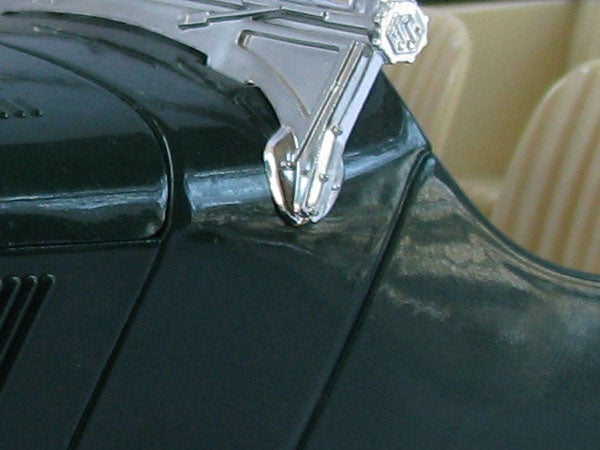 At the minimum setting of ISO 80 the image quality is superb, with a high level of detail and no image noise. 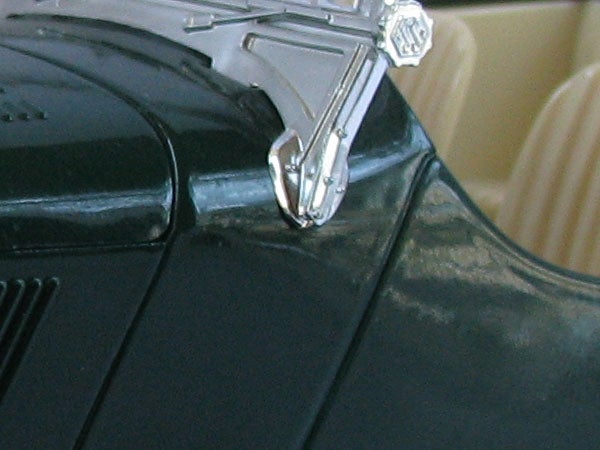 Already at ISO 100 the is some image noise visible, although it is very fine-grained. 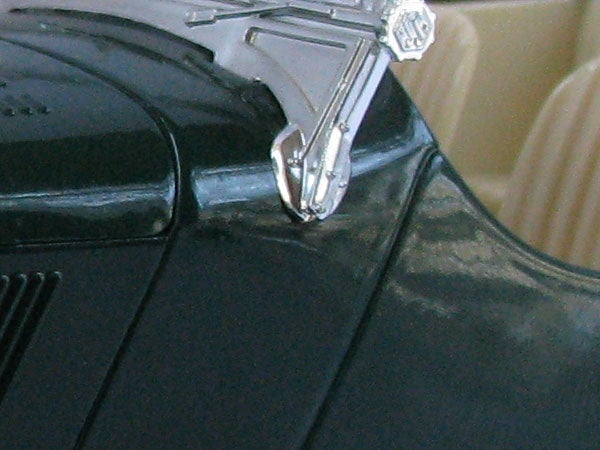 The noise level is slightly higher at ISO 200. 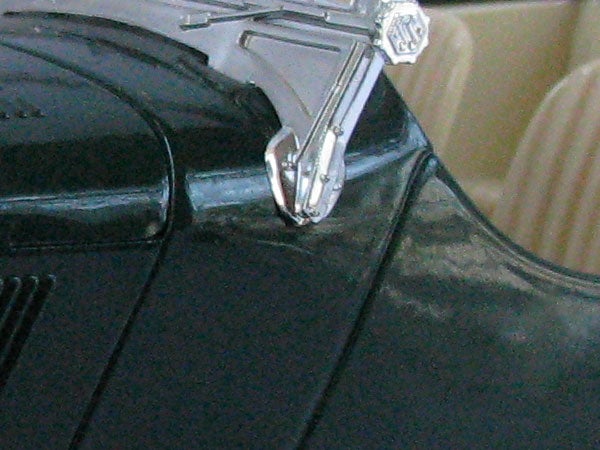 Colour and luminance noise are both noticeable at 400 ISO. 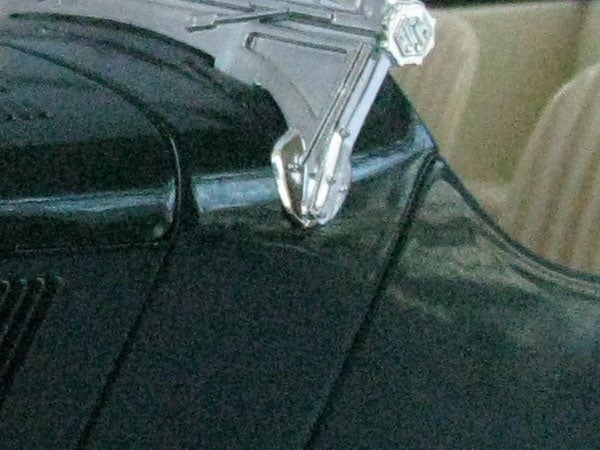 At ISO 800 the noise reduction system has reduced some of the colour noise, but the image quality is still rather poor. 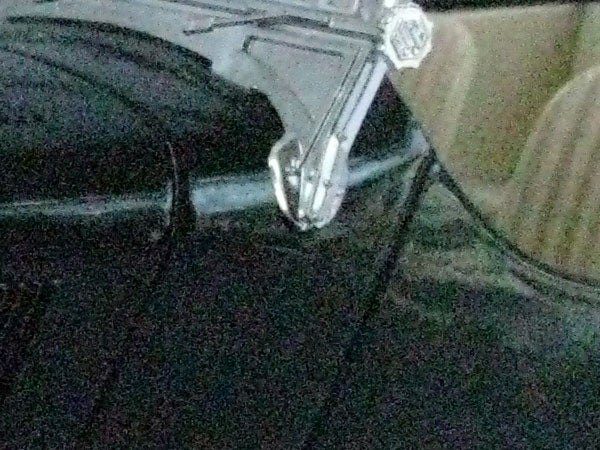 A lot of detail is lost at ISO 1600, and the image is pretty much unusable. 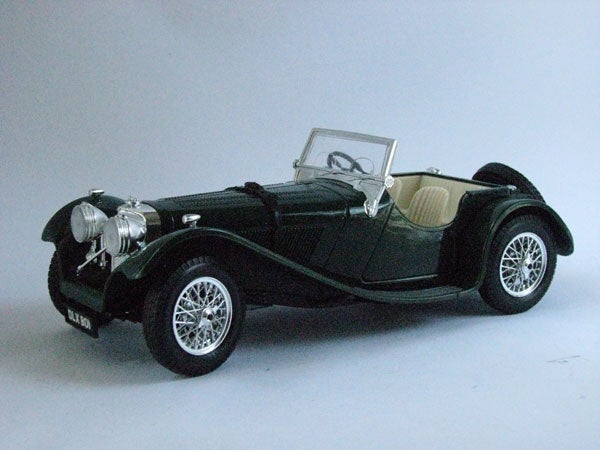 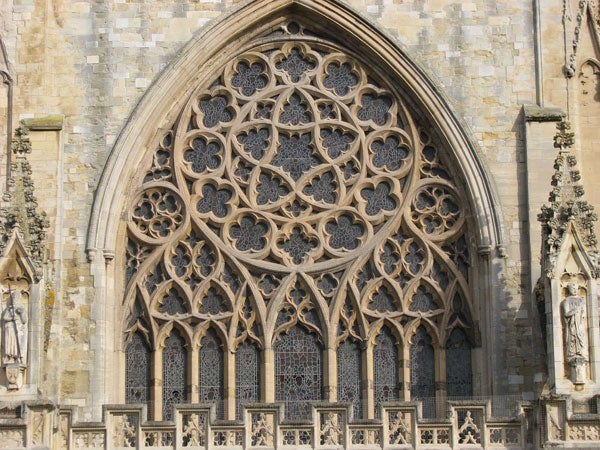 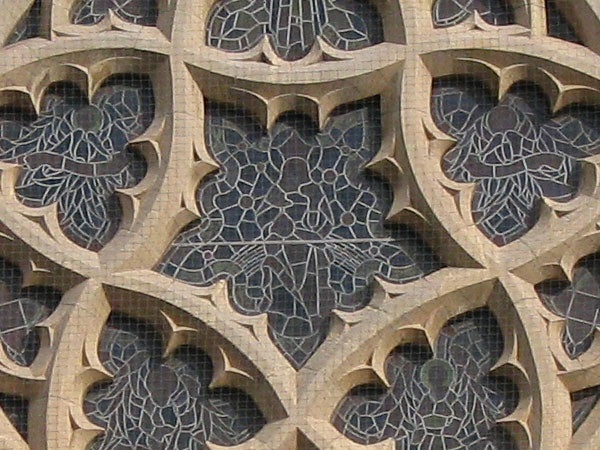 The level of detail near the centre of the frame is very good for an 8MP camera. 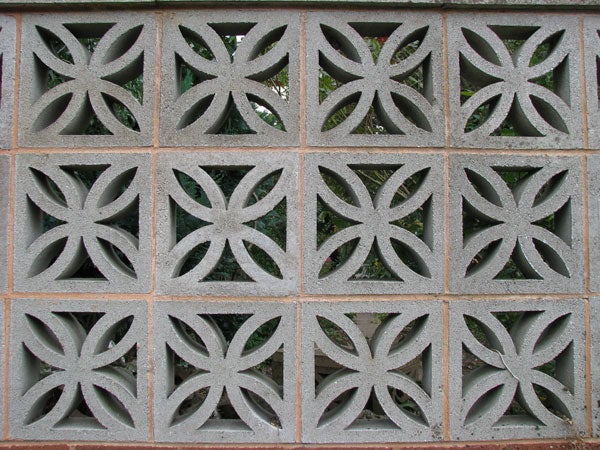 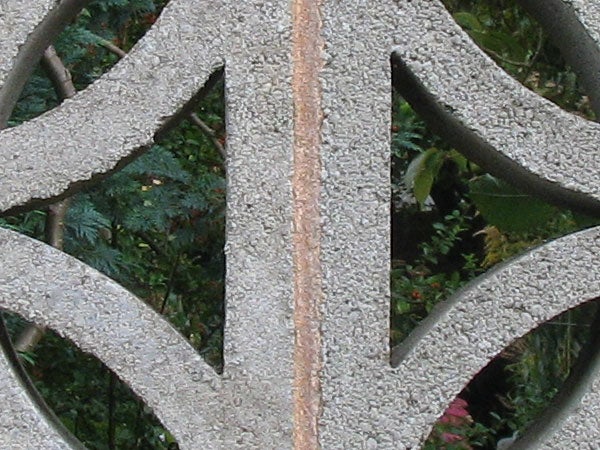 The centre of the frame is nice and sharp, with good detail. 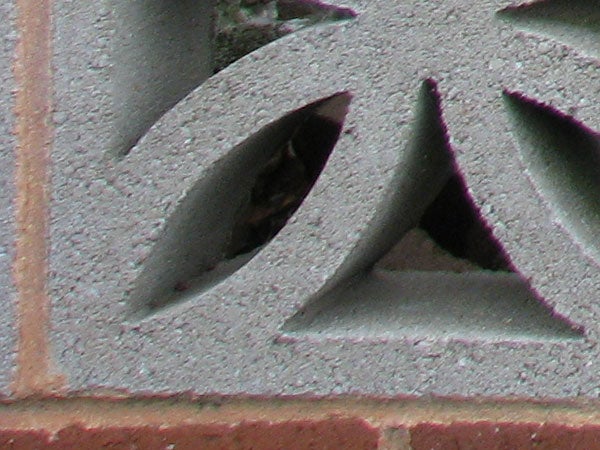 There is some blurring and chromatic aberration at the edges of the frame. 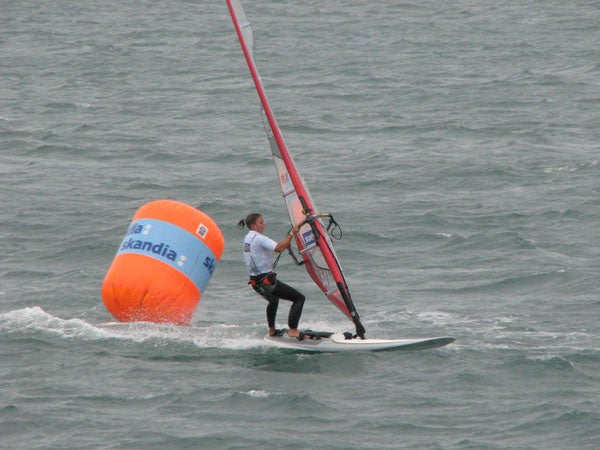 Shot at maximum zoom, this is one of Britain’s Olympic wind-surfing team. She was moving very fast crossing the finish line, but the S5’s AF system caught the shot perfectly. 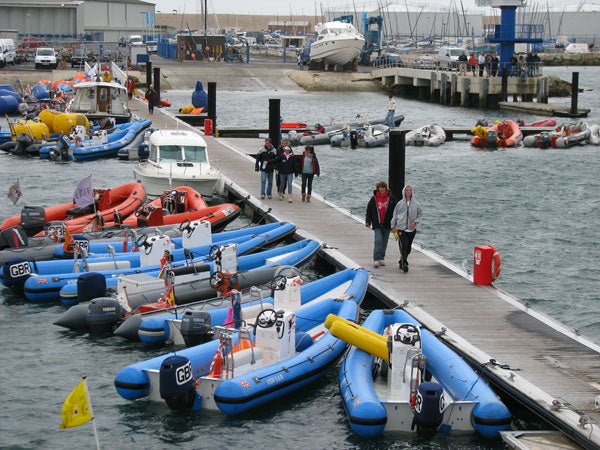 Colour rendition and detail are first rate at 80 ISO. 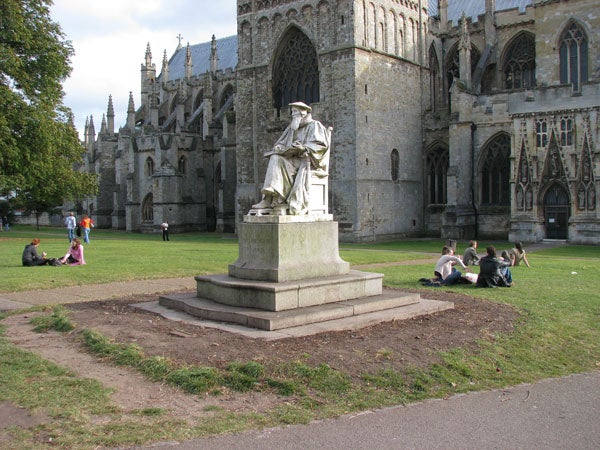 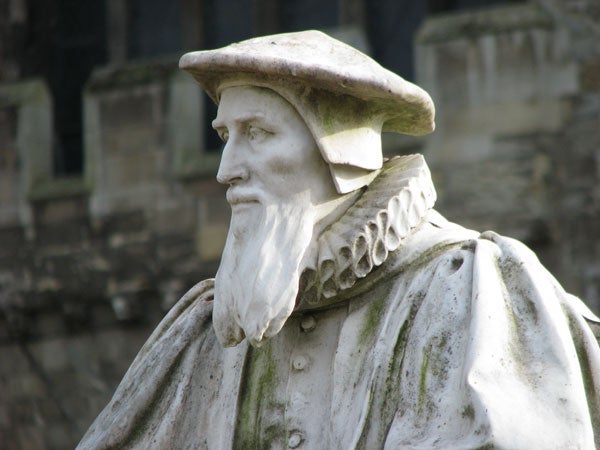 The telephoto end is equivalent to 432mm, great for picking out details.