Much in the same way that there isn’t a great deal between the G16 and its predecessor in terms of specification, the two are incredibly similar in terms of design. This isn’t a bad thing as, much like the G15, the G16 is incredibly well designed.

The first thing that strikes you when you lift the camera up is the general build quality. Thanks to a nearly all-metal construction – barring a plastic top plate – the G16 is pleasingly sturdy while managing to maintain a light and compact feel. 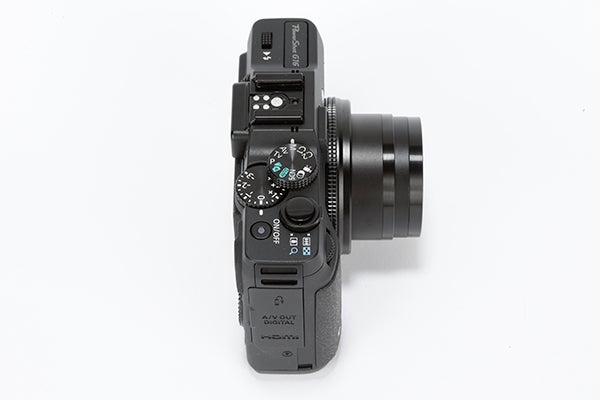 The G16’s body also benefits from a handgrip that, while not the most substantial on a camera in its class, still manages to offer an assuring hold thanks to its rubber coating in combination with a rear thumb rest.

As for the controls based around the camera, on the whole they feel intelligently laid out and, perhaps most pleasingly, the majority of them can be accessed while operating the camera one-handed.

In terms of the differences of the G16 in comparison to the G15, the only real change is that the former is slightly taller than its predecessor.

This extra height doesn’t spoil the look and feel of the camera however, and is no doubt a necessary modification owing to the new addition of Wi-fi technology 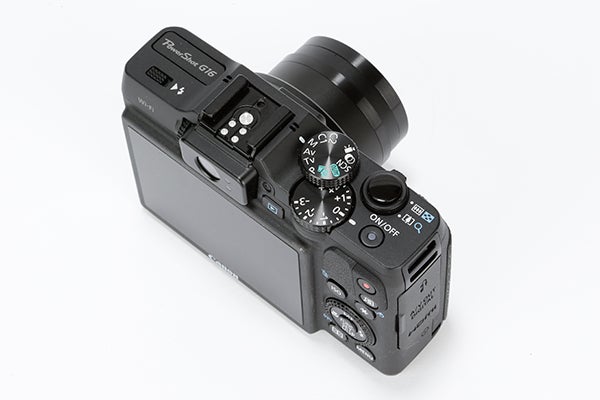 If you’re looking to invest in an advanced compact camera, the chances are that you’re going to expect a high level of performance. However, as some recent advanced compacts have shown – most notably the Nikon P7800 – this isn’t always the case.

The good news is that the Canon G16 delivers an impressive level of performance across the board.

To begin with, the camera’s autofocus system operate pleasingly quickly in a host of lighting conditions, managing to deal with even low-light scenes with relative ease.

The G16’s autofocus tracking system is a particular highlight, managing to both locate and then follow subjects in the frame with unerring accuracy. 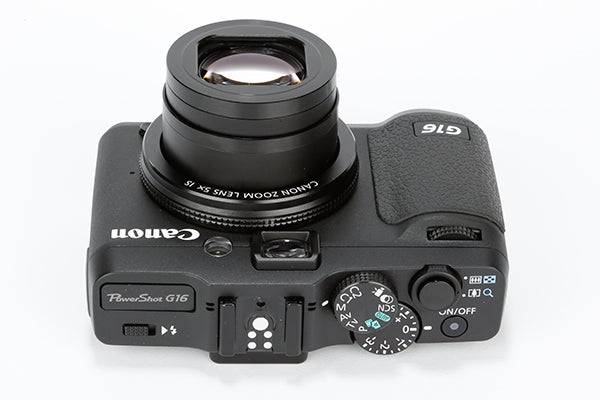 The enhancement of the G16’s video capture mode is also a welcome addition, with the 60fps frame rate offers a noticeable jump especially when capturing fast-moving subjects.

Outside of the camera’s AF performance, the general operational speed is also pleasing. The camera can go from dormant to ready to capture in under two seconds, and then maintain a shot to shot speed of just over 1.3 seconds, noticeably only slowing marginally when shooting Raw and JPEG files.

The headline continuous shooting speed is an impressive 12.2fps, and although that only allows for capture of 5 images this is an acceptable compromise for such a high capture rate.

Furthermore, the secondary continuous shooting speed of 5.7fps offers a much fuller burst depth and thus places it some way ahead of some competing advanced compacts.

One potential performance pitfall is the camera’s battery life, owing to the relatively small 920mAh li-ion battery employed here. However, Canon’s claim of around 360 shots on a single charge was largely met during testing.