Since digital cameras were first developed in the late 1980s, sensor resolution has increased continuously every year, and almost every new camera or update of an existing model has featured a more powerful sensor. However there’s a point at which simply adding more megapixels ceases to have any real benefit, and in fact can have a negative effect. Cramming more photocells onto a tiny compact camera sensor means those photocells have to be smaller, and are therefore less efficient at capturing light, especially at low light levels, leading to reduced dynamic range and more noise at higher ISO settings.


The the camera manufacturers have spent millions on marketing to convince us that more megapixels means a better camera, which makes it a very it’s a brave decision by Canon to buck the trend and actually reduce the sensor resolution of its flagship compact camera, the new PowerShot G11. The previous model, the PowerShot G10, had a 14.7-megapixel 1/1.7-inch CCD sensor and was widely criticised for its inferior image quality. Canon has listened to critics and to feedback from users, and for for the G11 the sensor resolution has been reduced to 10.0 megapixels on the same sized chip, with increased pixel pitch and improved light sensitivity. Canon is obviously hoping that sacrificing of image size for better quality pays off. 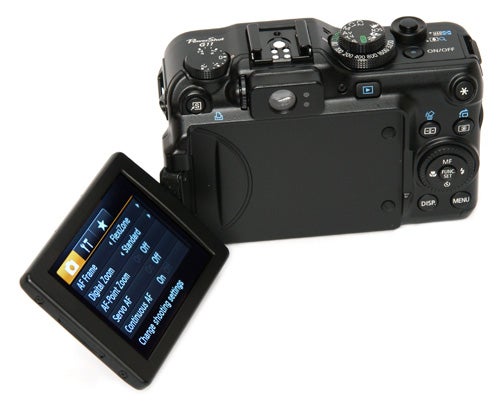 The PowerShot G series has been the flagship of Canon’s compact camera range since 2000, and has always been a popular choice with enthusiast and semi-pro photographers. The G11 shares many of its features with the G10, including its 5x zoom image-stabilised f/2.8-f/4.5 lens (equivalent to 28-140mm). The body design is also very similar to the previous model, with a tough metal and plastic shell, large chunky controls and a comfortable textured handgrip. The G11 is never going to win any beauty contests, but the design has a functional ruggedness that will appeal to the more serious photographer. This is not the kind of camera that is ever going to be available in pink.

The sensor isn’t the only new feature of the G11 to be guided by public opinion. It also sees a welcome return of the fully articulated sensor, a popular feature of many G-series cameras, but missing from the last couple of models. In this case it’s a big 2.8-inch screen with an ultra-sharp resolution of 461,000 dots and a very effective anti-reflective surface, and can twist and pivot around its side-mounted hinge to point in almost any direction, including folding shut with the screen against the camera body for protection. 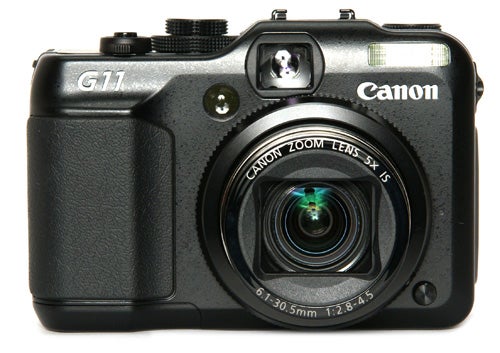 I’m fairly sure there would be rioting in the streets if Canon ever got rid of the optical viewfinder that has always been a feature of the G series. As compact camera viewfinders go its a pretty good one, with a large eyepiece and dioptric correction, but it only has around 80 percent frame coverage, and the hard plastic surround of the eyepiece will cause concern to those of us who wear glasses. 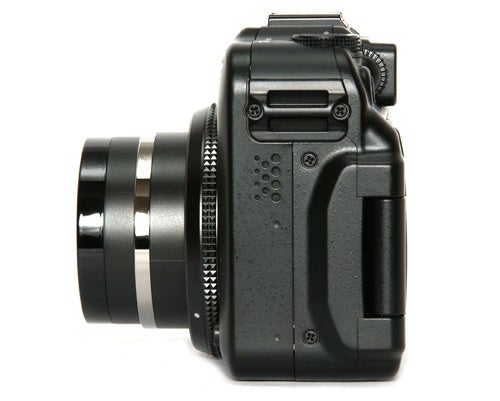 The body of the G11 is festooned with controls, featuring no fewer than four dials, ten buttons and a D-pad. Metering mode, AE lock and AF point selection get dedicated buttons, while ISO setting and exposure compensation get their own manual dials. The G11 has a rotary dial around the D-pad which is used for adjusting exposure settings as well as for menu navigation. As I’ve remarked before I don’t really like these type of controls, but this one is particularly well implemented. It is just stiff enough to resist accidental jogging, and has a distinct click when turned, giving a useful tactile feedback. It also has no default adjustment in shooting mode, so even if you do jog it it doesn’t cause any problems It’s a massive improvement over the rotary wheel on the PowerShot S90. 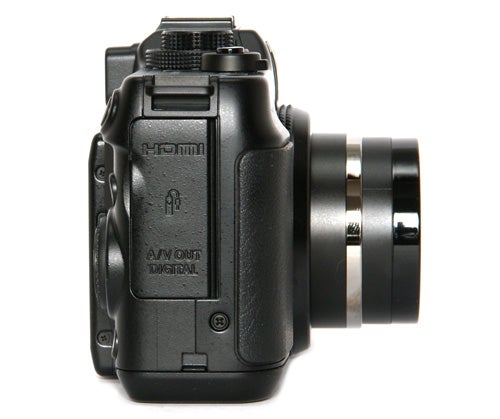 As you’d expect from a £450 semi-pro camera the G11 is loaded with advanced features, including full manual exposure control, with shutter speeds of 15 seconds to 1/4000th of a second and a minimum aperture of f/8.0. However although it is extremely well equipped, the G11 doesn’t offer many additions to the features found on the G10. One new addition is manually adjustable automatic white balance, useful when shooting under unconventional lighting such as the new energy-efficient fluorescent light bulbs.

The G11 is powered by Canon’s powerful DIGIC 4 processor, giving it exceptionally fast performance. It starts up in under one and half seconds, and shuts down in under two. The shot-to-shot time in standard JPEG single-shot mode is a respectable 2.2 seconds, or 2.6 seconds in Raw mode. In continuous JPEG mode it can manage just under 1.1 frames a second, and appears to be able to keep this up indefinitely. In Raw mode it is slightly slower at 1fps, but again the buffer is large and fast enough to keep this up until the card is full. There is also an AF continuous mode which is a little slower at approximately 0.7fps. 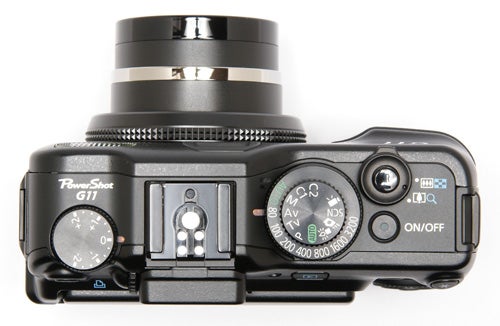 Unlike many recent compacts the G11 doesn’t have HD video recording capability. It records video at 640 x 480 resolution at 30fps with mono audio via an internal microphone. The zoom lens cannot be used while recording, but it does have a stepless digital zoom in video mode.


Canon is well known for the excellence of its autofocus systems, and the G11 does nothing to spoil the batting average. It has centre spot, multi-zone AiAF and selectable point AF, as well as a sophisticated face detection and tracking system. In all modes it is very fast and accurate, and low light focusing is also very good, thanks to an exceptionally bright and well-focused AF assist lamp with a range of well over five metres.


The G11 has a different flash to the G10, and it is a much more powerful unit. The spec sheet claims a maximum range of an impressive seven metres at wide angle, but if anything this is actually errs on the side of caution. Shooting indoors at 100 ISO I found it would easily fill a 30-foot room with light.


Of course the big question is whether Canon’s gamble with the G11’s sensor resolution has paid off; as you’ll see from the accompanying sample shots the answer is an unqualified “yes”. The G11 is capable of shooting outstanding images under virtually any conditions, metering and focusing are consistently accurate and its dynamic range and high-ISO noise control is a vast improvement over the G10. It will consistently produce usable shots at 1600 ISO, and at lower ISO settings the image quality is as good as anything on the market. 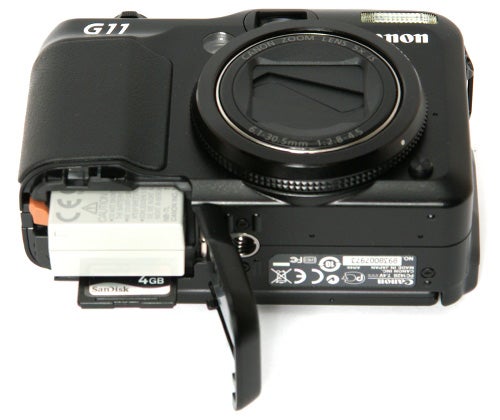 The only negative points are that the lens does show some barrel distortion at wide angle, and a surprisingly large amount of chromatic aberration towards the corners of the frame. Shooting in Raw mode these can be easily corrected, but they are annoying flaws in what is otherwise a totally brilliant camera.

Canon has taken something of a risk by reducing the sensor resolution of the PowerShot G11, but it has paid off handsomely. The G11 all of has the build quality, features and performance for which the G-series is rightly renowned, and the image quality is as good as a small-sensor compact is ever likely to get. Restored to its rightful place, the G11 is one of the two or three best compacts currently available. 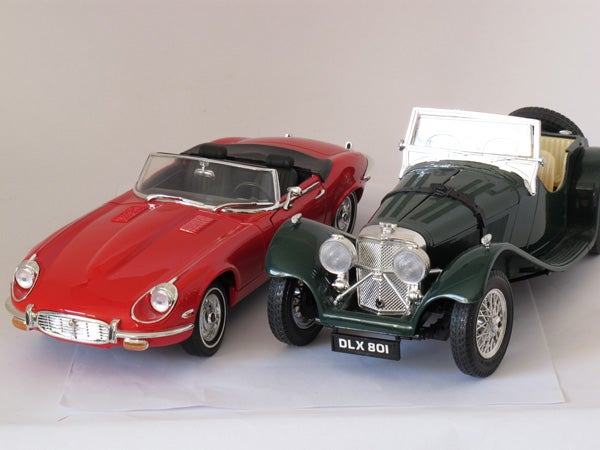 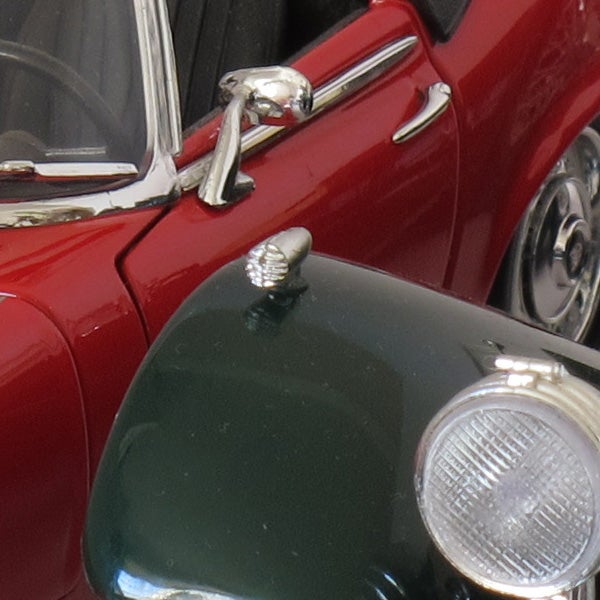 At the minimum ISO setting the image quality is completely flawless. 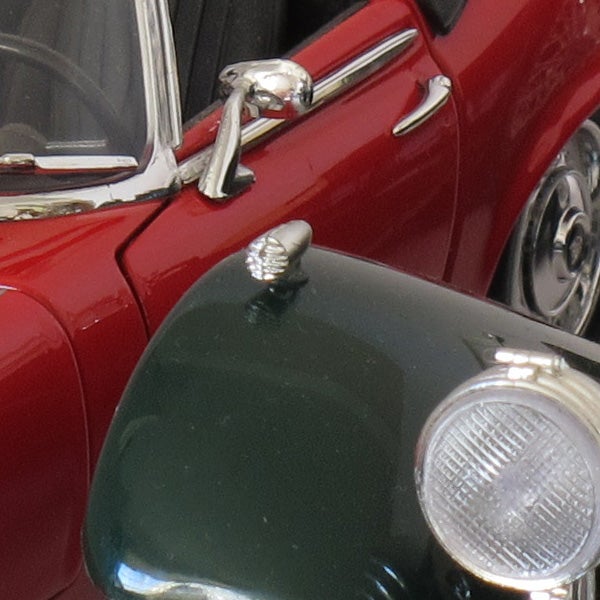 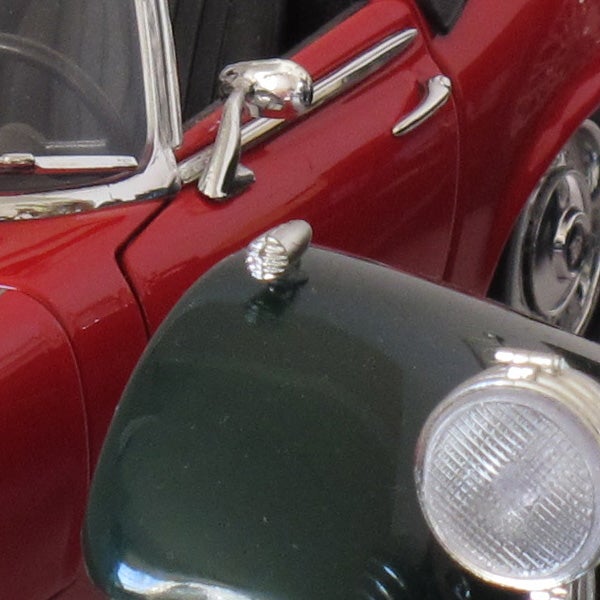 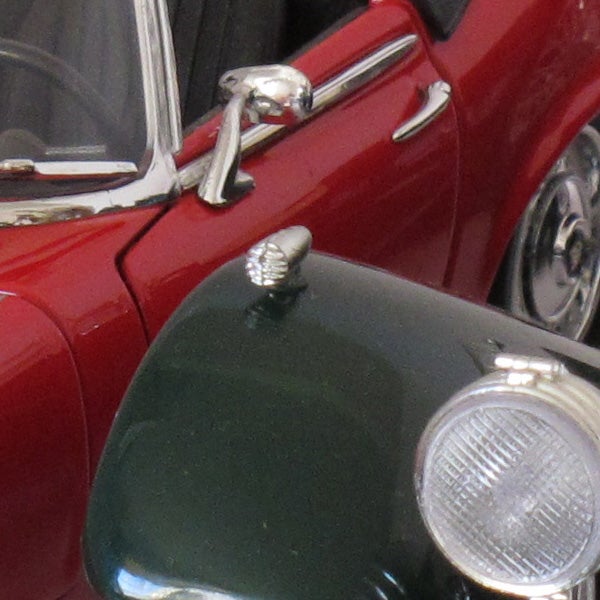 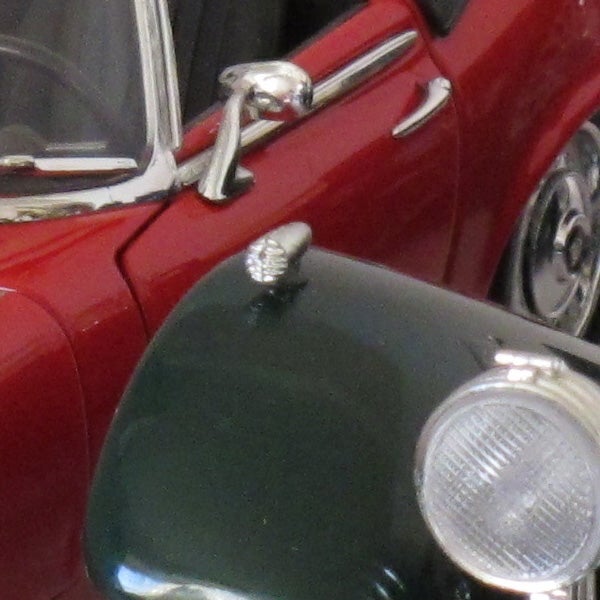 There is a light dusting of noise across the image at 800 ISO, but overall quality is still excellent. 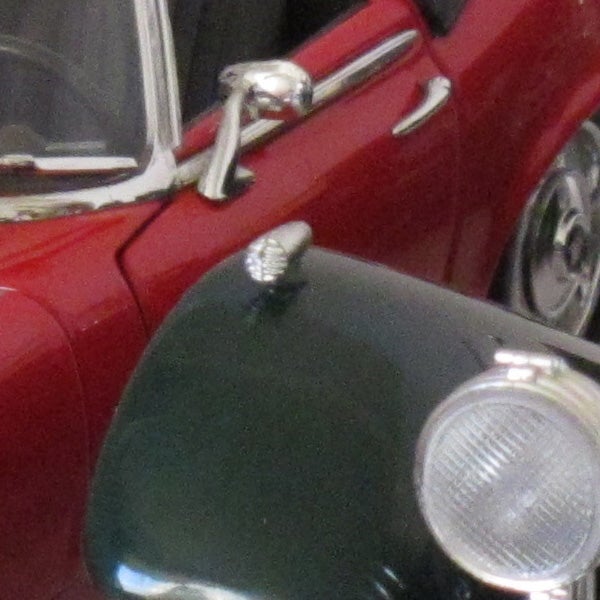 Slightly more noise at 1600 ISO, but the image is still perfectly printable. 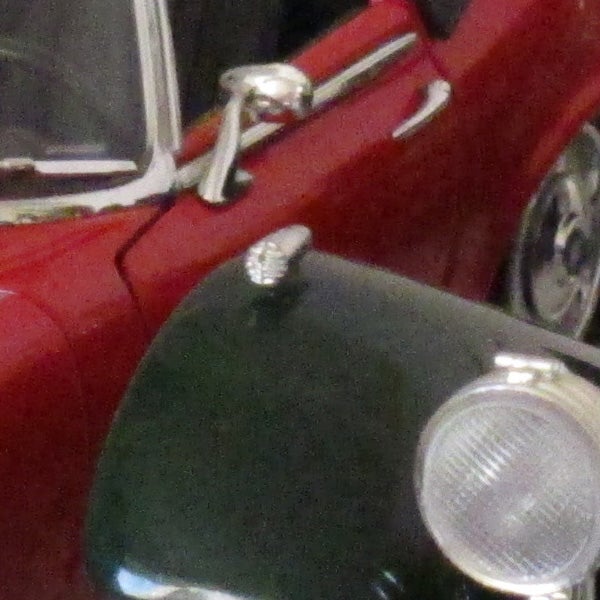 At 3200 ISO the noise finally wins over the fine detail, but overall colour is still good. 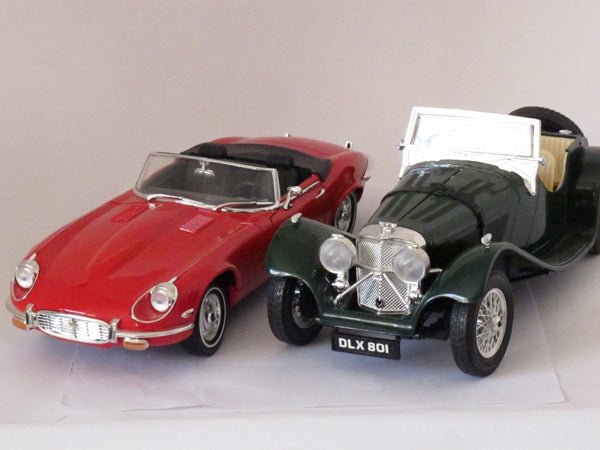 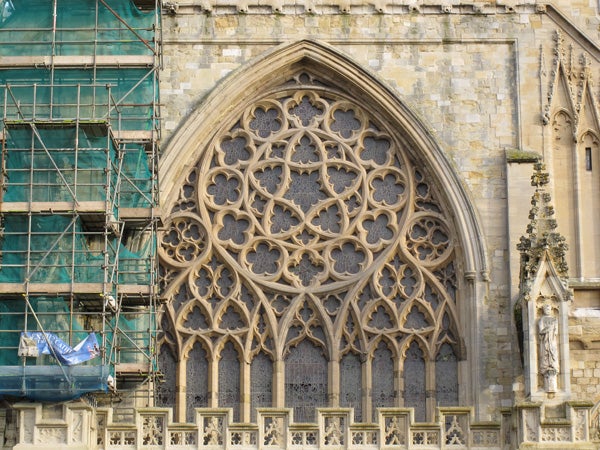 Here’s the usual detail test shot of the West Window of Exeter Cathedral, for you to compare with other cameras. See below for a full res crop, or click to see the whole picture. The downloadable file is approximately 3.2MB. 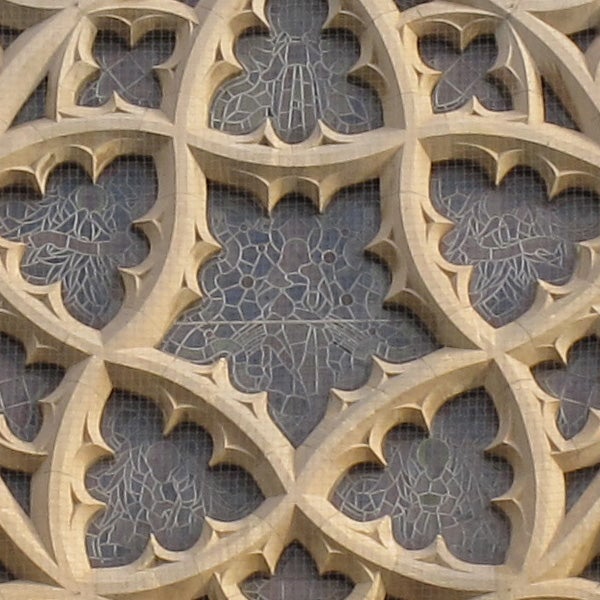 The image may be smaller than the G10, but the level of fine detail is just as good. 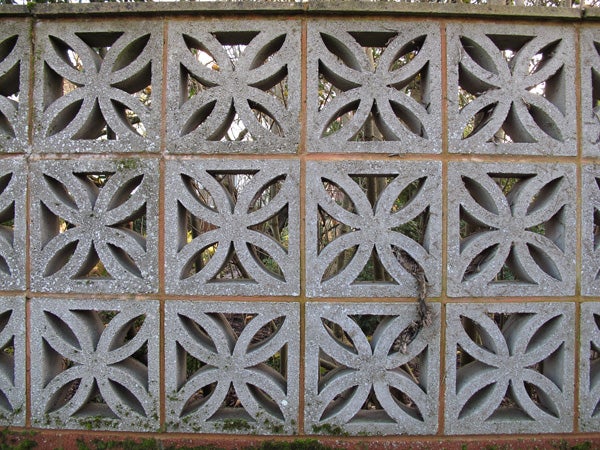 The lens does still produce barrel distortion at wide angle, but it’s easy enough to correct. 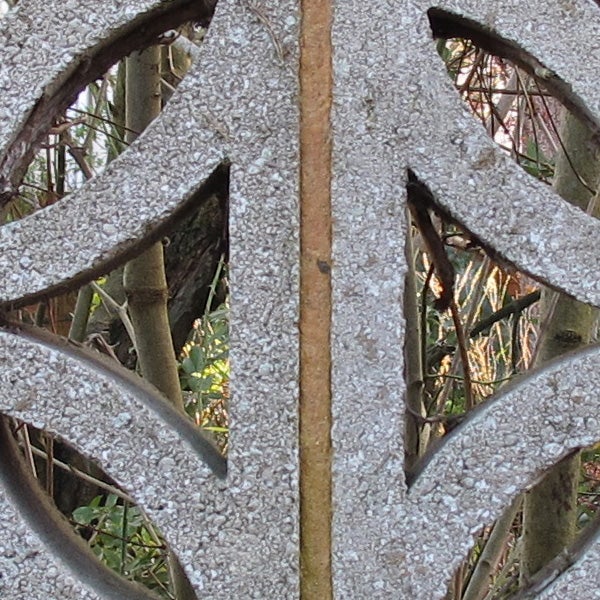 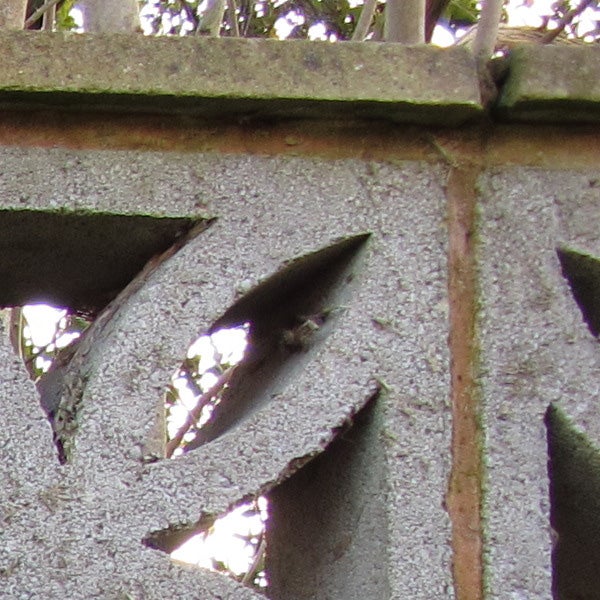 The corner of the frame is also nice and sharp, but does show some chromatic aberration. 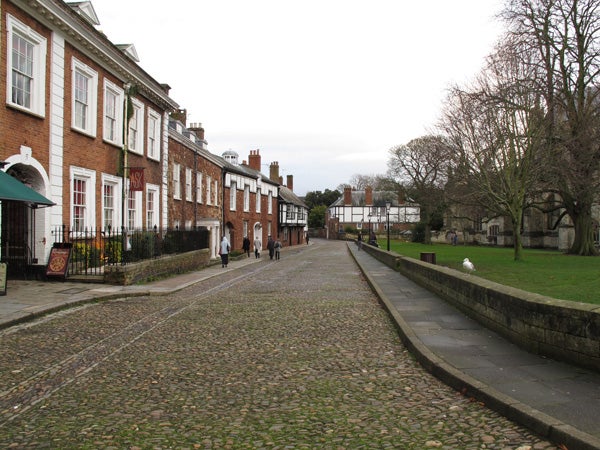 (centre)The wide-angle end of the zoom is equivalent to 28mm.(/centre) 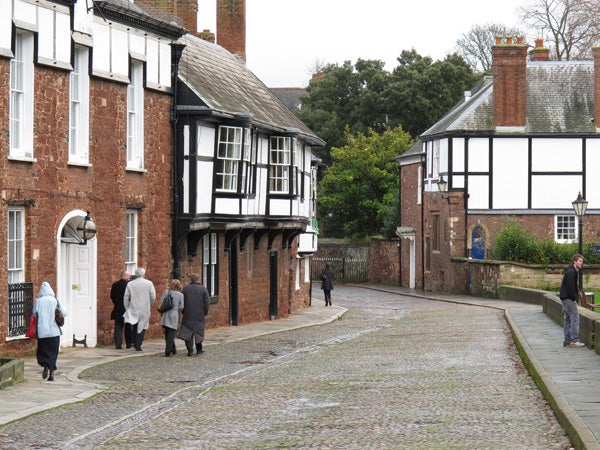 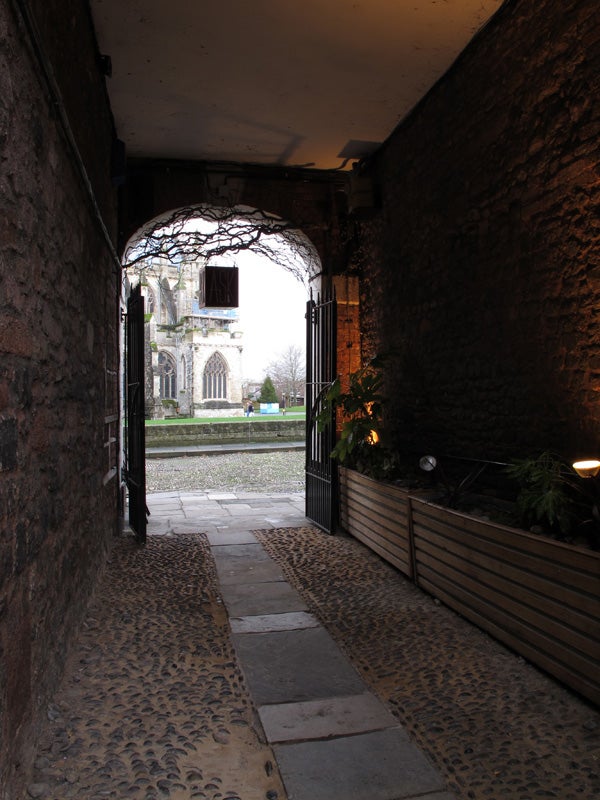 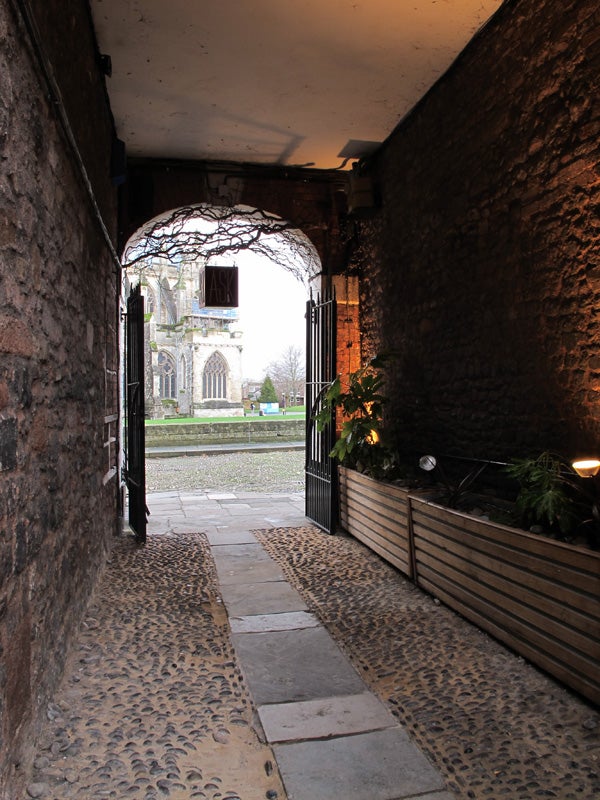 (centre)This was taken from the same position in i-Contrast mode. As you can see there is a lot more shadow and highlight detail.(/centre) 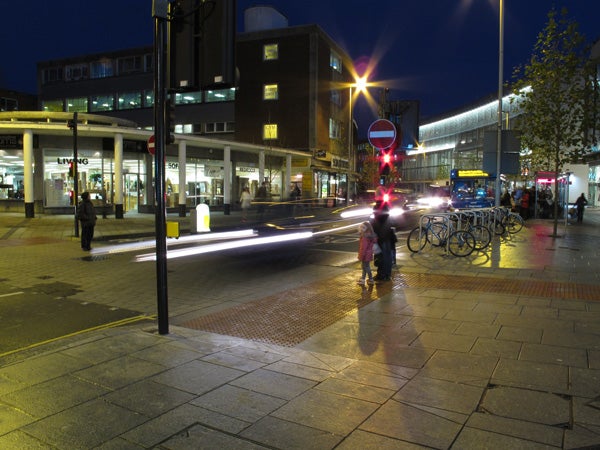 (centre)This shot is well controlled, even managing to bring out the colour from the tree,

while not overdoing the more intense light sources (the six-blade diaphragm turns them into 6-point stars).(/centre) 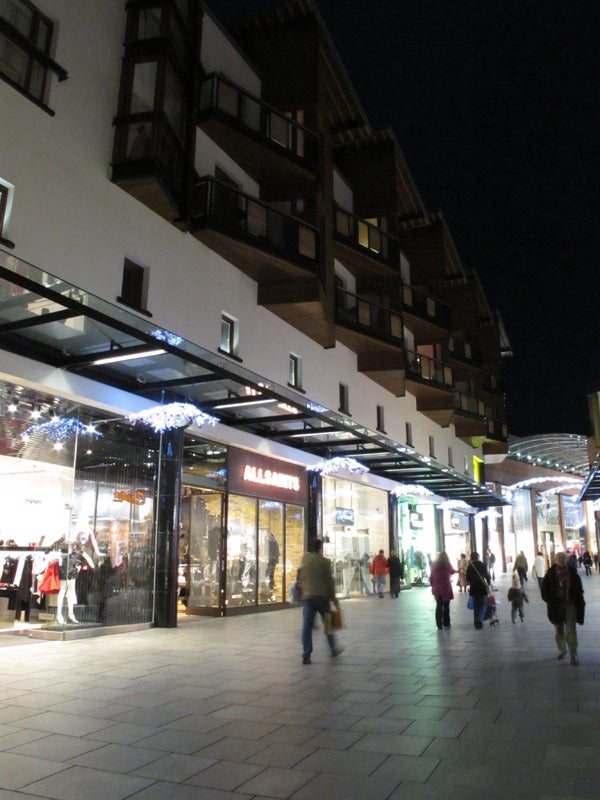 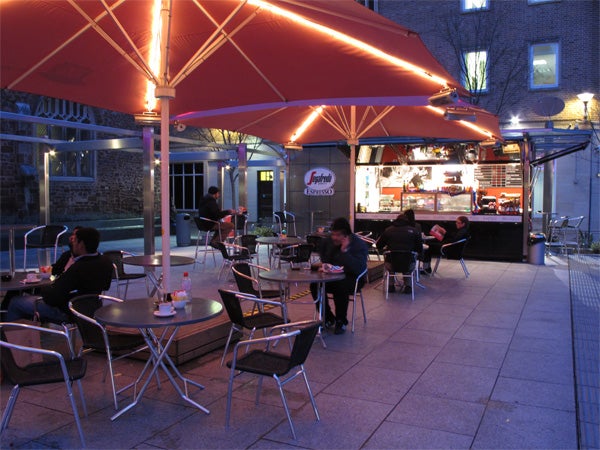