Canon’s second go at the G1 X – A closer look

The Canon PowerShot G1 X Mk II succeeds the original G1 X as the top model in Canon’s acclaimed PowerShot compact camera line-up. It has a redesigned body and several interesting tweaks to the specification.

We visited Canon’s UK offices ahead of its launch to take a closer look at the new flagship PowerShot.

The emergence of a next-generation camera model can often herald a complete overhaul in terms of spec. However, the Canon PowerShot G1 X Mk II brings incremental improvements.

Perhaps the most notable of these changes is to the camera’s AF system. Out goes the 9-point AF system and in comes an all-new 31-point set-up.

In theory the Canon PowerShot G1 X Mk II’s autofocus set-up should improve focus accuracy and speed, and during our time with the camera I found this to be the case. Focusing speeds were noticeably faster than the G1 X, managing to lock in on a subject in a much shorter length of time.

However, this might be in part down to the new processor. The Canon G1 X Mark II features Canon’s latest DIGIC 6 processor that, according to Canon, is 2.6x faster than the previous DIGIC 5 version. It should also benefit the camera’s handling of noise at higher ISO settings. 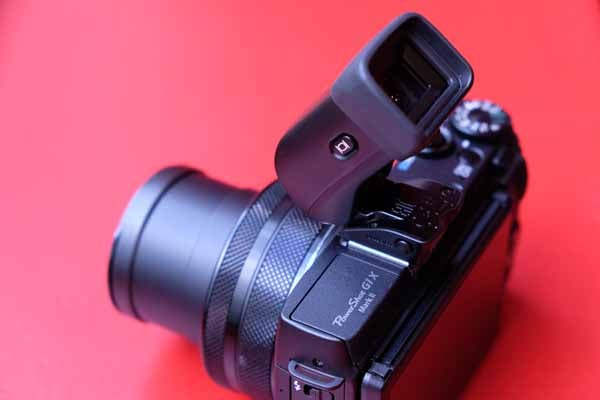 This is another indicator that the G1 X Mark II should be a capable performer in low light conditions, although we were unable to properly test this out as we only got to test drive a pre-production unit.

The LCD screen on the rear of the Canon PowerShot G1 X Mk II sees a slight bump in resolution compared to its predecessor, rising from 921k dots to 1040k dots. It retains its touchscreen functionality, and I found its responsiveness to be up there with Canon’s entry-level DSLRs. 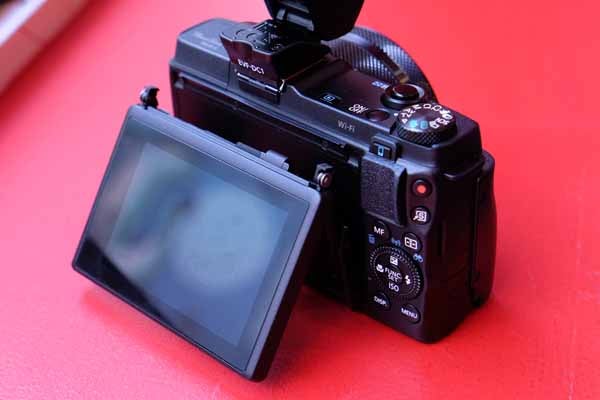 The Canon PowerShot G1 X Mark II also tries to build on the wireless functionality of its predecessor. You now get NFC connectivity as well as Wi-Fi, and a new one-touch Wi-Fi access button located next to the thumb rest. It makes Wi-Fi connectivity a breeze, although we’ll explore this more in the full review. 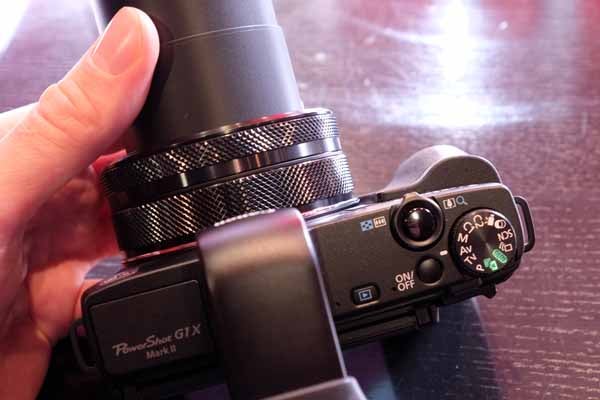 The G1 X Mark II has a slightly different focal range to the first version. The lens now offers a 5x optical zoom starting at a wide-angle of 24mm, up from a 4x zoom.

The lens itself is particularly chunky in the hand, perhaps in some part due to the new extra-wide-angle end. However, it is well-engineered, and the lens’s two textured manual control rings make the Canon PowerShot G1 X Mark II feel robust. 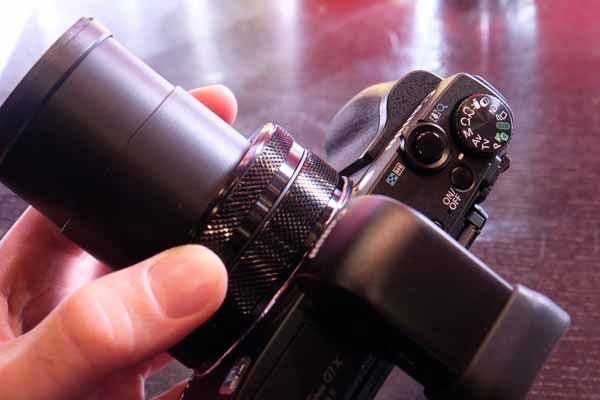 One of the other main features of the camera’s design is a new, more substantial handgrip. While it does offer a secure hold of the camera, to my eye it protrudes far too much from the camera and has looks like an afterthought, compared to the rest of the design.

The Canon PowerShot G1 X Mk II builds on the specification of its predecessor, but there’s a debate to be had around the modifications made to the model’s design. 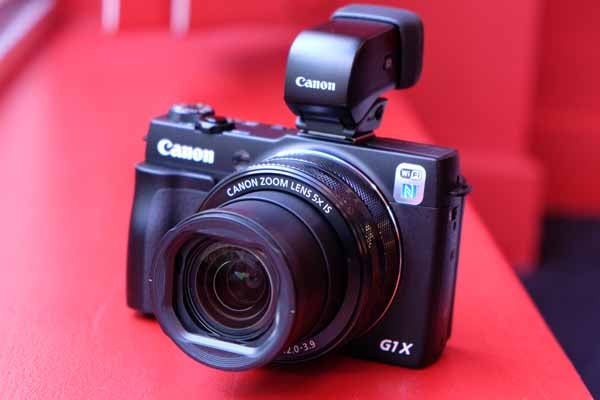 While the manual control rings aid functionality and give the camera a robust feel, the new handgrip is less appealing and feels like a late addition.

With an SRP of £749, the G1 X Mk II is going to be up against some stiff competition and as such the pressure for it to be just right is particularly high. We look forward to testing it in the near future and seeing if it lives up to expectations.

Next, check out our round-up of the best cameras