It’s been several months since I last reviewed anything from Canon’s popular PowerShot A-series of mid-level compact cameras, and that was only the lowly A470, the base model in the range. Fortunately Canon has recently announced two new A-series models, and today I’m taking a look at the PowerShot A2000 IS, a 10.0 megapixel, 6x zoom camera currently available in the UK exclusively from Jessops, priced at £199.99. 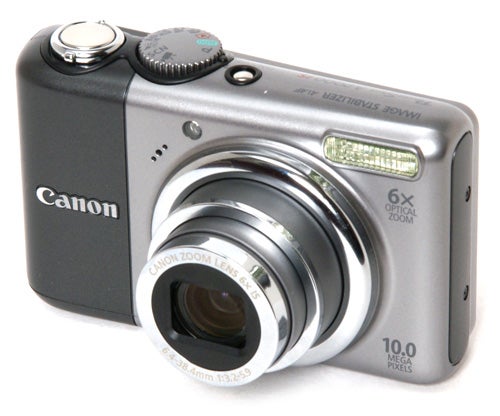 The A2000 is a bit of a new departure for the A-series. Previous models in the range have been popular with hobbyists and more experienced photographers, thanks to their robust construction, excellent handling, limited but useful range of manual exposure controls and optical viewfinders. The A2000 has none of these things, and appears to be aimed at less ambitious photographers looking not for manual versatility but for a simple, easy-to-use general-purpose compact. If this represents a new direction for the A-series then there will be some disappointed customers.


The A2000 is an undemanding camera. It has large, clearly labelled controls that operate a range of simple automatic settings. Even the body shape is simpler than previous models, a rounded wedge shape thicker at the right-hand end where the two AA batteries live. The body is made of plastic, and although the camera does feel solidly weighty, the body panels seem to be thinner than previous A-series cameras and creak alarmingly when squeezed. There’s nothing really wrong with it, but it does feel more cheaply made than some previous models in the range. 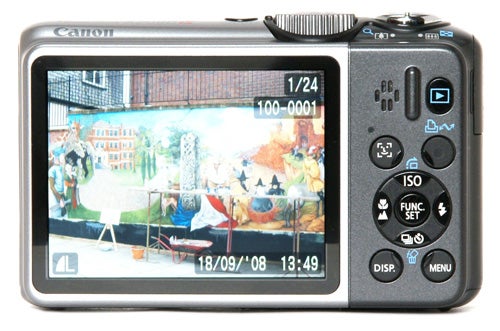 The A2000 has no optical viewfinder, but it does have an enormous three-inch LCD monitor. However this too is not up to the high standard of previous A-series models. It has an extremely narrow viewing angle of only about 30-odd degrees vertically, making it difficult to use for over-the-head shots, and it is also highly reflective. It’s the first Canon monitor in a long time that I’ve actually had difficulty using outdoors.

Main shooting mode is controlled via a large dial on the camera’s top panel. The dial itself feels a bit cheap and clunky, with distinct air of Fisher Price about it. The shooting modes consist of program, full auto, video mode and five quick scene modes with a further 11 under the SCN setting. There are no manual exposure options. 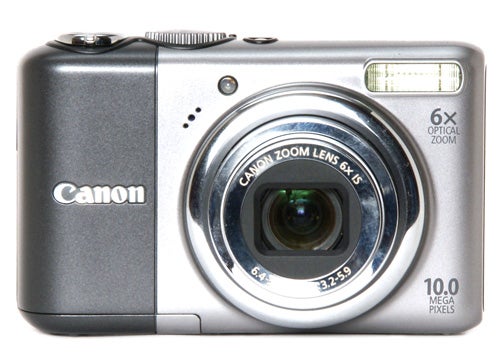 Canon uses variations of the same menu system on all its compact cameras, including the useful function menu system, simply adding or removing features for each model as necessary. The menu on the A2000 appears to be similar to some of the recent IXUS range, with fewer options than usual for an A-series camera, but it is just as quick and easy to operate as ever.


The function menu offers exposure compensation, white balance, the “My Colour” settings, metering mode and image quality settings, all of which are useful, and the custom setting in My Colours does allow adjustment of contrast, saturation and sharpness. The main menu is also fairly simple, with basic AF settings (AiAF, face detection or centre spot), custom self-timer setting and image stabilisation options among others, but again there is little in the way of creative control. All the other functions, such as drive mode, ISO setting and macro/landscape focus mode, are selected via secondary functions of the D-pad. 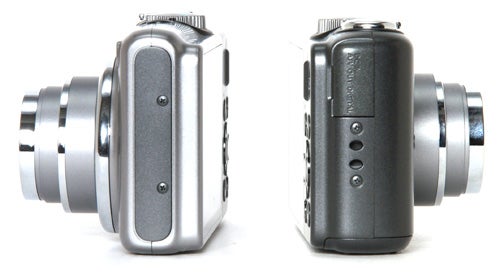 The external controls don’t appear to be as solidly mounted as they might be, and some feel decidedly flimsy. Catch one with the edge of a fingernail and it gives an distinctly plastic ‘ping’.


The zoom control is a rotary bezel around the shutter button. The control action is fairly crude; you have to turn the ring a long way to make it move, and when it does it moves jerkily and too quickly, making accurate framing difficult. Since the 6x zoom range is a major selling point of the camera I would have hoped that Canon might do a better job on the zoom control.

While some corners may have been cut on the A2000’s construction, at least the internal components are up to the usual standard, which means that overall performance is well up to standard. The camera starts up in comfortably under two seconds, and in single shot mode at maximum picture quality the consistent shot-to-shot cycle time is approximately 1.9 seconds, which is pretty quick for a 10MP camera. In continuous shooting mode it can maintain 1.25 frames per second, although it doesn’t focus between shots in this mode. 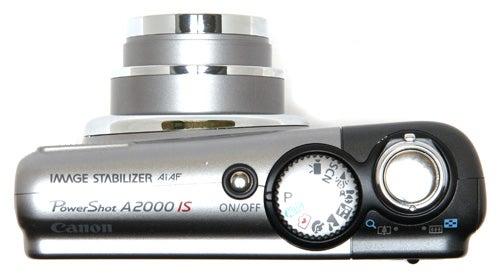 The autofocus system is well up to Canon’s usual standard, focusing accurately and extremely quickly in good light, and barely slowing down in lower light conditions. Low light focusing is not as reliable as some other recent cameras, but it is by no means a problem, and usually gets it on a second attempt.


Exposure metering is very accurate and reliable, and colour rendition is superb, with visible detail even in very saturated bright colours. The overall level of sharp detail is fantastic, and the low JPEG compression ratio means that artefacts are not a problem. Average file is nearly 5MB, which is large for a 10MP camera. 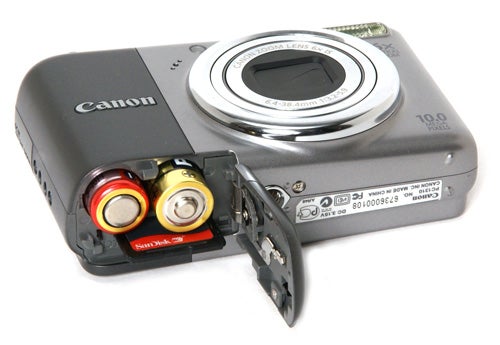 Image noise is also very well handled, with good picture quality and plenty of fine detail up to 400 ISO, and reasonable printed quality at 800 ISO. Even at the full-res maximum of 1600 ISO the colour balance is good, and the noise has that usual Canon granular quality, looking a little like film grain. All in all an excellent performance.

The Canon PowerShot A2000 IS is a little expensive for a mid-level compact, and the overall build quality and low-angle monitor may cause some disappointment. The lack of the usual A-series manual exposure options and optical viewfinder may also put off some potential buyers. However the camera is extremely easy to use, the wide zoom range is very versatile and the performance and picture quality are well up to the high standard we’ve come to expect from Canon. 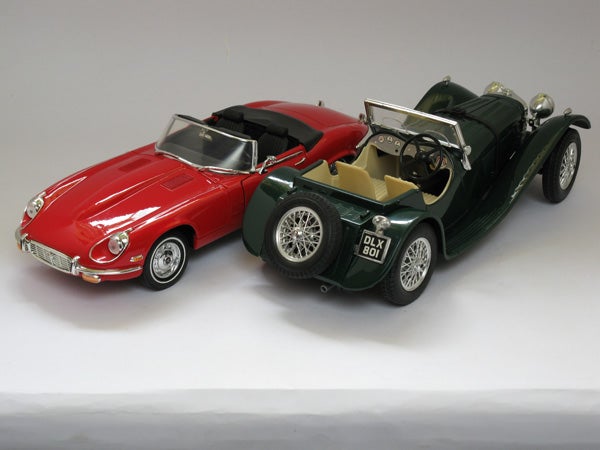 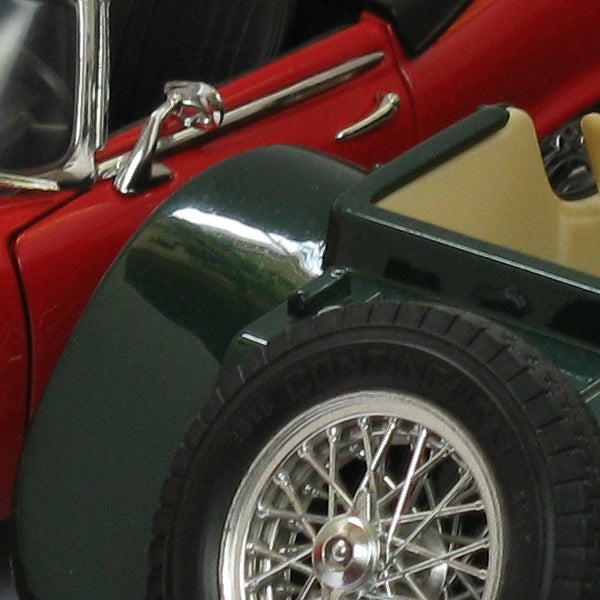 At 80 ISO the image quality is pretty much flawless, as good as any other 10MP compact on the market. 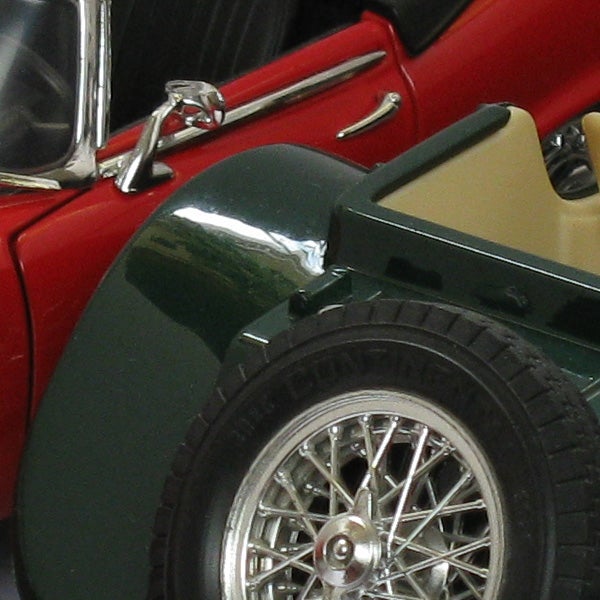 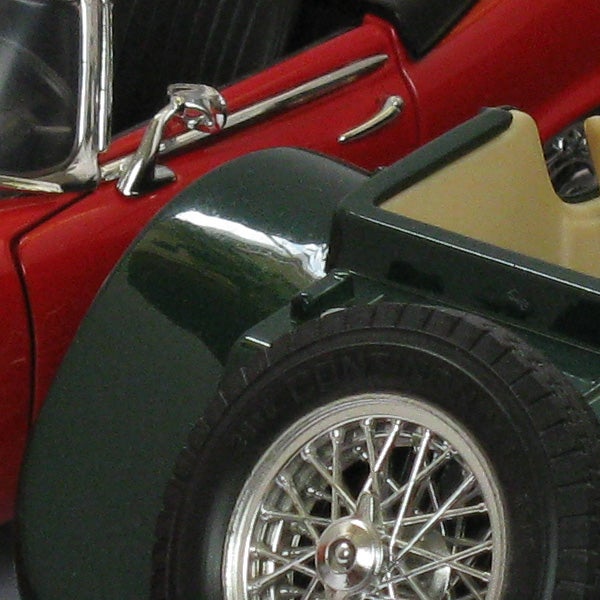 There is a little bit of chromatic noise at 200 ISO, but nothing to worry about. 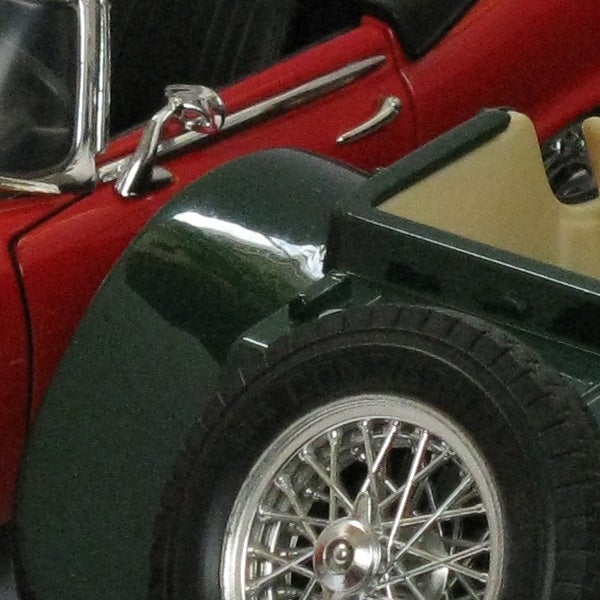 The chromatic noise has been cleaned up, and the picture quality at 400 ISO is very good. 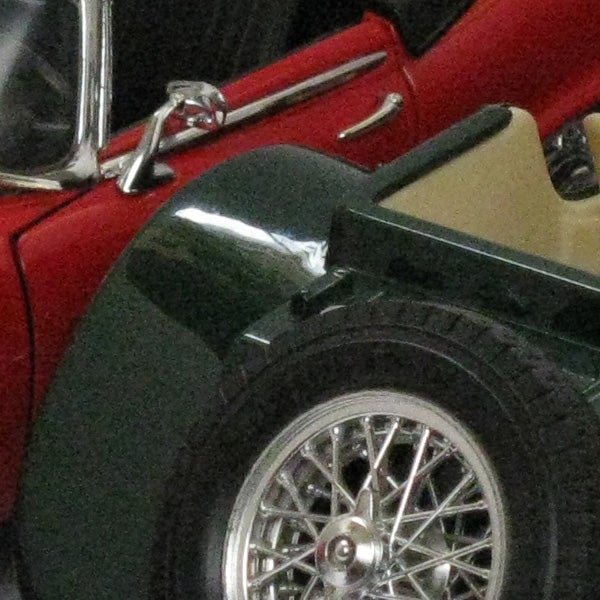 Noise is becoming obtrusive at 800 ISO, but there is still some fine detail and colour balance is accurate. 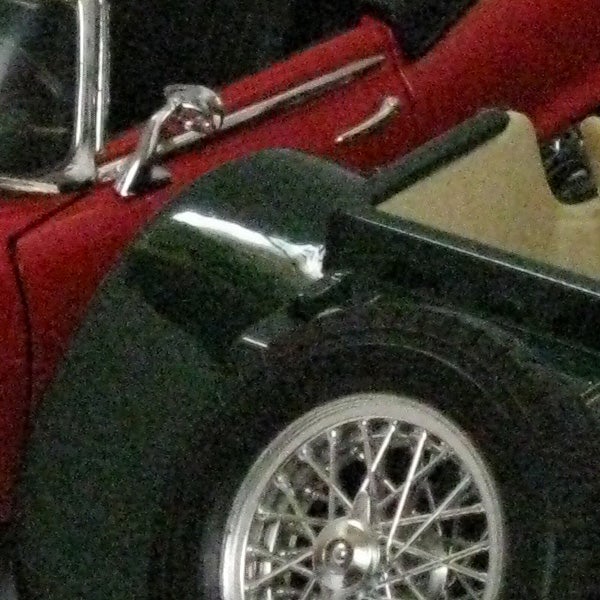 1600 ISO is pretty noisy, but the noise has a film-grain quality that is not unattractive. 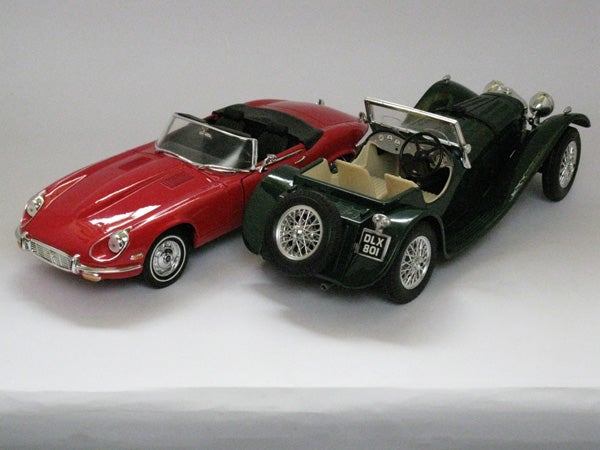 This is the full frame at the maximum manual sensitivity setting of 1600 ISO. 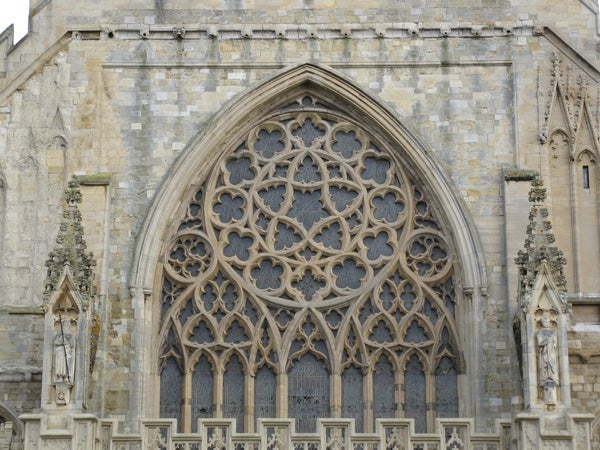 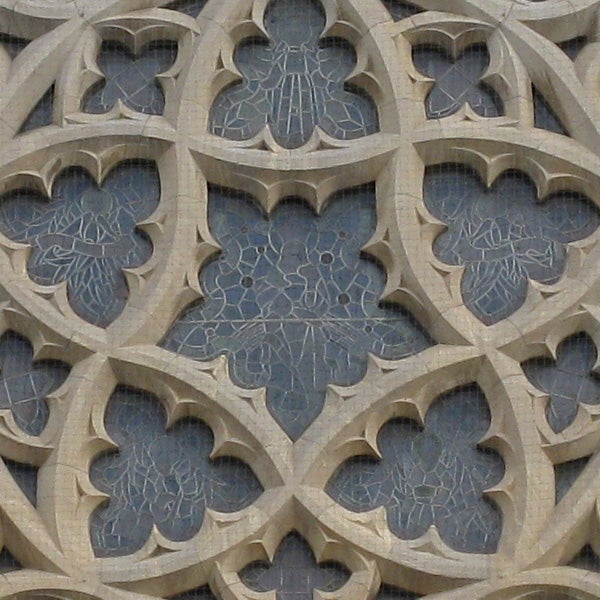 This picture is good and sharp with plenty of fine detail and no compression problems. 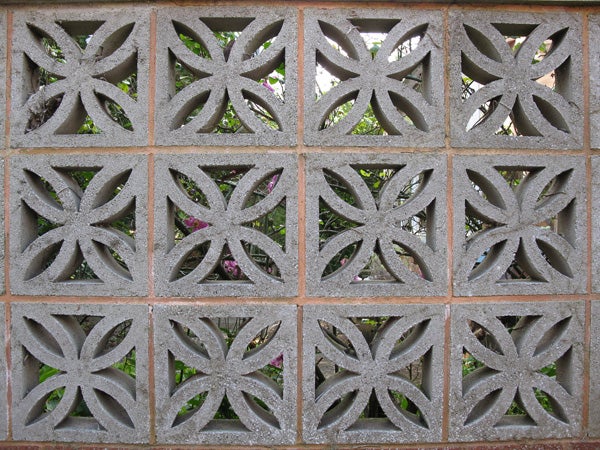 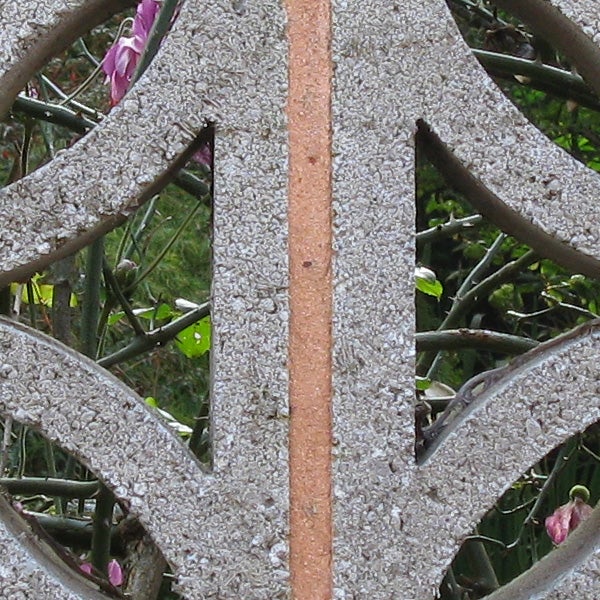 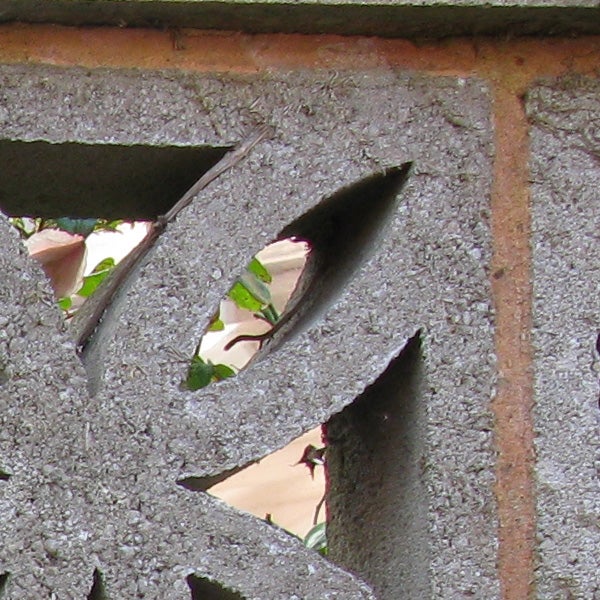 Corner sharpness is also superb, with no chromatic aberration visible. 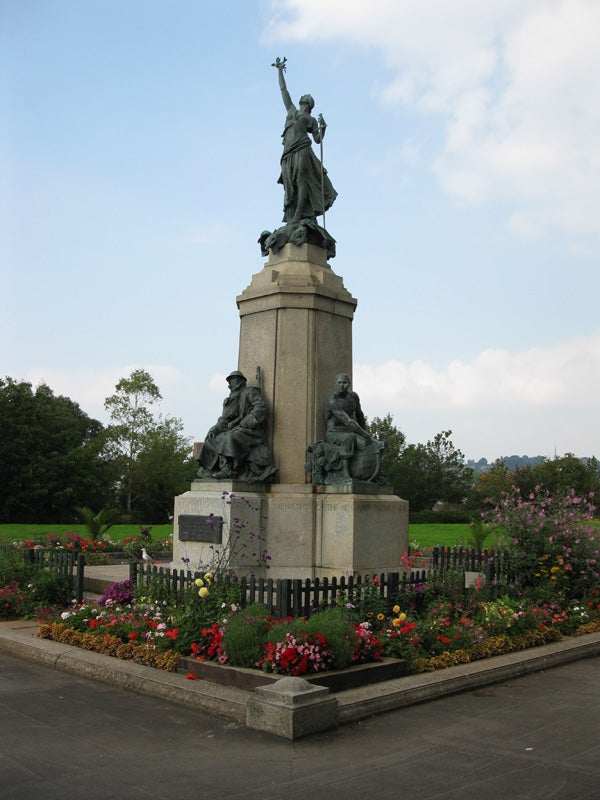 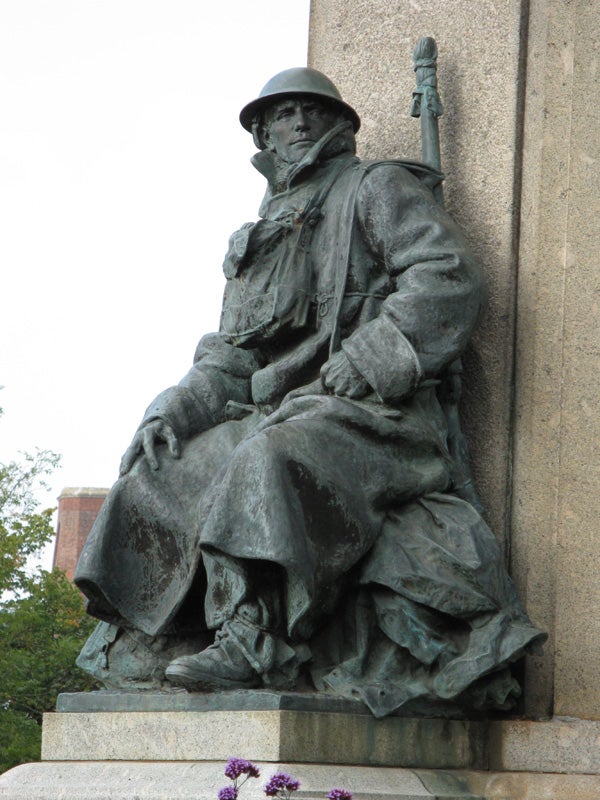 The long end is equivalent to 216mm, a good medium telephoto setting. 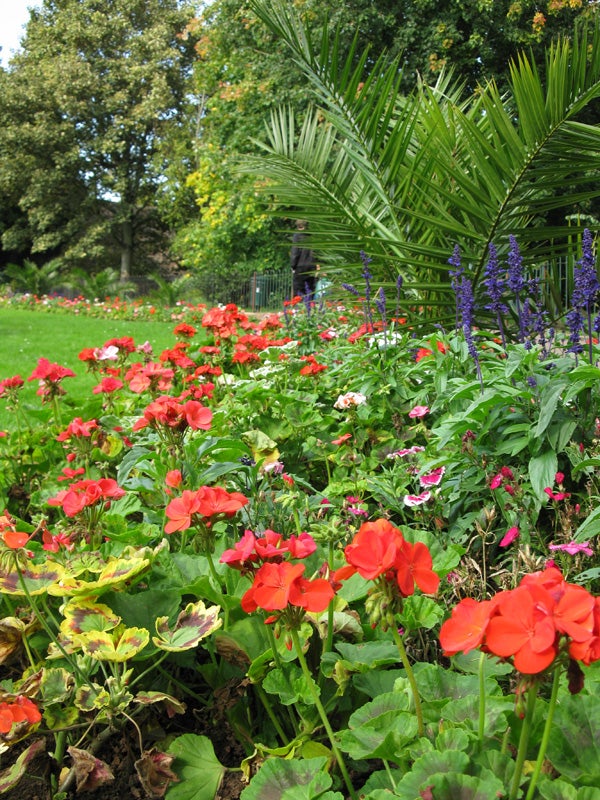 Colour rendition is excellent, with detail even in bright saturated colours. 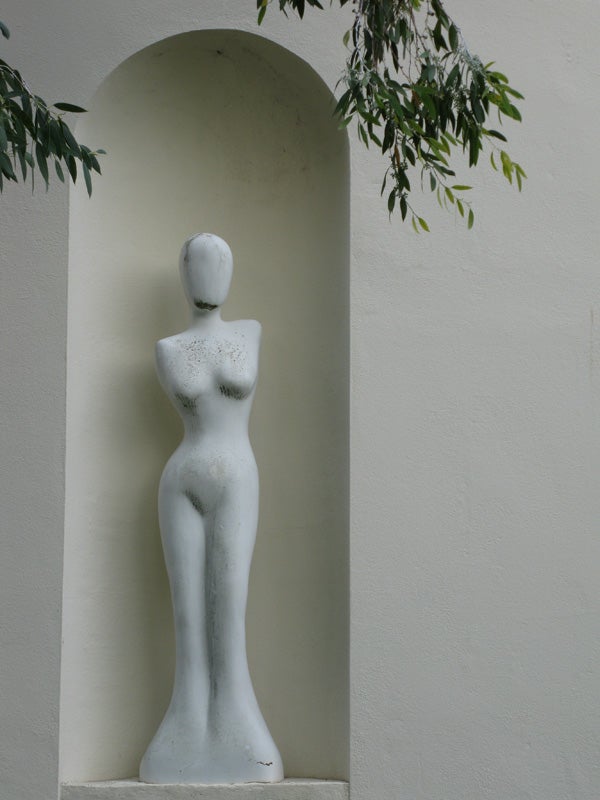 Exposure metering is pretty much perfect. 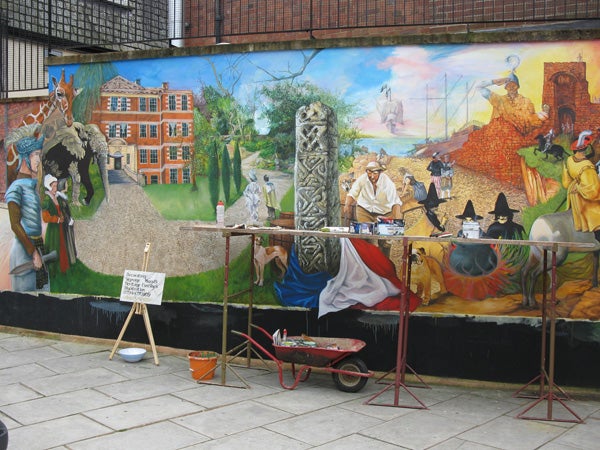