When you’re already making one of the best ranges of all-in-one printers, it may be hard to think of ways to improve. With the PIXMA MP980, Canon has decided to look at the inks, offering a different colour mix for those who want to print black and white as well as colour photos.


This is a bulky printer, like its predecessors, but the silver and black lines are clean and unfussy. A panel inset into the top surface of the scanner swings up to reveal the device’s controls and a large 88mm LCD screen. Canon has always been good at control panels; the continued use of its rotating click-wheel for selecting menu options is here supplemented by two context-sensitive buttons, as well as a range of others, including separate ones for colour and black copies. 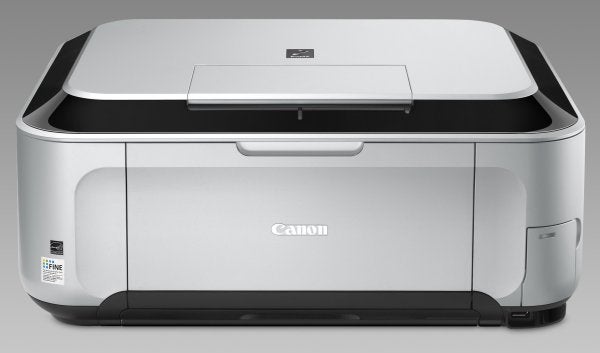 As before, there are two paper sources for this printer, but Canon has restricted the media for each. In this machine, the 150-sheet paper cassette at the front is the only place you should put plain paper, while the rear tray, which can take photo paper from 15 x 10cm up to A4, is designed specifically for photos.


Its A4 flatbed scanner has a resolution of 4,800 x 9,600ppi and a conventional CCD scanner head, which gives better results than a cheaper Contact Image Sensor would. There’s a transparency adapter built into the lid, too, so you can scan slides and negatives.


Pulling down the front panel makes an output tray and an interior cover gives access to a separate slot for CD and DVD printing – a carrier is supplied. On the curved right-hand corner of the machine, a rather flimsy cover swings out to reveal three memory card slots, which between them take all the common formats, including MicroDrive. There’s a PictBridge socket below these. 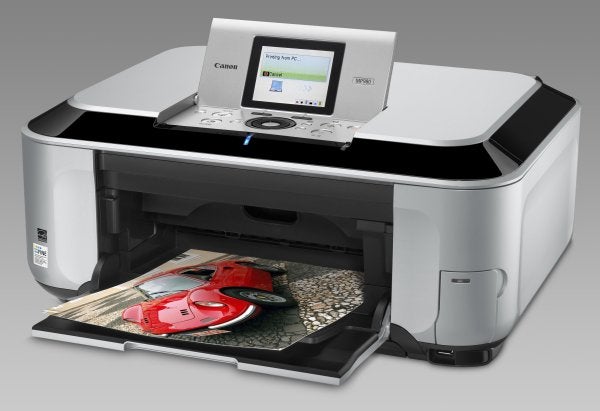 At the back of the machine there’s a single USB socket, but a Wi-Fi connection is another standard option. Wireless installations can be good or bad. On a printer aimed at the home market, you’d expect things to be as simple as possible and Canon has done really well. You need to connect a USB cable temporarily during setup, but the process is then pretty much automatic. You don’t need to enter IP addresses or MAC numbers, though you may need to provide a WEP or WPA code if you’re wireless network is protected.


Setting the machine up physically is a little awkward, as there’s not much room under the raised scanner section to reach the head carrier. Once you’ve plugged the six ink tanks in and run through the priming cycle, though, the printer is ready to go.


Canon supplies a good range of its own support software, including OCR, as well as ArcSoft PhotoStudio 5.5 and an Adobe RGB plug-in. The driver includes support for automatic duplexing, which is a standard feature on the PIXMA 980.

One of the features of the PIXMA MP980 is its different set of inks. Rather than supplementing the normal CMYK quartet with light cyan and light magenta, Canon has added grey, which can also be thought of as ‘light black’. The main use for this is in reproducing black and white photo prints. Canon has decided that the basic four colours are good enough for colour photos and is instead improving the range of greyscales it can reproduce.


Looking at the results we obtained, this looks like a good move, particularly for the photo enthusiast and possibly even the semi-professional. Colour prints are well up to Canon’s high standards, with smooth colour transits across areas of sky and plenty of detail in even deep shadows. Foreground detail is also good and colour rendition is bright, but still natural. 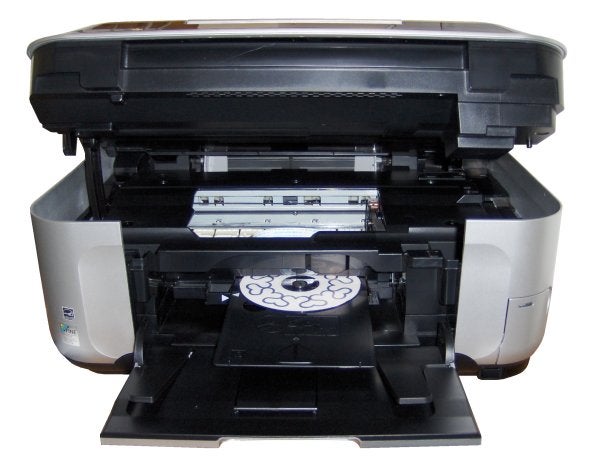 A black-and-white image shows improvements in the light greys, as you’d expect, and the grey is a pretty neutral, showing little colour cast. Canon still includes a double capacity, pigmented ink tank for printing text and using its separate black print head which, with its deep swathe, produces reasonable speed.


Although Canon claims a top speed of 11ppm for both black and colour prints in normal mode, we couldn’t achieve more than 6.38ppm printing black and 3.37ppm in colour. Introducing duplex print, as before with Canon all-in-one, kills the speed to 2.29ppm, taking 8:44 to print our 20 page text document.


In contrast, printing photos is pretty quick, with second and subsequent prints in a multi-print job taking around 20 seconds for a good quality, 15 x 10 cm print. However, the first photo, and for that matter the first page of any document, only starts after around 25 seconds ‘thinking’ time.


The only consumables are the six ink tanks and at the best prices we could find, a black page will cost 3.44p, with a colour one coming in at 6.54p. The black page cost is relatively high, but the colour one, probably more relevant in a machine aimed primarily at photographers, is good. The cartridges are widely available and you may be able to find them at better prices than we did.


This is another excellent machine from Canon, with the extra facilities of improved black and white print and negative and transparency scanning. Media handling is slightly less versatile and duplex prints are as slow as ever, but the extra flexibility of wireless networking is compensation.