Canon numbers its PIXMA MP range of all-in-ones from MP250 to MP990, but the MP560 is only two models away from the top. The MP range is intended for the enthusiast customer, who is more interested in photo prints from an all-in-one than in fax or multi-page copies. 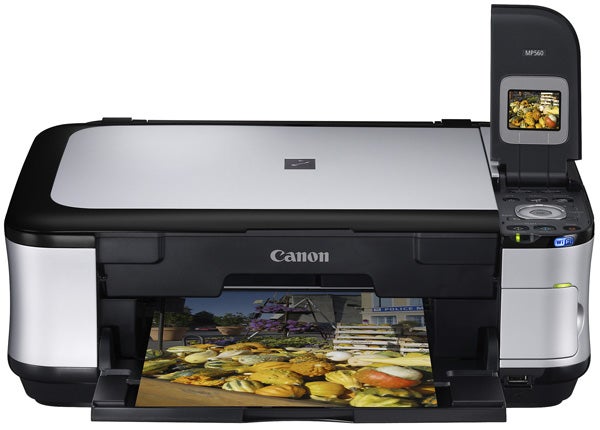 The PIXMA MP560 has the same faux-luxury look of most of the range, with silver sides and scanner lid plus black-coloured edging, back and control panel. The cover of the control panel hides it when the printer is not in use and when folded up reveals a 50mm LCD panel.


A comprehensive set of controls include soft buttons linked to the display and a click-wheel for scrolling through menu options. There are separate buttons for black and colour prints and one to stop the current job. In front are two indicator LEDs and a third labelled Wi-Fi, to indicate wireless activity. 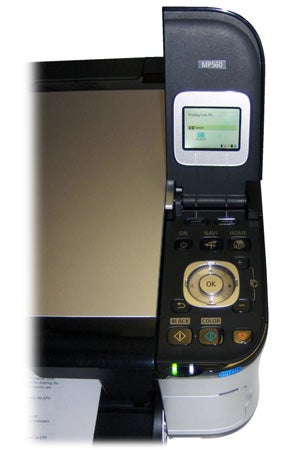 There are two separate paper sources on the machine: a 150-sheet paper tray with a lift-up support at the back and a 150-sheet cassette, which slides in from the front. Canon recommends using the rear tray for photo blanks and the cassette for plain paper, but it’s possible to use either media in either tray.


Below the control panel at the front is a hinged plastic cover for a set of three memory card readers. These provide for CompactFlash, SD, MemoryStick and xD and there’s a PictBridge socket below the card slots, which doubles as a USB socket. You can print from a USB drive or scan to one through this socket. 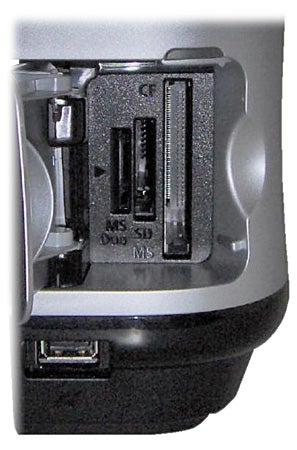 At the back of the PIXMA MP560 is a single USB socket, but there’s also wireless support. This includes quick setup protocols for the main fast-link systems, making secure wireless connection to most modern routers very simple.


The printer supports five ink cartridges, with a small photo black alongside the larger, standard black cartridge used for text print on plain paper. Each cartridge plugs into the print head and Canon’s system of LED indicators shows when the cartridges are properly inserted and when they’re low on ink. 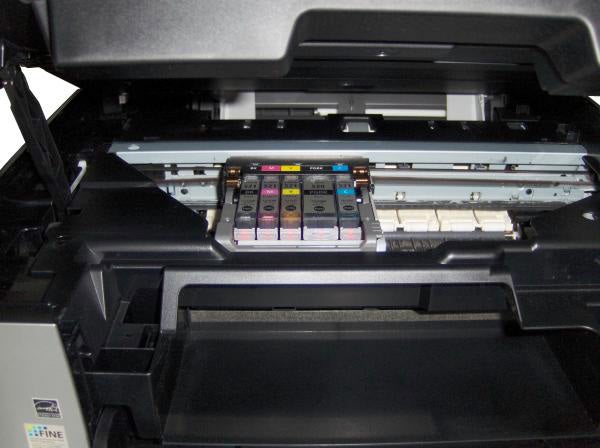 Drivers are provided for Windows and OS X, though there’s no stated support for Linux. Canon provides a good software bundle with the printer, which includes OCR software to support the scanner and WebPrint EX for easy print of web pages.

Canon is more honest than most with its speed claims and rates the PIXMA MP560 at 9.2ppm printing black and 6.0ppm in colour. Even these fairly modest speeds are hard to duplicate under test, mainly because the machine is keen to take short pauses for cartridge housekeeping during most print jobs.


Our 5-page text print took 53 seconds, equivalent to 5.7ppm and on the longer, 20-page document it still only increased to 7ppm. Our black text and colour graphics job returned a speed of 3.3ppm, only just over half the rated speed. 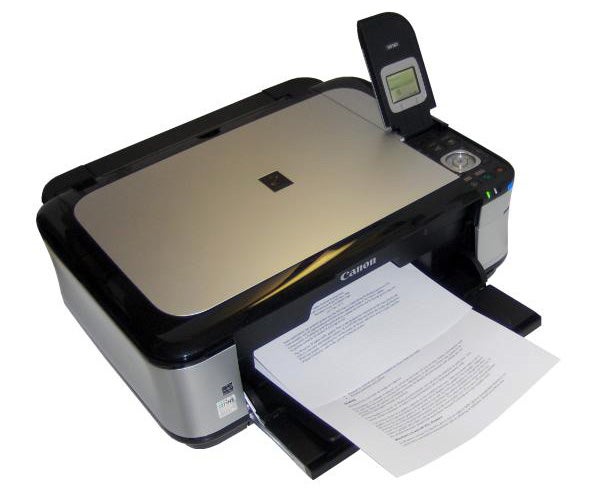 Even these speeds, though, are not far off those of the main competition. When you look at the duplex print performance, though, they look positively cheetah-like. Our 20-page document, duplex printed on 10 sheets, produced a speed of 2.0 sides per minute, which really is so sluggish many people won’t print duplex at all.


The print quality is up with what we’d expect from Canon and is good on both plain and photo papers. Black text is quite heavy on the page, but still manages a clean impression, so remains easy to read. Colours are also well reproduced and although there’s some obvious dither patterning in lighter shades, such as yellows, overall the result is clean and bright. 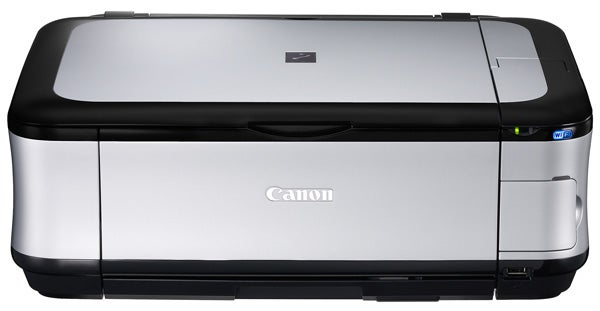 The colours in our test photocopy were close to the original, with only slight lightening of colour shades. Our test photo, printed in the machine’s best photo mode, gave smooth colour gradations and plenty of detail in brighter areas of the image. However, colours were a little over-rich especially the reds, and some shadow detail was lost.


The four ink cartridges are the only running costs in this machine and there’s only one version of each, so all you can do is shop around for the best price. Using the best prices we could find gave a cost per ISO black page of 3.3p, with 7.4p for an equivalent ISO colour page.


These costs are pretty good, coming in, for example, between 1p and 2p lower than those of the £110 Brother MFC-5490CN, which recorded equivalent costs of 4.3p and 9.3p.


Sitting roughly midway between the PIXMA MP490, with its dual-cartridge design and no duplex print, and the faster PIXMA MP640 with its CD and DVD print, Canon’s PIXMA MP560 is a good mid-ranking inkjet all-in-one. Although its own duplex print may be so slow as to be only marginally usable, most of its other features, including the ease of wireless connection, make it a good choice for home and some small business applications.