If you’re buying an entry-level all-in-one, you might expect a lot lower spec than when buying in the mid or high price ranges, but in many cases the core functions, like printing and scanning, will be much the same from machine to machine and it’s only the feature set which differs. Canon’s PIXMA MP490 is one of these.


Over recent launches Canon has reduced the size of its machines, so they look less like harmoniums and more like oversize jewellery boxes. The PIXMA MP490 is cased in high-gloss light grey and black and very smart it looks too, when closed. 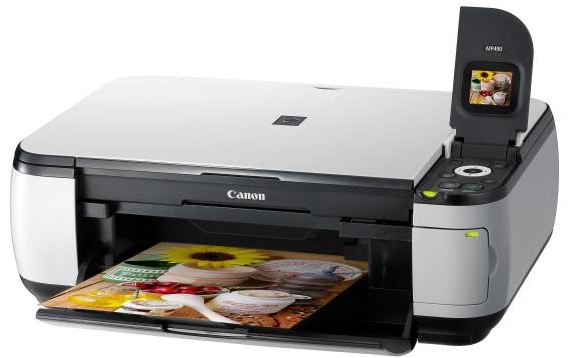 Pull up the paper tray support from the back and open the front cover, which becomes the output tray, and it doesn’t look quite as neat, but is still very practical. There’s no separate paper tray underneath the machine, but the rear tray works for plain and photo paper.


The Contact Image Sensor (CIS) scanner is a single-sheet device, but is both quiet and quick in use and produces surprisingly good images. It’s also used in the automatic printhead alignment process, to scan back a test print.


Flip up the cover to the control panel, which is to the right of the scanner cover, and you’ll find it’s fitted with a 45mm LCD display. This is a bright little unit, good enough for photo thumbnails as well as displaying menus and status messages – its main function. The control panel looks very similar to those on the machine’s bigger siblings, except that the ‘ring’ control is a four-way switch and not a click-wheel. 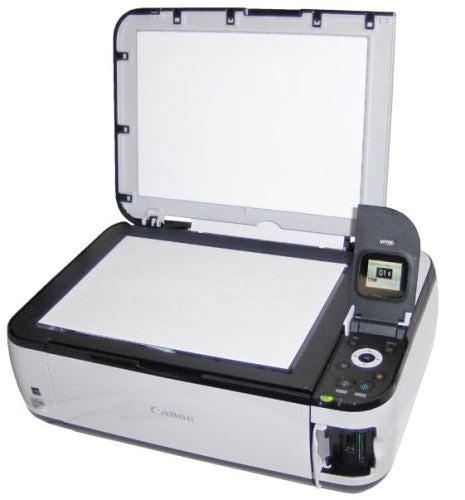 Another flip-open cover in the right-hand front corner of the case reveals three memory card slots, including CompactFlash and Microdrive, though oddly there’s no PictBridge/USB socket. It seems a strange choice to continue support for a card format largely abandoned by consumer devices, while excluding a connection which works with almost any digital camera. DSLR users might appreciate the thought, but then they’re unlikely to print straight from a memory card.


The only socket at the rear of the machine is for a USB cable, though Canon continues to offer a direct mains power connection, so avoiding the cumbersome external blocks HP, its main rival, continues to use.


This is a twin-cartridge printer, with single black and tri-colour cartridges, both of which clip into place in the head carrier, with a minimum of effort. The usual comprehensive set of applets for basic scanning, printing and OCR are provided and there’s a useful Web applet to squeeze Web pages onto an A4 sheet.

Canon has been making the effort to quote more realistic print speeds, by using the ISO standard to measure them. It claims 8.4ipm and 4.8ipm for black and colour page images, respectively. On our five-page documents, black and colour, we saw speeds of 5.7ppm and 2.2ppm, which is still some way off the claimed rates, but most of this is down to extended processing time before print begins. On our initial five-page black text test, where we had already aligned the print heads and been through the ink-charge cycle, the printer fiddled around for 35 seconds before the first sheet fed.


On the 20-page, black text print, the speed went up to 6.9ppm, a little closer to the rated speed. We think it’s very unreasonable of all printer makers to exclude this processing time, particularly when printers and all-in-ones are spending longer and longer before starting to deliver requested pages. A single-page colour photocopy took 35 seconds, though again this was the best case from several copies, where the longest copy time was 53 seconds.

There was quite a discrepancy between photo prints from PC and SD card, too, but this was because our PC print (1:33) was in best print mode, while the print from a photo card (0:54) was in normal print mode.


Print quality is very good for an entry-level all-in-one. Black text is clean and with very little ink spread, though there is the occasional jitter between lines of text, if you look closely. Colour prints on plain paper are bright and dense, while still maintaining a good range of hues. Even the colour photocopy does pretty well on this test, with only slight lightening of colours in the copy.


Photo prints are also well reproduced, with plenty of shadow detail, good natural colours and very smooth gradations. We thought we noticed a slight yellow cast from some of our test prints when first printed, but this faded and became more natural as the ink fully dried. 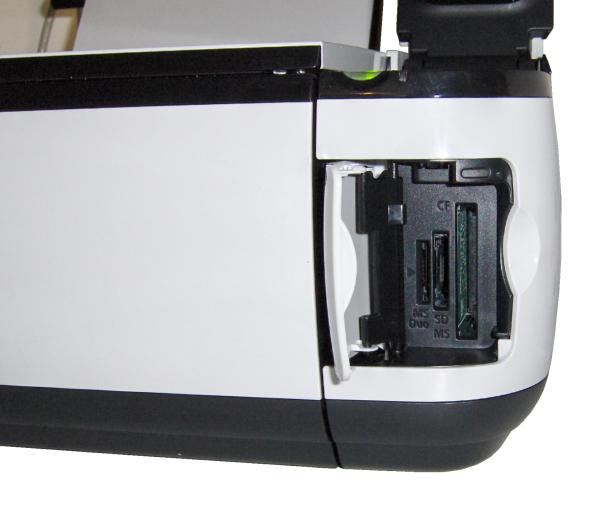 The two ink cartridges are the only consumables in this machine and although we failed to find them at quite the prices they were at when we reviewed the PIXMA MX320, we still calculated values of 4.36p for an ISO black page and 9.36p for a colour page, both including 0.7p for paper. While not being the lowest figures we’ve seen from an inkjet all-in-one, these aren’t at all bad, given the low asking price of the machine itself.


If you have a limited budget and want good quality printing, scanning and copying, the PIXMA MP490 should be at the top of your shortlist. Canon has sensibly concentrated on the basics, but has still managed to include a useful LCD screen and card slots covering all the major types. It’s a little on the slow side but, as always, you pay extra for speed.