If a manufacturer makes two products, one designated as a ‘495’ and the other as a ‘280’, how much better would you think the 495 would be? We’re used to considering model numbers on cars where a 400 series would probably be bigger, faster and more expensive than a 200 series. This doesn’t seem to be the case with Canon all-in-ones. 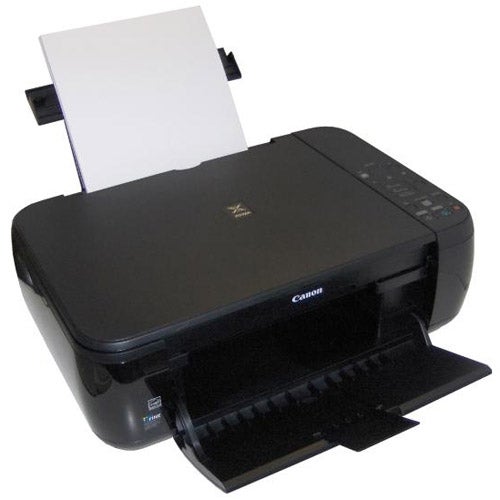 The Canon PIXMA MP280 is a budget all-in-one, part of the company’s range launched in autumn 2010. It bears a remarkable similarity to the MP495, tested a couple of weeks back, but is around 20 per cent cheaper, as it has no wireless networking support and is said to be slower.


It’s a modestly sized machine, with a matt black lid to its scanner and a conventional paper path running from a near vertical, 100-sheet tray at the rear through to a horizontal one at the front, formed by folding down the front cover. The cover automatically drops down, if you forget to open it before starting to print, and has a flip-over extension to fully support printed documents. 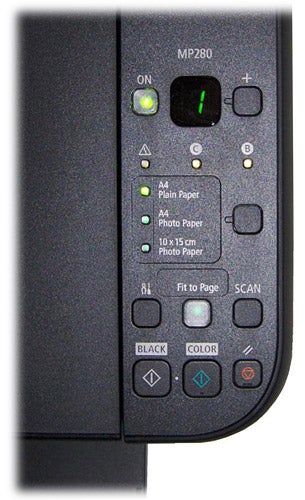 The control panel has a surprising number of indicators and buttons, though there’s no LCD panel to show menus or image thumbnails. It doesn’t need the latter, as there’s no memory card or USB drive slot on the machine, either. There’s a single-character LED display to select up to nine copies at a time and the segments cycle round to show when the printer is busy.


Single LEDs are used to indicate paper jams and low ink, and there are others for paper type and size. At the front of the control panel are six buttons for starting and cancelling black and colour print jobs, as well as ones for scan, settings and to fit an image to the page. This last function is unusual in a machine at this price. 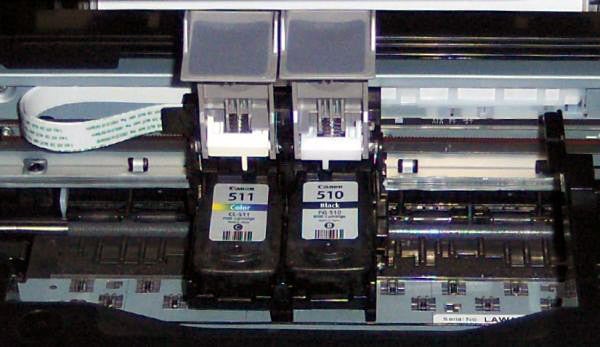 At the back of the right-hand side panel is a single USB socket, which is the only data connection to the machine. Once you’ve installed the software, which is pretty painless from the supplied CD, you plug in a USB cable and slot in the two ink cartridges, before you start using the machine.


The cartridges are what Canon calls a hybrid system, in that the black cartridge uses pigmented ink, for denser, quicker-drying text pages, while the tri-colour cartridge uses dye inks for brighter colours in photos.

The speeds Canon quotes for the PIXMA MP280: 8.4ppm for black and 4.8ppm for colour, are very close to the same specs for the PIXMA MP495, which are 8.8ppm and 5ppm. In fact, they’re almost within the margin of variation for most speed tests.


In our tests, the results were even closer, with this printer returning a speed of 5.5ppm for our five-page black document, rising to 5.8ppm on the 20-page version. The five-page black text and colour graphics test gave 2.4ppm, a colour copy took 39 seconds and a 15 x 10cm photo on an A4 sheet completed in 1min 21secs.


These results are very similar to those from the PIXMA MP495, with some being slightly slower and others slightly faster. To all intents and purposes, the two machines exhibit the same speeds. 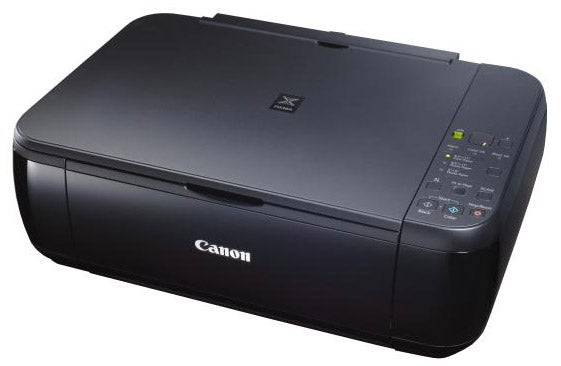 They are also similar when it comes to print quality. As we noted when we reviewed the PIXMA MP495, black text benefited from the pigmented ink and this is obviously still true here. Characters are well-formed, though there are a few signs of mis-registered text, giving a slightly wavy appearance to some lines.


Colours are strong and bright, with few noticeable registration problems, though there is slight fuzziness to black text over colour, indicating some ink-run. Our photo print gave a good image, with natural colours and smooth gradations of colour, but there was some loss of detail in dark areas. It’s still a pretty good result for an all-in-one costing under £50.


The cartridges are available in two capacities: 220 and 244 pages for black and colour respectively in the standard cartridges, 401 and 349 pages in the high-yield versions. We checked prices again, even though we’ve recently assessed them for the PIXMA MP495 review, but the best we could find still gave page costs of 4.3p for black and 8.9p for colour. The colour cost is in the same range as from other machines at this low entry-level price, though the black page cost is higher than from some Brother and Epson machines.


There’s about £10 difference between the PIXMA MP495 and this machine, the MP280, and for that you get the wireless network support in the MP495. Canon would like you to think you also get a speed improvement but, from our tests, you’re likely to see very little difference in either speed or print quality. Both machines are good value and you should choose between them depending on whether you need wireless connectivity.