Not long ago we reviewed Canon’s PIXMA MG4150, mid-range all-in-one and the PIXMA MG4250 is already available to supersede it. Apart from the case, which is a pleasant textured black rather than the gaudy, shiny black of its predecessor, there doesn’t appear to be a lot of difference between the two.

The top of this modestly-sized box has its scanner cover – with extending hinges, so you can scan books and magazines – to the right of the control panel, which runs in a strip from front to back.

At the rear is a hinged, 62mm colour LCD, linked to three ‘soft’ function keys just in front and a series of other buttons, controlling job start and cancel and menu navigation. The clever click-wheel of the PIXMA MG4150 is replaced by a simple five button square on this machine; not as convenient. 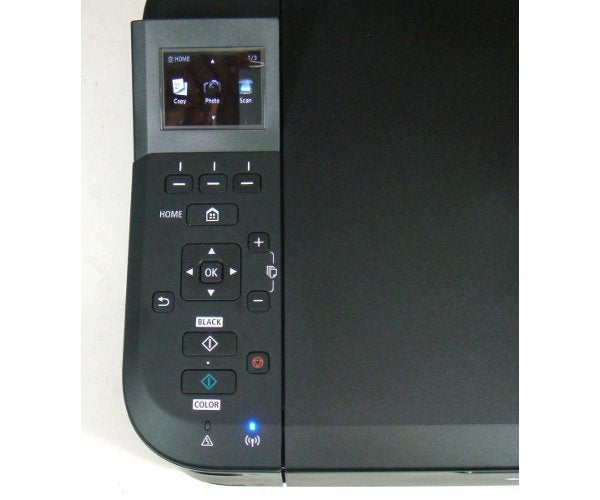 Just over the front lip of the control panel are twin memory card slots, for SD and MemoryStick.

Then there’s the Fast Front paper tray system; which is more of a Big Front, really. Fold down the front cover and it forms the paper feed tray, which can take up to 100 sheets. A secondary tray folds down behind this and extends telescopically, though not far enough to support the whole of an output page.

To rectify this, an extra support swivels out of the front edge of the feed tray with a flip-up stop at its end. It’s all rather convoluted and virtually doubles the depth of the printer, when it’s in use. 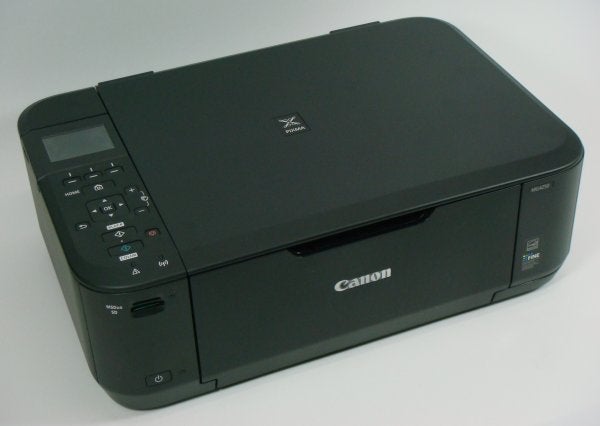 Fitting the cartridges involves folding down the internal front panel, on which the paper trays are hinged, and they slide in horizontally. Simple retention clips then click into place, a bit like seat retainers on an Alton Towers ride.

Bundled software includes My Image Garden, a photo housekeeping application, and Quick Menu, which places useful printing tools in a mirrored L-shaped menu at bottom left of the desktop. Access to My Image Garden is tied to use of genuine Canon cartridges – use third-party consumables and it won’t let you in.

The interface colour-scheme in both tools, light on dark grey, is unhelpful. For so long, the convention has been that greyed menu items are unavailable, that having whole menus in grey takes some mental retraining. Adobe started it and Canon, unfortunately, now seems to have ‘caught up’.

Canon rates the PIXMA MG4250 at 9.9ppm in black and 5.7ppm in colour. Our five-page text test recorded 6.1ppm and 6.4ppm in fast (draft) mode, only two thirds of the spec. This rose to 8.0ppm for the 20-page test, nearer the mark, but only 1.8ppm for the black text and colour graphics test.

Although duplex print is standard on the machine, it’s so slow that it probably won’t get used often. We saw 1.8spm on our 20-side test, so not even a page a minute. 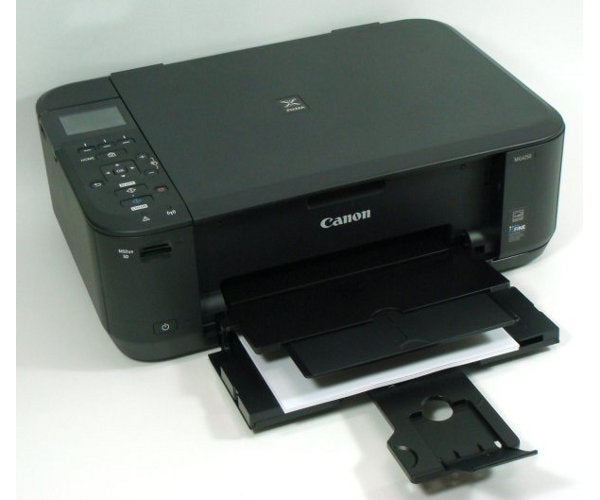 Black text is good and black, though head passes don’t always line up exactly. Fast mode text is affected more by this and duplex pages, which look to be printed with a mix of the dye-based coloured inks, are more dark grey than black.

Colour graphics are dense and smooth, though there’s some loss of colour depth in colour copies. Photo prints are very good, with smooth colour transitions and both natural pastels and bright primaries where needed. 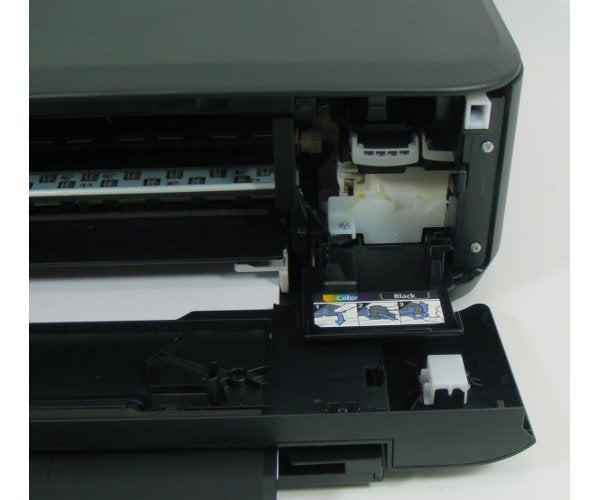 The twin cartridges, one black, the other tri-colour, are available in two capacities. It’s a shame to have a single tri-colour cartridge, as this can lead to wasted ink, if your colour ink usage doesn’t match Canon’s model. The first ink to run out forces replacement of the whole cartridge.

Using the high-yield versions of the consumables, which offer 600 ISO black pages and 400 ISO colour ones, gives page costs of 3.7p and 7.9p. These are good costs, lower then several rivals, though still not as good as from equivalent Kodak printers.

Verdict
There doesn’t seem to be a lot to distinguish the Canon PIXMA MG4250  from its immediate predecessor. It’s still a good, general home printer, though its paper tray arrangement is cumbersome and its very slow at printing duplex pages. Tri-colour cartridges are likely to be more wasteful than the separate inks that are available in some of this machine’s immediate rivals.