Although all-in-one machines outstrip sales of single-function printers, there are good reasons why you may not need the extra functions of a combined device. You may already have a flatbed scanner or do very little scanning or copying, or you may be on a restricted budget and buying just what you can afford. At under £60, Canon’s single-function PIXMA iP3600 is more affordable than most all-in-ones, while still offering the economy of separate ink tanks for each colour.


Most of the iP3600 is cased in high-gloss, piano black, which looks good until it starts showing finger marks or scuffs. There’s a simple, silver strip across the front, as a highlight. 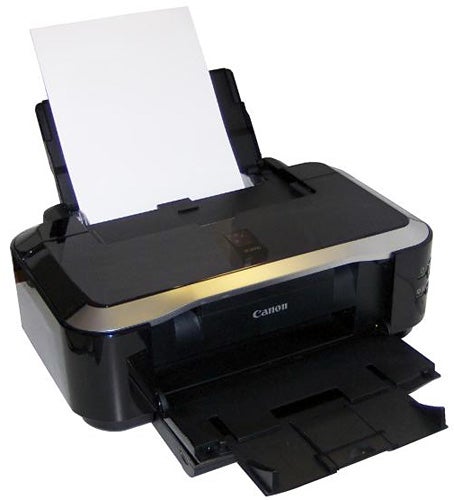 This printer has a very simple, mechanical design, with paper feeding from a flip-up, 120-sheet feed tray at the rear to a two-stage, telescopic output tray at the front. To print photos, you remove the plain paper and narrow the guides to the width of your photo paper stock – the machine can handle blanks from 15 x 10cm to A4.


As a secondary feed, there’s a 120-sheet paper cassette that slots in from the front, offering an unusually high 240-sheet capacity for an inexpensive printer. Unlike the cassettes in Canon’s all-in-ones, this one projects from the front of the printer when in use, increasing its overall footprint. 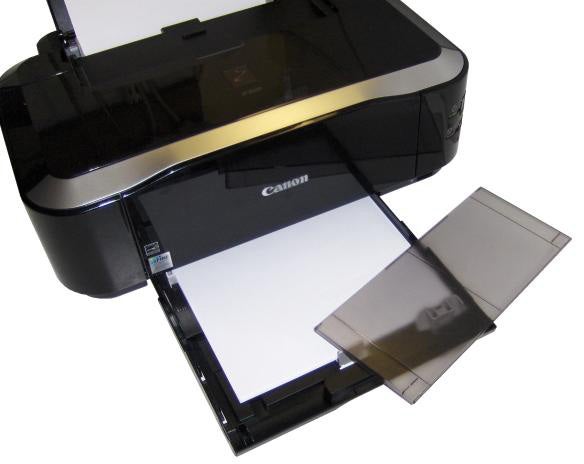 There are only two controls on the machine, each assigned to buttons – with associated LED indicators – on the curved right-hand front edge. The top one is for power and the bottom to feed paper or cancel print jobs.


At the back, the only sockets are for USB, the sole data connection on the machine, and power. At least the power supply is integrated and the PIXMA iP3600 doesn’t require a separate power brick. 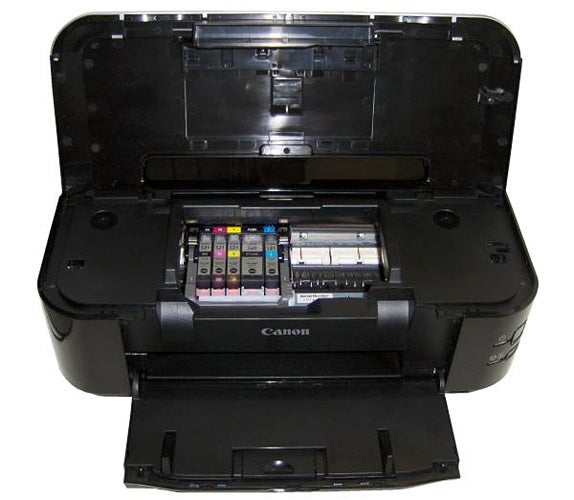 Hardware installation is simply a question of plugging the five ink cartridges into their holders on the print head. There are two black inks in this machine: a pigmented one for text print on plain paper and a dye-based one for photo prints. Each cartridge holder has an integrated red LED to show when it’s properly fitted and to indicate which cartridge to replace when the ink runs out.


Software installation includes a driver – versions are provided for Windows 2000 onwards and OS X from 10.3.9. There’s no apparent support for Linux. Other software in the bundle includes Canon’s Easy-PhotoPrint EX, which offers basic photo editing.

Canon is one of the few printer makers to have revised the print speed claims for its all-in-one range, after the ISO released its testing standard. Unfortunately, the company hasn’t extended that sobriety to its single-function printer range, where it still states draft print speeds of 26ppm for black and 17ppm for colour.


In normal use, printing in the default print mode, we saw black text print speeds vary from 4.4ppm on a 5-page document up to 6ppm on a 20-page one. This is less than a quarter of the quoted draft speed and is, in part, due to long processing times before a job starts. Throughout our tests, we had to wait between 20 and 26 seconds before the paper started to move for printing. 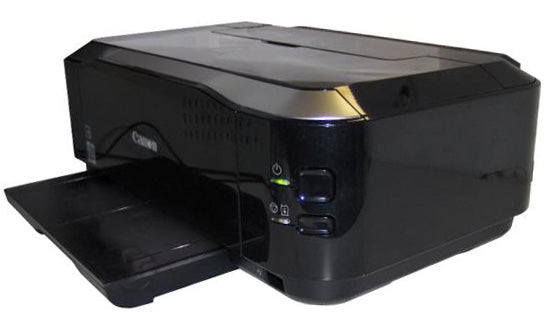 The 5-page text and colour graphics document returned a speed of 3ppm and 15 x 10cm photos took between 1min 30secs and nearly two minutes, depending on whether print was from a PC via USB or through the printer’s PictBridge socket. These speeds are fair, but hardly breathtaking.


The quality of prints is very good for a sub-£60 printer, though black text does show a few signs of ink spikes, where the ink has flowed along the paper fibres. Colour graphics are generally clean and bright and text over colour shows little sign of any bleed.


Photo prints are excellent, with real-world natural colours, smooth gradations and plenty of detail in dark as well is light areas of each image.

The iP3600 is not a particularly quiet machine, especially when feeding paper, and we measured peaks of 64dBA at 0.5m. It’s a shame more attention isn’t given to paper-feed noise levels, as it can make printers hard to live with if they’re positioned next to you on a desktop. Canon isn’t the only culprit, here, with Epson being another maker of noisy feed mechanisms.


All you pay for while using the iP3600 is the ink cartridges and having separate tanks for each colour offers increased economy. We calculate a black page to cost 3.2p and a colour one 7.5p, both of which are reasonable for a machine in this price bracket. The colour cost in particular is a penny per page or so below most of the competition.


The Canon PIXMA iP3600 is a good, general-purpose, home inkjet printer, with a strong line in photo printing and reasonable plain paper output, too. Running costs are no more than other machines in the same price range and the twin paper sources are an advantage if you want to load plain paper and photo blanks at the same time. It’s a little bit sluggish starting to print and a wireless connection could have been handy, but overall you won’t go far wrong with the PIXMA iP3600.