Canon has a good progression of machines in its all-in-one range. Each offers a few features more than the cheaper one below it and a few less than the dearer one above. Today we’re looking at the PIXMA MP620; this sits between the MP540, which has no Wi-Fi and the MP630, which includes duplex, CD/DVD printing and scanning to USB drives.


Like all Canon’s latest round of all-in-ones, the PIXMA MP620 is styled in silver and gloss black and looks smart, in a traditional Japanese kind of way. When closed, it has a neat footprint, but unfold and raise the paper support at the back and you have one way to feed up to 150 sheets. The other way is via a 150-sheet cassette, which slides in at the front, under the output tray. The output tray opens automatically when you start to print, should you forget to do it manually. 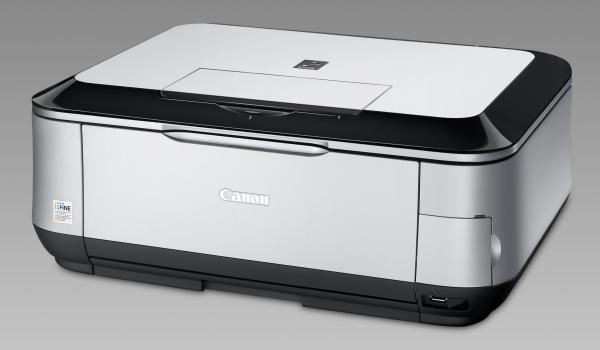 As with several PIXMA all-in-ones, the LCD screen and controls are set into the lid of the scanner. As well as a 62mm colour LCD, there’s Canon’s unique click-wheel control, with an OK button in the centre, which makes menu selection very simple. Other controls include large buttons for navigation, home and to start black and white and colour copies. There are two soft buttons, which change function according to on-screen legends.


A small, slightly tacky silver door opens in the right-front edge of the case, to reveal memory card slots and there’s a PictBridge socket below this for direct camera connection. At the back are sockets for USB and Ethernet networking.


Is it just us or is wireless setup getting harder, rather than easier? It’s fine if your router supports one of the quick, automated setup methods, but many people have older routers and an easy manual setup seems less prevalent. It used to be that the printer searched for Wi-Fi networks, you picked the right one (often from a list of one), entered a passkey and away you went. That works here, but only if you connect printer and PC temporarily via USB, which is kind of missing the point.


The five ink cartridges, including a pigmented black for text and a dye-based photo black, clip into the head carrier with their handy little red LEDs showing when they’re properly inserted and when the ink is low. These are the only consumables. 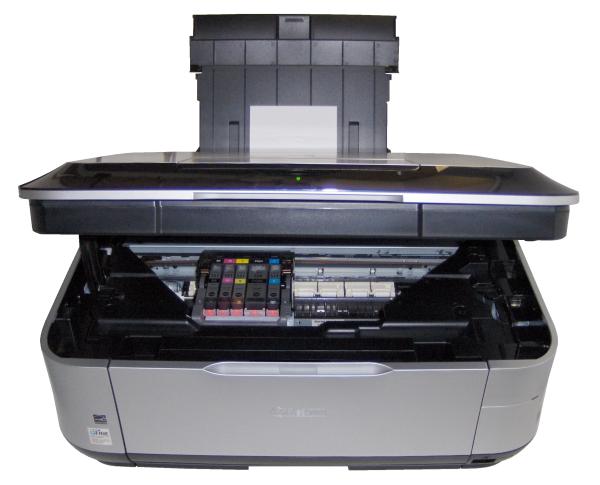 Canon is keen to suggest you put plain paper in the paper cassette and other types in the rear tray, which makes sense, as it’s easier to change paper in the tray. However, during tests, the printer regularly failed to take A4 paper from the cassette, even when we set cassette as the primary paper source.


This isn’t the first PIXMA we’ve had this trouble with, but it was worse in this case – Canon should check the pick-up mechanism in these machines. We were using the same multi-purpose office paper we use for all printer tests.

Canon has started to use the new ISO standard for speed testing and quotes the ESAT print set, which gives times for continuous printing and excludes initial processing. This is probably why it’s quoted speeds, which are for page images rather than pages, are optimistic, when compared with real-world results.


The company quotes 7.3ipm for black and 5.5ipm for colour, but our five-page black text test took 54 seconds to complete, a speed of 5.5ppm. This didn’t increase when we ran the 20-page test, as the printer fiddled around priming its cartridges for 24 seconds before starting to print. This processing time, which you have to live with when using this machine, is excluded from the ESAT ISO results.


The five-page colour test returned 3.3ppm and printing 15 x 10cm photos took between 1:06 to 1:57, depending on source. While this isn’t particularly quick, it’s still reasonable for a good quality photo print. 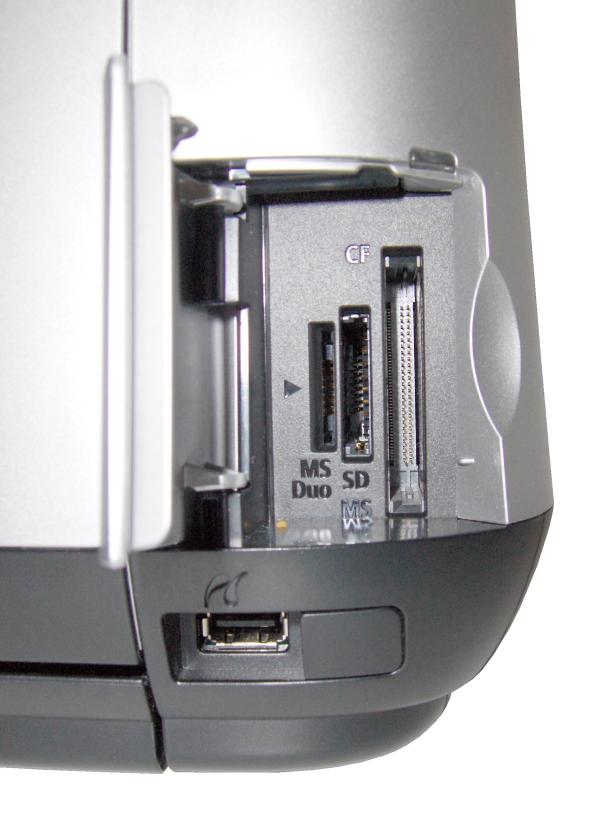 And these are good quality photo prints. Our main landscape image showed excellent foreground detail, smooth colour variation and plenty of detail in shadowed areas of the image. Colours are bright, but never unnatural.


Colour graphics on plain paper are also vivid and eye-catching, though sometimes a little dark by default. A special word here for colour copy quality, which produced copies very close to our colour originals, by no means always the case. This is true of scans from the A4 flatbed, too, which produced high colour fidelity. Finally, black text print is clean and sharp, though it’ll never be as crisp and dense as from a laser.


The only running costs on the PIXMA MP620 are the five ink cartridges which, if you hunt around, can be found for under £10 each. Given the ISO page yields quoted, which are all in the 300 to 500 range, page costs come out at 3.9p for black and 9.1p for colour. The black page cost is rather high, compared with costs from other machines in the same price range, but the colour page cost lies in the middle of the field.


The PIXMA MP620 is a good, mid-range all-in-one machine, with the advantage of wireless connection and the flexibility of twin paper trays…if you can get them both to work. While it doesn’t have several of the extra facilities of the MP640, there’s a good price differential between them, so it’s very much a question of horses for courses.