Canon’s HD camcorders managed to dominate the quality high ground for most of 2008, even if this didn’t translate directly into sales supremacy. Now, however, the competition is getting much more fierce. New models are due from all the major competitors, and Panasonic has already laid down the gauntlet with the HDC-HS300.


So Canon had to respond with something a little more than the mild update of the HF11. And it has. Canon’s latest models sport new CMOS sensors, and the company reckons they are so special they even have a new name – Legria. This week, we take a look at the flagship of the range, the Legria HF S10.


If you’re familiar with Canon’s naming strategy, you may already have guessed this is a flash memory-based high definition model, like the other HFs before it. However, as with the HF11, now you get a 32GB complement as standard, plus Canon’s ‘Dual Flash Memory’ means you can add an equal amount in SDHC format on the top. 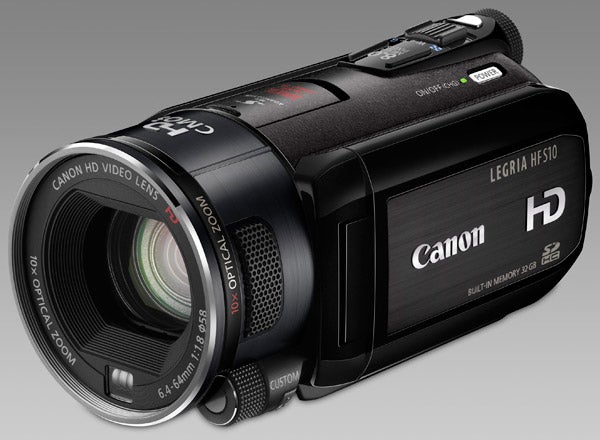 But the big news is the sensor. Many of the previous Canon HD models used the same 1/3.2in CMOS. Performance was excellent, better than anything else released in 2008. Still, now that Panasonic has gone one better with the trio of 1/4in CMOS sensors in the HDC-HS300, Canon is not resting on its laurels. The Legria HF S10 sports a larger 1/2.6in CMOS, with more than twice the resolution than previous models, at 8.59-megapixels. Canon uses 6.01-megapixels when shooting movies and 8.02-megapixels for stills. With only 2.07-megapixels required for Full HD, Canon is clearly oversampling to further improve image quality.


Like the HF11, HG20 and HG21, the Legria HF S10 sports a 24Mbits/sec top data rate, conforming to the H.264 High-Profile Level 4.1 standard. This means you can shoot nearly three hours even at the best quality option using just the internal storage. There are five quality settings, two using Full HD and three operating at the same 1,440 x 1,080 resolution as HDV.

You would expect such a high-end internal specification to come with semi-pro features to match, and the Canon Legria HF S10 doesn’t disappoint. In fact, it would appear that Canon has thrown pretty much every possible function it could imagine into the Legria HF S10. These are accessed via the joystick on the edge of the LCD, along with the Function button beneath.


On its own, the joystick calls up a long list of options, including frequently used settings such as backlight compensation and the basic exposure control. Canon’s version of face detection has also joined the selection, as has a Pre-REC functions for constantly buffering footage. So when you hit record this is tacked on the front, in case your reactions were too slow.

Another neat feature is the 1.7x digital telephoto, which takes advantage of the extra CMOS pixels to provide a digital zoom that doesn’t involve interpolation – something Canon has already been offering on its standard definition models, such as the Advanced Zoom on the FS11. You can also use this menu to access the built-in video light, which pops up on top of the lens in the same housing as the pop-up flash. 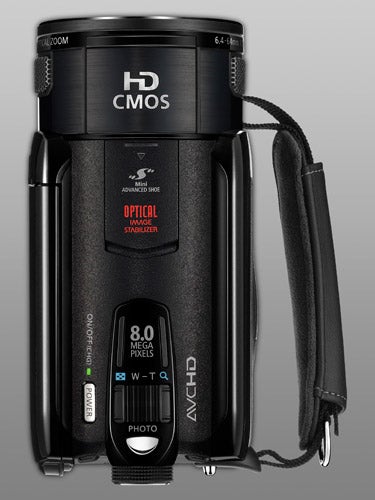 Naturally, Canon offers its usual suite of manual control modes via the Function button. The shutter and aperture priority options are there. Alongside the Exposure setting, these provide quasi-independent control of both parameters. Alternatively, you can use Cine Mode or one of the eight Scene presets. The Image Effects give you a wealth of control over how your video is recorded, offering Vivid and Neutral colour, plus Low Sharpening, Soft Skin, or fully customisable options. 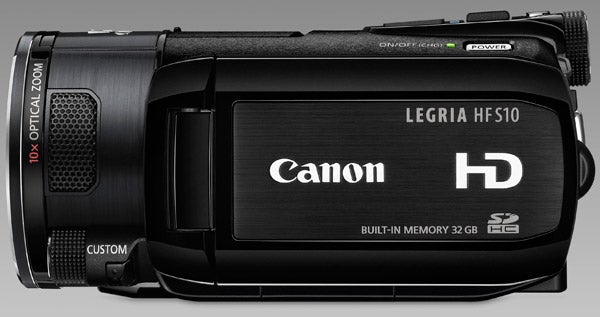 However, one area where Canon remains resolute is in its non-inclusion of a lens ring. Previously, the company claimed its Instant AF was so good most people wouldn’t want manual focus. Now Canon goes halfway with a little wheel beside the lens. By default, this operates the manual focus. But it can also be configured to control exposure, assist functions, mic level, and AGC limit.


To sweeten the deal still further, Canon now includes an optional peaking display, which works in the same way as JVC’s Focus Assist. This puts coloured fringes around objects which are in focus, and you can also switch the LCD to monochromatic to make this even more obvious. But the frame still magnifies during focusing to aid adjustment, so peaking can be left off if you don’t get on with this method. 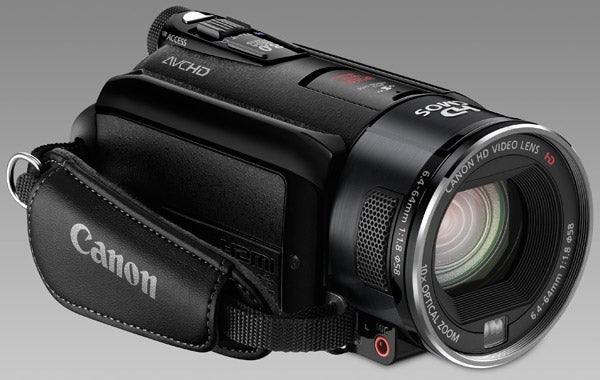 Our other bone of contention with recent Canons was the lack of a standard accessory shoe. The S10 continues this irritating tradition, but at least houses its proprietary “S” Mini Advanced Shoe under a solid sliding cover, which is in a different league to the plastic flaps most manufacturers use. We’re also not happy to see that the tripod mount remains towards the front, at least an inch away from the camcorder’s centre of gravity. But the AV mini-jack also doubles as a headphone connector, with its function switchable in the menu. There’s a mini-jack for an external microphone near the front of the lens too.

So in terms of features the Legria HF S10 ticks even more boxes than its predecessors, albeit with some of the same foibles. But the more important question is – can it beat the Panasonic HDC-HS300’s stunning image quality? In good lighting, you would have difficulty saying which of the two is better, coming down primarily to personal preference. The Canon produces a more saturated image by default, where the HS300 is more naturalistic. Neither is necessarily better, and Canon’s Neutral image effect provides tamer colour. 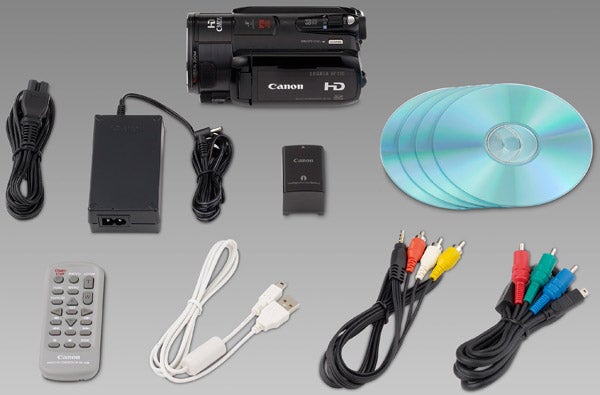 However, the S10 pulls marginally ahead in lower light. The S10 maintains a brighter image than the HS300 as illumination drops, and here its greater saturation pays off as more colour also remains. There is quite a lot of grain in low-light shooting, noticeably more than the HS300 produces, but as with last year’s Canons it’s very fine. The grain, therefore, doesn’t ruin the image and more detail is visible than with the HS300. Overall, it looks like a single large CMOS has bettered three slightly smaller ones yet again. 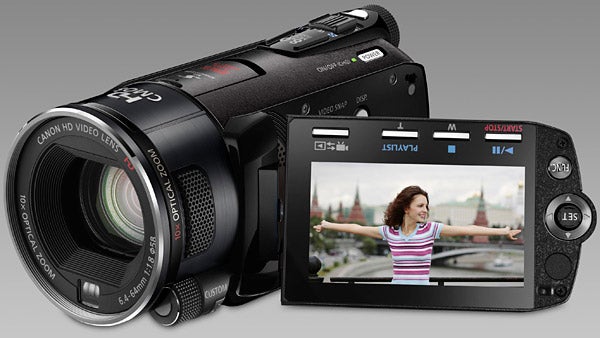 
We’re still only in March and 2009 is already turning out to be a bumper year for camcorders – credit crunch be damned. Canon knew it had to pull out all the stops with the successor to last year’s HF10 and HF11, and in terms of features and quality it has. We still prefer Panasonic’s lens ring to Canon’s wheel when focusing, and the HDC-HS300’s use of a standard accessory shoe leaves your peripheral options open. But in other respects the Legria HF S10 provides an even more mature set of controls.


Our only concern, yet again, is the price. Camcorder costs have increased by around 20 per cent due to the weakness of the pound. But even taking that into consideration, the S10 is hugely expensive. So although it’s another great camcorder, in the current economic climate its greatness is likely to reach fewer purchasers than it should.