Although high definition camcorders started to reach affordable levels in 2008, the credit crunch has pushed prices back up. So you may now consider the 2009 models too pricey again and instead plan to stick with standard definition. There are other reasons to eschew the higher resolution, though, many of which are epitomised by Canon’s Legria FS21. The successor to the FS11, it’s light and compact, yet promises quality and features beyond its size, with storage and battery life for hours of shooting.


Internally, the FS21 isn’t that different from its predecessor. The sensor is still a 1/6in CCD with 1.07-megapixels. The maximum still image resolution remains a modest 1,152 x 864, and 710,000 pixels are employed when shooting video. Since this is about 70 per cent more than is required for standard definition video at 720 x 576, Canon can extend the already enormous 37x optical zoom to 45x with its Advanced Zoom system. This is a digital zoom, but without the loss of detail usually associated with expanding the frame digitally. You can turn on digital zoom as well, with a ludicrous 2,000x factor, but you won’t be able to make out anything at full telephoto. Amorphous blotches of colour will be all you can see. 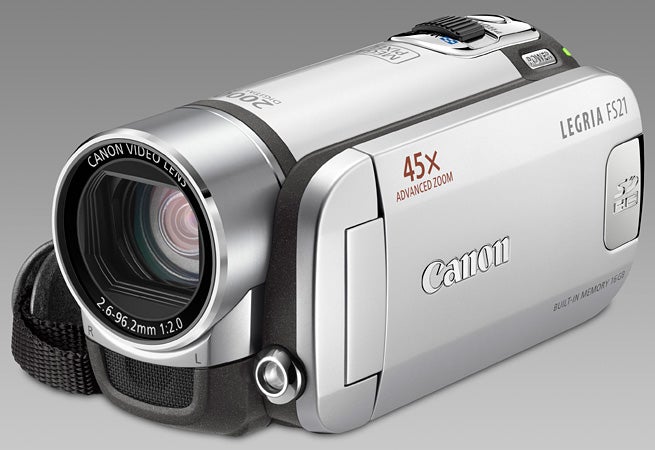 This model also includes 16GB of flash memory and offers the same three quality modes as the FS11, ranging from LP at 3Mbits/sec to XP at 9Mbits/sec. Even in the top mode, the onboard memory will be sufficient for over three and a half hours of footage. There is also an SD memory card slot hidden in the same compartment as the battery. The latter is reassuringly large and provides over three hours of power, which is a good thing as the captive format means that there will be no option for a larger battery. 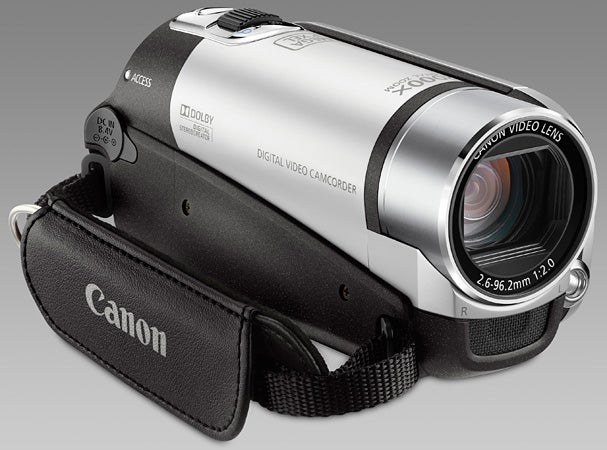 Where higher-end features are concerned, the FS21 sits in a slightly curious halfway house between pure point-and-shoot and more serious camcorders. It doesn’t have a lens ring or accessory shoe, but Canon has blessed it with mini-jacks for an external microphone and headphones. The latter also doubles as an AV output, with the function switchable in the menu.

The expanded joystick capabilities of Canon’s high definition Legria models has been brought over to the FS21, although the range of settings available is far fewer. Flicking the joystick up provides immediate access to turning the LED video light and a chosen digital effect on and off, as well as toggling backlight compensation. It also enables the exposure control and manual focus, which are then configured by flicking the joystick left or right. The final option accessible via the joystick is the Pre-REC function. This continually buffers video to memory, so a few seconds ahead of when you press record are tacked onto your footage, vastly reducing your chances of missing an important moment.

The remaining settings are accessed via Canon’s now familiar Function button. But here again the range is less than with higher-end models. Alongside the standard Program AE mode, there’s shutter priority mode and the usual array of scene modes, including Portrait, Sports, Night, Snow, Beach, Sunset, Spotlight, and Fireworks. However, there’s no aperture priority mode available. You also get a subset of Canon’s Image Effects. There are Vivid and Neutral options, for increasing or reducing saturation respectively, plus a soft skin detail mode. But there is no direct control over sharpening, and no custom option. Few camcorders offer sharpening control, although Canon’s high-end models do. 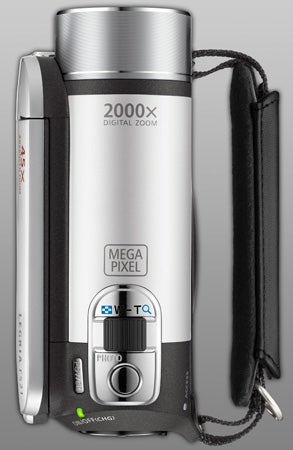 An extra full menu level is also available, but this only includes settings that you probably won’t want to access after initial setup, except possibly switching the camcorder’s AV/headphone mini-jack between its two functions. Overall, whilst the FS21 may not provide as much manual control as Canon’s premium camcorders, it still offers easier access than most models in its class, in particular JVC’s. However, it’s also worth noting that none of the manual settings are available in Dual Shot mode, neither via the joystick on its own nor using the Function button. So if you want to take photos at the same time as shooting video, you will be confined to using the camera entirely in auto mode.

Canon’s FS11, punched above its weight in image quality terms, and with an identical sensor the FS21 wasn’t going to be a sea change. However, it does perform slightly better in low light, with a brighter image overall. There is a lot of grain visible, though, which obscures fine detail. So whilst the FS21 does a better job than most camcorders with 1/6in sensors do in low light, JVC’s latest models with a similar specification perform just that little bit better, with less grain visible. 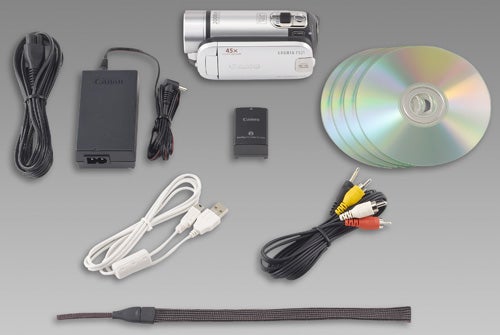 In brighter conditions, the FS21 produces really quite commendable video for a standard definition model, as did its predecessor. Colours are bright and saturated, which you can tweak with the image effects if you prefer more or less vibrancy. The picture is sharp, with the autofocus and exposure reacting well to changing conditions. Overall, the FS21 fits the bill nicely for a budget point-and-shoot camcorder, picking up an attractive image except in the poorest illumination. 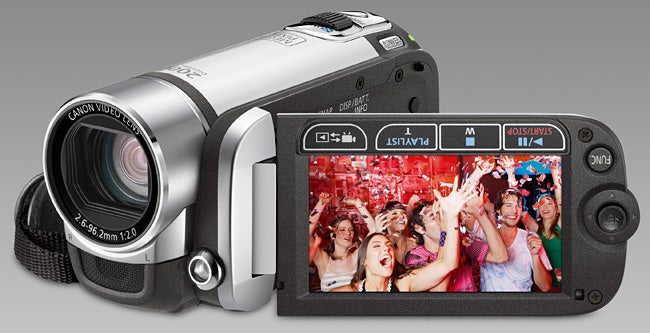 Video is recorded in MPEG-2 format to the now relatively ubiquitous MOD file type, which incorporates Dolby Digital audio. This is now widely supported by editing software, although some apps will prefer the files are renamed as MPG. If you just want to watch footage on a TV, the AV mini-jack provides composite video and stereo RCA audio via a breakout cable.


The Canon Legria FS21 has a lot going for it. Video performance is great for a camcorder this size and there are a few extra capabilities readily available when you want a little bit more control. However, its image quality is slightly behind JVC’s Everio GZ-MS120 in low light. The JVC is lacking a few of the Canon’s features and you will need to add your own memory as none is built in. But at over £100 less than the FS21, it’s better value overall.