For those of us who celebrate the miracle of western consumerism, the festive season of Christmas is fast approaching, and judging by the number of requests for advice that I’m getting from readers, most people are already deciding what presents they’d like to give (and receive). Digital cameras are always a popular choice as Christmas presents (they’re so easy to wrap!) so I think I can safely say that this Canon IXUS 860 IS will certainly be appearing in plenty of Christmas stockings this year. 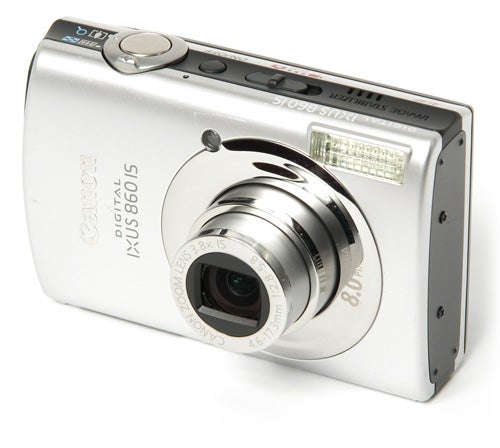 The 860 IS is an 8.0-megapixel compact camera featuring a high quality 3.8x image-stabilised zoom lens with a wide-angle end equivalent to 28mm, and a large high-resolution 3.0-inch LCD monitor. Like most of Canon’s Digital IXUS range it is a fairly expensive product, selling on the high street for around £240, or from online retailers from a little over £200. It’s a lot of money for an 8MP compact camera, especially when there are models as good as last week’s Casio EX-S880 available for under £140, so what’s so special about the 860 IS that justifies such a high price? 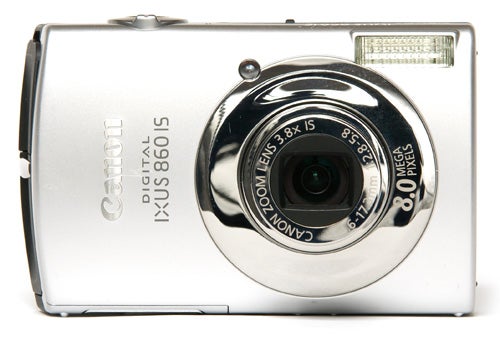 As with most of the Digital IXUS range, the initial impression of the 860 IS is very positive. It is very attractively styled, and is surprisingly heavy for such a small camera, weighing a hefty 155g despite measuring only 92.6 x 58.8 x 25.9mm. This feeling of density lends it an air of unmistakeable quality, and it certainly feels expensive, always a useful feature for a Christmas present. Build quality is, typically for Canon, of a very high standard, with a body shell that is mostly metal. The only real weak point is the card/battery hatch, which is a bit flimsy, with a rather loose plastic hinge. The camera is only available in the flat semi-matt silver finish of my review sample, but you can get it with either a black lens surround or the chrome version shown here.

The camera’s most obvious feature is its large 3-inch LCD monitor. It takes up most of the back of the body, leaving little room for the controls. As a result things are rather crowded at the right hand side, with four buttons and a small D-pad squashed up at the end. Despite this however, the controls do not fells cramped, and the buttons are reasonably large and easy to use. The D-pad is a little fiddly, and it does have a lot of features and options to control, but it’s fairly quick once you get used to it. Like most Canon cameras, the 860 IS has a function-button menu which presents the most commonly used shooting options down the side of the screen for quick adjustment. It is basically a snapshot camera, so it’s not exactly overburdened with features and options, but it does have a useful list of colour options, including various skin tones, as well as a custom setting with adjustable contrast, sharpness and saturation. As well as the fully-automatic program mode, it also has a useful selection of ten scene modes covering all the usual eventualities, including an underwater mode for use with the optional waterproof case. 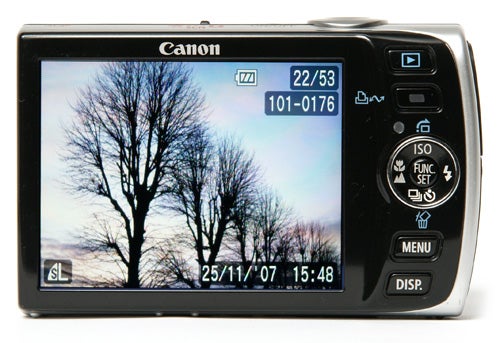 The LCD monitor itself is excellent. It is a high resolution 230,000 pixel screen, which is nice and sharp despite its large size. It has an exceptionally wide angle of view both vertically and horizontally, which makes it ideal for tricky overhead shots, as well as for showing your pictures to a group of friends. Like most Canon screens it has an effective anti-glare coating, and is bright enough to use in bright daylight. This is just as well, because unlike some models in the IXUS range the 860 IS has no optical viewfinder.


The other stand-out feature is the lens. The 860 IS is one of those relatively few digital compact cameras to have a wide angle end equivalent to 28mm. Most compacts start at around 35-38mm, so that extra bit of wide-angle comes in very handy. It’s useful for getting large groups of people into the frame at parties, and also for capturing panoramic landscape snaps. The 3.8x zoom range means that the telephoto end of the zoom is about the same as most other 3x zoom cameras, equivalent to 105mm. 28-105mm is a nice focal length range, and used to be a standard zoom range on many 35mm cameras, so older photographers may find it reassuringly familiar. 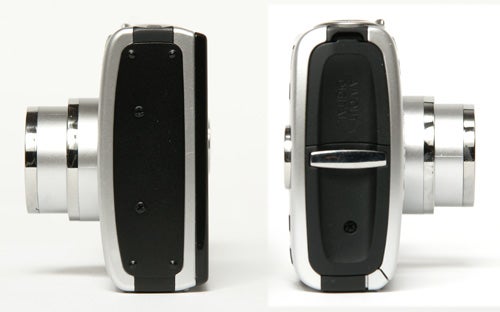 The 860 IS features Canon’s acclaimed optical image stabilisation system, and as usual it is very effective. I found no problem with taking hand-held shots at shutter speeds as low as 1/10th of a second at full zoom.

The camera’s real quality, and the justification for that rather expensive price tag, comes in its overall performance. It starts up extremely quickly in a little over one second, and shuts down again nearly as quickly, but it is the autofocus system that really stands out. It is one of the fastest and most accurate AF systems I’ve ever seen on a compact camera, focusing in a fraction of a second in virtually all lighting conditions, including total darkness thanks to a very powerful AF assist lamp. I found it had no problem with moving subjects, and even the face detection system worked exceptionally well, quickly detecting and focusing on multiple faces within the frame, even at quite long ranges and in low lighting conditions. In single-shot mode it can shoot pretty much as fast as you can press the shutter button, easily maintaining approximately 1.2 seconds per shot, while in continuous shooting it can manage a speed of 0.7 seconds per shot, and appears to be able to keep this speed up until the memory card is full. The flash recharge time is also very quick at around four seconds after a full-power flash shot. 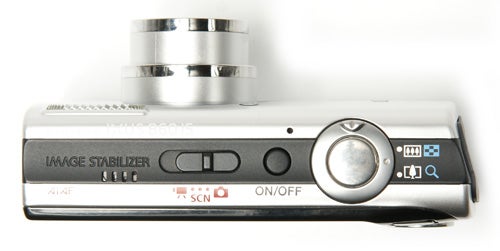 If you’re paying £200 for a camera you should expect good image quality, and again the 860 IS does not disappoint. I used it in a wide range of situations, from a rather wild and drunken house-warming party to a tranquil sunset, and it provided outstanding results every time. The lens does produce some noticeable barrel distortion at the wide-angle end, but it is no more than I’ve seen from most other 28mm-equivalent compact lenses, and it disappears quickly at slightly longer focal lengths. Overall sharpness is very good, only really dropping off at the very corners of the frame, with no trace of chromatic aberration or purple fringing to be seen. The overall level of fine detail isn’t as high as I’ve seen from some 8MP cameras, possibly due to some anti-alias filtering, but it is still good enough to produce first-class results in most circumstances. Exposure and colour rendition are pretty much perfect even in low light, and the auto white balance copes well with a range of indoor lighting. Image noise control is also very good, producing excellent results at 400 ISO, and printable quality even at 800 ISO. Only at the maximum 1600 ISO did I notice any real breakdown in image quality, with a slight change in colour balance in the darker areas of the image, but even this setting was usable at a push. 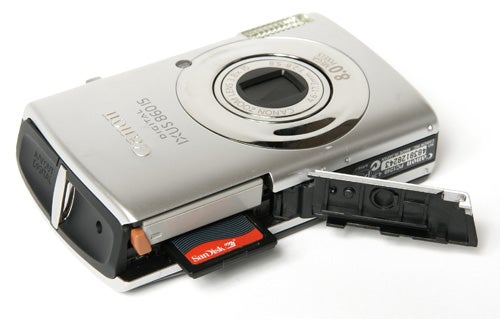 The Canon IXUS 860 IS is an expensive camera for an 8MP pocket compact, but it justifies it with stylish design, exceptional build quality, class-leading performance and outstanding picture quality. Its wide zoom range provides greater versatility than most other compacts, and it turns in excellent results in virtually any situation. It is certainly one of the best compact cameras on the market, and will no doubt make a welcome gift for many this Xmas. 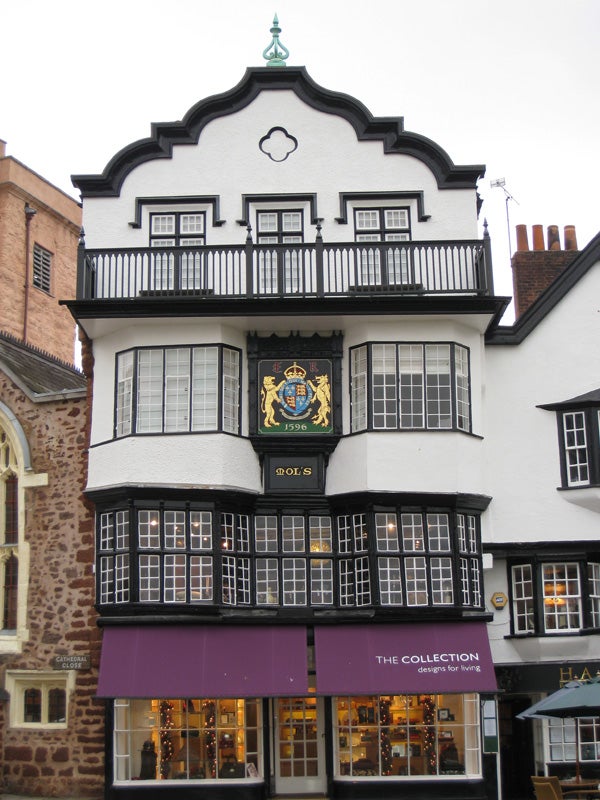 This is a full-frame view of the minimum ISO setting. 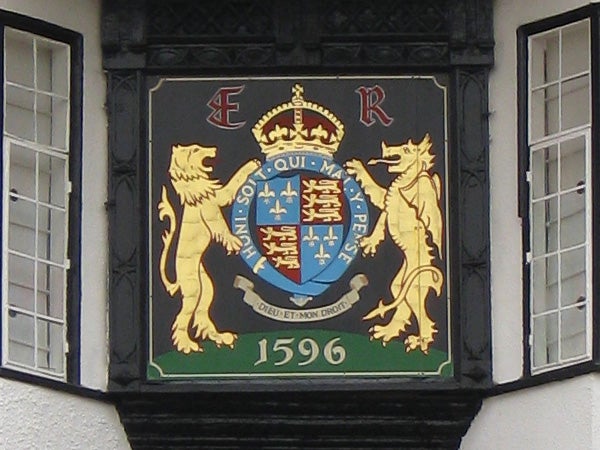 At 80 ISO the image quality is pretty much perfect, with accurate colours, good detail and no noise at all. 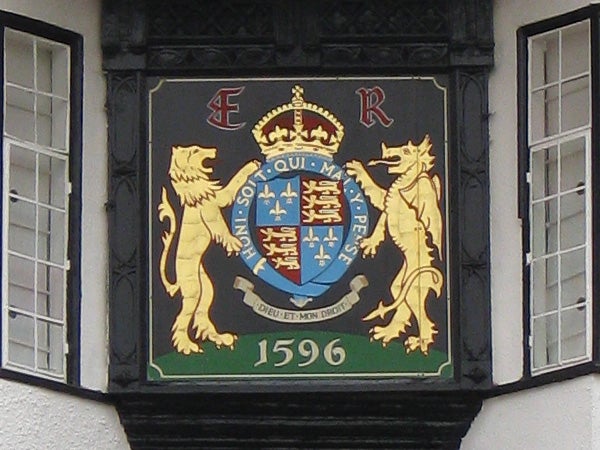 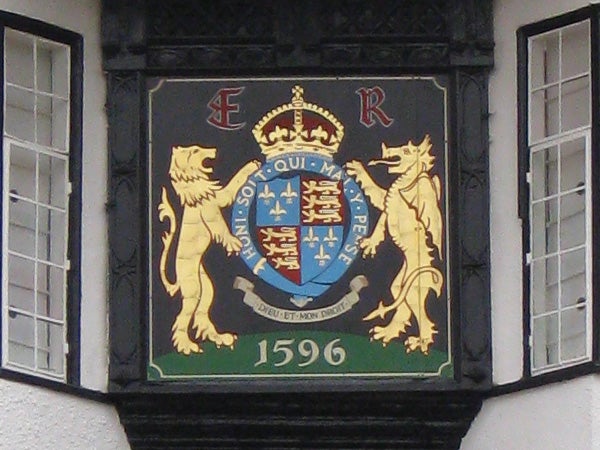 There is a small amount of noise visible at 200 ISO, but not enough to worry about. 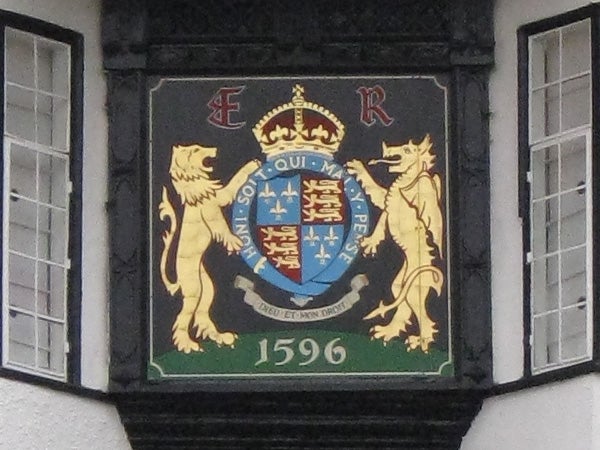 As usual with Canon cameras, the more damaging chromatic noise is well suppressed, leaving only a little grain-like luminance noise at 400 ISO. 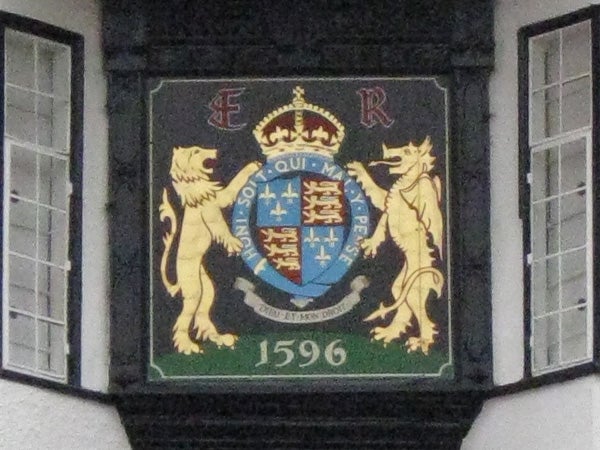 Noise is a lot more noticeable at 800 ISO, but there is still a good level of detail and the shot is printable. 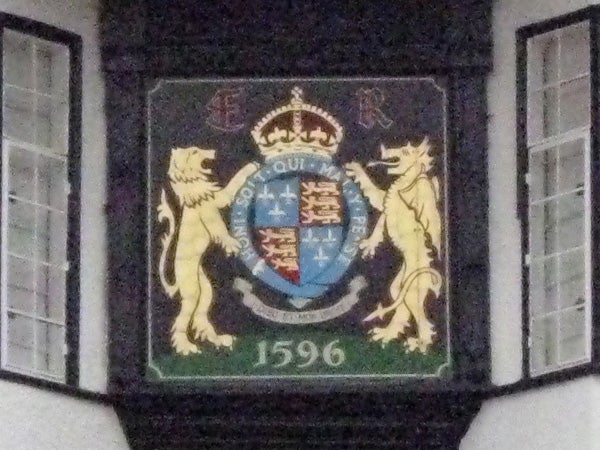 Image quality does break down somewhat at 1600 ISO, with visible colour distortion in the darker areas. 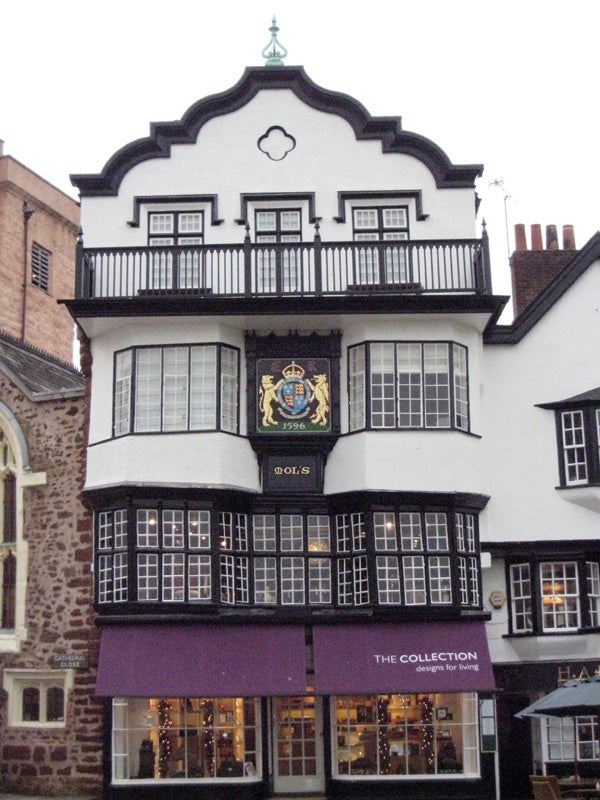 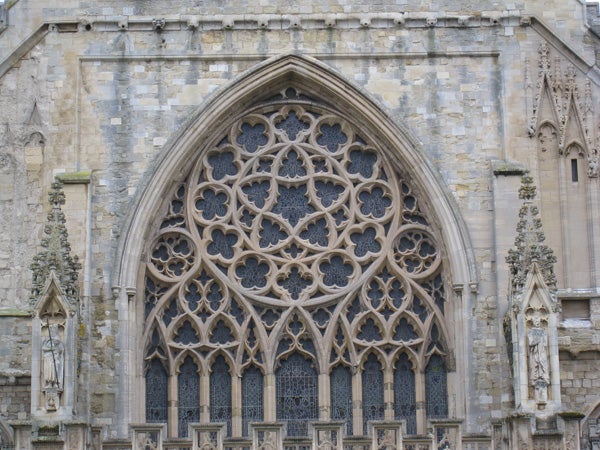 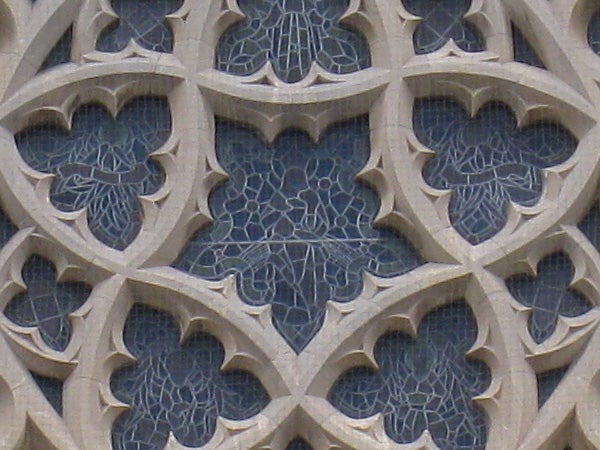 The level of fine detail isn’t as good as some other 8MP compacts I’ve tried, but still isn’t bad. 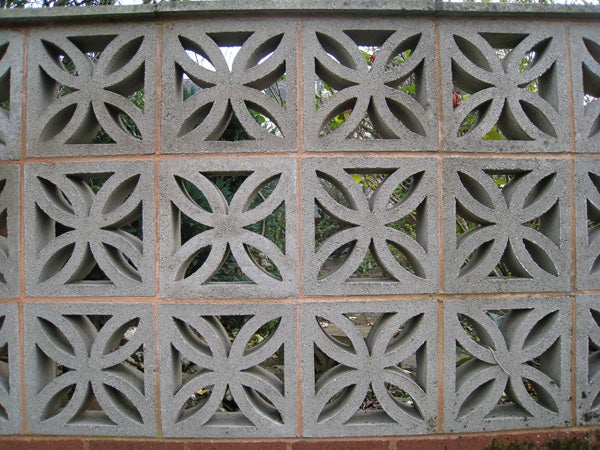 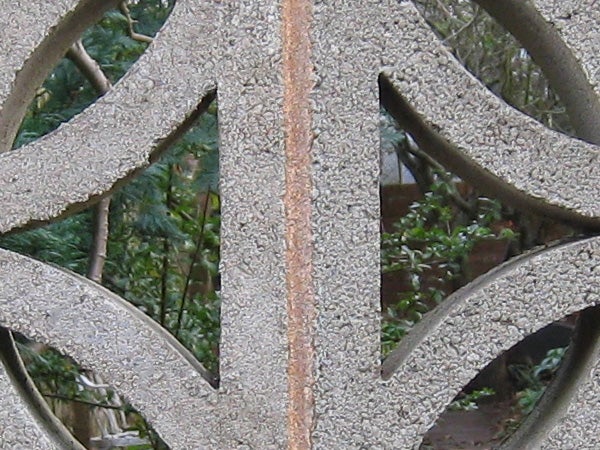 Sharpness at the centre of the frame is excellent. 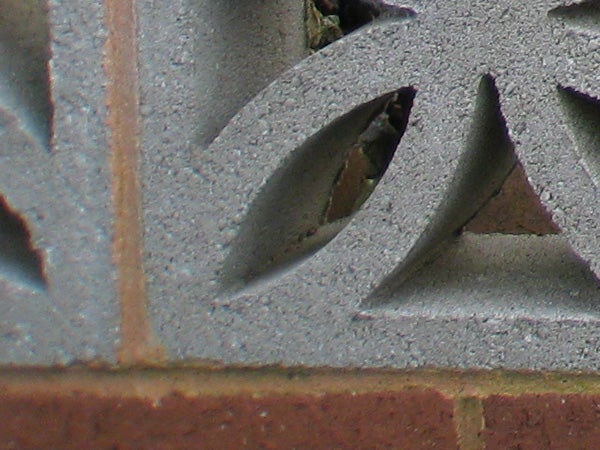 Sharpness only falls off at the very farthest corners of the frame. 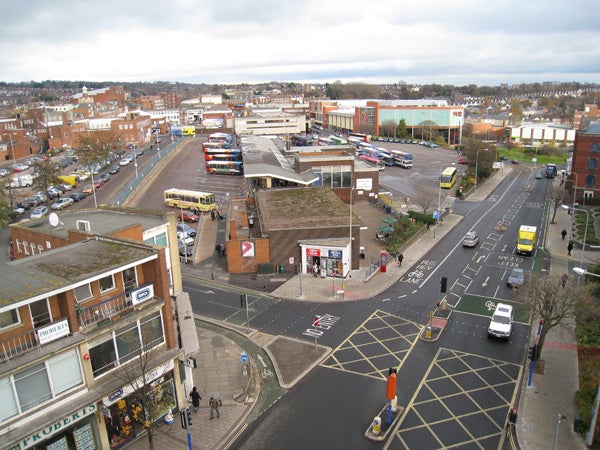 The 28mm-equivalent wide angle end of the zoom range is much wider than most other compacts, and is great for panoramic landscape shots. 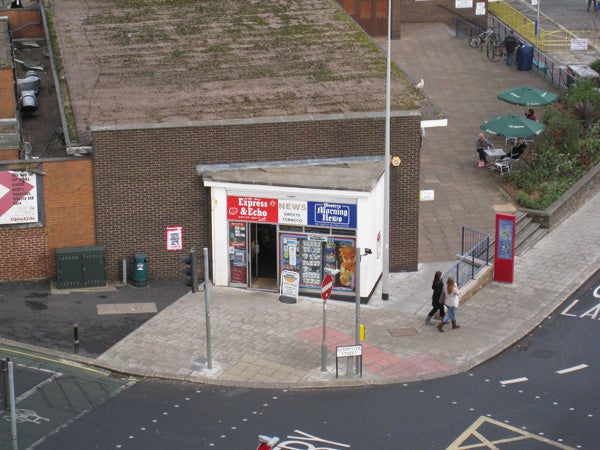 The telephoto end of the 3.8x zoom is equivalent to 105mm, which is about the same as most 3x zoom cameras. 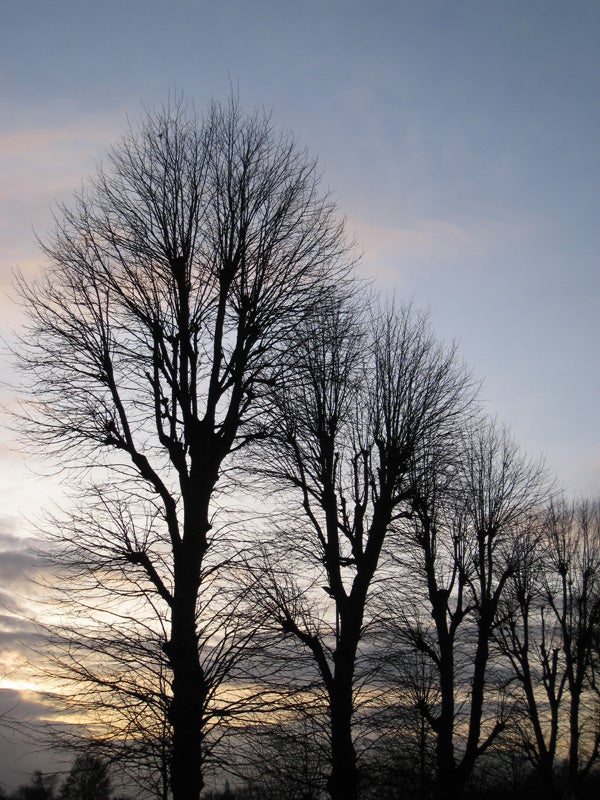 Colour reproduction and low-light exposure at spot on. 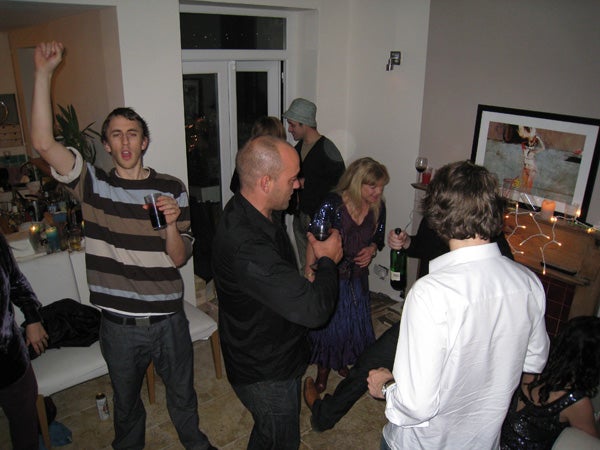 Flash range and coverage are excellent even at wide angle, and the face detection system copes well with social situations. 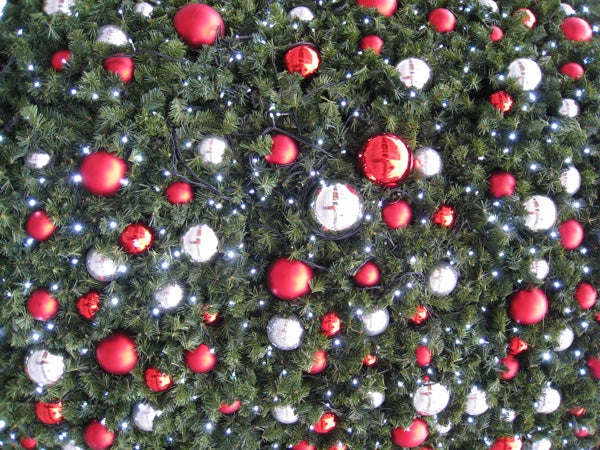 Need I remind anyone that it’s less than 30 days until Xmas?