It seems like barely a month goes by without Canon launching a new IXUS. The range has become almost as synonymous with digital compact cameras as the Apple Ipod has with MP3 players. Canon has always placed style, compactness and image quality as the major attributes of the IXUS and with this in mind, the IXUS 80 IS follows that ethos. 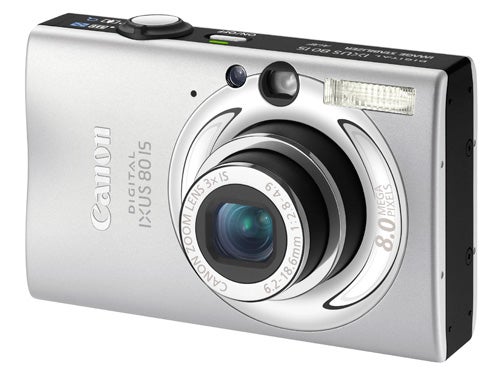 Announced in January, the camera is available in four colours Classic Silver, Caramel, Chocolate and Candy Pink. This reflects Canon’s desire to appeal to both the fashion conscious and to women, a move that coincides with Canon’s recent marketing campaigns and presence at events such as London Fashion Week. To top off its stylish looks the body has an aluminium outer casing giving a feel of quality and sturdiness.


In many other respects the camera offers little over its rivals. A 3x zoom covers most general snapshot eventualities, though it’s 38-114mm equivalent lens is hardly a world shaker. Speaking of shaking, the lens does come with Image Stabilisation – hence its IS moniker – designed to reduce camera shake. This is a feature that’s rapidly becoming a standard fixture on both digital compacts and on DSLRs, and in the formers case, is welcomed. While the advertisers try to sell IS as a low light necessity, in actual fact it’s become a necessity of digital cameras whatever the lighting. Most people use compacts at arm length, composing the image via the LCD. This is hardly the most stable position for taking images and camera shake is an ever-present danger. Similarly I have found that the increased pixel count of cameras means that the pixels are smaller and pushed even closer so the slightest movement is amplified. The inclusion of IS is therefore necessary in all light, not just low light. 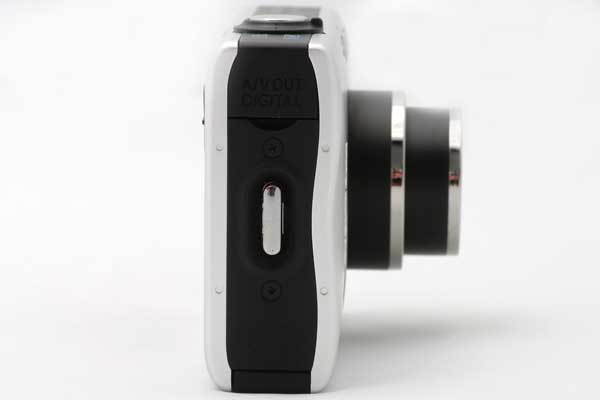 The pixel count itself is 8 million pixels, placing it at the lower end of the current crop of IXUS in resolution terms. Processing is performed by Canon’s DIGIC III processor, to produce maximum quality JPEGs at approximately 2-5 MB closed (depending on the subject and level of detail) and 22.9 MB when opened. The quick processing speed allows maximum burst speed of 1.3 frames per second for the capacity of the card. 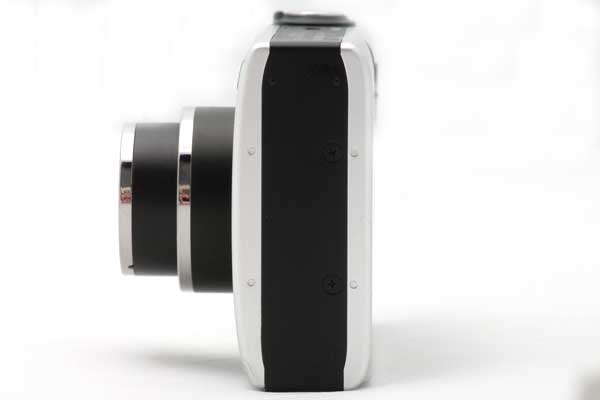 Unusually the IXUS 80 has an optical viewfinder, which offers a real image zoom view, while for the arm-length fans, the 2.5 inch LCD should suffice. This has a fairly typical 230K dot screen, with 1 levels of brightness adjustment and also offers access to the camera menu system and image playback.

The wide range of electronic or photographic features auto and manual shooting, with auto allowing basic one click shooting, and manual allowing the user to change ISO, bracketing, metering modes and so on. It doesn’t offer the options to change shutter speeds and aperture.


The sensitivity covers a broad range over ISO 80 to 1600, and along with an auto and Hi Auto mode features Motion Detector Technology. This detects when the subject is moving so sets the appropriate shutter speed/ISO combination to ensure the subject is sharp (as opposed to Image Stabilisation which counteracts camera movement to ensure image sharpness). 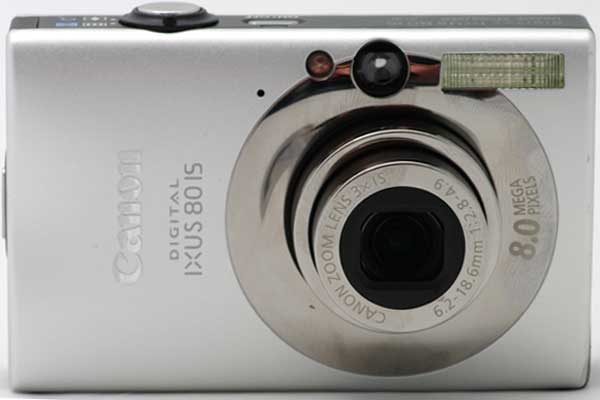 Metering options include evaluative and in manual mode centre weighted and spot metering, while there’s the choice to adjust the exposure by up to ±2 EV should the meter get it wrong. The evaluative meter and the AF system are both linked to the cameras Face Detection technology, which recognises, focuses on and correctly exposes any human faces within the image. This is also backed up by the White Balance system, which produces the correct flesh tones in Auto mode.


Other exposure options include a range of scene and subject based modes. As well as covering standard favourites like portrait, night portrait and sport, there are settings such as Sunset, beach, kids and pets and even aquarium! You can also adjust the colour tones of images using the MyColors mode to increase saturation, lighten or darken skin ones, go monochrome and so forth. In all eighteen scene modes and twelve colour modes are included.


The built-in flash has a range of 3.5m with red eye reduction and also offers Face Detection exposure compensation, so when a face is recognised it adjusts the output to prevent over exposure. 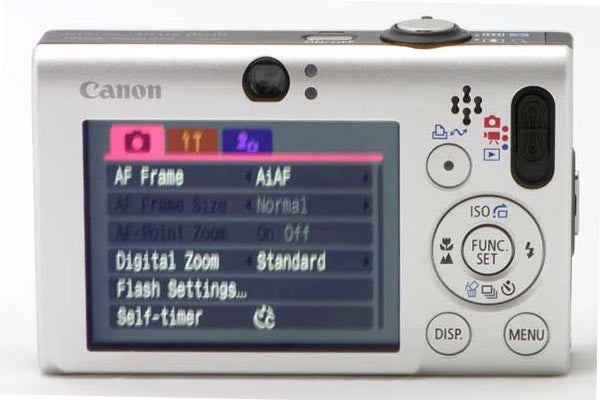 As compacts go, the IXUS 80 IS isn’t the highest specified, the best or the cheapest. What it doesn’t lack though is plenty of style and easy handling. For many people the auto everything option will work, while there is a little more for those who like a bit of control. This is where the interface comes into its own.


The buttons are easy to operate, and though recessed into the body are large enough for the most ham fisted among us. With a separate function menu, you can easily change image size or White Balance amongst others while the four way controller’s compass points lets you access the controls for flash, drive, WB and focus.

Similarly the deeper menus are simple to access via the menu button and the menus large typeface and bright colour scheme make for easy read.

It’s a small camera but it’s well balanced with a tough feel, yet it has a refinement to it that’s lacking on some other models. It’s responsive shutter button takes images quickly with minimal lag, though it’s by no means comparable to a DSLR, while the zoom quickly moves through a steeped zoom range. This is backed up by a speedy AF system, that works in most lighting, though falls over a little in particularly dark rooms, where in conjunction with the flash can occasionally produce blurred images. 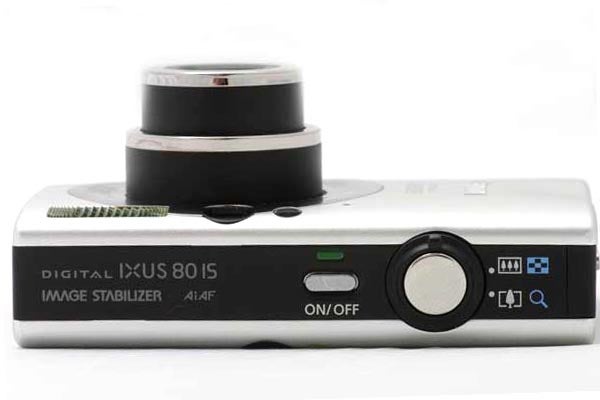 Image quality on first sight is pleasant. Images are generally well exposed – even subjects that I’d expect to need exposure compensation, ie very bright or dark subjects – are within the bounds of acceptable, with around half a stop of error.

Unfortunately the images display a familiar digital tint, common on sensors over 6MP. There’s a grittiness to them, with noise displaying itself at close inspection, especially in areas of shadow detail. Combined with slightly aggressive compression in order to process and move and store the data, the images can suffer from a lack of detail, seen for example in detail, where the tones are very similar.

This is compounded by a lack of detail from the lens, with some sharpness fall off in the corner of the frame at the wide end of the lens focal length. The IS system makes some difference to sharpness and it’s worth keeping it on all the time. 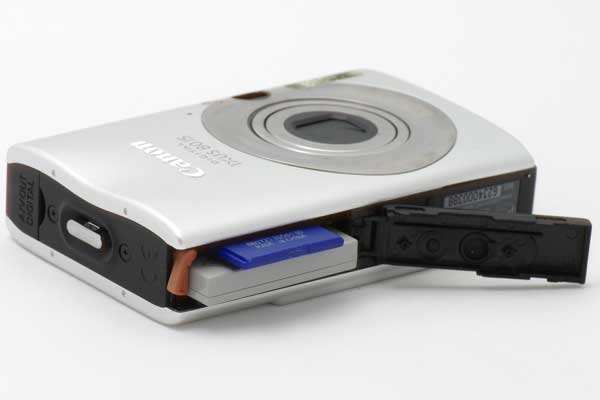 White Balance is better, the IXUS rarely getting it wrong, while noise at ISO 80-200 is passable it rapidly deteriorates as the gain is raised. On the positive side, at least the camera has a decent ISO range.

This is a camera designed to appeal more to the fashion conscious than the connoisseur, and as such it serves its purpose. It’s well made and very attractive, but is at the lower end of the IXUS range in terms of specification, features and price. Image quality is passable but I sometimes feel manufacturers try to impress too much with the gimmicks rather than get the fundamentals right first. The IXUS 80 IS is a case in point. 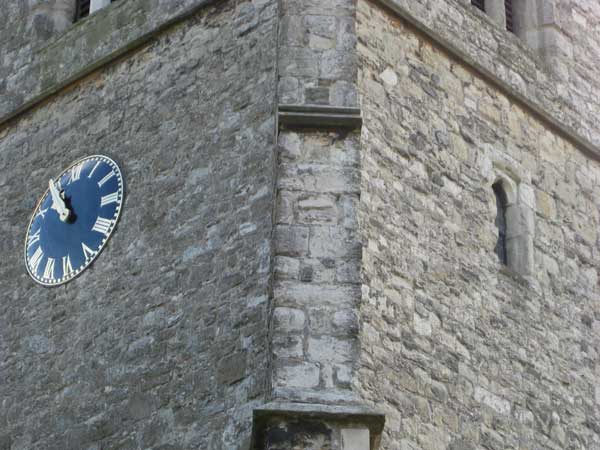 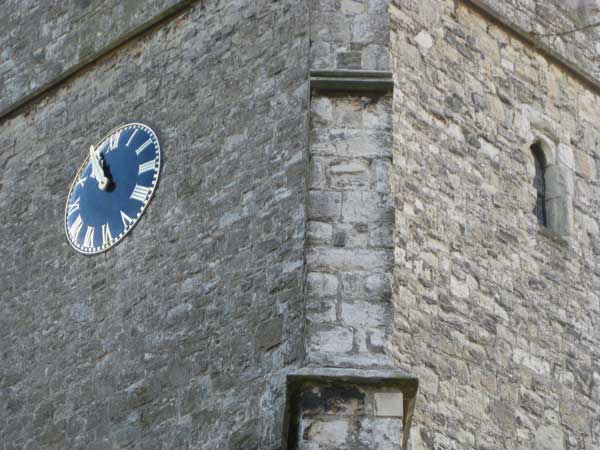 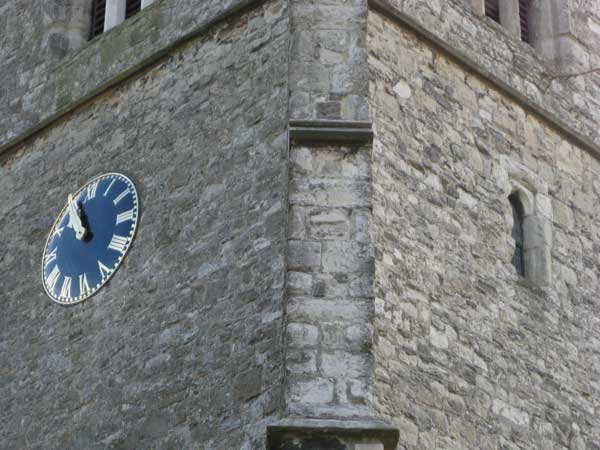 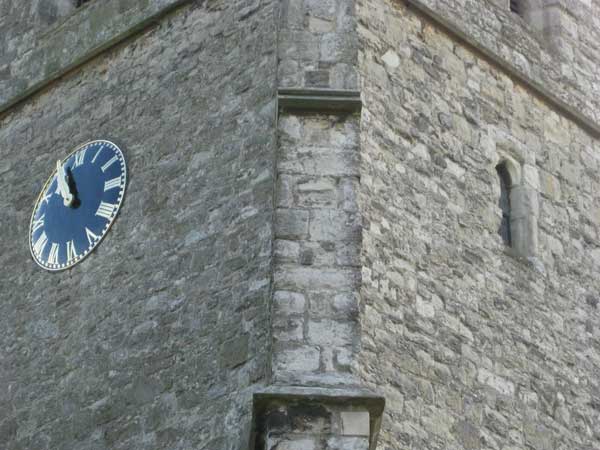 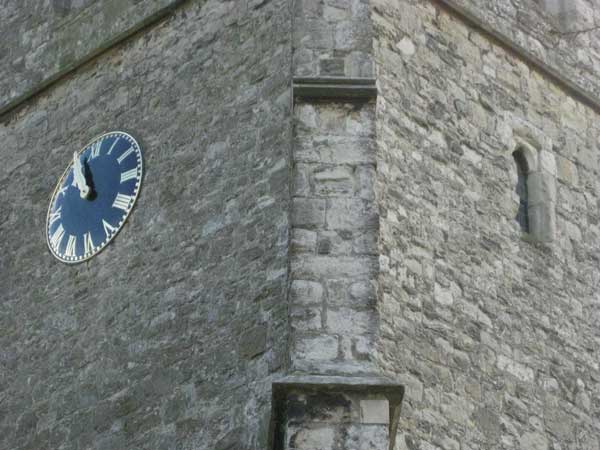 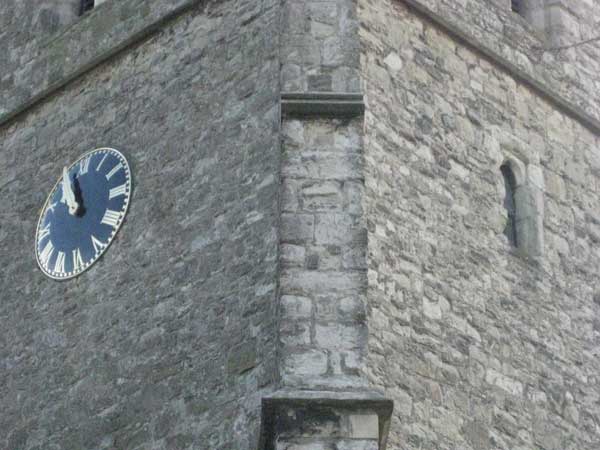 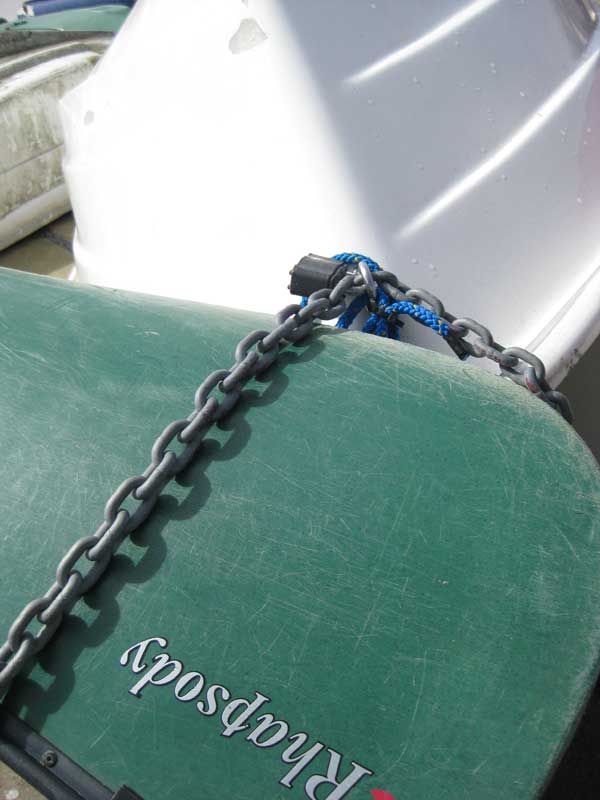 While the camera is capable of pleasant results close inspection reveals noise in the shadows. 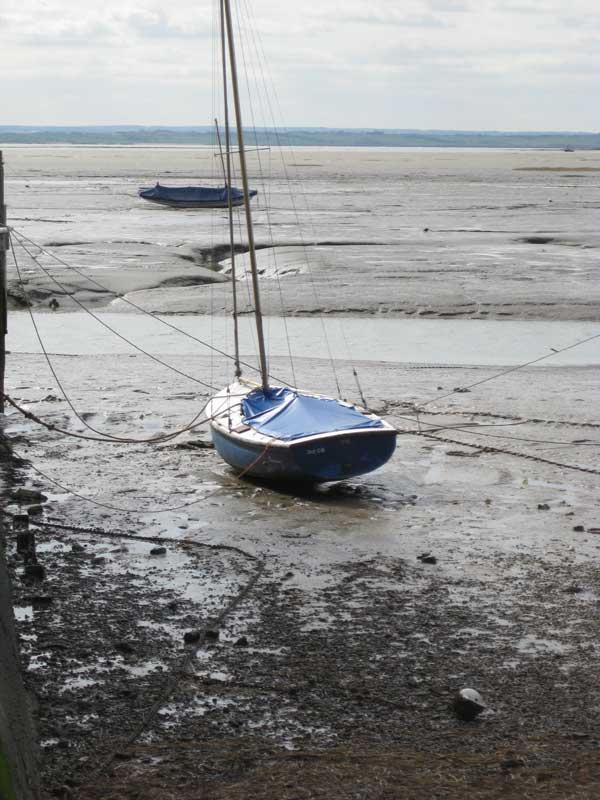 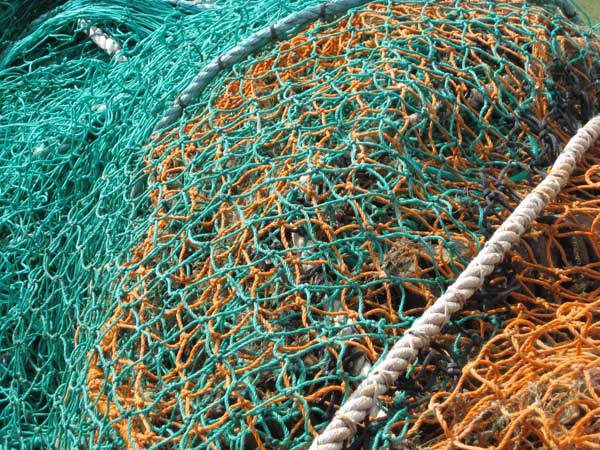 The White Balance and colour of images is very good. 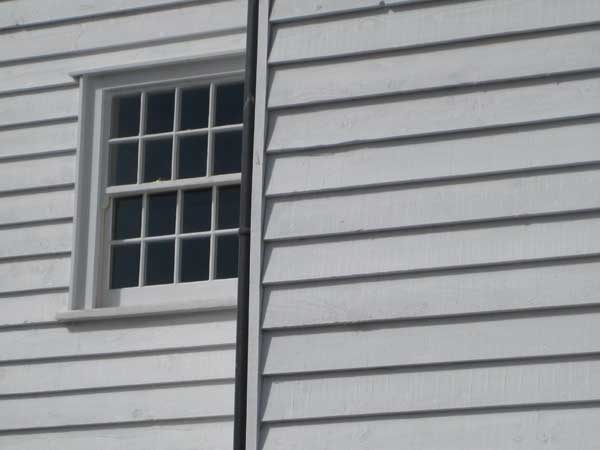 Exposure compensation of +1/2 EV would have lifted the whites.