Canon was somewhat late in bringing out a consumer HDV camcorder. Its HV10 only arrived towards the tail end of 2006 when Sony had already been through a couple of generations and is now turning its attention more to AVCHD. Although Canon will be joining the AVCHD market too when the HR10 arrives, the company still sees HDV as an important format. So here is the HV20, Canon’s second tape-based high-definition camcorder – and it looks like it was well worth the wait. 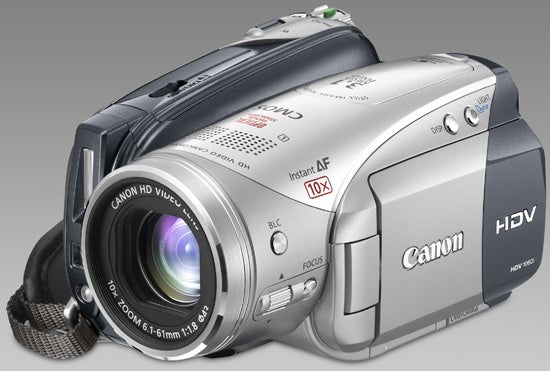 The HV20 shouldn’t be seen as a successor to the HV10, however. Where the latter has an upright palmcorder format, the HV20 takes the more conventional handycam approach. This will be more familiar for some, but it’s more a matter of taste. An initial glance at the specifications also shows that the internal workings are basically the same as the HV10. The sensor comprises a single 1/2.7in CMOS with 2.96 megapixels supplemented by the DIGIC DVII image processing system, and the f/1.8 Canon lens offers the same 10x optical zoom for an effective focal length of between 6.1 and 61mm. Both offer Canon’s excellent optical image stabilisation, which – unlike the electronic equivalent – doesn’t sacrifice resolution in return for more solid shooting. 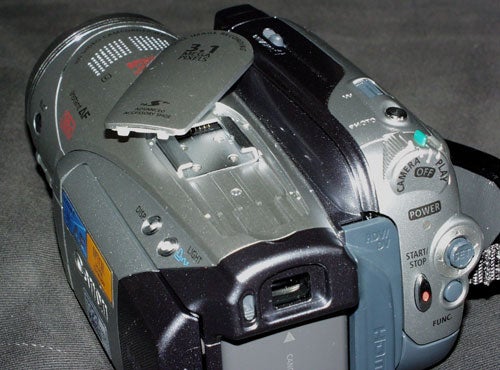 However, where the HV20 cruises ahead of its stable mate is in features. Nestling beneath a removable plastic panel is a standard-sized hot accessory shoe. So, unlike Sony’s consumer camcorders, you’re free to use regular third-party add-ons rather than being confined to proprietary branded ones. Underneath another panel is a minijack microphone input, and the composite A/V minijack doubles as a headphone connection, although you have to switch its function over in the menu. The HV10 lacks all of these. The tape transport is top loading, too, so the HV20 has all the basic physical checkboxes ticked for usage beyond point and shoot.

Other highlights include a separate button for backlight compensation and another for the built-in video light. One feature it doesn’t have is a manual focus ring, instead using a small wheel adjacent to the lens. This is not as tactile as a lens ring, but it is easy to use and focus assist can be turned on, with two levels of zebra, or peaking both at hand. 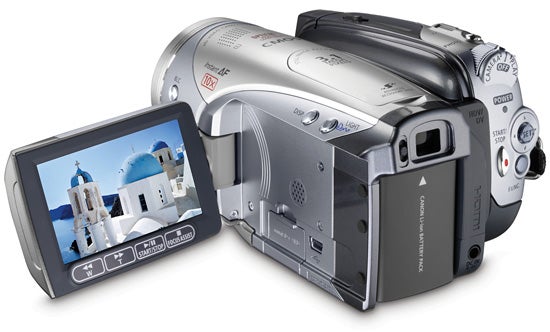 The little joystick available right next to your thumb is extremely user-friendly, however. This provides quick access to a variety of functions. Simply press the middle and you can scroll through exposure control from 0 to -11, manual audio levels, and setting the built-in speaker’s volume in playback mode. Hit the function button and the same joystick controls Program AE, Shutter and Aperture Priority modes, plus Cine. The shutter can be varied from 1/6 to 1/2000 sec and aperture from F1.8 to 8, although you can’t set both manually at the same time. There are eight Scene modes and five preset white balance configurations, plus the usual auto and manual. Image effects include Vivid, Neutral, Low Sharpening, Soft Skin plus a custom option. 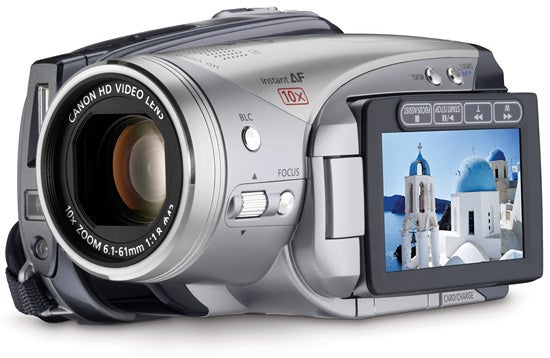 Delve further into the menu system and you will find another tasty option for the semi-professional – a 25PF progressive shooting mode. Unlike most camcorder CCDs, the HV20’s CMOS is actually a progressive sensor, so can naturally supply a progressive signal. The 25PF mode Canon provides records this signal onto the 1080i interlaced format of HDV. So it’s a progressive signal recorded onto an interlaced tape format. The results should be perfectly compatible with any editing software capable of supporting 1080i HDV. The Cine shooting setting described above works in tandem with this to help the HV20 shoot the best video possible at 25 progressive frames per second. It does this by reducing sharpness and saturation to create a more naturalistic look, more like cinema. For budding amateur filmmakers wishing for a quasi-film look, the HV20’s 25PF and Cine modes are a real boon.

The HV10 was capable of excellent results in good lighting, but its abilities in low light let it down somewhat, particularly compared to Sony’s direct competitors. The HV20 is similarly good in sunny conditions, and in fact showed slightly less noise than the HV10. But in low light it was more noticeably improved. Shooting regular interlaced HDV, the image was much brighter than the HV10, although still quite noisy, and on par with Sony’s single-CMOS camcorders such as the HDR-HC3E 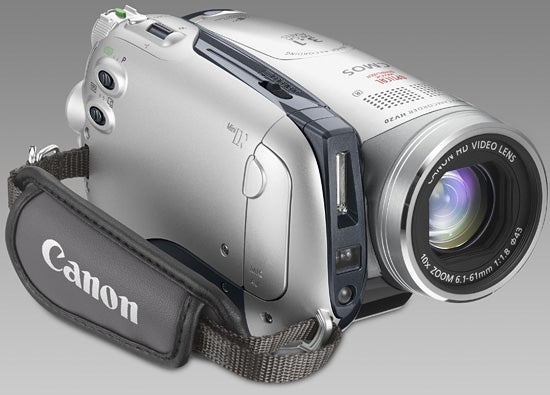 But when we switched to 25PF mode the noise was quite significantly reduced, comfortably making the HV20 the most capable single-sensor high definition camcorder we’ve tested. It can’t hold a candle to semi-professional models like the Sony HDR-FX7E or Canon’s own XH-A1, but the excellent video quality in good illumination and surprisingly decent low light performance make the HV20 much more than just a consumer camcorder. In fact, it’s a great choice for the more serious videomaker on a budget.

The HV20 offers two ways of watching your video directly on your HDTV – analog component and HDMI, the now ubiquitous high-definition digital video interconnection. Again, the HV10 lacks the latter. However, neither offer S-Video for watching on a standard definition TV, just composite. FireWire is available for capturing footage onto a PC or Mac, and as this is an HDV camcorder virtually every video editing application out there now supports the format. 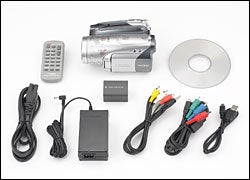 Although the HV20 is at least £100 more expensive than its upright HV10 sibling, the extra cash is definitely worth it. The ability to attach external microphones and video lights, the improved low light performance, and the progressive shooting mode make the HV20 fit the bill nicely for the enthusiast or semi-pro.


After a slow start with HDV, Canon is back on the form it had when the market was predominated by DV. Not only does the company now produce the best professional HDV camcorder currently available, the HX-A1, it has the most successfully realised HDV model for serious consumers as well. The HV20 may not have every feature the semi-professional might want, but it has the most important ones on offer, with excellent image quality to match.