We loved Canon’s HG20, even if it does lack one or two features which the video enthusiast could require. But Canon also offers an even more jam-packed model in the shape of the HG21. We put a sample through its paces to see how it compared. 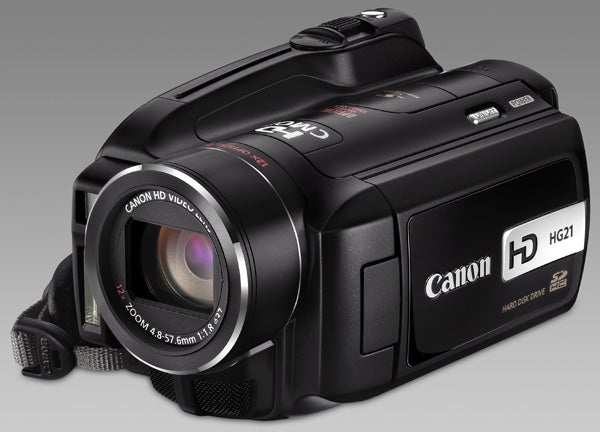 There are essentially two extra features which the HG21 has that the HG20 doesn’t. The most obvious is the viewfinder. Whereas the HG20 relies entirely on its flip-out LCD, the HG21 has a 0.27in eyepiece as well with a 123,000 pixel resolution. You won’t find yourself using this very often, but it can still be useful if sunlight is washing the LCD out. It also extends for more comfortable use, unlike the viewfinder on Panasonic’s HDC-SD100 and HS100. On the other hand, the HG21’s LCD is the Multiangle Vivid version found on the HF10 and HF11, but not the HG20. This is brighter with wider angles of vision than the standard screen, making it easier to see in most conditions anyway. 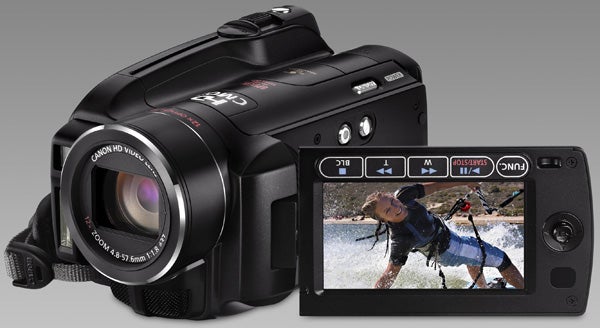 The other major difference is the size of the internal hard disk. Where the HG20 offers 60GB of storage, the HG21 doubles this to 120GB. So where the HG20 can record a little over five hours of footage at the top image quality, the HG21 has room for over ten. You will probably find you can shoot multiple holidays and family events before ever having to consider clearing footage off – although we would recommend backing up sooner than that, as you don’t want to lose cherished shots along with a lost camcorder. 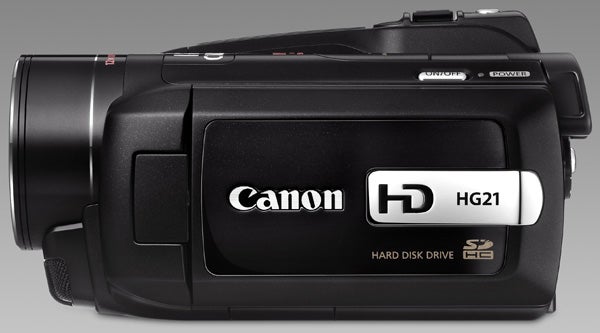 A final difference is that the HG21 is black where the HG20 is silver, which is Canon’s usual way of distinguishing a higher-end model from its more lowly but very similar sibling. Despite the viewfinder and larger hard disk, the HG21 hasn’t increased in size over the HG20, but its weight is up by 25g. You probably wouldn’t be able to tell the difference.


Other than these upgrades, the HG21 has identical features to the HG20 and HF11. It’s built around a sizeable 1/3.2in CMOS sensor with a gross 3.31-megapixels, 2.07 megapixels of which are used when shooting video and 2.76 megapixels for photography. So footage is captured at a native Full HD resolution of 1,920 x 1,080, with digital stills up to 2,048 x 1,536 (with a bit of interpolation and a 4:3 aspect). The optical zoom is the same 12x, and Canon’s excellent Super Range Optical Image Stabilizer is incorporated.

The HG21 is also part of Canon’s new generation which has moved up to the top 24Mbits/sec data rate offered by the AVCHD format. Previously, camcorders maxed out at 17Mbits/sec. The increase in quality afforded by the less aggressive compression is quite subtle, but still noticeable if you know what you’re looking for. With Panasonic’s new professional AVCHD models using the same top rate, the HG21 is in good company, particularly as it offers a progressive shooting mode as well.

The range of manual settings is exactly the same as Canon camcorders from the HF10 onwards. But we have few complaints here, as the options were already comprehensive and easy to get to using the joystick on the edge of the LCD. Pressing the FUNC button calls up a quick menu system, where you can find five different manual shooting modes. The Program AE option is the most basic, providing just a simple Exposure control. However, there are also Shutter and Aperture priority modes available, which allow you to configure the shutter from ½ to 1/2000th and iris from F1.8 to F8 respectively. In both cases, the Exposure control remains available, giving you almost full control, although you can’t adjust the amount of video gain which is being applied.

The final two modes are Cinema and Scene. Cinema mode alters the dynamic range for a more film-like look, which we found quite effective in some conditions, such as sunset shooting. But it’s a shame you can’t use it alongside the shutter or priority modes. The Scene modes include the usual options – Portrait, Sports, Night, Snow, Beach, Sunset, Spotlight and Fireworks. Canon also gives you control over sharpening, saturation, brightness and contrast via its Image Effects. Here you will find presets, plus a custom option that allows you to increase or decrease each setting by one increment. 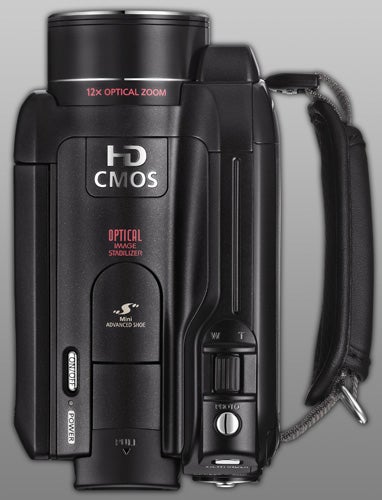 There are minijacks for an external microphone and headphones to monitor the results. But, annoyingly, Canon has not taken the opportunity of a higher-end premium model to provide a standard-sized accessory shoe. And although the Instant Auto-Focus system is fast and accurate, we would still like to see a lens ring like the one Panasonic offers in its supremely feature-rich HDC-SD100 and HS100. Canon does provide a Focus Assist system, which zooms the frame automatically when you focus manually for a closer look. But it’s still more cumbersome than the fast fine tuning possible with a ring.

Commenting on the video quality of Canon’s latest HD camcorders almost seems like an afterthought nowadays. Since the arrival of the HF10, the company has led the pack in this respect. Whilst Panasonic, JVC, and even Samsung have almost caught up, none has overtaken, and the introduction of 24Mbits/sec has increased Canon’s lead just that little bit more. 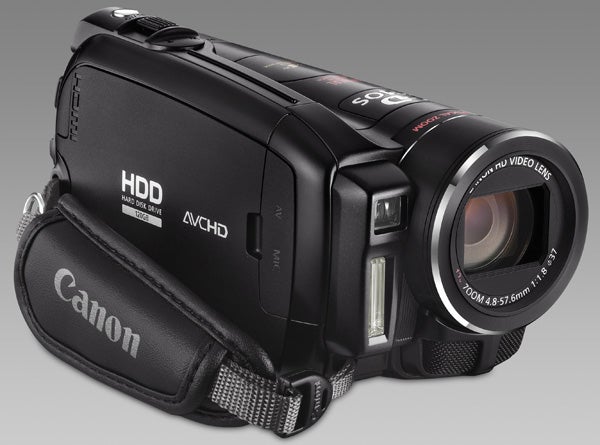 In the best lighting, footage is vibrant and extremely detailed. Colours are quite saturated, but you can always choose a more naturalistic look using the Image Effects. The biggest revelation is the low light performance. Although grain does become increasingly visible as the level of illumination drops, this is fine and uniform, so it doesn’t damage the picture too much. This means there will be few conditions where you can’t shoot usable footage with the HG21. 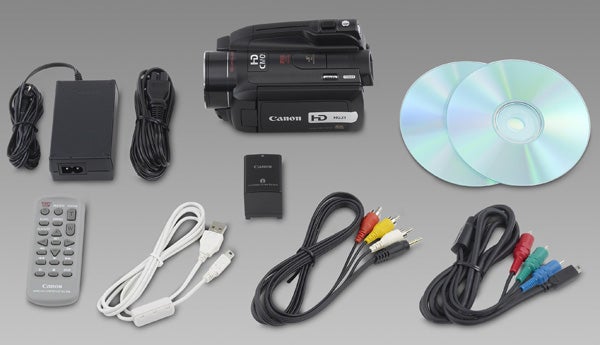 You will also have no trouble editing the results. Now all the major editing applications support AVCHD – even Adobe Premiere Elements 7. Even the 24Mbits/sec top setting causes no problems. So this is high quality footage anyone can edit.


Overall, though, the Canon HG21 really isn’t that different from the HG20. The viewfinder will come in handy when shooting in bright conditions where the LCD becomes hard to see, and you get twice the storage. But this is not enough to make up the near-£300 price increase over the HG20. Throw in a standard-sized accessory shoe instead of the Canon proprietary one, and a lens ring for focusing, and we’d be more easily swayed. Without these, though, the HG20’s much better value wins hands down.