What is the Canon PowerShot G5 X?

The Canon PowerShot G5 X is an advanced compact camera, one that does its best to give you something approaching the shooting experience and image quality of a DSLR in a much smaller body.

If you like the idea of a 1-inch sensor compact like the Sony RX100 IV but want much more control, the Canon PowerShot G5 X is a good bet. It’s also great fun to shoot with, particularly if you’re more of an enthusiast photographer than a point ’n’ shoot’er.

The limited autofocus reliability and RAW shooting performance mean the Canon PowerShot G5 X doesn’t suddenly skyrocket to become our favourite 1-inch sensor compact for all situations. But it’s up there. 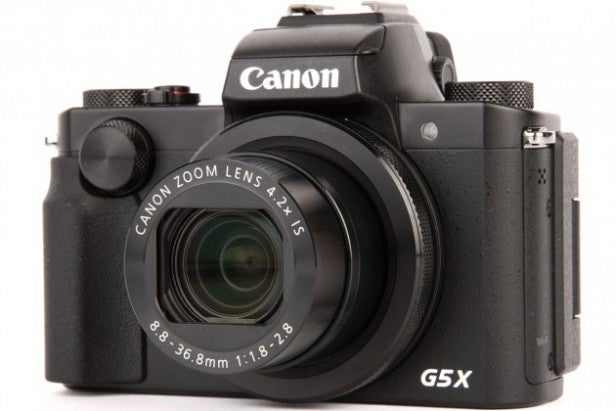 We’ve looked at a couple of cameras in this Canon ‘family’ to date, the G7 X and G9 X. This is a new ‘bigger brother’ to those cameras. The numbers may suggest it sits below them: it doesn’t.

You gain a bit of bulk, but also get a really satisfying sense of control over what the camera’s doing. And if you’re not too bothered about that, the Canon PowerShot G5 X’s contours give you a much surer, more comfortable grip than a lot of compacts.

For a bit of real-world context, I’ve been stashing the Canon PowerShot G5 X in a coat pocket when I’m not using it. This is pretty convenient in those wintery month, but it’s just too big for trouser pockets. Cameras like the Canon G9 X and Sony RX100 IV can fit really quite comfortably in a lot of pockets. 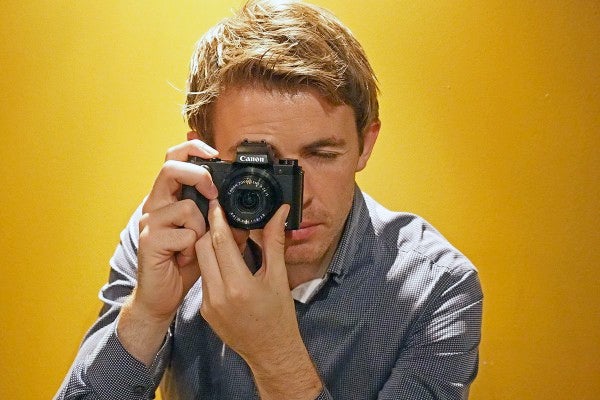 This isn’t an issue as such, just a design decision. The size lets Canon fit in chunky rubbery grips on both the front and back of the Canon PowerShot G5 X.

A top-down look at the camera also tells you all you need to know about the sort of control you get here. There’s a lot, and just as important the controls are well laid-out, making sure not to cram too many dials next to each other, or make them too tiny. 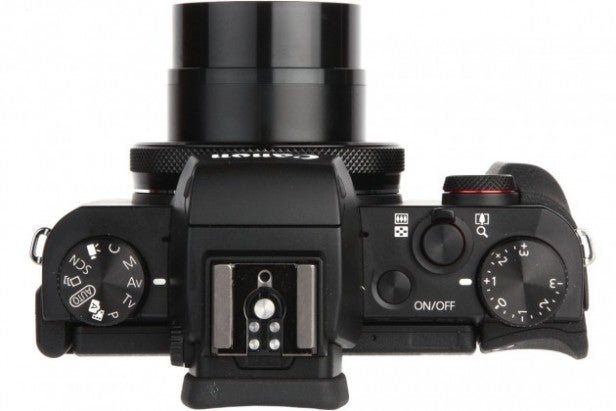 Taking a closer look, the traditional mode dial is here but, as in higher-end DSLRs, it has been moved over to the left side rather than the right. This is so the exposure dial has plenty of room on the right side. Canon hasn’t tried to squeeze any other control dials up here either. There’s an unusual-looking deep dial on the front, and the lens has a dial on it too.

There are lots of controls, and they’re spread pretty evenly around the Canon PowerShot G5 X so that while it’s still a fairly petite thing, operating it doesn’t feel cramped.

This same kind of thinking has gone into the EVF. Where a lot of smaller cameras tend to shift the EVF to one side in order to avoid adding much bulk, the Canon PowerShot G5 X keeps it right in the middle, also where you’ll find the pop-up flash.

As a result, you end up with that big pillar in the camera’s centre, looking a bit like a shrunk-down DSLR silhouette. It makes the camera bigger, sure, but I found keeping it in the centre simply feels better. 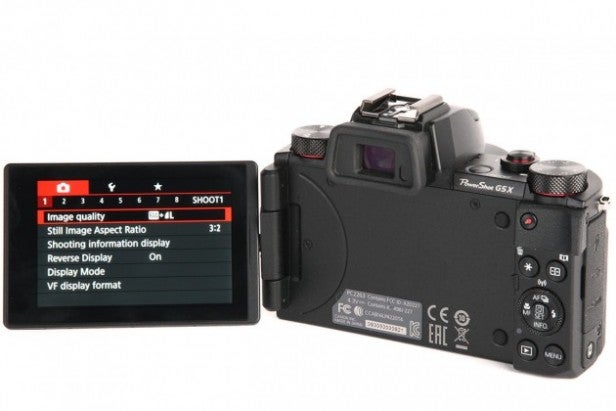 The EVF doesn’t come across as something squeezed in and, more so than most rivals, I’ve used it to compose shots more than the rear display. It quickly became my go-to composing tool. It’s a good-quality EVF too, with the now-standard resolution of 2.36-million dots and an OLED-type panel. This ensures you get a punchy-looking image.

I also found the histogram and level view dead useful, something provided by the Canon PowerShot G5 X’s gyroscope.

Canon hasn’t scrimped on the screen as a result. You get a fully articulated 3-inch 1.04-million dot display, meaning you can fold it out and up/down to make shooting at odd angles much easier.

The Canon PowerShot G5 X has a touchscreen too, and one of my favourite parts of the camera is being able to pick focus with the screen rather than having to mess about with the rear D-pad. This is a camera that takes you take your photography as serious as you like. 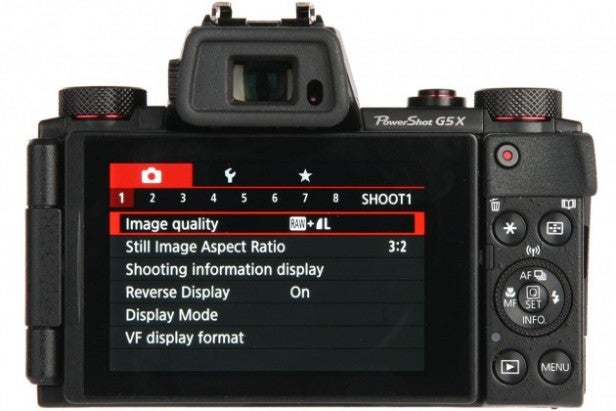 Several extra features are packed-in too. There’s Wi-Fi and NFC, for example, letting you transfer images to a phone easily, or print directly to a Canon printer.

As mentioned earlier there’s a pop-up flash well, and it’s fairly powerful. It lit up a large group of ten people at a range of around 3m, which isn’t bad for a small unit.

Even more interesting is the 3-stop ND filter. This lets you shoot at wide open apertures even in fairly bright conditions, by limiting the light that gets through.

You don’t have to keep it in mind when shooting at f/1.8 in daylight either. There are ‘on’ and ‘off’ modes, but an Auto one too, which will flick the ND filter on as needed .

The lens makes the ND filter indispensable, because the Canon PowerShot G5 X lens is very fast wide open. Its max aperture is f/1.8 zoomed-out, moving up to a still-respectable f/2.8 at the far end of the zoom. 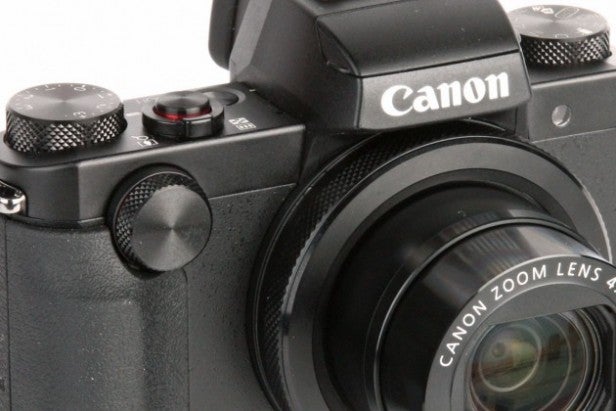 This is the same max aperture range as the Sony RX100 IV, except that the zoom range is better on the Canon PowerShot G5 X. It’s equivalent to 24-100mm. We’re not in superzoom territory, but it’ll cover everything from landscape shots to portraits and even, to a lesser extent, some nature photography.