Taken in isolation, the Canon M6 Mark II is shaping up to be a very good all-rounder for travellers or street photographers who already have a stash of EF-M or EF lenses and are looking for a mini DSLR. The trouble is, as impressive as this camera’s specs are, they’re not drastically better than rival cameras that have either better native lens ranges (like Fujfilm’s X Series) or superior autofocus (in the case of Sony’s A6400). In some ways, the M6 Mark II’s enthusiast-leaning controls and handling also feel a little at odds with its lack of a built-in viewfinder, which makes it feel like a slight shame that it didn’t also announce a Mark II version of EOS M5. Still, if you’re looking for a small, relatively inexpensive companion to your Canon DSLR and don’t mind using it with an EF-EOS M adaptor, it could well make sense as a frictionless option that feels and performs like a mini Canon 90D. We’ll bring you our full verdict very soon.

Canon’s launch of the EOS M6 Mark II sums up its approach to mirrorless cameras so far – it was announced alongside the Canon 90D, a DSLR that packs the same powers into an old-school design.

With one eye on preserving its DSLRs, Canon has never really gone all-out on APS-C mirrorless cameras. Still, the EOS M6 Mark II might be the first time it’s launched a travel-friendly mirrorless model that doesn’t feel intentionally hobbled in some way. 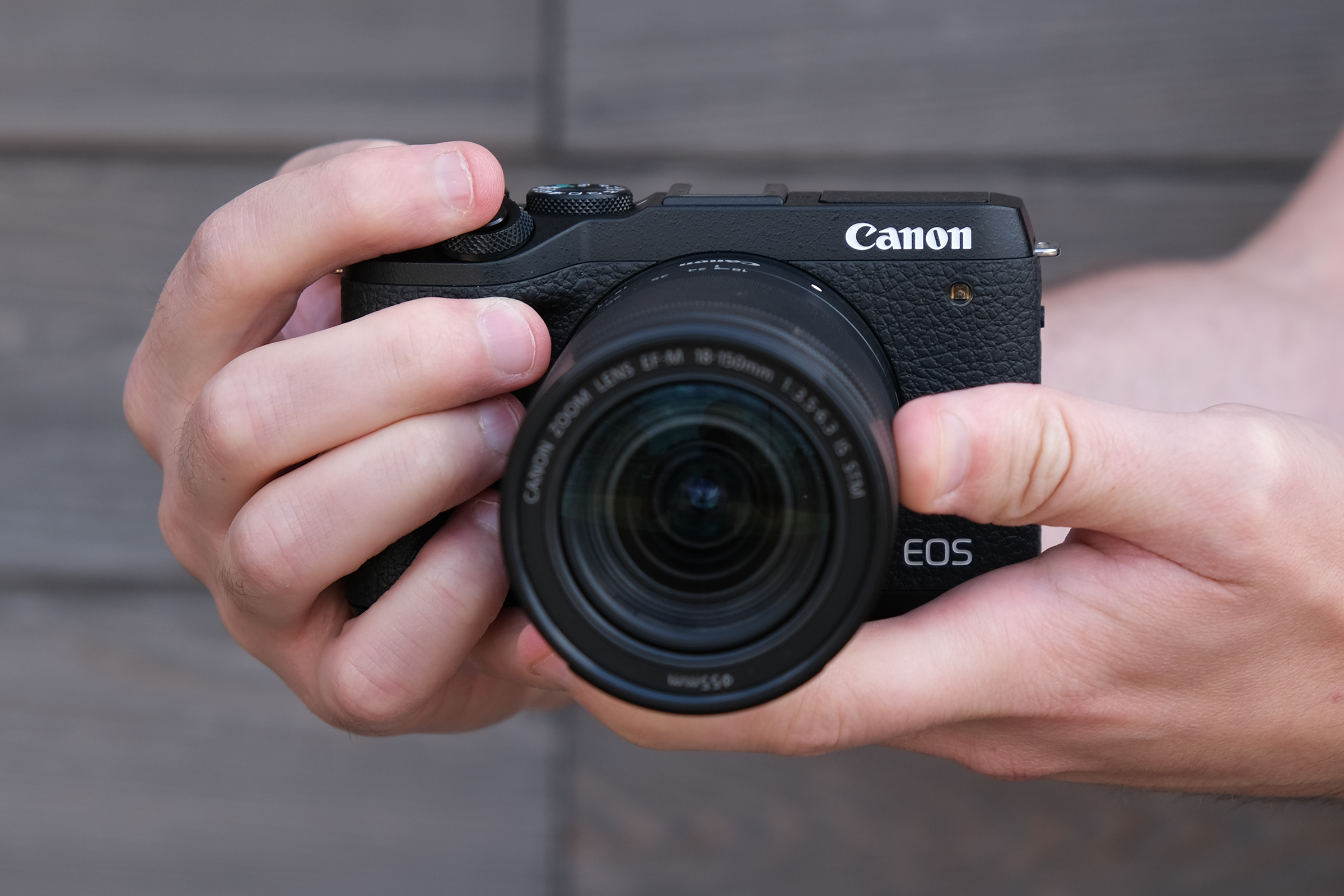 This viewfinder-less alternative to the EOS M5 doesn’t reinvent a weight class that’s led by the Sony A6400 and Fujifilm X-T30. But the M6 Mark II brings strong resolution, burst shooting and video upgrades that make it a promising option for owners of EF-M or EF-S lenses who fancy a street photography camera that doesn’t break the bank (or the back).

I spent a few hours with one in the challenging conditions of an indoor go karting track to see if it’s shaping up to be Canon’s best small, mirrorless camera so far…

The EOS M6 Mark II is a handsome, well-built camera for enthusiast photographers that doesn’t radically depart from its predecessor.

There are two main design changes. One is a bigger grip, which makes it very comfortable to hold, particularly with longer lenses like the 18-150mm I mostly used it with. This means it handles better than most cameras of this size, particularly if you’re coming from a DSLR, with the grip noticeably bigger than the ones found on the Panasonic GX80 and Fujifilm X-T30. On the downside, it’s also slightly bigger and heavier than those rivals.

As if to confirm that the M6 Mark II is courting advanced photographers rather than the point-and-shoot crowd, the other new features are an MF-AF switch on the back and a new customisable rear dial. Together, this all adds up to a very complete, intuitive control system that’s ideal if you like to shoot in manual or fine-tune settings while you shoot. 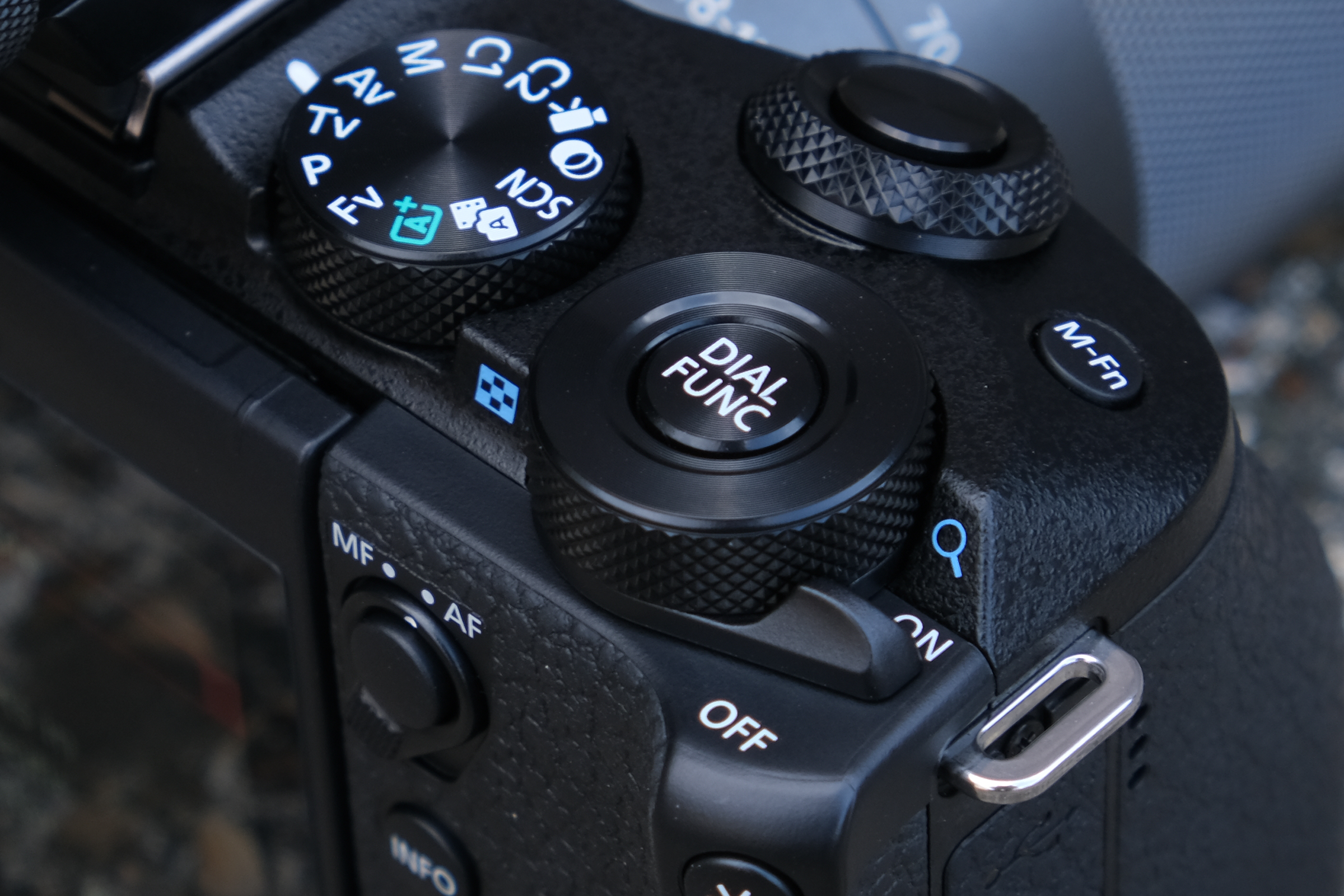 Still, there is one big feature missing for advanced shooters – an electronic viewfinder. Like its predecessor, the EOS M6 Mark II does work with the 2.36m-dot EVF-DC2. This costs £187 when bought separately, though Canon will bundle this in the box when you buy the camera with the 15-45mm kit lens.

I suppose this setup does give you the choice of trading the viewfinder for improved portability, when conditions suit. But given that the M6 Mark II still isn’t exactly pocketable without the viewfinder, it feels like advanced photographers might still be more attracted to the Canon EOS M5 (or waiting for a Mark II version of that camera).

Still, if you’re not too bothered about the lack of a built-in viewfinder, this side-by-side shows how much smaller the M6 Mark II is than the 90D, which is virtually its specs and features twin.

The M6 Mark II might not have changed much physically, but it has been given a pretty serious boost under the hood.

Like the Canon 90D, it pairs a 32.5-megapixel APS-C sensor with Canon’s latest Digic 8 processor. What does that mean in the real world? Despite that extra resolution, it means you get improved burst shooting (up from 7fps to 14fps) for a better hit-rate when shooting action scenes, and the ability to shoot 4K video without a crop. Those aren’t the only boosts to burst shooting and video either. If you don’t mind using an electronic shutter (which always brings the danger of rolling shutter), then you can shoot at up to 30fps in Raw. There’s also now a 120fps slo-mo mode when shooting video in Full HD, as well as Eye Detection AF when shooting with continuous autofocus in stills and movies.

This all adds up to a very feature-packed camera for this price and, in practice, the M6 Mark II mostly lives up to its generous spec sheet.

It’s fast and responsive, both in terms of start-up time and autofocus, and locked onto subjects well in the very tough conditions of a dingy, indoor Go Karting track. If anything, the performance is restricted most by the lack of native EF-M lenses. There are still only eight native lenses for EOS M cameras, with a distinct absence of exciting primes. Of course, you can always add the EF-EOS M adaptor (an extra £135) to unlock Canon’s huge range of EF-M lenses, but this adds size and expense to a camera whose big appeal is supposedly lowering both of those things.

Are there any other missing features? It’s a shame the M6 Mark II doesn’t have a fully articulating touchscreen (like the Canon 90D), and without a headphone input it’s vlogging credentials are limited compared to its DSLR sibling. There’s also no in-built image stabilisation, though most EF-M lenses have built-in IS and this isn’t a feature you’ll find on the more expensive Fujifilm X-T30 or the Sony A6400. If you shoot a lot of handheld video or low light photos, then you’re better off looking at something like the Panasonic G90.

It’s too early to make any final judgements on the M6 Mark II’s image quality, but so far it appears to follow in the footsteps of its predecessor – which means means reliable exposures with good pleasing colours, albeit without the sharpest detail around. 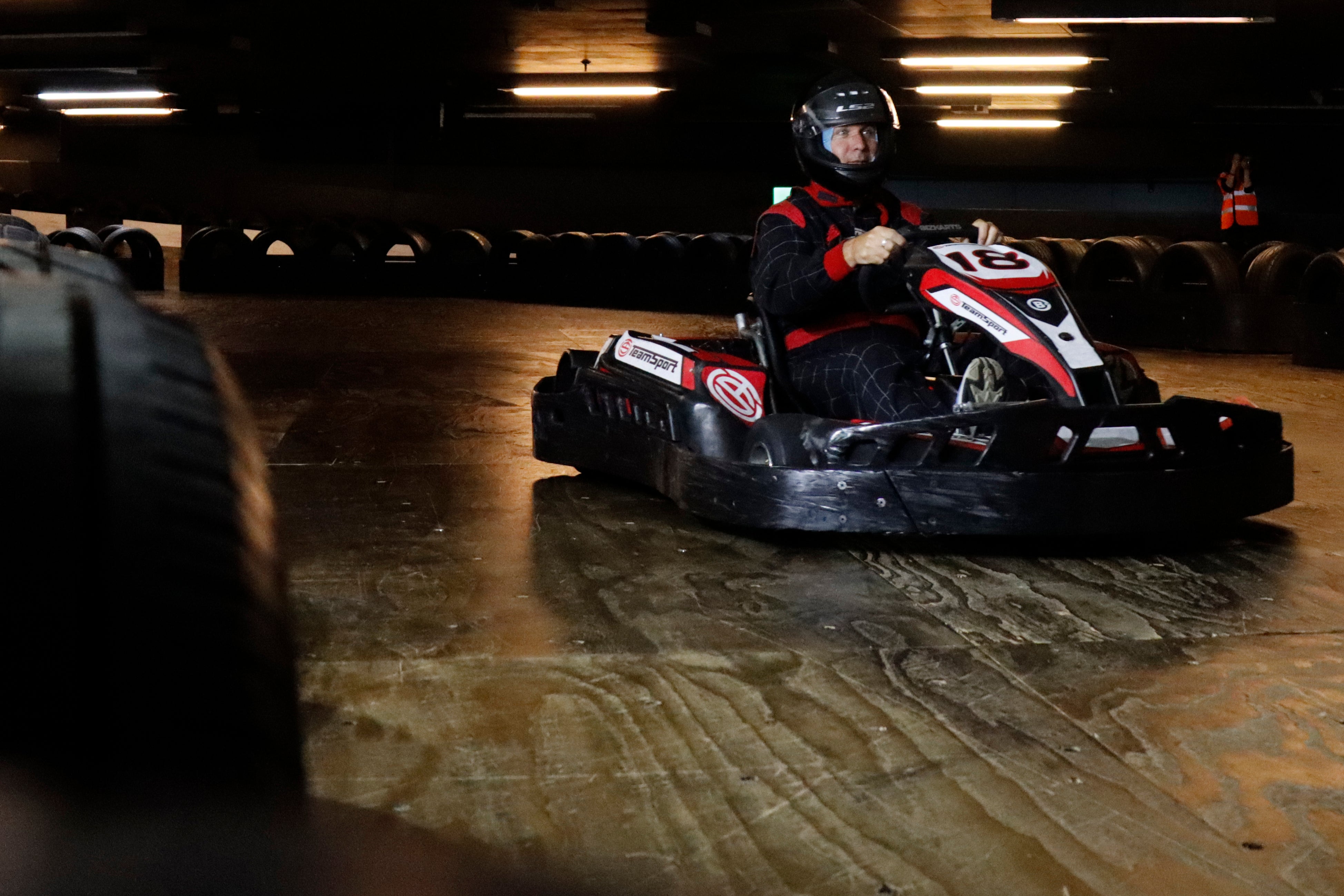 The big benefit over the original M6 is less in image quality (although that extra resolution is handy for cropping), but in the variety of images you can take. 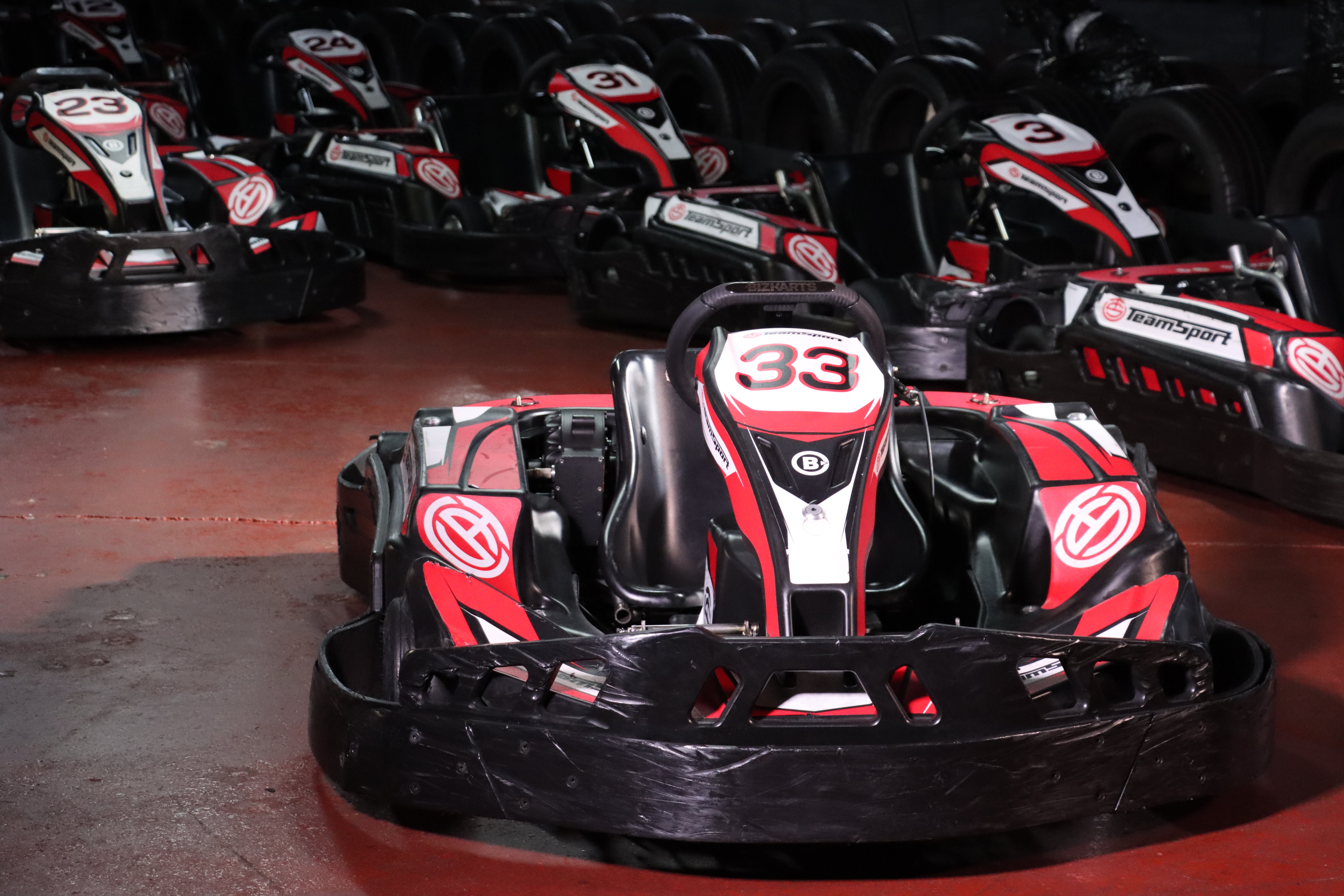 That boost to the burst shooting means the M6 Mark II is a potentially handy camera to have on hand in demanding action scenes, like Go Karting. Not every frame will be a keeper, of course, and Dual Pixel AF is less stellar at locking onto subjects that aren’t clearly contrasted with the background, but it certainly boosts your chances of getting a shot. The big bottleneck, as always, is lenses – without many native fast primes or constant aperture zooms in the EF-M lineup, you’ll likely need to adapt an EF-S lens to tease out the best performance and image quality from the M6 Mark II. 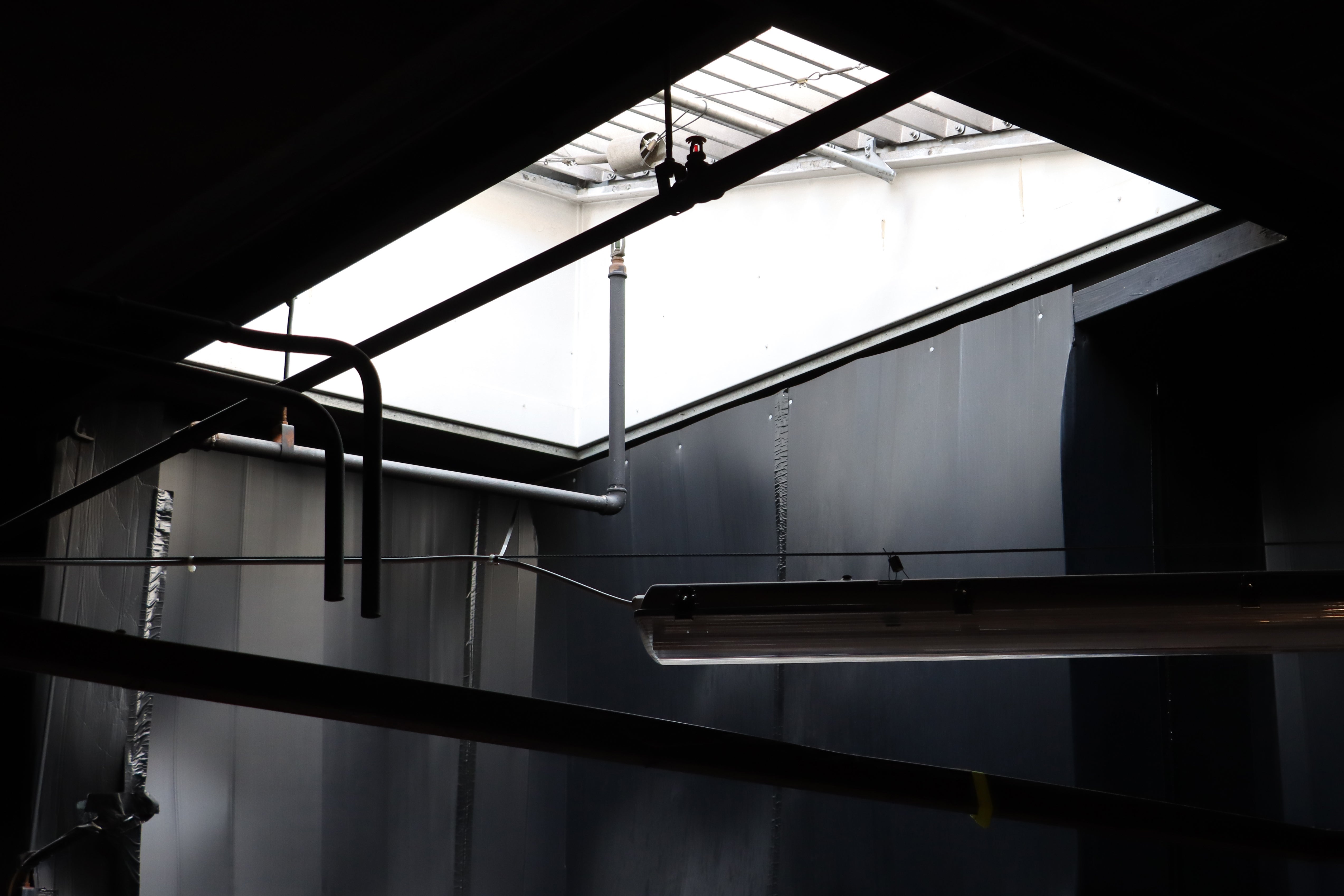 The 18-150mm lens I used for most of these shots was pushed to its absolute limit by the gloomy conditions, so I’m looking forward to testing out the M6 Mark II with some faster lenses. We’ll bring you our full verdict very soon. 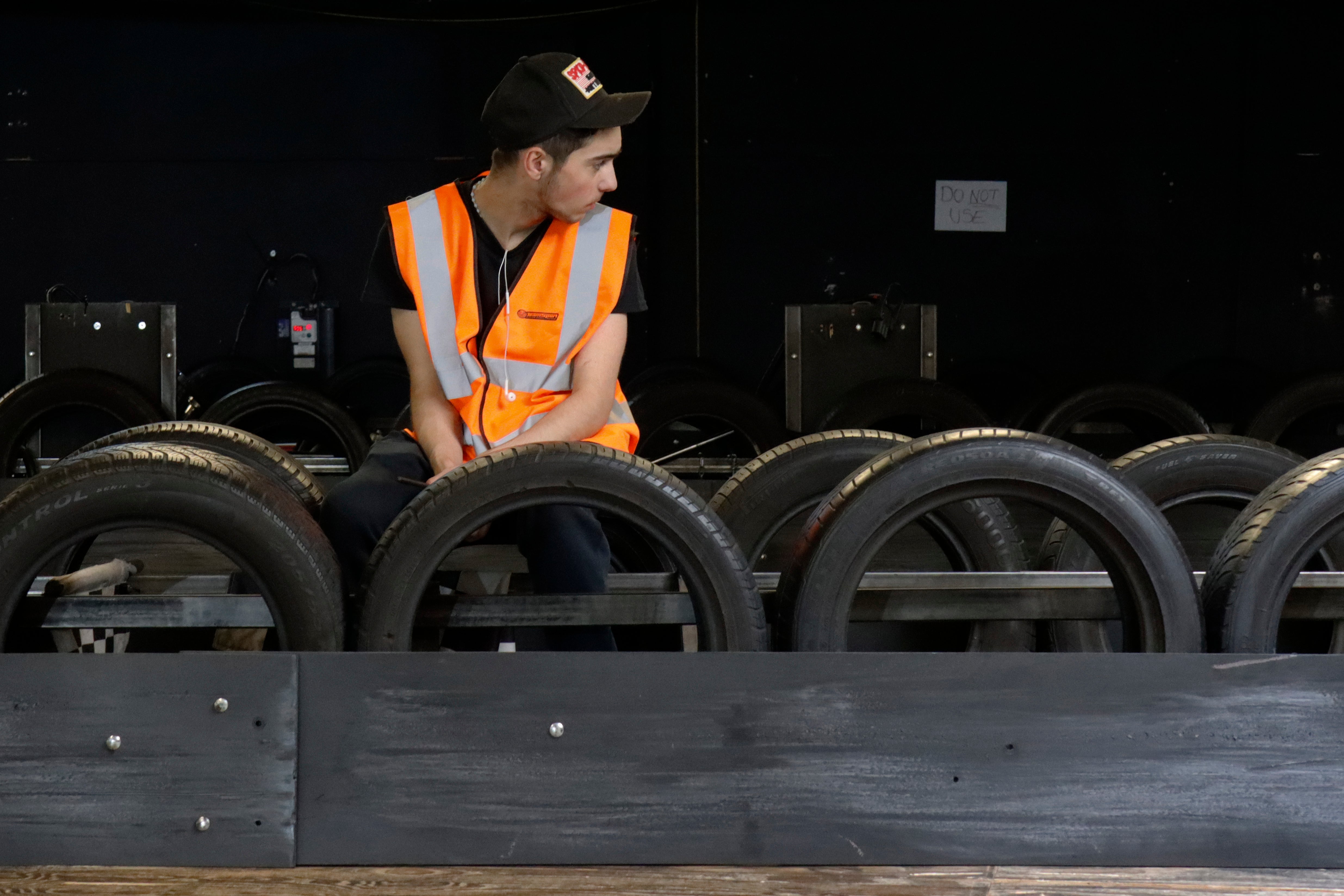