Compact system cameras are the way forward for those who are unhappy with their phone cameras. Capable of producing DSLR-quality shots, entry-level models generally cost significantly less than super-advanced compacts such as the Sony RX100 IV.

For example, the £400 Canon EOS M10 CSC has a DSLR-grade APS-C sensor but comes in a package that demands no photographic knowledge. Let’s take a closer look ahead of our full review. 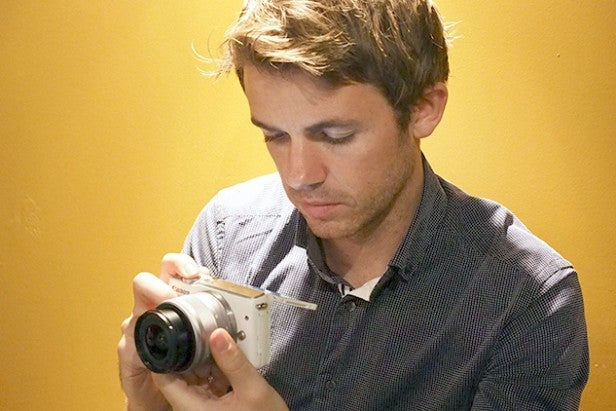 The Canon EOS M10 looks fairly similar to Canon’s lead system camera, the EOS M3, but without the main manual controls. It has an ultra-simple design, providing accessibility through being a largely point-and-shoot model.

There’s no mode dial up top to switch from manual to aperture priority mode and so on. Instead you get a stills and video shutter button and a switch that flicks between video, stills and Auto. 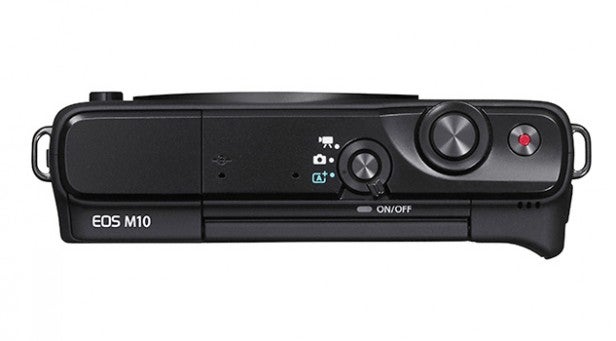 Build quality is just what I’ve come to expect from an entry-level CSC. The Canon EOS M10 is made of plastic, but feels sturdy. Just note that it isn’t waterproof, so avoid taking it in torrential downpours.

One feature of note in the Canon EOS M10 is a new kit lens. While the EOS M10’s body isn’t radically more petite than that of the EOS M3, the lens is smaller and lighter than the trusty Canon 18-55mm kit lens.

A collapsible design means it takes up fairly little room when not in use, and it weighs only 150g. Its 15-45mm focal length equates to 24-72mm in the usual 35mm standard, which is an acceptable all-round range for both landscapes, portraits and street photography. 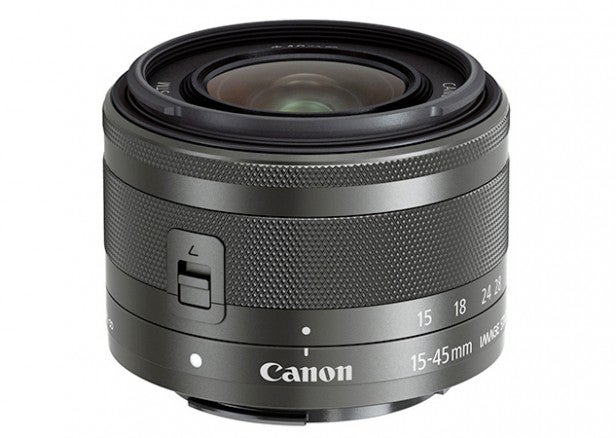 As you might expect of a basic kit lens, however, it isn’t particularly fast, with maximum aperture of f3.5-6.3 through its range.

It should make a decent lower-light handheld lens still, though, since it offers 3.5 stops of optical image stabilisation. This will let you keep the shutter open that bit longer without instantly making your images blurry.

In the Canon EOS M10, we have the workings of a decent all-round package for beginners, one that has taken on board how we shoot with our phones too.

The camera’s screen turns back a full 180 degrees on a single hinge, allowing you to take selfies very easily. It even auto-switches to the selfie mode when the screen is twisted around to the right position. It’s a 3-inch, 1.04m-dot display. 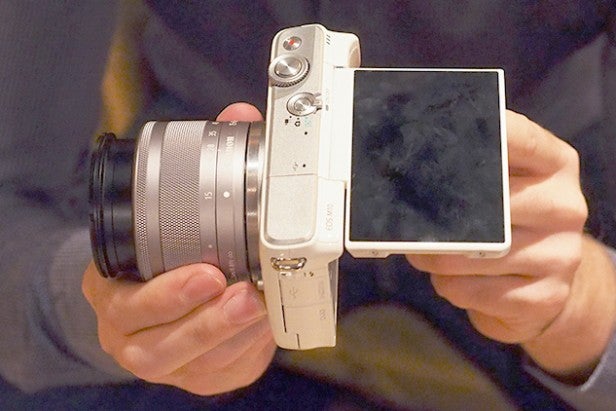 Sporting the same 18-megapixel resolution as the 2012 EOS M, you may still not be convinced that enough has changed with the ESO M10. However, Canon has updated the focus system, too, using a 49-point hybrid phase-detection system to “fix” the notorious AF performance of the EOS M. Canon says it’s 2.4 times faster than that camera.

I had the opportunity to have a play with the EOS M10 briefly in fairly poor light conditions. I found that, on occasion, it struggles to find focus despite the addition of PDAF points. However, I’ll leave any conclusions on the AF system for my full review.

In terms of pure image quality, you can expect the Canon EOS M10 to be similar to the Canon EOS 100D DSLR. They share the same 18-megapixel APS-C sensor. You’ll achieve DSLR-quality images, then, and the ISO range is a typical 100-12800, with an extended 25600 mode that you’ll probably only use on occasion.

The processing brain of the Canon EOS M10 is a DIGIC 6, which lets if shoot at up to 4.6fps. With NFC and Wi-Fi on-board too, it packs in the basics – if not really offering anything more than most rivals.

If you’re more of a serious photographer looking for a backup, then you’re likely to be a little disappointed with a few of its omissions. There’s no hotshoe, so you’ll be unable to attach a flash, and video capture tops out a seriously unremarkable 1080p at 30 frames per second. 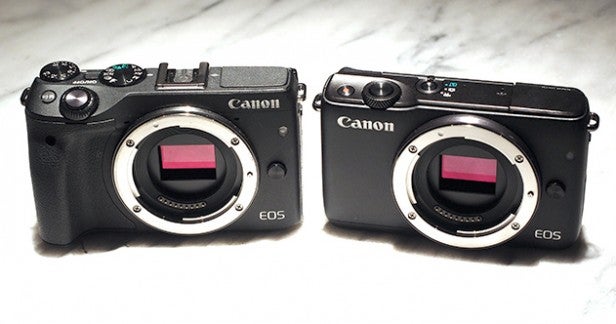 I can imagine that plenty of casual photographers will get on just fine with the Canon EOS M10. After all, plenty of people who own a fancy DSLR are thrown into a panic every time they accidentally turn the mode dial. The issue for Canon is the competition. The M10 offers few very obvious advantages over the Sony Alpha 5100, cheaper FujiFilm X-A2 and Panasonic Lumix GF7.