What is the Canon EOS Cinema C100?

The Canon EOS C100 is a professional camcorder with a Digital SLR-sized sensor and interchangeable EF mount lenses to provide film-like performance on HD video. It’s part of the Canon EOS Cinema range, a range that adapts the video shooting prowess of DSLRs like the Canon EOS 5D Mark II in a body more suitable for video. The C100 is the new, much more affordable entry-level member of the range.

The question you might be asking is: why people would want to shoot video on a digital camera in the first place? It all comes down to sensor size. The sensors inside DSLRs are absolutely huge compared to those traditionally found in even professional-grade camcorders, which generally have three sensors to keep the colour signals cleanly separated, but each one is usually 1/3 or 1/2-inch diagonally. 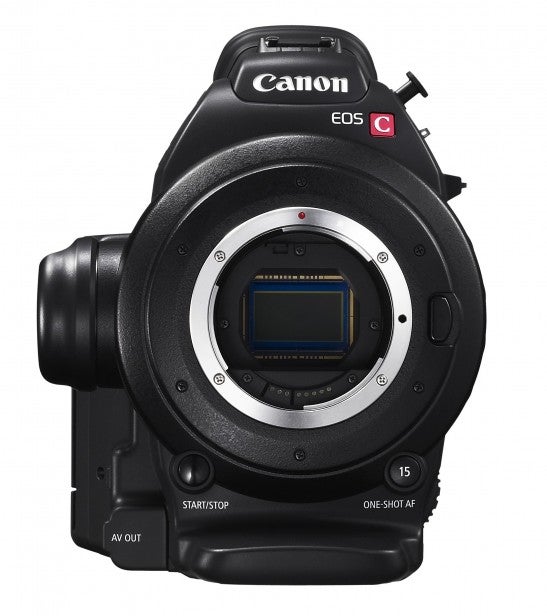 The sensor in a Full-Frame DSLR is around 50 times the area of a 1/3-inch sensor, which has two important results. First, there is a greater surface area to collect light, so the sensor is much more sensitive, with particular benefits in low light.

It also means the aperture can be wider, so you can achieve shorter depths of field. This leaves your subject in focus, whilst background and foreground are blurred, an effect called ‘bokeh’ that is considered attractive and film-like. You can use this to ‘pull’ focus, too, drawing the viewer’s attention by changing the focal point.

In short, a large sensor opens up a range of creative posibilities ordinary camcorders can’t match. 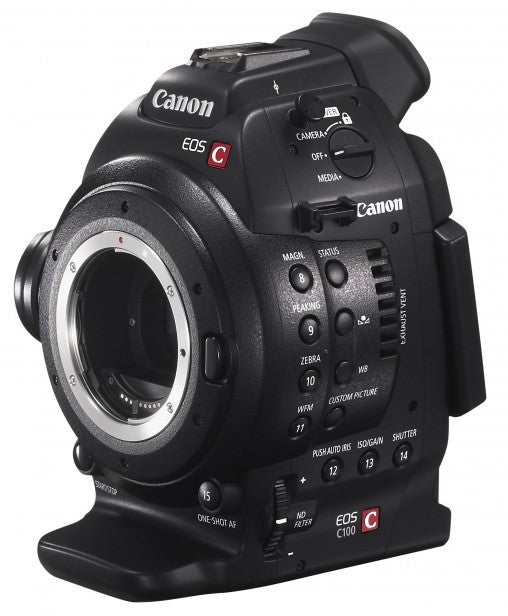 The Canon EOS Cinema C100 doesn’t have a sensor quite as large as a full-frame DSLR like the 5D Mk II, but it is still pretty big. Instead, it’s called a Super 35mm CMOS, which means it’s somewhere between full-frame and the APS-C sensors found in the majority of DSLRs, such as the Canon EOS 700D. It’s still around 27 times the surface area of a 1/3-inch CMOS, so has similar advantages for sensitivity and depth of field.

The other major benefit of the Canon EOS C100 is its ability to use any lenses with Canon’s EF mount. Canon has created a special range of Cinema lenses for the new camcorders, which are great but also rather expensive. Instead, you can use standard DSLR lenses, some of which cost under £100, although you’re better off going for one of the excellent L-series units, such as the 24-70mm F/2.8 lens that was supplied with our review sample. 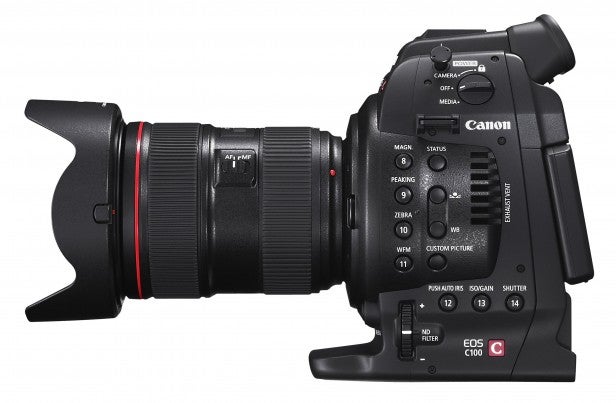 At this point, you may be looking at the Canon EOS C100 price of the C100 and wondering why you would want to opt for this model when you could pick up two or three DSLR cameras instead for the same money. Canon’s pricing has met with some negative feedback, but the choice comes back to having real camcorder features.

Most DSLRs only shoot about 10 minutes of footage per file, so aren’t ideal for shooting, for example, an hour-long interview. At the same time, all of the C100’s camcorder competitors from Panasonic and Sony have smaller sensors, too. 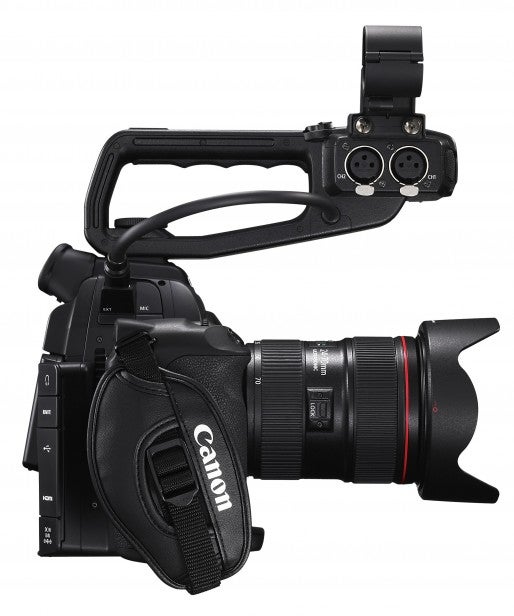 Another important consideration is audio connectivity. DSLRs have terrible on-board audio, and just a minijack for connecting an external microphone, if at all. You can purchase add-ons to convert a minijack to a professional XLR connection, but you still probably won’t have manual level control on the DSLR.