While DSLRs fitted with APS-C sensors have always been popular with enthusiasts and consumers looking for a camera that offers a good balance between image quality and value for money, full-frame DSLRs have long been the number one choice for full-time professional photographers on account of their no-compromise approach to image quality, build quality and handling. For those enthusiasts looking to make the step up from APS-C to full-frame the process has traditionally come at something of a premium in terms of cost, which ultimately has prevented many from doing so. 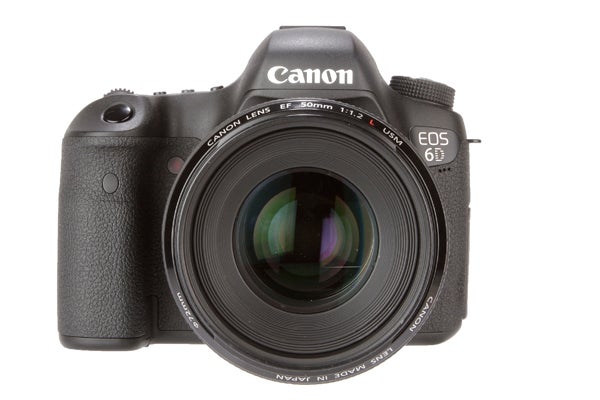 With the introduction of the Canon EOS 5D in 2005, however, the line between professional and consumer grade full-frame DSLRs became a little blurred. The 12.8MP EOS 5D was the first example of a new type of full-frame DSLR, and while it was primarily aimed at semi-pro and professional shooters looking for something a bit more portable than the twin-orientation full-frame models of the day (i.e. the 1D Mark II and 1Ds Mark II), Canon’s decision to launch it for under £2k also put it within range of the well-heeled enthusiast. Naturally enough, the 5D was a huge hit, with many enthusiasts finally able to reap the benefits afforded by a full-frame DSLR.

Since the 5D launched, Canon has updated the range twice; in 2009 the 21MP 5D Mark II was launched, followed by the 22MP 5D Mark III in 2012 – both models have scored well with reviewers and found considerable favour with their target market. And now there’s a new contender on the block – the EOS 6D. Smaller, lighter and around £600 cheaper than the 5D Mark III, the 6D – much like it’s main rival, the Nikon D600 – aims to make full-frame more affordable than ever. The big question for many who might be tempted by the 6D is whether the new model is able to deliver everything a serious photography enthusiast demands in a full-frame DSLR, or whether too many compromises been made in order to keep costs down? Let’s take a closer look and find out which camp the 6D falls into. 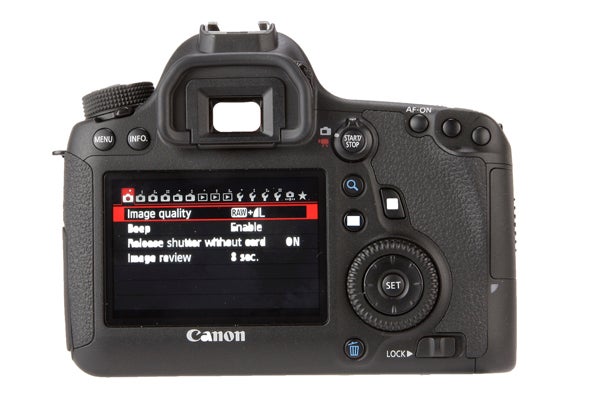 While the sensor is all new the 6D shares the same high performance DIGIC 5 image processor as the 5D Mark III. Maximum continuous shooting speed is a bit slower at 4.5fps though – as opposed to 6fps. Sensitivity also mirrors that of the 5D Mark III with a standard range of ISO 100-25,600 that can be extended to the equivalent of ISO 50-102,400.

In addition to a new sensor, the 6D is also treated to an all-new autofocus system. Instead of spreading 61 AF points across the frame, as is the case with the 5D Mark III, the 6D instead offers one cross-type AF point in the middle of the viewfinder with a further 10 (linear type) AF points dotted around it. By way of comparison, the considerably cheaper APS-C equipped Canon EOS 60D and EOS 650D models both offer nine-point AF systems, with all of the individual AF points being of the cross-type variety. Given this, it’s hard to escape the conclusion that Canon has decided this is an area in which to cut costs in order to keep the 6D’s overall price down.

Metering is handled by Canon’s own 63-zone Dual Layer SPC metering system – the same module that’s found inside the 5D Mark III, 60D and 7D. This offers the choice of Evaluative, Partial, Spot or Centre-weighted metering, with a further option to dial in up to /-5 EV of exposure compensation in one-third or half-stop increments. In addition, the 6D also offers an auto bracketing facility with options to shoot a sequence of two, three, five or seven images with up to /-3 EV between each image. Last but not least is the 6D’s High Dynamic Range mode that automatically shoots three images in quick succession at different EV values before combining them in-camera to produce a single image with an enhanced dynamic range. 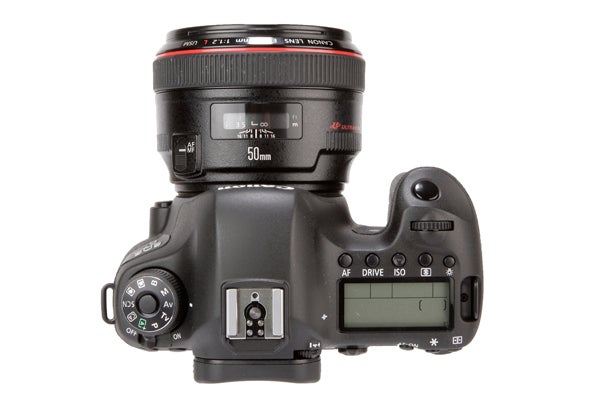 Unlike the 5D Mark III with its 100% optical viewfinder, the 6D only provides 97% frame coverage, which means a small amount of the image to be captured will appear outside of the viewfinder. Magnification is set at 0.71x, and the viewfinder also offers dioptre correction control. The back of the 6D features a fixed 3in Clear View TFT screen with a resolution of 1,040k-dots is also fitted to the back of the 6D. Should you want to then Raw image processing is available in Playback mode, along with a host of other basic image editing options.

One feature with which the 6D trumps the 5D Mark III – and indeed all other models in Canon’s DSLR range – is with the inclusion of built-in Wi-Fi connectivity. While this feature has already found its way onto a number of compact cameras and CSCs, the 6D is the first DSLR to offer it as a standard built-in feature – as opposed to an optional add-on at additional cost. In order to get the most from the 6D’s Wi-Fi connectivity you’ll need to download Canon’s free ‘EOS Remote’ app from Apple’s iTunes App Store or Google Play, after which you’ll be able to wirelessly upload your images to a smartphone or tablet, as well as take remote control over the camera from a connected mobile device. One further feature of note is the 6D’s built-in GPS functionality, which can be used to geotag images with GPS coordinates. While this isn’t exactly new technology, it’s nonetheless welcome and will undoubtedly prove useful to many photographers.

In addition to still image capture, the 6D can also capture 1080p Full HD video at 24 or 25fps. If you’d prefer to shoot at 50fps tthen this is also possible, albeit at a maximum resolution of 720p HD. Sound is recorded in stereo by default via twin microphones positioned on the camera body, however the 6D also offers a 3.5mm port at the side that an be used to connect an external microphone. Sadly though, there’s no audio-out port for the live monitoring of sound levels during capture. 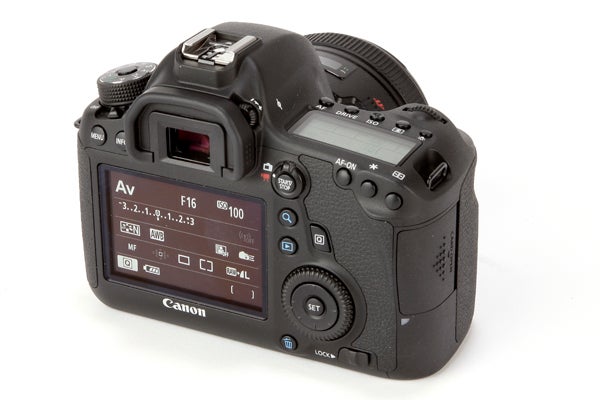