It’s been nearly two years since I reviewed the Canon EOS 30D, and in that time the market for mid-range semi-professional digital SLRs has become a lot more crowded. While Canon is still the undisputed worldwide DSLR market leader, it no longer has only Nikon to worry about. The EOS 40D faces some pretty determined competition, so is this upgrade of the popular EOS 30D good enough to hold onto the lead? 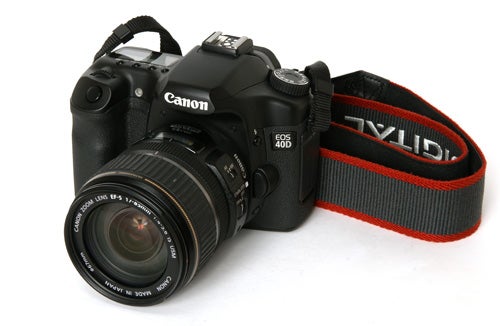 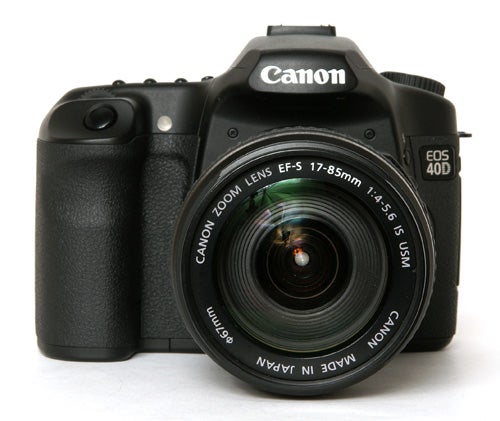 While the EOS 30D was only a detail upgrade over the ESO 20D, the EOS 40D is a much more substantial improvement. The most obvious change is the increase from 8.2 to 10.1 megapixel resolution, with Canon’s proprietary CMOS sensor getting a thorough overhaul including improved photocell design and on-chip noise reduction, as well as 14-bit processing for better colour depth and dynamic range. When most its immediate competitors are sporting 12 or even 14 megapixel sensors the 40D could be seen as lagging behind in this department, but in reality the gains from a couple of extra megapixels are much less significant than improvements in overall picture quality. It is also possible that Canon don’t want to tempt buyers away from the aging but still impressive EOS 5D professional camera, with its 12.8 megapixel full-frame CMOS sensor. 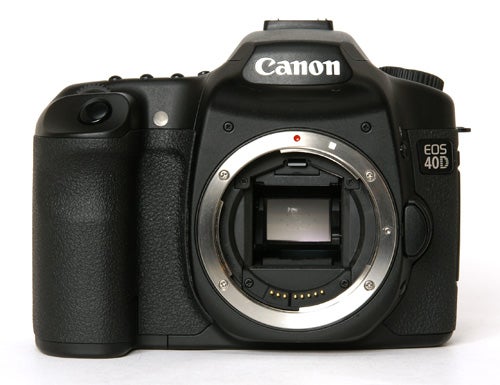 Externally the body is slightly larger and 40g heavier than the 30D, reflecting its more robust construction and improved environmental sealing. The rubber seals over the I/O ports have been upgraded, but there is still no seal around the lens mount, battery hatch or buttons, and the card slot hatch has a simple sliding snap closure rather than the locking mechanism found on most other semi-pro cameras. While the camera isn’t as fully weatherproof as some other DSLRs such as the Pentax K20D or Nikon D300, it is certainly tough enough to survive regular professional use. The extra weight doesn’t really affect the handling, and does make the camera nice and stable for hand-held use. The shape of the handgrip has also been revised, with an indent for the second finger, and it is now more comfortable and provides a more secure grip.

The control layout is basically identical to the EOS 30D, with a large data input dial on the back, a smaller knurled wheel positioned under the right forefinger, and a joystick-like directional control for menu navigation. The main menu has been revised, and now has the multi-page tabbed appearance of the latest EOS 1D cameras. One feature I was not particularly enamoured by is the exposure compensation control. To operate it you have to half-press the shutter release, then turn the rear dial to alter the compensation setting. I found this to be quite fiddly and counter-intuitive. A simple exposure compensation button would have been far simpler. I also agree with some other reviewers that the “print” button is superfluous on a camera of this class, and would be better replaced by a programmable function button. 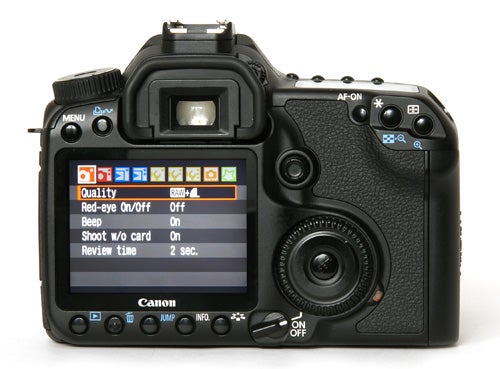 Another external improvement is the new 3.0-inch LCD monitor, which has a resolution of 230k dots and is brighter and has higher contrast than the unit on the 30D. It also now incorporates live view, a feature first introduced by Olympus that is appearing on more DSLRs. This is a useful feature for studio work, when the camera may be mounted on a tripod in a position that make using the viewfinder difficult, but Canon’s implementation of this feature is not without its drawbacks, the main one being the lack of autofocus in live view mode. Nikon and Olympus both include a basic contrast-detection AF option in live view, while Sony’s A350 has a separate phase-detection AF sensor for live view and an articulated monitor. By comparison the 40D’s live view mode seems quite limited. The new monitor also has a smaller angle of view than the previous model, although at 140 degrees it is still wide enough for most purposes. 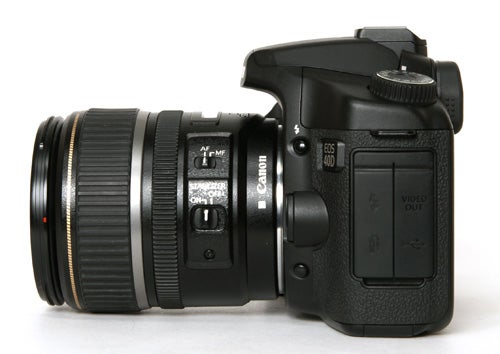 The 40D’s other improvements are internal. I’ve already mentioned the 14-bit data path and improved sensor design. The sensor includes a self-cleaning mechanism which vibrates the low-pass filter, shaking off any dust onto a sticky strip positioned below the sensor. This is basically the same type of mechanism used by a number of other manufacturers, including Sony, Nikon, Pentax and Olympus. It’s difficult to judge the long-term effectiveness of such a system, but anecdotal reports from users appear to be favourable. However while testing the camera I discovered that dust had somehow managed to get inside the EFS 17-85mm IS lens that was supplied with my review sample, including several large particles between the front and second elements. The 40D includes a dust spot deletion feature, whereby a photo of a plain white surface is used to create a mask to hide the effects of any persistent sensor dust spots, but it proved to be incapable of correcting the effects of the dust inside the lens. 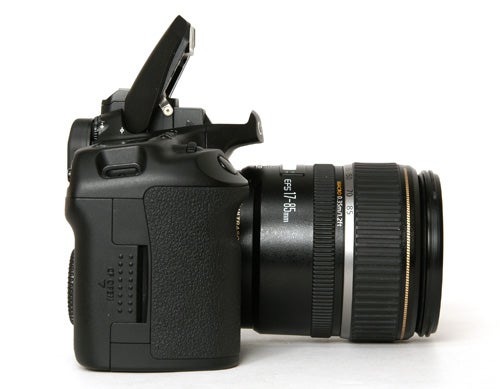 The autofocus system has also seen some improvements, with nine cross-type sensors spread more widely across the frame, and a diagonally-mounted centre sensor with improved low-light sensitivity. While it’s no match for the fantastic 51-point AF system in Nikon’s D300 it is still exceptionally quick and accurate, and works well in virtually all lighting conditions.

The faster DIGIC III image processor gives the 40D significantly faster performance than its predecessor, with a maximum shooting speed in continuous mode of 6.5 frames per second. It is worth noting however that it only produces this speed in JPEG mode. When shooting in 14-bit RAW mode the continuous shooting speed is closer to 2.5 frames per second, which is nonetheless still pretty quick by any standard. The buffer can hold 75 JPEG images or 14 RAW. 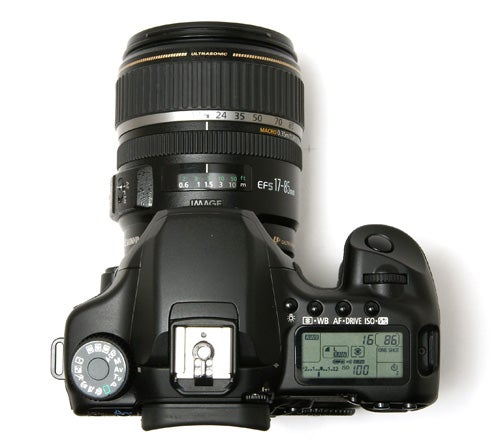 The main new features of the EOS 40D’s specification are all aimed at improving picture quality, and I am happy to report that they have been a resounding success. Quite simply, the 40D has the best final image quality of any comparable mid-range camera that I’ve tested so far. The depth and richness of colour, the exceptionally wide dynamic range and the massively impressive high-ISO noise control justify Canon’s decision to stick with the 10MP sensor. While the level of absolute detail may not be as high as its 12MP and 14MP rivals, the sharpness and clarity of the pictures are breathtaking. The 14-bit RAW files contain more luminance and colour information than is normally visible in 8-bit JPEG images, and as a result it is possible to make quite significant adjustments to exposure in RAW post-processing without impacting image quality, allowing details to be pulled out of shadows and highlights that 12-bit cameras would miss. Images shot at the minimum 100 ISO setting are flawlessly smooth, and even at the normal maximum of 1600 ISO the level of noise is amazingly low, and has virtually no impact on colour reproduction. The EOS 30D set a very high standard for image noise performance, but the 40D exceeds even that. 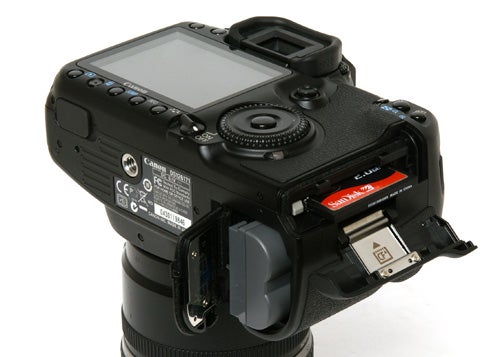 The Canon EOS 40D is facing a lot more competition than any of its predecessors, but still manages to set the benchmark for mid-range semi-professional DSLR cameras. Improvements to build quality, performance and image quality are a significant step up from the EOS 30D, and compare well with anything else on the market. However the live-view feature and the environmental sealing aren’t good as some of its competitors, and the control interface can be a bit fiddly too. Nonetheless, the 40D is genuinely pleasant camera to use, and the fantastic image quality more than makes up for any slight shortcomings and makes it worth the slightly steep asking price. 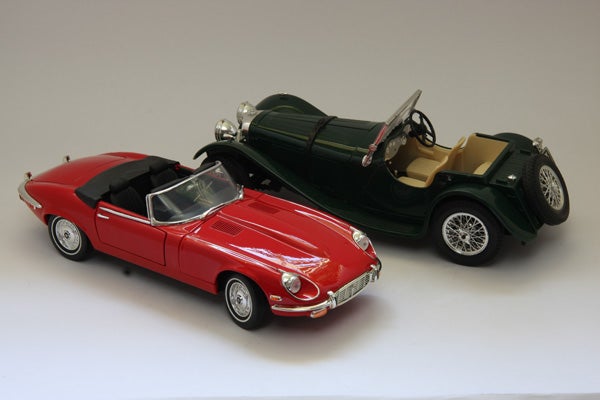 This is the full frame at 100 ISO. Note the black spot on the left side of the frame; this was caused by dust inside the lens. The following shots were taken in JPEG-only mode with default settings. 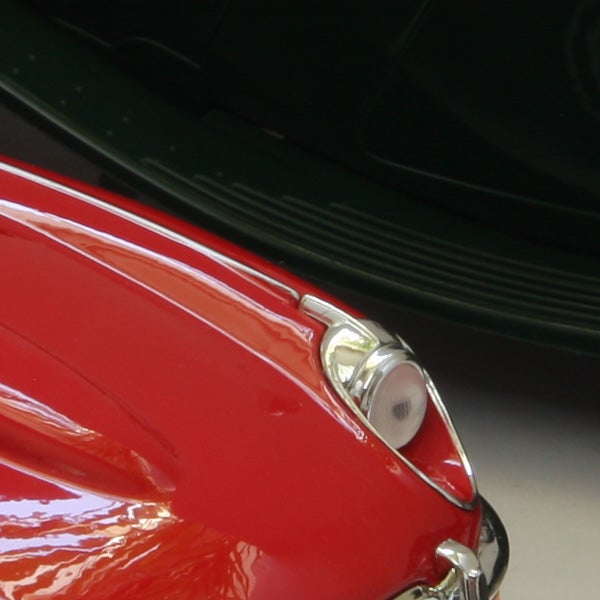 At 100 ISO the image quality is pretty much perfect. 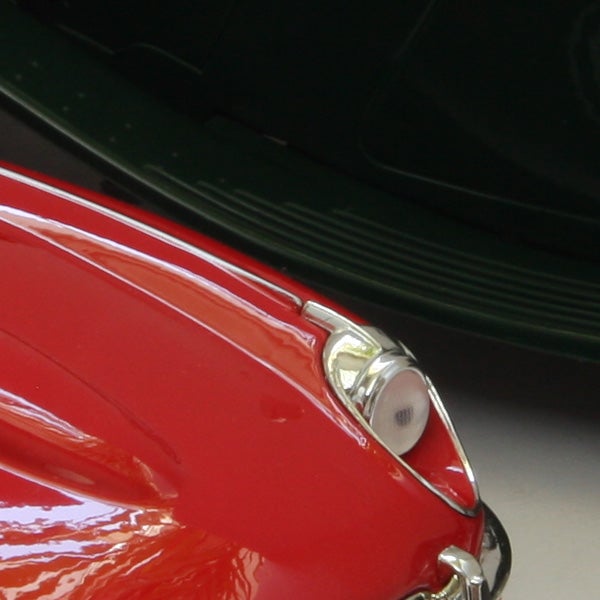 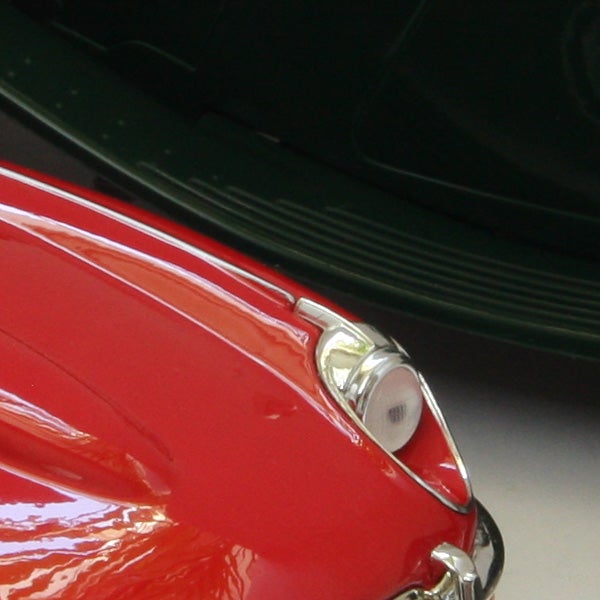 A tiny amount of fine-grained noise at 400 ISO, but no significant impact on image quality. 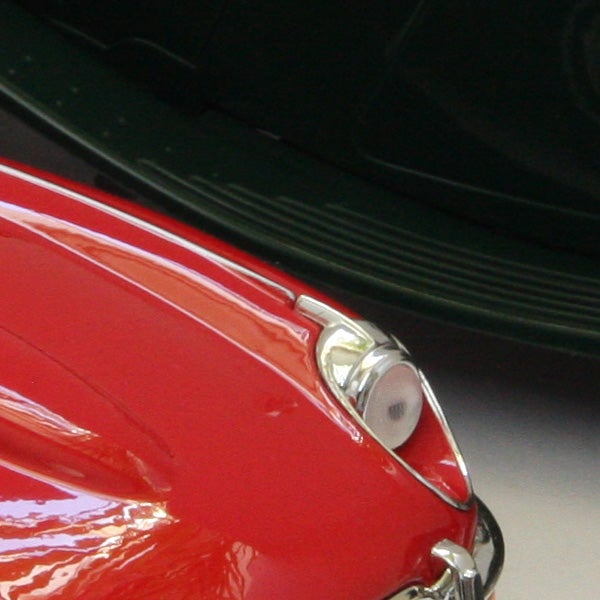 800 ISO and still only a slight smattering of noise. 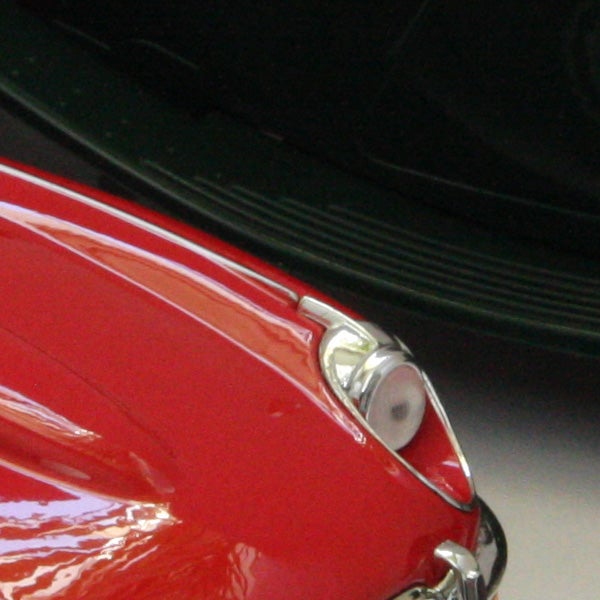 At the maximum normal setting of 1600 ISO there is some noise visible, but colour reproduction is still exceptionally good. 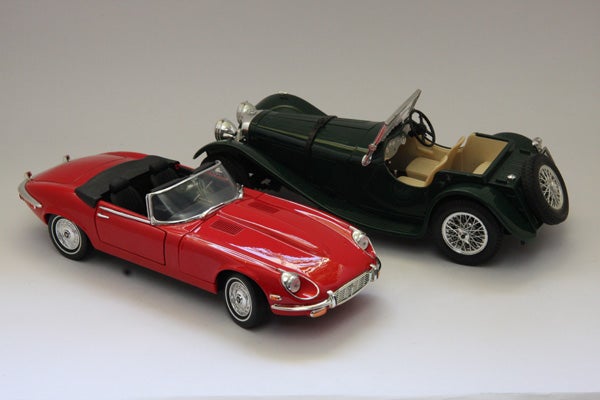 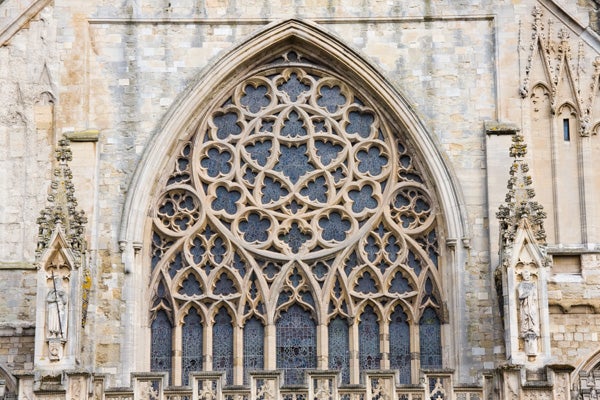 I thought it would be interesting to show what a DSLR makes of my usual compact camera comparison shot. This was shot in 14-bit RAW mode, the exposure was adjusted and the image converted to JPEG in Adobe Photoshop. Click to download the full-sized image or see below for a crop. 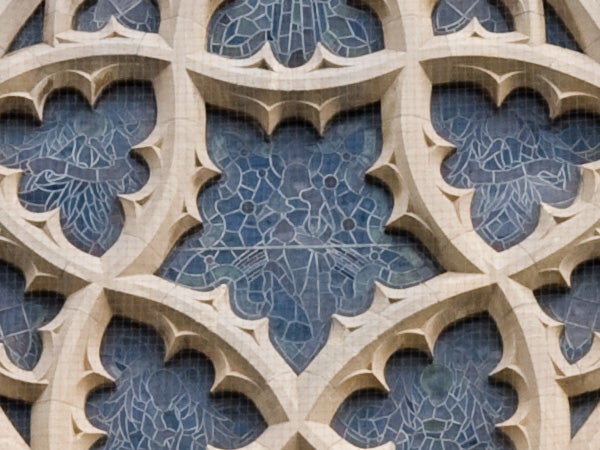 The level of fine detail and the overall image quality is very impressive. 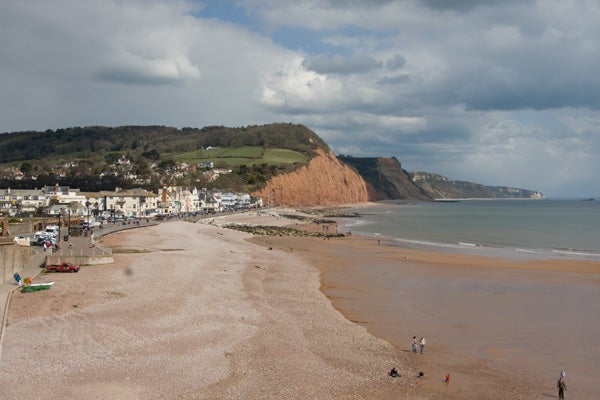 This is my usual DSLR comparison shot, of Sidmouth seafront. Compare this with other DSLR reviews. 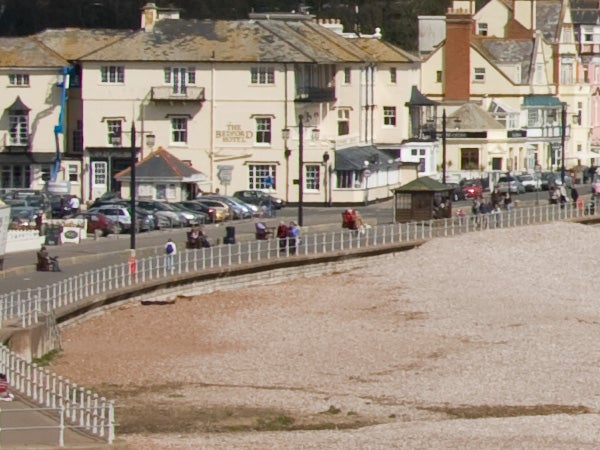 This was shot in 14-bit RAW mode and converted in Adobe Photoshop. 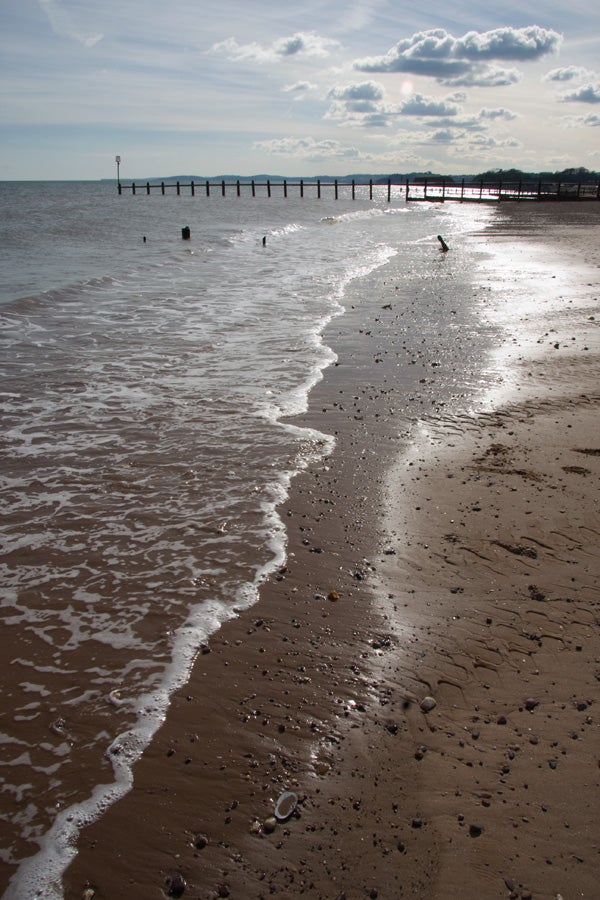 Shooting into the sun with bright reflections off the sea is an exposure nightmare, but the additional dynamic range of the 14-bit RAW mode has coped admirably. 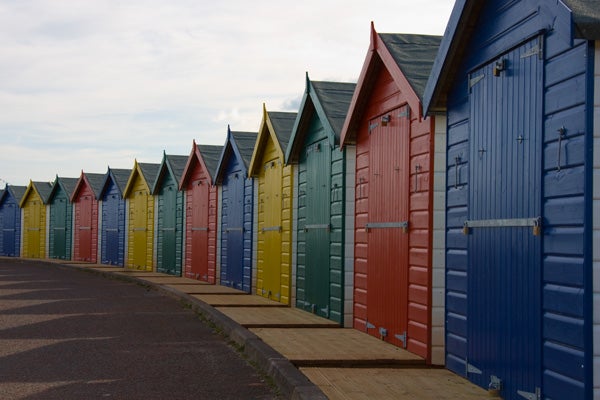 Even in shadow the colour depth is superb… 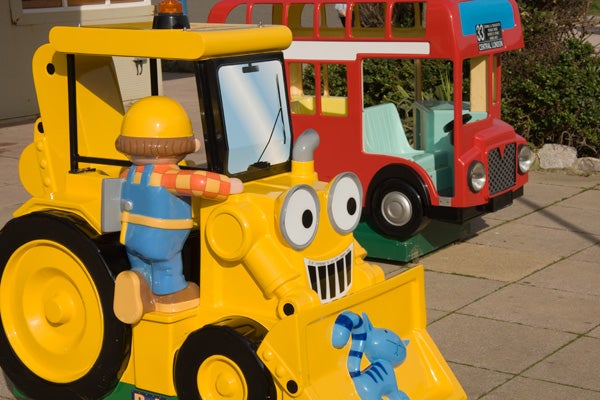 … while in bright sunlight it is even better. 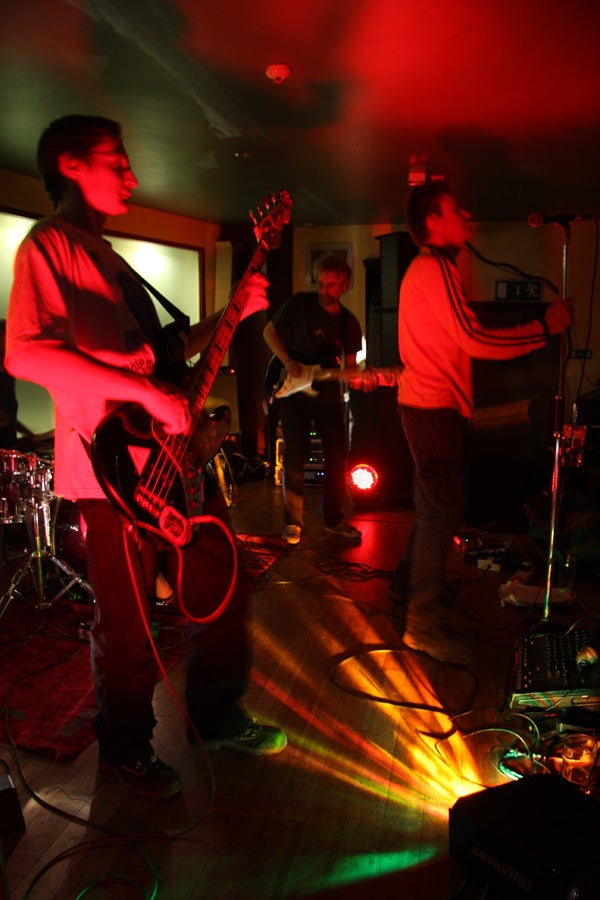 The improved AF system copes well with fast-changing light conditions, and focuses accurately in low light. The band are called Lazy, from North Devon. Catch them if you get the chance, they’re great. This was shot at the Amber Rooms in Exeter.