Investing in your first interchangeable-lens camera is a big decision to make. Two of the key things you’ll want to look for are a reliably performing camera that’s well supported by a wide range of lenses and accessories. The Canon EOS 200D delivers in both these respects. It put in a trustworthy performance during testing and I didn’t witness anything to say it won’t provide excellent reliability or last a long time in the hands of those who care for it. 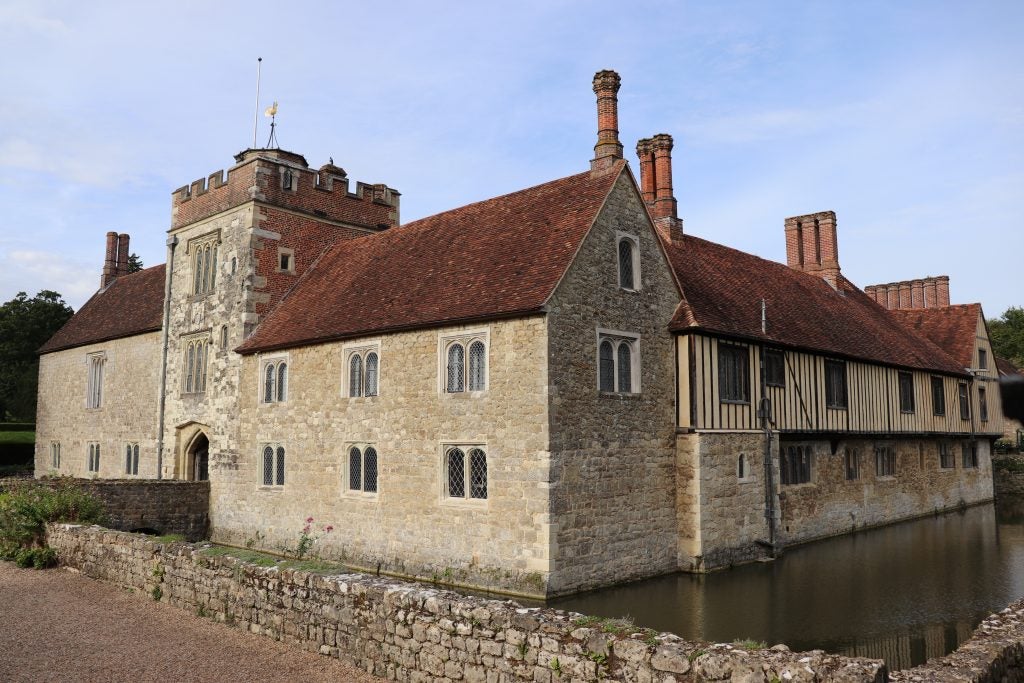 If you know you’re going to be using your camera a lot in the great outdoors where there is the chance you might be caught out by inclement weather you will want to make previsions to ensure it doesn’t get wet or damp. Unlike more senior models such as the EOS 80D, the EOS 200D doesn’t feature a weather-sealed construction.

The EF-S 18-55mm f/4-5.6 IS STM lens that you can buy with the camera is as good a place to start as any for a beginner, however it won’t take long before you reach its limitations. If you’d prefer a bit more reach to zoom in closer to distant subjects you may want to give the 18-55mm kit lens option a miss and settle for the EF-S 18-135mm f/3.5-5.6 IS STM bundle instead. It’ll save you looking for a second lens almost straight away after buying the camera, but does require you to pay an extra £240 for the privilege. Like the 18-55mm kit lens, the stepper motor (STM) allows for perfectly smooth transitions of focus when shooting. Not only that but the motor is completely silent, removing any threat of a noisy focusing affecting video audio. 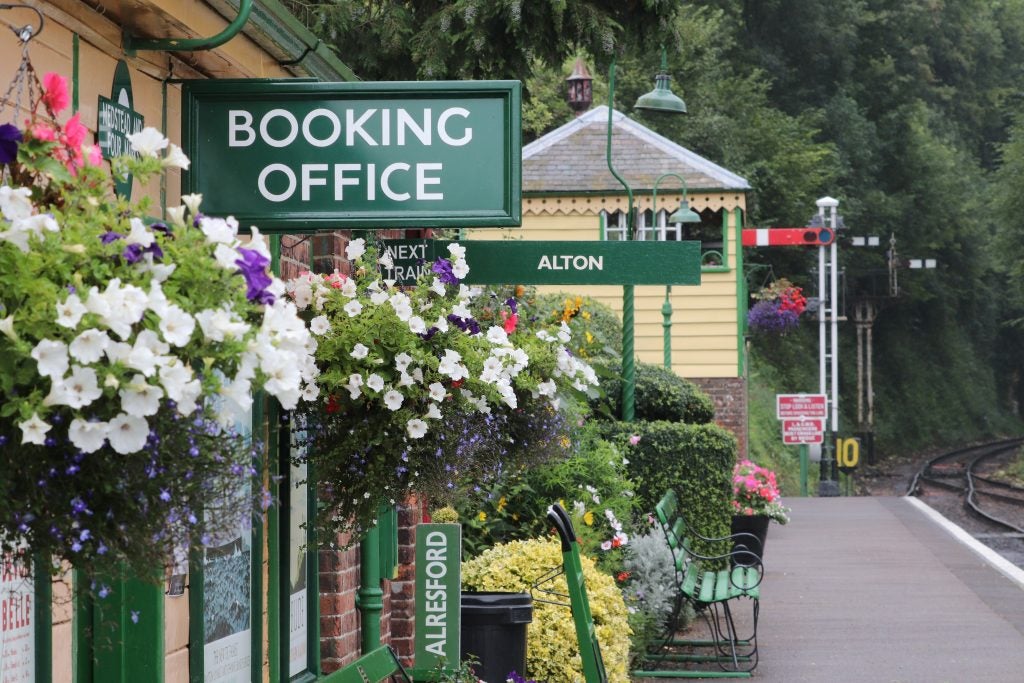 The beauty of buying into the Canon system is that the camera comes supported by a vast number of lenses and accessories. As well as accepting EF-S mount lenses, the EOS 200D is compatible with Canon’s EF lens range, which doesn’t include the masses of lenses that are also available from third-party manufacturers.

The only thing you’ll want to remember about attaching long and heavy lenses to the compact body is that it can upset the feel of the camera in the hand. Coupling the EF 70-300mm f/4-5.6 IS II USM lens to the front during testing did make it feel rather front heavy.

It’s clearly a camera that looks and feels at its best when it’s used with small zooms and primes. Saying that, great results can be achieved with heavier telephoto zooms – just be prepared to make a compromise in terms of handing and offer your left hand for some additional support. 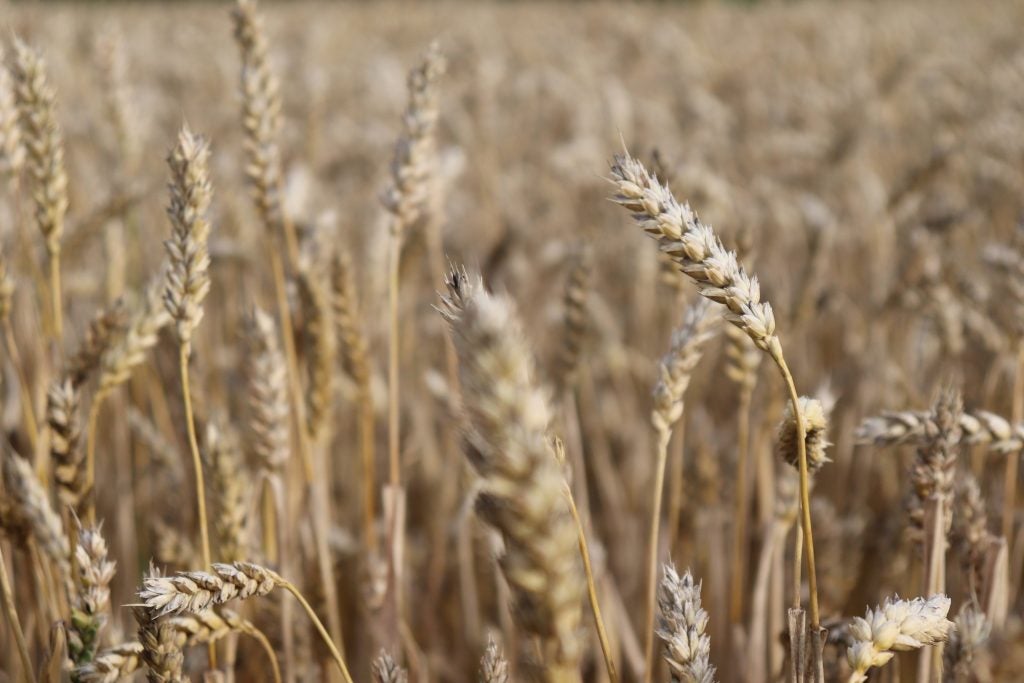 The EOS 200D meets its 5fps quota. With a SanDisk Extreme Pro SDHC card loaded it captured five JPEG and Raw files continuously before the buffer was full. Setting the camera to record raw files only saw it record the same number of frames, whereas shooting solely JPEG files allowed me to fill the card at 5fps and not worry about missing a shot by having a burst interrupted.

A close study of real-world images revealed the 63 zone dual-layer metering sensor does an excellent job of reading a scene and accurately exposing for it. There’s no apparent favouritism to under or over exposure and some users may like to view the histogram or highlight clipping warning, which is displayed by hitting the info button in playback mode. 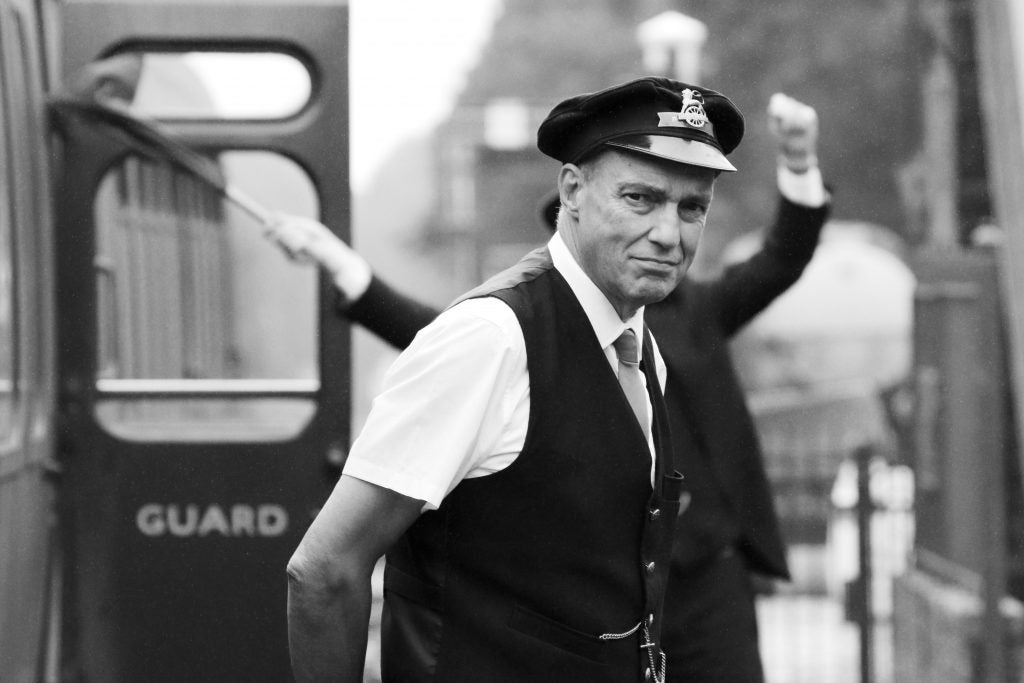 Having a camera that provides good battery stamina is hugely important. The EOS 200D’s has an advantage over some of its mirrorless rivals in the way it can shoot up to 650 frames from a single charge when the viewfinder alone is used. This isn’t to be complained at and should suffice most people’s needs on a daily basis. One thing worth noting though is that the battery life does drop to 260 shots per charge when it’s used in Live View. A spare LP-E17 battery for the camera will set you back £43.

The EOS 200D will perform well in the hands of the beginners and novices it’s aimed at. It would have been good to see it shoot a larger number of raw files at 5fps before the buffer was full, but there are other models such as the Canon EOS 800D that perform better in this respect. The autofocus performance in Live View is where it really excels over the EOS 100D and there’s currently no entry-level DSLR with a better vari-angle screen than you get on the EOS 200D.

The image quality results from the EOS 200D are very similar to those generated by the recently reviewed Canon EOS 800D and EOS 77D. This isn’t a huge surprise given that the EOS 200D uses the same sensor alongside the same DIGIC 7 image processor. Unlike some of its competitors, the EOS 200D’s sensor retains an optical low-pass filter and the increase to 24.2-million pixels sees it resolve slightly finer detail as well as return higher dynamic range figures across its sensitivity range compared to its predecessor. The noise performance is particularly impressive, with ISO 6400 being eminently useable in low-light situations.

Opting to shoot in the versatile raw format yields sharper results than leaving the camera to sharpen JPEGs automatically in-camera. Whereas the EOS 100D resolved a maximum of 3,000l/ph at ISO 100, the EOS 200D has no difficultly resolving close to 3,400l/ph at the same sensitivity setting.

Detail is preserved well as the sensitivity is increased, with an impressive 2,800l/ph being resolved up to ISO 6400. Detail does start to deteriorate with the introduction of more noise, but 2,400l/ph and 2,000l/ph is still recorded at ISO 25,600 and ISO 51,200 respectively. Users won’t want to push above ISO 6400 often if they’d like to retain the highest level of detail in their images.

Canon EOS 200D, raw, ISO 100. Multiply the number below the line by 200 for the resolution in lines/picture height

Canon EOS 200D, raw, ISO 3200. Multiply the number below the line by 200 for the resolution in lines/picture height

Canon EOS 200D, raw, ISO 12800. Multiply the number below the line by 200 for the resolution in lines/picture height

Canon EOS 200D, raw, ISO 51200. Multiply the number below the line by 200 for the resolution in lines/picture height

The 7.3EV recorded figure at ISO 6400 is impressive, but this is as high as I’d be willing to push the sensitivity on a regular basis. The drop to 6EV at the three highest sensitivities clearly indicates shadow detail is more heavily affected by noise at these settings. 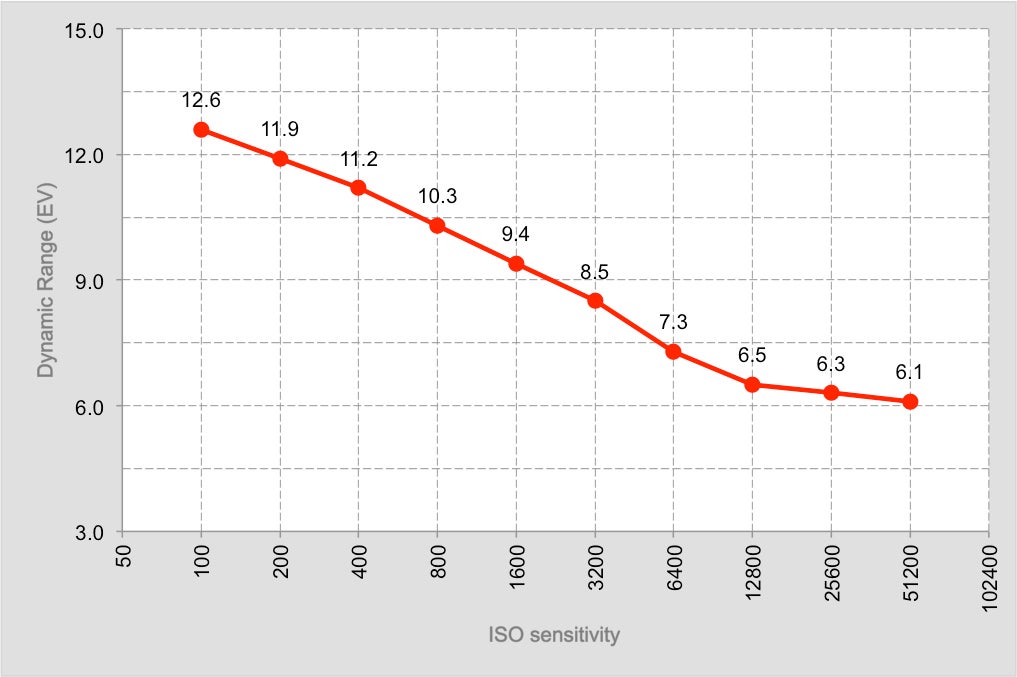 Out-of-camera JPEGs retain an acceptable level of detail up to ISO 1600, but the automatically applied in-camera processing does start to soften fine detail beyond this point. It’s highly recommended to select the raw format for the finest results at high sensitivity settings.

Our tests reveal luminance noise starts to be observed at ISO 800 and although it becomes more prevalent at ISO 3200 and ISO 6400, both settings are what I’d consider to be useable with some careful application of noise reduction applied in post. 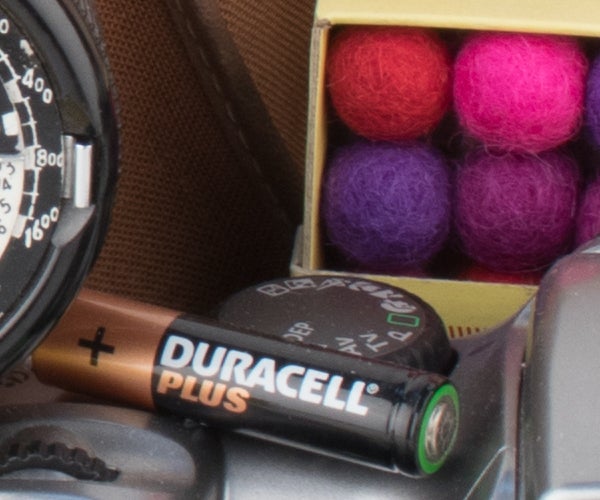 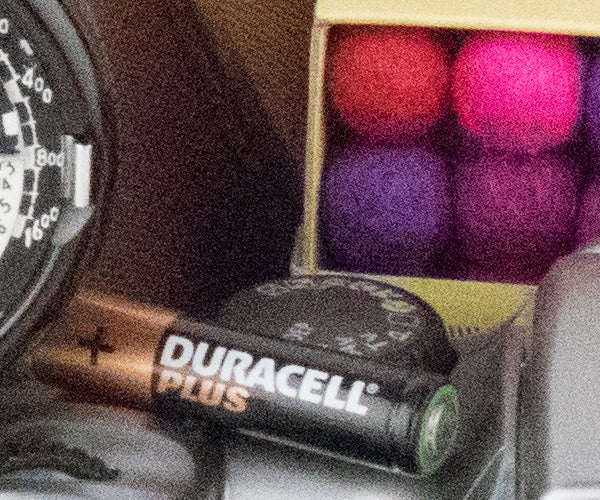 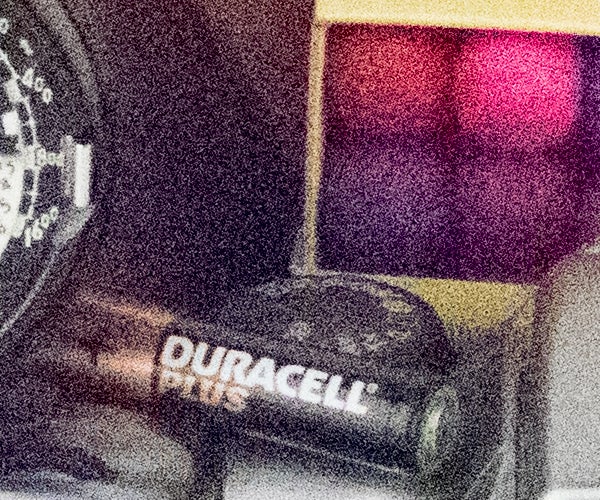 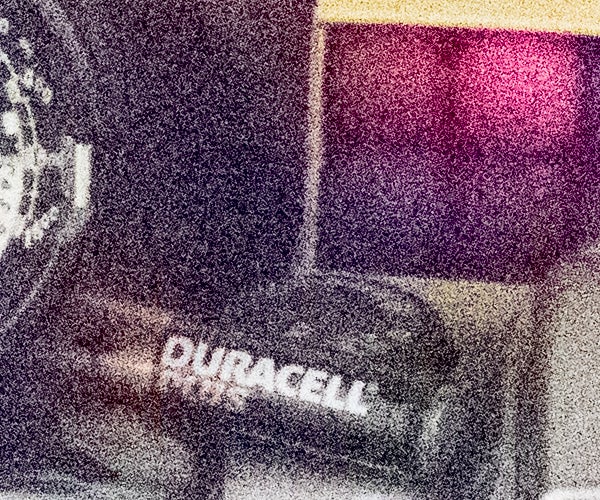 Although the EOS 200D is a fraction larger than the EOS 100D it replaces, it remains one of the smallest and lightest models in Canon’s entry-level DSLR lineup. It’s a camera that’s well geared up for beginners who’d like to pursue photography more seriously, and by spending around £300 more than you would on the EOS 1300D you get some appealing features that justify the extra outlay.

As well as its sensor, which performs better in low light, the EOS 200D can shoot a burst of images 2fps faster, offers a far superior focusing performance in Live View and presents a truly superb vari-angle touchscreen screen that’s the best of any camera in its class. 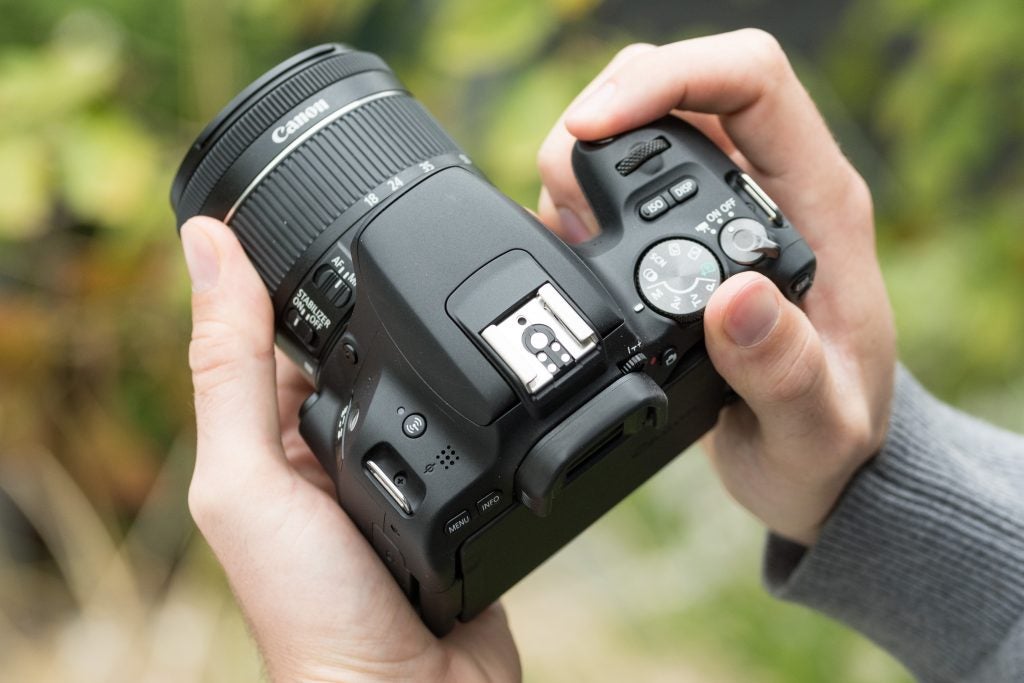 Canon has been building its lineup of DSLRs over the last couple of years to ensure there’s a camera that caters for everyone’s requirements. While having lots of choice is no bad thing, it does make the decision over which camera you choose rather more difficult.

If a small and lightweight body are your main priorities this is where the EOS 200D has the advantage, whereas if you feel you’d benefit from an advanced 45-point AF system, in-body 5-axis stabiliser for movie recording, as well as the ability to shoot more raw files continuously at a faster 6fps, you might be tempted by the EOS 800D. The fact that it costs around £190 more might exceed your budget, though, in which case you’ll quickly sway back to the idea of the Canon EOS 200D. 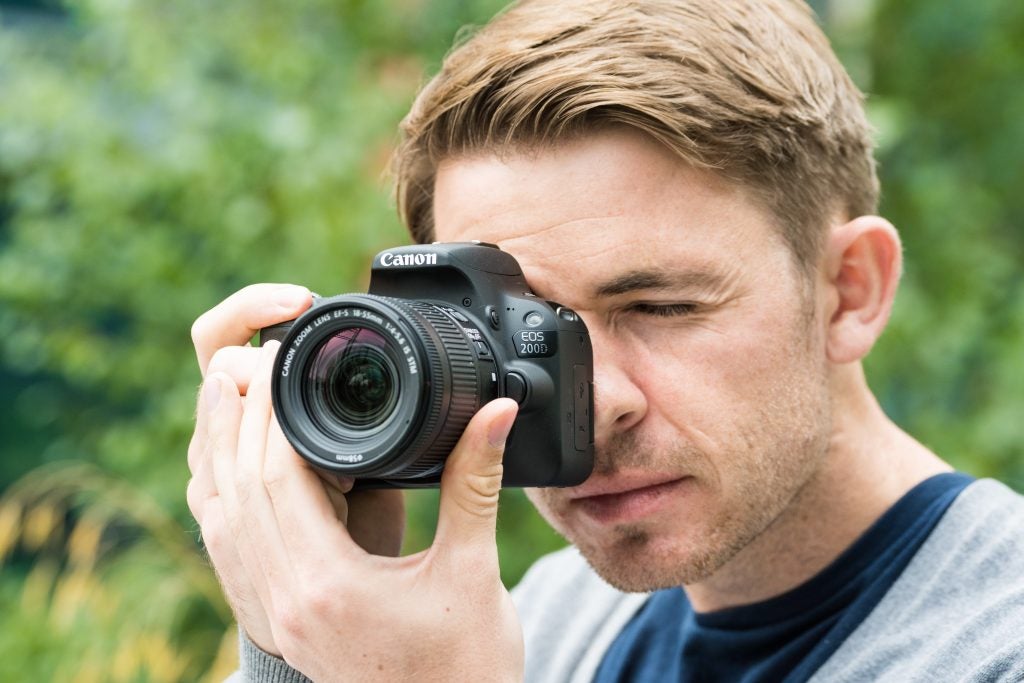 There’s a lot to like about the Canon EOS 200D – it’s reliable, well constructed, has good battery life and most importantly delivers excellent images straight out of the camera. The wireless connectivity works well too and offers a seamless way of getting your shots across to mobile devices ready to share.

A very likeable entry-level DSLR from Canon that clearly has the edge over its less advanced, albeit more affordable EOS 1300D sibling.