Those with some knowledge of Canon lenses will know that up until recently there have been two 85mm prime lenses in the company’s lineup. There’s the affordable EF 85mm f/1.8 USM (£325), and the bokehlicious EF 85mm f/1.2 L II USM, for which you’re required to pay a hefty premium (£1765).

There are of course third-party options worthy of consideration, such as the splendid Sigma 85mm f/1.4 Art DG HSM (£999) or Tamron 85mm f/1.8 SP Di VC USD (£749), but the good news for brand-loyal Canon users is that the wait for a fast telephoto prime with superior optics to the ageing EF 85mm f/1.8 USM is finally over.

The release of the EF 85mm f/1.4L IS USM has got Canon users across the globe very excited, but does it qualify as one of the most significant lens releases Canon has made in recent years?

Before delving into its optical construction, it should first be pointed out that being an EF lens, the EF 85mm f/1.4L IS USM is fully compatible with Canon full-frame DSLRs as well as those that employ an APS-C sensor and an EF-S mount.

Coupled to the latter, it becomes a highly practical and creative telephoto prime lens that’s equivalent to 136mm, however for a majority of my testing it was coupled to a Canon EOS 6D Mark II full-frame DSLR with which it was supplied for review. 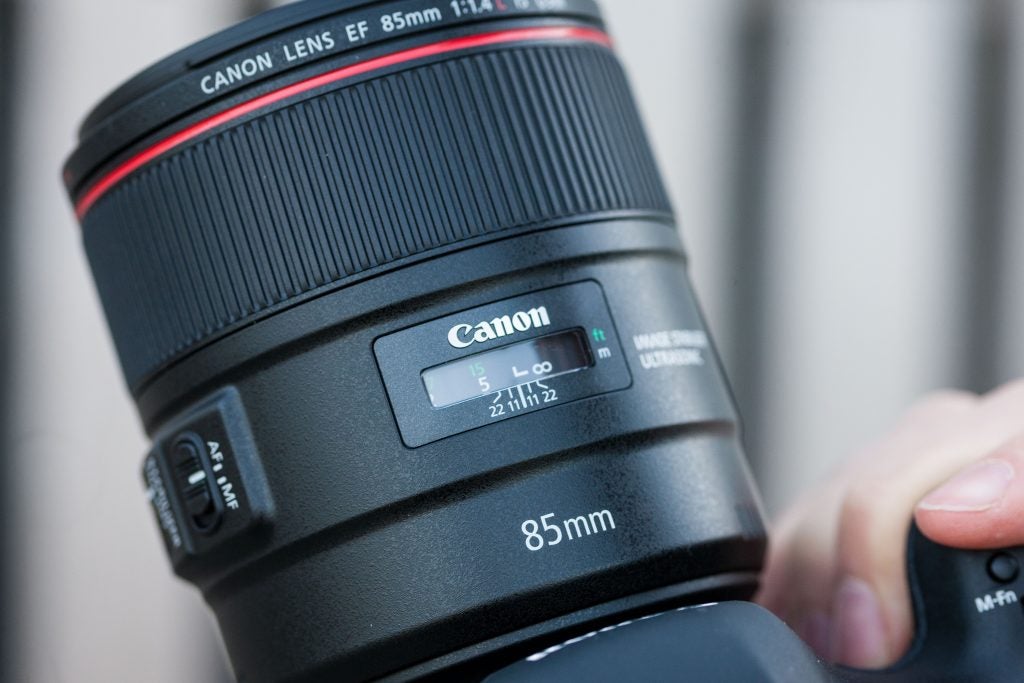 As a lens that looks set to appeal to professionals and serious enthusiasts who specialise in portrait, reportage and wedding photography, it needed a feature to make it stand out from its competition.

The distinct advantage it has over lenses such as the Sigma 85mm f/1.4 Art DG HSM, Nikon 85mm f/1.4 G AF-S and Canon’s existing 85mm lenses mentioned earlier is the way it offers unparalleled stability thanks to its optical image stabilisation that’s effective to 4 stops. This will allow users to capture sharp handheld shots slower than would otherwise be possible, and will be a godsend in low-light venues such as churches and in dark interiors.

The lens features an internal construction of 14 elements in 10 groups, with high-precision elements that Canon say have been implemented to correct chromatic aberration and deliver the optical performance required by the highest resolution sensors.

Furthermore, it employs Canon’s air sphere coating (ASC) technology to the front element to eliminate the affects of flare and ghosting. The USM abbreviation in its name also signifies that it’s equipped with an Ultra Sonic Motor to ensure focus performance is both hasty and quiet. 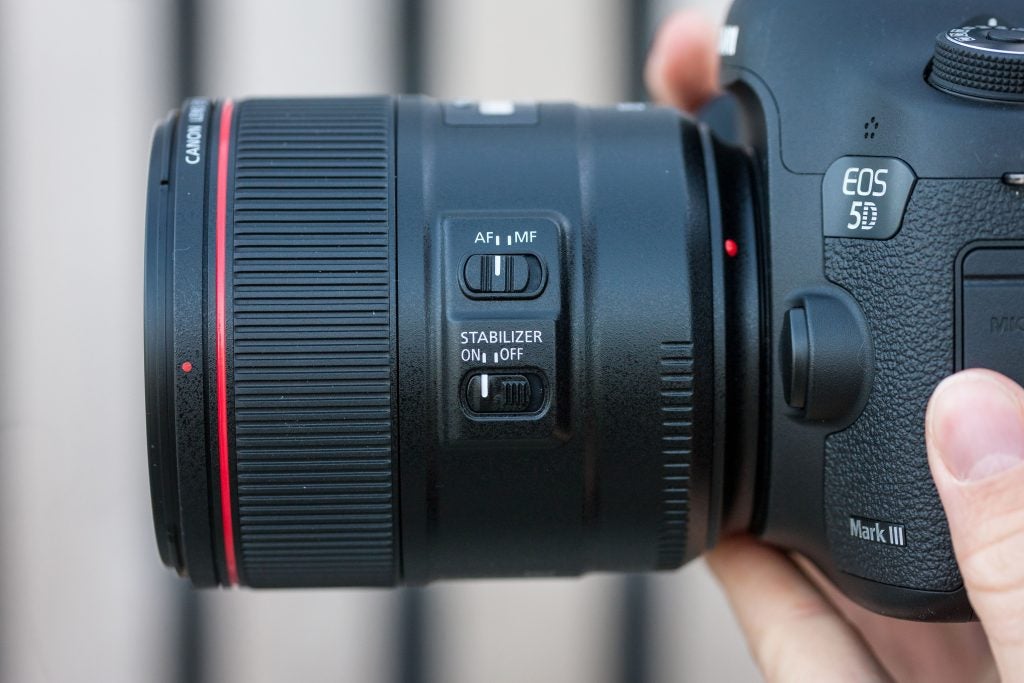 Inside the barrel, the lens is equipped with an electro magnetic diaphragm, which comprises nine aperture blades. Other important features to note include its 0.85m minimum focusing distance and 77mm filter thread at the front, which is larger than the 58mm and 72mm filter threads as found on the EF 85mm f/1.8 USM and EF 85mm f/1.2 L II USM.

Those interested in this lens will be keen to know how it shapes up to its closest relatives. Compared to the EF 85mm f/1.8 USM, it’s much chunkier but isn’t quite the brute that the EF 85mm f/1.2 L II USM is, weighing 75g less.

It’s not a lightweight lens by any means and as such feels best paired with full-frame DSLRs that offer a large grip and the option to attach a battery grip to improve comfort when shooting into the portrait orientation. Mounting the lens briefly to the Canon EOS 800D made the pairing feel rather nose heavy so APS-C users will want to take note of this. 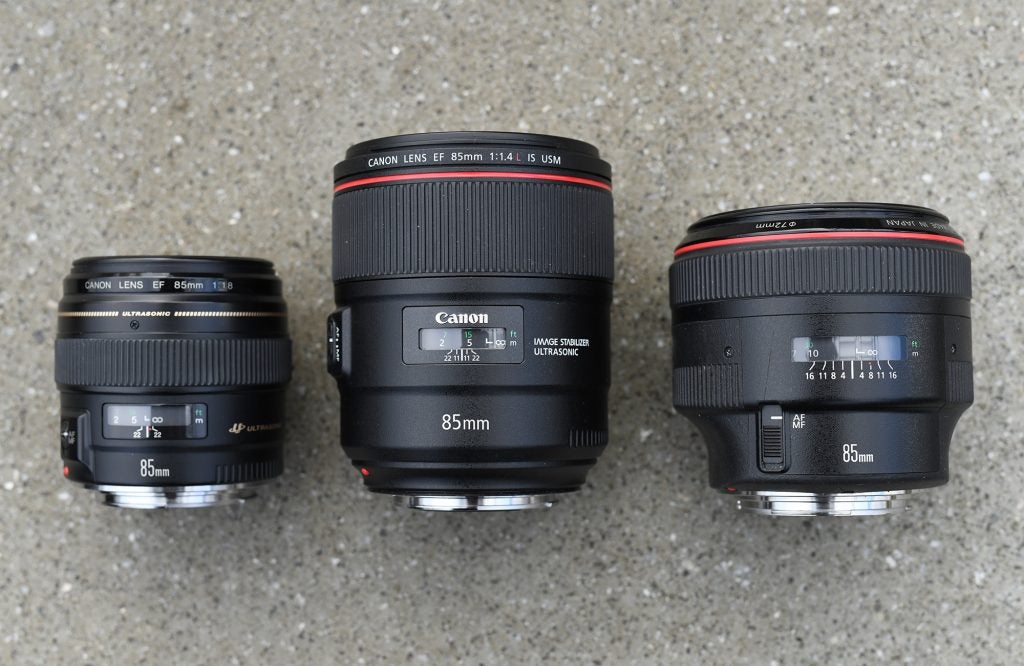 The lens is longer than the EF 85mm f/1.2 L II USM by just over 20mm, giving you more barrel to cup in your left hand. Coupled to a full-frame DSLR, the feel of the lens is excellent. It rests comfortably in the palm with much better access to the AF/MF switch than you get on the EF 85mm f/1.2 L II USM. The image above shows it positioned between Canon’s other 85mm primes.

Just below the AF/MF switch on the side of the barrel is the stabilizer switch. When you’re using the lens you quickly become accustomed to which switch is which from behind the camera as both switches are subtly different in profile. The manual focus ring is larger than that on the EF 85mm f/1.2 L II USM, offering far greater resistance with a consistently smooth motion across its focus range of 0.85cm to infinity. Towards the rear of the lens the barrel tapers in slightly and there’s a rubber gasket that compresses against the mount of the camera to create a weather-resistant seal.

With the lens you get a new ET-83E lens hood that attaches and locks through 90 degrees. A small button has to be depressed to release it and in the usual fashion it can be attached to the lens when it’s reversed to free up space in the bag. The lens is also supplied with Canon’s pinch-to-release style of lens cap.

Before studying the optical quality of the lens, I carried out a few image stabilisation tests of finely detailed static subjects in low light to find out just how slow the lens can be used handheld. The lens’s 4-stop image stabilizer makes a huge difference negating camera shake and an inspection of shots back on the computer revealed it’s possible to shoot sharp shots at as slow as 1/10sec with a steady hand and solid handheld technique. 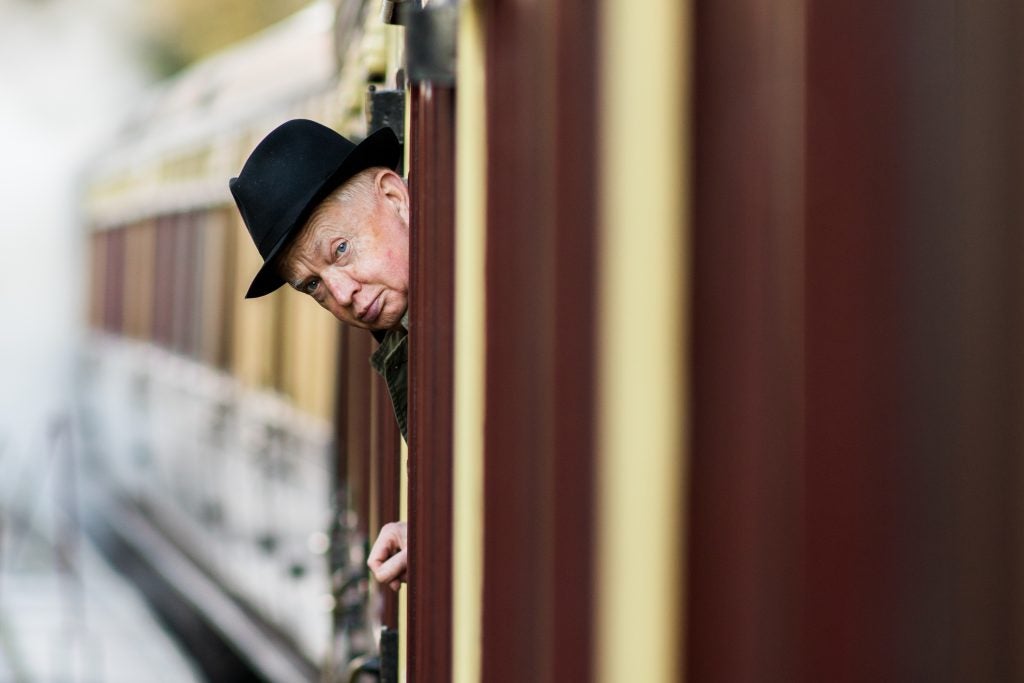 Next, I analysed the lab results alongside real-world images and studied comparisons with Canon’s older 85mm lenses. The lens renders gorgeous blur behind subjects when it’s used wide open and though the level of sharpness can be improved across the frame by stopping it down to f/5.6, centre sharpness at f/1.4 remains impressive, as illustrated in the sample images that support this review. 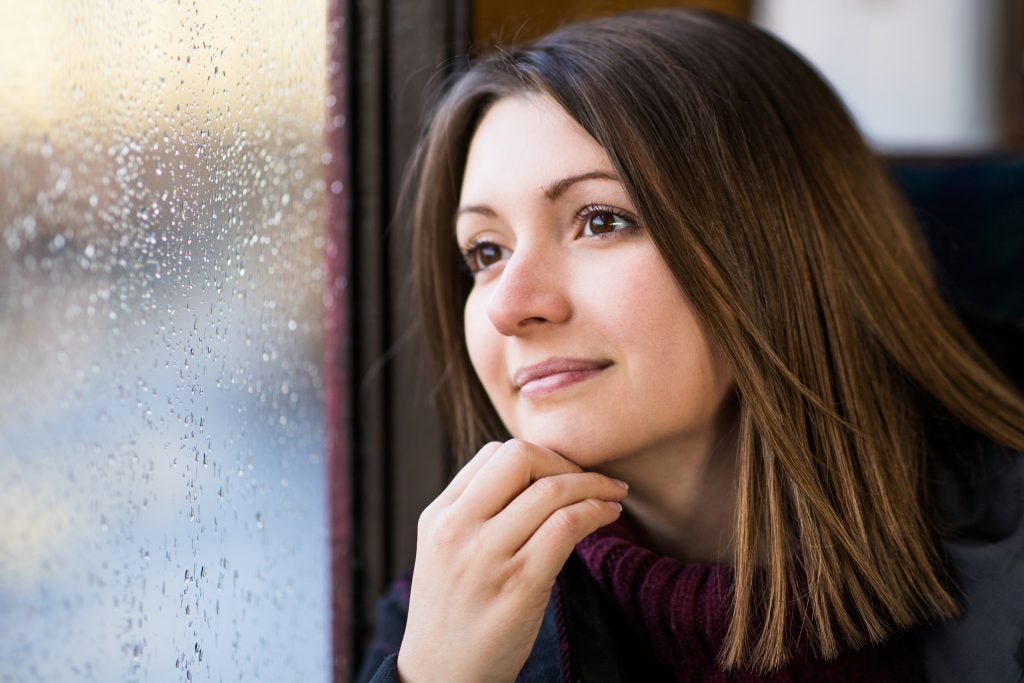 Comparisons through the aperture range revealed its perceptibly sharper than Canon’s EF 85mm f/1.8 USM. The real beauty of this lens is that I found my hit-rate of pin-sharp shots at f/1.4 much higher than using the EF 85mm f/1.2 L II USM – a lens that has a bit of a reputation for being a pig to nail focus at its maximum aperture. 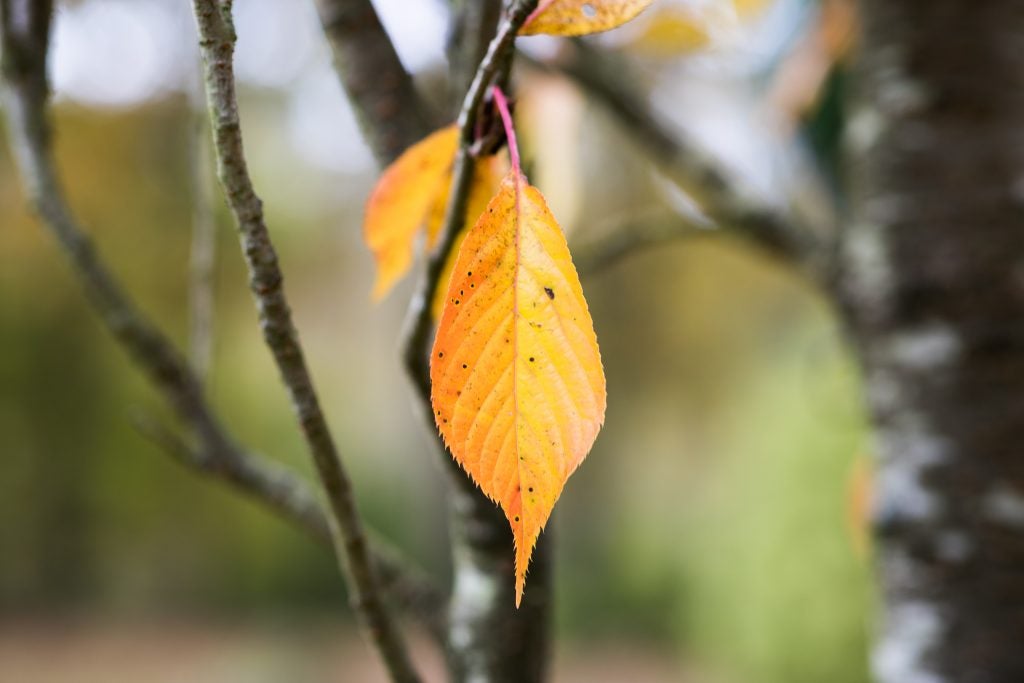 Anyone looking at the lens as a potential upgrade from the EF 85mm f/1.8 USM will approve of the way the lens handles chromatic aberration more effectively. Traces of purple fringing can’t be spotted a mile off like they can on its cheaper sibling, but that’s not to say fringes of colour aren’t completely absent. Green and purple fringes of colour were observed along some high contrast edges, which will prompt users to tick the remove chromatic aberration box in Lightroom and Camera Raw to correct it. 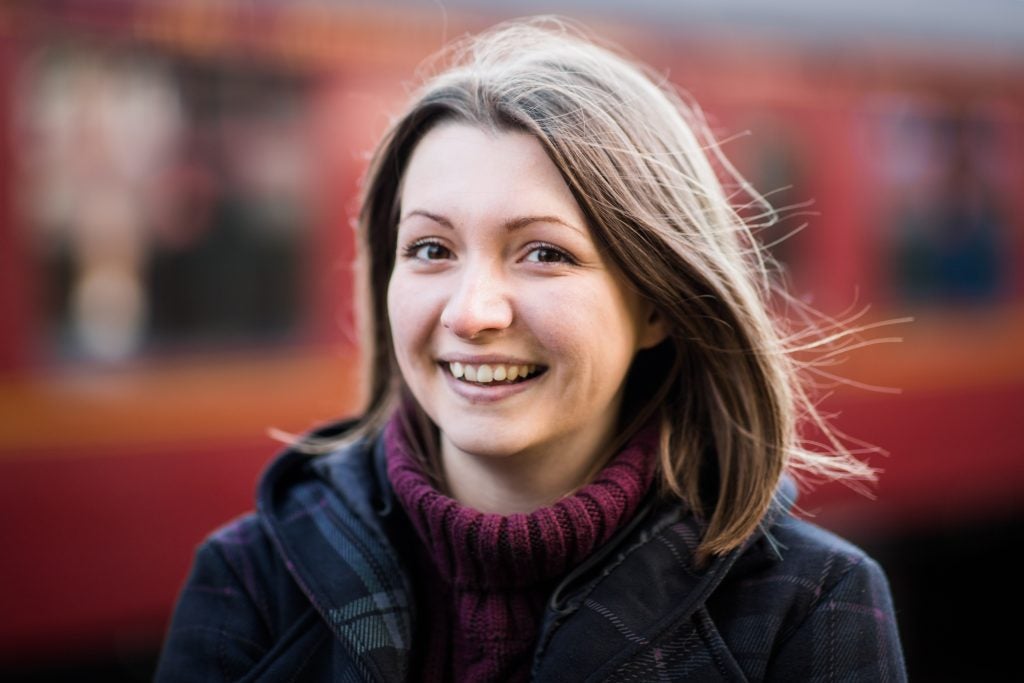 As one can expect from a fast prime, vignetting is evident at f/1.4. The shading features a rather gentle fall off though so it’s rather complimentary to portraiture and other subjects where you’d like to lead the viewer’s eye towards the centre of the image. Closing the aperture from f/1.4 to f/2 sees the vignetting gradually disappear and by the time f/2.8 is reached it’s unnoticeable. 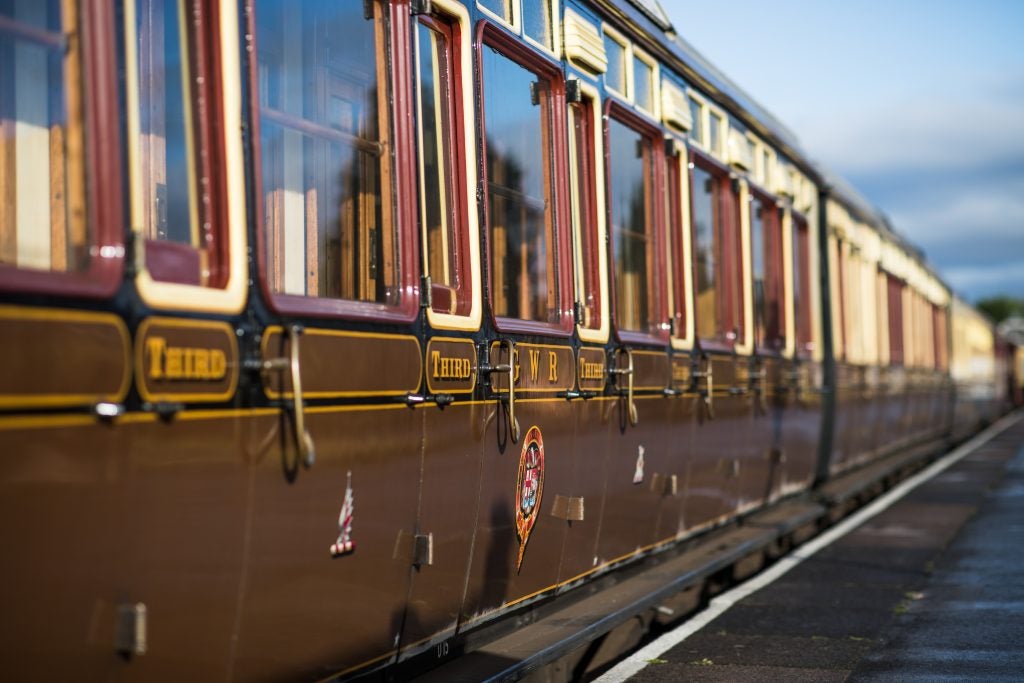 The distortion chart did flag up evidence of pincusion distortion towards the edges of the frame, but you’re unlikely to notice it in your images unless you apply a lens correction profile and then compare it back and fourth with the original.

Centre sharpness is marginally sharper than at the edge when the lens is used wide open at f/1.4. As the aperture is stopped down, centre sharpness improves and peaks at f/5.6. The graph clearly shows there’s a noticeable increase in corner sharpness between f/2.8 and f/5.6, and for the sharpest results from corner to corner users will want to use the lens around its sweet spot of f/5.6-f/8. Good results can be achieved beyond this point, but users should beware that diffraction does have the effect of softening images from f/16 onwards. 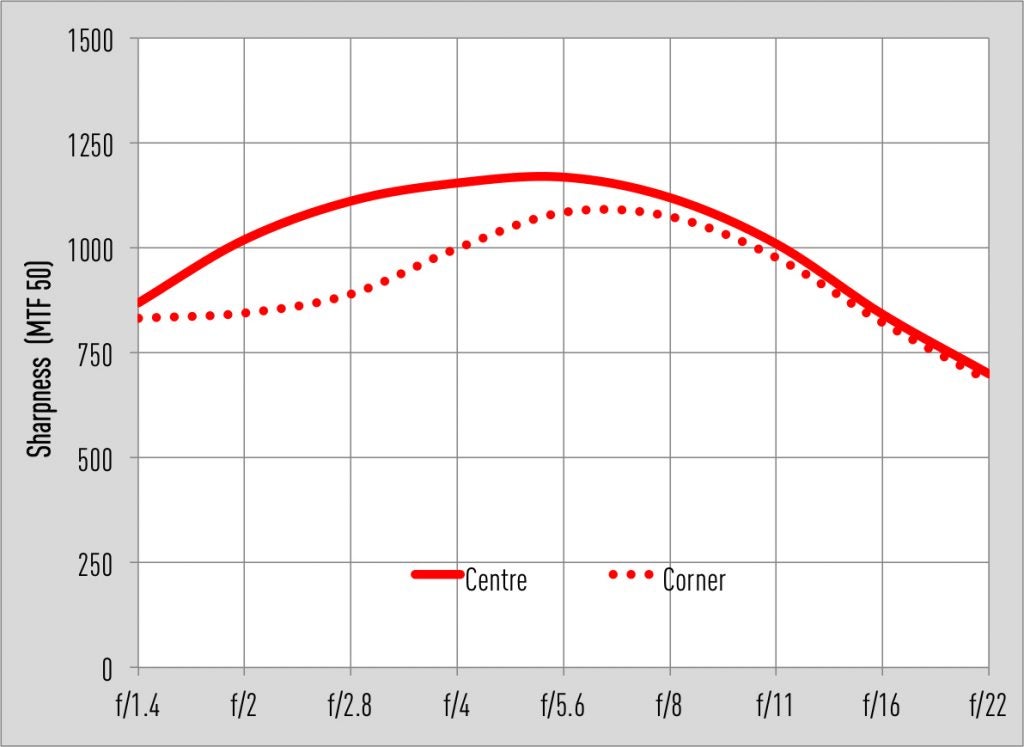 Opting to use the lens at its maximum aperture will result in the corners of images appearing approximately 1.4EV darker than the centre. This vignetting isn’t by any means offensive to images shot wide open though and is actually very effective at helping to draw the viewers eye towards centrally positioned subjects in the frame. Stopping the lens down to f/2 sees the affect of vignetting reduce considerably and by f/2.8 there’s no sign of corner shading in real-world images. 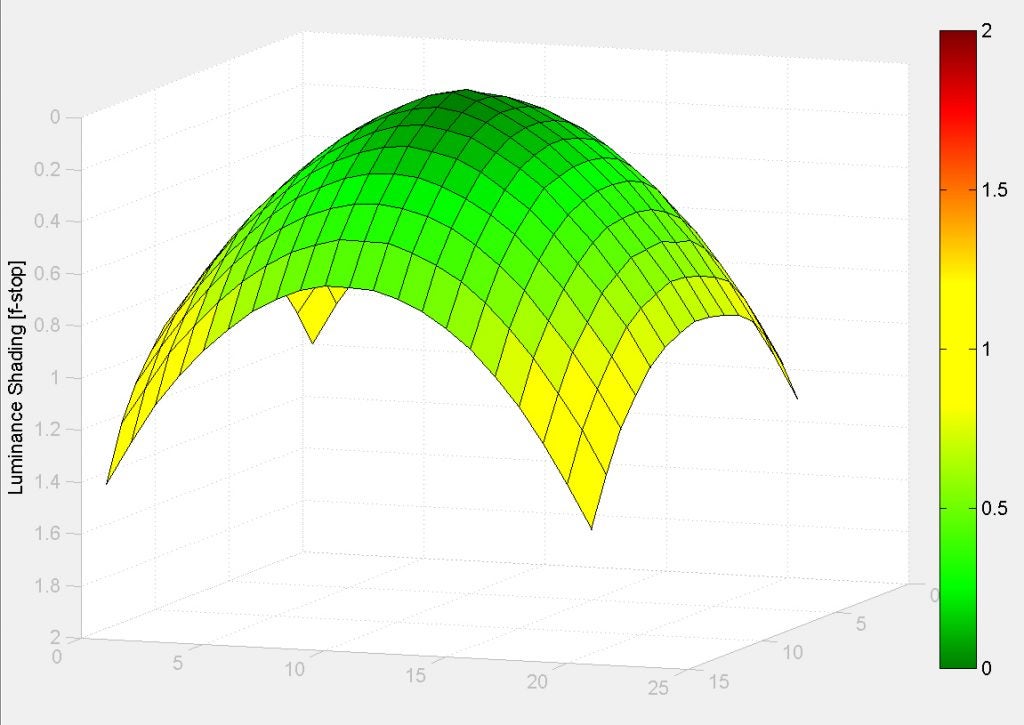 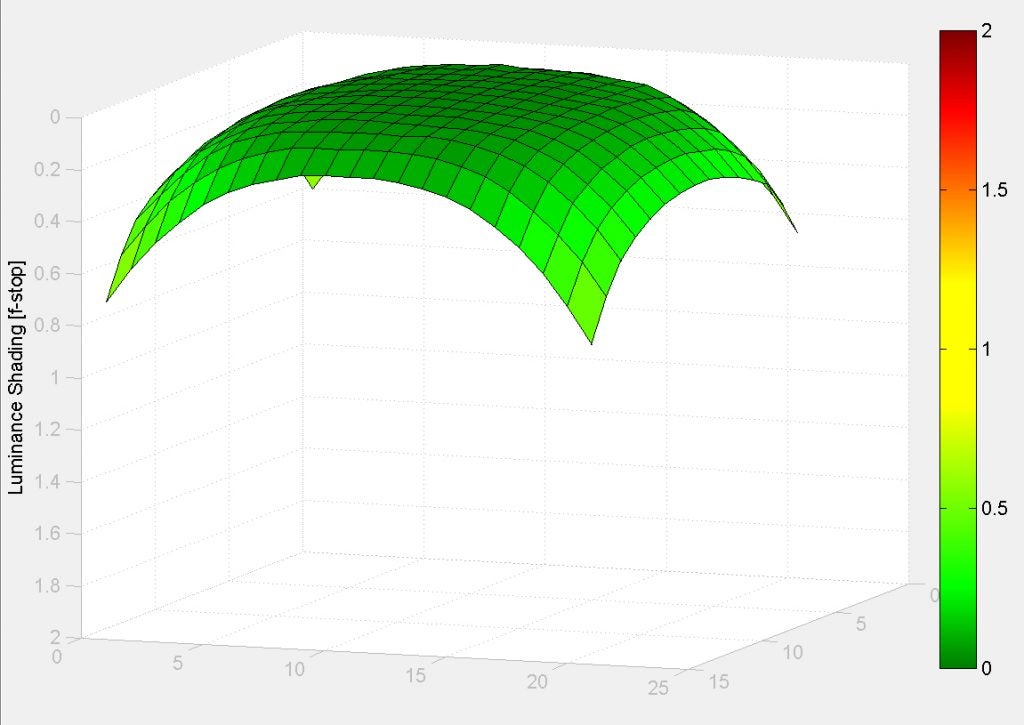 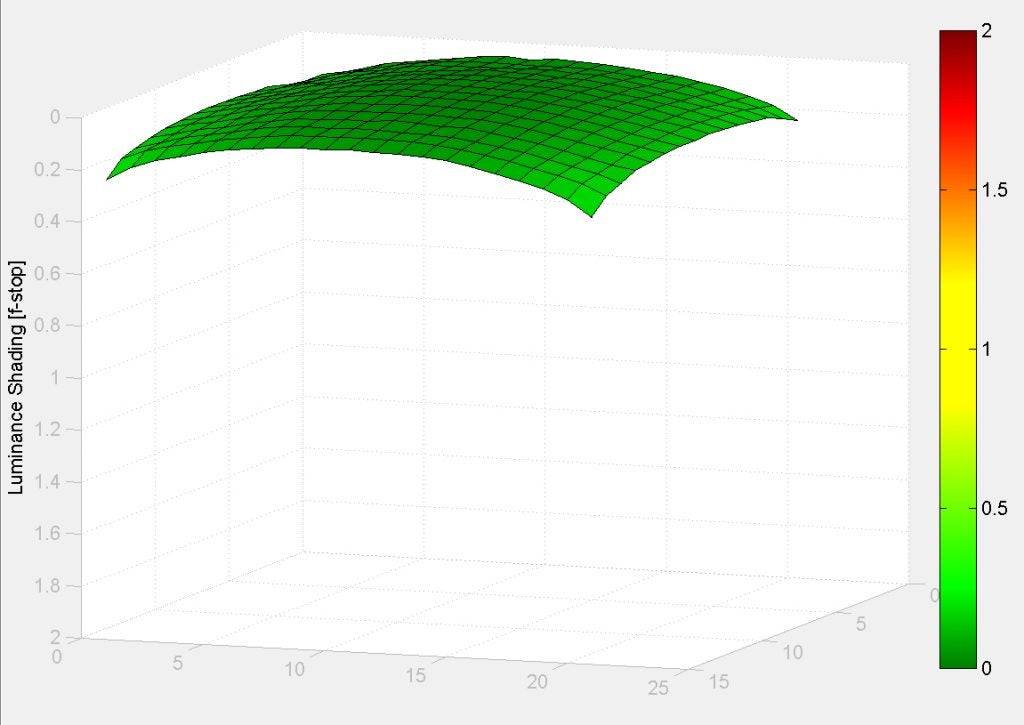 As to be expected from a short telephoto prime, distortion is well controlled and isn’t anything to get too concerned about. Our distortion chart did show a small amount of pincushion distortion, but you’ll be hard pushed to notice this in real-world images and is always something you’ll be able to correct for in post-processing as soon as the lens is supported by a lens profile. 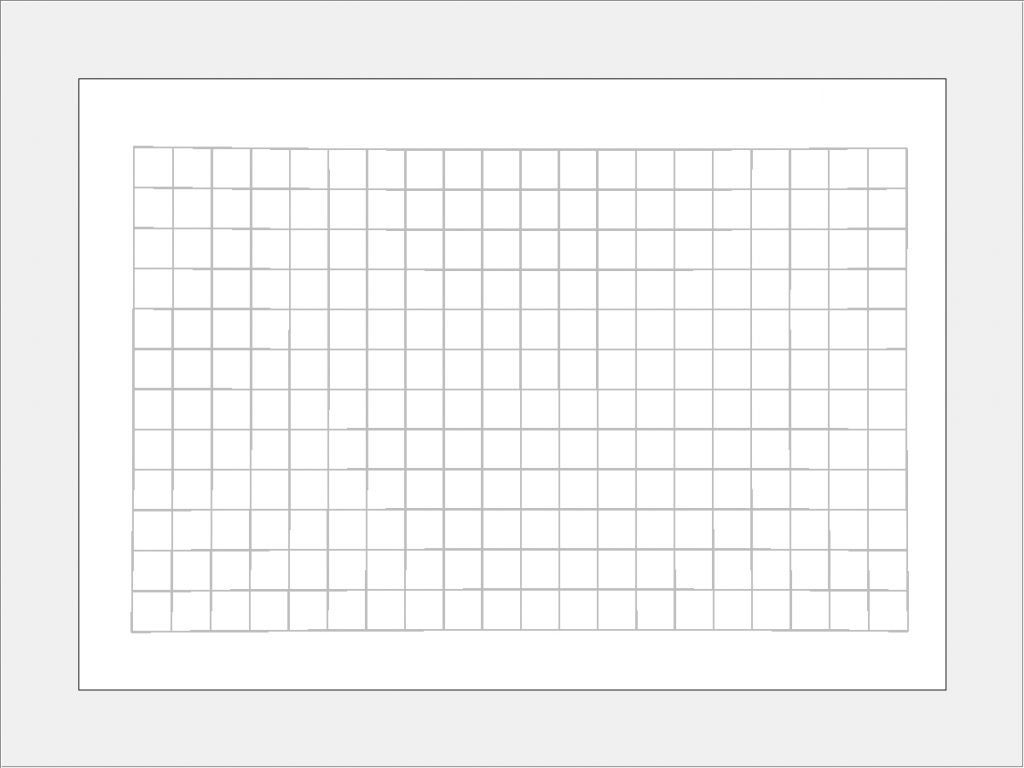 When Canon announced that they’d be making a new medium telephoto prime it caused quite a stir amongst portrait, reportage and wedding photographers who have been patiently waiting for such a lens to arrive in the L-series. The saying of good things come to those who wait is true in the case of the EF 85mm f/1.4L IS USM and it’s an optic that nestles in nicely between the EF 85mm f/1.8 USM and exorbitant EF 85mm f/1.2 L II USM.

The optical quality is leaps and bounds ahead of Canon’s cheaper EF 85mm f/1.8 USM, while its accurate autofocus, great handling and built-in optical image stabilisation are compelling reasons to choose it ahead of the EF 85mm f/1.2 L II USM. 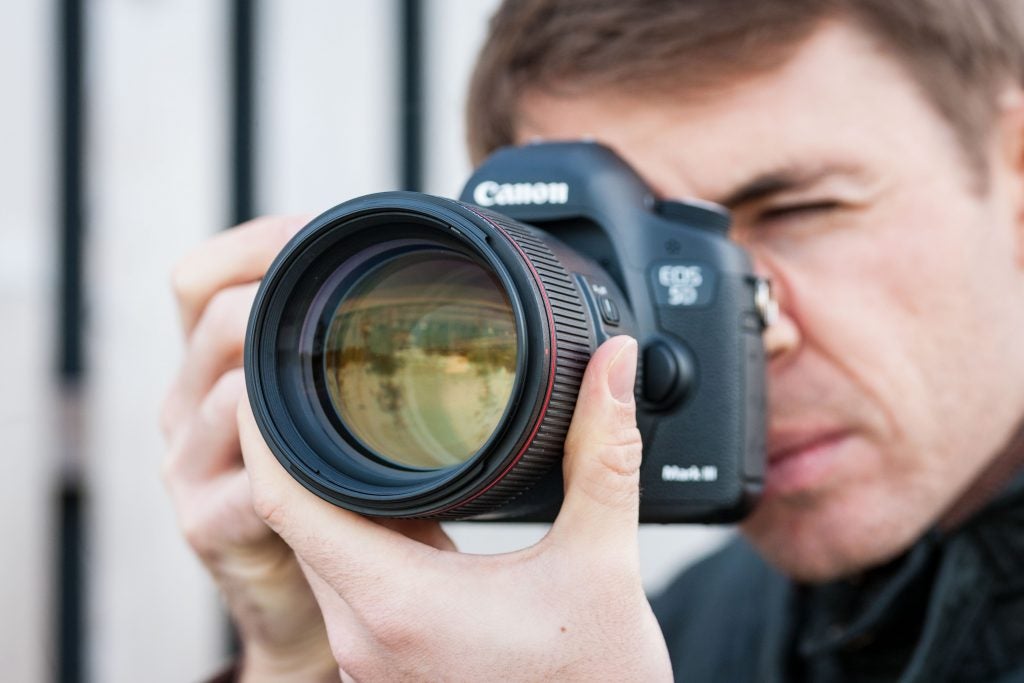 Some Canon photographers may protest that the incredibly shallow falloff that’s achieved with the EF 85mm f/1.2 L II USM is worth paying a premium for, but others, myself included, will be quite happy to make a £180 saving and reap the reward of sharper shots at slower shutter speeds when shooting in low-light.

This is without doubt one of the finest prime lenses Canon has made in recent years. It answers exactly what many users have been asking for and I foresee it being a lens that fetches high demand from portrait and wedding photographers around the world who shoot on full frame EOS DSLRs.

If you’re a Canon full-frame DSLR user who’d like a fast, well-built, optically stabilised medium telephoto prime lens, be prepared to fall in love with the EF 85mm f/1.4L IS USM. The image quality and centre sharpness it’s capable of wide-open is very impressive. While it’s not exactly cheap at £1569, it’s a price that serious photographers won’t mind splashing out on to give their shots the edge over others.