The Canon EF 70-300mm f/4-5.6 IS II USM is a mid-range telephoto zoom lens for Canon’s DSLR cameras, incorporating both optical image stabilisation and a new, fast and silent Nano USM motor for autofocus. It can be used on cameras with both APS-C (‘crop’) and full-frame sensors, and also on Canon’s mirrorless EOS M series cameras via the Canon EF-EOS M mount adapter. It costs around £499.

Back in 1995, Canon introduced the world’s first image-stabilised telephoto zoom for SLR cameras, in the shape of the EF 75-300mm f/4-5.6 IS USM. Photographers armed with this new technology could expect to be able to use shutter speeds that are two stops slower than usual and still achieve sharp images without blur from camera shake. At the time this was widely dismissed as a gimmick, or a crutch for poor technique. How things have changed.

Almost predictably, this latest model gains another stop of stabilisation. But it also employs a new Nano USM autofocus motor and an LCD panel that can display various information, all wrapped up in a smarter, more modern-looking design.

With a launch price of £499 it isn’t hugely more expensive than its predecessor, but it does cost considerably more than its closest third-party competitor – the 6-year-old Tamron 70-300mm f/4-5.6 Di VC USD.

With an optical formula of 17 elements in 12 groups including one ultra-low dispersion (UD) glass element, this new optic is more complex than either of its direct predecessors. This is reflected in a slightly larger size: it’s 145.5mm long and 80mm in diameter, with a weight of 720g. 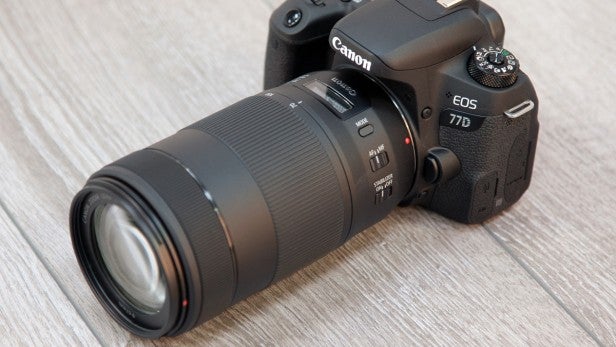 Surprisingly, though, it reports slightly smaller maximum apertures at intermediate zoom settings compared to its predecessor – although the difference isn’t of any practical concern. However, it uses less glass than Canon’s upmarket ‘L’-series lens with the same zoom range, which is larger and heavier as a result.

Internally, a nine-bladed diaphragm with curved blades gives a near-circular aperture for attractive background blur. The minimum focus distance is a close 1.2m, bringing a magnification of 0.25x.

Its EF designation means that this lens covers a full-frame sensor, making it an ideal partner to the EOS 6D or the recently announced EOS 6D Mark II. Of course, it can also be used on APS-C sensor bodies such as the EOS 80D, on which it will provide a 112-480mm equivalent view.

The lens’ most diverting feature, however, is surely its new top-plate LCD panel. Pressing a button beside this sees the display cycle through three modes: focal length (shown as 35mm equivalent on crop-sensor bodies), a camera shake meter in two dimensions, and the current focus distance complete with a simple depth-of-field scale. 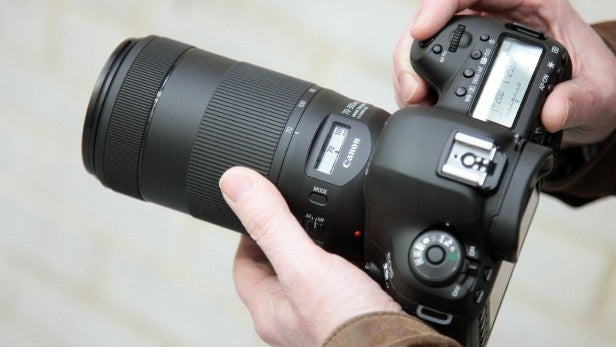 Holding the button for a second switches between dark lettering on a light background and vice versa, while a longer press turns the display off entirely. This is all technically very clever, and the display does a really convincing job of updating in real-time as the zoom or focus is changed. But it isn’t entirely clear what it’s really useful for, especially since you can’t see the display when looking through the viewfinder.

At the front of the lens you’ll find a 67mm thread for screw-in filters, and around it there’s a bayonet mount to attach the ET-74B hood. Shamefully, though, Canon doesn’t include this in the box – instead expecting you to pay a staggering £80 for what is ultimately a cylindrical piece of plastic.

You’ll certainly want a hood,  since the lens can show severe flare when shooting into the light without one. Thankfully, the enterprising third-party maker JJC will sell you a clone for £15 – which I’d buy.

In a clear stylistic departure from Canon’s older lenses, this 70-300mm features a minimalist black plastic barrel with slightly off-white printed labelling. The construction is lightweight without feeling too insubstantial, which means that lens balances nicely on cameras of all sizes. However, you don’t get any perks such as weather sealing. 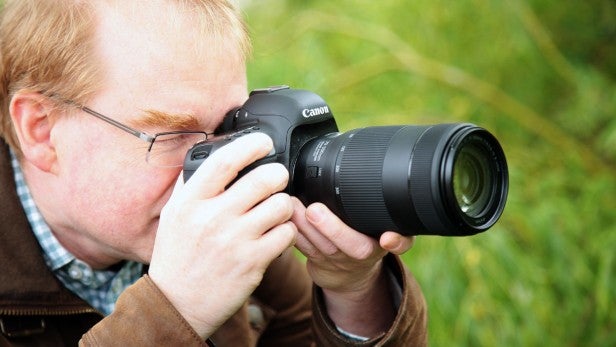 The broad zoom ring covers most of the barrel, unusually including the plastic section in front of the ridged rubber grip. In front of it is a smoothly rotating manual focus ring, which doesn’t rotate during autofocus.

Closer to the camera body are three switches, one to lock the zoom at the 70mm position (in other words, the lens’s shortest physical length), one to switch between auto and manual focus, and the third to switch image stabilisation on or off. There’s no separate panning mode.

Canon has debuted a new autofocus motor on this lens, dubbed Nano USM, which drives an internal focus group. The firm claims that it combines the speed of ring-type USM for stills shooting with the silence and precision of an STM motor for video. The good news, and indeed one of the lens’ highlight features, is that this isn’t just hype; the lens’ autofocus is very impressive indeed. 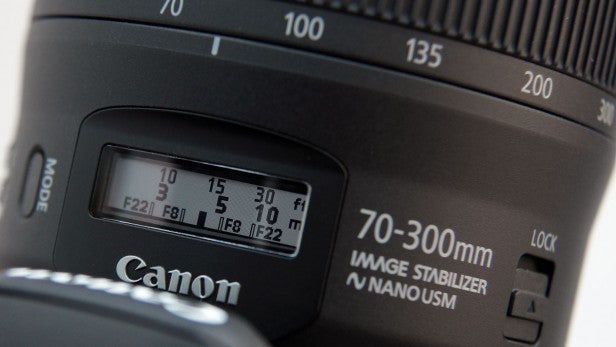 Indeed, focusing is incredibly fast – even when used on a relatively old DSLR body – yet barely audible, even to the photographer in a quiet room. Compared to the previous generation 70-300mm with its slow, buzzy Micro USM motor and rotating, extending front optics, it’s night and day.

In general I found autofocus to be consistently accurate too, on both the latest high-end EOS 5D Mark IV and the much older EOS 50D. However, you do have to pay extra attention to precisely where you place the AF point, since depth of field is naturally very limited. 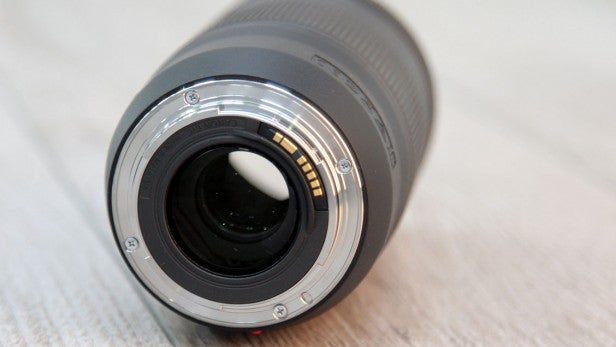 Manual focus is, like many lenses these days, electronically rather than mechanically coupled. This allows full-time manual focus – in other words, you can adjust the focus manually when desired without having the flick the switch on the barrel to the MF position.

One quirk is that when you’re using the camera’s optical viewfinder, manual focus in only available when the camera is turned on and activated by a half-press of the shutter button; however, switch to live view and it’s active all the time.

Examining the images I shot with the lens reveal it to be a very competent performer indeed. Tested on the 30-megapixel full-frame EOS 5D Mark IV, it produces detailed images at all focal lengths, especially when used at the usual sweet spot around f/8-f/11. 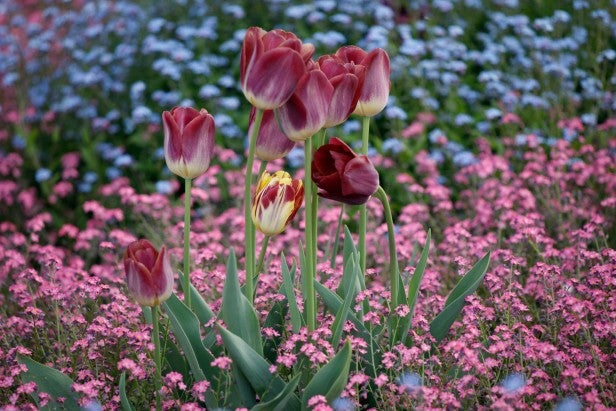 The corners of the frame are noticeably soft and wide open at 70mm, but with this kind of lens they’ll often be out of focus anyway unless you stop down for extra depth of field. However, while the lens offers some very small apertures – f/45 at 300mm, for example – going much further than f/16 will see a serious loss of sharpness due to diffraction.

Naturally, you’ll see some vignetting wide open, along with visible distortion that’s of the barrel type at 70mm, turning to pincushion at longer focal lengths. There’s also visible colour fringing towards the corners due to lateral chromatic aberration. However, all of these flaws can be readily fixed using profiled lens corrections during raw processing, and in-camera with Canon’s more recent DSLRs. 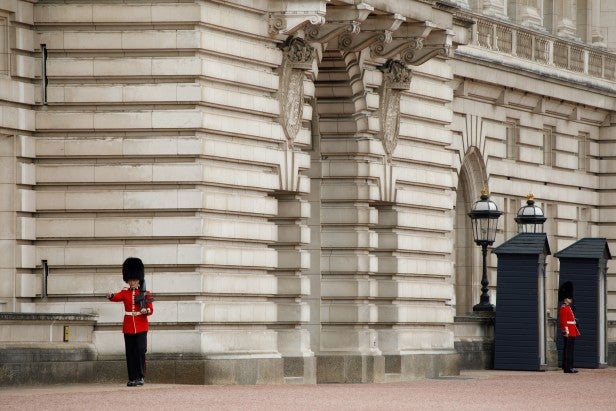 Out-of-focus backgrounds are rendered with generally pleasing blur, although bright highlights can sometimes look hard-edged and ‘busy’, particularly towards the long end of the zoom. Indeed, I found that the lens’ biggest flaw was the aforementioned strong susceptibility to flare when shooting towards the sun.

Crucially for this type of telezoom, the image stabilisation turns out to be pretty effective. I tested it while shooting in local bluebell woods, where the dense foliage cover makes light levels relatively low. This is the kind of situation where image stabilisation can make a huge difference, allowing you to exploit slow shutter speeds to keep the ISO low and minimise image noise. 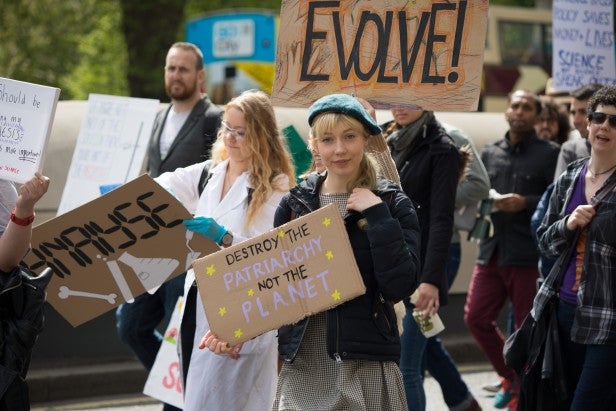 I found that image stabilisation allowed me to use shutter speeds around four stops slower than would otherwise be possible; for example, I fairly consistently achieved sharp images at around 1/10sec at 70mm, and 1/30sec at 300mm.

Our Image Engineering MTF tests reveal the lens to be a very creditable performer. Central sharpness is impressive, dropping just slightly on zooming from 70 to 300mm. The corners are notably softer at 70mm, but improve on zooming longer. Overall, the sharpest results tend to be obtained at f/8 and a stop either side. 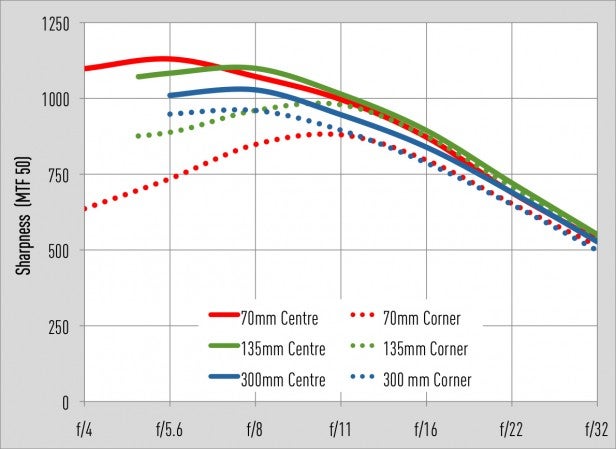 Our tests reveal noticeable shading throughout the zoom range at maximum aperture, which disappears on stopping down to f/8. While the magnitude is similar at all focal lengths, the pattern is noticeably more abrupt into the corners at 70mm. This means it will be more visually intrusive when shooting images that should be even-toned across large areas of the frame. 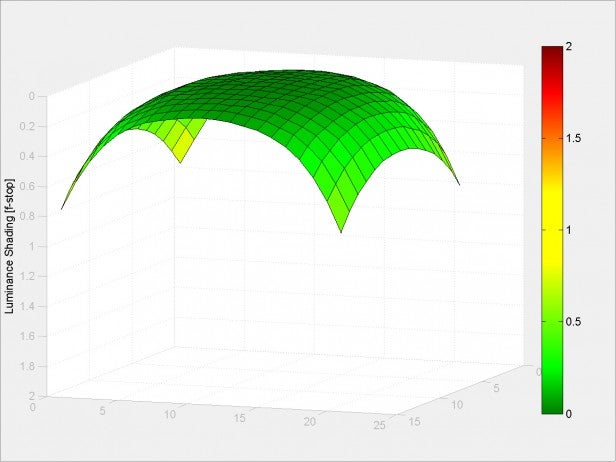 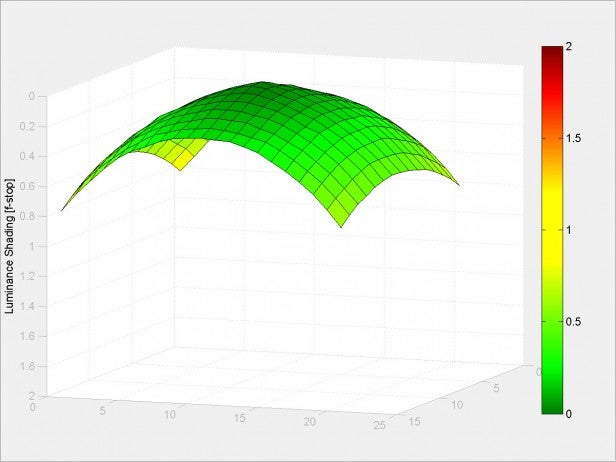 Typically for a telephoto zoom, the lens shows mild barrel distortion at its short end, changing to pincushion distortion at full zoom. I’d want to correct for this when shooting geometric subjects, using either the in-camera corrections available in modern EOS DSLRs, or lens profiles when shooting raw. 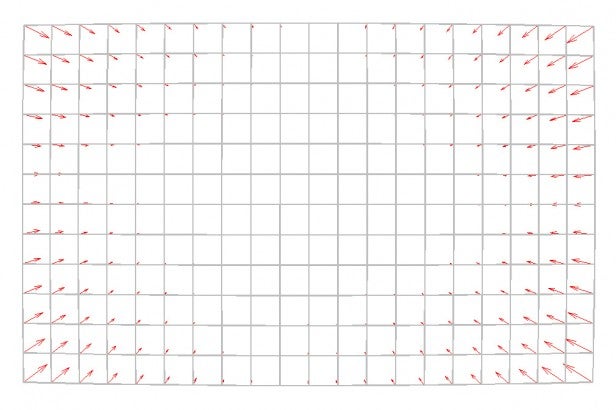 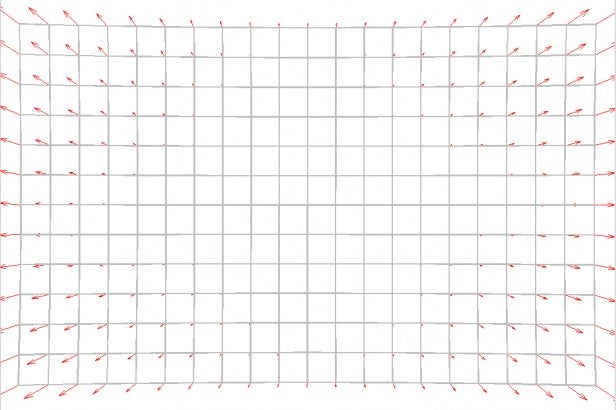 With the EF 70-300mm f/4-5.6 IS II USM, Canon has made a significant and much-needed update to its mid-range telezoom. Most importantly, it has vastly improved the autofocus compared to the previous version, and up-rated the image stabilisation too. This means that it will deliver more ‘keepers’, either when shooting moving subjects, or hand-held in marginal light. This in turn means you can get the most from the lens’ very decent optics. 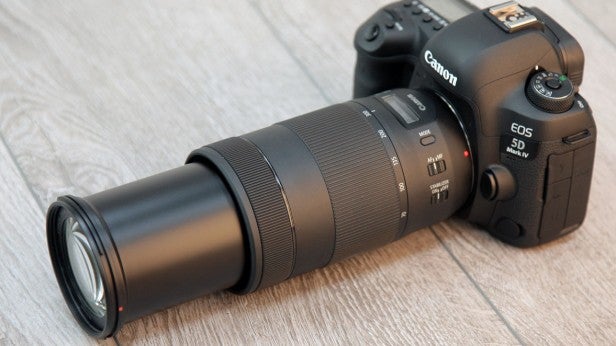 Build quality and handling are perfectly acceptable for the price point, but it would have been nice to see a seal around the lens mount. The LCD panel on top of the barrel is certainly clever, although I’m not sure it brings many practical benefits on this particular lens.

It’s inexcusable for Canon to expect buyers to fork out £75 extra for a hood, but with inexpensive clones available to buy online, this isn’t as serious a concern as it might have been.

This lens is a great match to Canon’s mid-range DSLRs, offering a great balance between portability and image quality.

For the majority of Canon DSLR users looking for a lightweight telephoto zoom for everyday use, the Canon EF 70-300mm f/4-5.6 IS II USM is one of the obvious choices.