Shooting with a full-frame DSLR is a costly business, and this goes beyond the price of the body alone. If you shoot with an APS-C camera but are tempted by the relatively low cost of, for example, Canon’s EOS 6D or the Nikon D610, don’t fall into the trap of thinking that your expenditure stops there. Take the time to check out how much you will have to spend in order to upgrade your system lenses from EF-S or DX to the wider coverage of full-frame models.

The new EF 24-105mm f/3.5-5.6 IS STM is Canon’s smart answer to this issue – an affordable standard zoom that makes the step up to full frame a little less painful. Nothing comes for free, of course, so inevitably this is not as well specified when compared with the existing EF 24-105mm f/4L IS USM lens. However this was introduced almost ten years ago, and perhaps technology has moved on enough since then to make this newer model a better, as well as a cheaper, option. 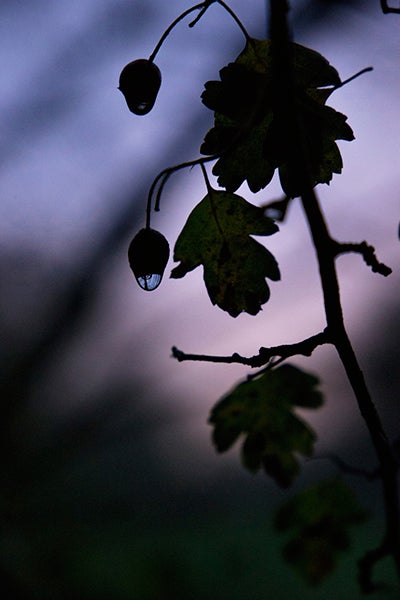 Minimum focus is a useful 40cm

As well as being a more affordable choice for the full-frame user, the other remarkable thing about the EF 24-105mm f/3.5-5.6 IS STM is that it is fitted with a stepping motor (STM) to drive the autofocusing system. This is especially pertinent for moviemakers, as the STM is designed to be able to focus without intruding on the camera’s audio recording. The sound of the lens is so quiet that it should not be picked up unless the microphone is placed directly in contact with the lens barrel itself. In fact, the hum of the 4-stop image-stabilisation system is more likely to be an issue than the noise of the AF – even when the camera is hunting. Canon claims to have improved the AF system further with a high-speed CPU and an updated AF algorithm.

The optical formula employs 17 elements in 13 groups. Canon includes two aspherical elements and an ultra-low dispersion (UD) element to encourage sharpness and clarity, while ‘advanced’ coatings are used to keep flare at bay.

This lens feels pretty much how you might expect it to, given its price point. It seems well made enough, although it could be criticised for its rather plastic feel and its lack of luxurious sparkle – but that’s not really too much of a concern. It is lightweight, which is a good thing, but this also contributes to its perception of appearing a little ‘cheap’.

Canon helps us to differentiate between the zoom ring and the focusing ring by making the former broad and wide-ribbed, and the latter narrow and fine ribbed. As a result, it’s quite easy to tell which of the rings you are operating. As we might expect from an EF lens, the image stabiliser and AF/MF switches live together beneath our left thumb, while the zoom lock is easily reached by the middle finger of the right hand. In the unit I tested, there was no real need to use a lock to prevent the zoom from extending when facing downwards, as Canon seems to have found a good balance between a zoom that extends easily when needed but that sits when it isn’t. The forward section of the barrel was prone to wobbling when I walked around, though. 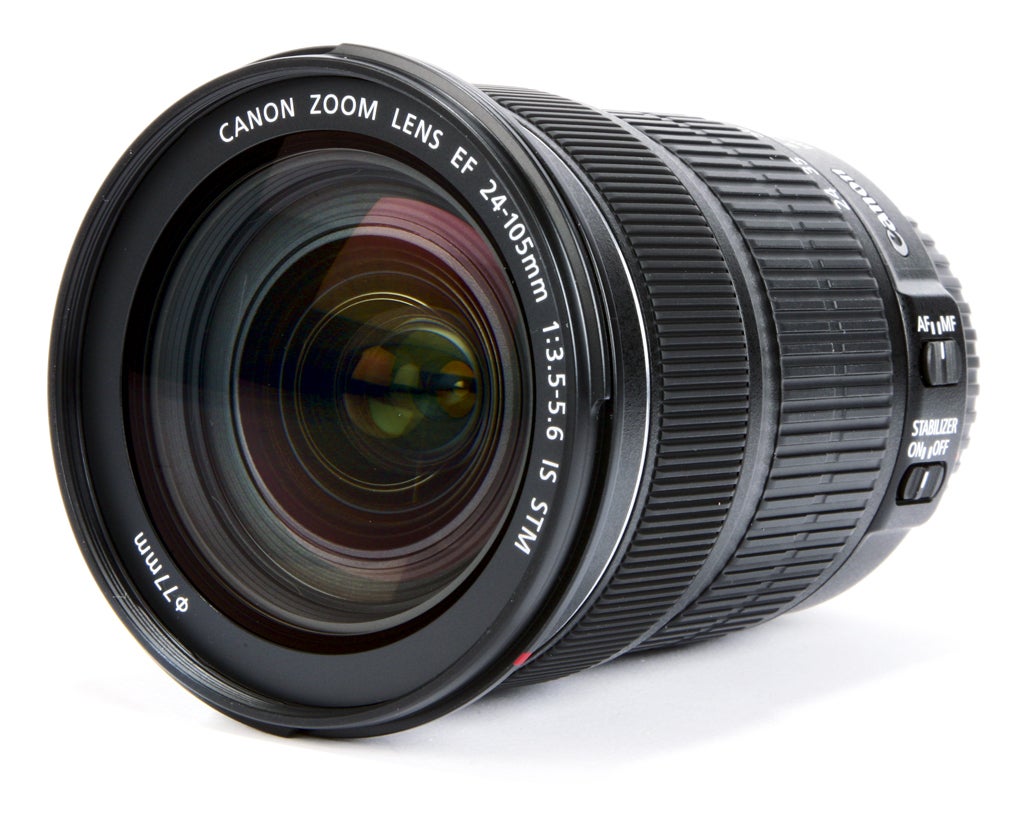 I used this lens on the EOS-1D X and while the size pairing was comfortable and the weight made little impression, the finish looked out of place compared with the glossy styling of the f/4 version.

Working in very low light, in which the camera’s AF couldn’t find enough contrast to pick out an edge, I rather missed not having a distance scale beneath a window on the barrel to help me focus manually.

The stabilisation performs exactly as expected – it is very good indeed.

While I can’t complain about image sharpness in the middle of the frame, what we get in the corners is another matter. Definition at the edge of the imaging circle is OK but not great, and it rarely manages to match what’s achieved in the centre – except when you combine a wideangle with f/11. The best sharpness comes at around f/8, and the wider focal lengths produce the greatest variation in resolution across the frame. 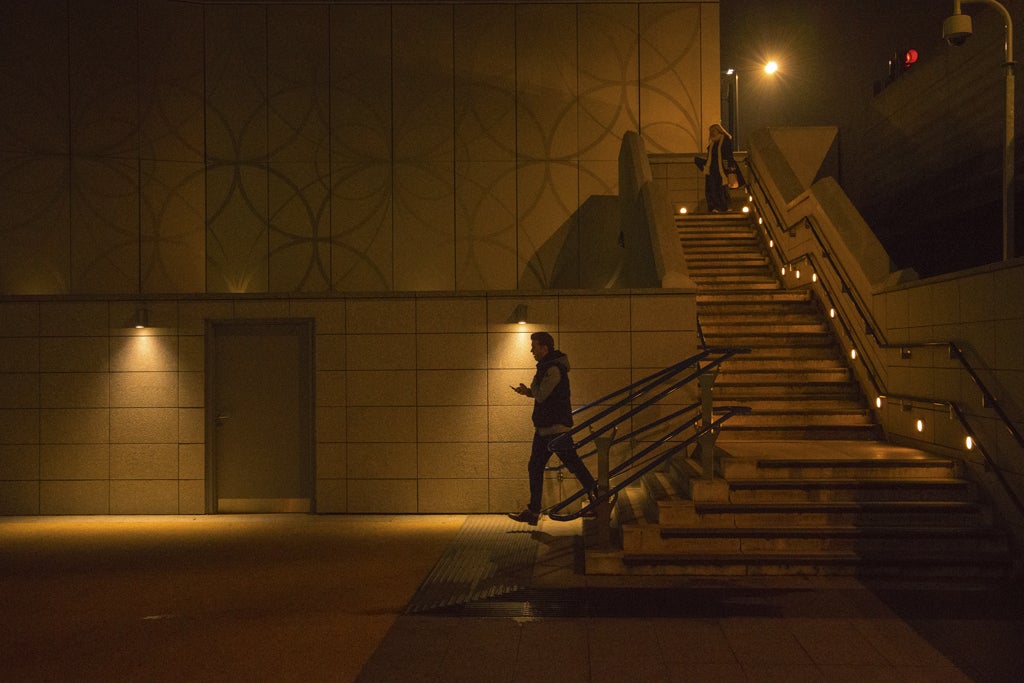 The lens shows barrel distortion at wideangle and pincushion at telephoto, but is neutral around 35mm. Image shown at 40mm, no distortion

Architectural photographers will want to make the most of the 35mm setting, as this is where the least curvilinear distortion occurs. Predictably, the widest end creates significant and visually intrusive barrelling, while pincushion is noticeable from 70mm and continues to the end of the range.

Inspecting the corners of the frame, small purple and cyan edges can be seen in hard-contrast transitions, such as around tree branches photographed against a bright sky. The fringes are not so distinct that they will be seen at normal print sizes, but should you make enlargements they will become a feature of your work.

It is rather cheap of Canon not to provide a hood with this lens, and short-sighted, too, as it does actually need one. I found that while it coped well with light entering the lens directly, bright areas just outside of the field of view created streaks and glowing edges. Lens hood EW-83M will help the lens perform better, but users will have to fork out an extra £30. 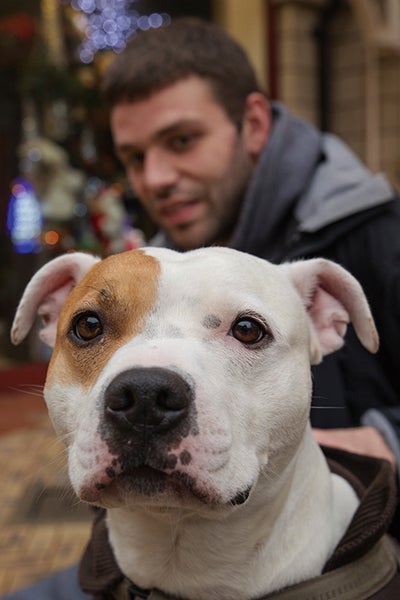 Out-of-focus backgrounds are quite attractive

We don’t only lose detail as we travel away from the centre of the image, we lose light too, but vignetting tends to be more noticeable in lab tests than in real life. Scientific shooters should beware, though.

Our lab test demonstrates that the EF 24-105mm f/3.5-5.6 IS STM is sharpest when used at the wide end of the focal range, but conversely this is also the point at which there is the greatest fall-off from edge to centre – until f/11, where the best overall sharpness occurs. At longer focal lengths, images are generally less sharp at every aperture, with a sudden drop in quality beyond f/16. 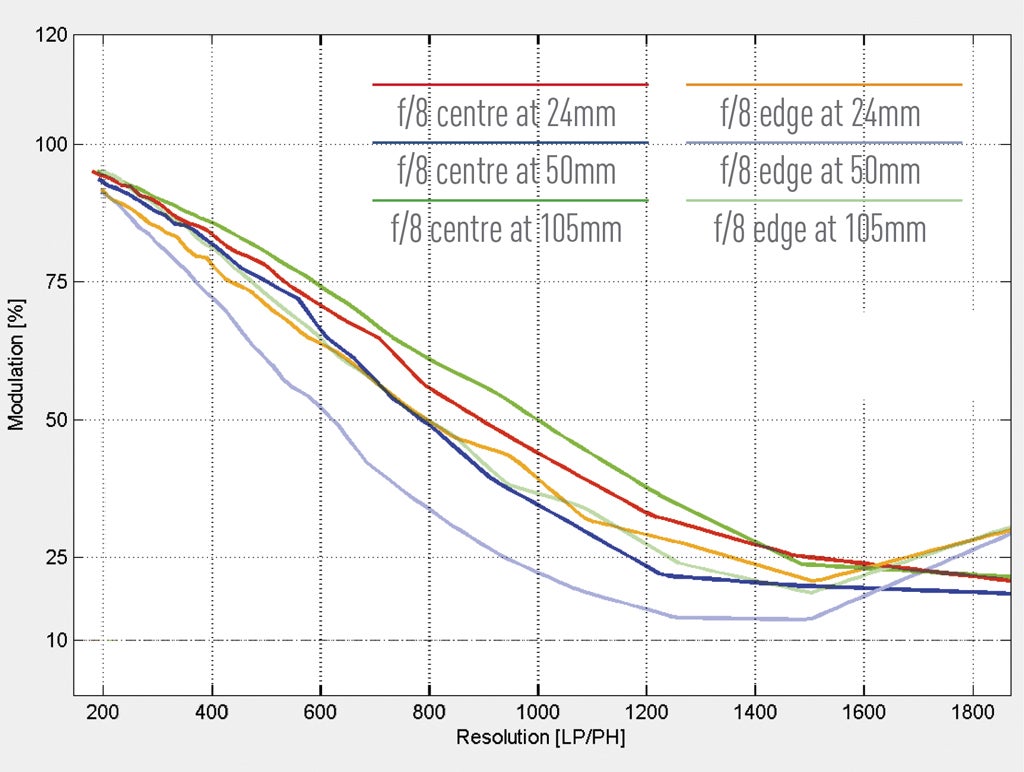 Corner darkening is actually quite dramatic at all apertures when this lens is used at 24mm, but the situation gradually improves through the focal range. By the 50mm mark, corners are ‘acceptable’ from f/8 onwards, and at the longest end of the lens we only need to close by 1 stop (f/8 again) to get rid of noticeable vignetting. 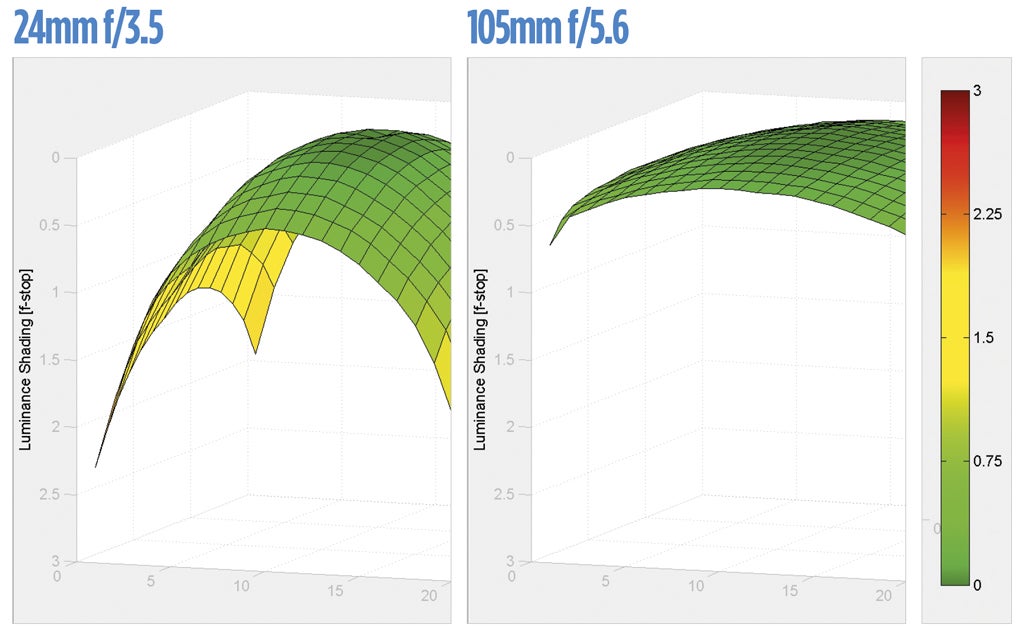 At 24mm, barrelling is inevitably quite serious for any subject, let alone architecture, but it dies away as we zoom in. I found shots taken at about 40mm to be the straightest. Beyond 50mm, pincushion becomes visible, which can be flattering for portraits but is far from ideal for all subjects. 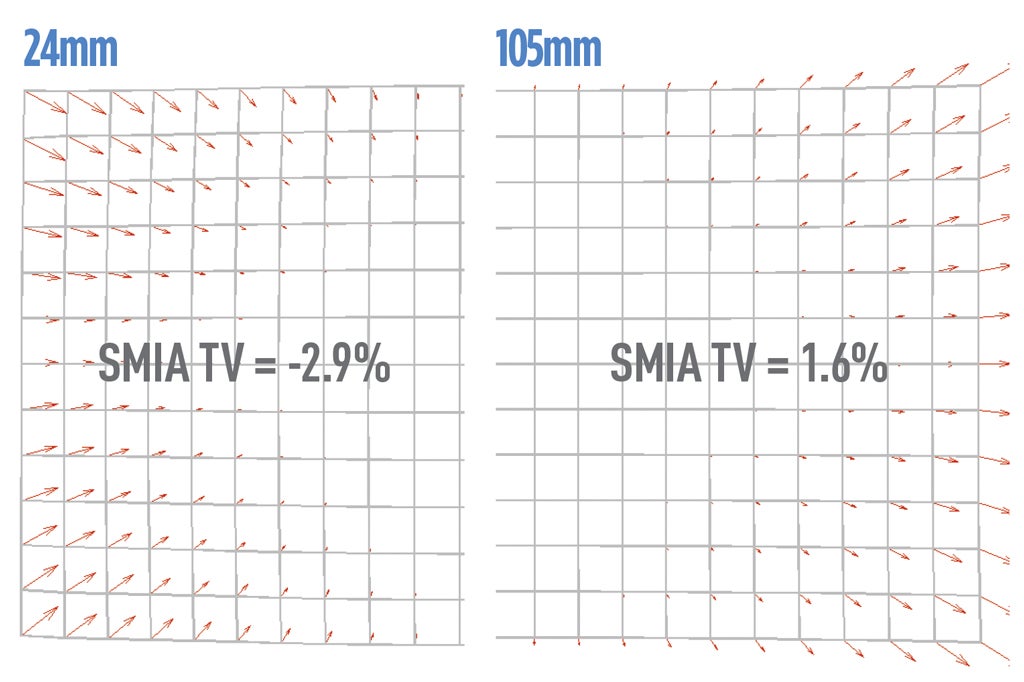 If Canon set out to create a more affordable lens for full-frame camera users, then it has succeeded. If it set out to also provide a low-cost wonder with exceptional image quality, then it has missed the mark. This isn’t a bad lens, but it fails to impress either.

I found I had to employ quite high ISO settings to compensate for the limited maximum apertures, which often created a situation in which even the EOS-1D X was producing noise with a greater frequency than the resolution of the lens. The new stepping motor does work very well, AF really is fast and silent, and the stabilisation is typically excellent, but I couldn’t help feeling that stills shooters would be better off spending the extra £260 to get the older f/4 version, or buying a couple of decent primes instead. The whole point of moving up to full frame is to make the most of the extra quality, and while this lens can produce good images in good light, on many occasions it will neutralise the advantage a larger sensor can offer.