I have at various times been accused of being biased towards Canon, because of the high review scores its cameras often receive. I’d like to assure you that nothing could be further from the truth. In fact I’d say that if anything the opposite is true; because Canon has the largest share of the compact camera and especially the DSLR markets, I tend to hold its products to a higher standard simply because they are so successful. Like most British people I love to cheer for the underdog and boo the over-achiever, but the fact is that Canon cameras get high review scores because they are, almost without exception, very good products. However a reviewer should always strive to be impartial, so I’ll happily point out faults where I find them. 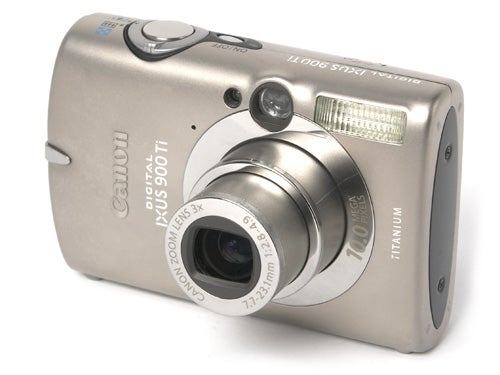 Take this Friday’s review camera for example. It’s the flagship of Canon’s Digital IXUS range, the 900 Ti launched last September. It’s a high-spec pocket compact camera, featuring a 3x zoom lens, 10.0-megapixel 1/1.8″ CCD sensor, 1600 ISO maximum sensitivity and a 2.5-in 230k LCD monitor. If that wasn’t enough it also has a titanium body. Titanium, as I’m sure you’re aware, is a metal which is stronger and lighter than steel, and is able to withstand the temperatures and stresses of sustained speeds over Mach 3, which is sure to come in handy. It’s also a very pretty metal, giving the IXUS 900 a lovely matt bronzy-grey finish which is beautifully set off by its chrome highlights. It’s a very sexy looking camera, and it almost goes without saying that the build quality is fantastic. The titanium body is immensely strong and resists marks and scratches, and all the controls feel like they’re made of the same stuff. This is a camera that should be able to survive in any pocket of handbag without damage. 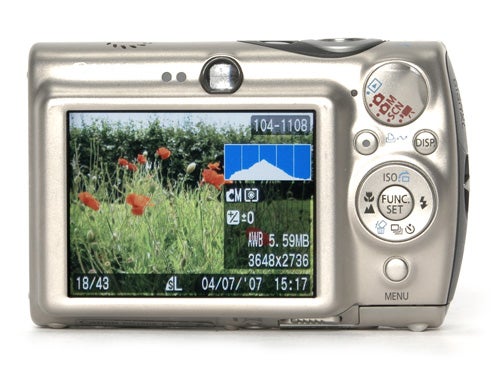 Unfortunately the same cannot be said for the LCD monitor, which is a great pity. Like most of Canon’s high-end compacts the 900 Ti has one of the best monitor screens on the market. It is bright, sharp and fast, with excellent contrast and a superb anti-reflective coating to make sure it works just as well in bright sunlight. Unfortunately it also also marks very easily. The camera which I was sent for review had previously been reviewed by someone else, and whoever it was should be ashamed of themselves. I always treat review cameras as what they are; somebody else’s very expensive property. I make sure I return them in the same pristine condition in which I usually receive them, but this one arrived looking like it had been put in a sack full of rocks and shaken for a few hours. While the titanium body was largely unmarked, the monitor screen was covered in scuffs and scratches. Fortunately it still worked perfectly, testament to the camera’s durability, although not to the manners of whoever was responsible.

Of course all that gorgeousness and indestructibility doesn’t come cheap. The lowest current internet price for the IXUS 900 Ti is £195, but you’re more likely to find it for around £230. Compare this with the price of some other high-end 10-megapixel compacts, such as the Casio Exilim EX-Z1050 (£143), Pentax Optio A30 (£154) or Sony Cyber-shot DSC-N2 (£215) and you’ll see that the Canon is very much a premium camera. It’s even expensive compared to the rest of the notoriously pricey Canon IXUS range. The brilliant IXUS 850 IS is around £214, while the IXUS 75 is around £195. Even the new IXUS 950 IS is only around £220, but as you’ll see next week it’s really worth the money. 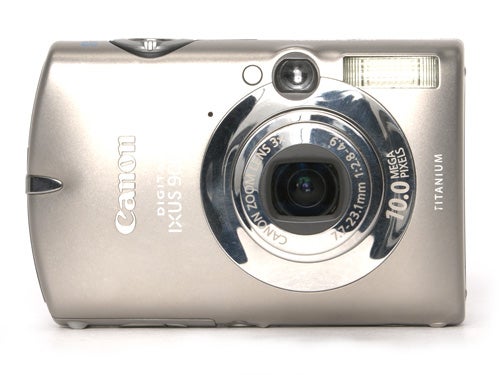 So apart from good looks and the Canon name, what does the IXUS 900 Ti offer to justify its hefty price tag? It’s certainly not size and weight, because it measures 91.2 x 59.6 x 28.2mm and despite its high-tech Titanium shell it weighs a chunky 165g without battery or memory card, making it significantly thicker and heavier than any of its immediate competitors. It’s not exactly bursting with fancy features either. The Casio Z1050, Sony N2 and Pentax A30 all feature CCD-shift image stabilisation systems, but the IXUS 900 Ti has no image stabilisation at all. It has no manual exposure options (the Pentax A30 does) and only ten scene modes (the Casio Z1050 has 38). By current standards it looks a bit frugal. 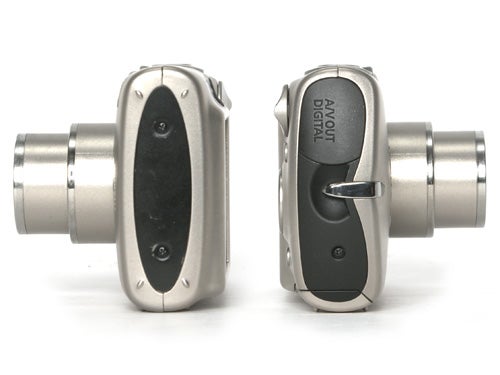 It does have some features of course, but they are common ones found on nearly all Canon cameras. It has an optical viewfinder, which is rare these days, although it is very small and dark. There are wide range of colour adjustment options including settings for different skin tones, as well as manually adjustable contrast, saturation, sharpness and colour balance, and of course the usual metering options of multi-zone, centre-weighted or spot. AF options include Canon’s AiAF system or the now ubiquitous face detection mode. Like all of Canon’s compacts the 900 Ti features a quick-to-use function menu for most common settings, and also has an on-screen display of the operations available via the D-pad, which include ISO setting, continuous shooting and delay mode, and flash options. The external controls are all very well laid out and easy to operate.

The camera does have one unusual feature, which is a video mode which can shoot at a resolution of 1024 x 768 pixels, about three times the size of normal VGA, but only at 15fps. Fortunately it does also have a standard VGA 60fps mode. 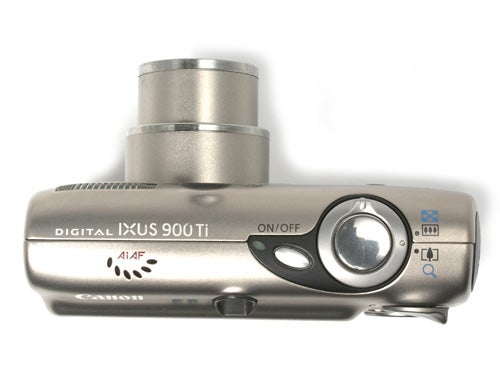 The real features of the 900 Ti are less obvious, at least until you switch the camera on. It starts up in roughly one second, which is fast by any standard, but it is the autofocus system that really stands out. It focuses in well under a second in virtually any lighting conditions, and thanks to a bright AF assist lamp it will even focus in darkness at a range of around three metres. Canon is of course well known for its high-quality AF systems, but the 900 Ti really does impress. The only faster camera I’ve seen recently is the IXUS 70. The rest of the camera’s performance figures are equally impressive. In single-shot mode shot-to-shot cycle time is an impressive 1.5 seconds, and in continuous shooting mode it is capable of an even more impressive two frames a second, and can keep this up until the memory card is full. I can’t think of another compact camera that can match that speed. It should be able to keep it up for a while too, because the big 1120mAh Li-ion battery is supposed to be good for 230 shots, but this may be a bit on the conservative side because I was able to take over 150 shots and the indicator was still on two out of three bars. 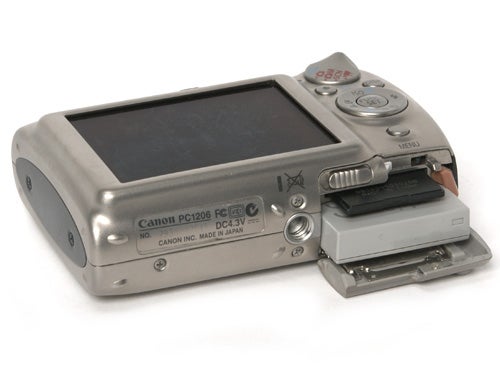 Picture quality is also impressive. The larger 1/1.8″ CCD avoids most of the problems associated with small high-resolution sensors, and produces better dynamic range and much better image noise control than some other 10MP compact cameras. The 900 Ti produced usable pictures with fine detail at 800 ISO, and from 400 downwards I’d describe the picture quality as excellent, although I still don’t think there’s a noticeable advantage in choosing a 10MP sensor over an 8MP one. However the 900 Ti uses very low file compression at maximum quality, resulting in JPEG files that can be over 5MB. This means that a 1GB memory card is will hold around 239 images.


The 37-111mm equivalent f/2.8 – f/4.9 lens is particularly good, producing excellent centre sharpness with almost no wide-angle distortion, and only in the extreme corners of the frame did sharpness really fade. Colour and exposure were of course effectively perfect, with the multi-zone metering system coping well with high-contrast scenes and producing good shadow detail, although sometime at the expense of highlights. The picture quality alone almost justifies the price. Almost.

The Canon IXUS 900 Ti may have a tough and attractive exterior, but inside it has a fairly straightforward specification, with little in the way of unique features. Its impressive build quality, class-leading performance and excellent picture quality are undeniable, but there are other models in the Canon IXUS range that offer these same qualities plus more, but for less money. 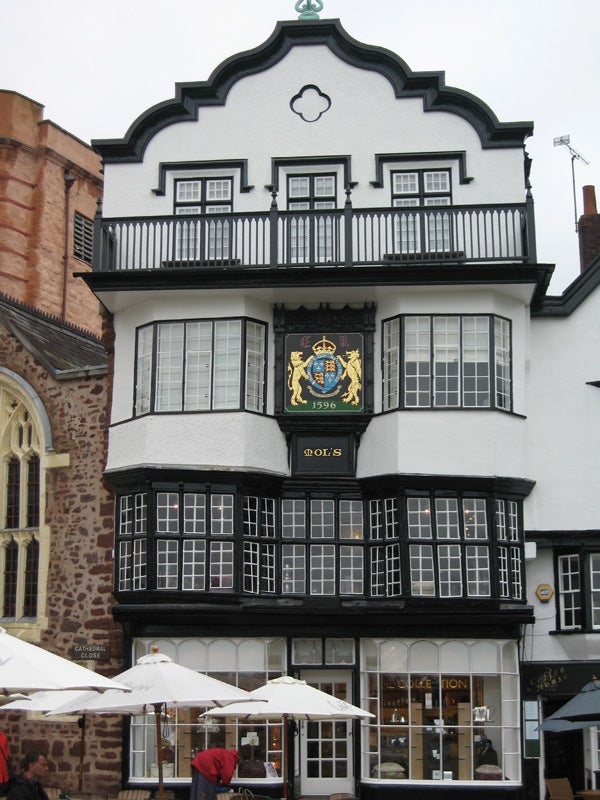 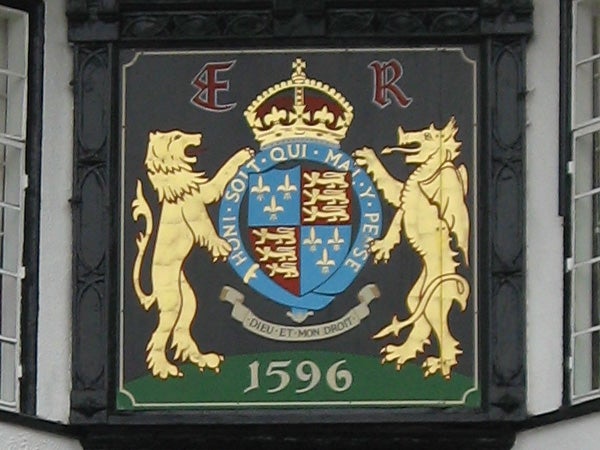 This is the minimum 80 ISO setting. Picture quality is very good, with fantastic fine detail. Look at the lettering on the small banner. 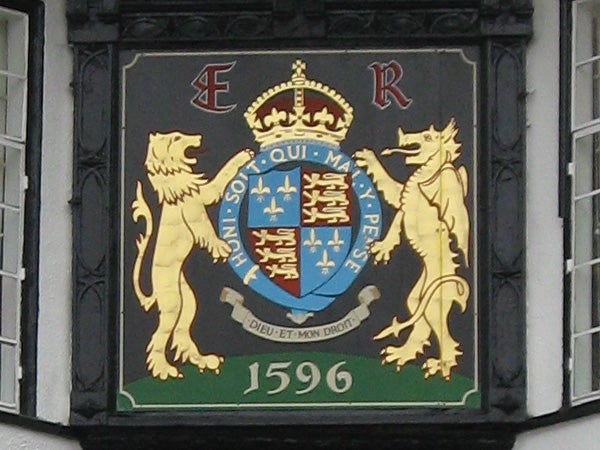 100 ISO. There is some colour mottling in the black areas, but nothing to worry about. 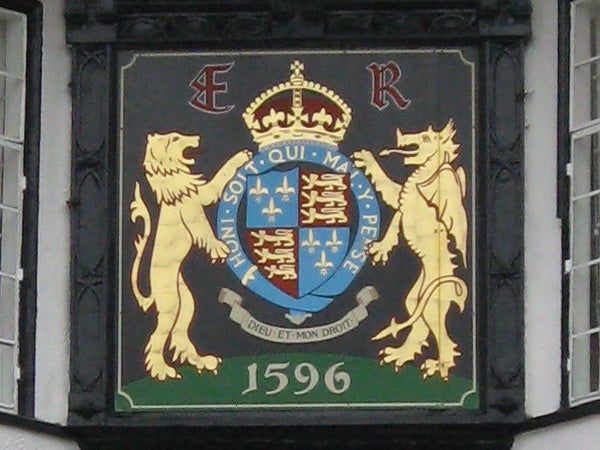 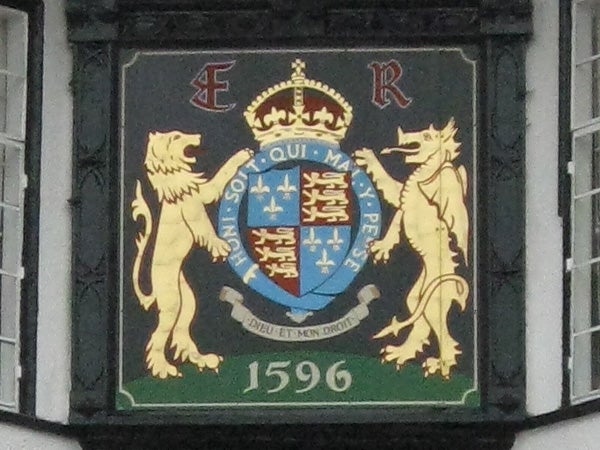 Slightly more noise at 400 ISO, but again the fine detail is preserved. Compare this with the results from the Pentax A30 to see two different ways of handling image noise. 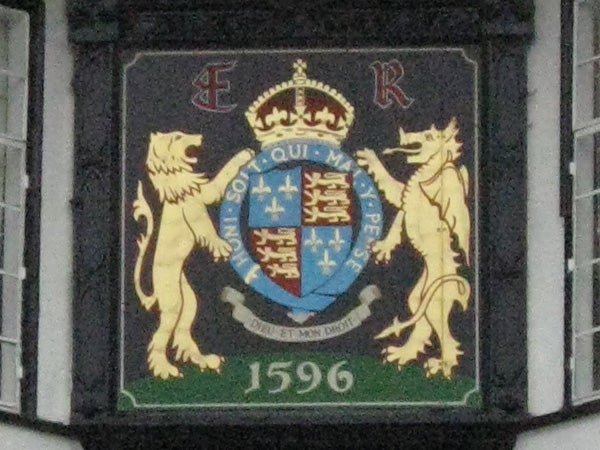 Only at 800 ISO is some detail lost, but the banner is still readable which is impressive for a 10MP camera. 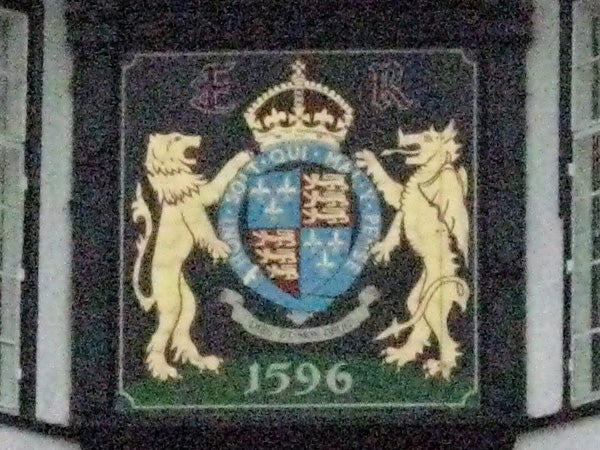 At 1600 ISO the image noise really kicks in, and a lot of fine detail is now lost. 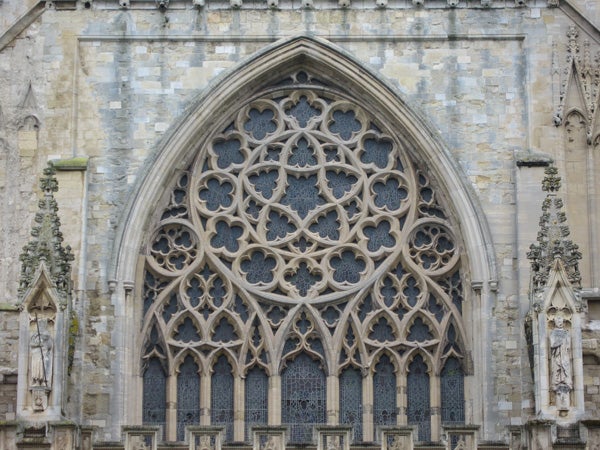 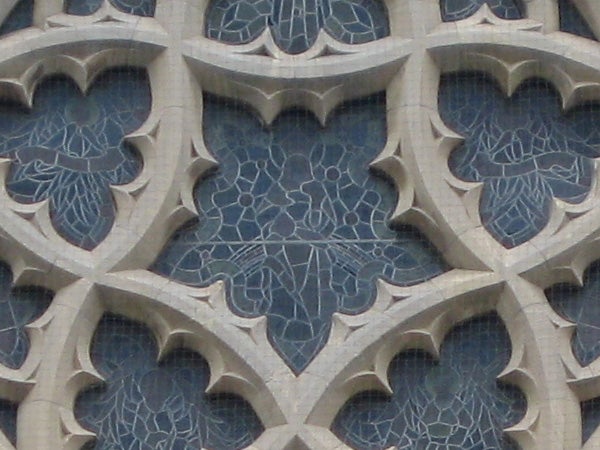 It’s interesting to compare this 10MP image with the results from the 7MP Casio EX-Z75 from last week. The advantage of those extra 3MP in fine detail really isn’t that great. 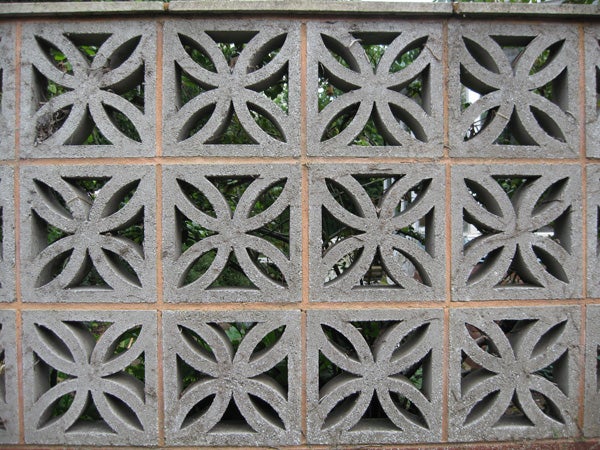 The Canon’s lens is excellent, producing pin-sharp detail and virtually no barrel distortion at wide angle. 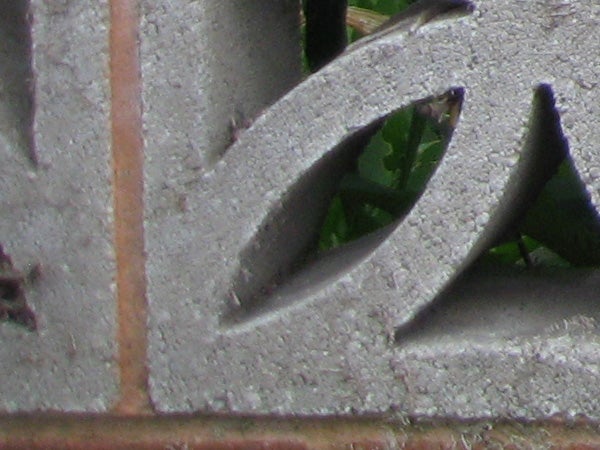 This is a corner crop of the above image. The sharpness only really drops off in the extreme corner of the frame. 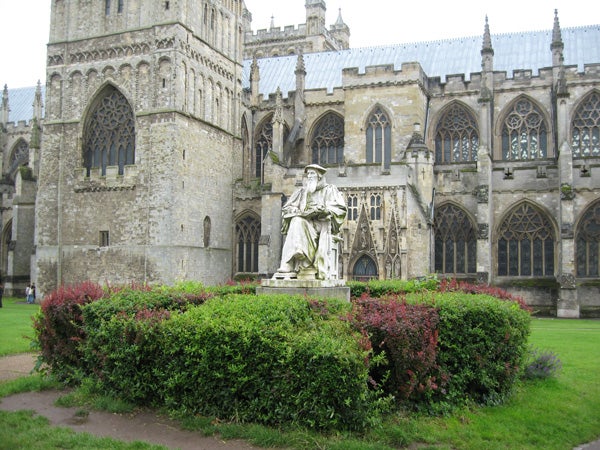 The wide angle end of the zoom range is only 37mm, which is about average. The full-size version of this image is 5.4MB, which is unfortunately too large for for our download system at present. 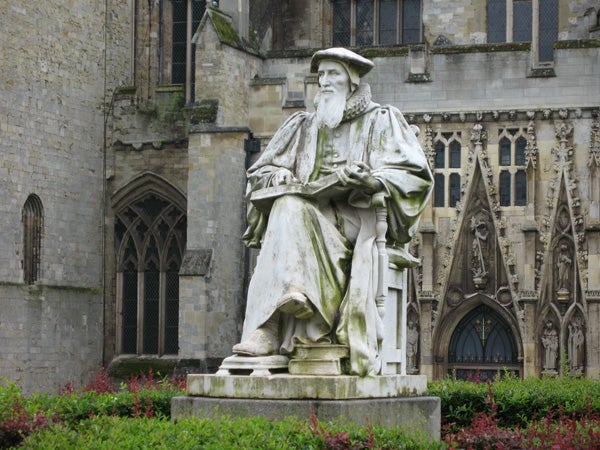 The telephoto end is equivalent to 111mm which is also about average, but great for close-ups. The full-size image is over 4.4MB. 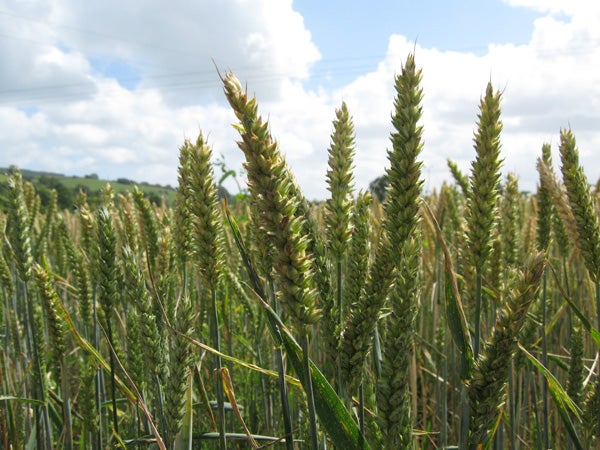 These barley stalks were waving about a bit in the breeze, but the AF system caught them perfectly. 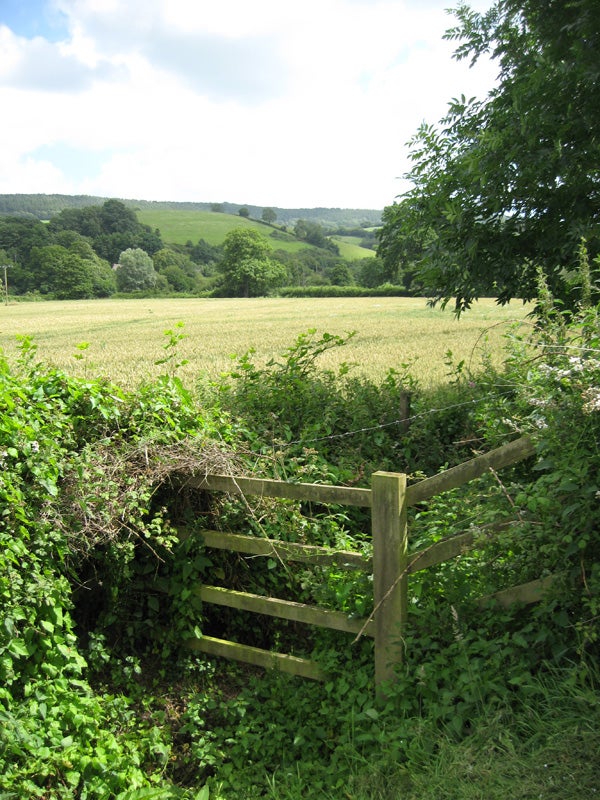 The higher than average dynamic range afforded by the high quality sensor and DIGIC III processor means there is plenty of shadow detail, although the sky has some burned-out areas. 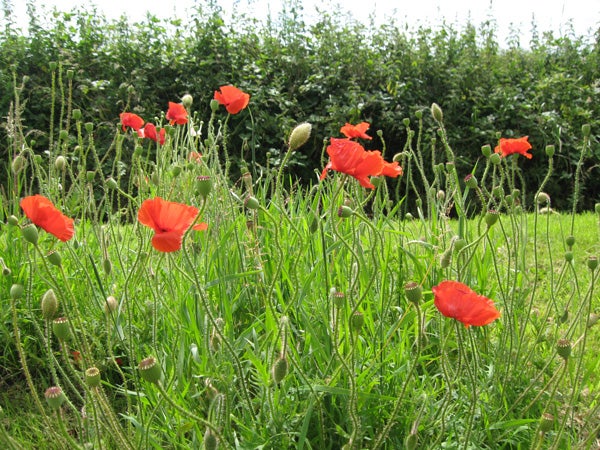 Colour reproduction is, of course, superb.